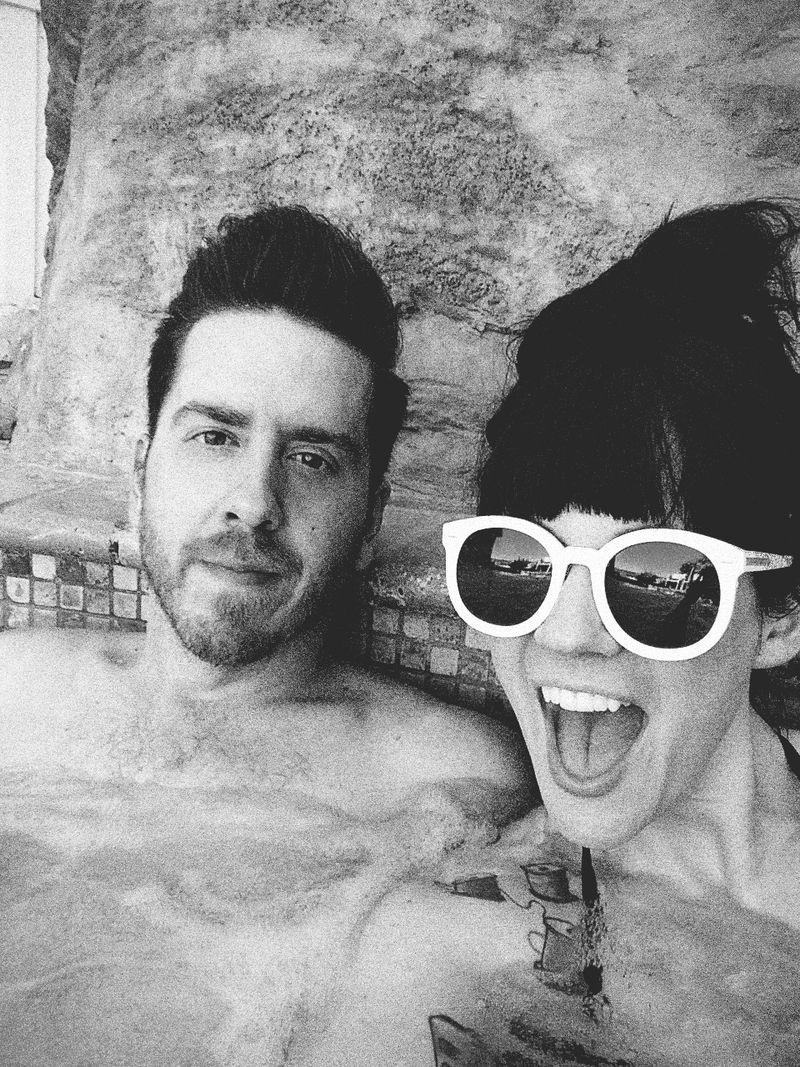 Hey, friends! Recently I completed two Whole 30 challenges in a row. My husband got interested during my first thirty days and decided to join me on the second 30. I learned so much during those two months. It was full of ups and downs, highs and lows.

Today I'm here to share ten things I learned during my Whole 30. Jeremy helped me write these. So really, it's from both of us!

1. Cooking at home is not that hard.

Before we started Whole 30, we ate out almost every single night. We sometimes made lunch and occasional dinners at home, but for the most part we went out for dinner to one of our 3-4 spots that we rotate through. I was definitely one of those people who thought they didn't have time to cook because, after a busy day of work, all I wanted to do was unwind and talk with Jeremy…not run to the grocery store and make a meal.

I learned very quickly that eating out is not fun while doing Whole 30 (at least it wasn't for me). Eating at home, on the other hand, was simple. Making dinner could be done in 15 minutes and I liked almost all the foods I made. So we very quickly switched to preferring to eat at home for almost every meal. And I love my new addiction to eating at home. Obviously, it saves money, which is great, but it's also WAY healthier. Now that I'm aware of all the hidden sugars in foods, I love cooking at home because I know for sure what's what.

2. Sugar is in everything.

When I first started the challenge, I remember I was at the grocery store with my sister trying to buy a package of bacon. I looked at the back of every single package shocked that they all had sugar. Deli meat is the same way (and often has gluten too). There are so many normal things that you probably eat every day (that don't taste sweet) that have sugar as a main ingredient. Things like soup, sauces and salad dressings are very hard to find without any sugar. This was eye opening to me.

3. Traveling without cheating is possible.

OK, so I already told you above how much I love eating at home now and really prefer it over a restaurant whenever possible. But travel is a big part of my life and I was never going to find a thirty day period that didn't involve any travel. So I chose one that at least didn't have any vacations (all work trips and some travel involving our move). In the past I have always used travel as a "free pass" for food, indulging in sugary foods at the airport and in all the new cities I visit. But for these two months I traveled four times without cheating at all!

Here's how I did it—First of all, I was always honest with friends about my situation. I tried to always warn people that I was doing Whole 30 but that they shouldn't worry about me because I knew what to order anywhere we would go. Getting that social aspect out of the way is huge! I always kept a few Lara bars and some roasted almonds in my purse in case I got super hungry. My favorite places to eat on the road are any breakfast place and any place that serves guacamole (because that was my favorite salad dressing). One last tip—if you feel super sad to be missing a "food moment" that feels special (travel can be full of those), just promise yourself that you will indulge in that food next time. Putting it off always helps me, rather than feeling like I'll never eat a donut again (wahhh!).

4. This is a chance to kick other bad habits.

Giving up sugar was the number one habit I was trying to kick during my Whole 30, but given how much it shook up my normal life, I felt like it was a good time to look at all my habits. Spending too much money eating out was a big one. Every time we do our budget, we vow to eat out less (but it's SO hard!). So this was the perfect opportunity to switch eating out to a special occasion thing like we always wanted to. If you have a personal goal, I highly recommend using your Whole 30 to multitask it and conquer two goals at once.

5. Snacking is a powerful habit.

Whole 30 encourages you to stop eating after dinner. This was difficult for me at first because Jeremy and I love having a night snack while watching a TV show. When he would show up at night with his little snack that I couldn't share, it was a bummer at first. It made me realize how powerful habits and routines of food can be. Drinking is the same way. I didn't think I could go that long without being able to have drinks with my friends because it's a big part of our social life, but routines make things feel more impossible than they really are. (#youcandoit)

After a few weeks I didn't mind the no snacks after dinner rule, and now, after several months, I prefer it. When you're at the beginning, remember that it won't always be that hard. You just have to develop a new routine!

This is one of the best, most important things I learned. I talked a little bit about this in my fitness story, but I think that the reason Lose It didn't work for me (even though it did work for my husband and a lot of our family members) is because I wasn't using my calories on the right foods. So I was always hungry and that's not something you can live with long term.

The super cool thing about eating super healthy foods (protein and vegetables) is that you never really have an issue with overeating them. You just get full. So even though I was doing one of the most challenging things I've ever done, I was full after almost every meal, which I think is important.

If you don't believe me, just try to eat as much kale and salmon as you want and you'll see! It's pretty drastically different than pizza, which I could keep eating…forever.

I know some of you are like, "no way", but I'm serious. The La Croix addiction is real. And once you make that transition, the idea of a Coke will no longer be appealing. And when I think now that a Coke has basically the same calories as a donut, I can't believe I was drinking them so casually.

Jeremy was into diet sodas. For the last few years he lost a lot of weight and got into fitness (yay!), and diet sodas became his go-to (boooo). I kept bugging him to try to quit them because of the artificial stuff and chemicals. And let's just say he was not open to it.

But when I did my first Whole 30, he started drinking La Croix with me, and once he got used to it, it's now the only soda he will drink. We drink one every night and it's been a good replacement for wine and cocktails (now we only drink alcohol on the weekends—yay!).

Main point—try it for long enough to get used to it before ruling it out. It OBVIOUSLY does not taste as good as real soda at first, but after you adjust it's still really good.

8. You have to push to keep trying new things!

As with anything, it's easy to get settled into a boring routine. Jeremy has a pretty high tolerance for eating the same foods every day, and I do too, but then we get SUPER burned out on that food and can't even look at it for while.

If you're thinking of doing Whole 30, try to challenge yourself to try at least two new recipes every week. Getting new items into your menu is really important for not hating everything. 🙂 I promise.

9. Homemade lattes are a thing!

If you love coffee, this next part is important. A lot of places have coconut milk and/or almond milk lattes on their menu, but they're usually sweetened milks, meaning they have added sugar (some of them a LOT). Maybe you'll find a local place that has unsweetened nut milk, but you're not going to find that at a chain (soy milk is the same way). This is kind of a bummer because basically the only things you can order at Starbucks while on Whole 30 are an unsweetened black coffee or an unsweetened tea.

So making lattes at home is a really good option (we make them at work too). Try making a homemade latte or cold brew coffee and adding cashew milk and a little bit of cinnamon. That's my favorite.

I've gotten to where I enjoy black coffee now too, but for a more special treat, lattes are really delicious.

Since completing my challenge I haven't gone back to a totally normal diet and I'm not planning to. I basically just reintroduced the foods that are really special to me, that make the weekends fun. But I haven't had any bread whatsoever and I'm not really missing it. Maybe yours will be different, but one of the best things I learned during Whole 30 was which foods are special to me. For example, we now have "cheese night" every weekend where we make a cheese plate and I look forward to it all week. And breakfast sandwiches—I can live without those. I'm so happy to have found this balance!