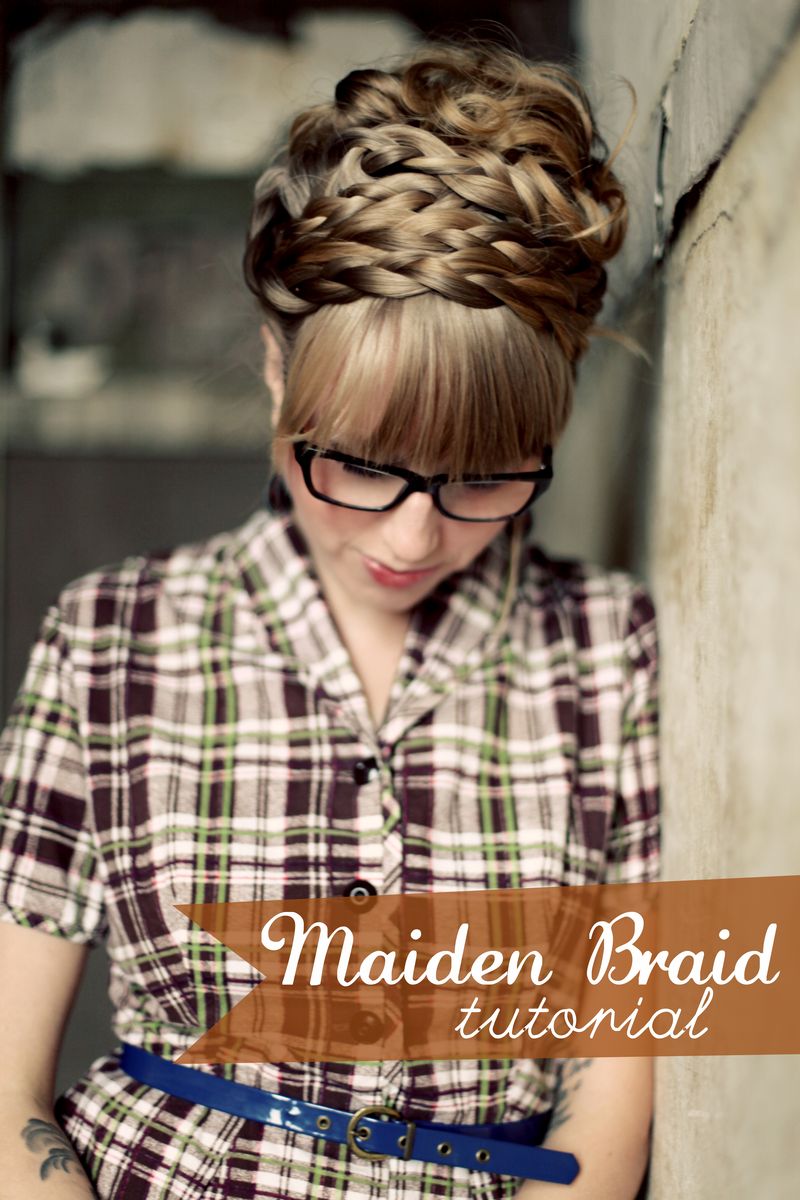 Last month I did a makeover story with Kelsie and had many requests for a maiden braid tutorial. Yesterday she came in and we photographed these simple step by steps. Kelsie has extremely long and thick hair, but anyone with shoulder length or longer can do these braids (see my photo below for an example).

Steps 1-2: Braid two strands on each side of a center part.

Steps 3-5: Wrap braids around the crown of your head and pin in place with one pin each.

Step 6: Arrange braids so that they cover the front of your head like a headband. Pin into place more securely until you feel comfortable.

Steps 7-8: Pull the rest of the hair into a ponytail and pin it into a cute messy bun. Note: This step is optional. You can also wear your hair down like my photo below. 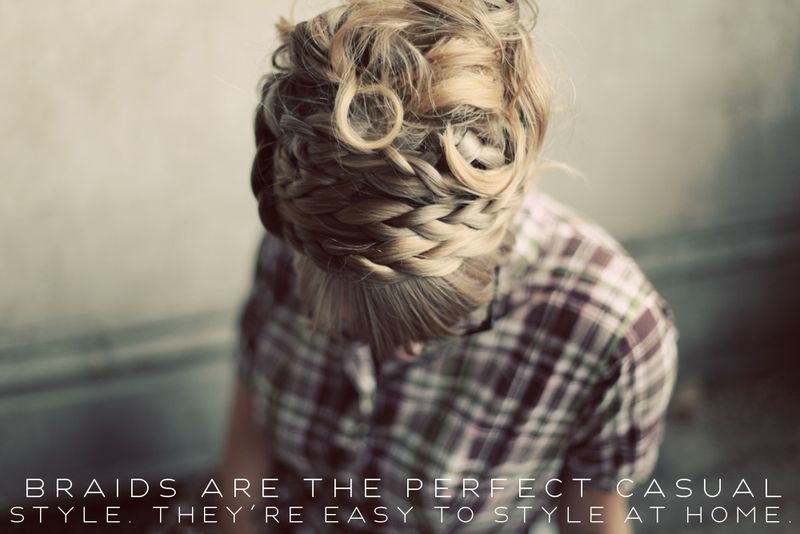 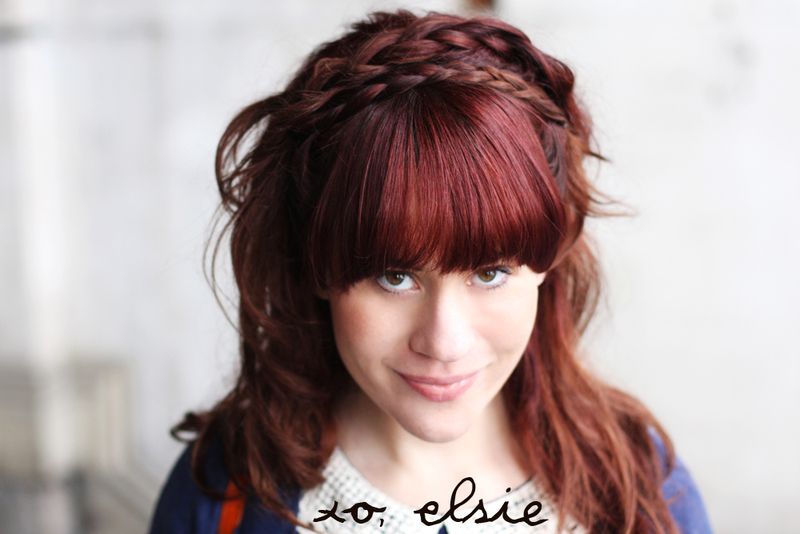