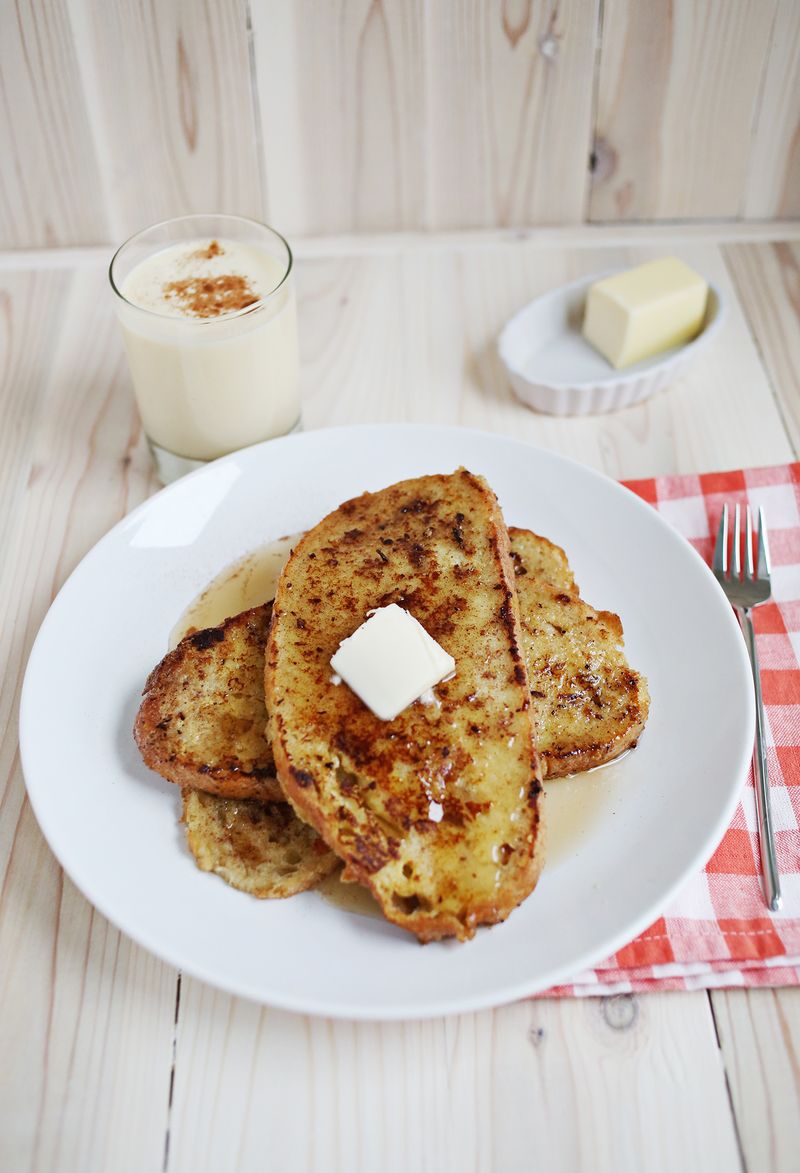 Confession: I hated eggnog growing up. Do most kids like eggnog? It's sort of weird, right? It's super thick milk that tastes kind of egg-y. Not really kid-friendly.

Plus, lots of eggnogs tend to be spiked. Just for the record, that's not what I tried as a kid. I had the non-spiked version. But either way, I just didn't care for it. 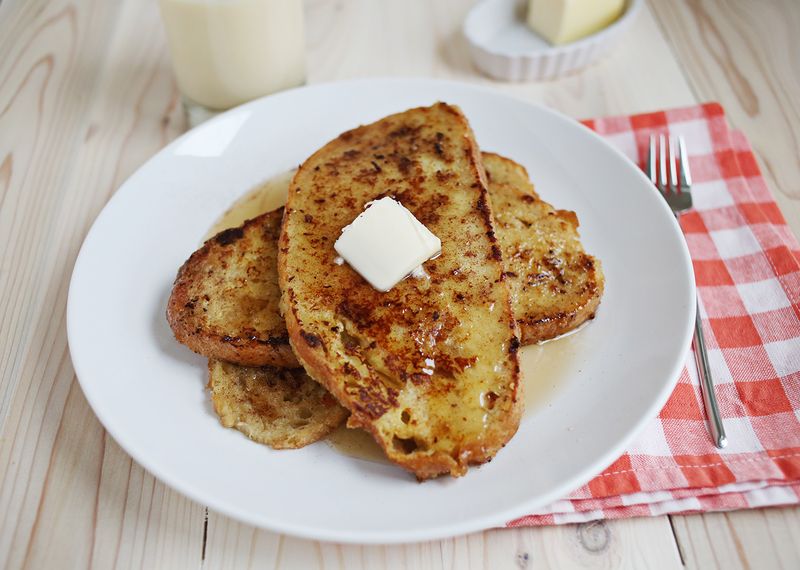 Honestly, it wasn't until I tried my first eggnog latte about three years ago that I got hooked. I try to keep the eggnog consumption to a minimum-ish during this season (mainly because there are too many good things to eat during the holidays). But every December I get in the mood to make something with eggnog.

Last year I made eggnog cinnamon rolls. Those are delicious, but they take a little while to make as the dough has yeast. So, I thought I'd make something easier this year. And french toast just sounded right. 🙂 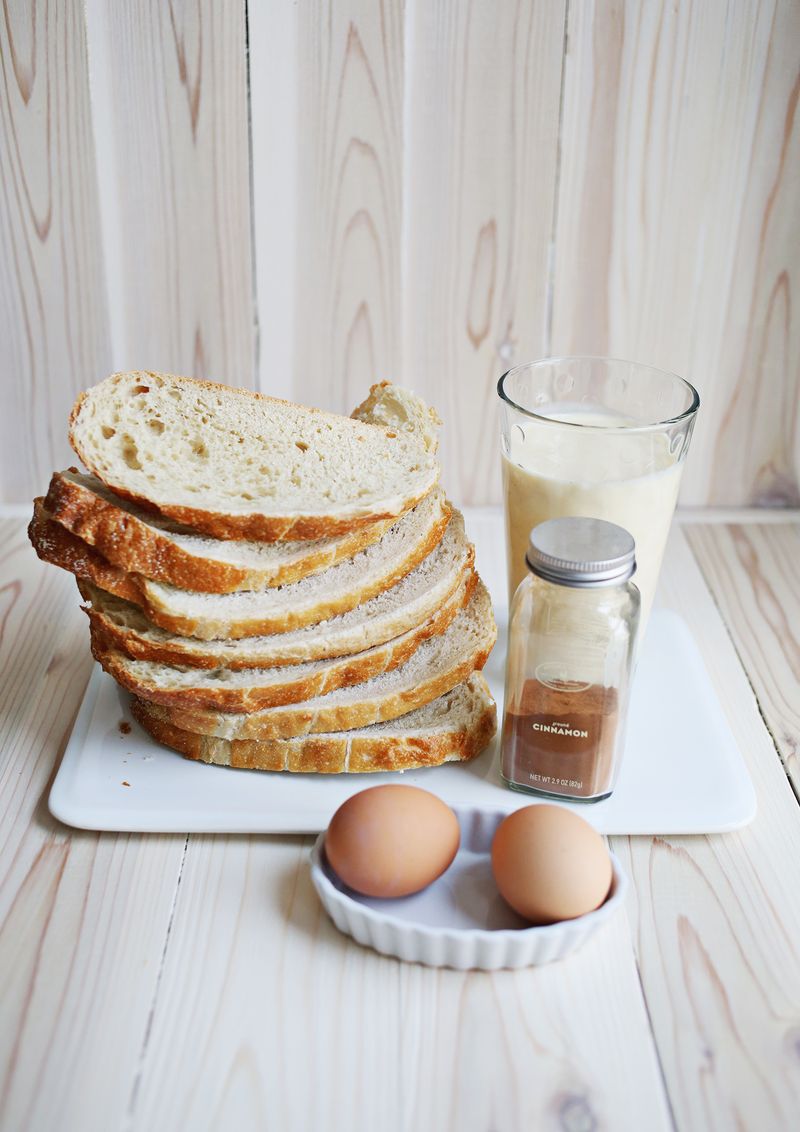 I'm not joking about day old bread. In my opinion that is the number one trick to making great french toast. Slice your bread thick and then leave it covered or in an open bag overnight (so it gets a little stale). If you just have stale bread on hand, then you're already there!

In a large bowl whisk together the eggnog, eggs, cinnamon, and vanilla extract. Dip the bread in the mixture so it becomes complete submerged (if you're mixture is too shallow, flip the bread so both sides get coated. 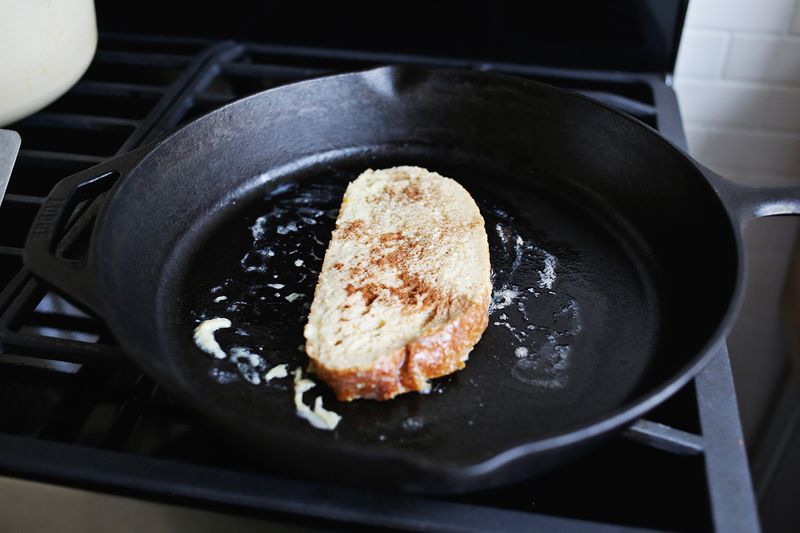 Heat a pan over medium heat. Add a tablespoon or two of butter or oil. I actually use a little bit of both because I prefer the taste of the butter but I like how the oil produces more crispy edges. You can choose your own adventure here.

Cook the bread on each side for 3-4 minutes (or less depending on the thickness of your bread). Once the egg mixture looks cooked on both sides, remove to a plate and brush with a little melted butter (optional, but just do it). 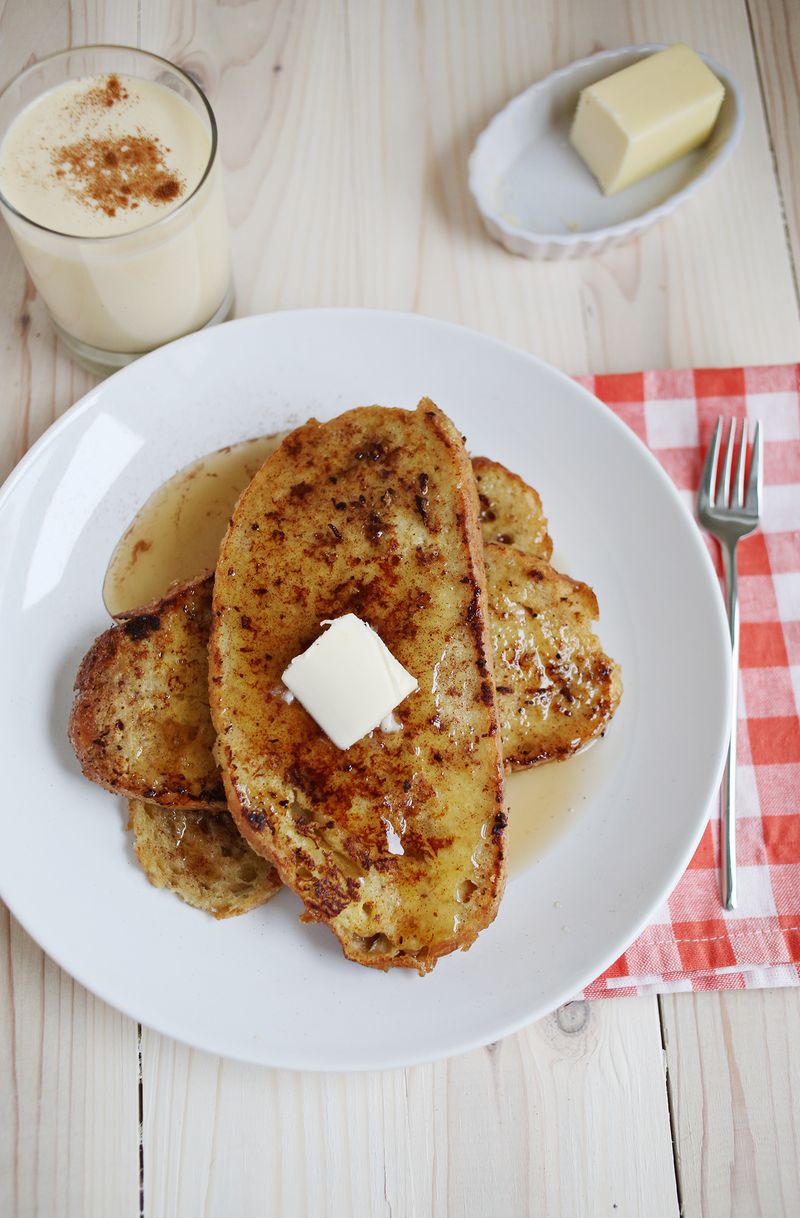 Continue until you have cooked all the bread into french toast. To keep the first pieces warm while you cook the rest, you can place them in a warm (200°F) oven. If you have a big, fancy griddle, then you won't have this issue. So… good for you (she said begrudgingly).