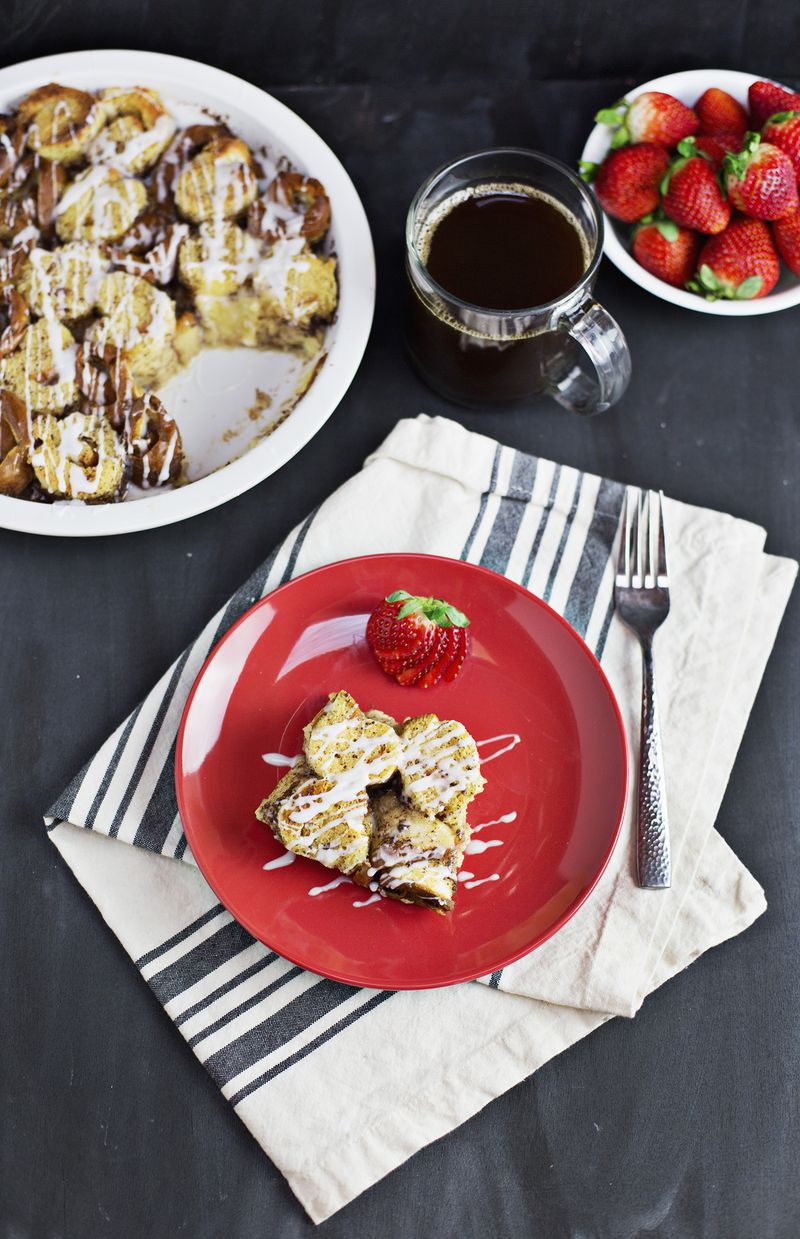 An alternative title to this dish would be: Cinnamon Roll Bread Pudding.

Do I have your attention yet? 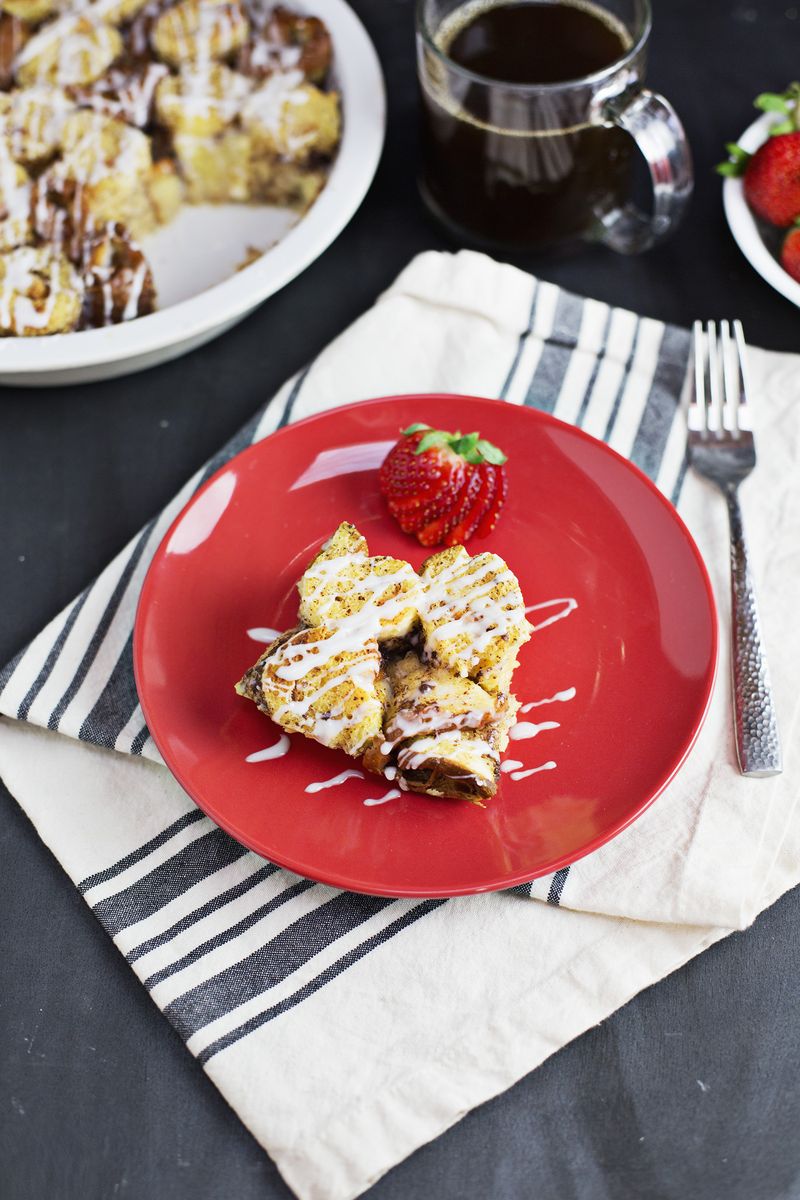 So what is this then? I had it in my mind that I wanted to create some kind of breakfast that combined the flavors of both cinnamon rolls and French toast. Yum, right? Really, they are similar in flavors anyway. They both usually involve cinnamon, butter, and sugar. French toast adds an eggy element, and so I wanted to incorporate that as well.

I tried a few things and this turned out to be my favorite. It’s funny because it’s really a halfway homemade recipe—we’ll use store-bought white bread for the base, which makes it SOOOO much easier than making homemade cinnamon rolls.

The tops turn out a little crunchy while the majority of the dish is like a custard married a bread pudding. Which to me, is a total match made in food heaven. I ended up calling it a casserole though, as that made the most sense to me since I grew up eating casseroles. So it just felt right on a gut level.

And there’s a peek into my brainwaves for the week. Riveting, right? It’s mostly dreaming about dessert in there I guess. 🙂 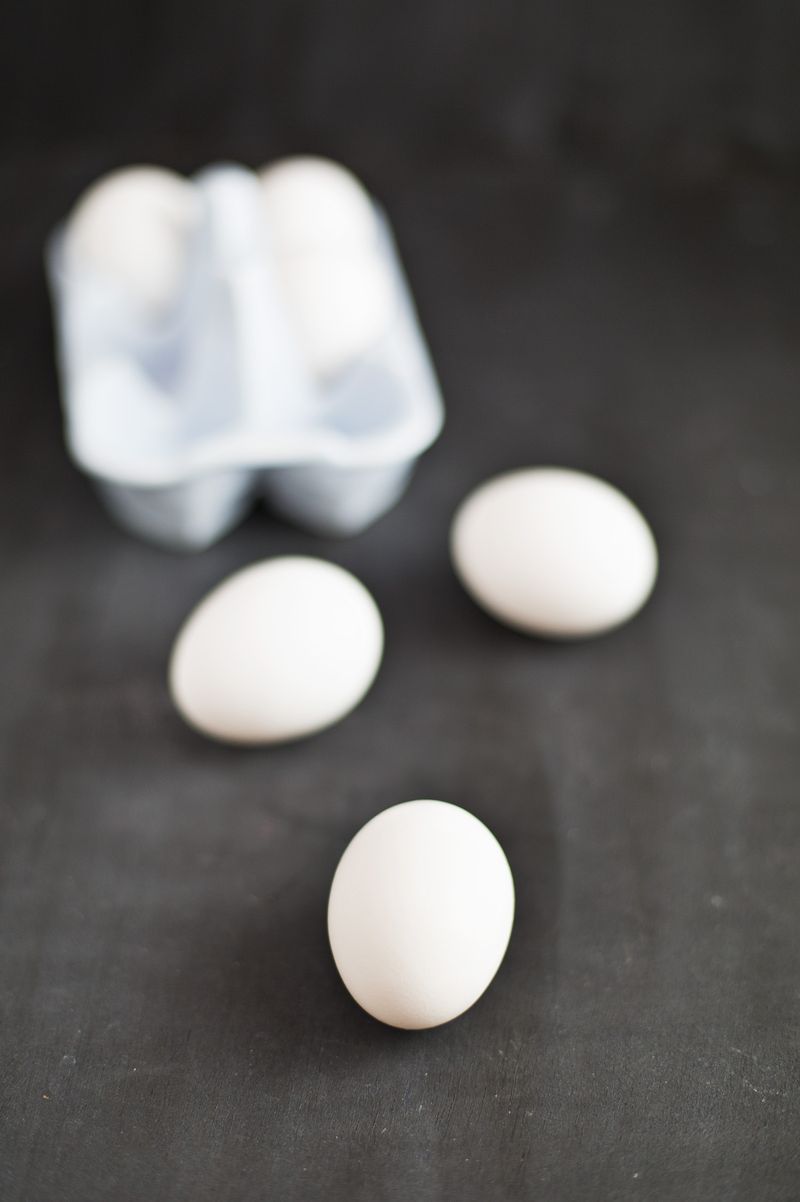 Cinnamon Roll Casserole, could serve 6-8 with fruit or other breakfast sides.

*You really want to choose the softest white bread you can for this. I used a King’s Hawaiian loaf, but any brand of white sandwich bread will work. Avoid breads that have a crusty crust, and I suspect whole grain breads may not work as well either. We’ll be rolling up the bread, so you want something that will roll without ripping or tearing. 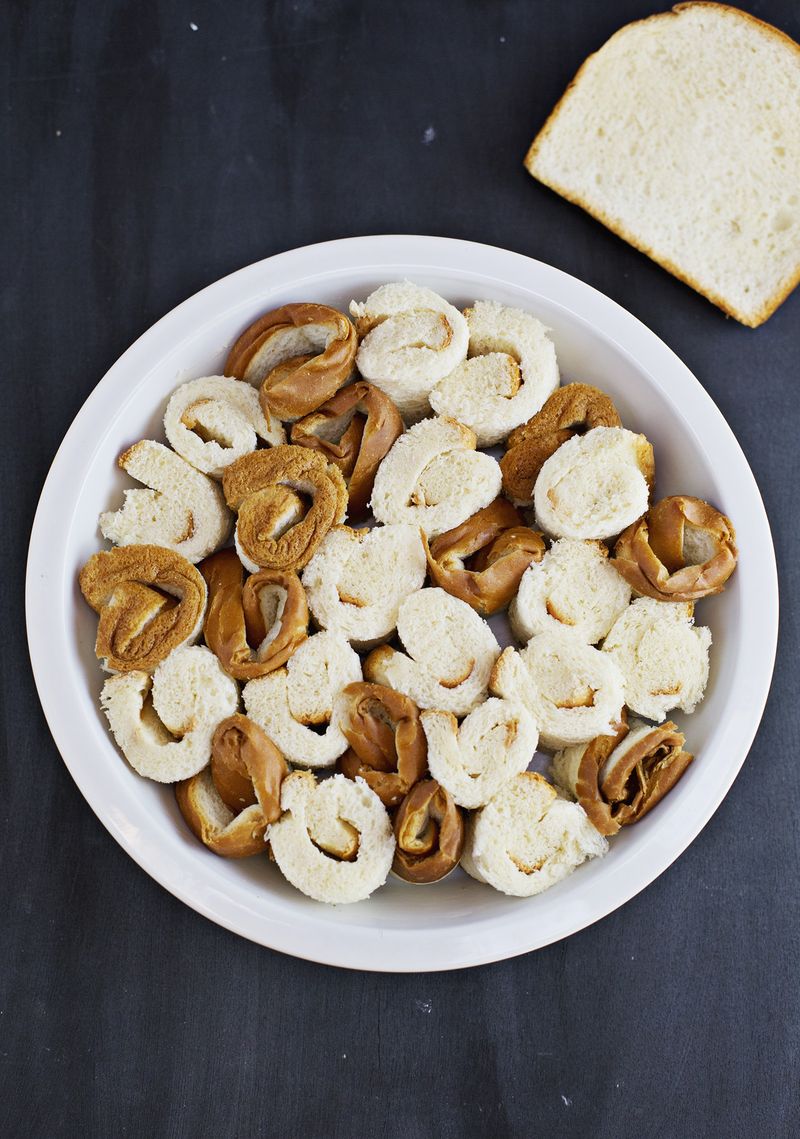 First, butter a pie pan. Then roll up each slice of bread and cut into thirds. If you want a more uniform look to your final casserole, you could remove the crusts first, but I like leaving them on as it’s A.) less wasteful and B.) more like French toast. One thing that helped my bread be more flexible (so it could roll without tearing) was to flatten it a little with a pie roller first. Try that if you have issues with the rolls tearing.

Place the rolled up pieces in the pie pan so that it’s full. You may not use the entire loaf depending on what kind of bread/brand you use. I think I had eaten two slices from my loaf prior to making this, and I ended up with a leftover heel. So, it’s not exact, but you’ll probably use most of a loaf to fill the pie pan.

In a mixing bowl, combine the eggs, egg yolks, milk, cream, sugar, vanilla and cinnamon. Whisk until well combined. Pour this mixture over the rolls, taking care to make sure the egg batter coats every piece and gets inside all the cracks.

Bake in a water bath at 350°F for 28-30 minutes. The dish should still have plenty of jiggle to it still (like custard) but should not appear raw or liquid like. If it does, give it a few more minutes in the oven.

Note: baking in a water bath simply means you need to set your pie pan inside a larger pan filled with water before popping in the oven. The water surrounding the dish will help the casserole bake evenly and slowly. Eggs have a tendency to cook quickly, so when making any kind of custard, baking in a water bath can help the overall consistency. 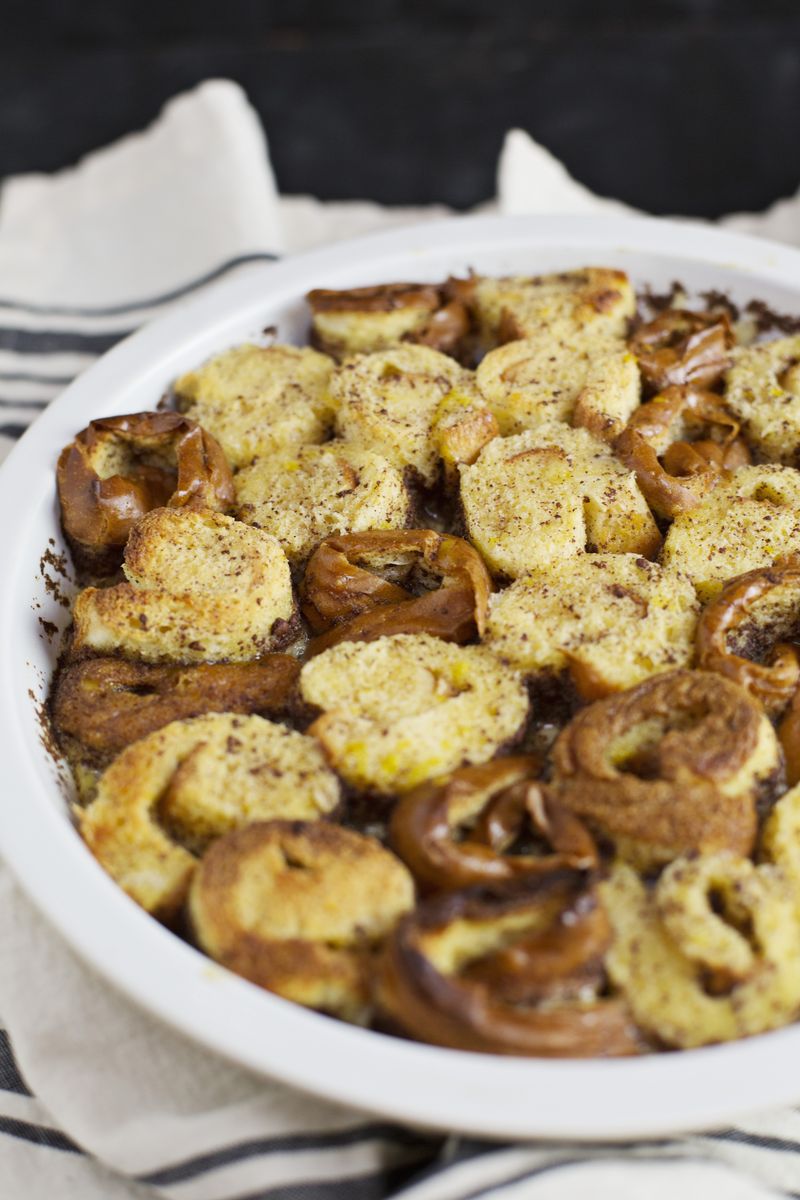 Allow to cool for 8-10 minutes before serving. To really give the casserole that cinnamon roll look, make a simple glaze from 1/2 cup powdered sugar and 1 tablespoon cream. Whisk together and drizzle over the top just before serving. 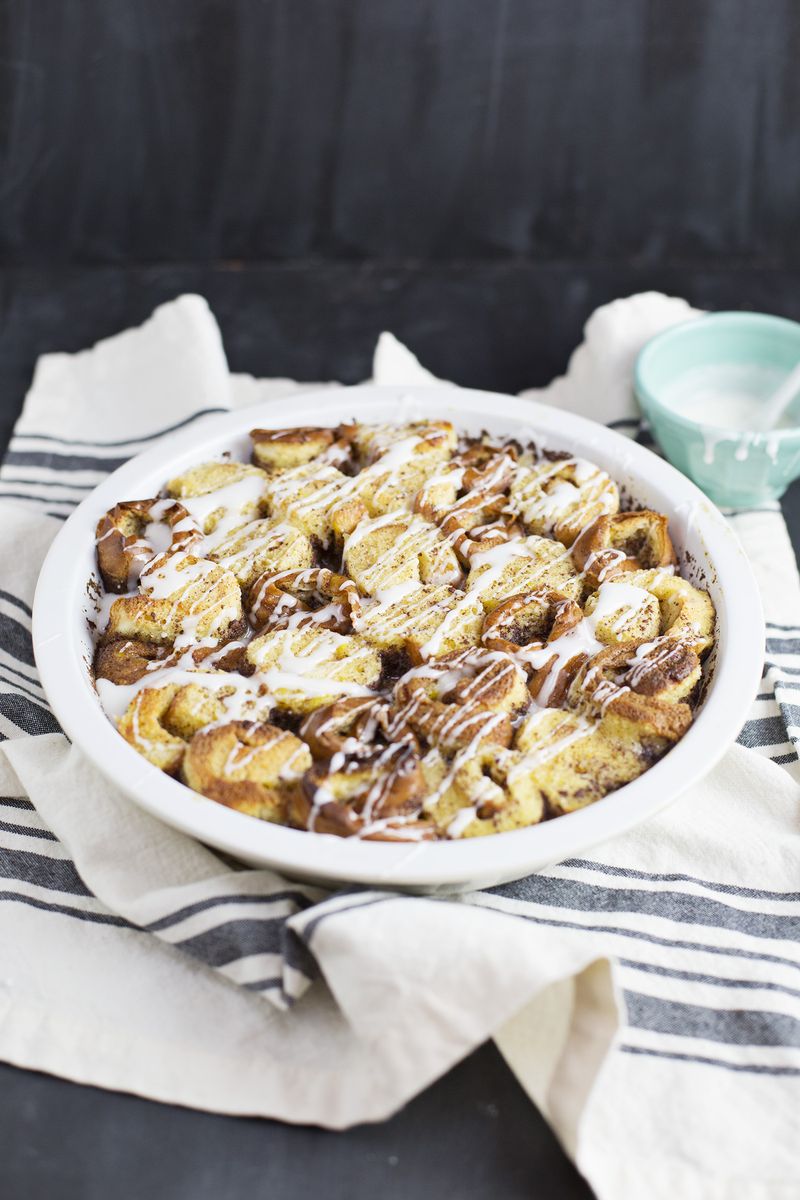 Bring this to the next group brunch you’re invited to. Never get invited to group brunches? Well, maybe you should host one of your own soon. Friends, coffee, and sweet bread before noon sounds like a total weekend dream come true to me! Happy brunching! xo. Emma