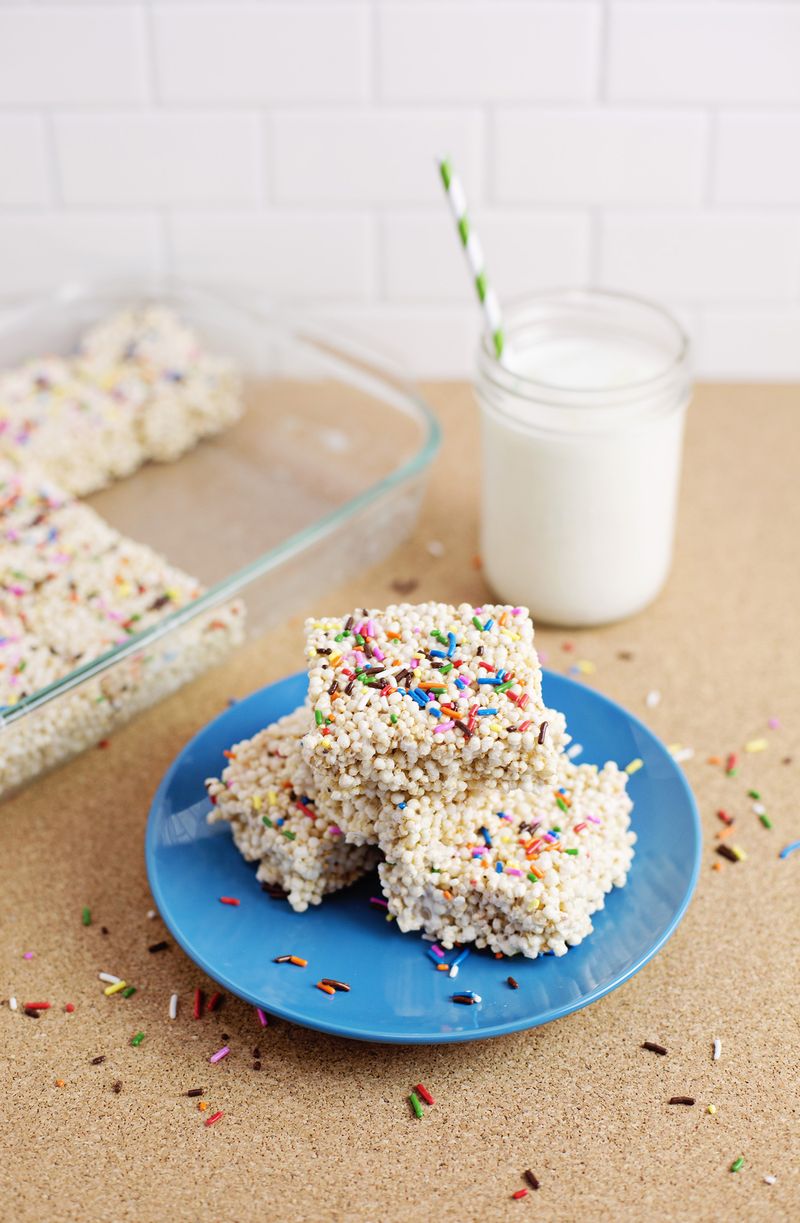 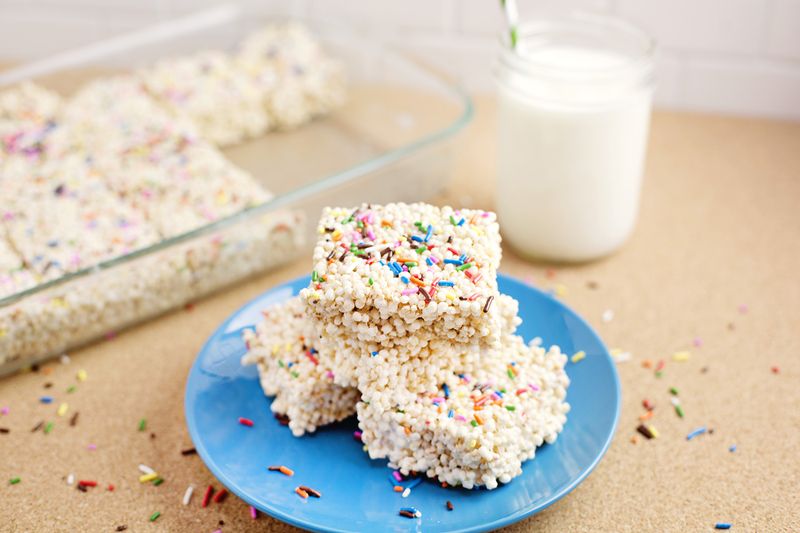 Guys, have you ever had puffed quinoa? I recently discovered it (it's not new, I just hadn't heard of it before) for myself and am totally obsessed! It makes a great breakfast with just a little almond milk and fresh fruit. And I recently decided to experiment making rice krispie treats but sub out the rice krispies for puffed quinoa—new favorite for sure! 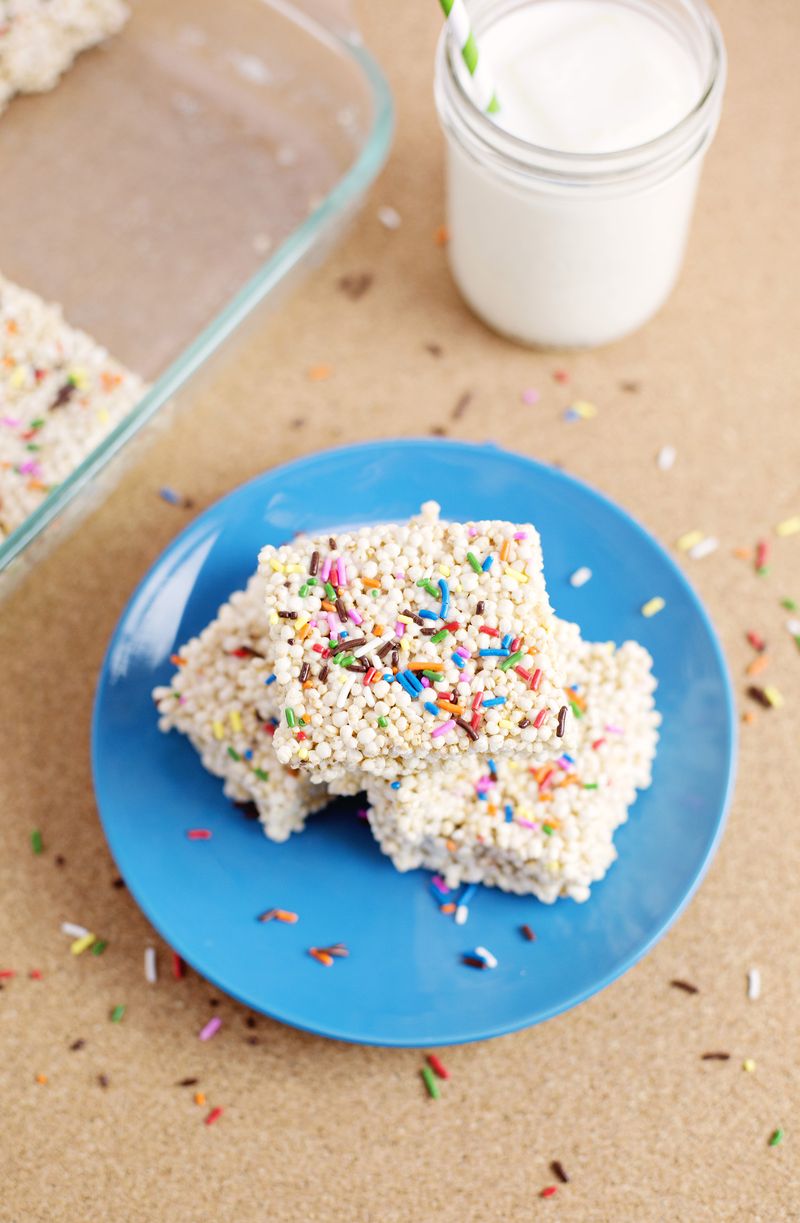 The main difference is that puffed quinoa treats are not quite as crunchy as rice krispie treats. They're slightly softer / more chewy. But other that, they're pretty much the same classic treat with just a little more nutrition, mainly more protein and less sugar—but they've still got plenty of that marshmallow goodness. 🙂 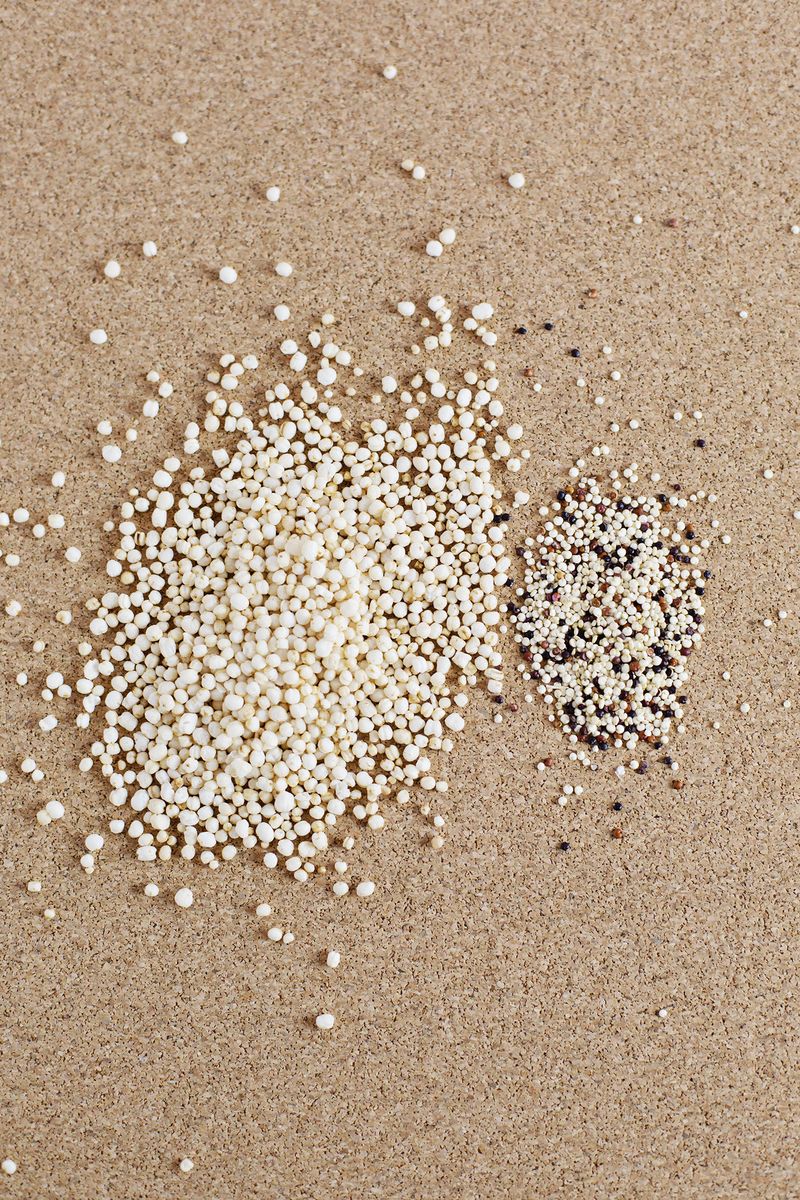 I bought my puffed quinoa online (big, bulk bag of it). You may also be able to find it at health food or specialty stores. You CAN puff uncooked quinoa at home, but it will not get as big and puffy as commercially puffed quinoa. I'm not sure how they get it that puffy, but when I puffed some quinoa at home because I was curious, it popped and puffed but no where near as much as the puffed quinoa I bought. Just FYI. 🙂 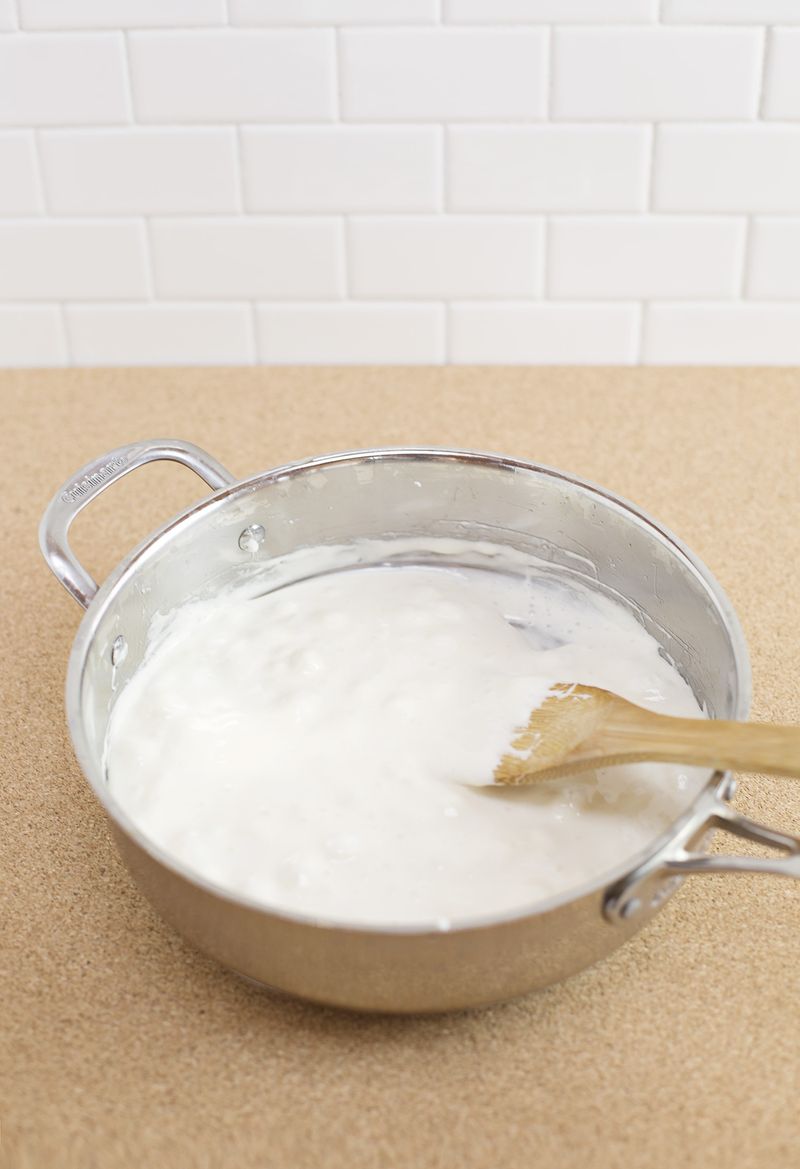 In a large mixing bowl, measure out the puffed quinoa and set aside. Lightly butter a 9×13 inch baking dish and set aside as well.

In a large pan, melt the butter and oil over low/medium heat. You can use all butter here if you like. I was just experimenting subbing out some with coconut oil, and it was really good. So I'm sharing. :)

Allow to cool before cutting. 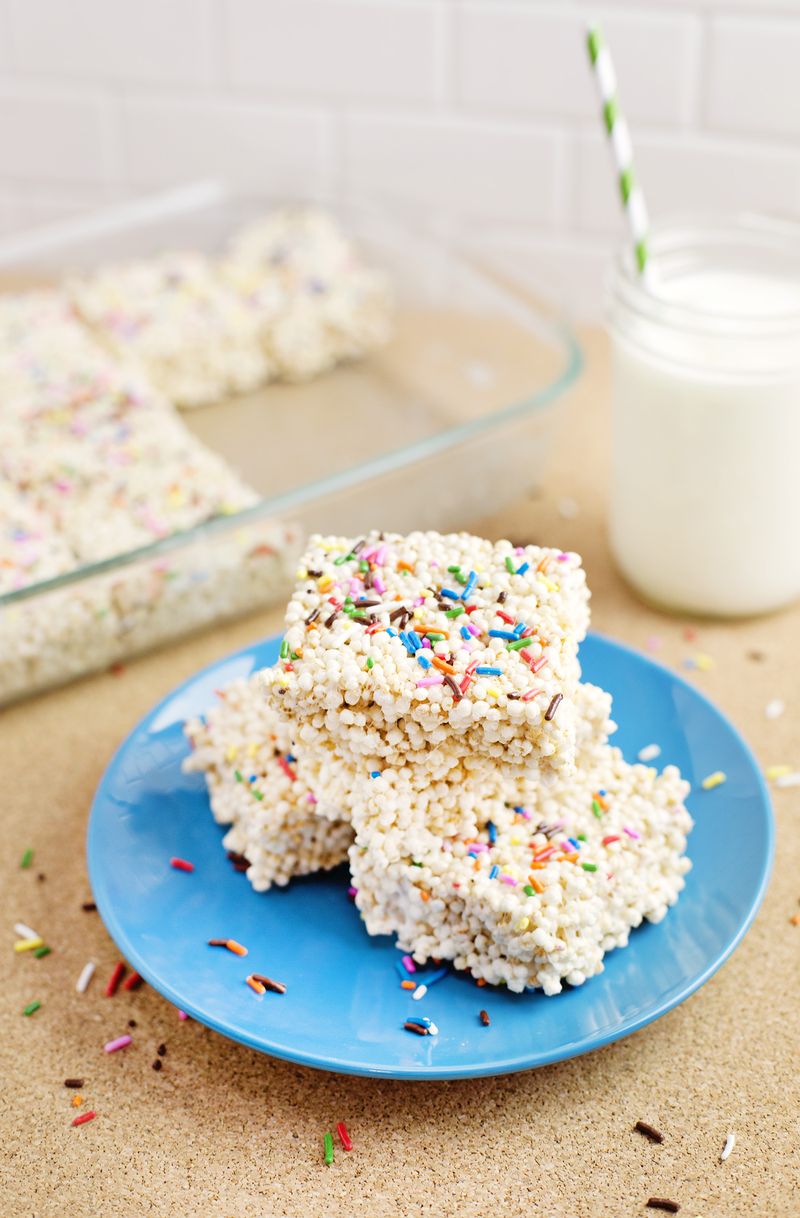 These are very addictive, so have a plan to share! Any treats you don't consume within the day, be sure to cover in plastic wrap or transfer the treats to a big ziplock bag. These will get stale if you forget and leave them out on the counter overnight. Not that this happened with this batch… I would never do something as forgetful as that. 🙂 xo. Emma