The other day I was thinking about tiramisu. Because that's normal, right? 🙂 I was thinking that I love the creamy and almost tanginess of the mascarpone alongside the flavors of espresso and, well, a little booze. It's often made with Marsala wine, but I think rum goes really well in this classic dessert too (and as you know, I'm a rum fan).

And then I started thinking about the lady finger cookies that make up part of the filling. They are a very dry cookie, which works well in this dessert because they will hold up longer over time and also soften with the dessert to make that perfect, custard-y texture that tiramisu is known for. But I have to admit that the lady fingers are my least favorite part of the dessert. 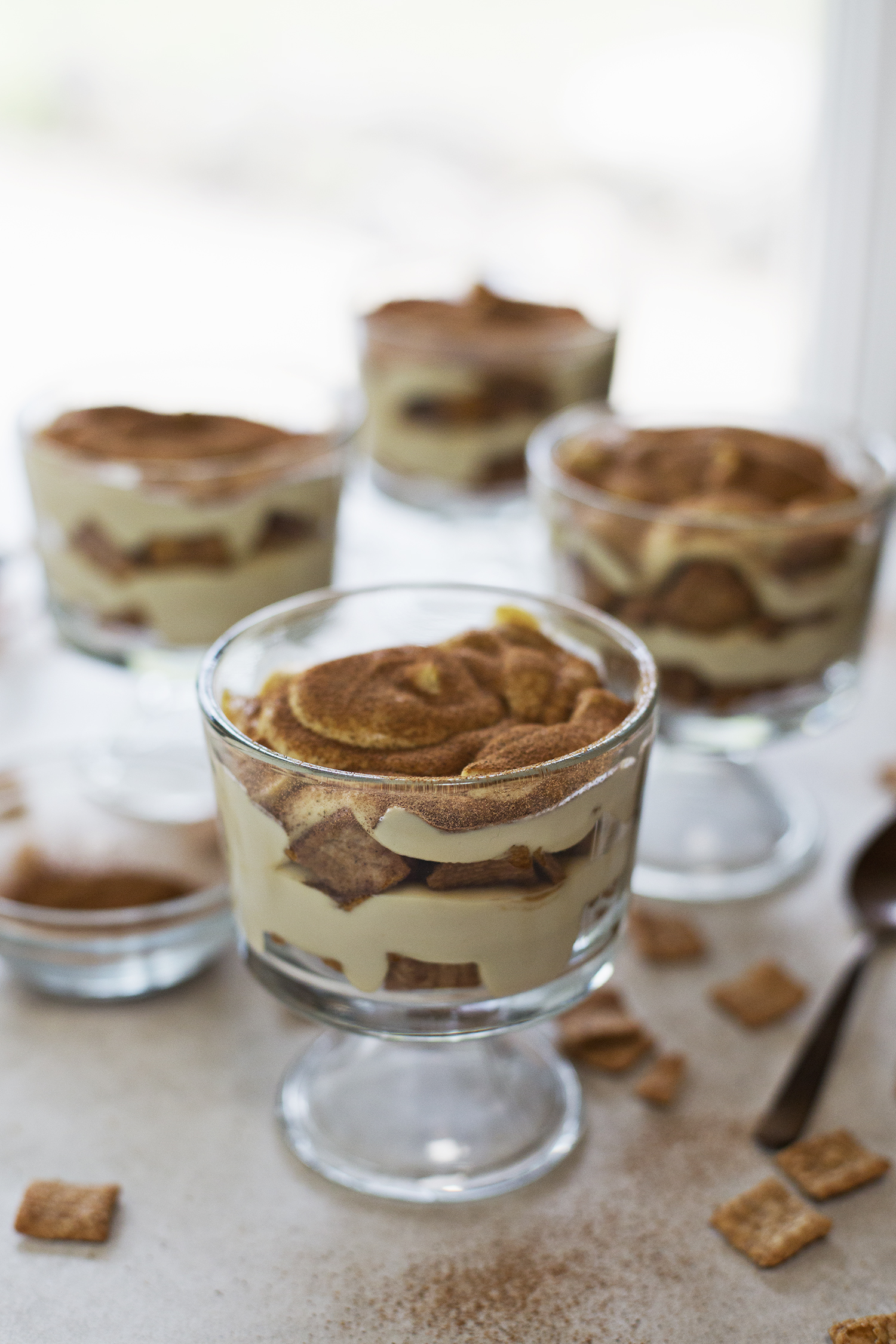 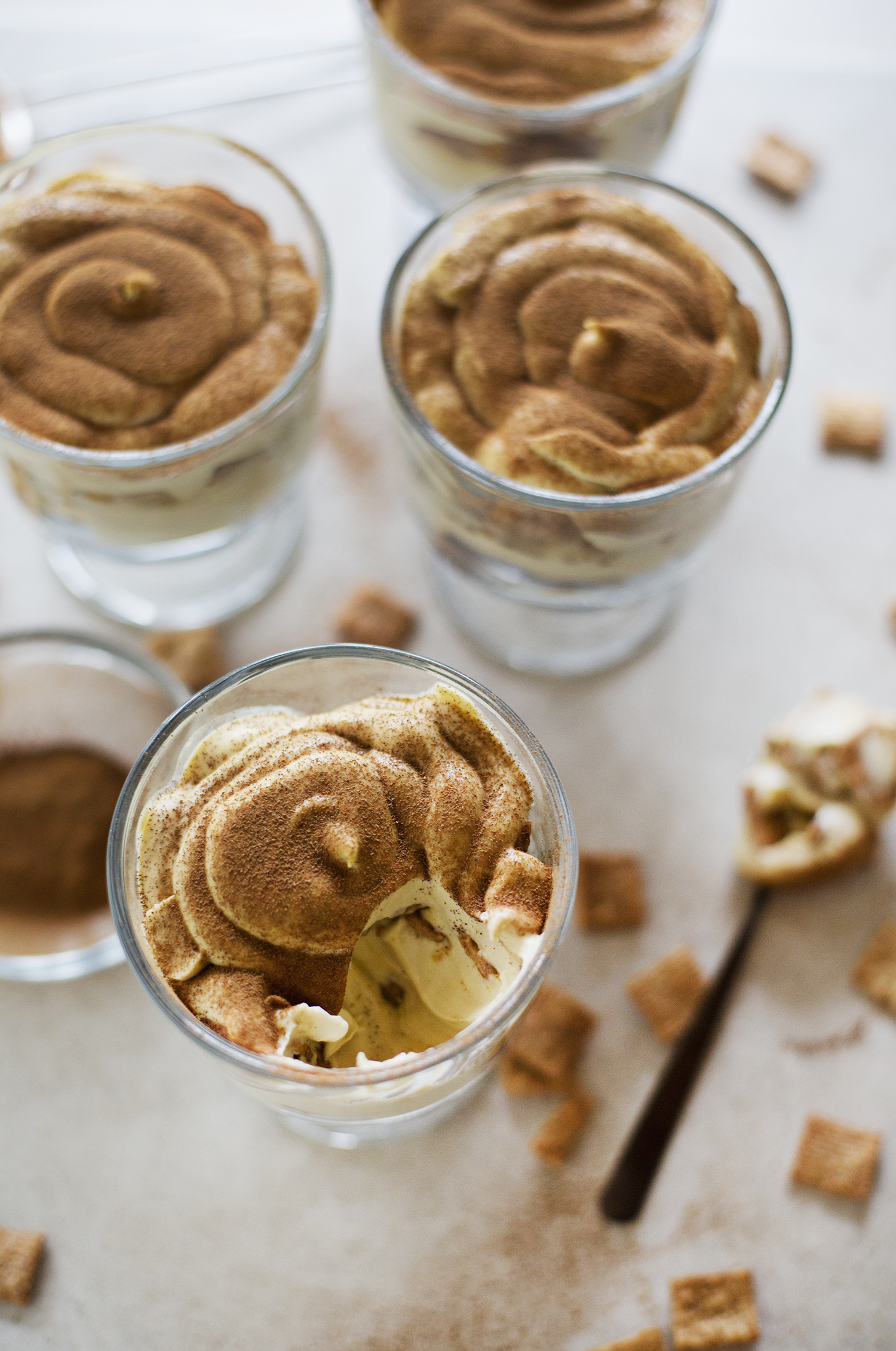 First off, they are kind of hard to find sometimes. Of course you can make your own. And I love trying and making new things, especially baked goods. But on the other hand, having the lady fingers already makes this dessert SO easy to make – there's no baking… just mixing required!

So there's that, but the second thing is that they are just kind of plain tasting. I suppose that is part of the point… so they can soak up some of the other flavors at play in this dish. But I couldn't help but think that maybe they could get replaced with something else, and it would make the final dish all that more special.

This left me thinking about dry cookies. Hmm. Biscotti? Quite dry but fairly dense, might be too thick to really soften well in the dish. Hmm.

And then I thought, wait, what about breakfast cereal? It's basically tiny, dry cookies, that are meant to soak up milk. And that's how the idea for this dish was born. Well that, and obviously I was in the mood for tiramisu. 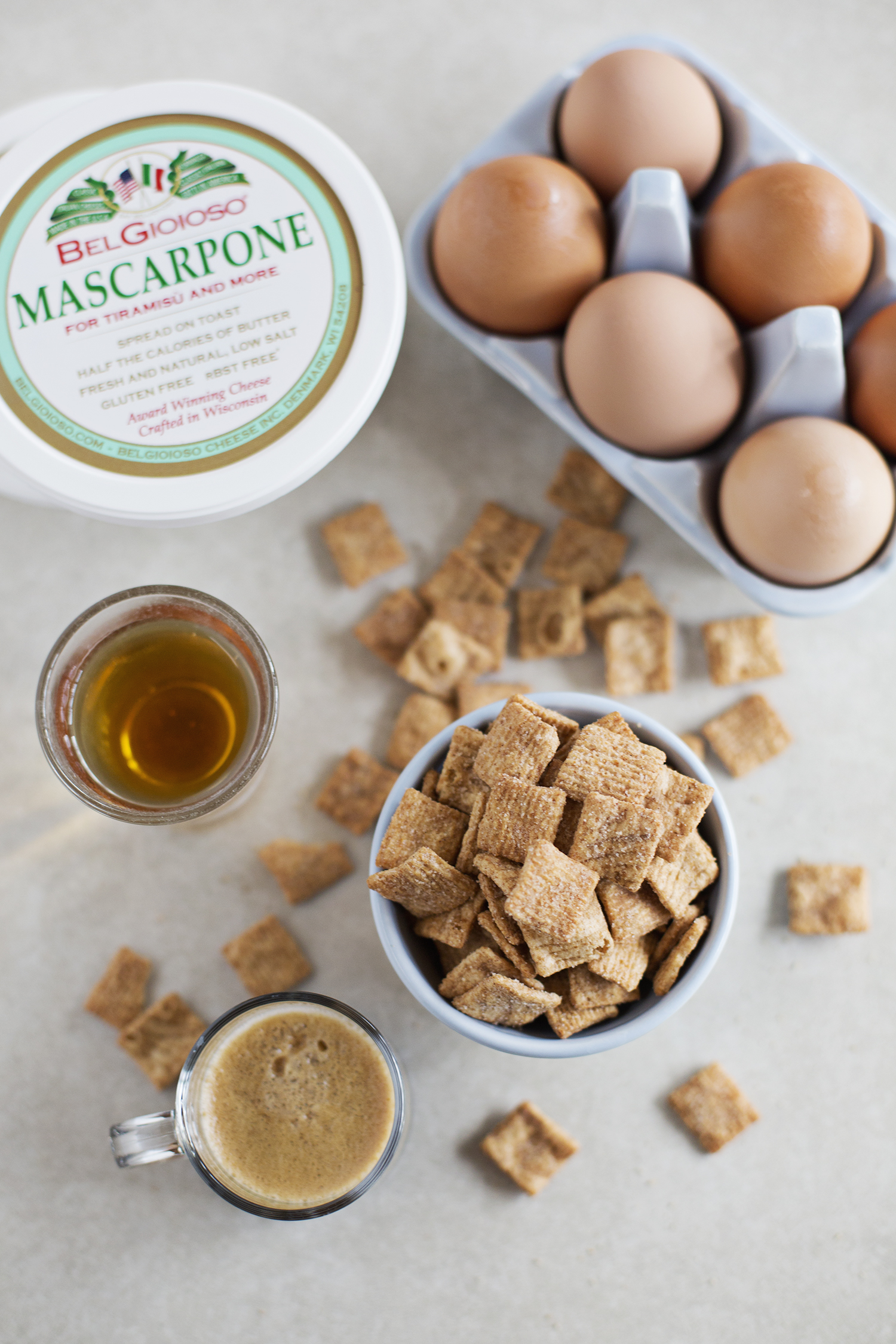 Cinnamon Toast Tiramisu, makes 4 large servings (each could be shared as a dessert if needed)

With an electric mixer, beat together the yolks and sugar for 4 to 5 minutes until the color slightly changes and the mixture becomes very well combined and thickens. Then beat in the mascarpone until smooth. Then whisk in half of the espresso and rum until just combined. You don't necessarily need to measure so you are adding exactly half of each, but if you want to, that's fine. The main point is that you will want to reserve some liquid for mixing with the cereal. 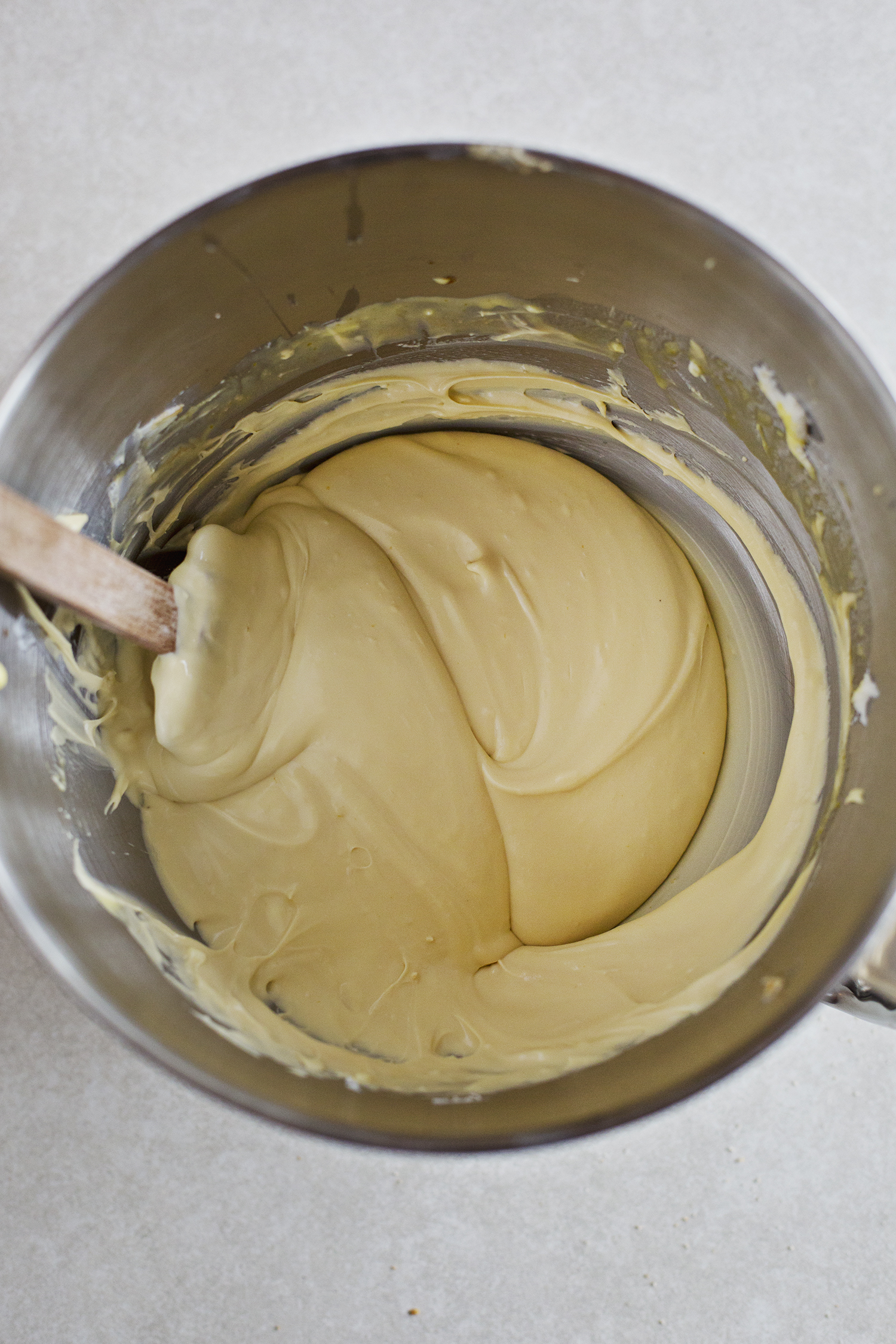 In a large mixing bowl, drizzle the remaining espresso and rum over the cinnamon toast crunch. Use a large wooden spoon to quickly stir everything around so all the cereal gets coated a little but nothing is soggy.

Assemble the tiramisu! In four little cups or wine glasses (whatever you have really is fine), add a layer of cereal, then the custard mix, then more cereal, and then another layer of custard. Cover in plastic wrap and refrigerate for at least 2 hours, but up to 8 hours. 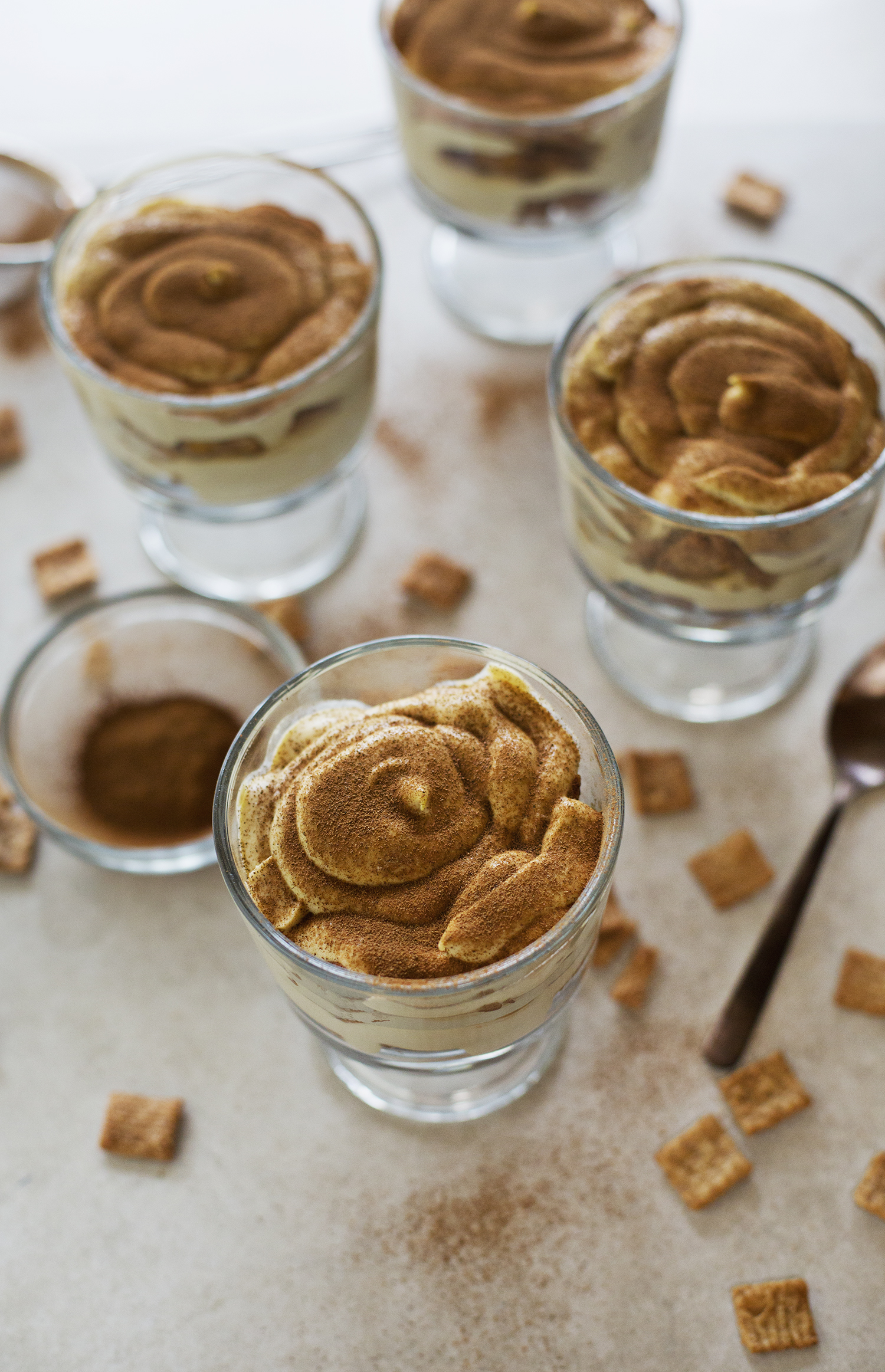 When you are ready to serve, dust the tops with cinnamon. These are best served within the 2 to 8 hour range after they are assembled. If you want to keep them longer than that, I would hold off on mixing the cereal with the liquids and assembling until you are getting closer to serve time. One of the batches I made I kept one for about 12 hours to see how it tasted, and I thought it was a little too soggy by then. Could be just my preference though! Anyway, these are great to make hours before and have ready for the end of a special dinner as then all you have to do is pull them out of the refrigerator and dust them with cinnamon. You'll look like a total pro. 🙂 xx. Emma