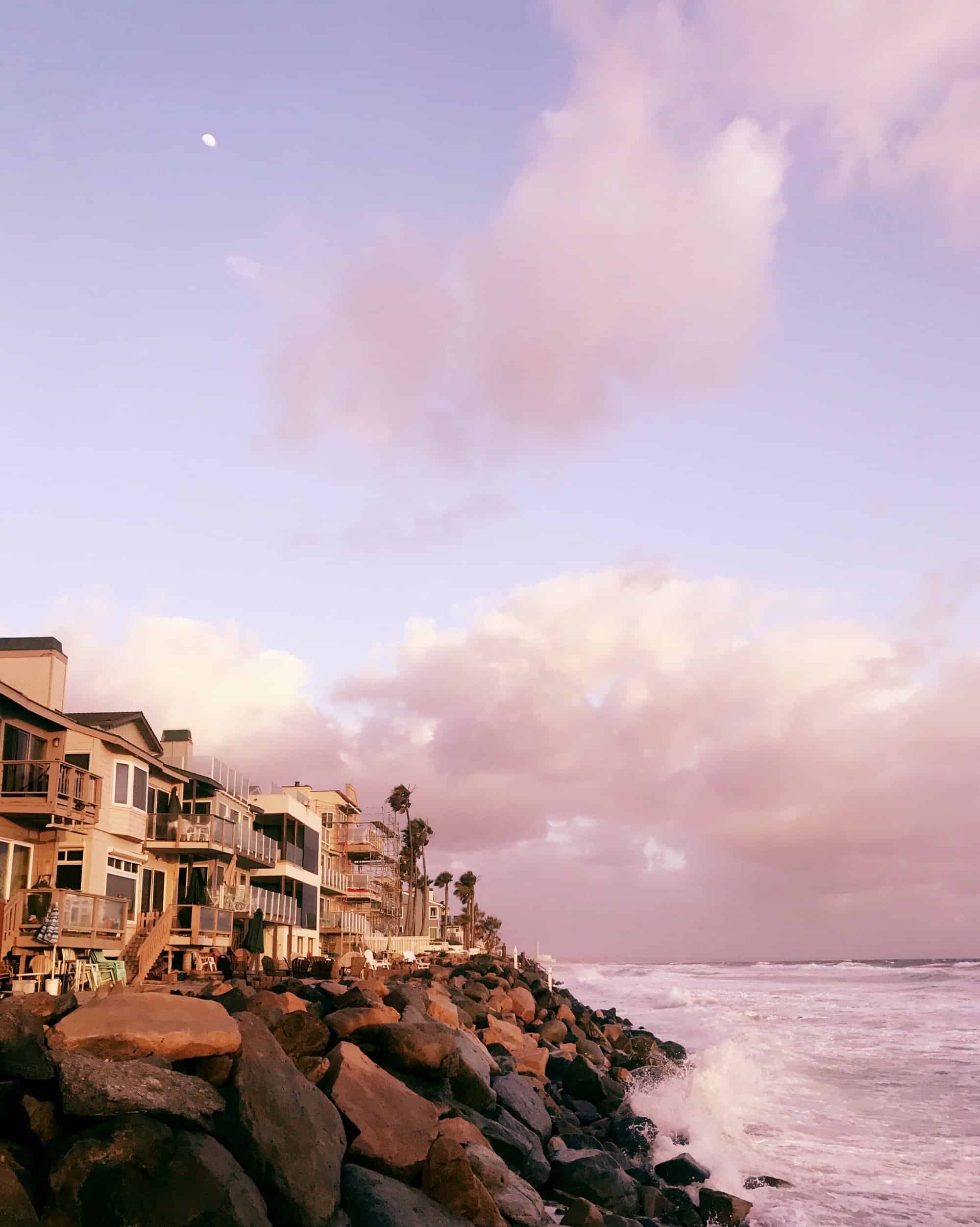 When figuring out the curves feature on A Color Story, it can be confusing. So we’re having Arielle Vey share what she knows about curves and how they can make your photos pop!

Hey, everyone! It’s Arielle, photographer and creator of the Weekend pack in A Color Story. I’m jumping in today to start a series of tutorials on curves and how to use this tool to its fullest potential. I was introduced to curves in Photoshop *many* years ago, and it has been a huge part of my editing process ever since. This tool allows you to get as specific as you’d like and even allows you to shift colors, which is a huge bonus in my book because frankly, I’m obsessed with ALL the hues!

Essentially, curves is a more intricate version of two tools we use all the time: brightness and contrast. The dots you see along the line in curves are called anchor points. The top right represents highlights, the middle is midtones, and the bottom left affects the shadows. As a general jumping off point, I truly believe that with every good edit, comes a great photo first. Take your time shooting, try different exposures, and shoot as many as you can!

Today I have three examples of colorful outdoor photos all edited using only curves and one filter at the end of each edit. If you’re looking for a way to take your editing to the next level, utilizing curves is the best place to start. 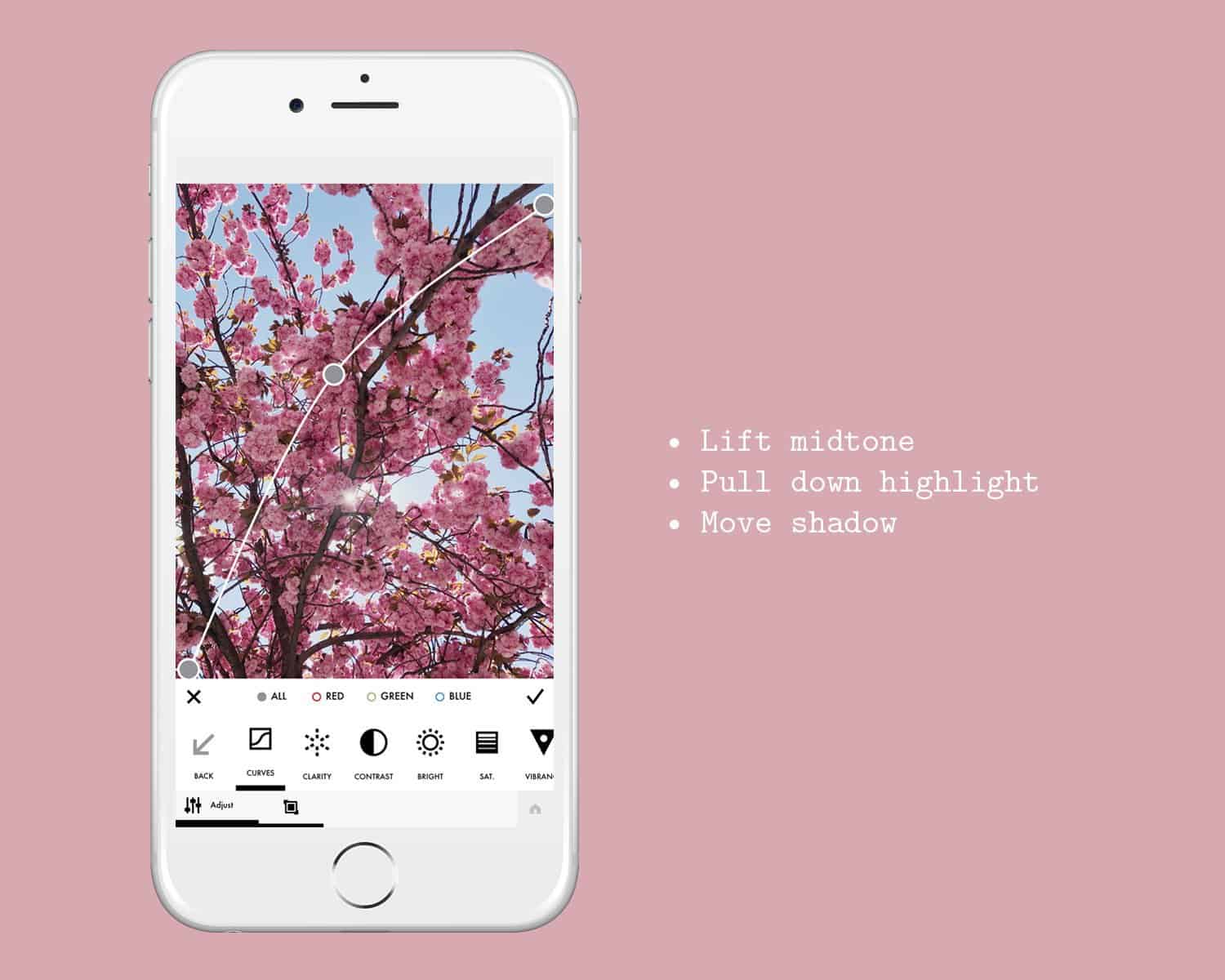 For this first image, I started off by lifting the midtone point up until the desired brightness was achieved. I also took the highlight point down just a little bit to decrease the brightest part of the photo. In addition, I took the shadow curve over to the right just slightly, deepening the shadows. 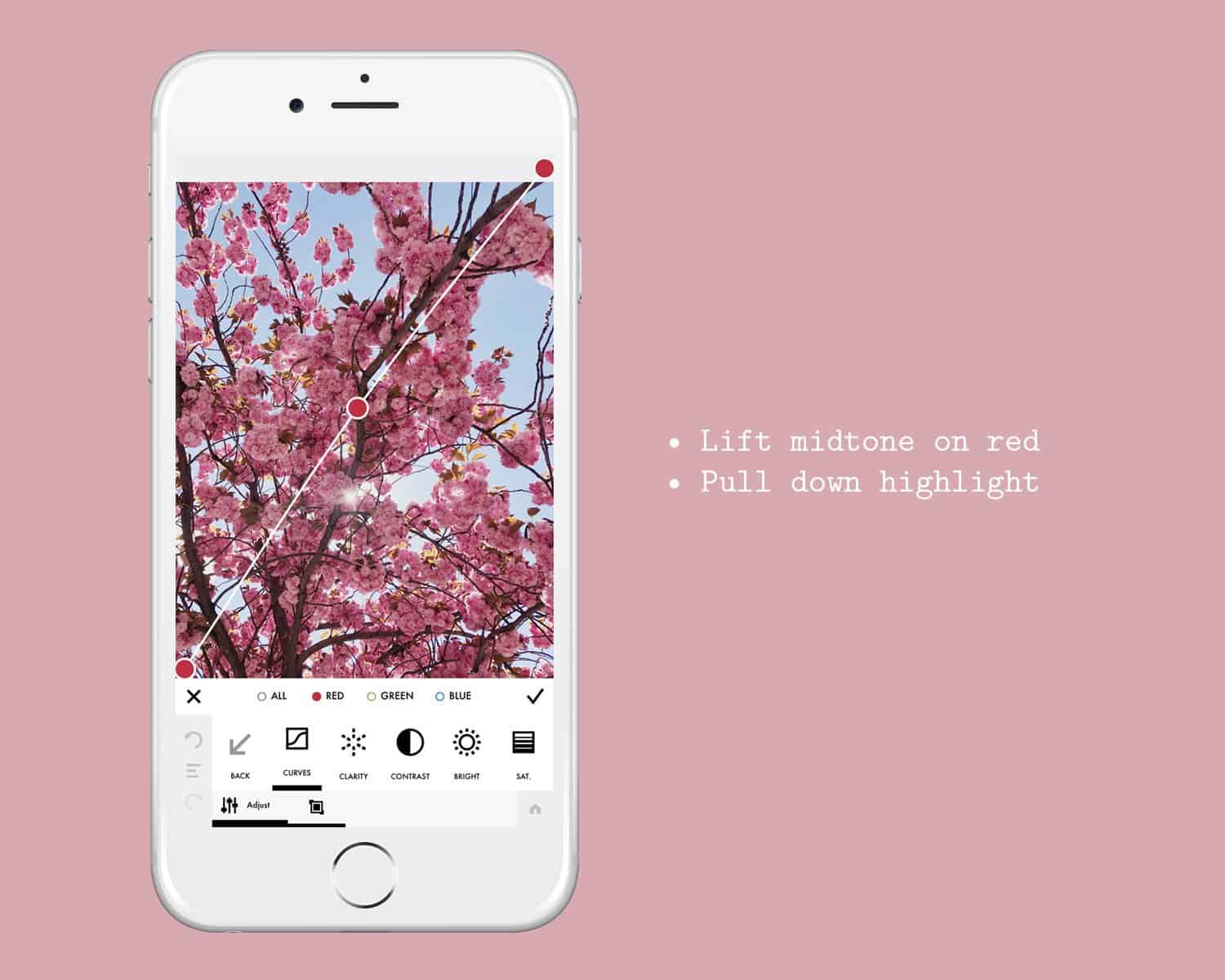 With this photo in particular, I really wanted the pink to pop. Switching over to the red curves, I brought up the midtone point slightly. I then took the red highlight point down a little bit as well just to reduce the redness in the sky. 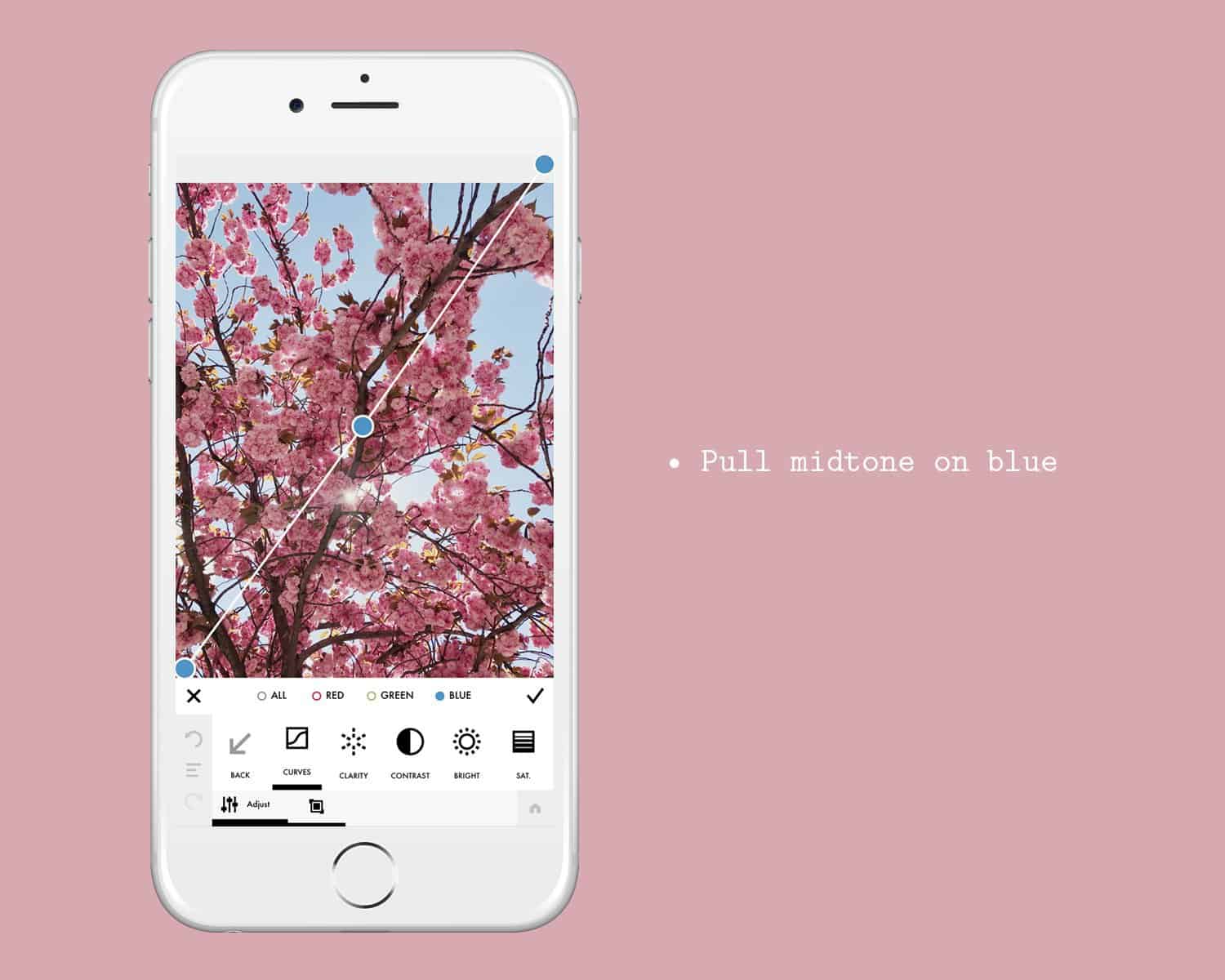 To balance out the sky and pink tones, I went over to the blue curves and took the midtone point down. One of the keys to achieving precise tones, is going little by little to start. Take your time adjusting in the slightest movements and really look at what the curves are doing for you. 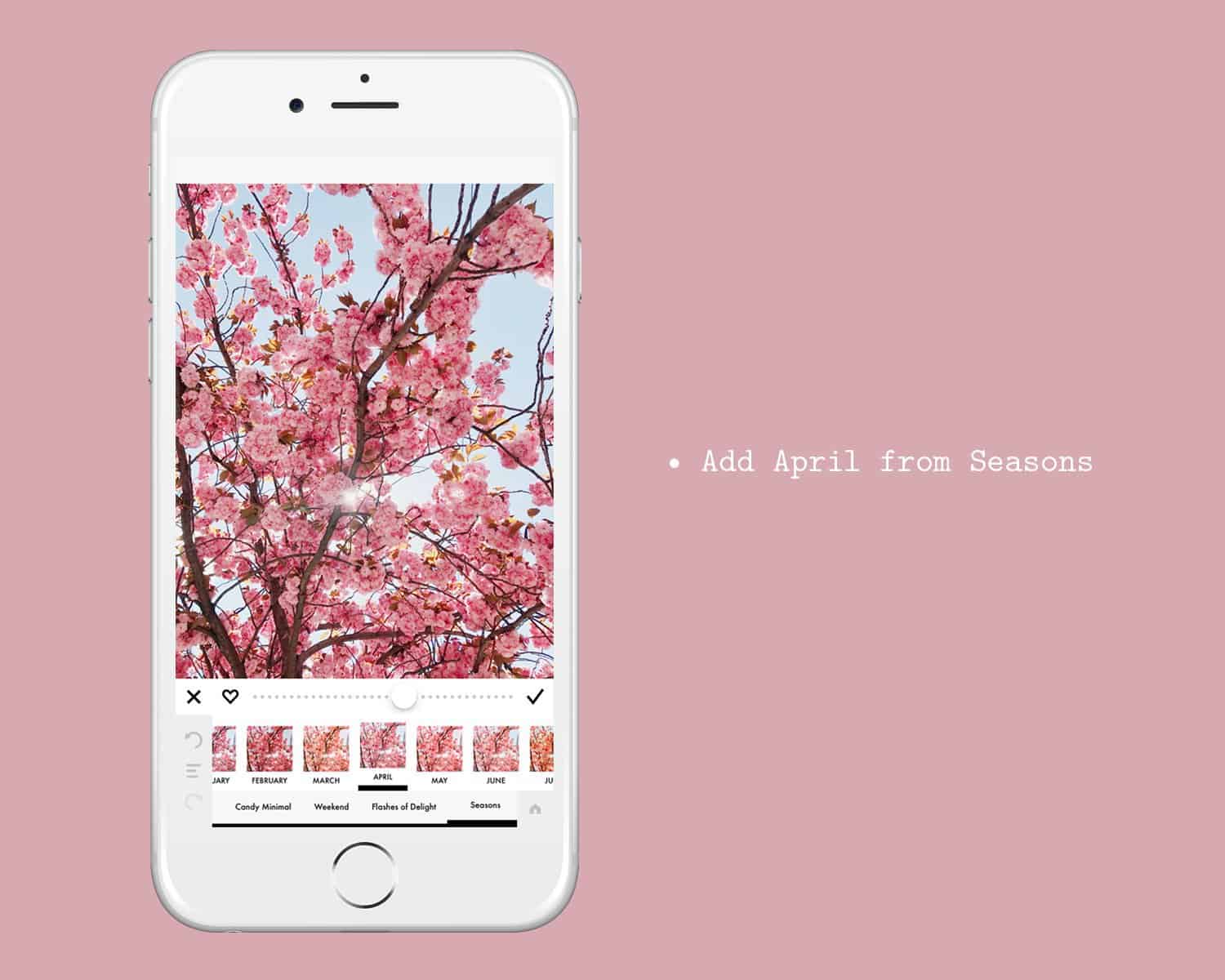 To finish this one off, I applied April from the Seasons pack at 55% to add a natural brightness and pastel tone. 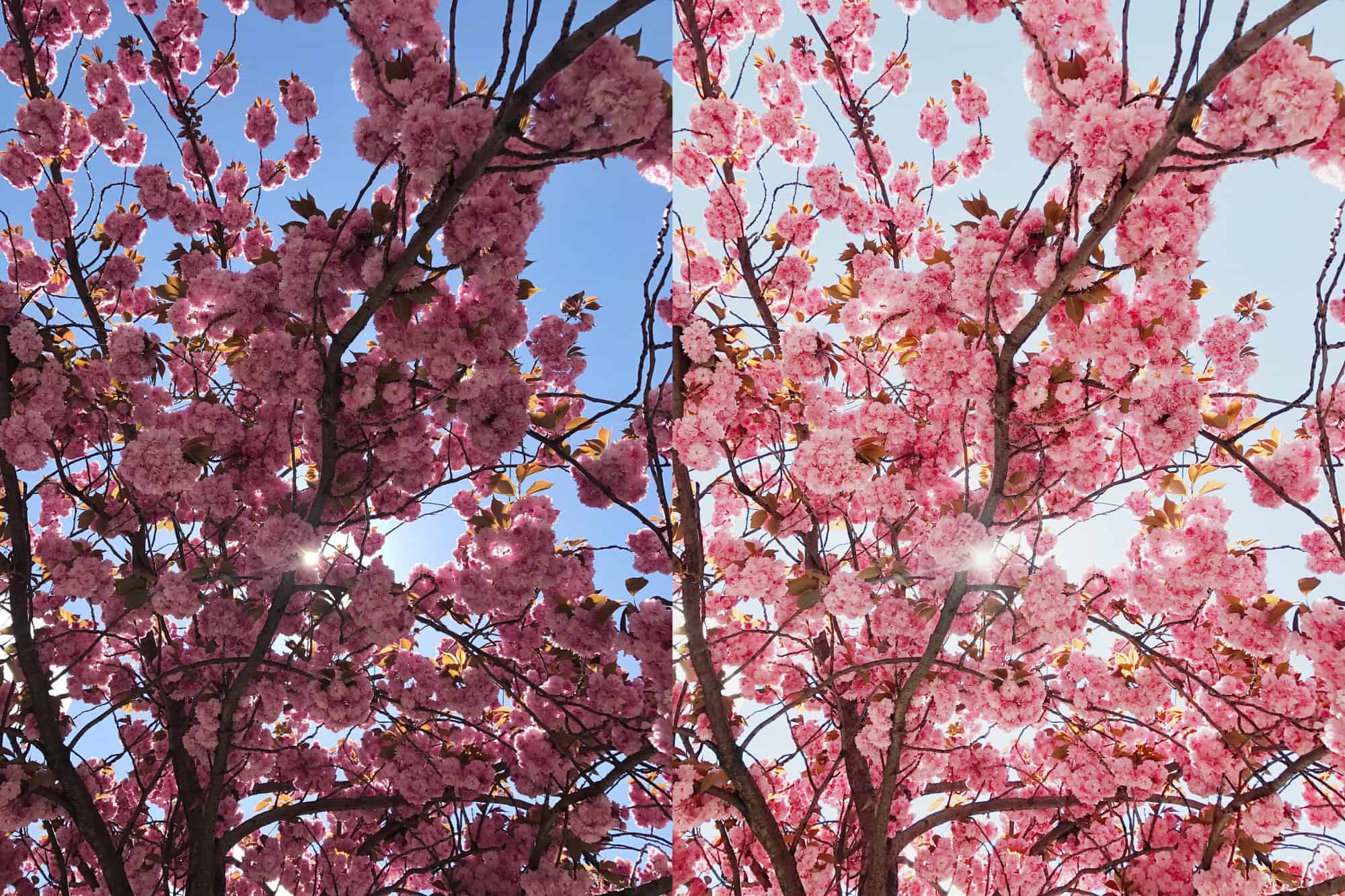 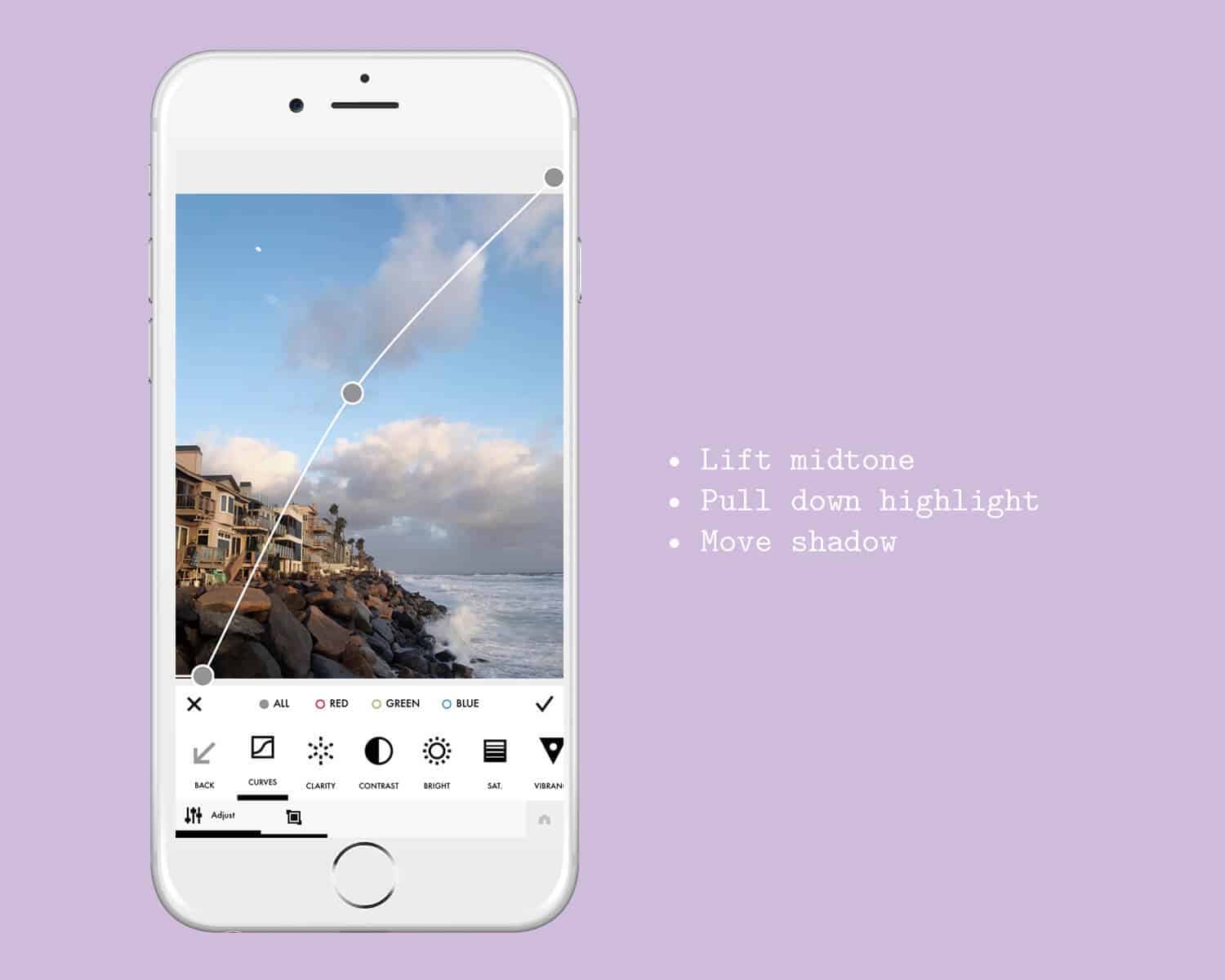 The next example portrays more colors and depth. Starting off, I applied the same methods as the first photo. Up on the midtones to brighten it up, down on the highlights, and moving the bottom point to the right to add contrast. 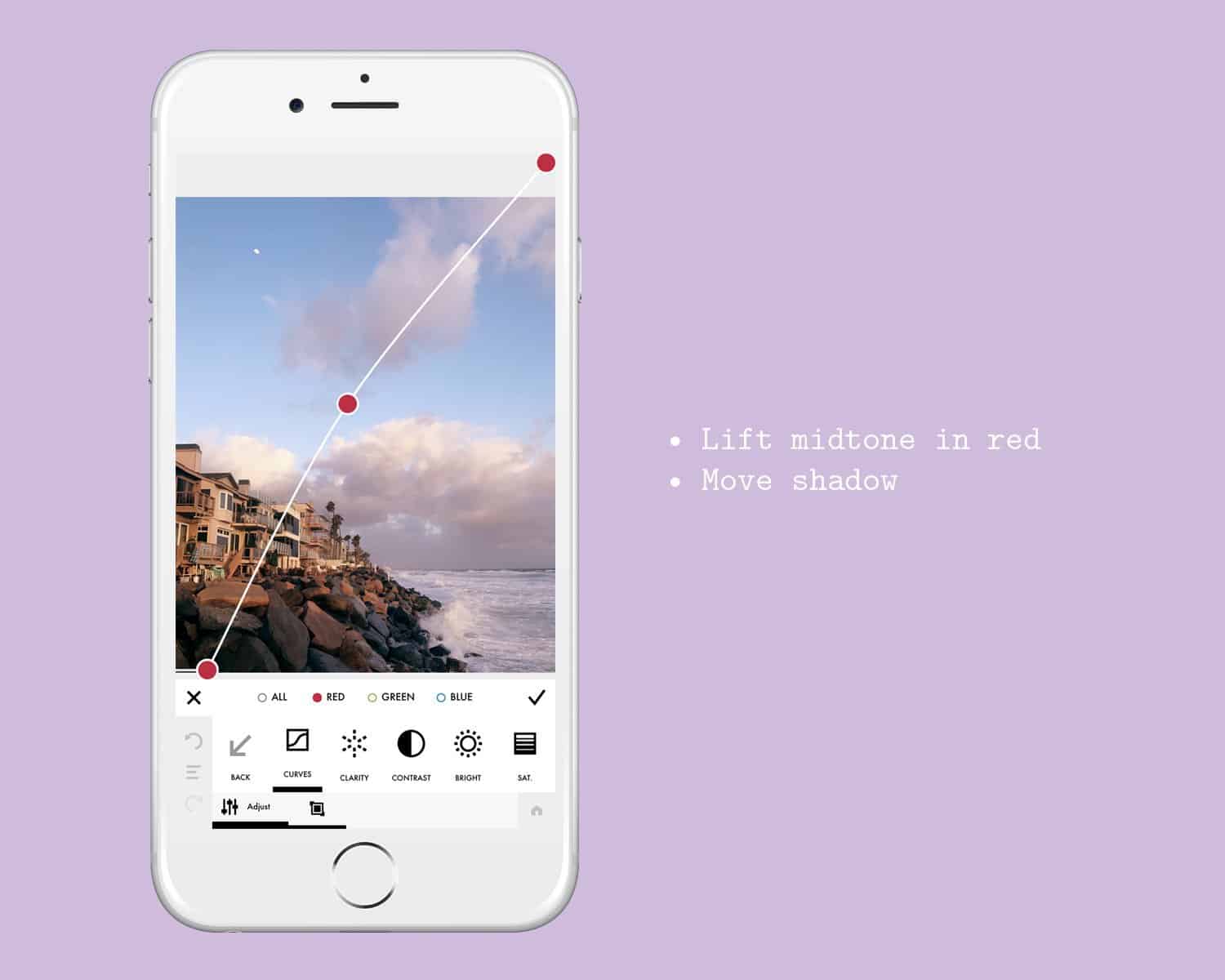 For this edit, I really wanted the sky to have a more dramatic feel. Going into the red curves, I brought up the midtone point little by little until it had a very subtle pink overlay. Then I shifted the red shadow point over to the right to really make the rocks glow. Since red is a contrasting color to green, it takes away any green tone if the curve is taken down. 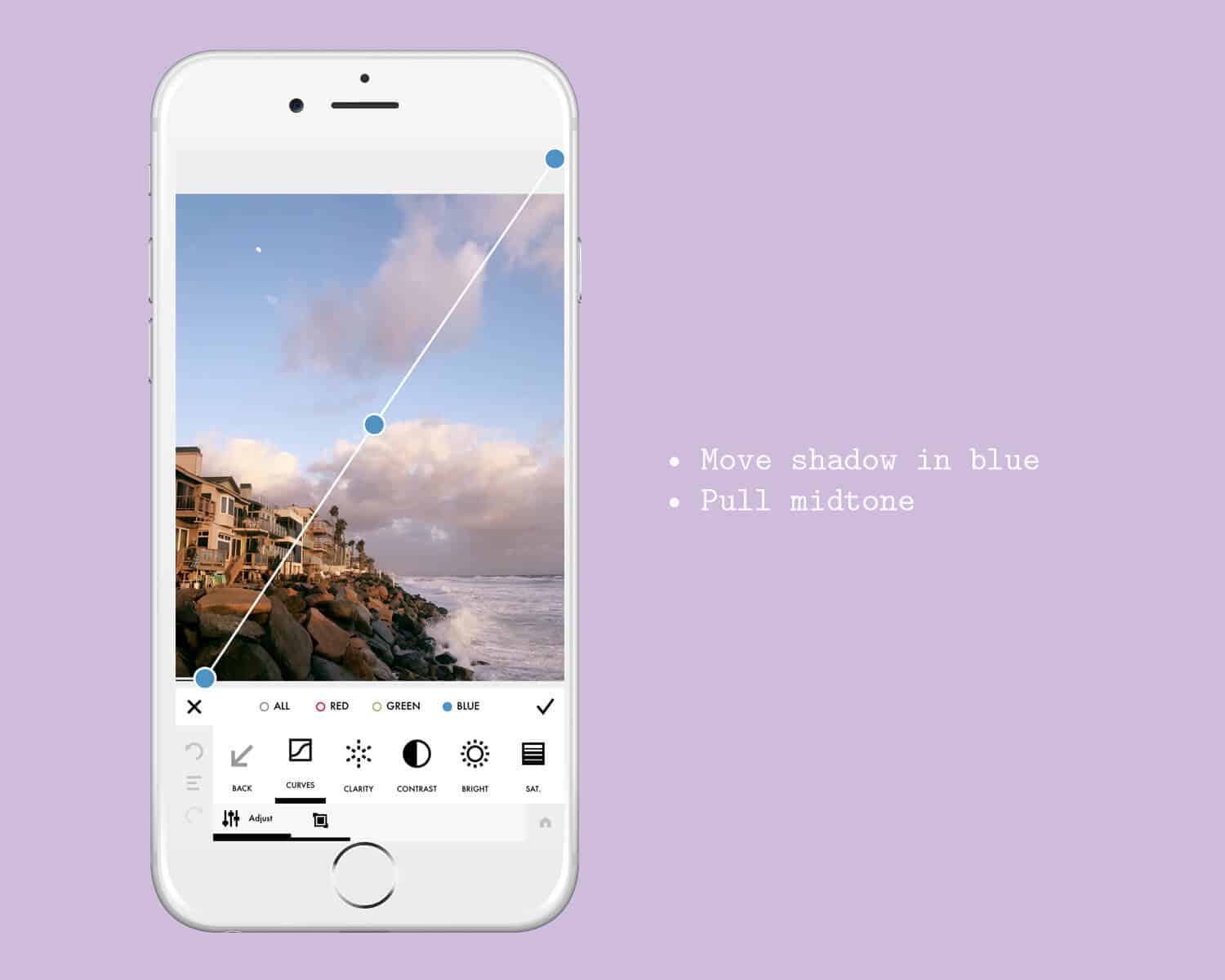 Hopping over to the blue curves, I took the shadow point over to the right to even out the overall shadows. The midtone point was brought down to really warm up everything as a whole. 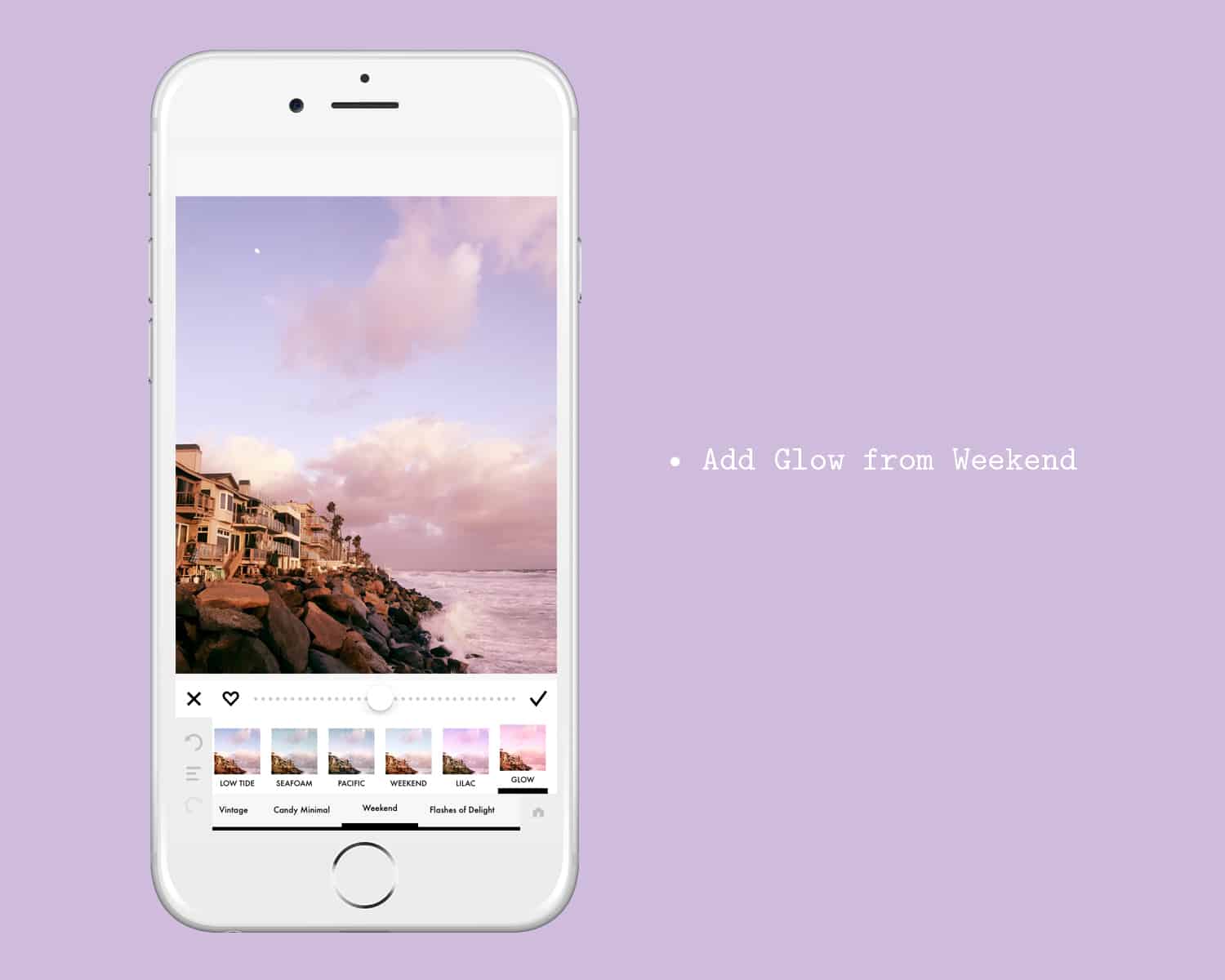 Lastly, I used Glow from Weekend at 50% to bump up the pink. 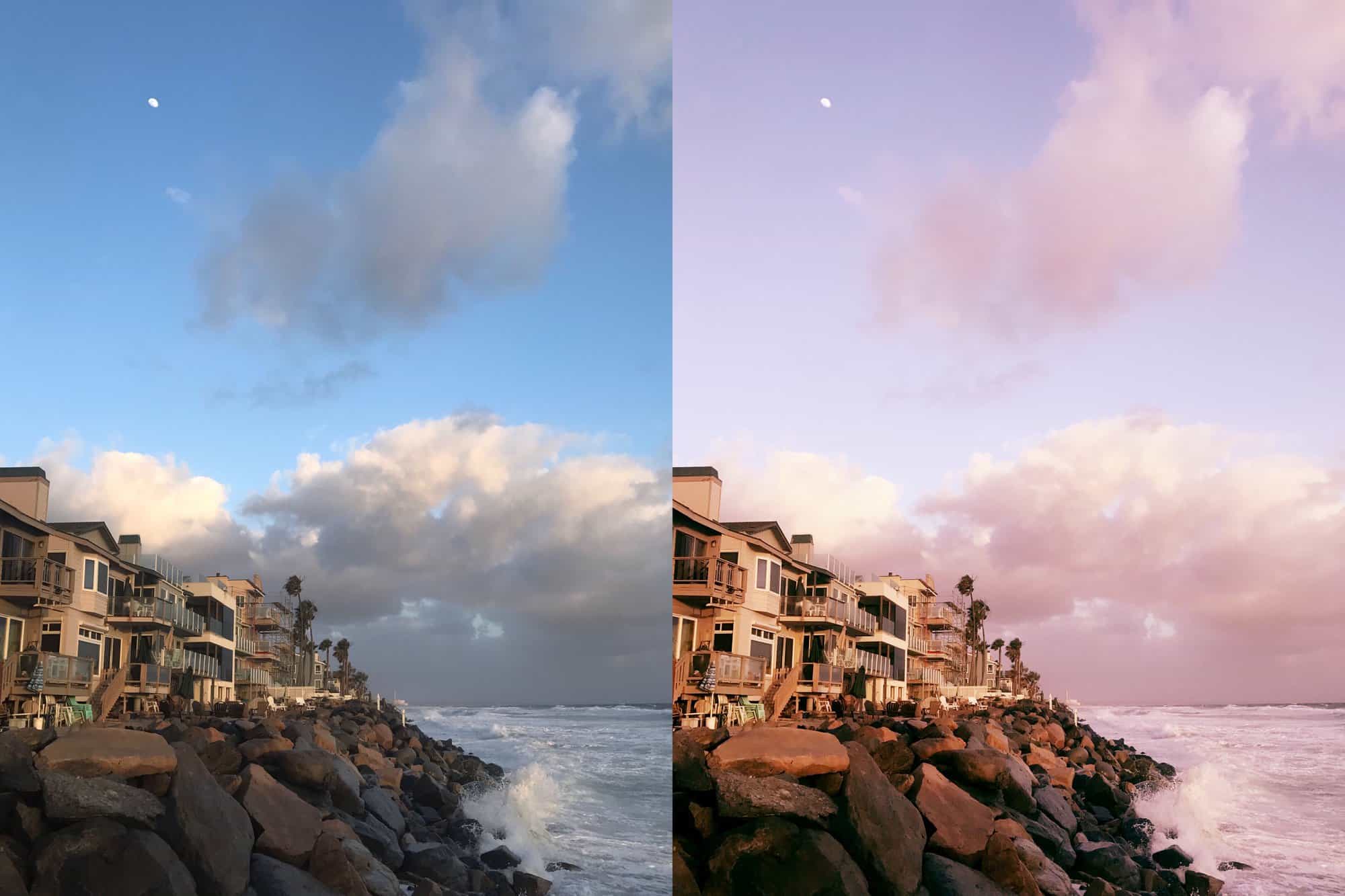 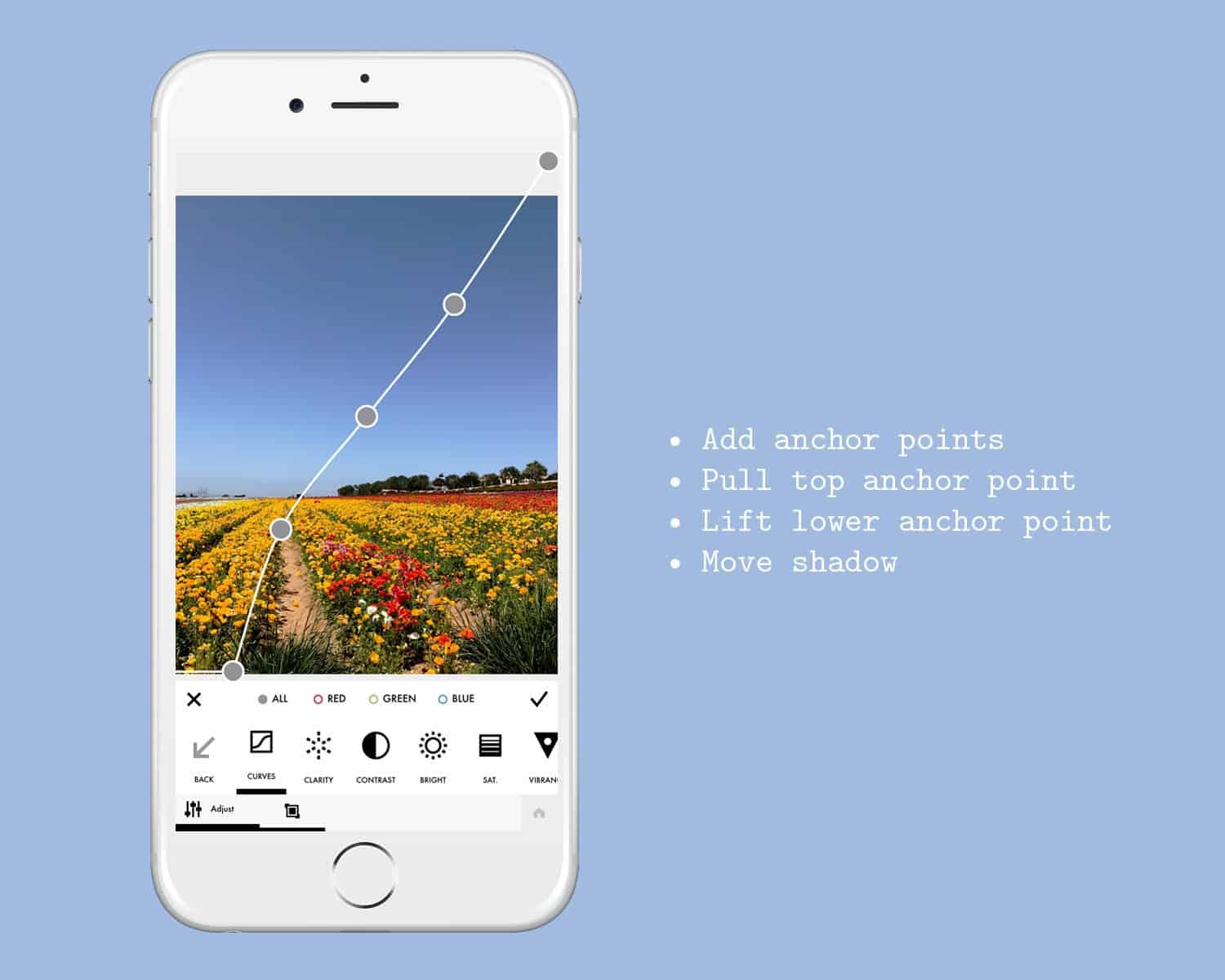 This final edit is much different from the first two, as it was shot midday outside. I wanted to show an example of how to counteract harsh sunlight while making sure the color holds its integrity.

Starting off with all curves, I compensated for the bright highlights by adding one anchor point in between the highlight and midtone points and bringing it down slightly. (You can add anchor points anywhere by tapping the line). Then adding in another anchor point between the shadow point and midtown point, I brought it up slightly.

Then, I brought the shadow point to the right to bring out the natural shadows. You can see the pattern in the curves is a reverse “s” making the image a little more flat and less harsh.

I wanted the greens in this image to stand out, so for the second curve adjustment, I brought the red shadow point across to the right. 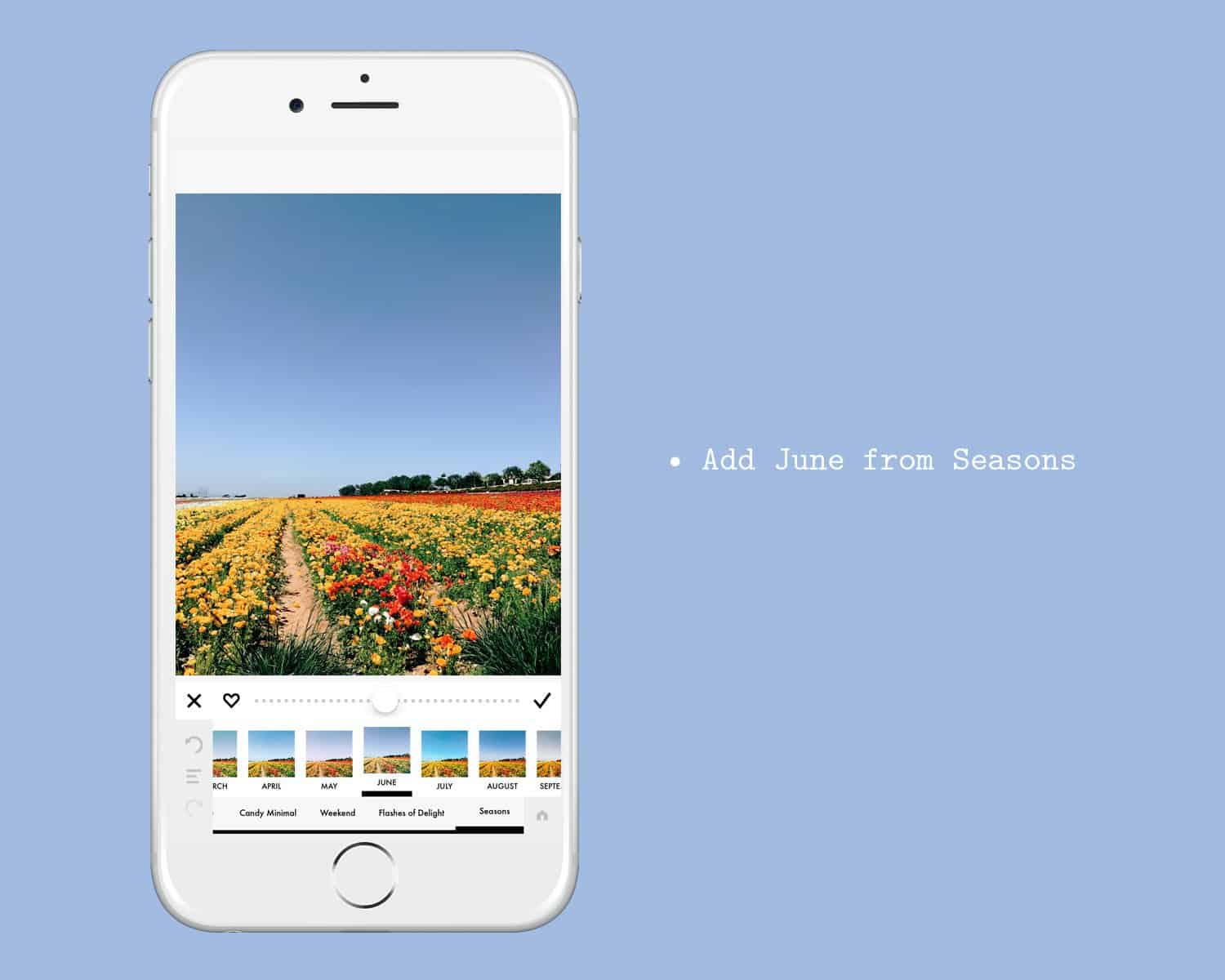 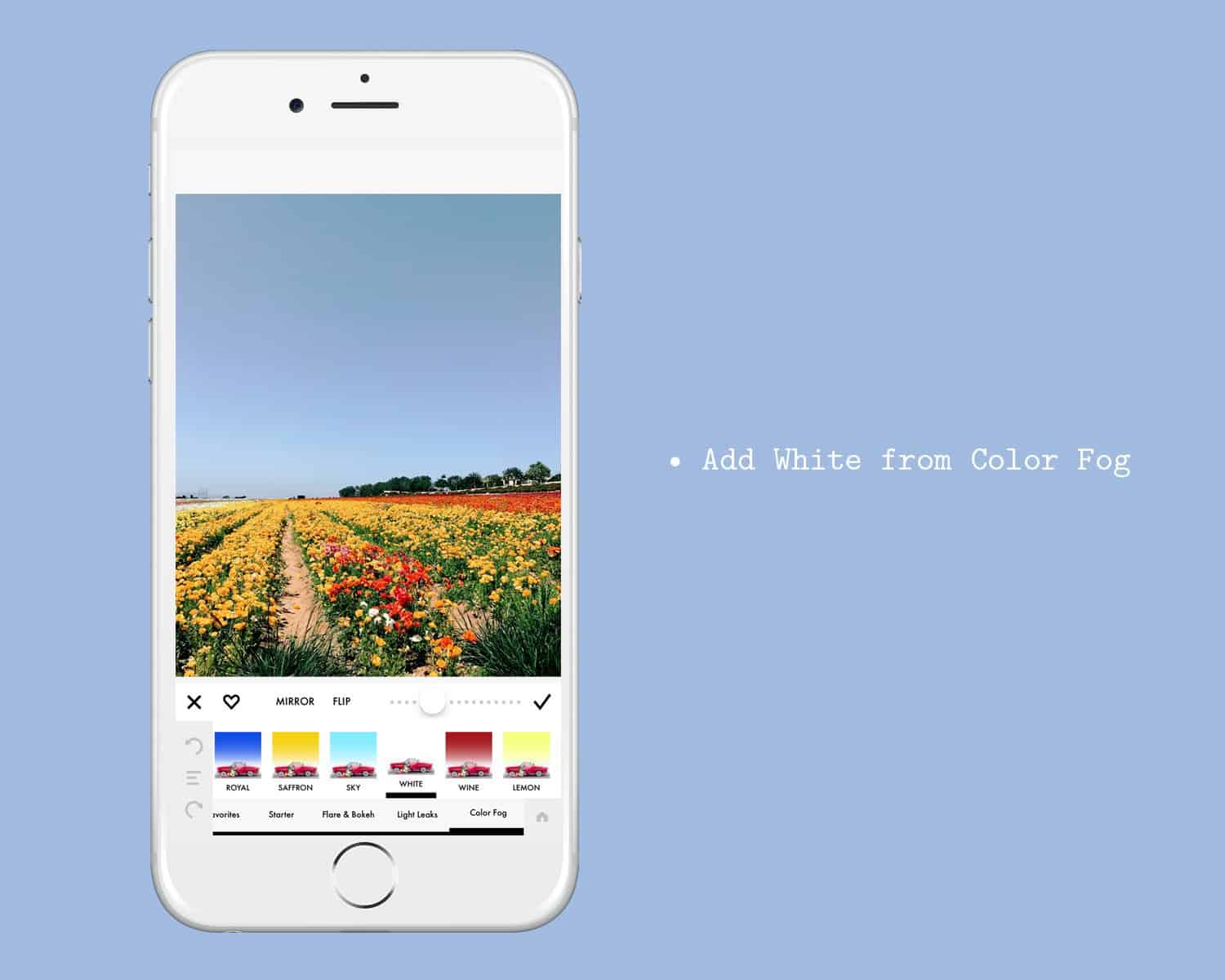 June was applied at 50% to finish off the coloring and white fog was added to brighten the blue sky for more of a film look. 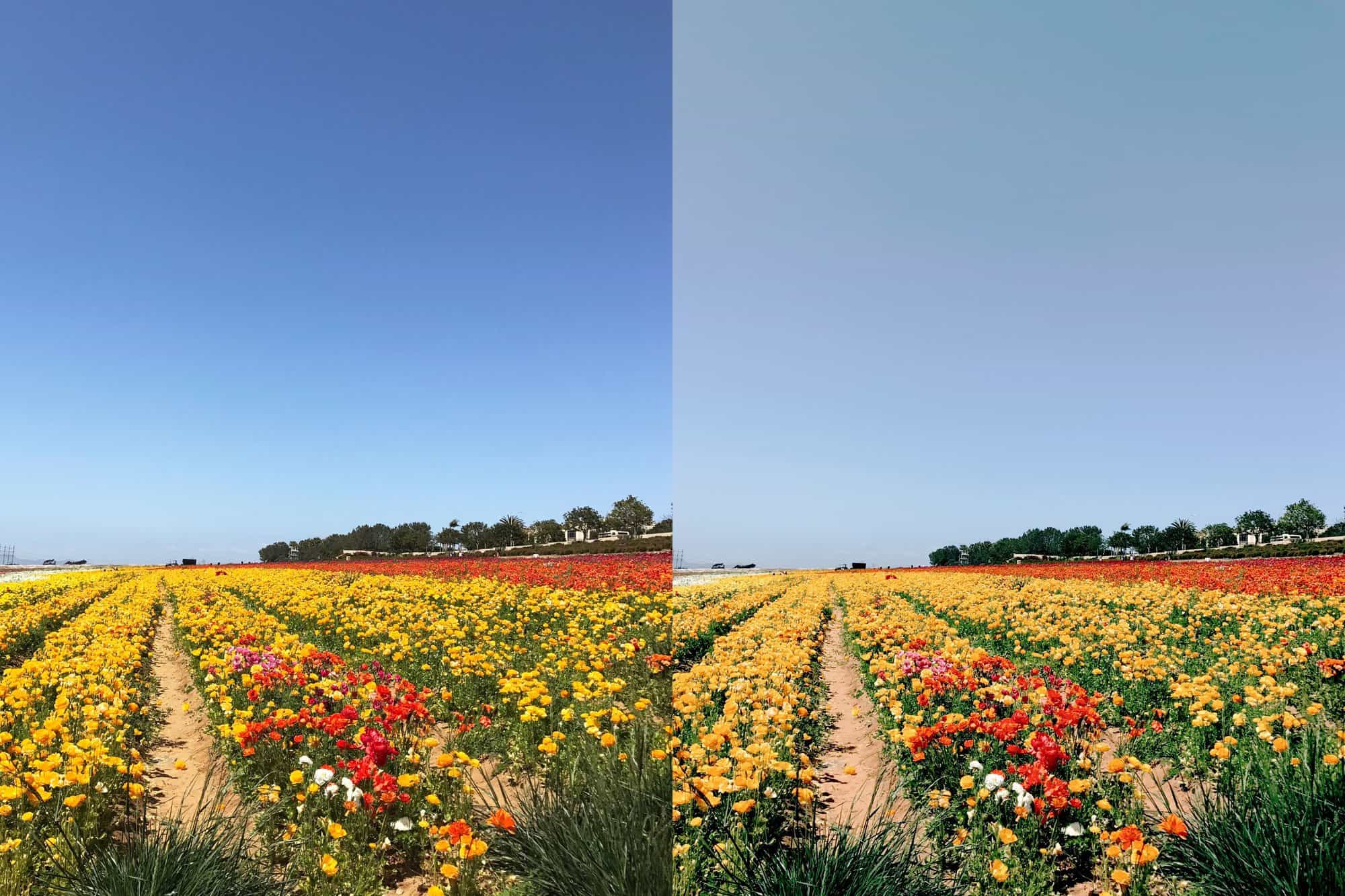 The best way to really get to know curves is by experimenting. See what works for your style and take your time when applying any given adjustment. Remember to tag your work with #AColorStory so we can see what you’re creating!

Credits//Author and Photography: Arielle Vey. All photos edited with A Color Story app.