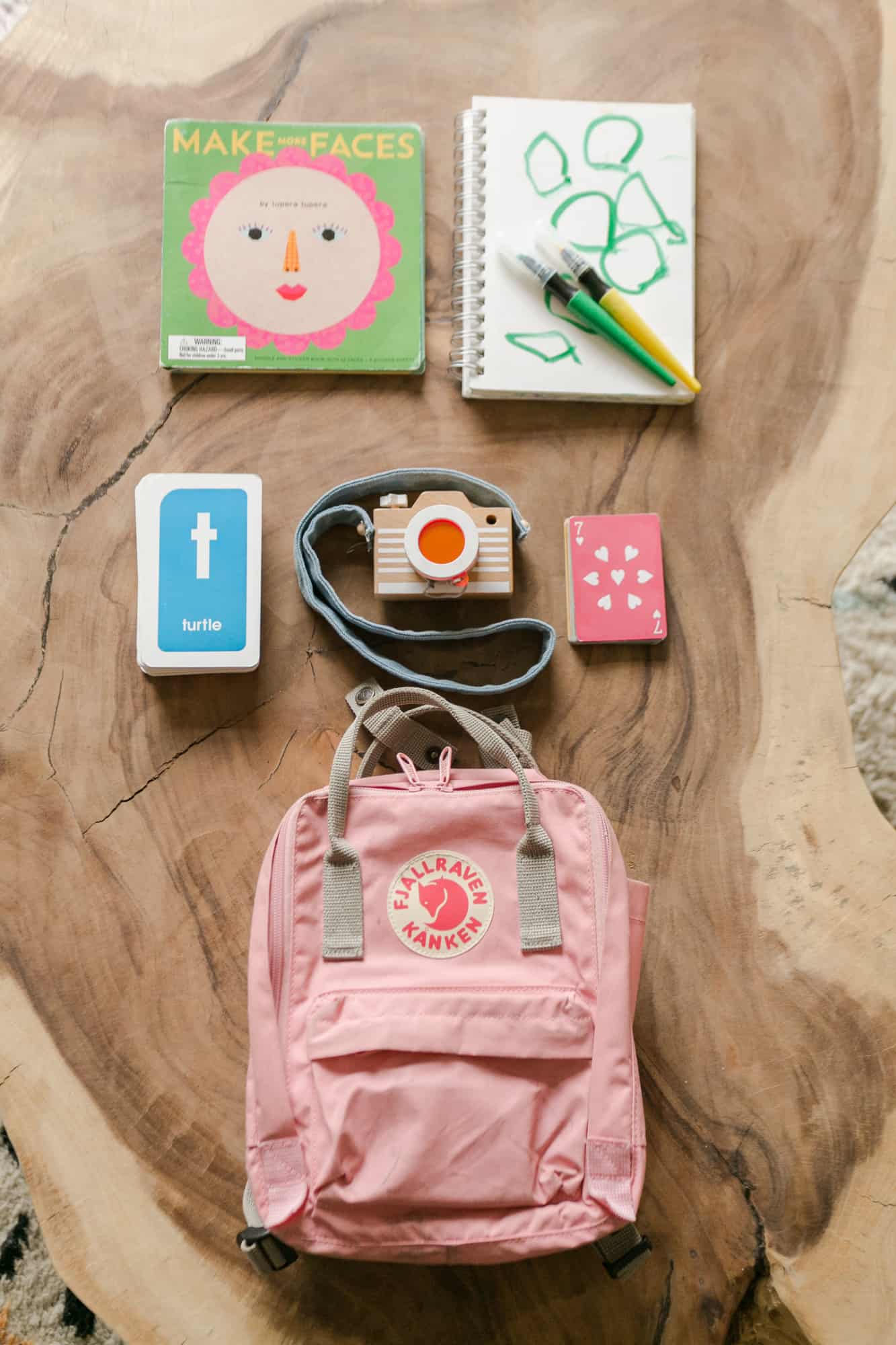 Eating at restaurants is a big priority to us. I know many fellow moms who swear off eating out saying, “It’s not worth it.” Which I get … sometimes it is NOT worth it, hahaha. For my husband and I, though, as we both work from home, eating out is a necessity some days. We do eat at home more often than we did before Nova, but there are still many days when we finish our work and just need to get out of the house.

When we were in China (adopting Nova), we basically ate out for every meal (mostly at hotel buffets, LOL). So when we arrived home after our first few weeks with Nova we decided to keep going out pretty close to every day (it was easier then because we had maternity leave) and got her into the routine of eating out and being adaptable about the kind of places we’d go (so we didn’t get stuck in a rut).

After several months of trial and error, we developed this backpack method that has helped us SO much. We’ve been doing it about a year now.

It’s basically a distraction bag that we only use for restaurants. It stays in our car at all times so we always have it when we need it. We add new things to it every few months and phase out anything she isn’t interested in. Because this bag works so well we’ve been able to use it instead of an iPad and now her iPad is only for long car rides and plane rides.

Here are the basics of what we keep in our bag: 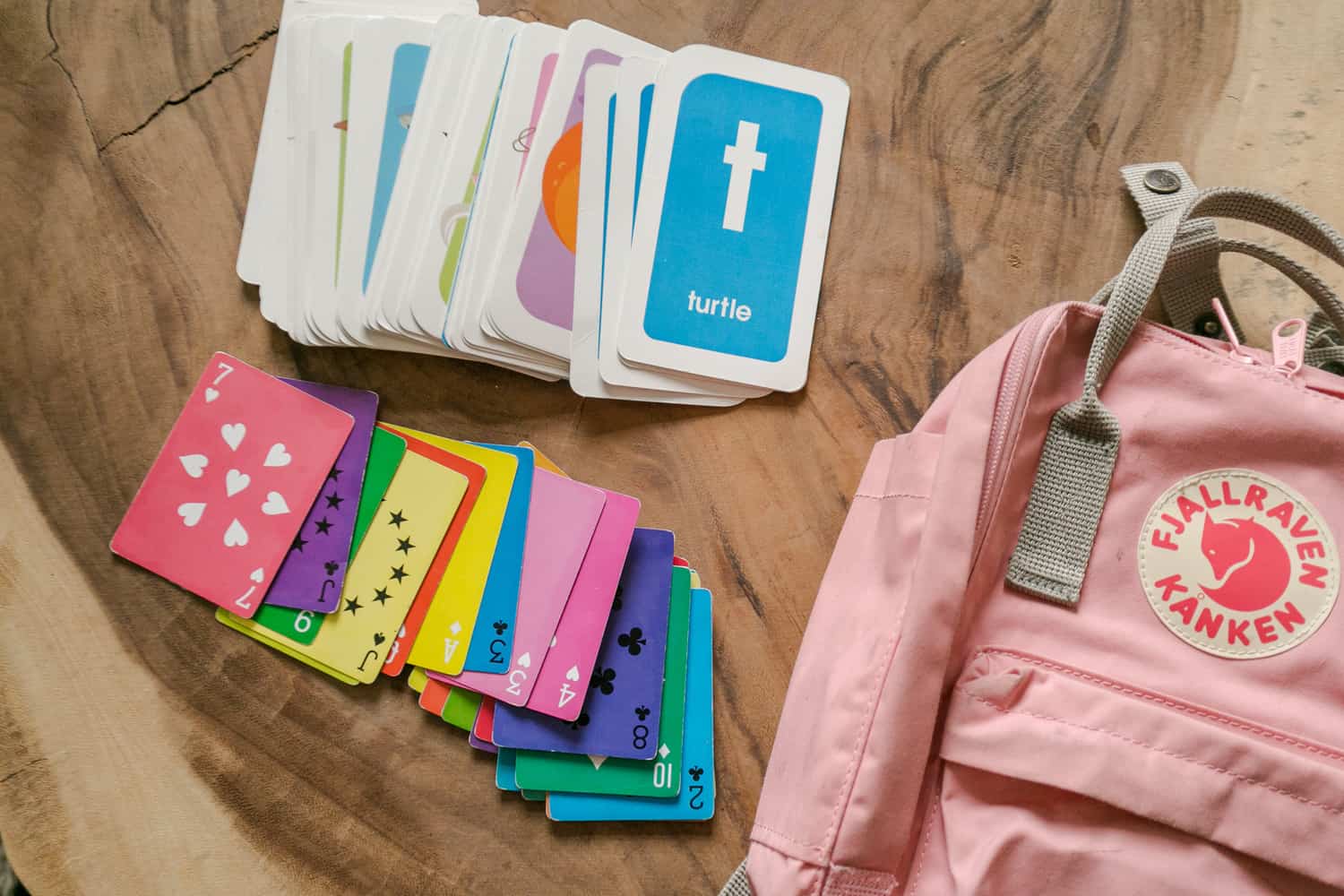 Cards. Nova LOVES her cards. These are her most played with toy, besides drawing. Emma gave her this deck of rainbow playing cards last summer and she’s been playing with them ever since (pretty sure they’re half lost by now but that’s OK). 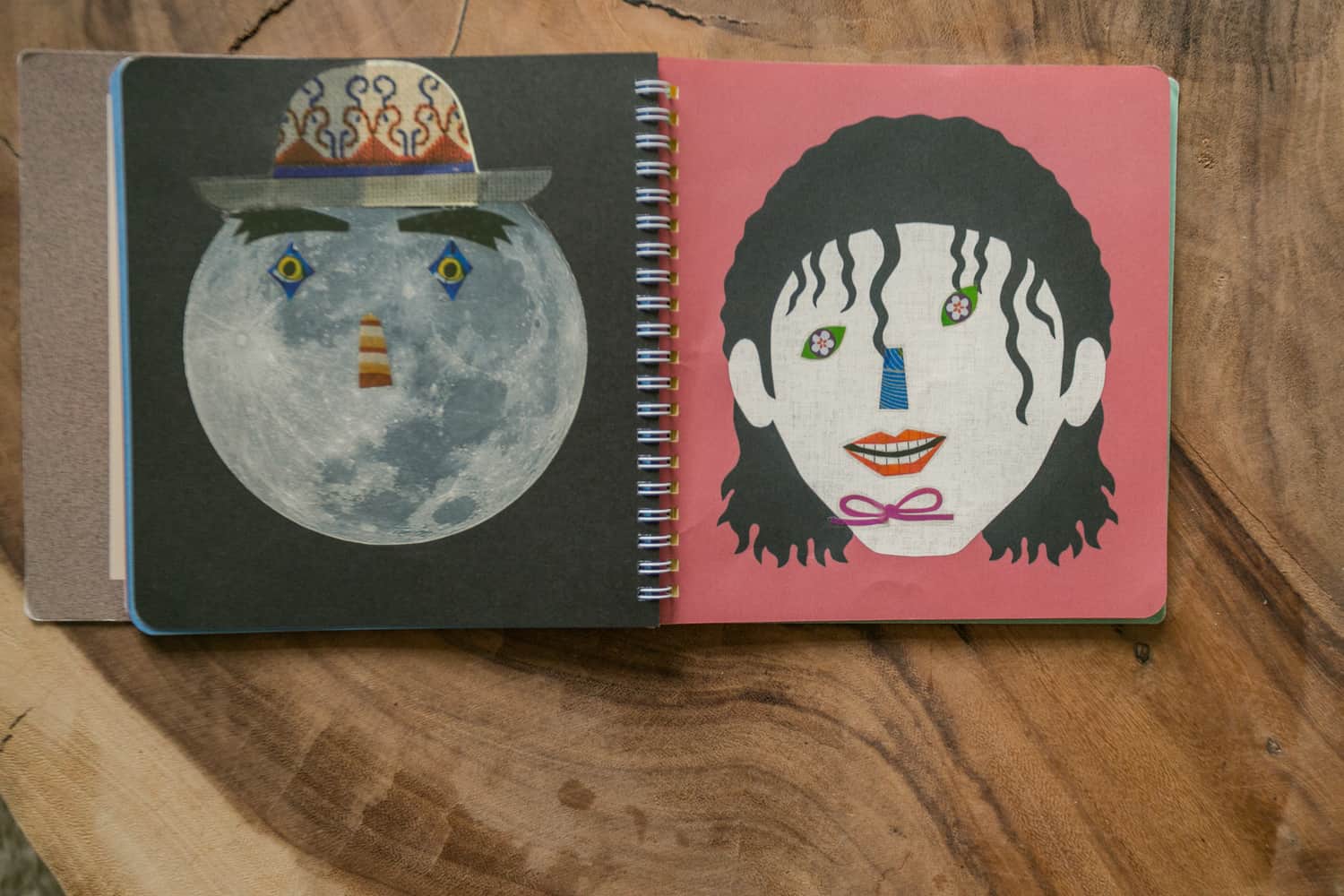 The cutest sticker book of all time. 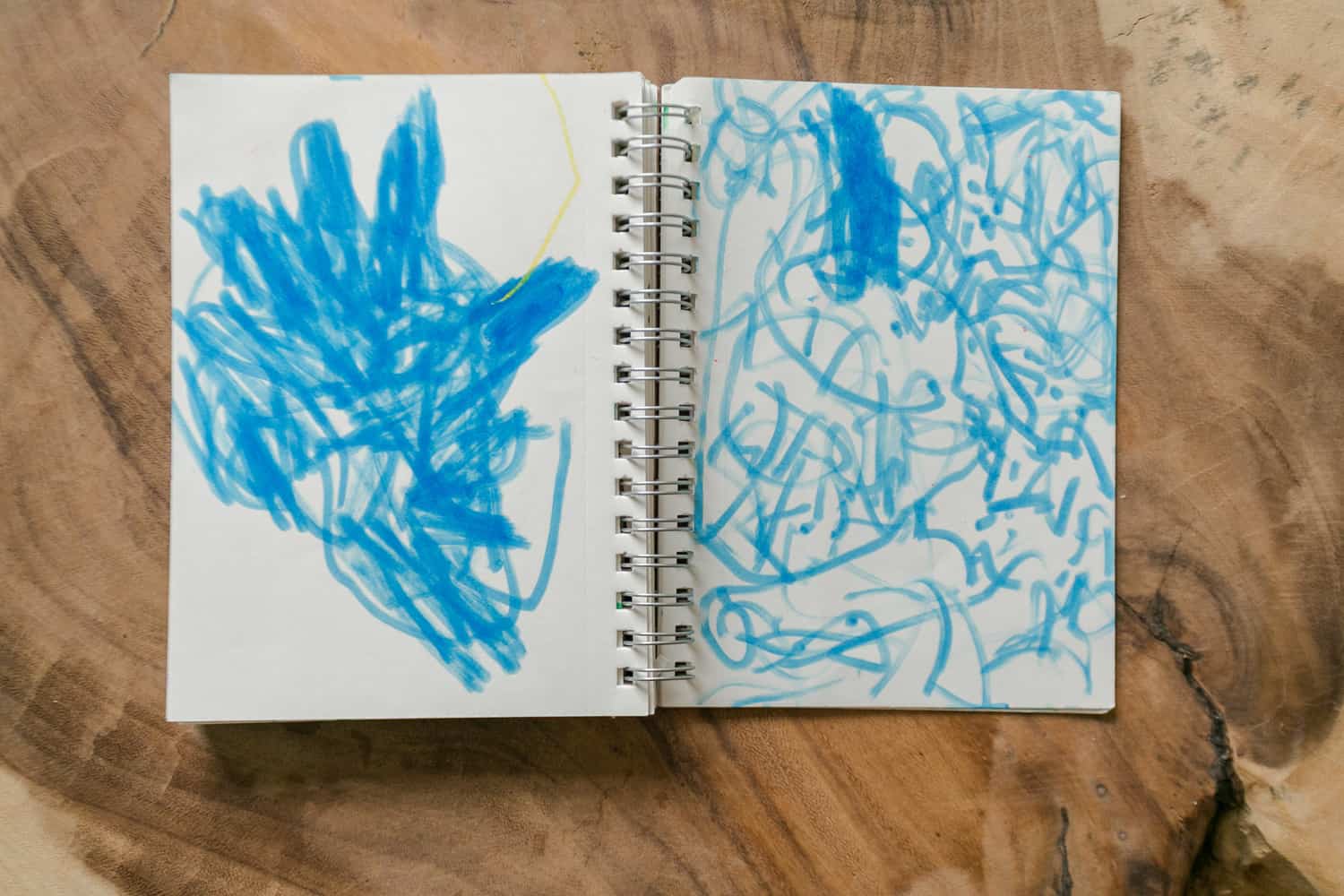 And honestly, a good old-fashioned blank sketchbook with markers is Nova’s absolute favorite.

I don’t really bother putting books in her bag anymore because they make it really heavy and don’t keep her entertained as well as these other items (we love to read at home, just not in restaurants).

OK, I’m passing this post off to Laura now so she can share her eating out tips with you too! Take it away, Gummergal!

Laura: Having a younger toddler than Elsie does means that we have some different challenges when eating out with our 22-month-old. Lola has only just gotten to the age where she’s interested in markers or coloring within the past three months, so we’ve added a little to-go coloring pack to her diaper bag (similar to this but ours just has crayons) for when we need a distraction at the table, and we also love these water painting books (they are like magic!) and these mess-free markers too. I usually have some stickers in her bag as well since that’s become a recent activity too. I will say though, for the most part of the last year, we have not spent a lot of time at a “regular” restaurant having a full meal together and I think that has a lot to do with Lola’s personality and age range. It’s normal for babies to start to want to be down on the floor more once they start early walking, and ever since Lola figured out how to cruise around on her own, she’s hasn’t stopped since! She is definitely one of those “busy” toddlers for sure, so I have found myself in that “it’s not always worth it” category when it comes to eating out lately.

At home, it’s pretty easy for us to have sit down meals where she sits in her chair, eats well, and will even hang out in her high chair and “talk” to us when she’s done for a while. But she gets really distracted when we go out to eat by all the new faces she wants to say hello to and corners of the room she wants to explore, so it can be a challenge. It’s also hard to get her to actually eat (even food I know she likes) when we are out because she would rather get down and explore than eat. I think now that she’s really into coloring and other more stationary things for longer periods we’ll be trying more meal outings to get her used to staying seated for meals out as well. We used this travel high chair a lot when going out before she really fit snugly into normal high chairs and we keep it in the car for places that don’t have them available.

During the past year, a lot of our food outings have mostly been at places that have grass areas or open courtyards attached so Todd and I can sit and have coffee and a treat while she makes friends and pets dogs nearby. Winter has been rough on that plan, to say the least, but we’ve taken her to coffee shops that have couches and coffee tables where she can color and wander around a little bit while we sit and that’s gone pretty well too. I think I’m going to try adding some animal cards to the bag as well since she loves to point at animals and make their sounds, so that could be a good table distraction. If you have a busy baby that’s in that gotta-move-around-stage too, let me know what your tricks are for meals out!