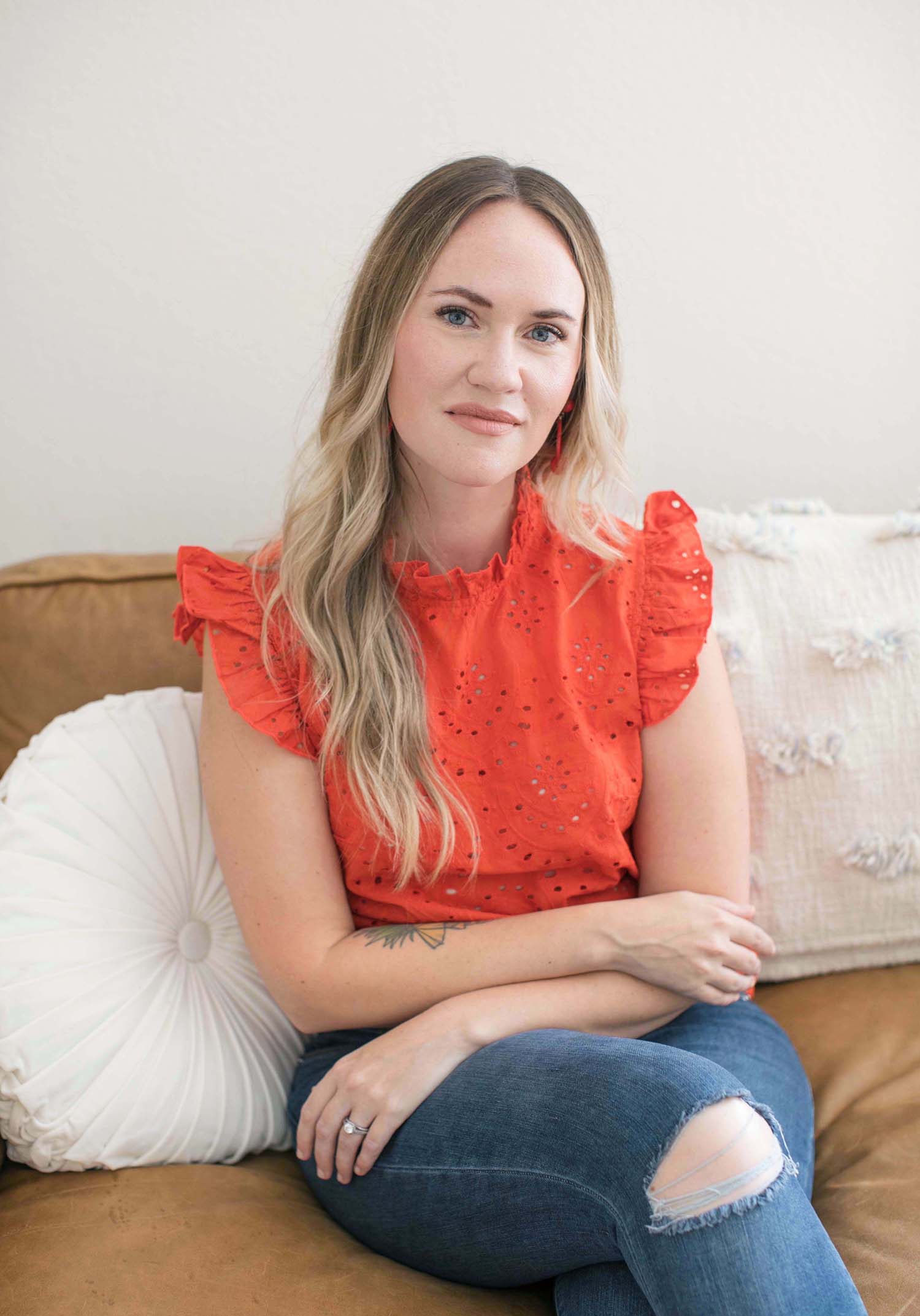 Sharing a random experiment I tried recently. I decided to take a month off of drinking (alcohol). My main reason was I was wanting to see if it would make any difference in my skin. I’m currently 33 years old and taking better care of my skin is always something I’m interested in learning more about/experimenting. Elsie had mentioned she’d gone two months without drinking and it made a big difference to her skin, and although I wasn’t ready to make that long of a commitment, I was interested in trying a month and seeing what I thought. I also don’t think it’s a bad idea to shake up habits now and again just to make sure you’re in control and also just to see what you think. Sometimes I think I can go on autopilot in certain areas of my life when really I could use a change. Also, I thought there was a decent chance I might lose a few pounds, which is never a bad thing for me as I love to eat (and drink), so I tend to gain a few pounds here and there.

After a week of not drinking alcohol, I was feeling good and decided I might try for a stretch goal. I had been interested in trying out Keto because I’d heard so many friends try and like it. You can drink alcohol while doing Keto, but it’s challenging as your body processes it in a similar way to sugar/carbs. So, I thought I was already probably doing one of the harder (for me) aspects of Keto, so why not just go for it? That’s when I decided to try it for the rest of the month while I was skipping alcohol.

I am not really an expert, as I just admitted I’ve only done it for three weeks. So I’d recommend checking out some other sources (that are more knowledgeable than me), but here’s what little I know. It’s a macro-based diet that focuses on high fat and low carbs (moderate protein). Our diet is always made up of three macronutrients: protein, fat, and carbs. These all provide calories and energy for our bodies to function/grow. Our diet is also made up of lots of micronutrients, vitamins, and minerals, which are important for all sorts of functions. But those aren’t a big focus for Keto—it’s the macros that matter. Keto is actually a state that your body can be in, called ketosis. This is where your body switches from using carbs (sugar) as its main energy source and instead uses ketones, which are produced from fat. That’s why you eat high fat on Keto—it’s your energy source.

So from my own (again, not expert!) understanding of Keto, I saw two main things I felt I would probably struggle with. First, how would I know for sure if I was doing it right? Like, how can you know if you’re body is in ketosis? From my internet searching there were some signs you could look for, but it seemed pretty inconclusive. And I thought if I was going to try Keto I wanted to know I had done it correctly. That way if I didn’t like it I would know it wasn’t for me. So I decided to use Keto test strips and this took the guessing out, which I really liked.

The second thing I knew I would struggle with was counting macros. I hate having to count up and measure/weigh every little thing when I’m cooking. I don’t mind it once in a while (I often weigh things on my kitchen scale when I’m recipe testing), but doing it for every single little thing I knew would drive me nuts. So I decided on Sundays I would figure out my breakfast, lunch, dinner, and evening snack and then I’d just eat the exact same thing all week and start the process over again on Sunday. This is not for everyone, as it’s a super boring way to eat. But I knew I was only doing this for three weeks and I preferred this to having to count macros constantly. So, it’s what worked for me.

What did I eat/drink on Keto?

First off, I was already way into making mocktails since I was doing a sober month. So I just made sure they were low to no sugar (most already were anyway) and I kept that up. I also drank plenty of coffee, homemade lattes, and lots of tea. 🙂

I usually had one of two things for breakfast: Either eggs with veggie sausage and cheese, or a mix of cottage cheese, greek yogurt, and fresh fruit (usually blueberries). These are breakfasts I normally eat all the time anyway, so the only thing that changed was I was more careful of the amounts and also what kind/how much fruit I included since lots of fruits are pretty high in sugar.

For lunch most days, I would eat a huge, and I mean HUGE salad. We are talking lots of greens, other veggies like cucumber or red bell pepper, hard boiled eggs, nuts or seeds, cheese, always an avocado, and some kind of oil and vinegar dressing. I got waaaaaay into salad making during these three weeks and I LOVED it. I’m sort of embarrassed that I wasn’t already in the habit of making a big salad for lunch everyday (or most days), but I wasn’t.

Dinner was often something like stir-fry shrimp and broccoli (or some combo of a meat protein and vegetables like tuna salad on sliced cucumber) or a meat and cheese plate with a few grapes. 🙂 I must admit I did eat more meat than I normally do, but certainly not for every meal, as I am just not a big meat eater. I mostly eat seafood but I’ll sometimes eat other meat, especially if I’m eating out and can’t find a better option. The biggest difference for me was I consistently ate a lot more dairy than I normally do. I am not lactose-intolerant so this was fine, but just really different and felt sort of weird to me at first.

I almost always left space in my day to have a small evening snack, which was usually something like string cheese or these cheese crisps and a small amount of dark chocolate. My favorite chocolate is Askinosie, but in a pinch I’ll just eat some dark chocolate chips leftover from my last baking experiment. 🙂

Short answer—yes! Loved it. So the biggest difference I noticed turned out not to be my skin but my SLEEP. I slept soooooooo much better this month. I suspect most of that has to do with drinking but I think Keto contributed as well since I was eating a lot less sugar/carbs. I never really thought I slept poorly before, but I was amazed how much better I slept this month overall. This was pretty enlightening to me.

Second thing, I lost weight. I didn’t drink for a full month (which it happened to be a 31-day month) and I did Keto for a full three weeks, and since I used test strips I can say I was indeed in ketosis for almost the entire three weeks (it took two days to get into it at the beginning). During that time I lost around 6-8 lbs. When I started the month, I weighed 139 lbs. and at the end I weighed 131 lbs. (just FYI, I am 5’4″). Certainly nothing crazy, but I’ve never lost weight that quickly before, so it was very different to me. I felt really good the whole time too, which was awesome. I didn’t get the “Keto Flu” and overall I really didn’t feel crazy hungry. I was a little bored of my meals by the end, but this was mostly my own fault.

I will for sure be doing Keto and a no-drinking month again. I really liked it! I’m planning to do it again around Jan. 10-Feb. 10 this year (I have a vacation just before, otherwise I’d start on Jan. 1, but I like to enjoy my vacations and not spend one second counting macros. ha)

Personally, I don’t think it would be a sustainable way for me to eat for a long period of time. I think the most effective things we do in life are the things we can make long-term habits. Elsie talked about this a little bit in her post on how she changed her life and I think she’s absolutely right! I don’t think I could do the Keto diet all the time, forever. But I do love the idea of using it as a reset button from time to time. I also love that it got me more in the habit of eating really good for me, but also low carb meals (continuing my love affair with huge salads, scrambled eggs, and dark chocolate).

The second thing I don’t love about Keto, or any macro-based diet is the lack of emphasis on micronutrients and other things our body needs, like fiber. Technically, you can eat anything while on Keto, it just matters how much. So you could probably figure out a way to eat nothing but bacon, processed cheddar cheese, and Oreos (or likely just one or even half an Oreo, ha) and still get your body into ketosis. But, obviously, a long-term (or even short-term) diet of nothing but bacon, cheese, and Oreos would not be what I would consider a healthy diet. When we developed our cookbook years ago, I got to work with two super smart dietitians. They also spent a year after our cookbook came out contributing nutrition-based articles here on our blog. I learned SO much from them in that time.

But if I had to sum up what I believe about healthy eating, it would be this: Eat lots of vegetables, especially green ones and some fruit, and when you eat other foods try to find things with the least number of ingredients and all ingredients you can pronounce. Food is grown, not made in a lab. It doesn’t matter what the macros are, I think REAL food is what I want to aim to eat the majority of the time. I’m not above eating something for fun now and again, as I’m a human! But I just don’t want that to be the normal thing for me; I want it to be the exception or a once in a while treat. Green vegetables everyday, Oreos once in a while. That’s my motto. 🙂

This was a great experiment for me as I learned a lot. But I just want to throw it out there, since you are not me, that this may not be something you should try. First off, you may want to check with your doctor or a dietitian before trying any big diet change (especially if you have any major medical conditions, like diabetes). Also, if you now or in the past have struggled with disorder eating, I would talk to someone you are close to before trying Keto. It may not be a healthy experiment for you like it was for me. We are not all the same—do what is best for you. Much love, Emma