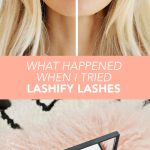 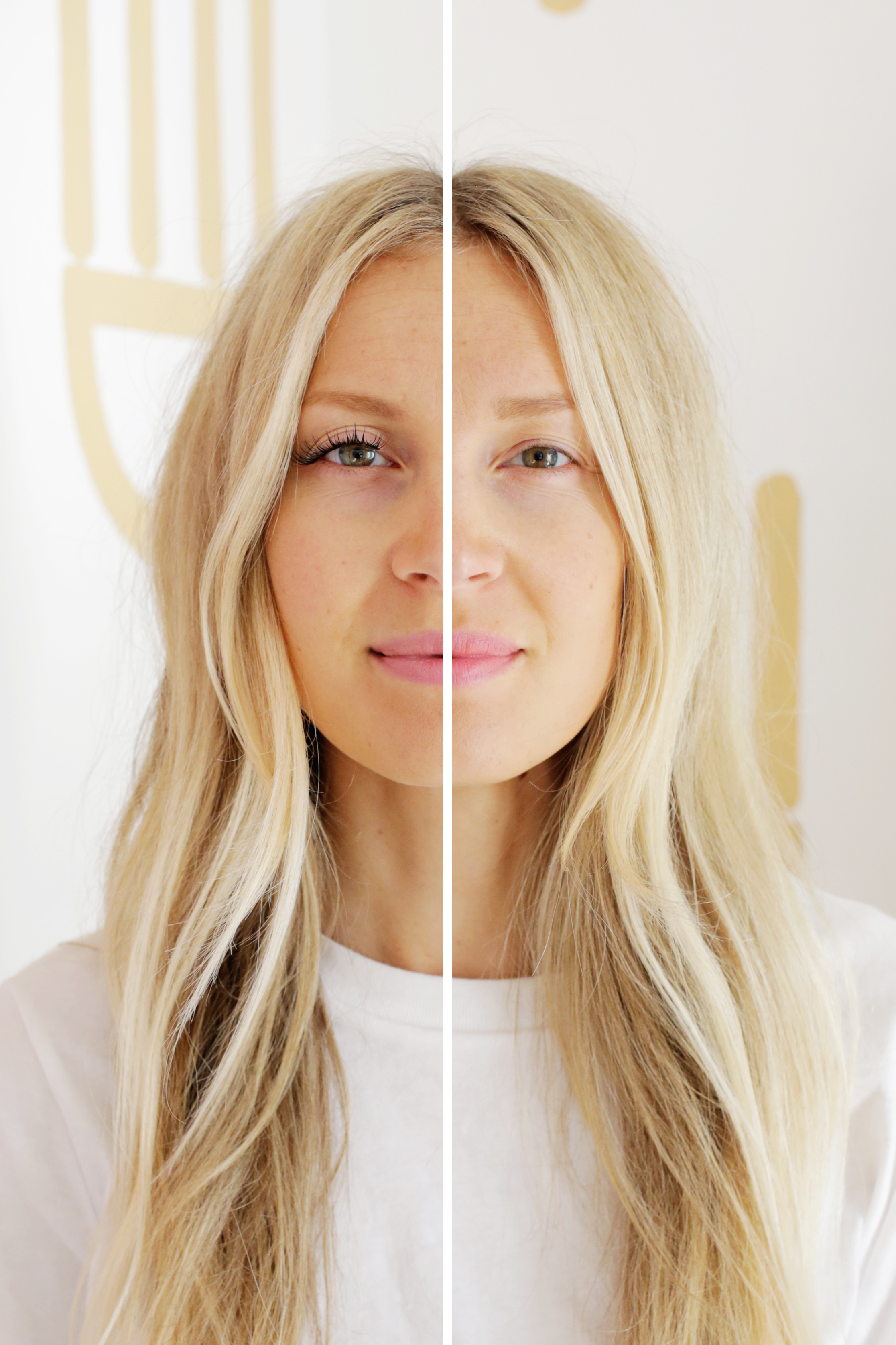 I love a good false lash. I know some people can’t stand them, but since the first time I applied a strip of falsies in my 20s, I was hooked. Naturally, I have pretty straight, short, and sparse lashes (especially compared to the thick, long, dark lashes my husband and daughter have—so jealous), so getting a full lash line is a modern-day miracle that I do not take for granted. That being said, I feel like I have tried most of the lash options out there (you can read my thoughts on all the kinds here), so when a friend was telling me about the Lashify system (this isn’t a sponsored post by the way, so just FYI!) it looked so interesting to me that I was dying to try it!

Faux lash strips have their place for me, but I find that the full strips can be hard to apply. The strip can be obvious if you don’t do a lot of eye makeup/liner, and they start to curl away from my eye on the edges quickly and never last overnight. The smaller segmented strips I like better for application and staying power, but you can still see the base of the strips and they aren’t easy to find in a lot of fullness/length options like the full strips. The individual lashes look the best at the base since they aren’t on strips, but I have a harder time getting them to stay put and in the direction I want them to go, so I’m constantly brushing them out so I don’t look crazy. I did lash extensions for a year recently (and they look amazing!), but then became sensitive to the glue and had to stop.

While I do miss results of the extensions a lot, they were also super expensive and you had to go to long appointments all the time, so there are a lot of things about it I don’t miss as well. I also tried the magnetic lashes that are on the market now and maybe there are some people that love them, but I could not get them to go on properly. And every time I tried to take them off to attempt to position them again, they pulled out my real lashes so I stopped trying pretty quickly … 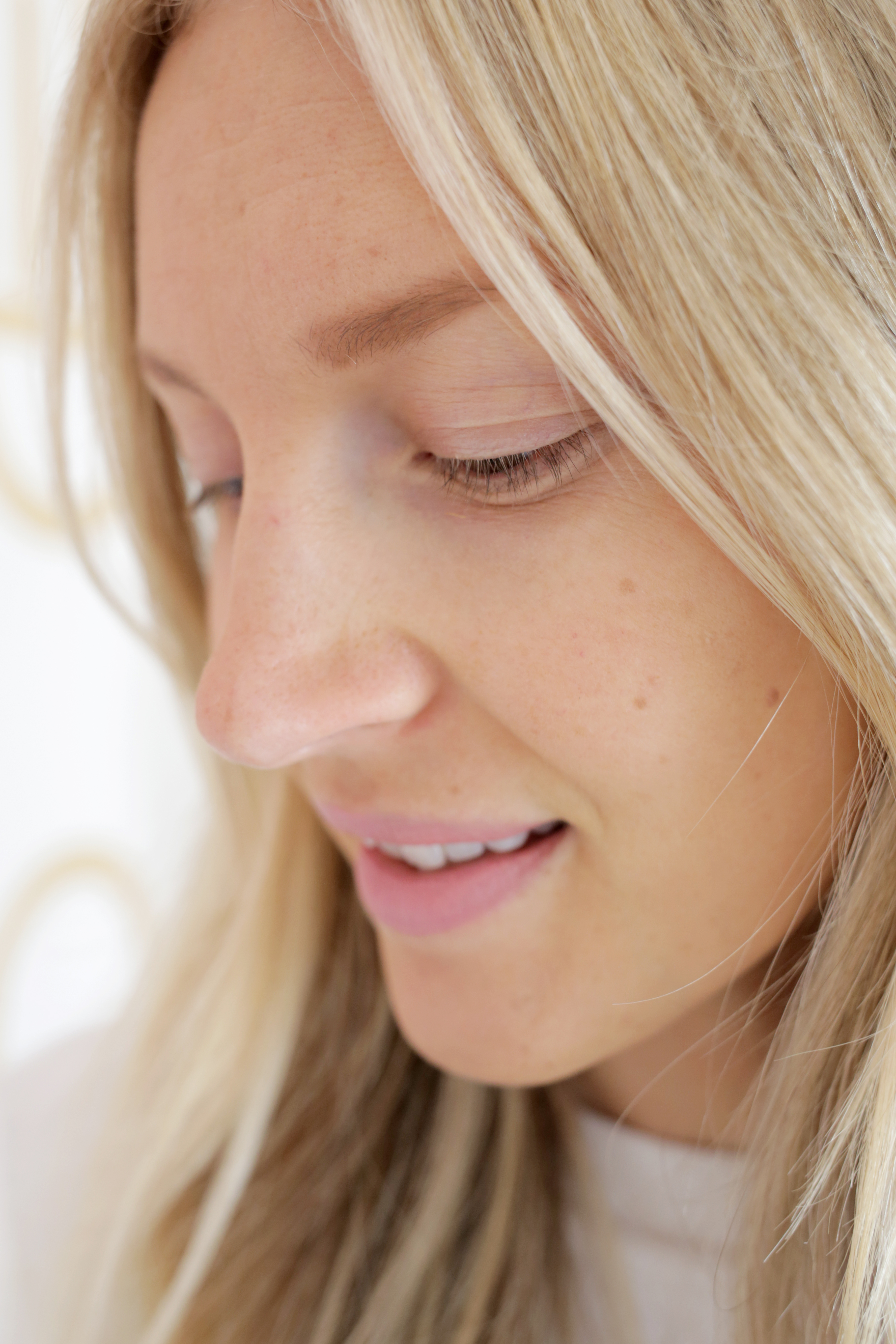 As you can see, my lashes are more on the sparse, straight, and light colored side, so they basically disappear with no eye makeup on. 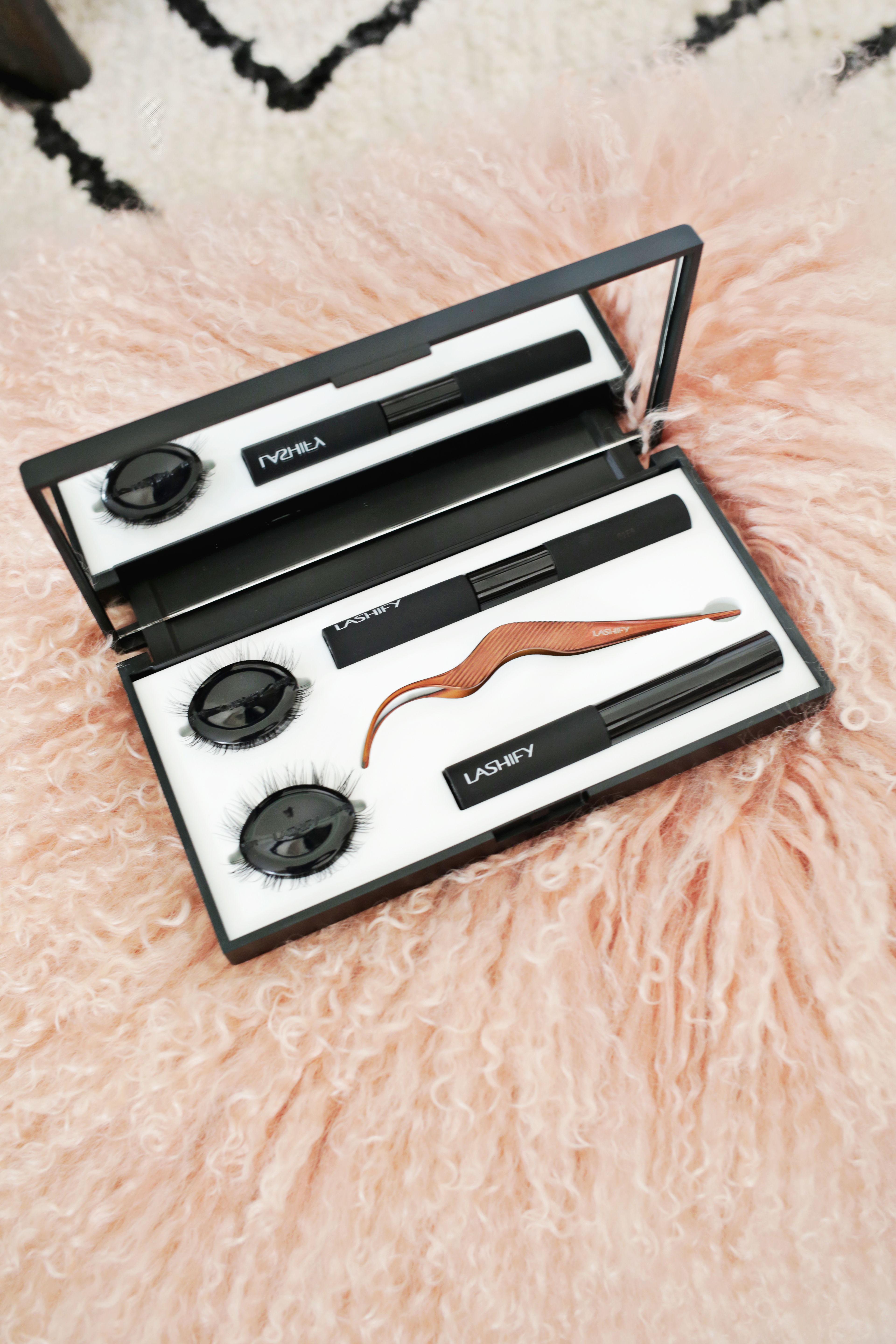 All that to say I’ve had some background with using false lashes and definitely have my opinions on each method, so I was so interested to try the Lashify lashes. They are basically cluster lashes (or trio lashes as I’ve also seen that style called), but they are applied under your lash line instead of over/on top of your lash line (they should only be touching your lashes though, not attached to your waterline). You put an adhesive onto your lashes with a tiny mascara wand, position each lash grouping under your lash with their fuse control wand to stick it to the adhesive, and once you have all the lashes attached, you used the curved wand to press down and fuse the false lashes to your real ones.

The first time I tried it I was impressed with how good they looked as far as hiding the seam and knots of the lashes under your lash line. But I could also tell that length of lashes was probably too long for my face, and I like when the most inner set of lashes is shorter than the rest so it looks more natural. They sell lots of different lengths and volumes, so I tried shorter sets of different volumes to find the perfect Goldilocks fit. I would say if you have no idea what length/volume of lashes to get, start with a set that’s somewhere in the middle as far as length and volume go and then you can dial it back or up from there as needed.

The lashes came off pretty well too, pretty much the same as taking off regular falsies, so that part was about the same. They do warn you that sleeping on your back is best for these lashes (same with lash extensions), so the first time I tried them most mornings I had a wiggly lash I needed to reattach on the side I sleep on. I do have one of these pillows that Elsie loves for training you to sleep on your back, but at the moment I have some back issues that make that position more uncomfortable, so I kind of have to sleep on my side for now. The next time I tried them though I slept on the edge of my pillow, so my eyes weren’t as smushed into the pillow and it helped a ton! I didn’t have to reattach any side lashes until the very end of the week that time. 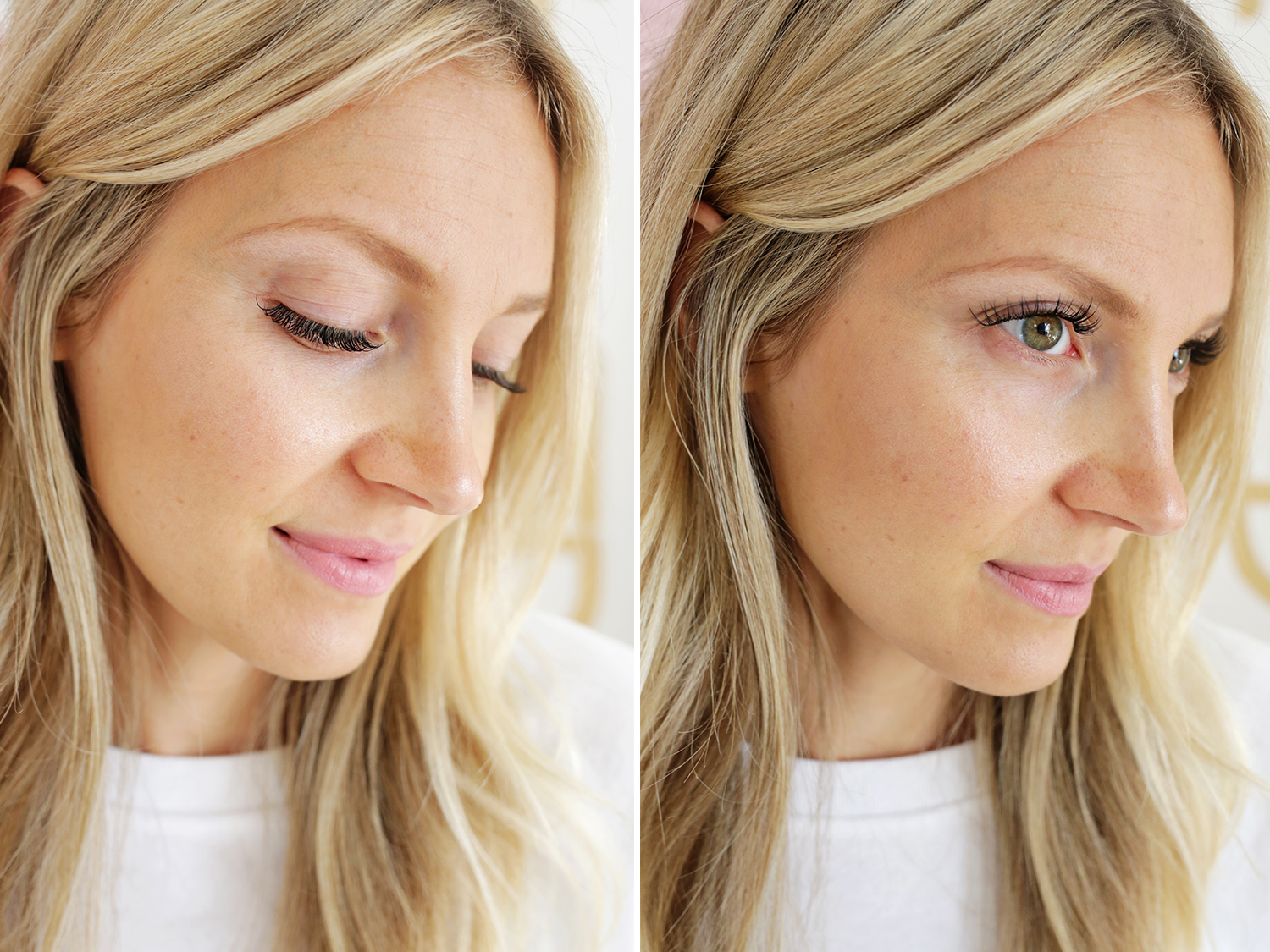 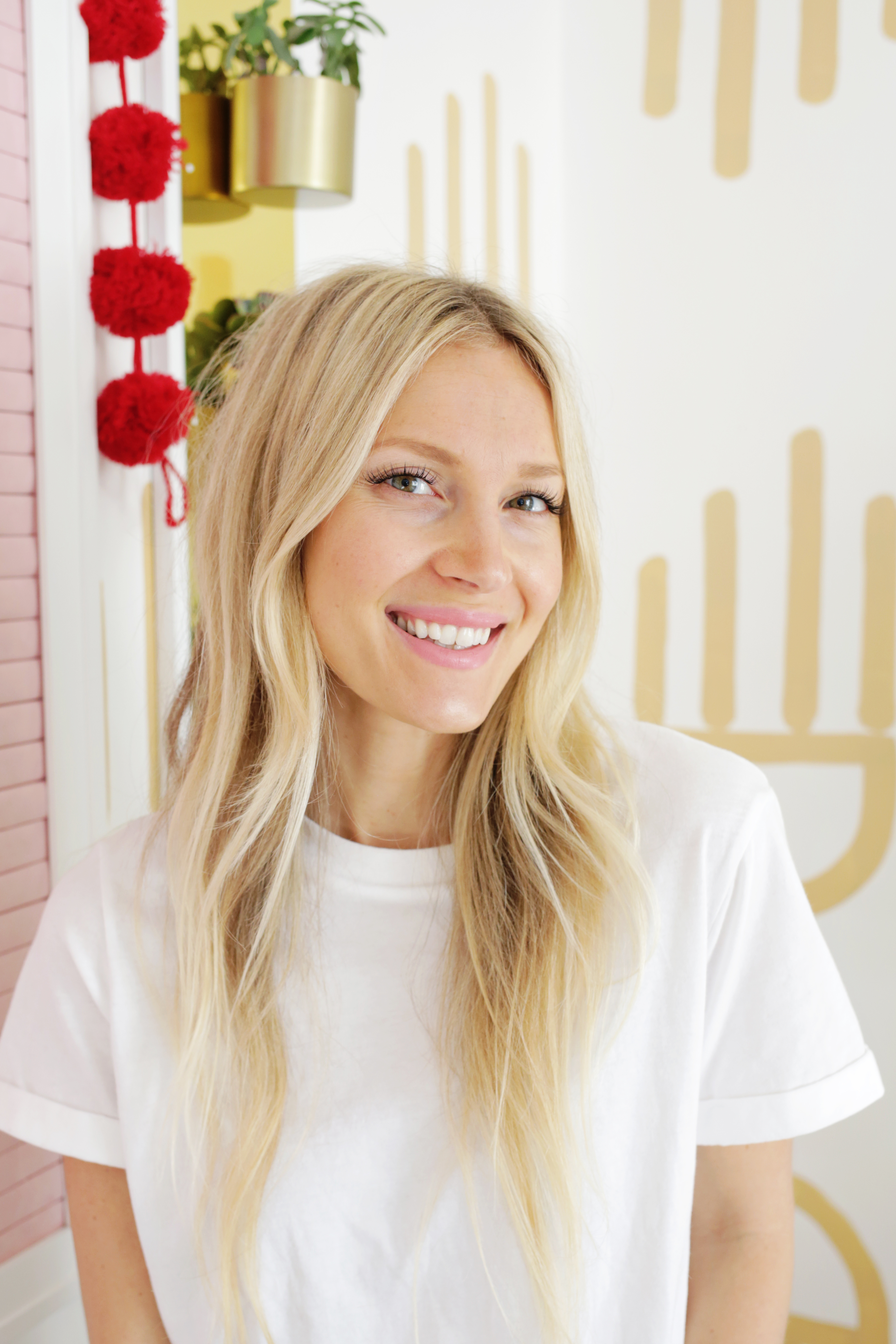 The pros for this method are that they hide the lash strip amazingly well so they look more like extensions. You can apply them rather quickly at home instead of with long appointments. It lasts for several days (even up to a week depending on how well you take care of them). You can wear them as much as you want back to back. It’s super easy to remove them to give your eyes a break whenever you want unlike extensions. And they have a subscription service if you are wearing them all the time.

The cons are that it’s kind of expensive to get started (although still less than most charge for an initial lash extensions appointment). You may have to try a few sets to find your favorite fit of lashes. They don’t last as long as lash extensions. You can’t get them wet like extensions (you can shower with them but try not to get your eyes wet). And you may have to reapply more often if you are a side sleeper. 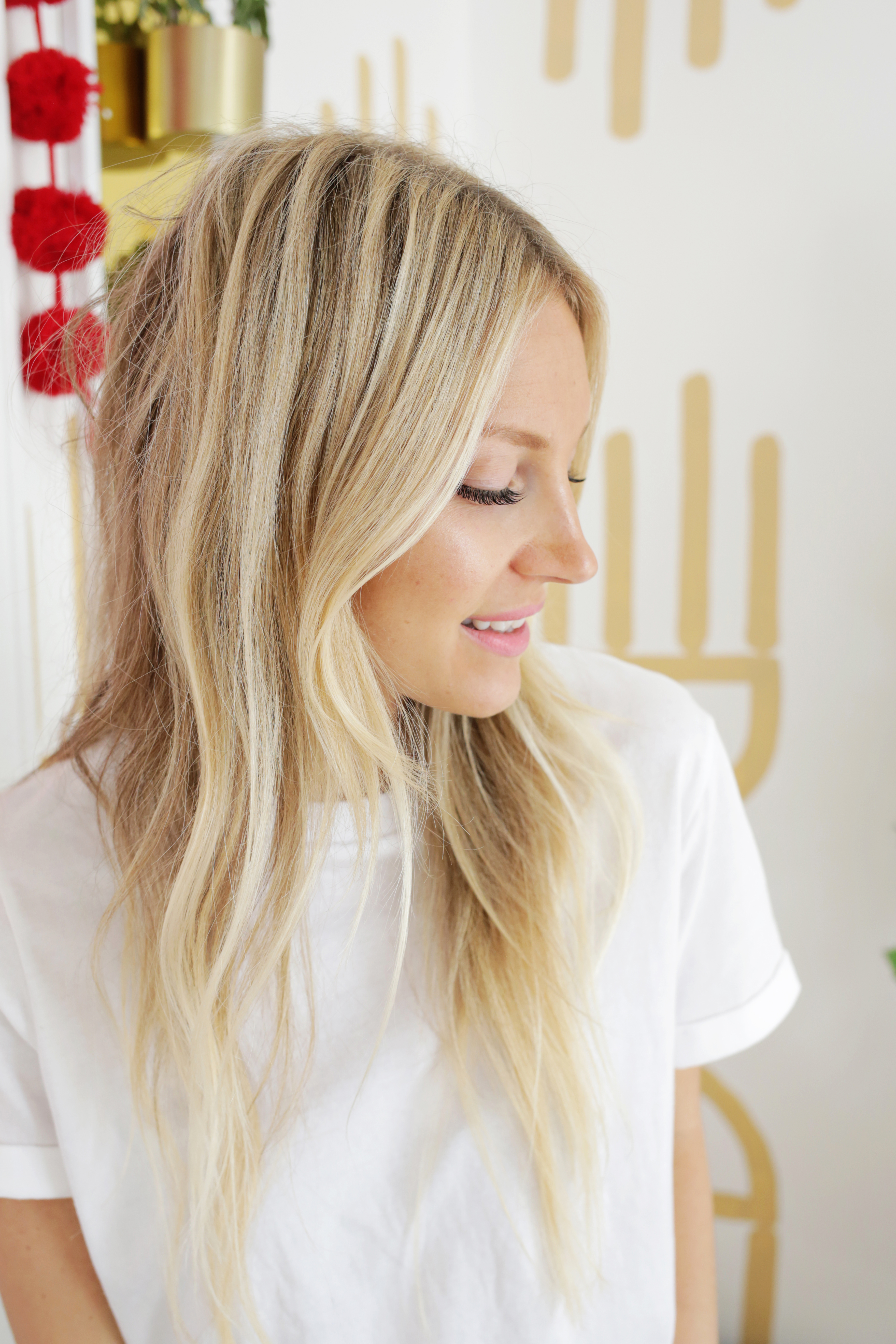 Originally I got about four days out of each set of lashes before the ends were having trouble staying put. But once I added in their night bond to the routine and slept on the edge of my pillow instead of the middle, I got a week out of the next set pretty easily. All in all, these seem like a great option for a long weekend or a trip that you want to look nice for but don’t want to go to all the hassle and commitment of lash extensions.

You can get the control kit to start out with, but it’s possible that you may not like either set of lashes they send with it. So you may be better off buying the items separately so you can choose your own lash length and fullness (I’m wearing the Drama lashes in a 12mm size above for reference if that helps, but I have smaller more hooded-shaped eyes). Also, if you already use a micellar water-type cleanser, you can probably use that rather than buy their cleanser to prep your eyes. I just use this duel-phase makeup remover instead of theirs and it seems to work just fine, so if you have items like that already, it can save you some money up front.

Hope that was a helpful (or at least fun!) look into this new kind of lashes I’ve been hearing about! I think I’ll definitely be using these for trips or weeks where I have several photo shoots that week, so I know I’ll be using them again probably soon. What’s your favorite kind of faux lash to use? xo. Laura

Credits // Author and Photography: Laura Gummerman (with some help from Todd Gummerman on the photos!). Photos edited with A Color Story Desktop.