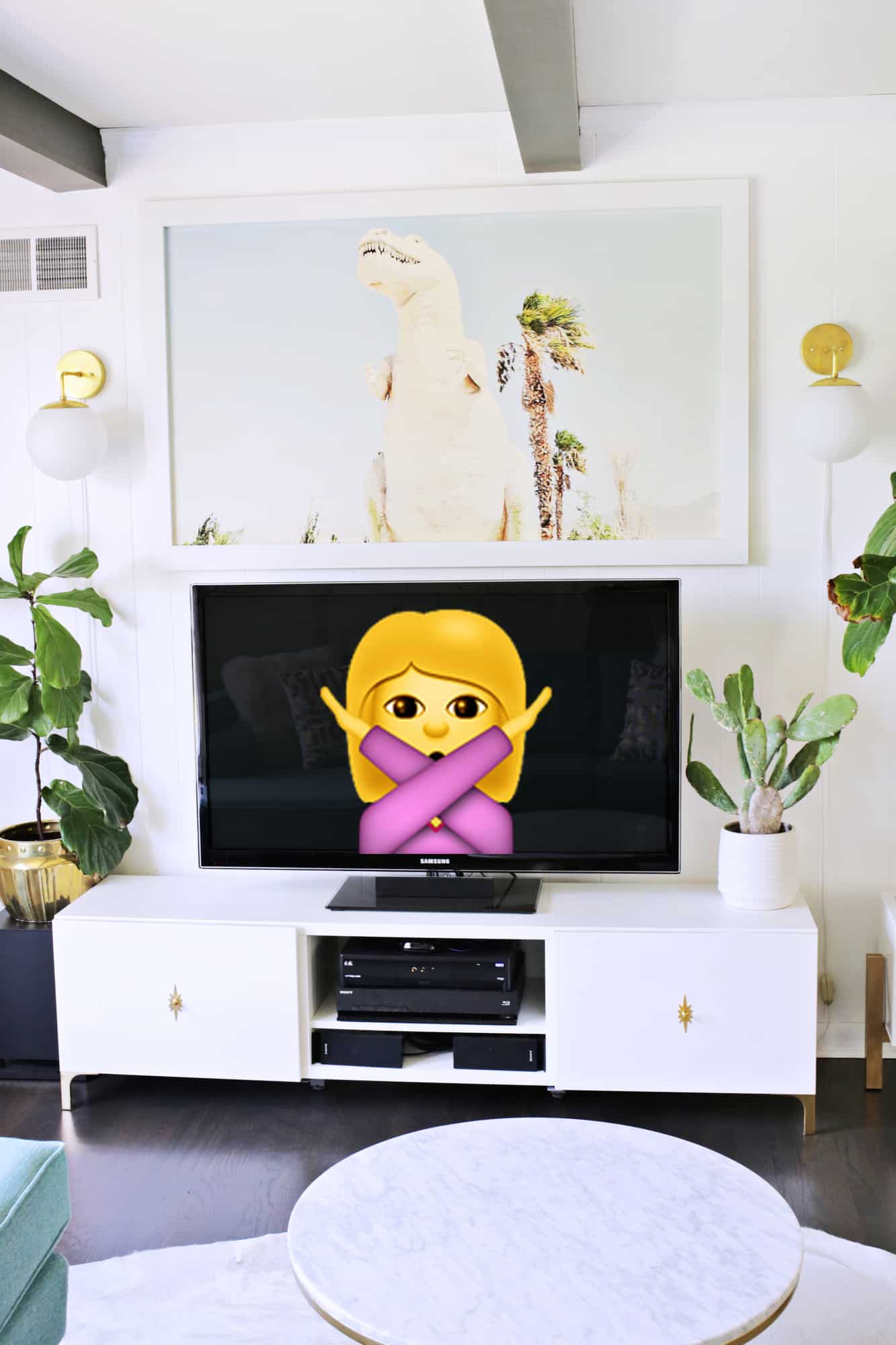 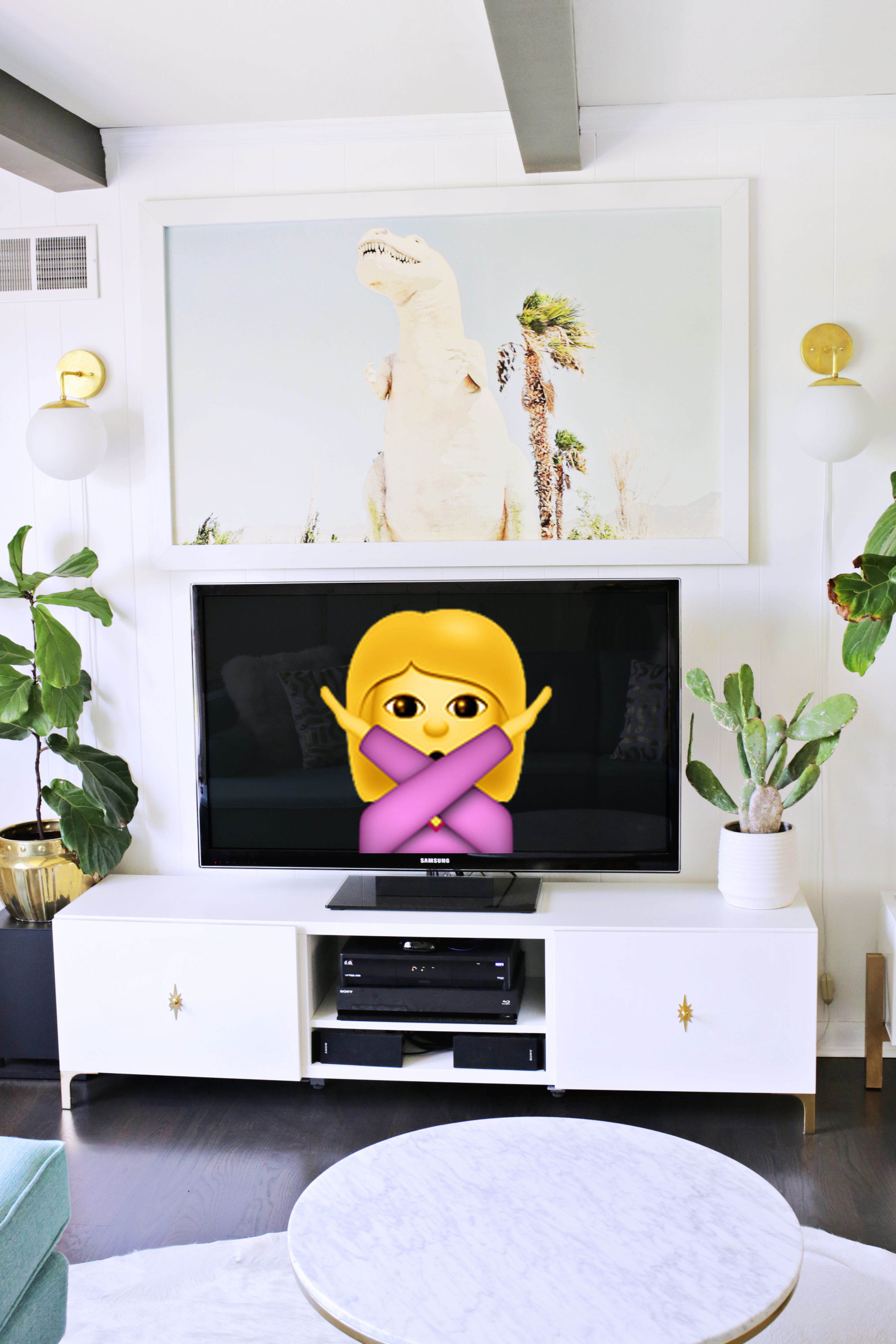 About a month ago, my husband Todd and I took a week-long break from TV. I just felt overall like we were watching too much of it and relying on it to be our sole source of entertainment. It seemed like a good time to cut the cord for a bit. A week without TV may not sound like that big of a deal to some, but I have never taken a purposeful break from that flickering light of the television ever before in my life (and I just really love TV in general), so it felt like a very big deal to me. While there were certainly ups and downs to the whole experience, I would totally recommend that you give it a try if you haven’t lately and here’s why:

You just might be addicted (and not even know it): I think the first day was a bit of a sobering experience for me to realize how much I really missed and felt like I needed television. I used to keep the TV on low in the background all day when I lived alone in an apartment because I liked the comfort of hearing other voices, and since my spouse travels a lot for work, I still keep up that habit most days. Having just silence was a bit unnerving to say the least and I really didn’t like it at first. However, by the end of the week, I could appreciate the other sounds that would normally be drowned out by the noise of a show – the birds singing in the yard, kids playing down the street, crickets chirping at night. I would have missed all those other great sounds if the TV was on just to fill the dead space. I also realized how much I rely on it at night and as a relaxation ritual. I came to realize at the end of the week that I think some TV is healthy for me as a way to space out and not have to do anything creative or cerebral for a while. Even too much of a good thing like creative projects or brain busting books or projects can wear you out after a while if you don’t have some relatively mindless downtime. So, some TV can be great for that downtime, but I realized it had been my only option to unwind and relax. 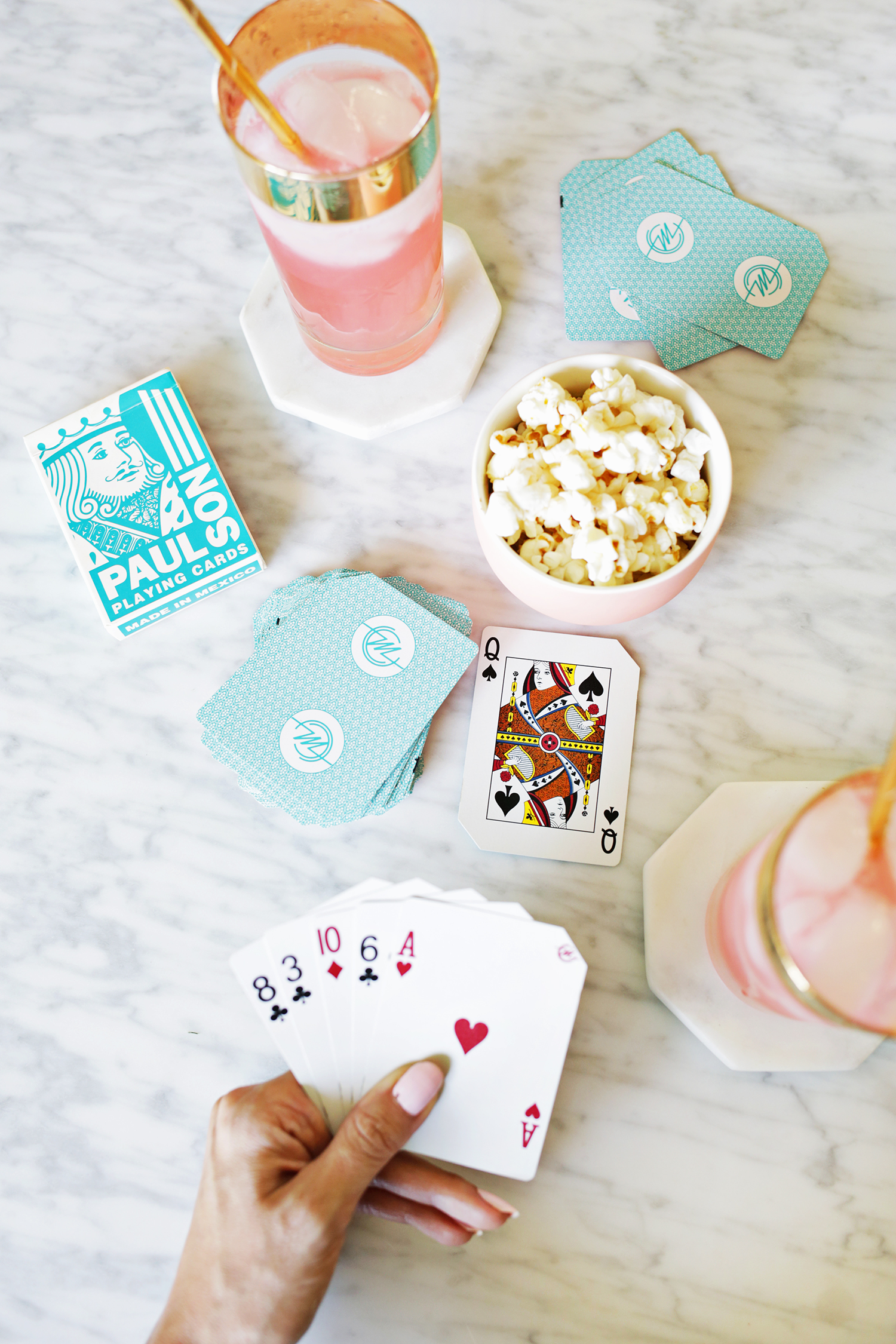 You’ll engage with others more: This was kind of a big one for me. I absolutely love to watch TV while I eat for some reason. So once it wasn’t an option for me anymore, I would sit at the table with Todd for meals instead. Not watching TV while I ate made me slow down a bit and gave me another chance to interact with him instead. Since we especially love to catch up on shows at nighttime, we decided to have a few game nights instead and had a lot of fun playing card games and eating snacks with each other (or some invited friends). Even if you live alone, you can use the extra time to make the coffee date with a pal you’ve been putting off or schedule a longer-than-usual FaceTime call with your mom. Connect a bit more! 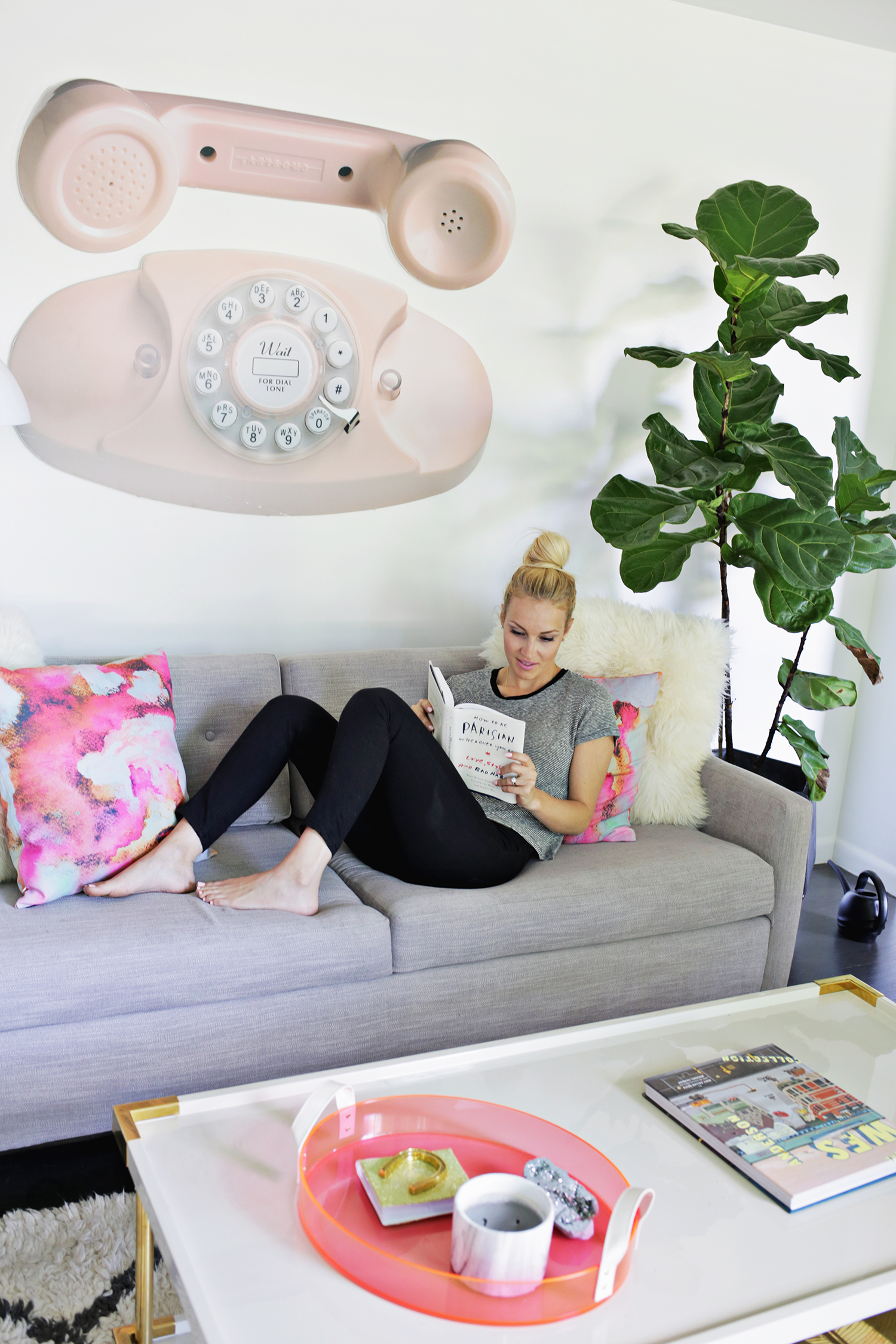 You’ll rekindle your forgotten hobbies (and may learn something new): Cutting back on TV is a great way to finally get back into whatever hobby you’ve been pushing aside because you just didn’t feel you had the time or energy to spend on it. I spent more time doing things I really wanted to do and exercised more too! Hey, when you take away TV and you’re really bored, suddenly exercising sounds more fun than usual! Organize a dodgeball game or get back into sewing – this is the time to get back into it!

You’ll find out what amount and kind of TV is really worth it: Like I said, I realized that some TV is helpful for me to unwind a bit from the day, but you’ll notice that you miss certain things a lot more than others and it may not all be necessary. If you have more than one TV platform (like cable and Netflix or Netflix and Hulu), you may realize that you were only missing one of those platforms and the other may not be necessary. I realized that I don’t really enjoy a lot of the “intense and constant screaming” reality TV shows as much as I thought I did. Not having those whiny voices floating through the house felt more peaceful, and I didn’t miss them. TV can also feature shows that have some amazing writers and actors, so it’s certainly not all bad and you’ll know which shows are really the most appealing to you and which have been merely filling up your time. 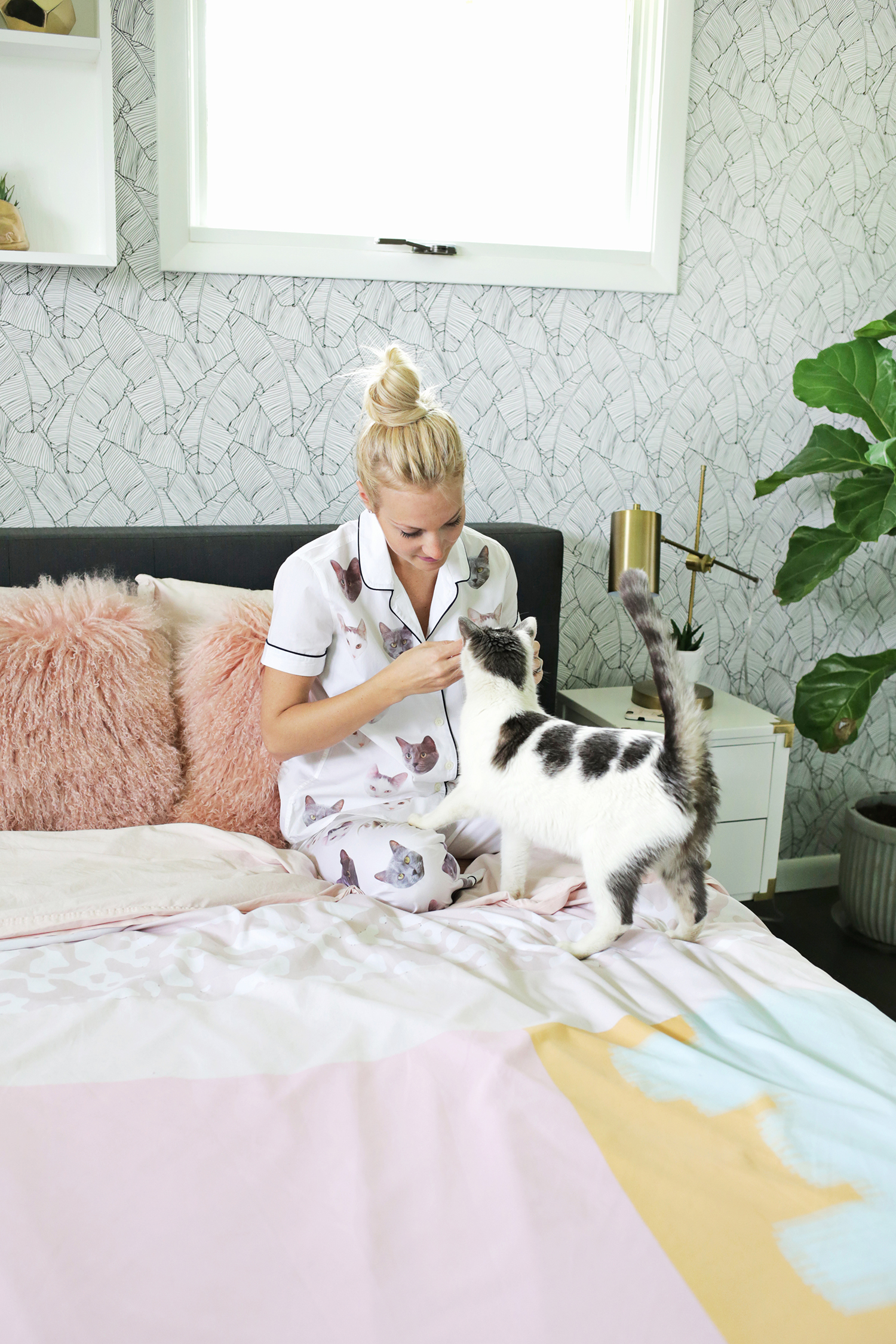 You may even get more sleep: This was a perk that I didn’t really expect! My musician husband usually goes to bed between 2-3am when he’s home (he’s always been like that, but it’s even worse when they are touring a lot). The first night of “no TV” he went to bed at 11pm! It was partially because he was going through TV withdrawal and felt so bored, but I think it was also because a lot of studies say you shouldn’t stare at screens a few hours before going to bed because it messes with your sleep quality. Most nights we went to bed earlier than usual because we felt tired earlier in the night. There’s been so many nights where I probably am tired and should go to bed, but you keep doing that “just one more episode” thing, and so you don’t get as much sleep as you should. Try laying in bed with a book or listening to music and see which other things help prepare your brain for sleep.

When the dreaded week of “no TV” was over, I didn’t even turn it back on until late at night the first day it was allowed again. I was enjoying the quiet (something I had been a bit afraid of before) and didn’t want to mess up the peaceful zone I had created. Of course at some point I remembered that I had missed a few episodes of The Mindy Project and proceeded to turn it back on, but it felt more like I was in control of what and how much I wanted to watch instead of the other way around. Have you ever taken a break from TV? Did you feel like it was helpful for you in some way? xo. Laura