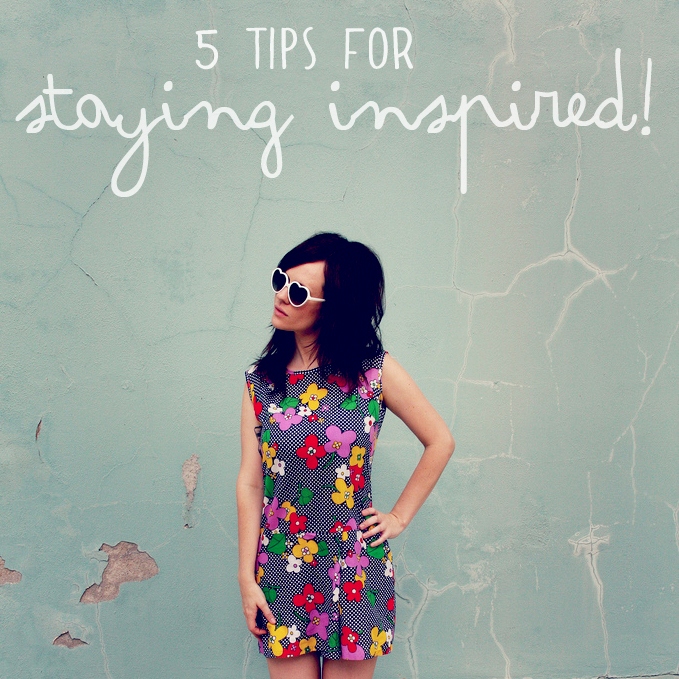 "How do you stay inspired?" is one of the questions I get asked most. The truth is that I live for my next project. There isn't a time in my life when I'm not completely obsessed about something. My mom says I've been that way since childhood (any other obsessors out there?). That said, I've put together a list of my 5 favorite ways to get a fresh burst of inspiration when I'm feeling a little lull. Enjoy…

1. Carry A Journal. No matter where I am or what I am doing I will have a little journal with me. It's in my purse, it's beside my bed… It's everywhere. Just carrying the journal is my constant reminder to write down ideas. Now, I don't use all the ideas I write down. For me, the act of jotting down ideas helps keep me in a creative mindset. The more ideas I write down, the more I have… and the better they become!

2. Find A New Muse. Oh my… the concept of a muse is so silly to me, but it really works! My current muse(s) can be anything from a band I'm loving to a movie that stuck with me or a vintage trend I want to re-create. A muse can be absolutely anything, but it's fun to find one with enough history to keep you studying for a while. The more you learn about your muse, the more inspiration you'll receive.

3. Develop A Creative Playlist. Several years ago I started painting on a daily basis. I had a favorite album at the time that I would play when I was working. Pretty soon I could only listen to that band when working… if it came on while I was driving it felt weird. I learned the value in having some comfort music to get me into work mode. This is especially valuable for people who work from home. Sometimes you need something to mentally put you into a creative state of mind and a playlist can most definiately do that for you! I like to have a different playlist (or favorite album) for every major creative season or project that I work on. These songs will bring back wonderful memories later on… trust me. 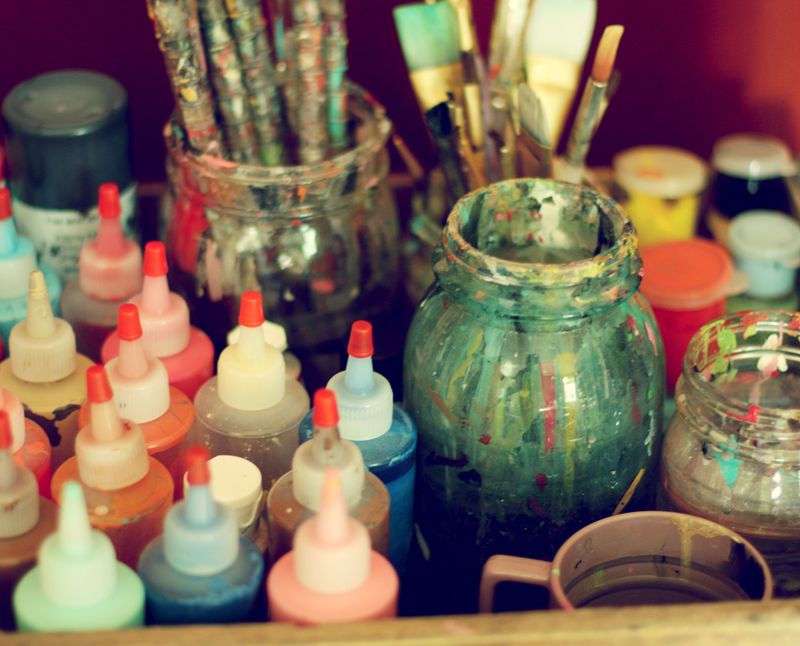 4. Refresh Your Workspace. This next one works wonders for me! One day I'm painting, the next day designing dresses and then working on a new art journal course the next… All of these different projects can make a studio VERY messy and that can cause stress.

My favorite thing to do when I need a pick me up is to rearrange just one little part of my studio. You don't have to clean or reorganize the entire space, but clear a table and arrange your supplies so that you have a fresh spot to work. If you need some extra happiness in your space grab a pretty bouquet of flowers from the grocery store or take a few hours to create a new inspiration wall. Refreshing your workspace can work wonders!

5. Prove Yourself Wrong! We've all been guilty of saying things like "I would love to, but I don't have time" or "I could never do that". These attitudes are so common, but they probably aren't even true. I know it sounds a little cliché, but if you believe you can do something… you can! It's a magical feeling to set a goal that feels a little bit impossible and then achieve it. I've marked quite a few things off my list that I used to believe I couldn't do. Proving yourself wrong is a great way to stay inspired because you'll be more motivated than ever when you meet your goal.

I hope these 5 Tips resonate with you. I love being inspired and want you to share the joy! Hope you have a wonderful weekend! elsie