At Home With Suna Lock 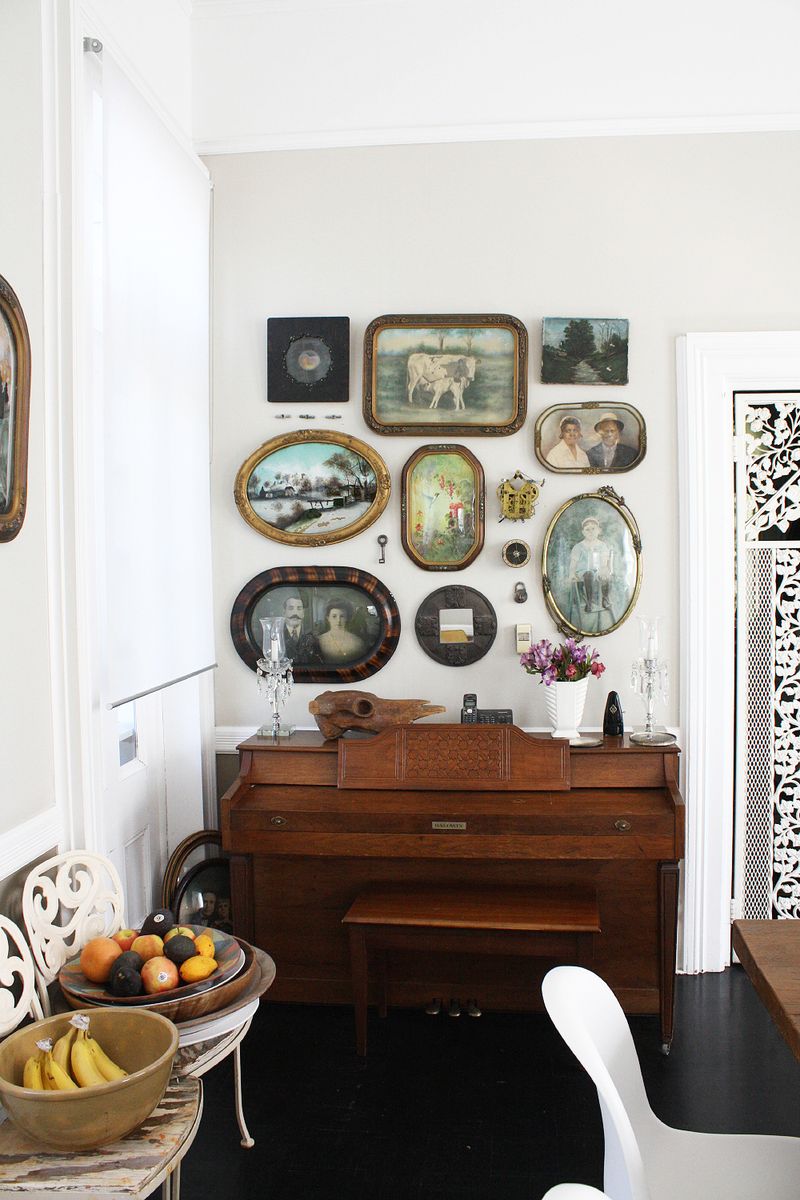 Today we are welcoming Suna Lock to the blog as she shares her beautiful Santa Cruz home with us! 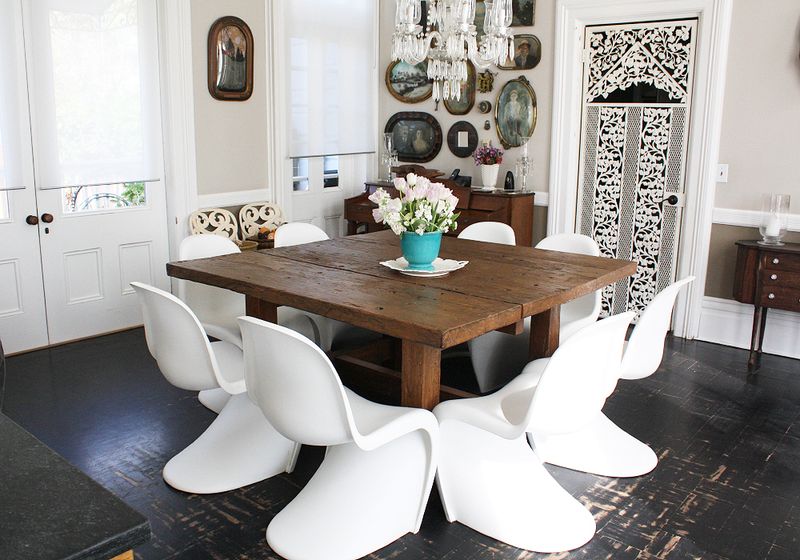 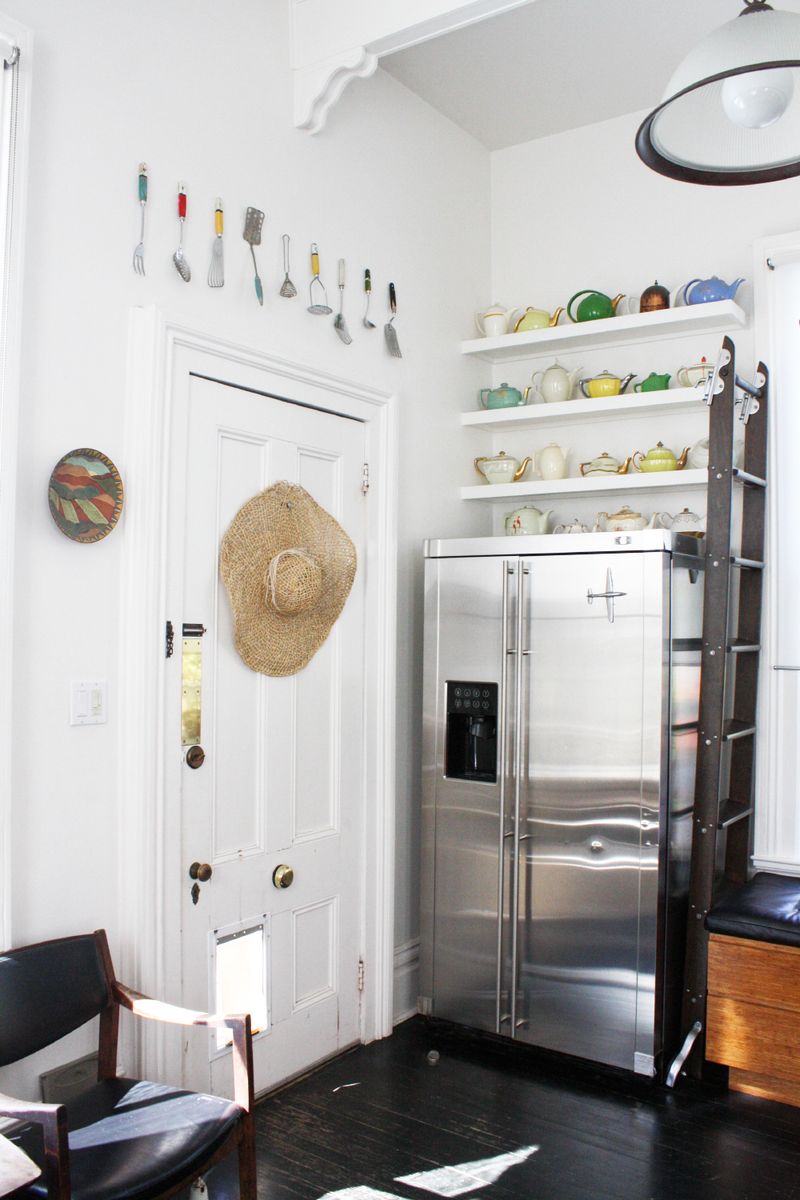 "The house is on the downtown Painted Ladies. I have admired Walnut Avenue since I first started visiting Santa Cruz in the 80's. I never thought I would end up living in a house on this street. We bought her in 2005, the year my daughter, Erica, was born. The minute I walked around the house I knew that I had to sell everything I owned to make it work. Despite the rather ostentatious exterior, the inside of the home is a series of well-proportioned rooms with 12-foot ceilings and enormous double hung windows. Lots of the original features remain intact–the fireplace and chimney for example, which had remarkably withstood two massive earthquakes. 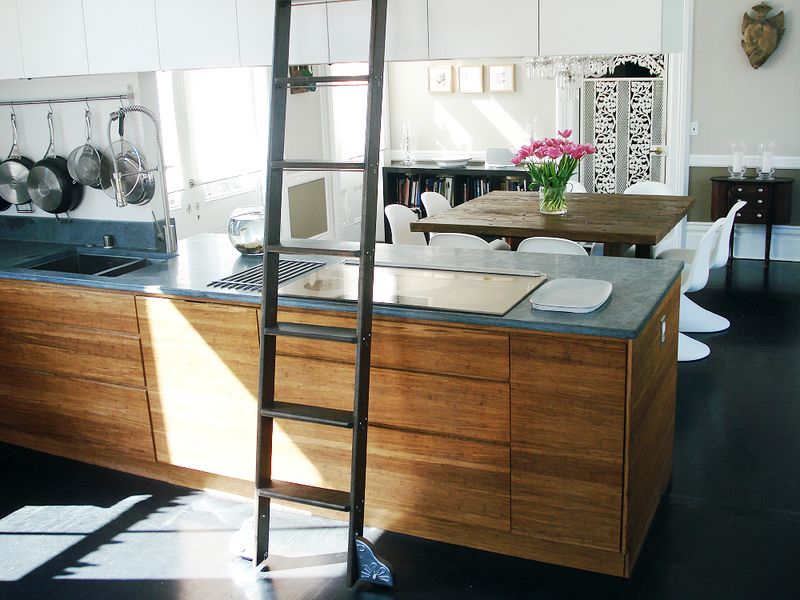 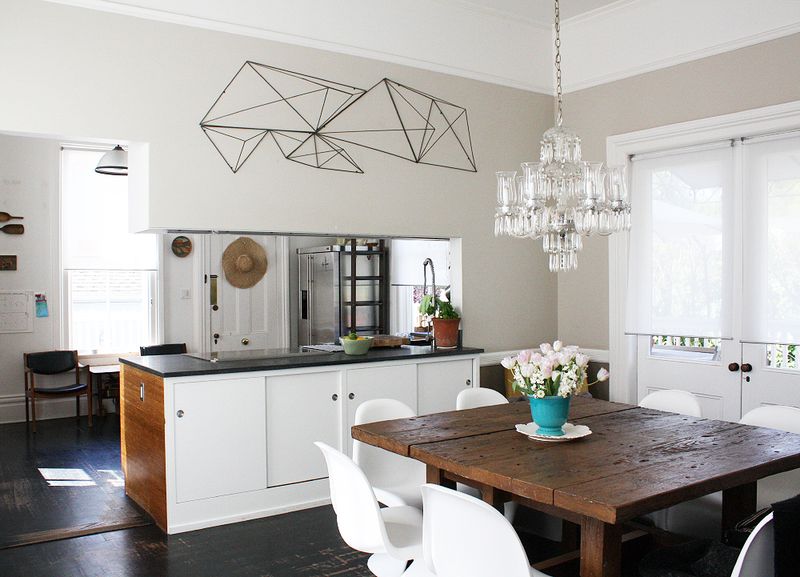 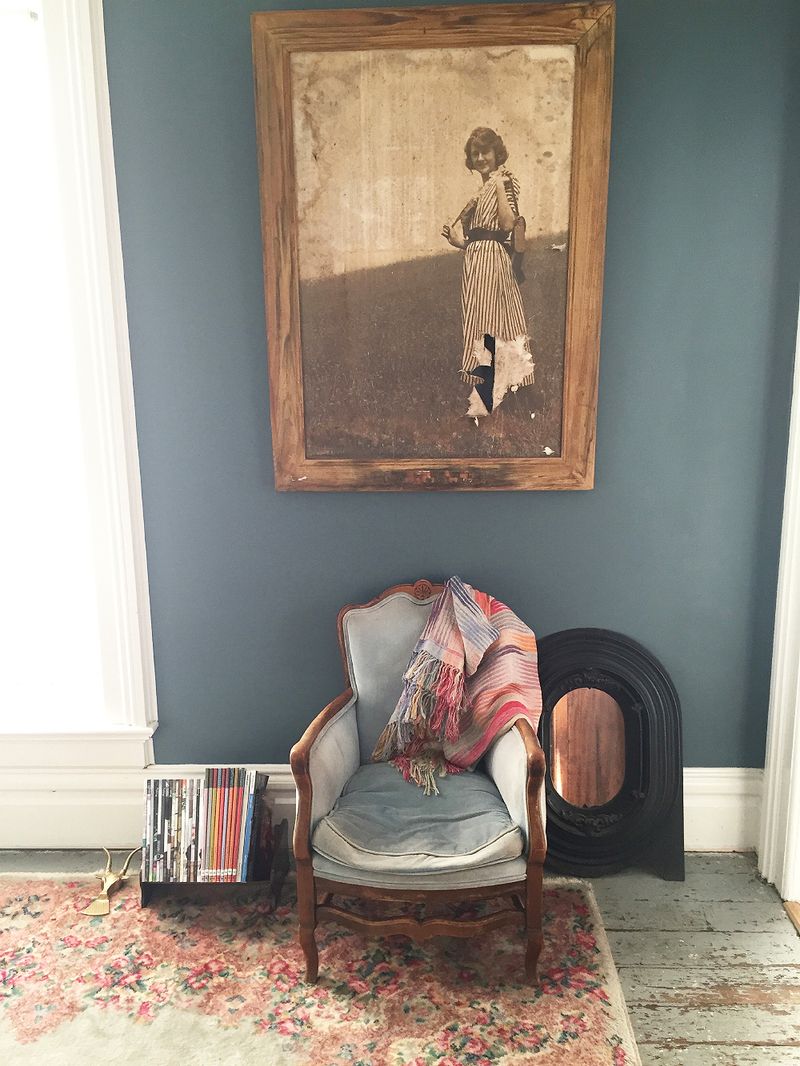 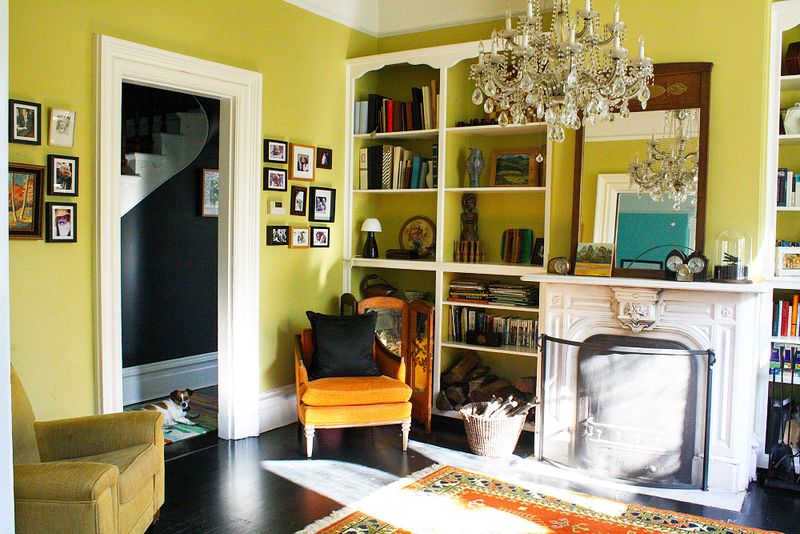 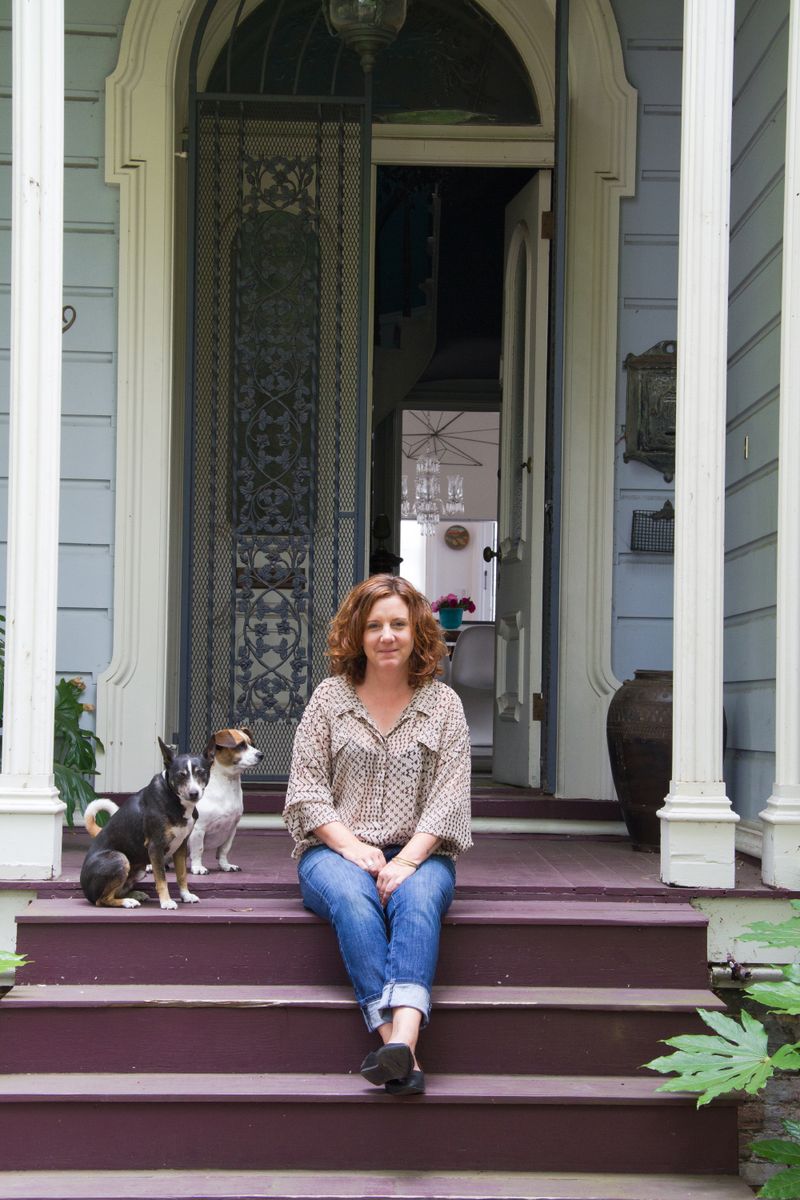 "I have a little broken clock on the mantel piece which was a retirement gift from the Bradford Dyers Association in the UK. I found it whilst visiting my father, in the old city of Jerusalem in Israel in an Aladdin’s cave of junk. It appealed to me because I was studying textile design at university at the time, and I was fascinated by the journey this little thing must have taken! The vendor wanted the equivalent of $20, which was a lot back then. So after some deliberation, I left it. Months later a parcel arrived from Dad for Christmas and there it was. He had gone all the way back and found the little clock, bought it and mailed it to me. It is my favorite thing in the world without a pulse. 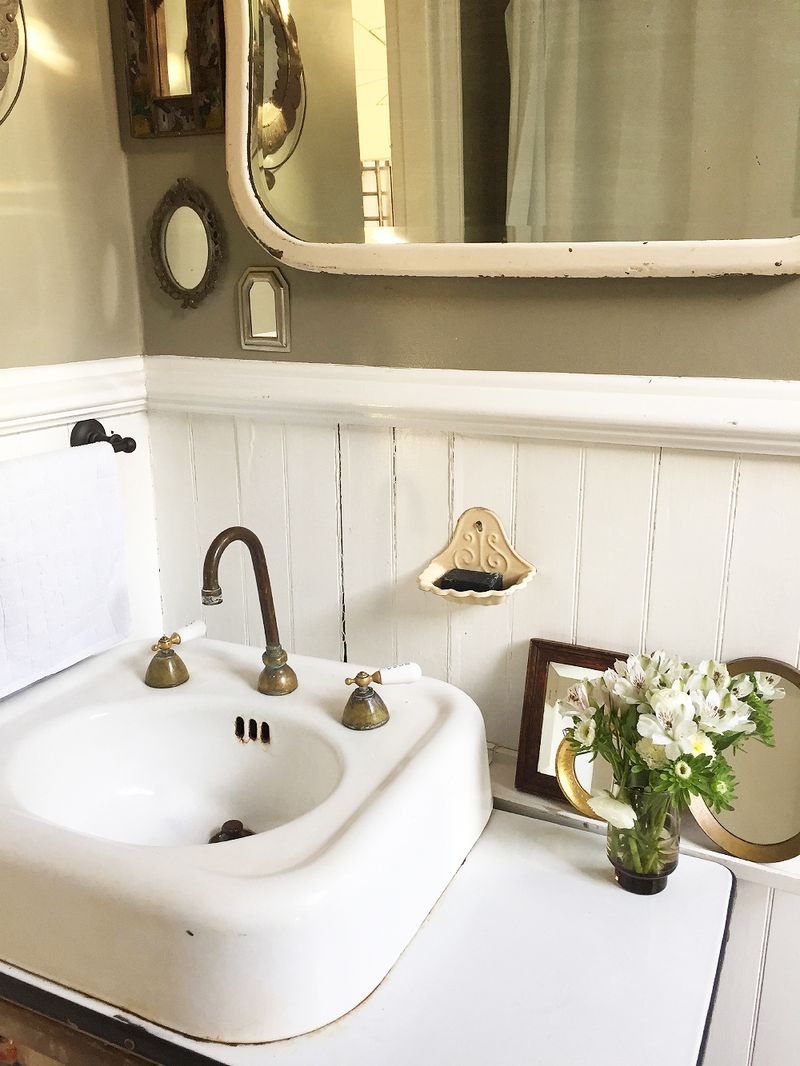 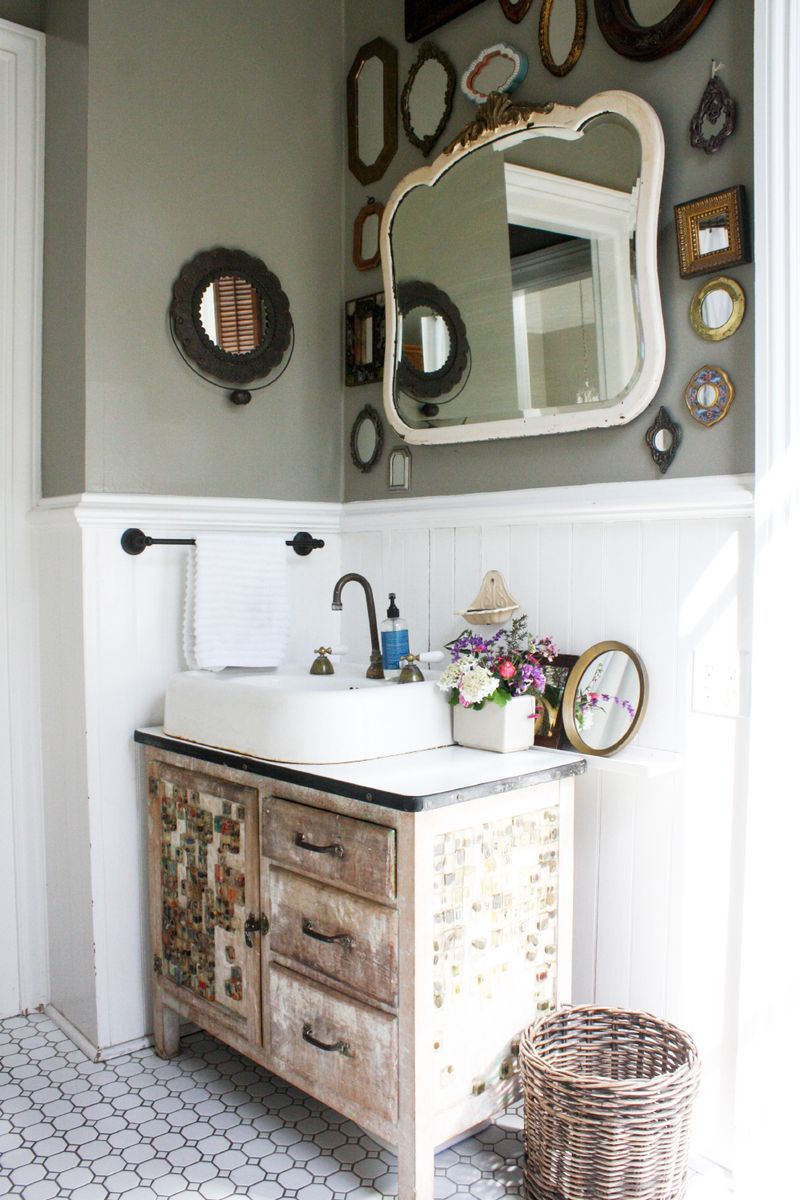 "The house has evolved massively over time. Given what I do for a living, it is impossible to sit still. So it really is an ever-changing landscape. There were some large things like remodeling the kitchen and opening the kitchen and dining rooms up to one another which were slated and saved for. We also stained the floors black from the yellow oak color they were originally which added drama and elegance. My bathroom was a DIY rip out on a tiny budget. The sink and medicine cupboard were salvaged from the city dump. The glass tile was on Craigslist and the floor tile was from a local reclamation yard. I did all the labor myself on weekends and evenings. It's not everybody's cup of tea, but I love it. It reminds me that I am capable, independent and resourceful. 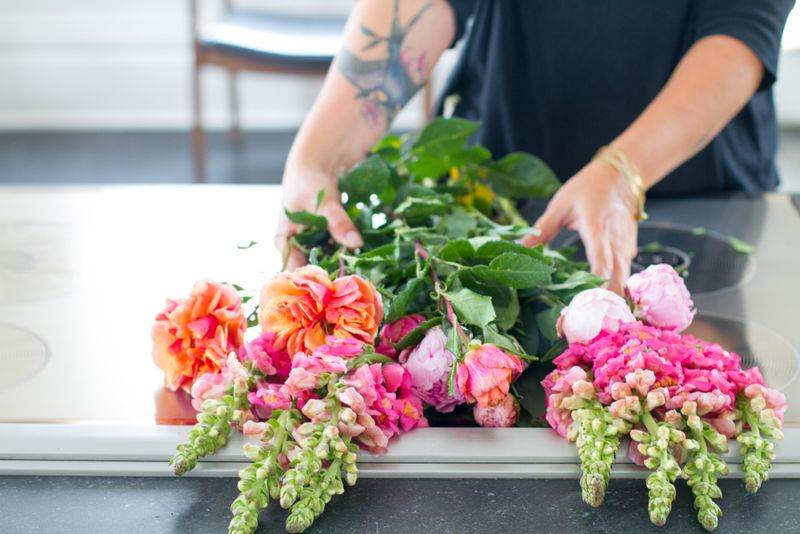 "The house stands on a corner lot, so it has gardens all around it. There are stairs up to a front door which lies beyond a wooden deck. To summarize: I fell in love."

Thanks so much for sharing, Suna! You can find more of Suna here and on Instagram. xo.

We would love to feature your home on ABM! Send 5-10 amazing photos to submit AT abeautifulmess DOT com

i am in love with those black stained floors! can you tell me what type of stain you used? would love to do this in my home!

I am in love with that gallery wall. I like how you mixed rustic with contemporary seamlessly!

Oh gosh, this has to be my favorite house you’ve featured yet!

I love how she mixes modern decor while still preserving the past. Those feature walls are AMAZING.

I love all the little collections — the kitchen tools on top of the door and all the mirrors in the bathroom. So sweet and beautiful!

This home looks like heaven! I love the bathroom and the dining room!
“… I did all the labor myself on weekends and evenings. It’s not everybody’s cup of tea, but I love it. It reminds me that I am capable, independent and resourceful…” Oh my God! Such an inspiring woman!

I think this is the most gorgeous house you’ve featured. She has such a great eye, and has created a fantastic mix of vintage and contemporary. Cute dogs, too. Brava, Suna!

This is one of my favorite spaces you’ve featured. I love the mix of old and new and the different textures. I think the bathroom is perfection. Such an eclectic, interesting space! Well done Suna!

The “At home with…” series is probably my favourite part of this blog – and this one has to be the most gorgeous home featured yet! Everything is beautiful, I esecially love the kitchen!

Suna’s home contains a beautiful mixture of shapes and vintage fixtures. I especially love the wall color in the living room/library space.

I’m in love with all the victorian / antique touches. And I need that dining room table. Right meow.

This is the first time I’ve seen something so truly inspiring!

It’s really nice to see one of these tours that isn’t crazy bright colors everywhere! What a beautiful home.

Gorgeous and so warm + airy. I’m about to pin the hell out of this place!

Just curious about the placement of the fridge. I have the same configuration in my house. Right next to the wall and door. Does your freezer door open all the way? And is your fridge smaller than 36inches? Thanks.

I love the rustic old charm of this home, it’s so beautiful.

That butt print in the chair is just the best thing ever. That home is lived in and LOVED! <3 <3

This is DARLING! And I love the line “My favorite thing without a pulse”. ha!

thats a lovely home for sure <3 and those pictures seem like there has been put a lot of efford into every tiny spot in it. hoping my home will be as impressive one day, too!

That kitchen is just killing me so awesome!