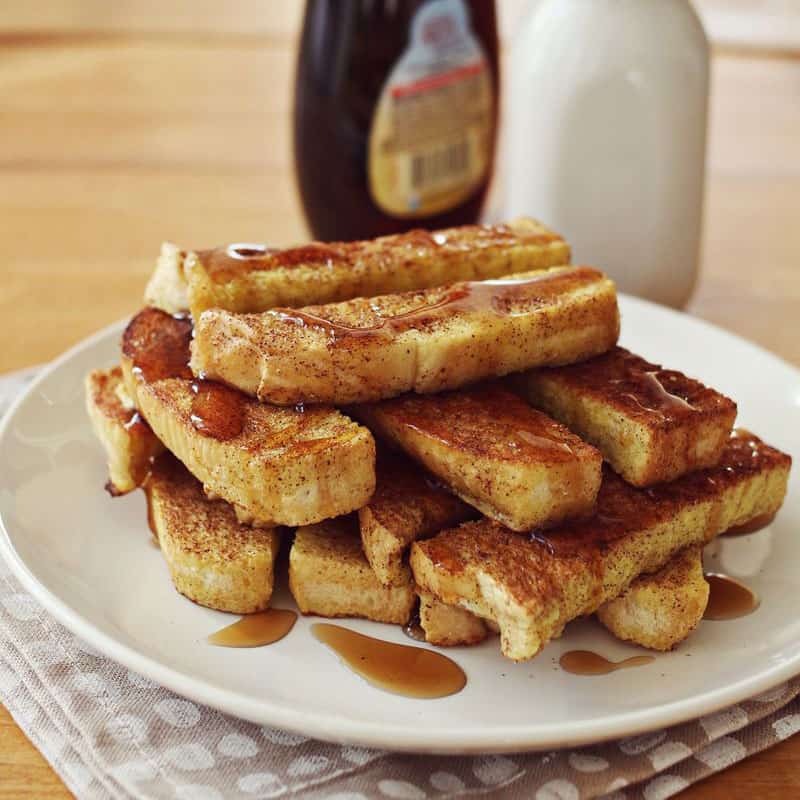 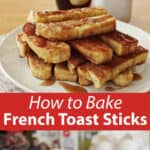 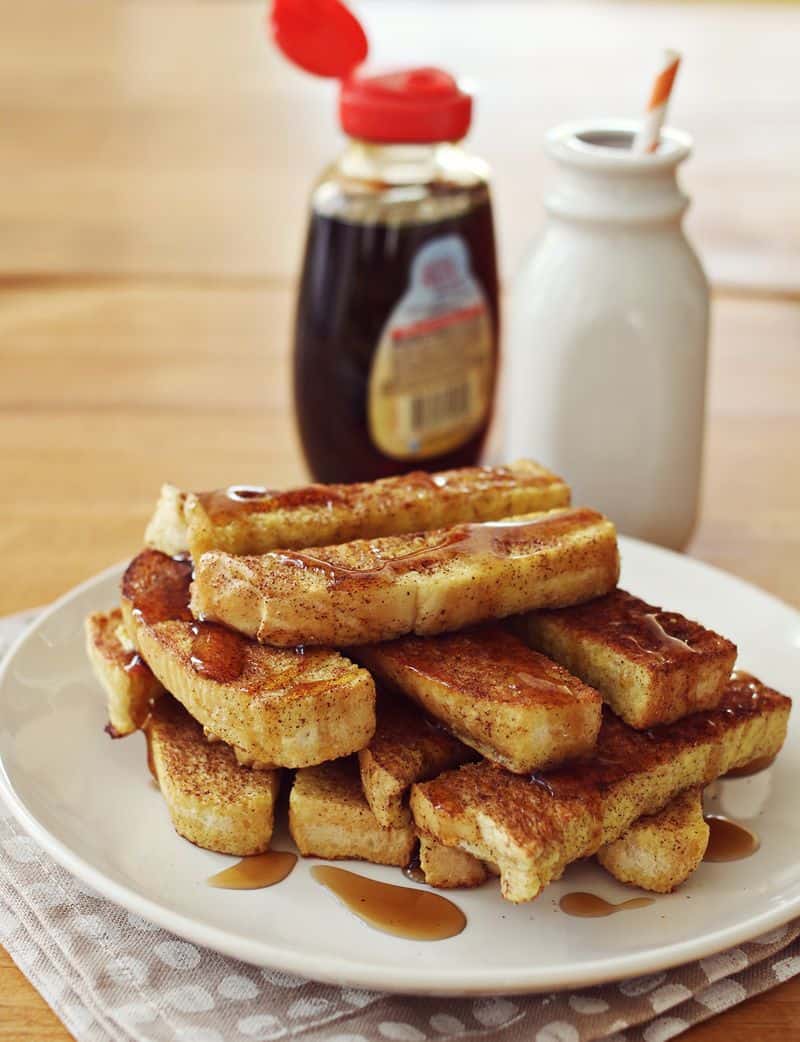 Also, we recently updated this post with a quick video tutorial to help illustrate how to make Baked French Toast Sticks, which you can see at the top of this post. 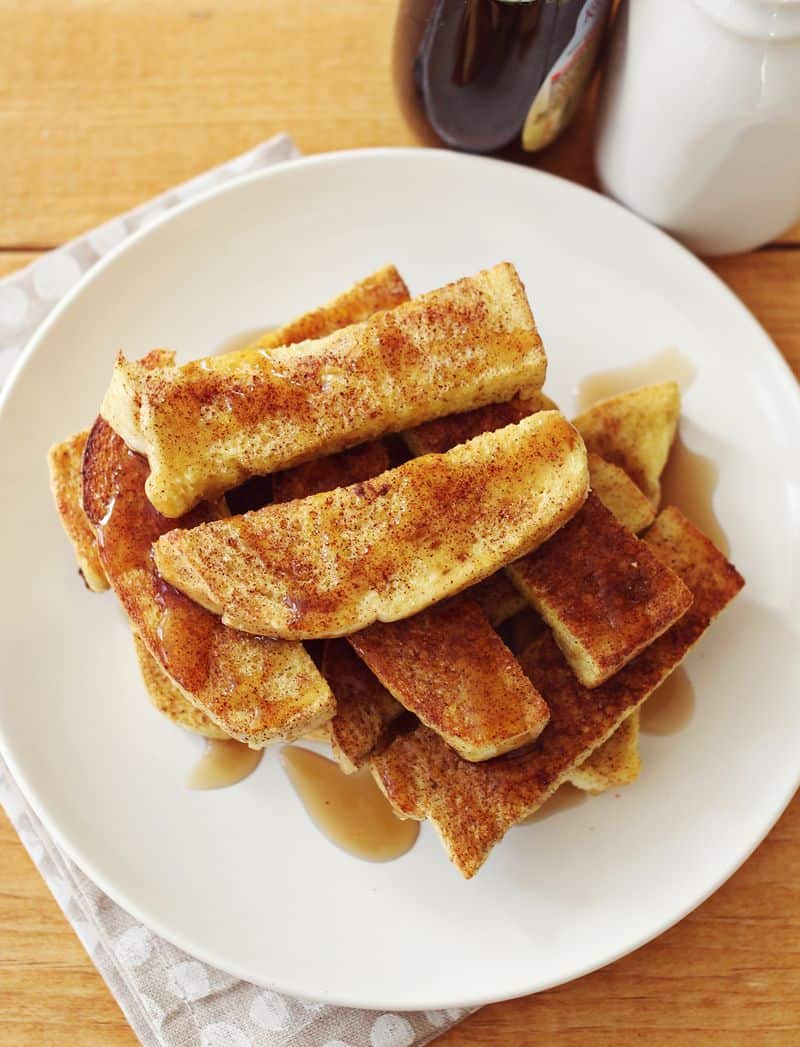 My first two attempts just didn’t turn out quite right. The first version was too soft. Baking French toast (as opposed to cooking it in a pan) takes out the crispy edges. Or it can anyway. So that happened. My second version was more like soggy bread with burnt sugar on top. That one was pretty gross. That’s what happens when you don’t pay attention while using your broiler. Good news though: Attempt #3 was just right. 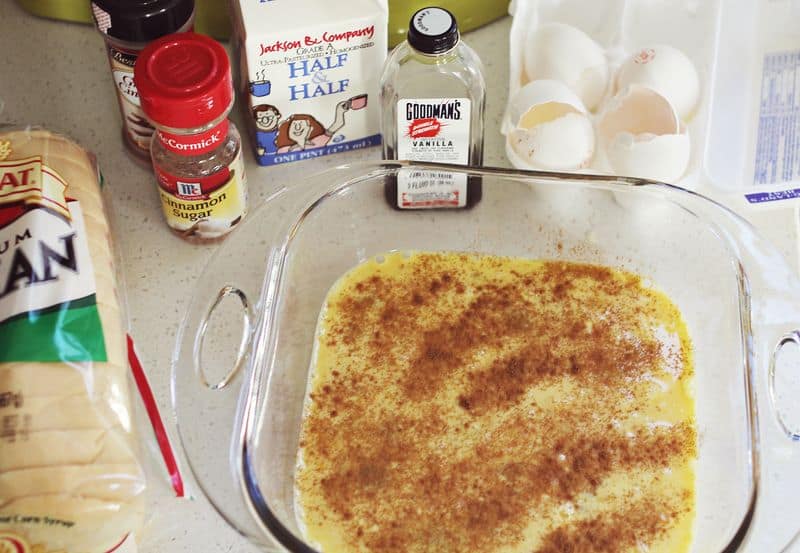 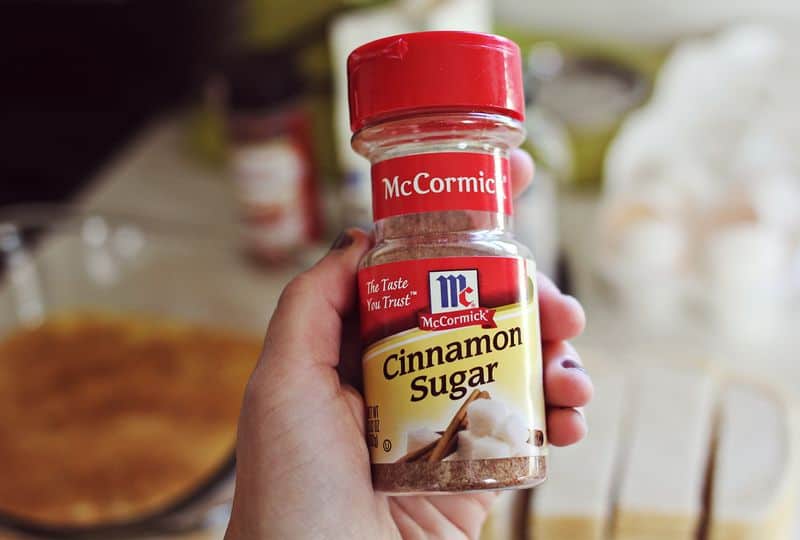 And the secret to really good French toast sticks is cinnamon sugar topping. You don’t have to use this mix like I did. Just mix together 1/4 cup sugar and 2 teaspoons cinnamon. 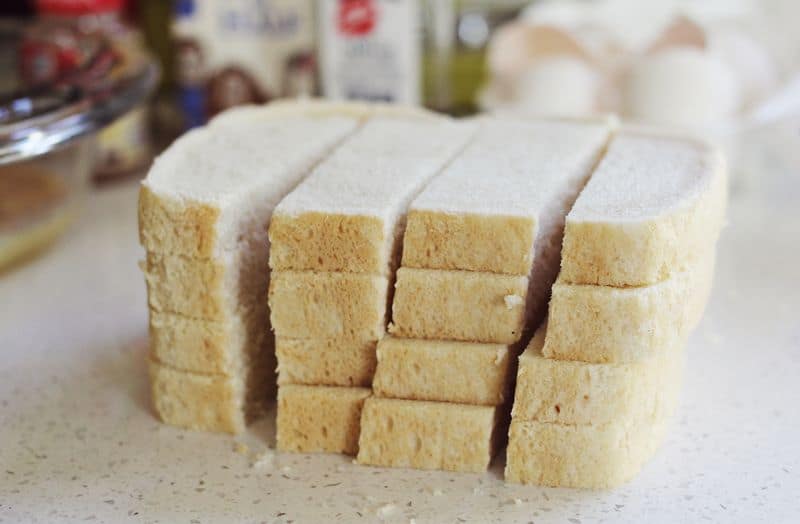 Mix together the eggs, cream, vanilla and cinnamon in a shallow dish. Slice the bread into sticks. Coat each pieces in the egg mixture and place on a prepared baking sheet. I lined my baking sheet with a Silpat

mat. You could also grease the baking sheet with a little oil or butter. Don’t use parchment paper, because we will be putting these under the broiler and parchment paper + broilers = bad news man. Don’t do it. Unless instead of making French toast sticks, you wanted to start a fire.

Not like that’s ever happened to me. I’m an expert baker and all. Uh….

Now sprinkle a little cinnamon sugar over each stick. Bake under the broiler for 2-3 minutes. KEEP AN EYE ON IT. Not all broilers were created equal, so watch yours and adjust the bake time. What we are aiming for is for the eggs to cook but also for the sugar to caramelize on top. Think creme brulee.

Got your attention with that one, didn’t I? 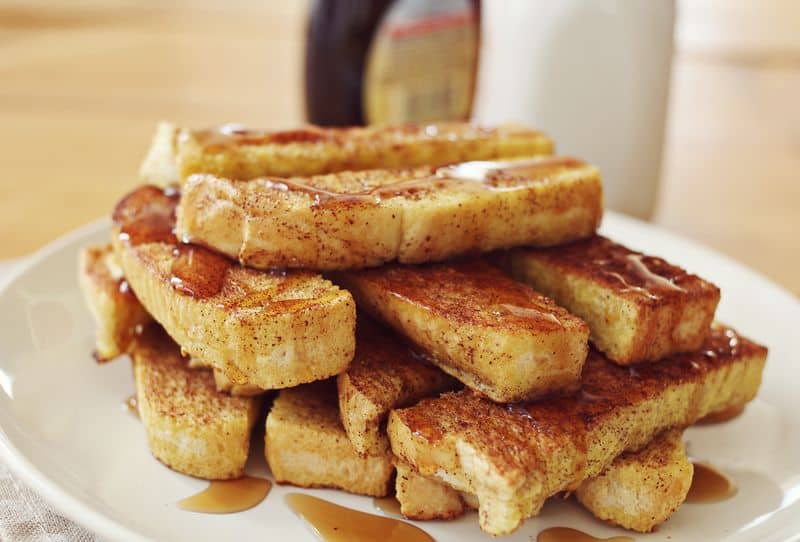 After 2-3 minutes remove the sticks from the oven, flip and sprinkle on a little more cinnamon sugar. Bake for an additional 2-3 minutes. Now you’re ready to serve. These are totally dippable. Oh yeah. That’s a word. 🙂 xo. Emma

Love this recipe? Check out this Eggnog French Toast Recipe! 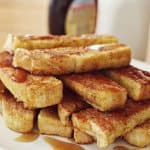