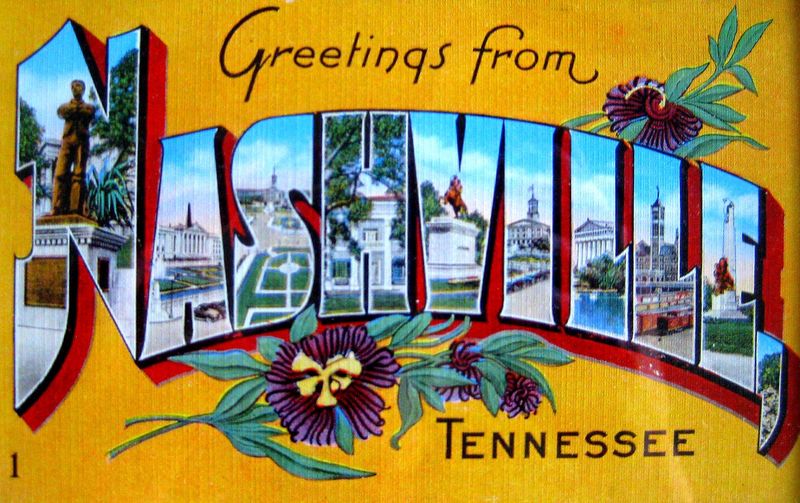 Hi, friends! Today I have some big news to share with you! This summer Jeremy and I are moving…..to Nashville. And….Laura and her husband, Todd, are moving too! We're shaking things up, big time, and I wanted to take some time to tell you all about why we made this choice, what our plans are, and (probably most importantly) what this means for A Beautiful Mess!

Over the past few months as we've told friends and family about our plans to move, we've noticed that they all have the same questions! So I'm going to answer them for you here, and you can pretend we're having coffee or texting…you know buddy/buddy stuff. :)

Q: When did this happen? I thought you were going to stay in Missouri forever?

A: It's true that I have lived in Springfield, Missouri my whole life, and I thought I would be based here forever. Jeremy and I are both super close to our families and never had any intentions of relocating….until we suddenly did. #neversaynever

Back in January, Jeremy and I were driving to get coffee one morning. We were talking about his career and some of the obstacles and goals. And I said, "We need to move to Nashville," and he didn't say no, which was a first. We were both suddenly open to it. It was weird how something could change so quickly inside us. And the feeling never went away.

So a day or two later I emailed Emma and Trey, "This is serious, would you move to Nashville if we did?" They said, "Ummm…maybe." A few days later (it was during the Super Bowl actually, maybe Katy Perry inspired us?), we texted Todd (Laura's husband and Jeremy's bff) "This is not a joke…will you move to Nashville with us?" They also said, "Maybe…OK, probably." A week later I was there for business, and I secretly went neighborhood shopping and started researching.

A month or so later, we told both sets of our parents over dinner. It was one of the hardest things I've ever done. Honestly I was shaking. But they were both super supportive. Amazingly supportive.

A week later we drove there and shopped for houses…and found one on the very first day (we're under contract now). So much to absorb, right?? I can't tell you how difficult it has been to keep this a secret!

What I said above probably makes it sound like the decision to move is 100% about Jeremy's career. And it is more about his career than mine, but not totally. I am also really excited to move and try something new in our life together. I've heard that moving away from family is hard, but it can also be really healthy for a married couple's relationship. And I LOVE Nashville. I've been about ten times in the last two years, and it's definitely a place we can see ourselves thriving.

Todd is also a musician, so it is a great opportunity for him and Laura too. And having Laura there with me will be so nice—we're house shopping in the same neighborhoods so we can help each other with photos and blog projects!

Q: So, if Emma's not moving, how will your business be affected?

A: Emma is not moving this year, but it's still an open conversation and possibility for the future. The main reason she doesn't want to move right now is that she is opening a bar in Springfield later this year with Trey and some friends (I'll let her tell you all about that another day).

We've talked at length about how often we will see each other (still a LOT) and how we will run our business long distance. Honestly, once you get over the initial "isn't that a bad thing?" thoughts, it's really not that bad at all. There are TONS of successful businesses that are run by partners in different cities. We feel very confident that, if anything, this transition will make ABM stronger than ever!

Obviously, I am going to miss working with Emma every day. And I am sure we will have some rough days, but since we travel so much for business, I'm not worried about how we'll sustain both our friendship and our work.

The truth is that this past year wasn't our best. Working in the office and managing a bigger staff was very difficult and hurt our creative side at times. As we entered 2015 (before I knew I was moving), we were both planning to start working from home more in hopes of nurturing some of that creativity that was lost in the office-type atmosphere. We spent many days feeling like we spent all day helping other people do the (creative) jobs we wanted to be doing. It was a huge learning curve, and we learned that we don't actually want to own a giant Martha-Stewart-esque company. We want to stay relatively small, at least that's how we're feeling right now.

So, the honest answer is—we are both a little sad, but very excited to see what the future holds. We really wanted to shake up our process for writing blog content and this provides a great opportunity! I feel like being apart will make us more intentional when we're together. We are not afraid.

Q: You already found a house? Can we see it?

A: I am planning to film a "before" video tour for you after our closing date in May. Stay tuned. I am SO EXCITED! We found a really unique house that will be a great home, workspace for me, and studio for Jeremy! (insert all the emojis here)

I figured you would want to also hear from Emma and Laura, right? Here are their thoughts…

Emma—When Elsie asked if Trey and I wanted to move to Nashville, my initial thought was, "Why?" That's not to say I don't love Nashville, I certainly do! It's such a fun city. But if you read my story on changing dreams, then you already know that for about three years after college I lived in Los Angeles. Moving back to Springfield, MO felt so defeating at first, but now I've come to think of it as the beginning of my current stage in life. My career started in Springfield. I got married to my best friend in Springfield. I bought my first house here. The list goes on. I sort of view my hometown as the launching pad for everything good that I've been blessed with during the last few years. It's hard to think about moving away from that (and don't even get me started on moving away from my parents and in-laws—what a bummer!). So, it just didn't really feel like the right move for me, for right now. But it's certainly not something that I would say, "Oh no, we'll NEVER move to Nashville." I mean, who knows the future? I don't!

But I could see the excitement in my sister's eyes the moment she told me. And I am also very proud of her for wanting to support her husband and his career. Jeremy is an exceptionally talented musician and he deserves every opportunity, so I completely see why Elsie wants to support him in this. To sum it up, it made no sense for me to move right now, but it made all the sense in the world for Elsie to. Given that we're a mostly Internet-based company, I see no problem with us working in different cities. We often work from the road already. But I won't lie, I was somewhat depressed for the first month after I heard the news. I love my sister, and I never really pictured us living in different cities. So I will miss the everyday things. But ultimately I will see her plenty when they come to visit (with both their parents here, I have a feeling that will be often), and we do travel together often for work. Bottom line—I am excited for this new chapter of our lives together even if we are a little farther apart geographically. 🙂

Laura—Can I just say up front that I may be more surprised than anyone else about us moving to Nashville this year? I mean, we actually almost moved there right before I started working here at ABM two years ago, but once I got this job, I didn't want to leave anymore because I loved it and didn't want to lose the opportunity. When I realized that we could both move and still do what I love doing, well, the whole landscape completely changed. Neither Todd nor I are from Springfield, so while we love the friends we have (and a few particular pizza and brunch spots), we never really thought we'd be here forever. Being from Pittsburgh, PA I really miss a lot of the cool events and spots that bigger cities have to offer, and I hated being a two day drive from all my family. Todd is a traveling musician (and an amazingly talented one at that) with a band called Mutemath, and we always planned on someday moving to a place like Nashville or Austin so Todd could get deeper into the music world and create opportunities that are really difficult to make happen from such a small town. We just had no idea that it could happen this year, so we were pretty shocked at first. (Not to mention that I just got my house the way I want it after 2 1/2 years of slow renovations—agh!!) It will be really hard to leave. We have over 12 years of memories from this place, but we are so excited for all the changes and new adventures to come!

Thank you, guys, for following along on this journey! We're so excited to share the changes that this year will bring. Feel free to ask us ANY questions you may have in the comments. Also we'll be hosting another live chat event on May 26th (check the Live Stream page for more details) so you can also come chat with us more then if you have questions. xx- Elsie