Some days are just Mai Tai days. That's a fact. Mai Tais are my sushi drink, but recently I thought it would be fun to try to create my own recipe at home without a store-bought mix, of course. What's funny is that there are approximately 1 million different ways to make a Mai Tai. I guess that's probably true with most recipes. I had a lot of fun playing around with this recipe this past week until I found my ideal version. If you know another trick or secret ingredient, I'm all ears. 🙂 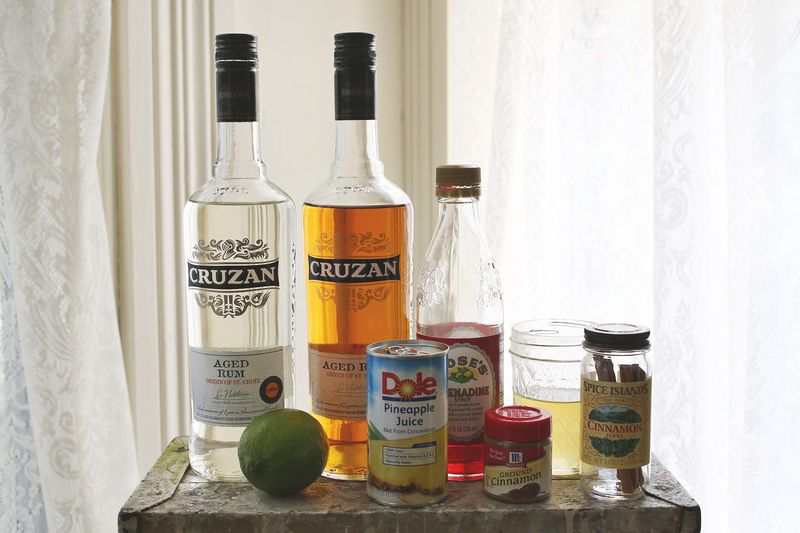 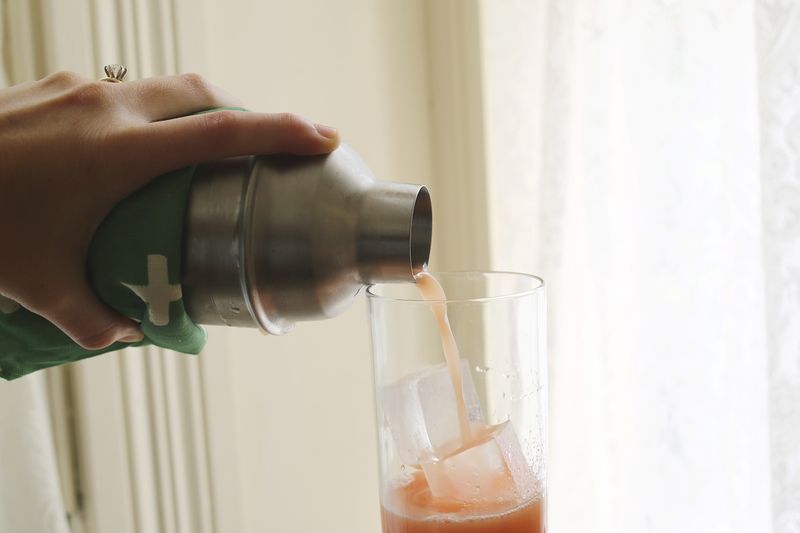 Cocktail recipe: In a shaker combine 1.5 ounces light rum, 1.5 ounces dark rum, 1/2 a tablespoon grenadine syrup, 1 cup pineapple juice, a splash of half and half (literally just a tiny splash—this is what gives it the pretty creamy color, and it will not affect the flavor at all), a splash of sour mix (recipe below), the juice of half a lime and a dash of cinnamon. Add ice and shake. Serve with a little ice and garnish with a lime slice and a dash of cinnamon on the top. Enjoy!

Sour Mix Recipe: To make homemade sour mix just combine equal parts lemon juice, water and sugar on the stove top and simmer until the sugar has completely dissolved. I think this sour mix is a million times tastier than the store bought kind, and it's a little more tart as well. You can use the rest to make homemade Whiskey Sours. 😉 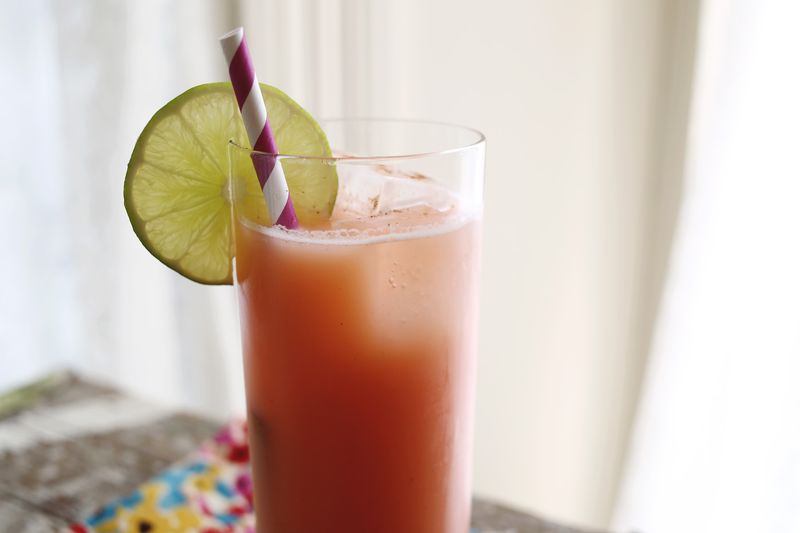 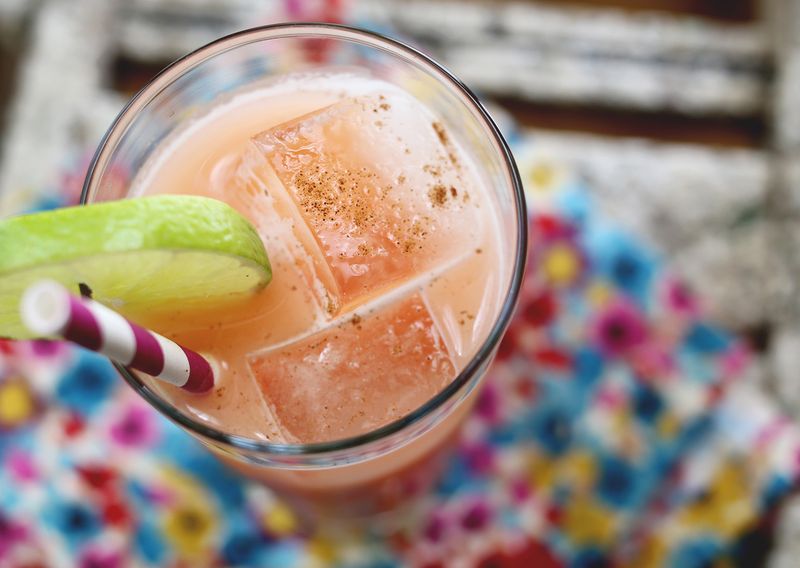 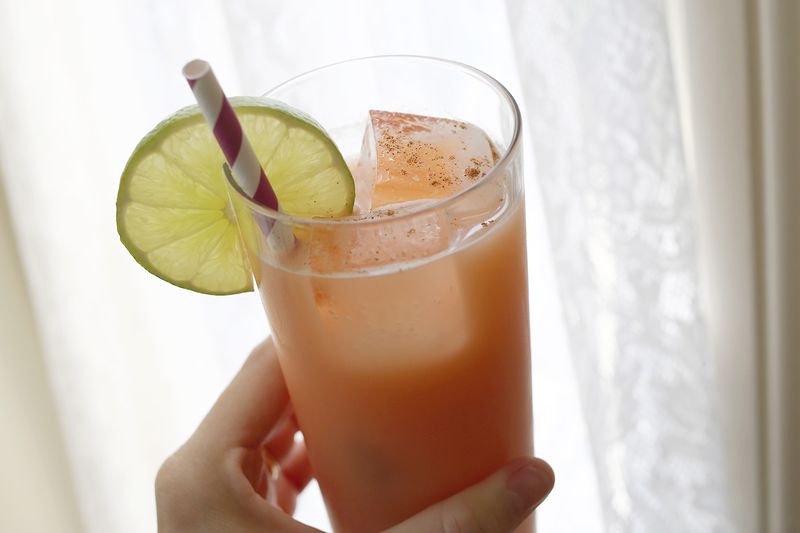 I hope you enjoy it! I think it's the perfect recipe for a bummer day, a little celebration and everything in between I suppose. Hope you had a killer weekend. xo. Elsie

This looks delicious! I would definitely check out adding the mason shaker to your bar collection. I just moved into my own place and it adds a flare of vintage! http://www.masonshaker.com/products/the-mason-shaker. I was just noticing the metal shaker is all 🙂

Mmm sounds like the perfect Autumn cocktail. Would have never put pineapple and cinnamon together!
Rosie x | Every Word Handwritten

this looks absolutely divine… thanks for sharing!
xx

What a great idea to add cinnamon in for an earthy taste. I am partial to Vietnamese cinnamon though, very spicy!
http://liveitinerantly.com

I can’t wait to try this!

I love that you described this as the perfect drink for a bummer day… that’s amazing.

SO cool! I was looking at some cocktail recipes this past weekend and was desperately trying to find a GOOD (not filled with artificial ingredients) Orgeat Syrup, which is Traditionally used in Mai Tais!
I wasn’t able to get my hands on it, but found several recipes about how to make it, and am planning on making it soon!
It’s almond based, and i can only imagine how delicious a fresh homemade version would be mixed into this cocktail!

Looks like a fun drink. I love how creative you get with cocktails!

In a Trendy Town

We love cocktails and cinnamon, we try to do this!

Great shots! I tried your recipe and the result was amazing! 🙂

Trader Vic’s makes great Mai Tais. But I also love your cinnamon version, which I will surely try some time!

This looks so yummy! And can I please just say that I can’t to hear that you’ve started converting your recipes to Mocktails because of a soon-to-be-can’t-wait for news of a wee baby Larson on the way one of these days :)))) <3 hee hee

I do love cinnamon so I imagine I´d like this 🙂