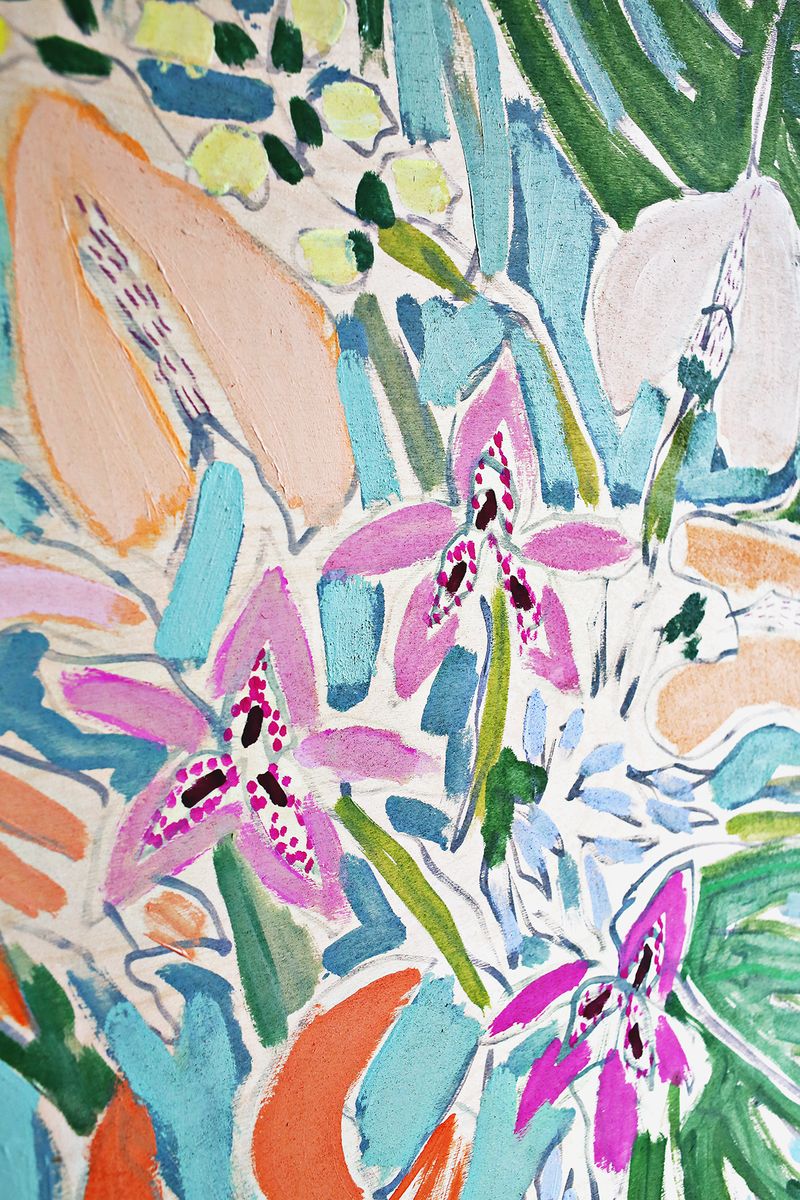 Hey, friends! We're excited to introduce a new series today. We're calling it "Designer Dates". The concept is that we will meet up with awesome artists and designers, have a cup of coffee, chat it up, and then visit their workspace all so we can share the experience with you!

Our first guest is the incredibly talented Lulie Wallace. I first heard of Lulie's work three or four years ago when she had some things in both Anthropologie and Urban Outfitters. I was instantly drawn to her colorful floral paintings and couldn't help but mentally picture one above my fireplace. I actually have her duvet set from Anthropologie on my bed. So, yes, I would consider myself a fan girl, and Emma and I were so thrilled to meet up with Lulie for coffee one afternoon while in Charleston.
We met up at a new coffee shop called Saint Alban, which turned out to be our favorite coffee shop in Charleston. It was the perfect spot to sit, sip some lattes, and chat with Lulie Wallace. 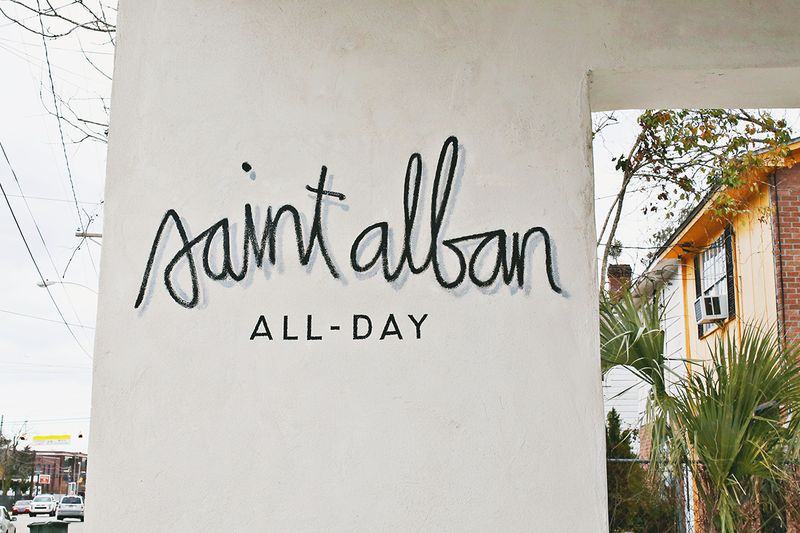 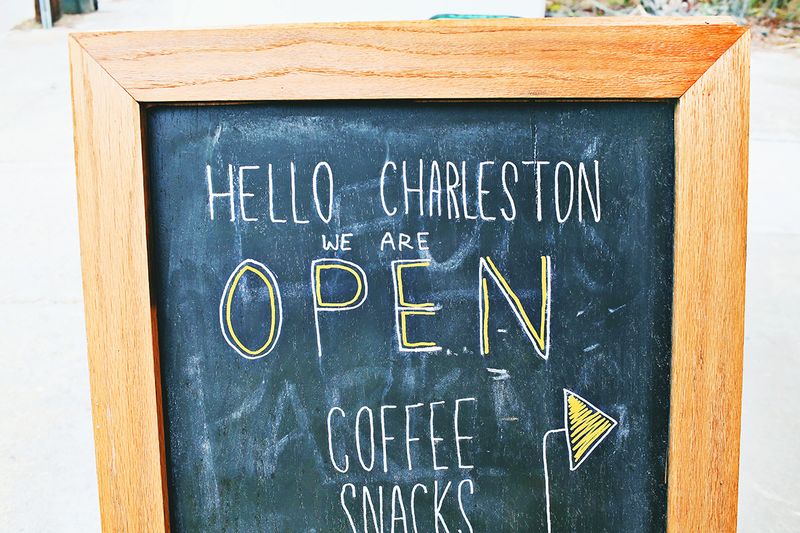 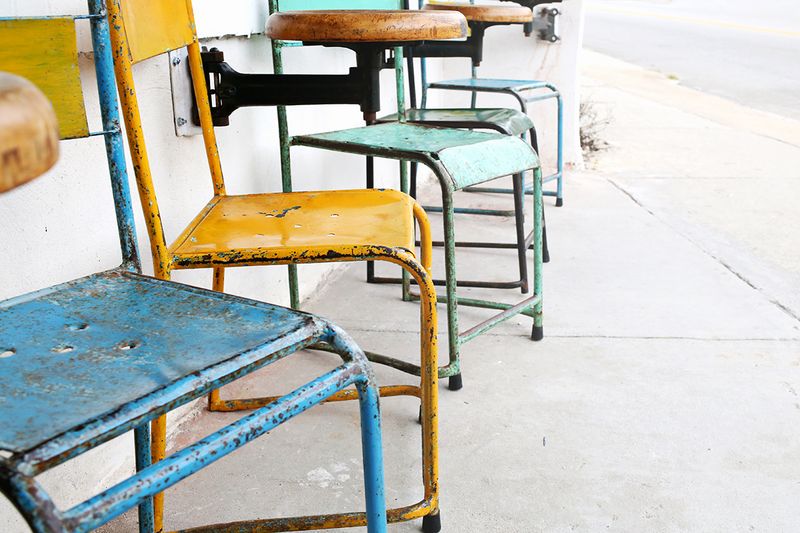 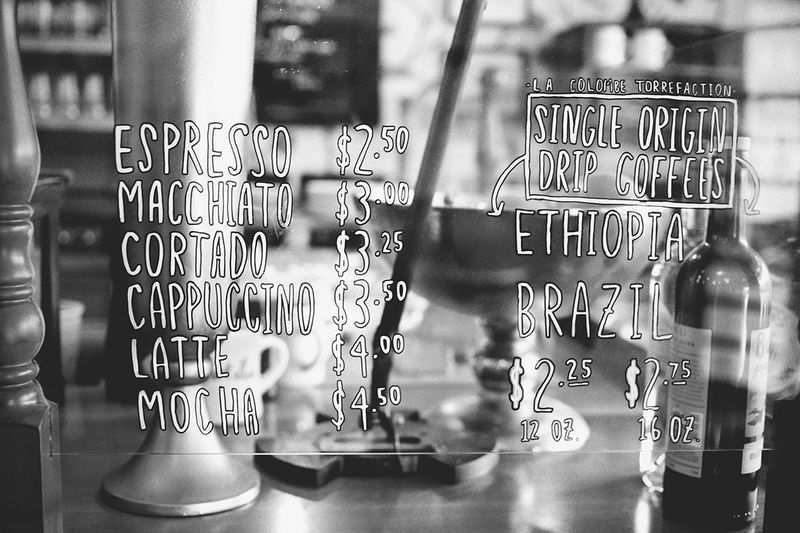 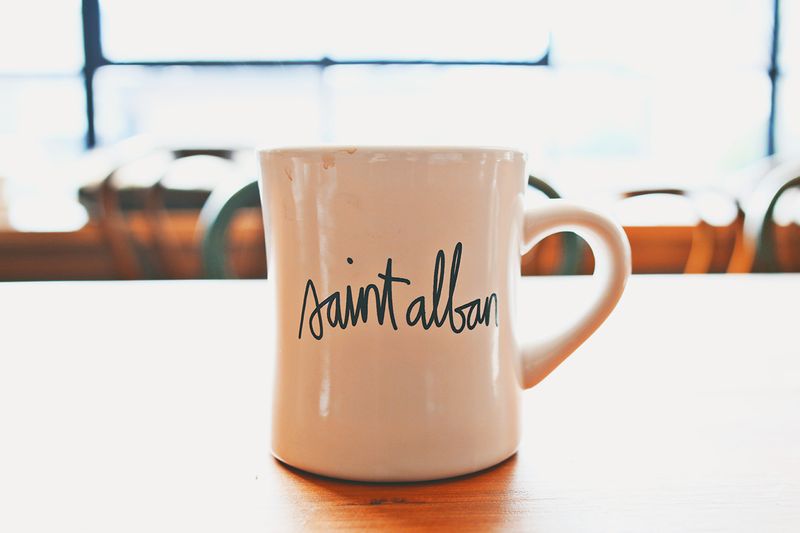 Our first impression of Lulie is that she is unbelievably cute. From her adorable Georgia accent to her colorful outfit. I've never met a person whose personality so accurately reflected their work—pure sunshine! 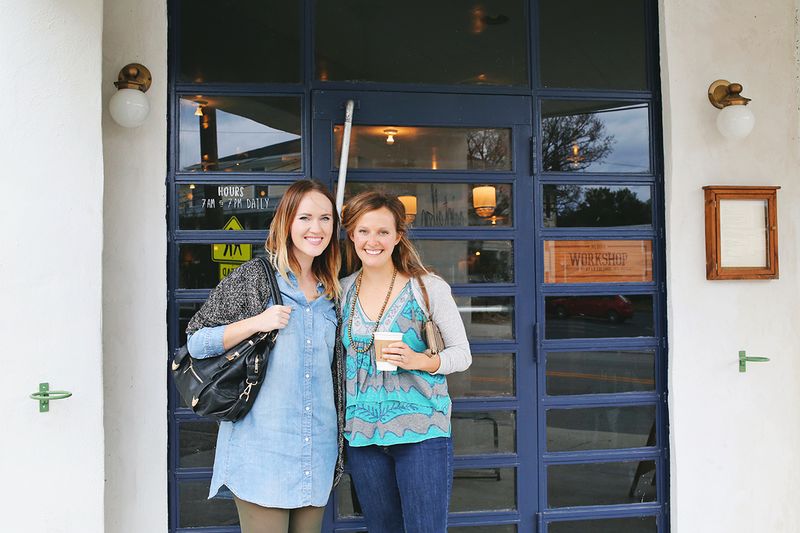 After a few minutes of small talk, we asked Lulie to tell us her business story. She told us that after college she decided to give herself one summer to try to paint full time and if it worked, she would pursue that and if not, she would continue for a master's degree. Well, spoiler—it definitely worked! Today Lulie is super successful, but what happened between now and then?
-Mentoring. Lulie received business advice and mentoring from artist Sally King Benedict. It doesn't hurt to learn the ropes from someone a few steps ahead in their career!
-Licensing. Lulie has licensed her work to both Anthropologie and Urban Outfitters, creating another form of revenue.
-Pattern design. Lulie also creates textile patterns. They're beautiful! See- 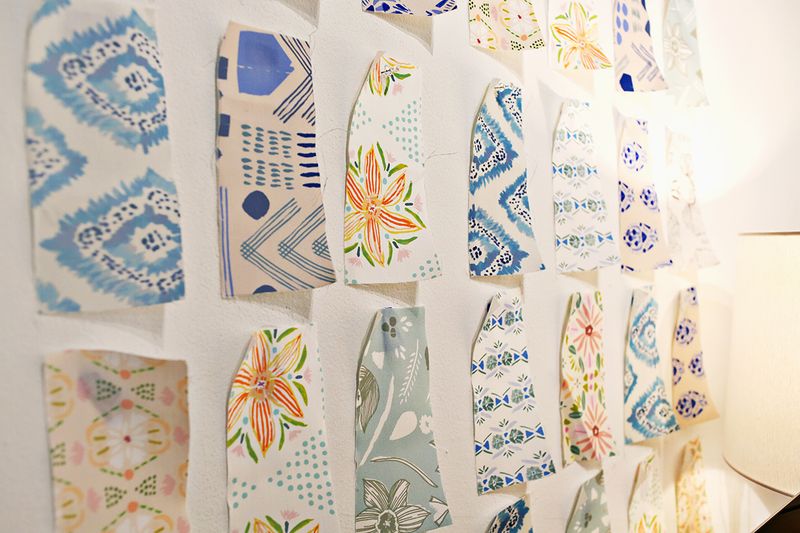 -Saying no. One of Lulie's nuggets of wisdom is that you need to say no to a lot of opportunities in order to save space for the best ones.
After coffee we took a short drive over to Lulie's studio at Redux Contemporary Art Center. Redux is an inspiring group space with lots of artists working within one building. It was super fun to walk around and peek into all the spaces! 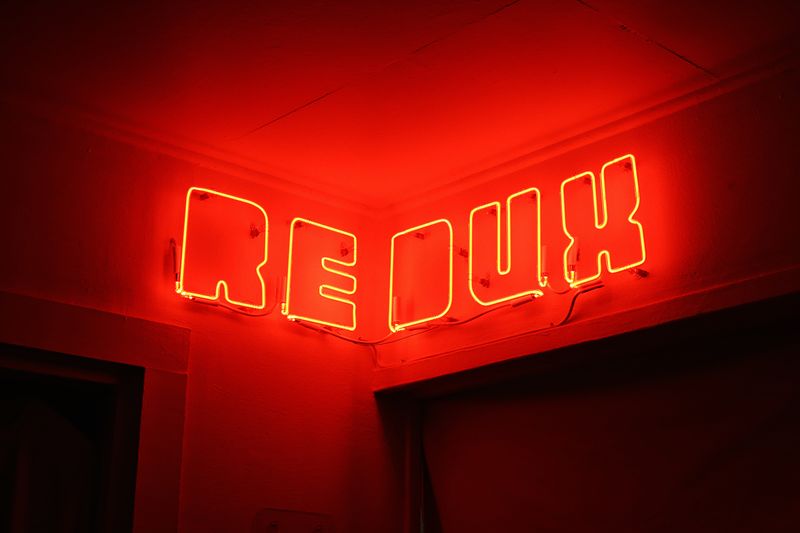 Lulie's studio is covered floor to ceiling with her work. Even her floor is painted in a cute pattern! 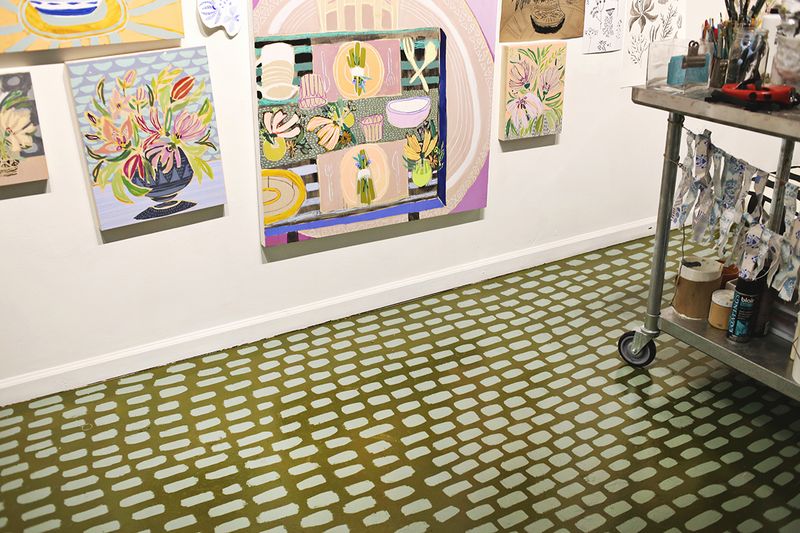 Her space is minimal and fresh. We met her graphic designer, Megan Simon, who was working on digitizing some patterns when we dropped by. 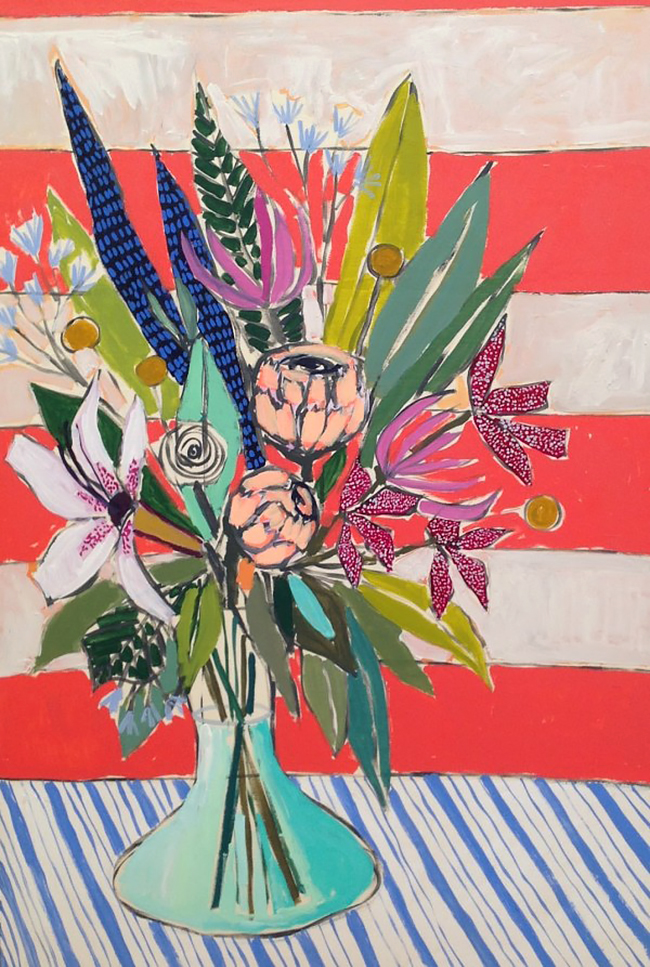 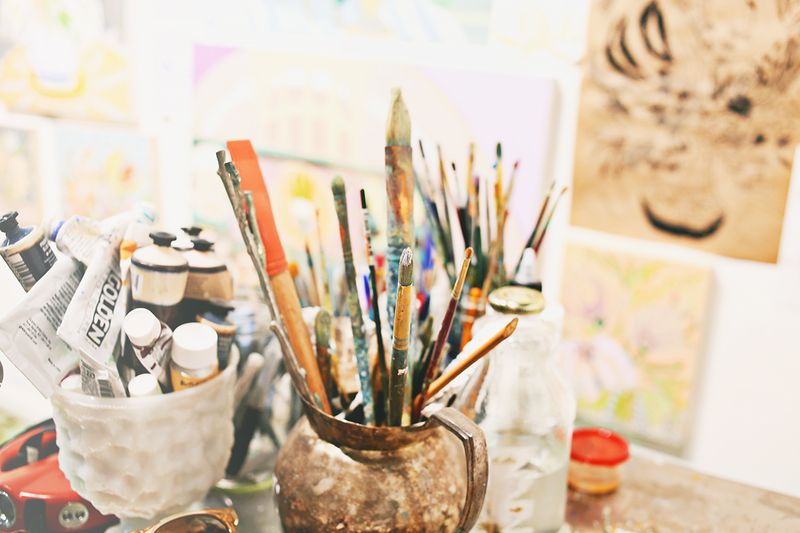 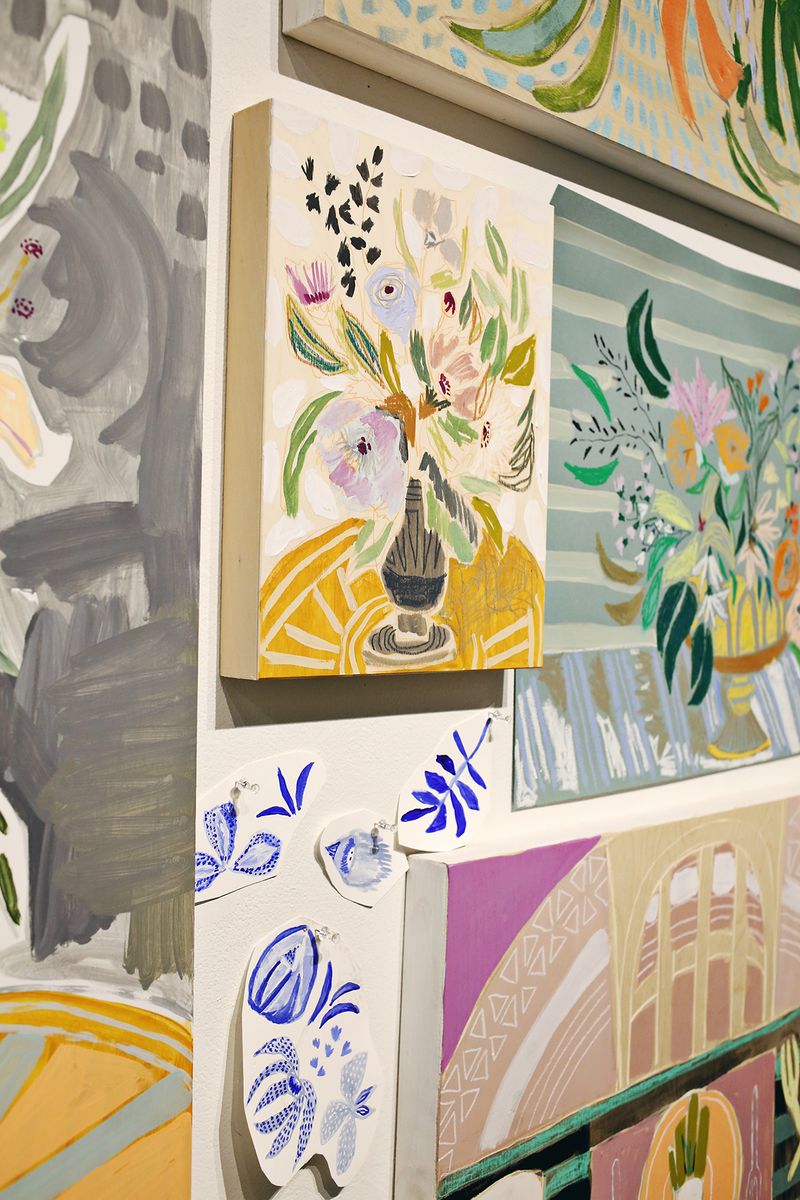 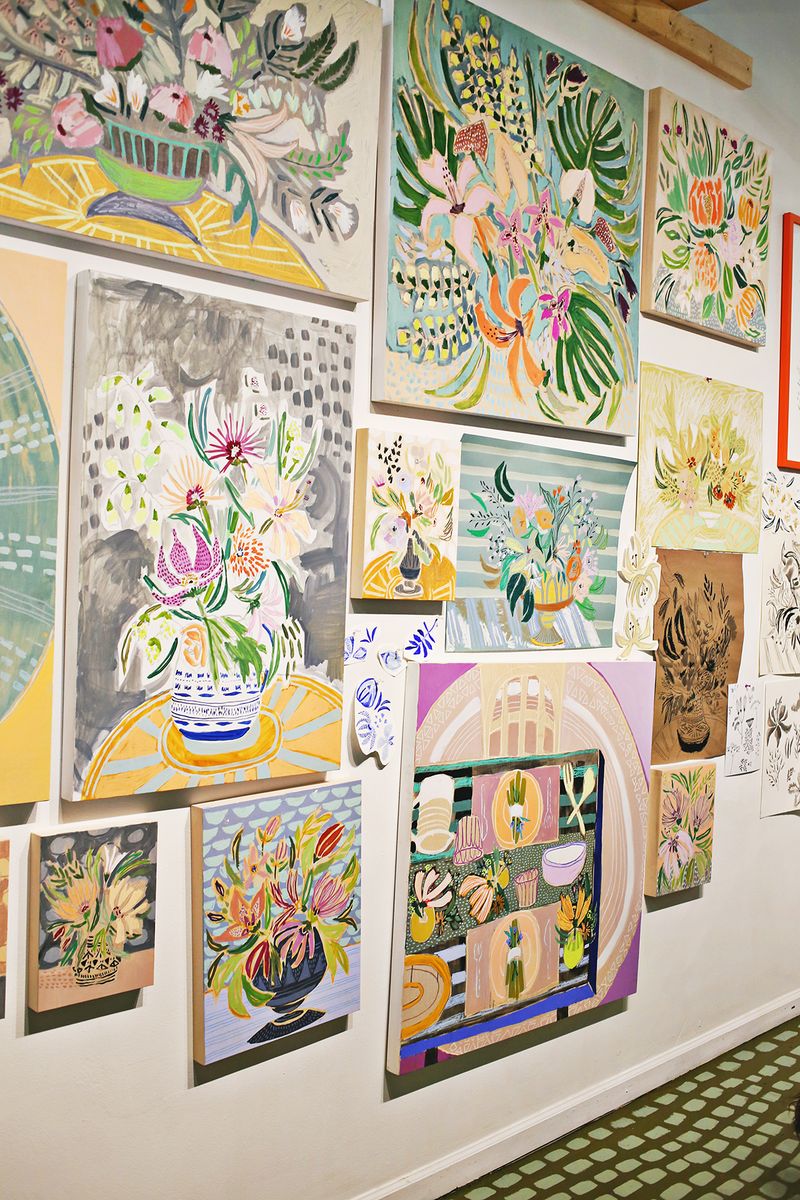 The best part of Lulie's studio? Her dog, Abe. I mean, look how cute! 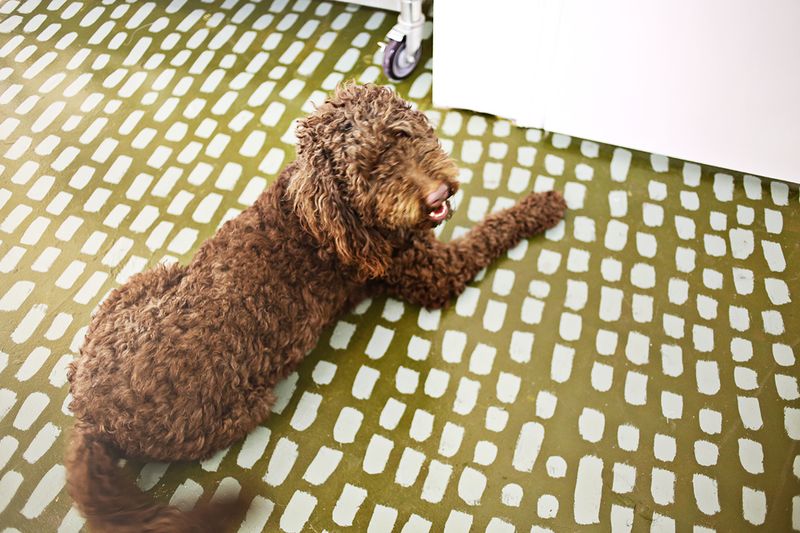 My first impression of Lulie's work is that they are even prettier in person, and huge! Here's a photo for scale- 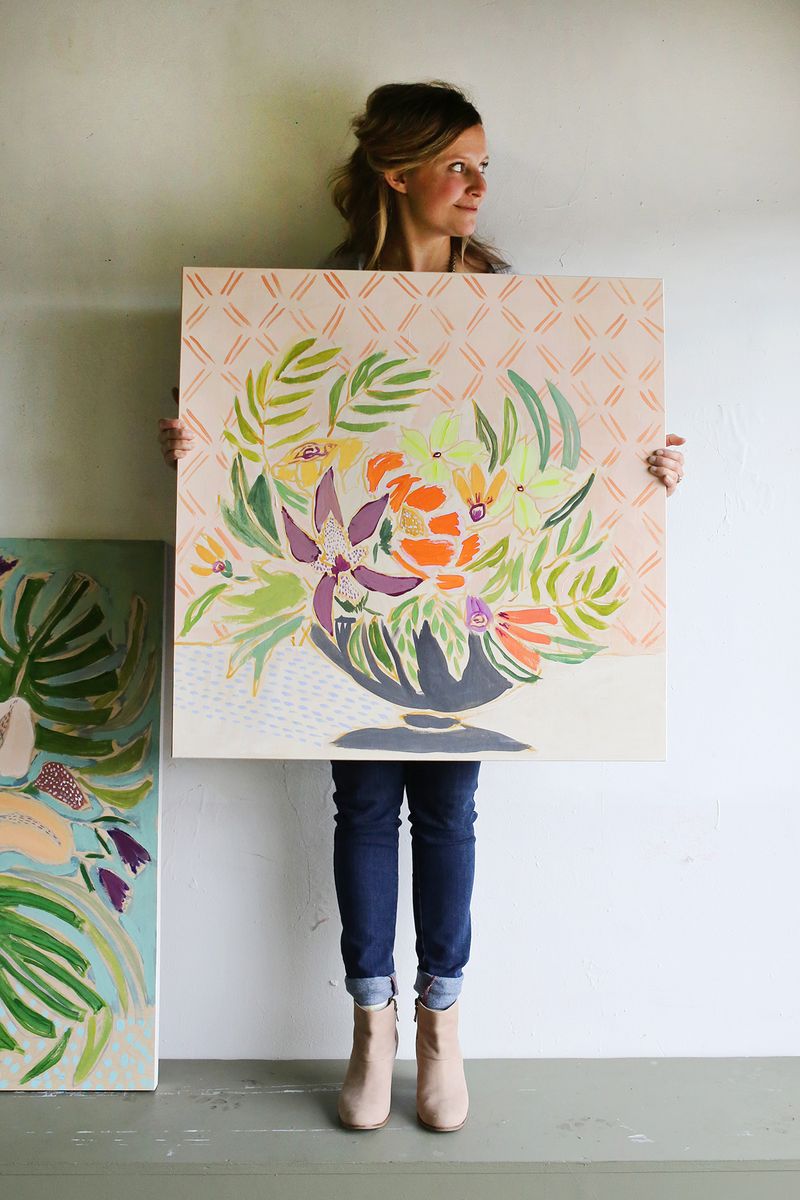 Many of her paintings are on birchwood and she was also working on a lot of new paper pieces that day. 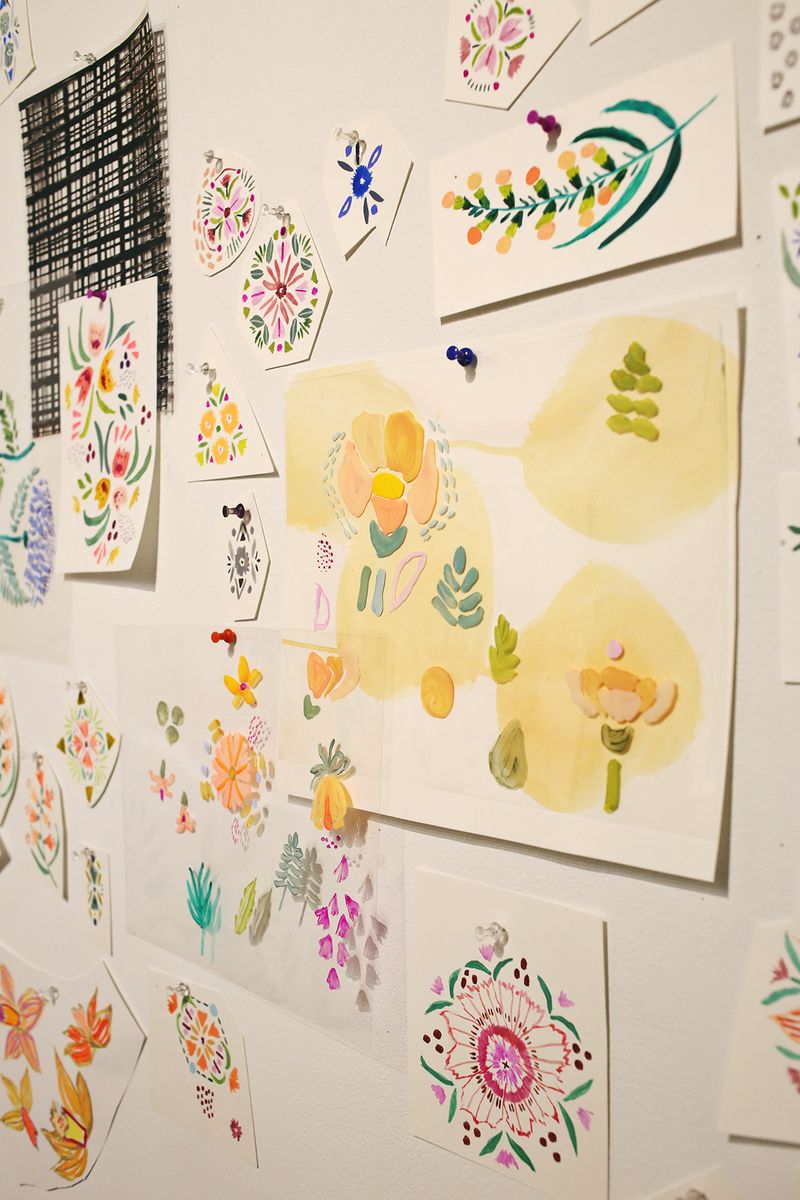 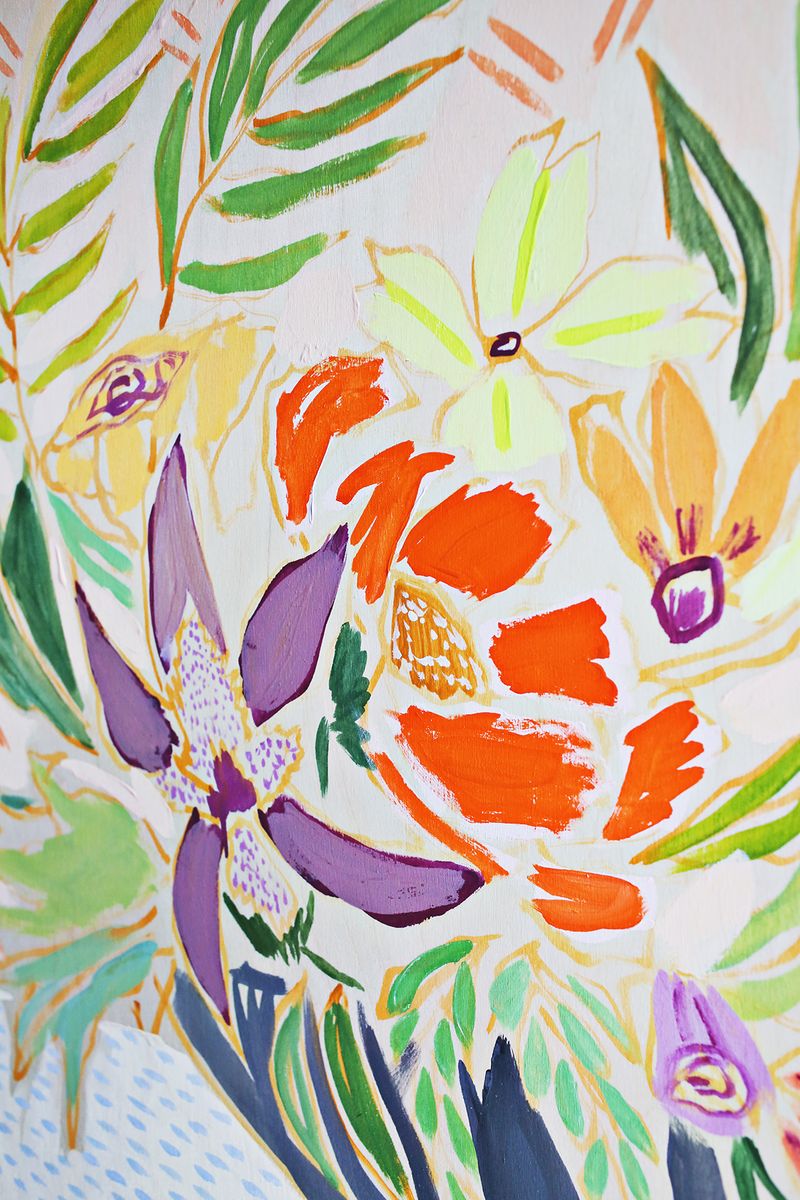 Well, that was our afternoon with Lulie Wallace. Hop on over to her website to see more of her work and follow her on Instagram for more fun. xo. Elsie
Credits// Author and Photography: Elsie Larson. Photos edited with A Beautiful Mess Actions. Additional photos of paintings used with permission.
PinFacebookTweetEmail