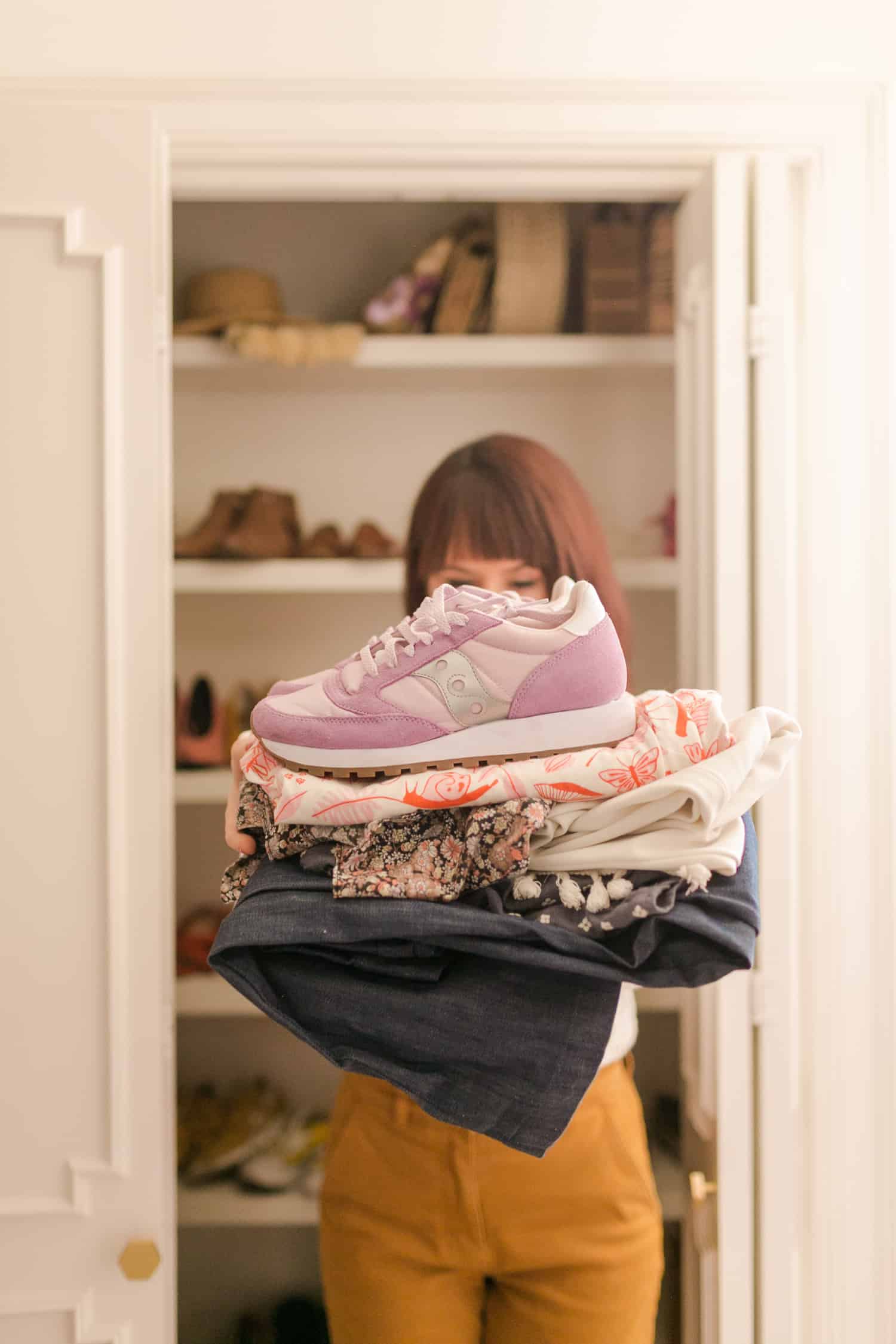 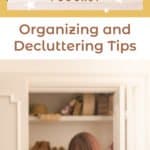 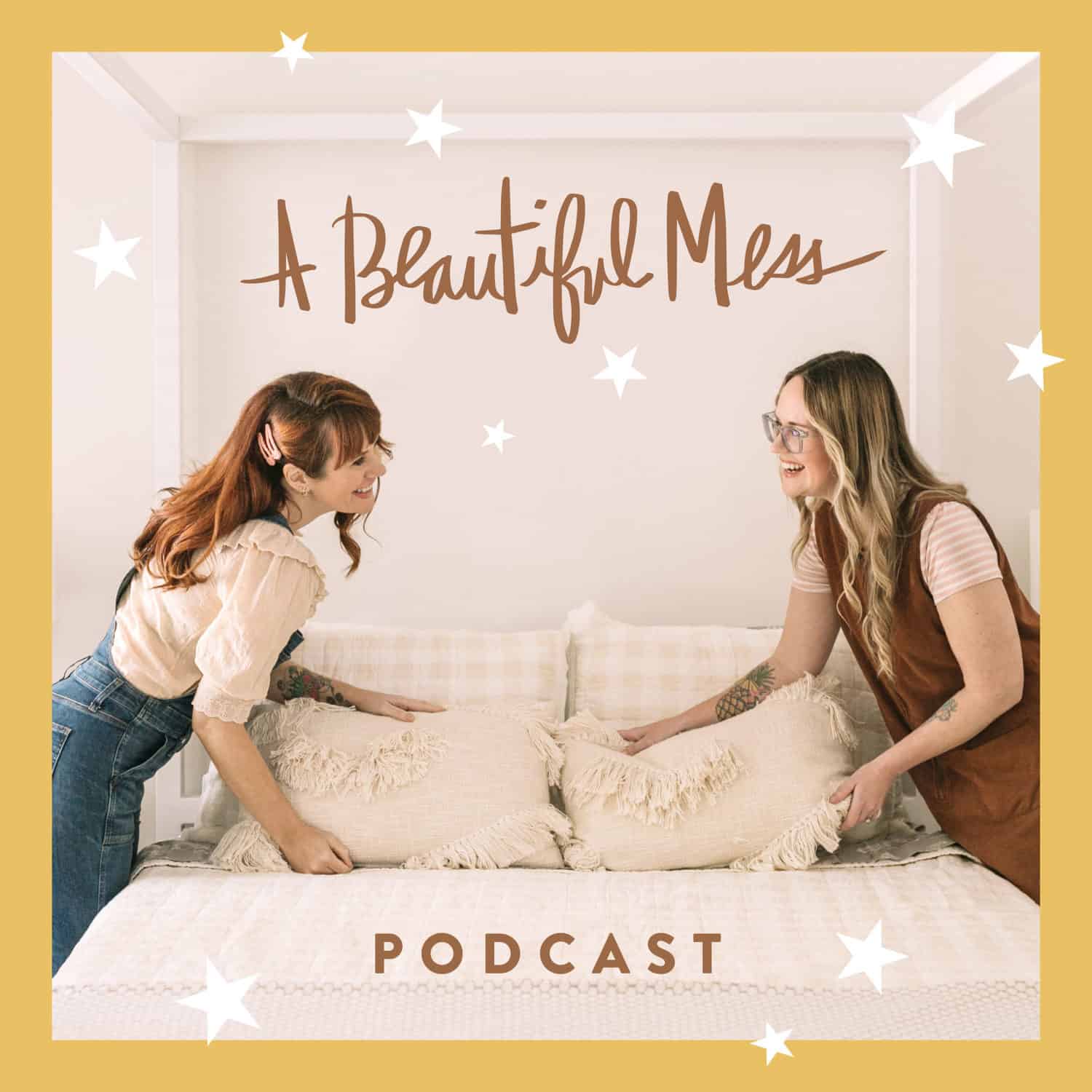 Hi! This week’s episode is all about cleaning and decluttering.

You can stream the episode here on the blog or on iTunes, Spotify, Google Play, TuneIn, Pocket Casts, and Stitcher. You can find the podcast posts archive here.

-We mention The Curated Closet Workbook.

(as always, haha—but it is one of our year-long goals and an excellent way to kickstart a closet clean out!) 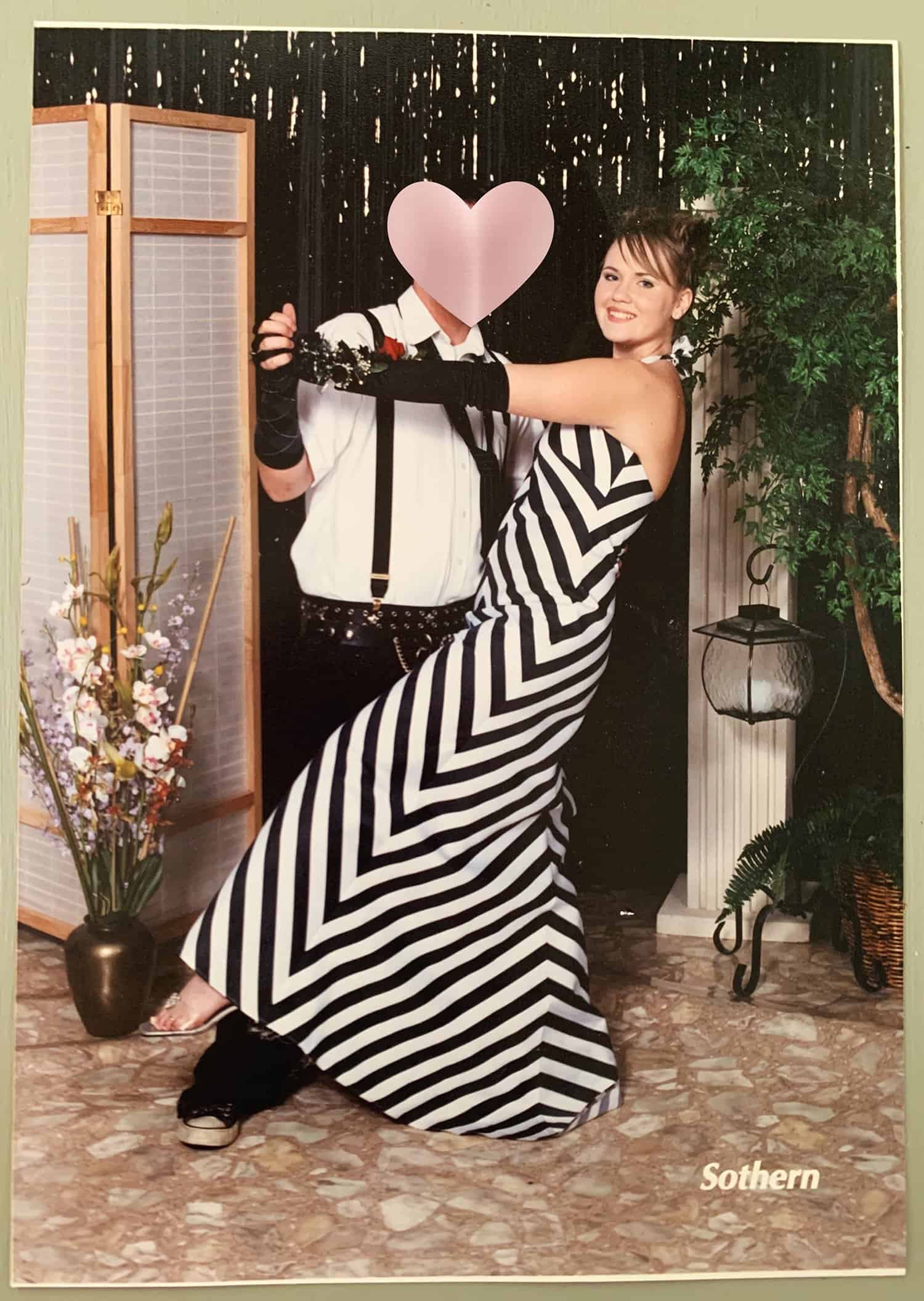 This actually isn’t the dress I saved. This is from my junior year prom (we had that at my high school) and the dress we talk about in this episode is from my senior year prom. But, I can’t find a photo of it and I thought I might as well give you all something. 😉

–The Home Edit + books
Be sure to pre-order their new book (Elsie’s home is in it—eeee!!!)

–Poshmark You can use my code to get a $10 credit for your first order—install the free app here! Use the code ELSIELARSON

–Thred Up (get your clean out bag here)

–Here’s an older post Emma wrote about the clothing swaps she hosts and how to do your own.

Elsie’s find: Yogasleep dohm sound machine. This is what I have. I just realized it comes in pink too.

Wow. I did a really bad job of explaining the sound. But it’s every bit as good as a fan and better than a sound machine, in our opinion. Really love it! Going to get a few extras for travel, guests rooms, etc.

Emma’s bathrobes: Emma’s/Trey’s  (Do you think the color of Trey’s is “burnt orange” or “dusty pink?” We have a bet going.)

Thank you to everyone who is sharing our podcast, subscribing, or has left us a review! These actions mean so much to us and are helping us grow. 🙂 XX- Elsie + Emma

Miss an episode? Get caught up!

So…sock drawer in the kitchen isn’t so crazy…

We have a family of four, all adult size feet. We keep all of our socks in baskets in a single IKEA Kallax shelf / bench unit on it’s side.

Most of us go barefoot in the house, until we go out. So socks near the front door is perfect!!

Just finished listening on my walk and you’re spot on! I’ve been trying to cut down on buying new over the last few years, it is certainly easier with sites like Poshmark (current favorite) where you can narrow down exactly what you’re looking for without spending double or triple the time in a thrift store. I’m currently 14 months pregnant and I’m planning to shop my wardrobe (a lot of flowy tops and loose dresses, open button up shirts) but they are a few basics I do need like jeans and tanks. I was thrilled when I found out Madewell made maternity jeans, but I was even more thrilled to find a great selection on Poshmark for 50%+ off, also you can find more styles than are what currently available. Added bonus, most maternity clothes are in great shape because they’ve only been used for a few months! 🙂

These organized and decluttered spaces look so amazing. I love going through these amazing episodes.

I’m a Longhorn and Trey’s robe is basically the same color as a lot of the dresses girls wear to DKR stadium on game day, so I have to say it’s more burnt orange than dusty pink.

I still want to see your senior prom dress though…if it was worth keeping….must be special! Haha.

I also have a husband who needs a fan to sleep. I am ordering the white with gray accents sound machine you recommended since our ceiling fan in our bedroom is not working so well lately and needs to be replaced. Now I can search for a beautiful light fixture to take it’s place, and we will both be happier! Thanks

Your prom photo is giving me LIFE! Thanks for sharing! (only love here, not teasing)

I have always wanted to know that Elsie and Clea are friends. I’m so glad! I want an episode on kitchen open shelves! I know we’ll try it out eventually and want to know all the good tips.

Thanks for the shout out! So happy the Dohm is working its magic for you!

“The Curated Closet” can be found on both indiebound.org and bookshop.org: two organizations that support independent bookstores nationwide. Jeff Bezos and Amazon’s wealth are incredibly toxic and entirely avoidable. Please check out “Wealth Shown to Scale” if you have not already (https://mkorostoff.github.io/1-pixel-wealth/). If you’re going to start showing up for antiracist work, please also show up for socioeconomic work as they are intersectional.

We completely agree with you and are in the process of re-linking our books to IndieBound.

That’s great to hear. I urge you to consider avoiding Amazon links beyond books as well.

Super curious about your continued linking to Amazon, especially considering past dialogues about it in older posts.

decluttering is one of my favorite ways to self-care. my tips:
https://tps-steph.blogspot.com/search/label/organization
ps. love the old prom dress peek 🙂

Loved today’s episode! Currently packing up our apartment to move to our very first house and so thanking myself for de-cluttering before our last move (only 6 months ago), it’s making moving sooo much easier this time around!
And love the dress, Emma! I had a top in that same pattern that I remember wearing constantly!
<3!

Trey’s robe is clearly Ginger Spice, ha ha. I would have to side with burnt orange over dusty pink.

Thank you! I will let him know the score. 🙂

Cathy, your Poor Little It Girl

Oh gosh, the black and white prom dresses were SO popular when I went to prom as well! Epic throwback!