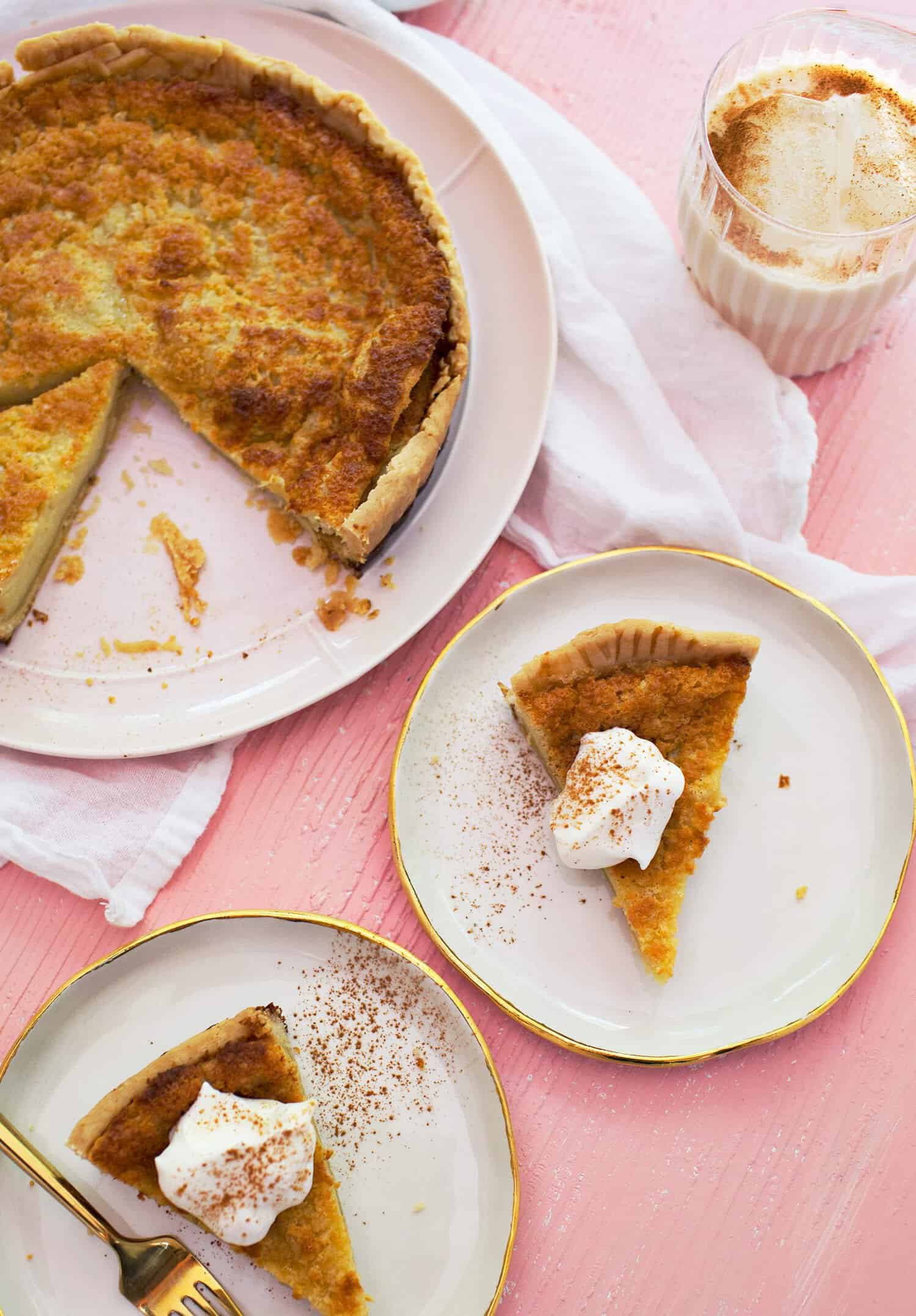 I really can’t even hear the word horchata without thinking of that Vampire Weekend song. And even though that song seems to be about winter, I guess I got into that album in the summertime one year because the song always makes me think of summer. That may have been part of the inspiration for this recipe idea, in fact. Well, that and this is pretty similar to buttermilk pie, which is one of my favorites. 🙂

If you’ve never had horchata before, it’s a sweet, spicy milk mixture that is often made with or served with rum. Sort of the cool cousin of a White Russian, I guess. So of course that already sounds like a great basis for a dessert, right? And then if you’ve never had buttermilk pie before, it’s a custard-based pie made with tangy buttermilk (and still plenty of sugar, so it balances). So this feels very similar, but with more cinnamon and a few more flavors. And if that didn’t get you excited for this pie, I don’t know what will! I’m sort of wishing I had another piece right now. 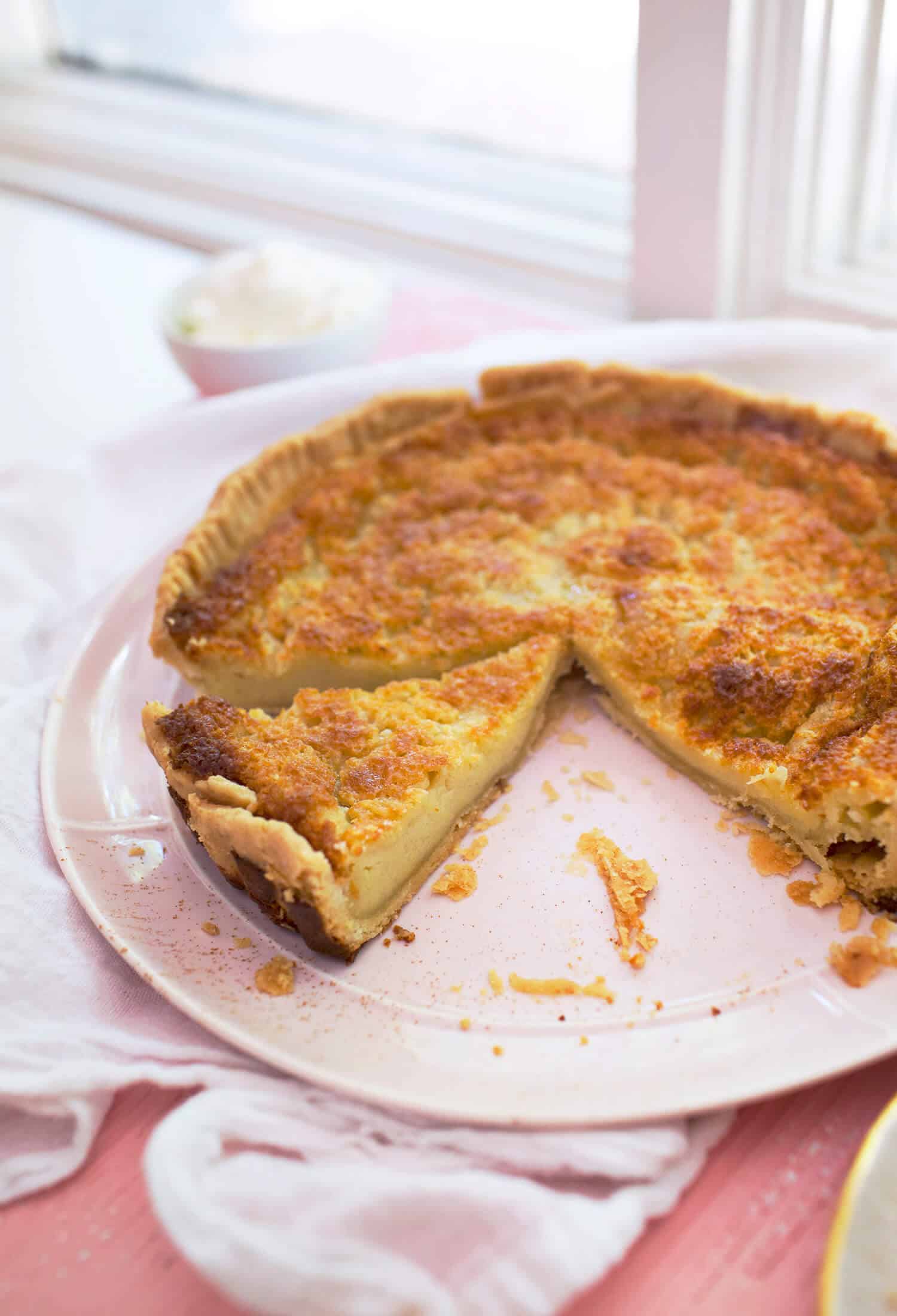 Add a little fresh whipped cream or vanilla ice cream to the top and you’re in business! 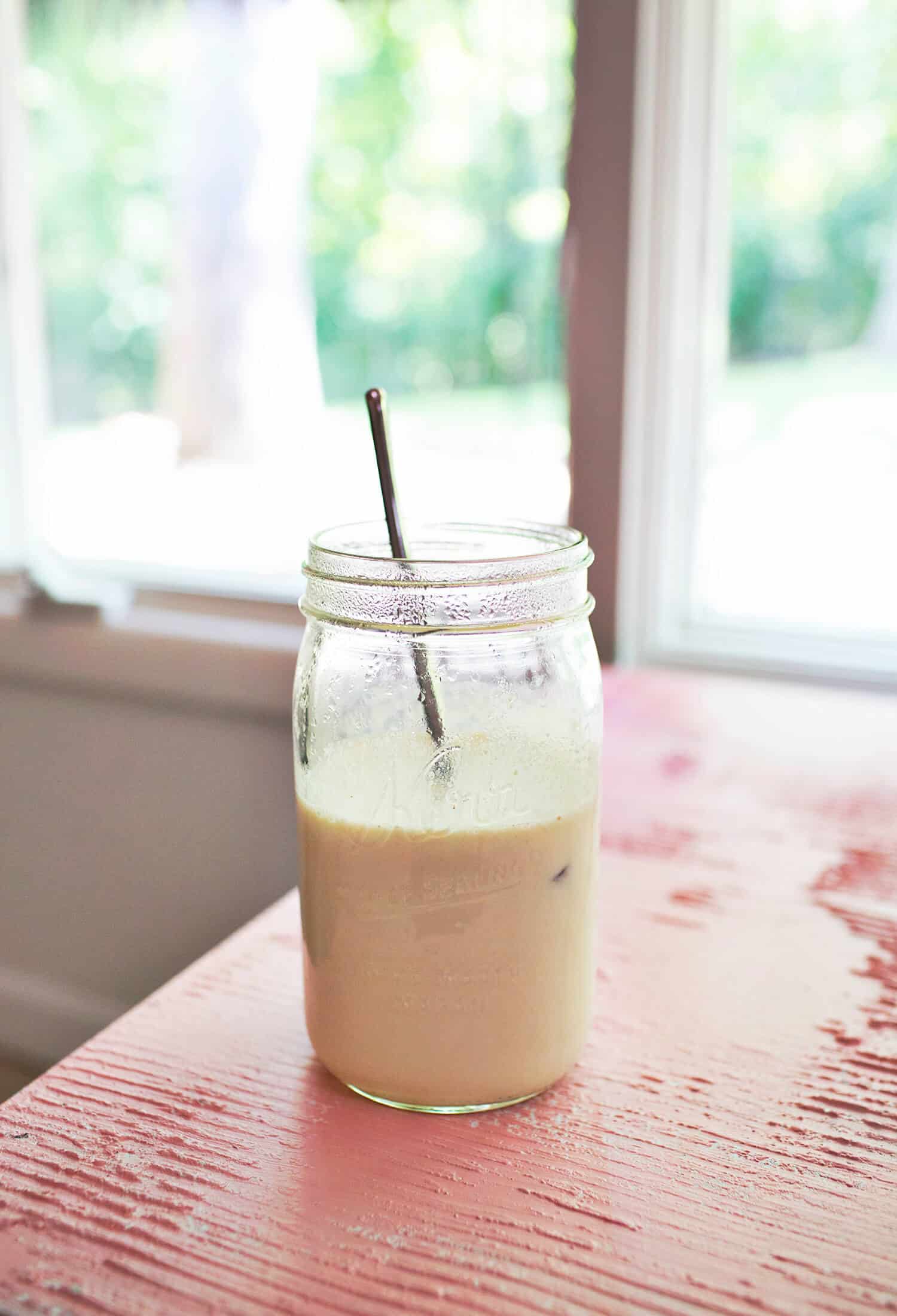 First, make the crust. Combine the flour, sugar, and salt in a medium bowl. Cut the cold butter into small cubes and use a pastry blender or your clean hands to incorporate the butter into the flour mixture. It should look like small grains or pebbles. Then add in 3 tablespoons of cold water and try to press the dough into a ball. If the mixture seems too crumbly to stay in a ball, then add another tablespoon of cold water. Once a dough ball forms, wrap in plastic wrap and refrigerate for at least an hour or up to three days. I usually make my pie crust a day or two ahead of time, so it feels like less work on the day I make the pie.

While that chills, you can make the horchata. I used a variation of this Martha Stewart recipe, basically cutting it in half and upping the flavor some. First, I heated 2 cups of whole milk with 2 cinnamon sticks until very hot (but not boiling) Then remove from heat and stir in 1/4 cup almond flour, 2 teaspoons vanilla extract, and 7 oz. sweetened condensed milk. Refrigerate for 30 minutes to an hour, then strain with a fine mesh strainer. This will make twice as much horchata as you need for this recipe, but it’s difficult to make such a small amount. Plus, why not have a little extra you can mix with rum and ice for a fun cocktail later? 🙂 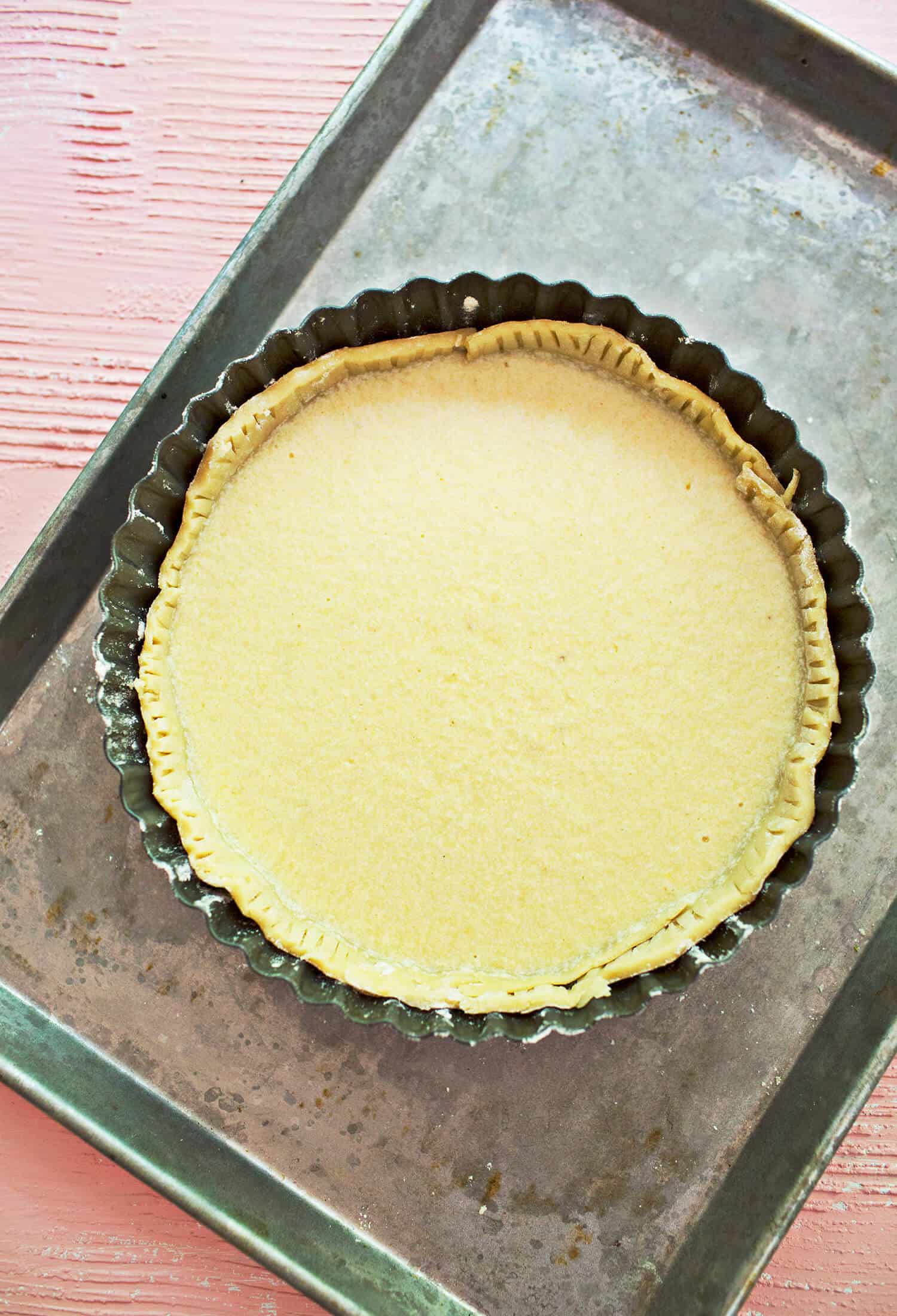 In a large mixing bowl, cream together the butter, sugar, and salt. Stir in the eggs one at a time, incorporating each well. Then whisk in the 1 cup of horchata and 2 tablespoons of flour. Roll out the pie crust and add to a pie pan that has been lightly buttered and dusted with flour. Poke a few holes in the crust with a fork. Then pour the batter in. 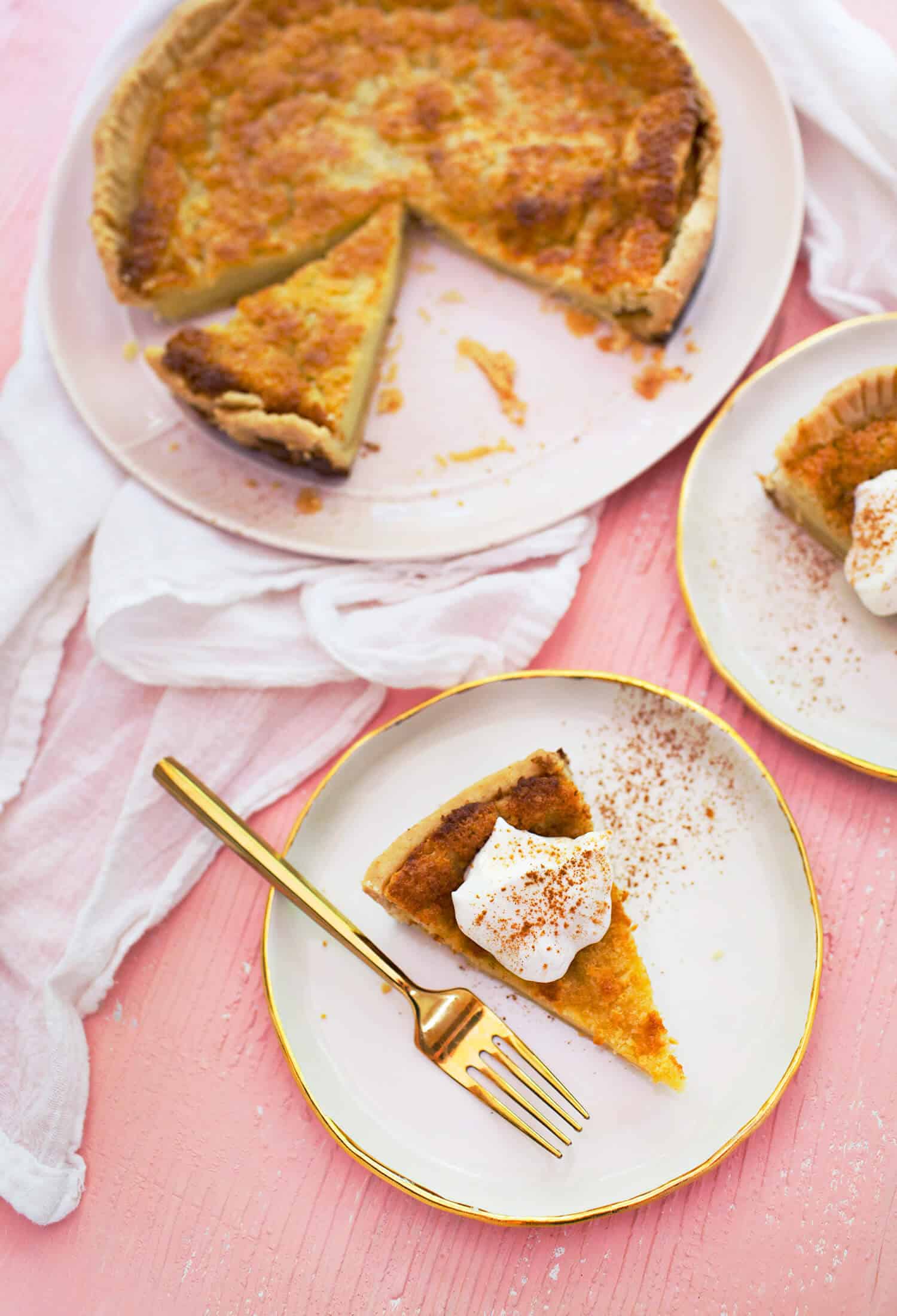 Allow to cool before trying to slice and serve. Enjoy! xo. Emma