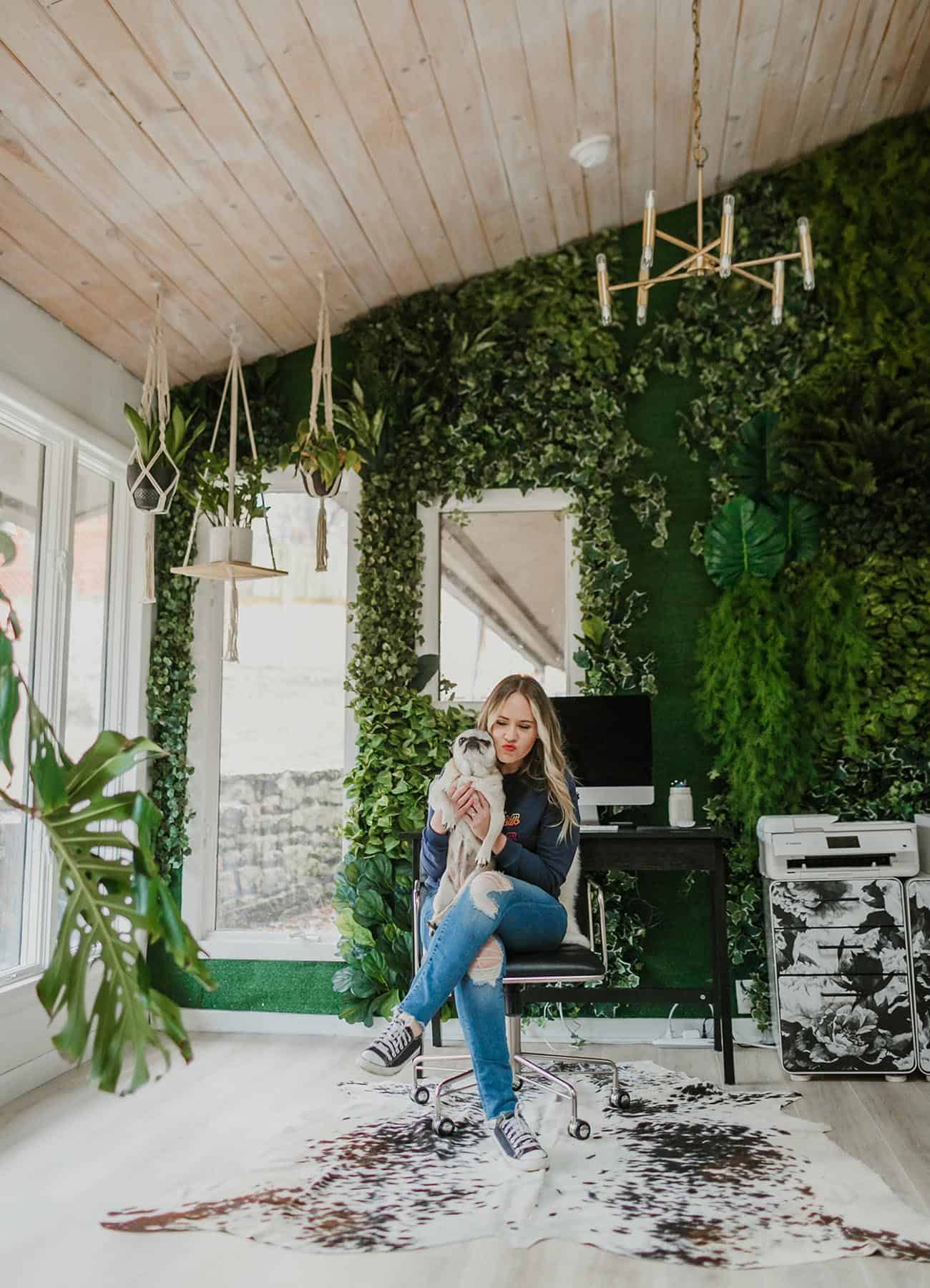 A few months ago, Trey and I were on the Smart Passive Income podcast (here’s our episode if you want to listen). We were talking about diversifying your income as a small business, and also personally. Anyway, at one point in the interview, Pat asked us what our superpowers were. And truthfully, I didn’t really know what to say. I think I said something about being positive. (Groundbreaking, Emma.) But then Trey chimed in and said he thought my superpower was being decisive. And after he said it, I realized he is right. Also, thanks honey! But I’ve thought a lot about that since then. Like, how exactly do you be a decisive person? What is the process I go through internally and externally when I make decisions?

I also must admit that I have sometimes noticed friends really struggling with making a decision on something, and it can really hold them back from, well, moving forward. I thought I’d just share five things that help me be decisive. And I’d love to hear if anyone else has other things that help them, or if that’s even something you struggle with at all.

Set a time limit for research and debate.

Of course you don’t want to become so decisive that you make snap decisions without really thinking it through (I’ve definitely been guilty of this). But, I also think this is a really easy way to give yourself an excuse to not make a decision at all. Give yourself a reasonable amount of time to research and really think through whatever situation is before you, but once the time limit is up it’s time to pull the trigger.

Weigh the best- and worst-case scenarios.

This is usually the very first thing I do when making a decision, especially a big one that may carry big consequences. Most of the time, I find that the worst-case scenario isn’t really that big of a deal; it’s something that I could weather (like looking foolish, or minor financial setbacks). But if the worst-case scenario is very, very bad (like you go bankrupt, you have to lay off your entire team, you go to jail, etc.), then that should obviously carry some weight. I also like to weigh the best-case scenario and try to be very realistic about it. Because even if the potential negative consequences are small, but the positive outcome is also very small, it may not be worth your time. You might have something really amazing come along tomorrow, so you don’t necessarily want to clog up your best resources (your time) with things that ultimately won’t move the needle.

Avoid FOMO by knowing your values.

In case you haven’t heard, FOMO stands for fear of missing out, and it’s REAL. I also think fomo is most often an emotional reaction, rather than a logical one. I don’t think you should put aside all emotion when making decisions, as that doesn’t really make sense in real life all of the time. But I also think that constantly making decisions with your heart and without your head can end up hurting you in the end. The universe has given us both, so we should use both.

Anyway, it’s important to know your values and what it is you truly want out of life. If one of your core values this year is to spend more time with your family but you say yes to every work opportunity that comes your way … well, I’d evaluate that a little more. Because you values are not currently aligning with the decisions you’re making. It’s your job to live the life you want. So you have to be very intentional about what that life is and then pursue it passionately. And this sometimes may mean skipping a good opportunity because it doesn’t truly align with your current values. Ditch the fomo and do what’s right for you.

Believe this isn’t your only opportunity in life.

My point here is simply to say that I don’t think you should make decisions based on fear. Or at least not most of the time. Obviously there are some cases where this would make sense (if you see a hungry looking bear in the forest, I’d run!), but most of the time it doesn’t. Let me give you an example. Imagine you’ve been dating this really nice guy, but you don’t really love him. You’re afraid you’ll never meet anyone else and he’s not so bad, so you just stay with him. And he proposes and you say yes, not because you really want to marry him, but because you are afraid you’ll never get to marry anyone else. Bleak, right!?

Sometimes we make poor decisions, or just really mediocre ones because we don’t believe we can do better. We don’t believe we’ll be given other opportunities in life, so we settle for anything. And while I do believe you should take advantage of what may be in front of you, I also am a BIG believer in having faith in yourself.

Live looking forward, not back. Live with no regrets.

Sometimes, we make a bad decision. It happens. If anyone reading this believes they are perfect, I am sorry to burst your bubble, but you’re not. No one is. When we make a bad decision, we should absolutely pay attention and try to learn from it. But we should not spend the next decade of our life thinking about what could have been. Don’t spend too much of your life looking backward. Goal setting is all about moving forward, however imperfectly it may look at times. Learn from mistakes, sure, but don’t dwell on them. You are not the sum of your mistakes. You are so much more. Keep your eyes looking forward toward what you want to achieve and who you want to be. You’ll get there, but only by putting one foot in front of the other and you can’t do that when you’re looking behind you all the time.

Now get out there and make some life-changing decisions! I’ll be over here rooting for you. xo. Emma