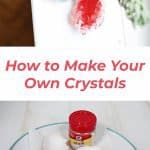 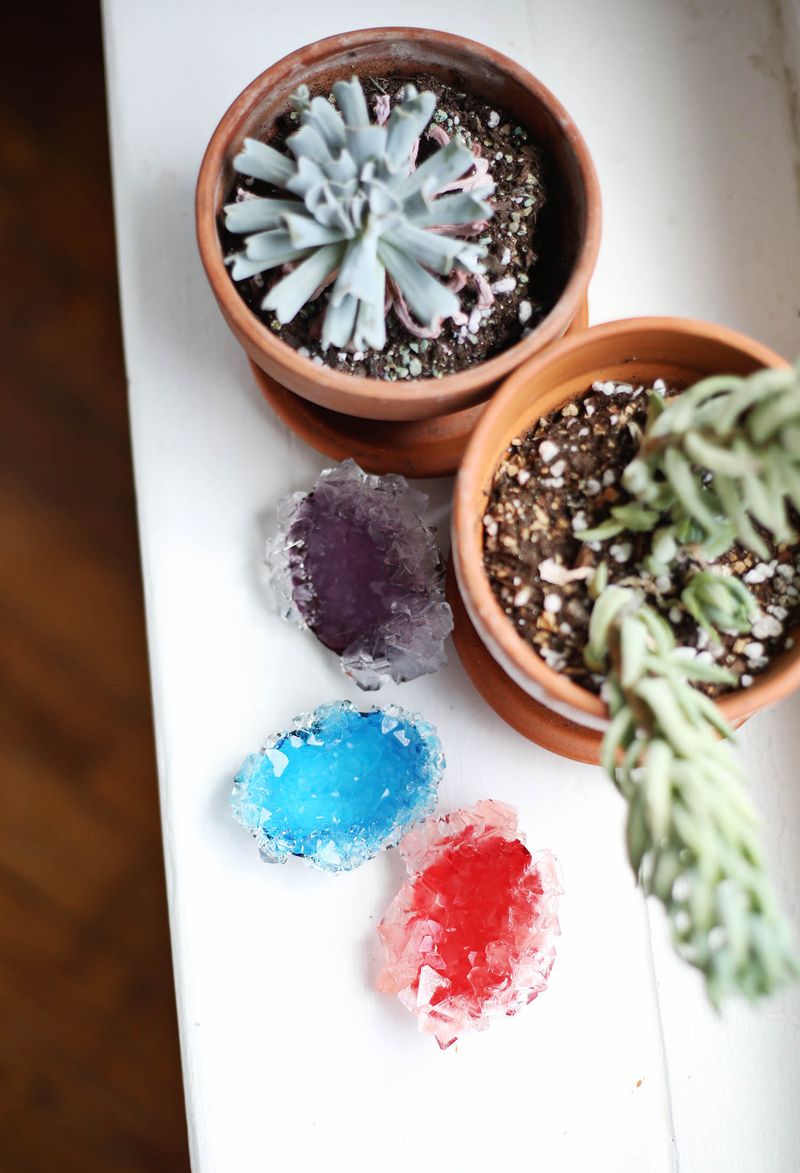 That’s right, you CAN totally grow your own crystals. I’ve been wanting to try this since last April, when I kept seeing them around Easter. This is a sciency-craft project that people often do with kiddos. I’ve seen a number of tutorials for these online, but I believe it was originally developed by Jim Noonan for the Martha Stewart Show (see his tutorial here). 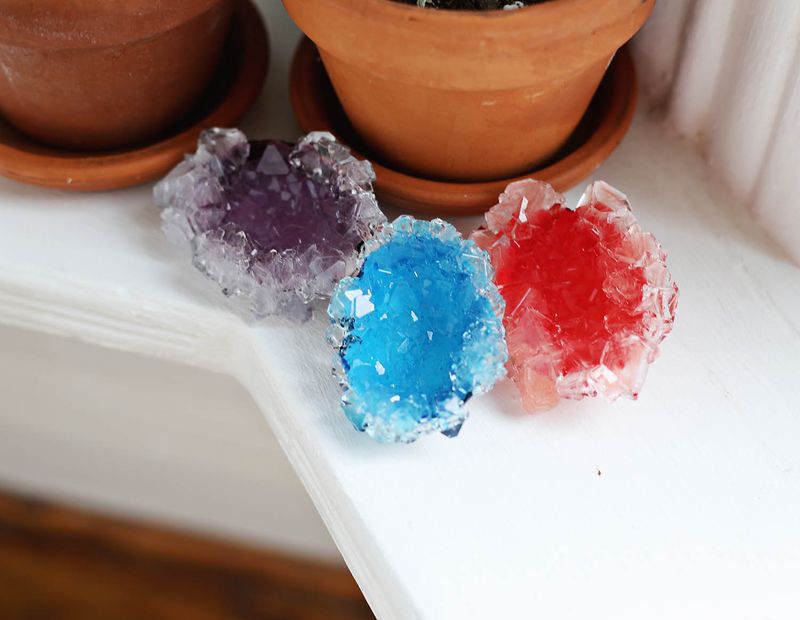 You can find me more often in the kitchen than the, uh, craft room. But this is part craft and part kitchen experiment, so I had to give it a try. I learned a few things and am happy to share my own personal results. AND I use my crystals in another project that I’ll be sharing later this week. I think you’ll like it. But first, let’s grow some crystals. 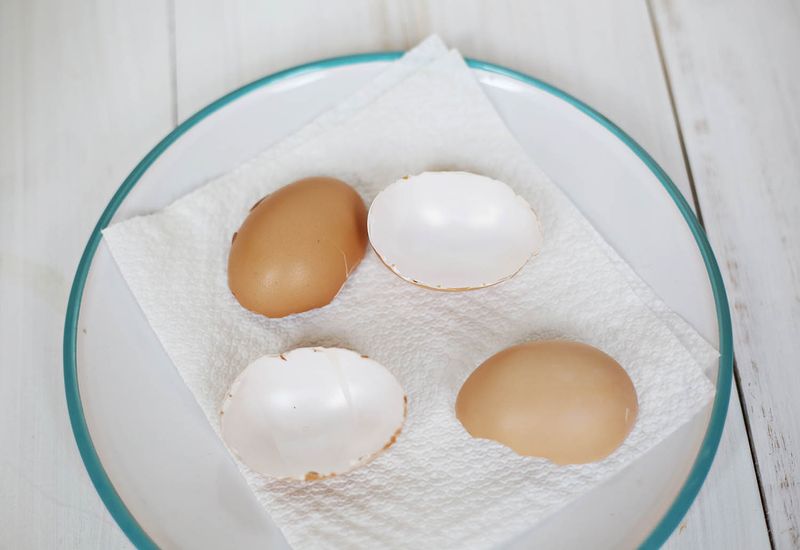 Step One: Use an X-Acto knife to cut your egg shells in half. This is messy; do it over the sink. The original tutorial suggested using blown egg shells, but if you’ve ever blown out an egg shell before, then you know it’s not exactly fun (also not the safest activity since it involves raw eggs). You don’t really need to blow the centers out; just cut the egg shell in half over the sink, then wash out the egg shell and let it dry. As you can see, my egg edges were NOwhere near perfect, and that was perfectly fine. 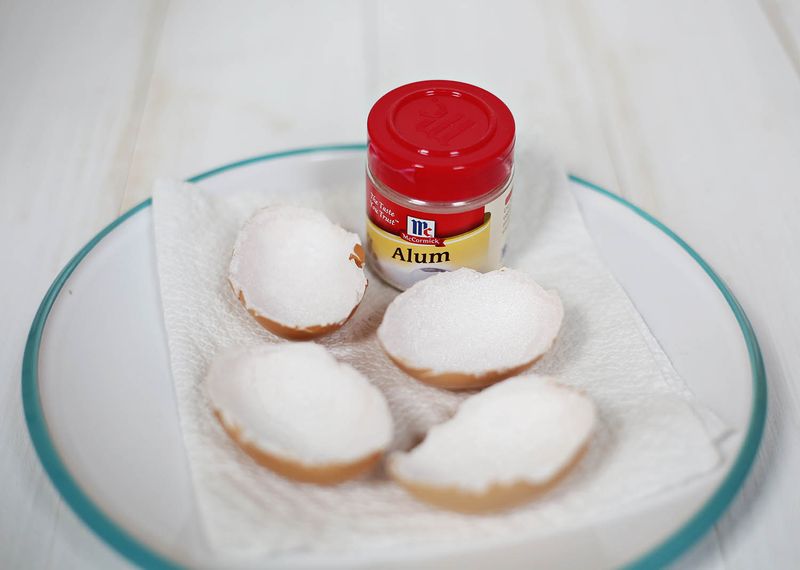 Step Two: Paint on a thin layer of Elmer’s glue to the inside of the egg shells. Sprinkle on the alum. I do not recommend powdered alum. I did one of my eggs with powdered alum and the other three with the kind that you usually use in pickling (it looks like tiny crystals). The powdered alum did not work almost at all, while the other three grew massive crystals. Once you’ve sprinkled on the alum, let this dry out overnight. 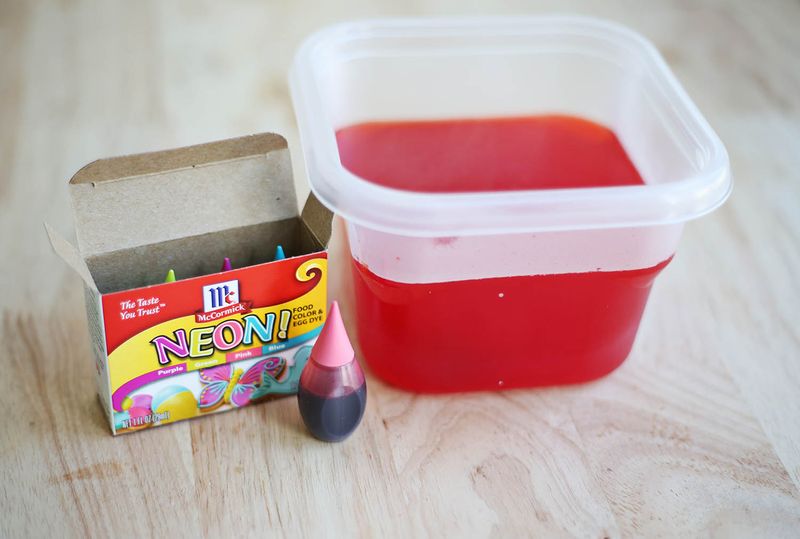 Step Three: Heat 2 cups of water until it’s just about to boil. Now add the food dye (I used about 40 drops of dye per color) and 3/4 cup alum. Stir until the alum is completely dissolved. Allow the mixture to cool for 10 minutes. Pour the mixture into your container (it may color your container, so I used inexpensive plastic tubs so it would be okay if they got ruined) and add one egg shell, open side facing up. Now let your crystals grow for 8+ hours. I let mine grow for about 20 hours, and the crystals got quite big! 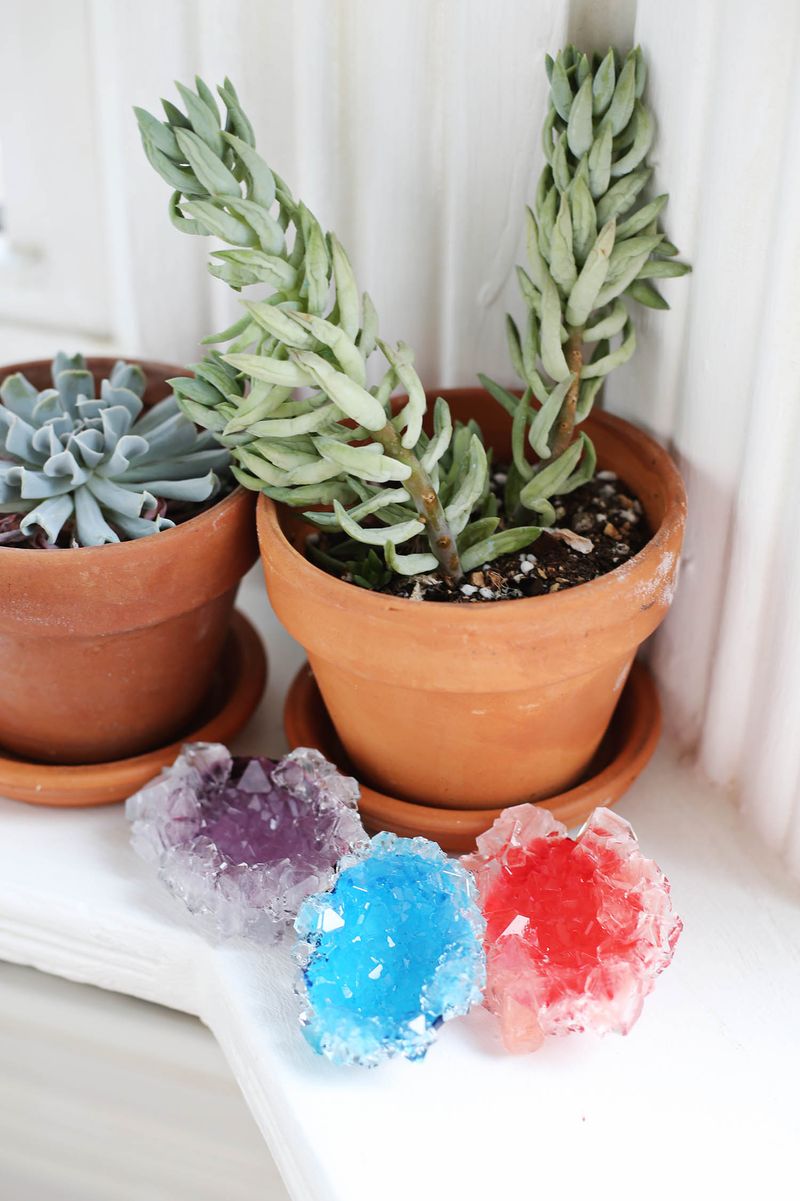 Remember to wear gloves anytime you are adding eggs to the dye bath or taking them out, as it can really stain your hands. Gently rinse off your finished crystals and allow to dry.

Why egg shells? Good question. I liked the idea of using egg shells because they create an inverse kind of dome for the crystals to grow in/out of, like a geode. You could use lots of different objects to grow crystals on, though; it doesn’t have to be egg shells. Like, you could easily follow the steps above and use a small rock as your base instead.

You might also be wondering how fragile these are; I know I was. They are fragile enough that if you dropped one, even from only five or six inches, they would likely crack. If you dropped them from fairly high, like waist-high to the floor, they would likely shatter. But if you don’t drop them, they can last for a very long time. I’ve had mine for over three weeks now, and they still look like the first day I made them. So, what to do with these new crystals? There are probably a million ideas, and I’ll show you what I decided later this week. Let me know if you have other questions, and if I have an answer based on my experience, I’ll let you know. xo. Emma

Update: I shared how I turned my crystals into geode paperweights, you can see the project here.