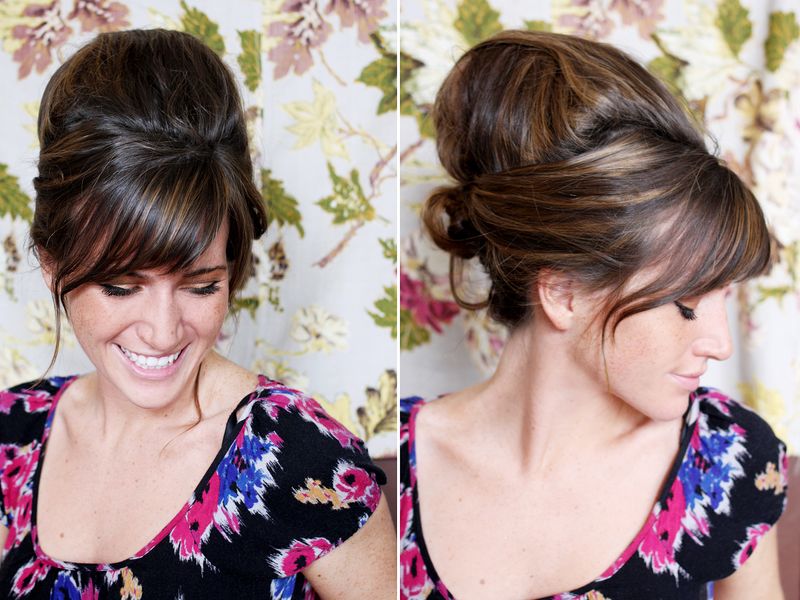 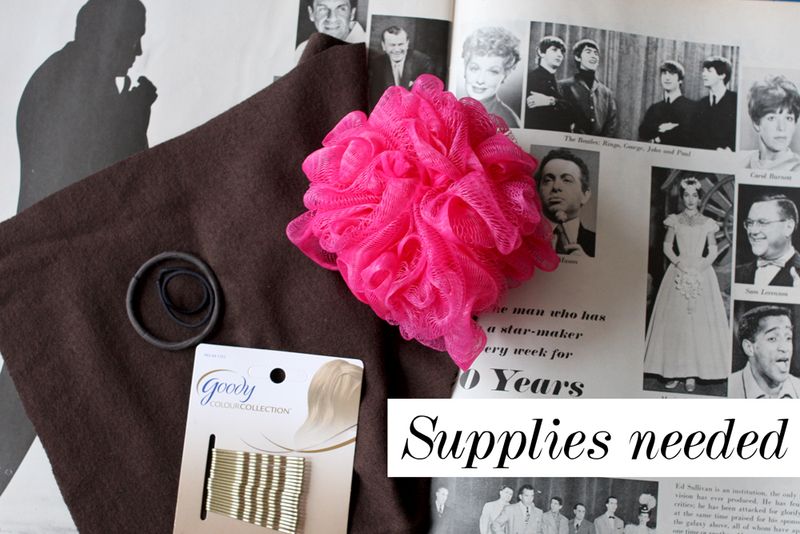 I’m so excited to share this hair tutorial! Beehives can be intimidating, but they are actually pretty simple to style when you have the right supplies.

Here’s what you’ll need: A bath loofa (any color), A piece of fabric that matches your hair color (just large enough to cover your loofa), a rubber band, bobby pins and hair spray (I use Got2b Glued 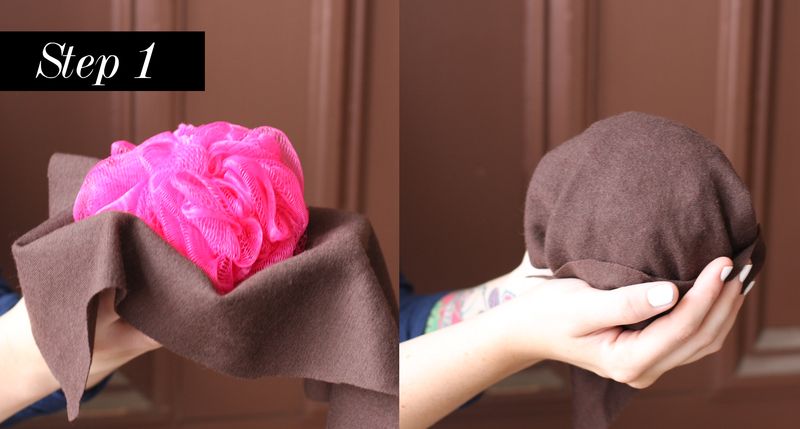 Step 1: Cover a bath loofa in a solid fabric that matches your hair color.

Step 2: Pull one small section of hair forward (leave unteased). Gather a second 1-2 inch section, spray and back-comb it. Repeat with 2-3 more sections until your hair looks like this… 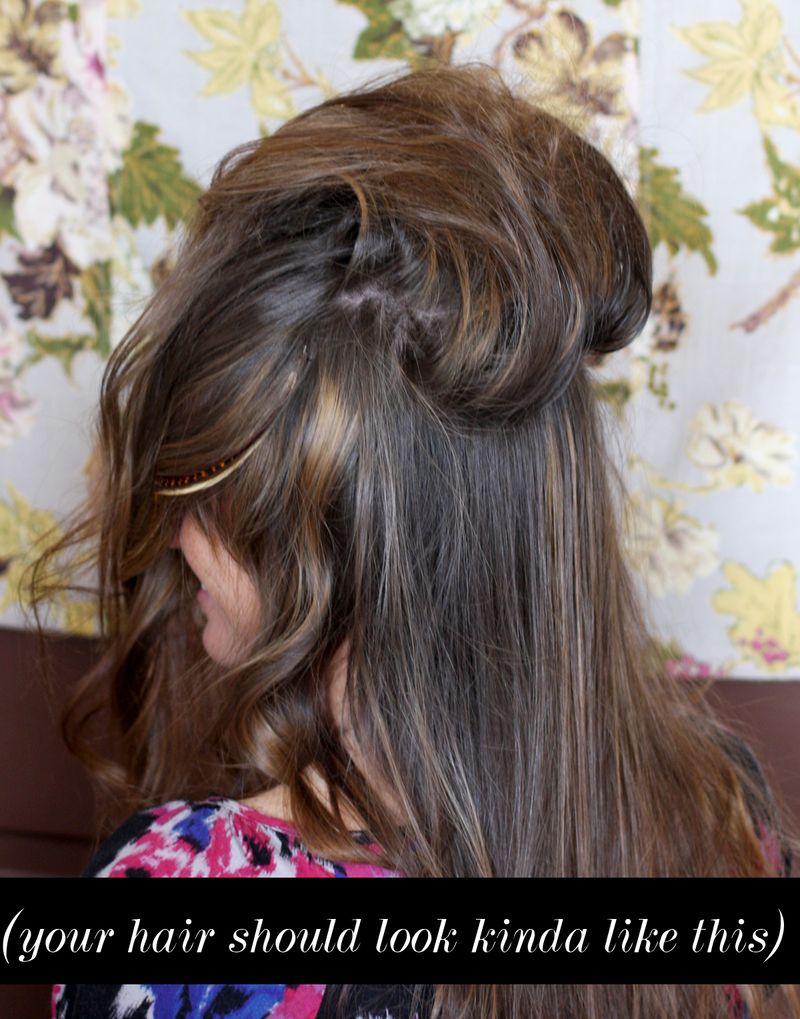 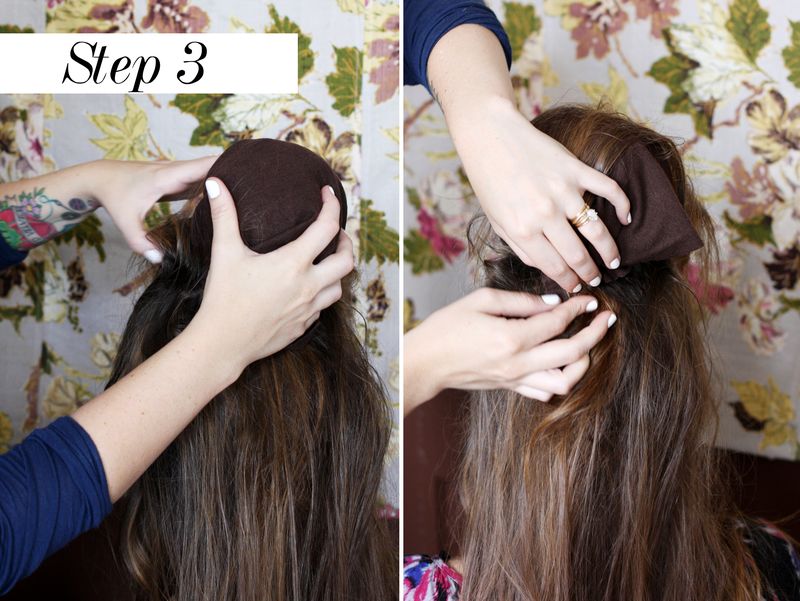 Step 3: Add the loofa to your hair. Wherever you position the loofa will be where the bump sits. Cover the loofa with pieces of hair and pin each piece down.

Continue to cover it from every direction until the loofa is completely hidden! 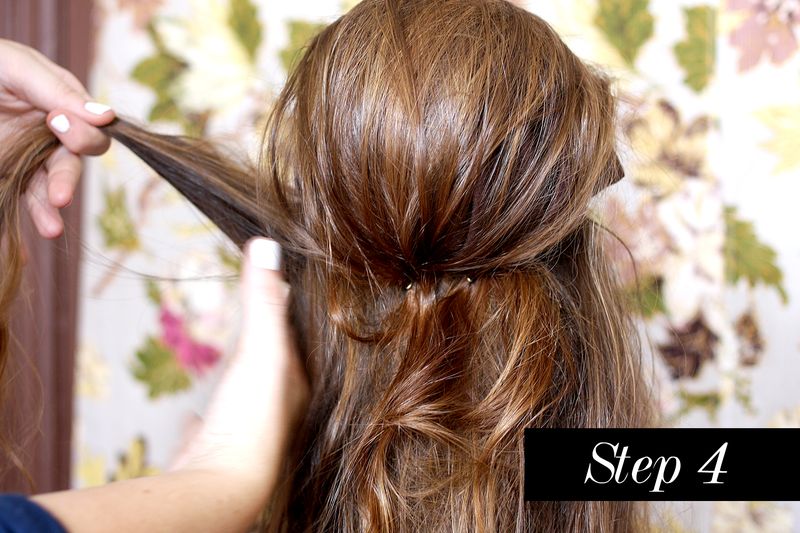 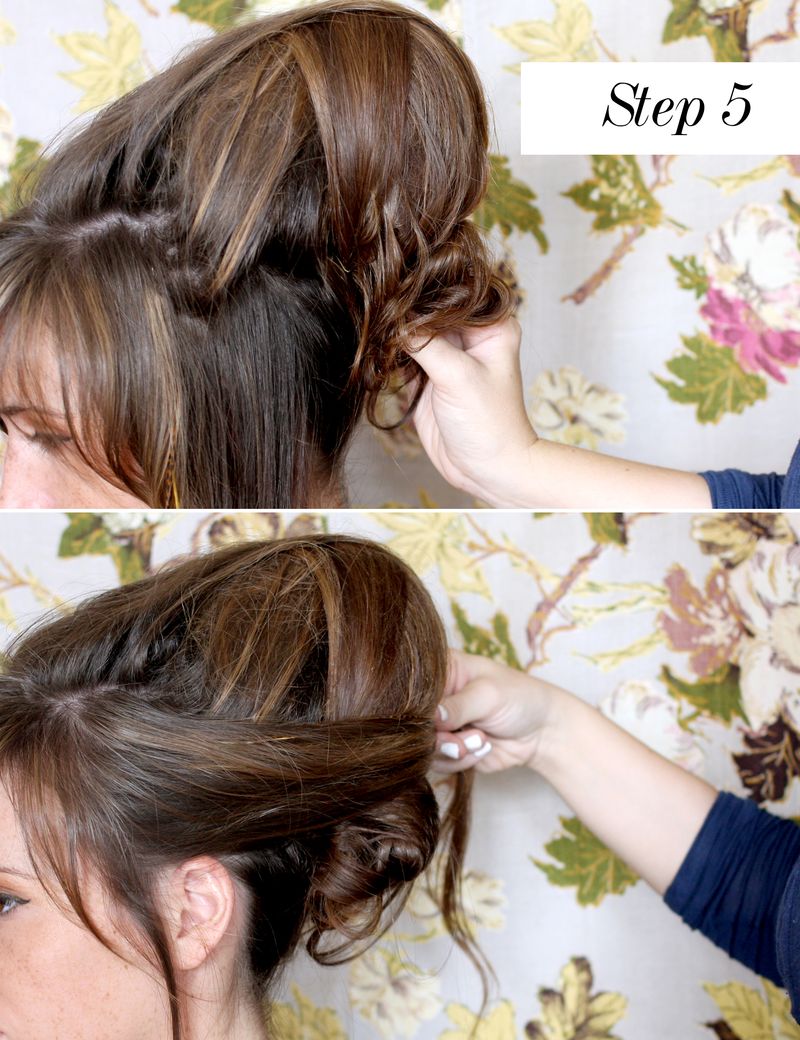 Step 5: Choose to pull the back of the hair up or leave it down.

A few tips: If you have shorter hair use just the fabric (tied in a big knot/ball) and skip the loofa. Try a lace headband, daisy chain or style maiden braids in the front of your beehive. Practice makes perfect. Experiment to find out how much hairspray and teasing your hair needs. 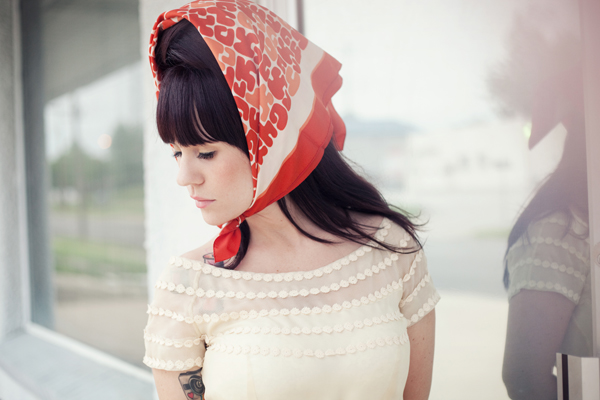 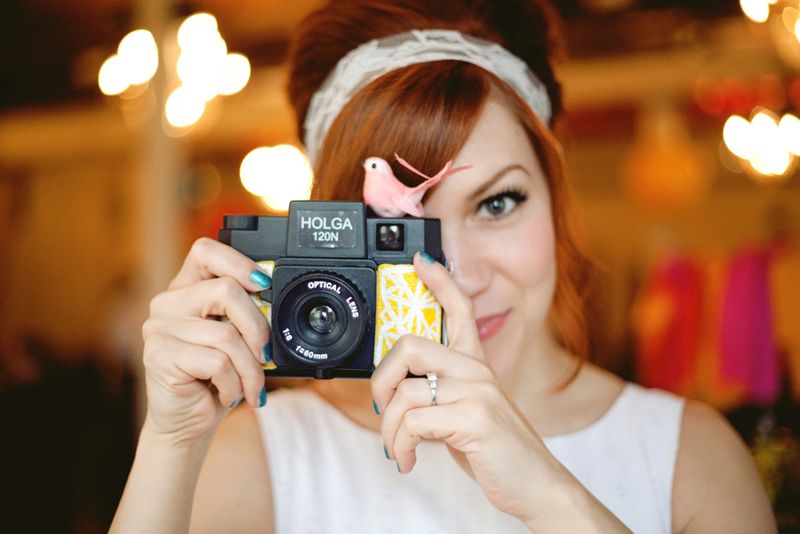 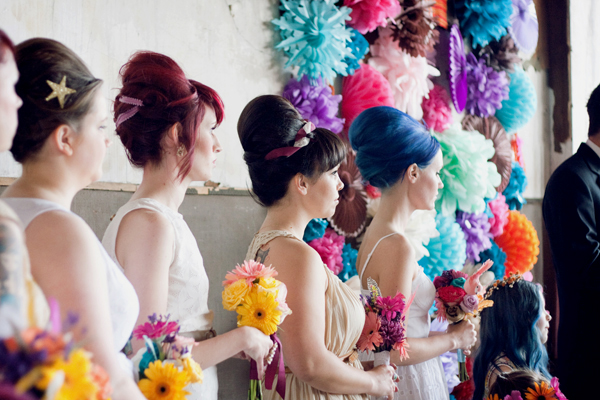 Enjoy your new beehive! I wore one in my bridal portraits and my bridesmaids wore them at my wedding. Beehives are so classic and stylish. I love them paired with a 1960′s dress or a simple gown.