Last week we tried our first batch of infused vodka. We tried a bunch of flavors and had no big hopes or expectations… it was definitely an experiment! Here are the results- 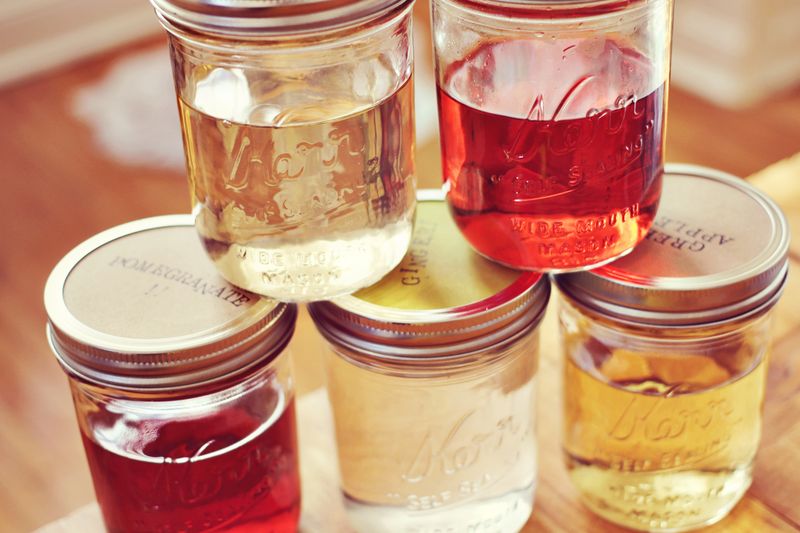 Our favorite flavors were pomegranate, green apple, raspberry, ginger and pear. We also love the jalapeno but it is INCREDIBLY spicy, so I want to try a batch that only sits for 24 hours.

We thought most of the flavors turned out ok. The only one that was super gross (in my opinion) was our basil batch. It went straight down the drain. I love a cocktail with fresh basil, though!

After our first round I feel like I know more about how to customize our next batch to our taste. I will let some infuse for longer and strain some sooner. I am also looking forward to trying other varieties of liquor like rum and tequila. In our next batch we will play more with flavor combinations, like adding cinnamon sticks to an apple batch to make an "apple pie" inspired flavor. All in all, the was such a fun experience. I enjoyed trying something completely new.

If you're interested in making a batch for gifts I would recommend one of the berry flavors. Raspberry and Pomegranate were both delicious and really pretty too. They can infuse for 72+ hours before straining. Be sure to use a fine mesh strainer for that step. 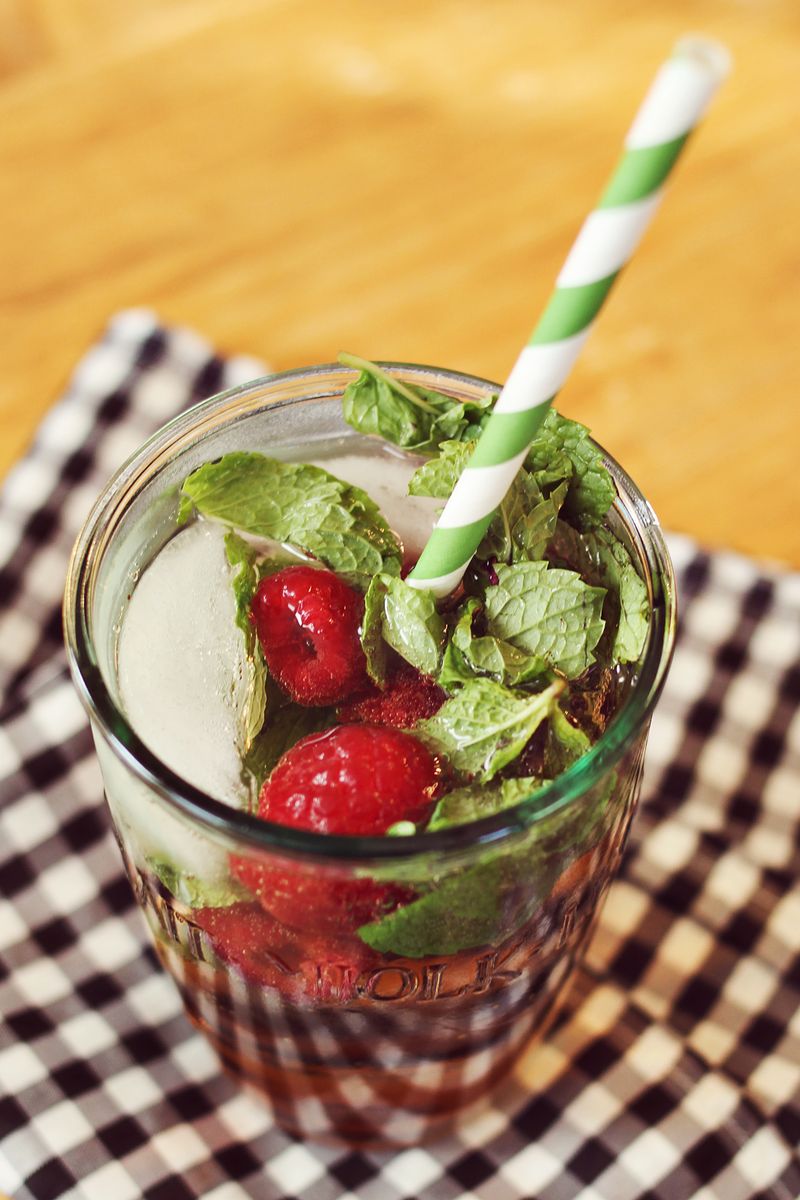 One of the first mixed drinks I tried was a raspberry mojito. I used the classic recipe but replaced half the rum with our infused raspberry vodka and added fresh raspberries. It was pretty yummy.

I'm excited to try more combinations with the vodkas we made. The jalapeno might be making an appearance in a Bloody Mary soon. Can you tell we had a lot of fun with this? Have a great weekend! Elsie