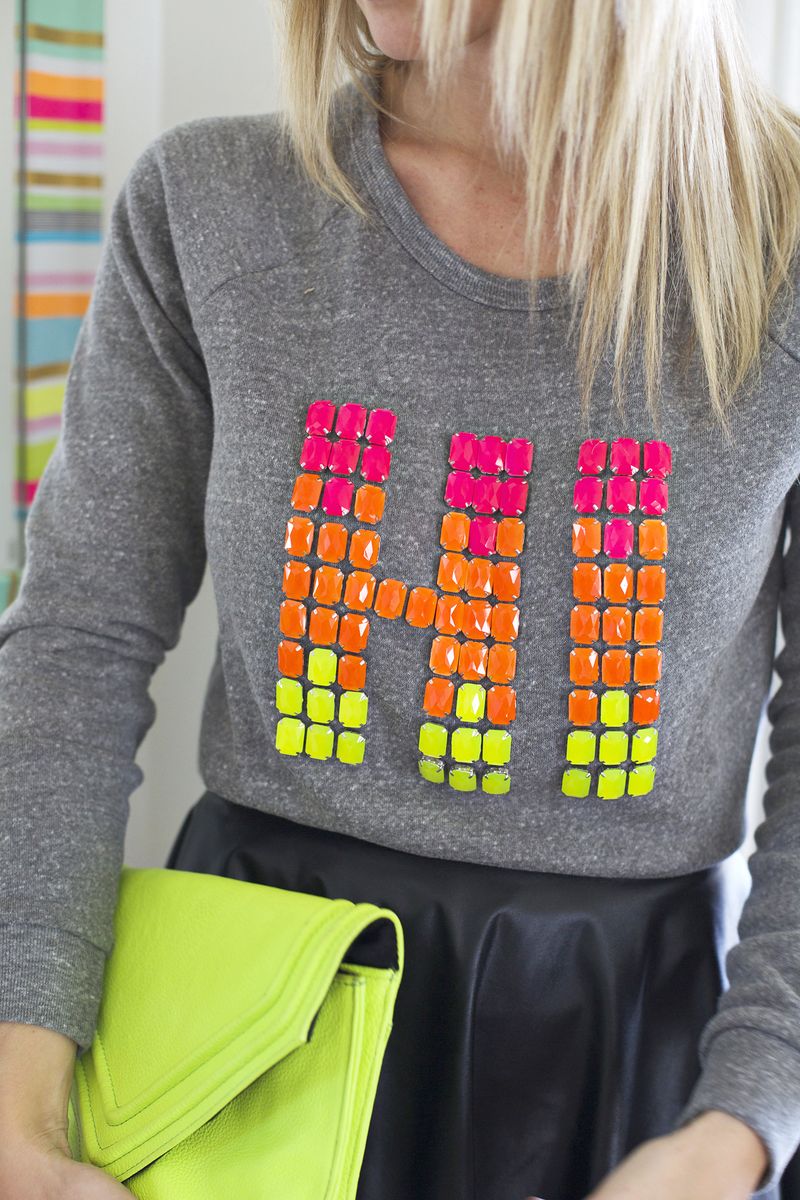 I love things that are a little over the top. There are certainly times when I prefer a minimalist approach to decor or clothing, but I’m usually wishing it was a little sparklier/bigger/brighter/goldier (is that a word?) than it already is.

I love dresses and tops that are adorned with sequins and gemstones, but they can feel a bit too dressy for everyday life.

I thought it would be fun to use those giant neon gemstones on a sweatshirt to dress them down a little bit and shape them into a cheerful phrase instead of just having them around the collar.

The process is similar to the DIY sequin phrase top I did earlier this year, but the gemstones make an even bolder (and more colorful!) statement. 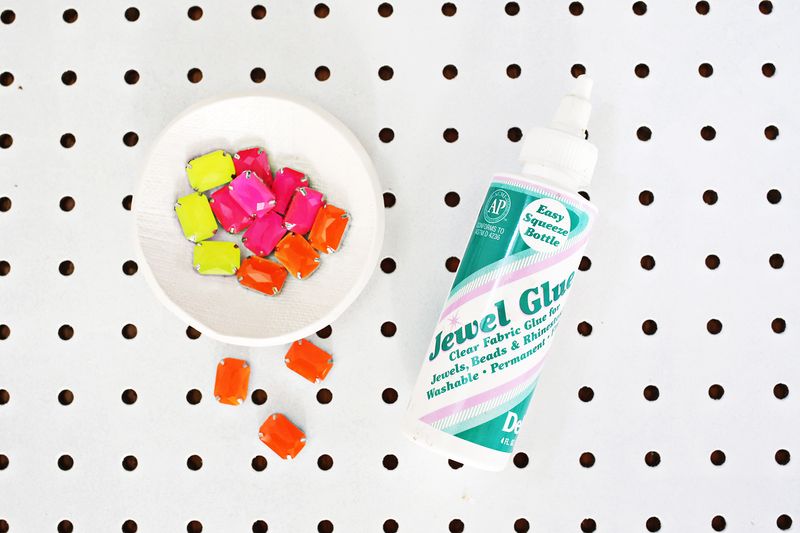 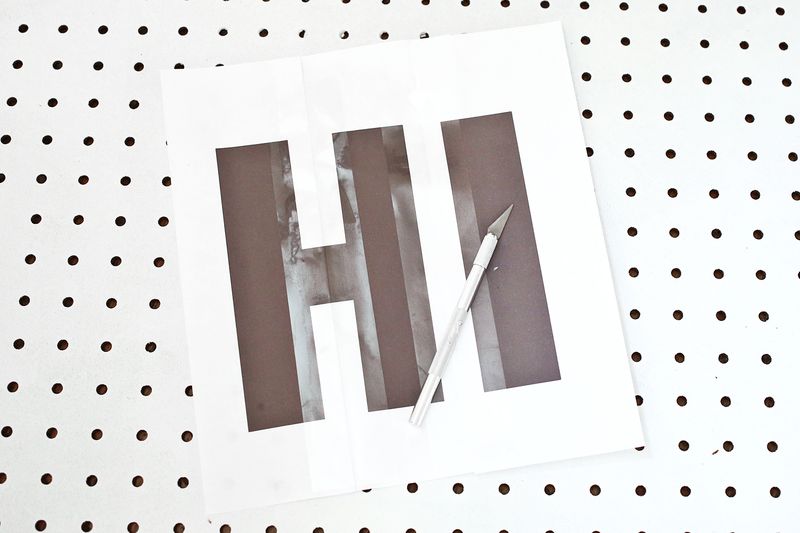 I first laid out my gemstones to see how many rows wide and deep I wanted each letter to be. I figured out that 9 gems tall and 3 gems across was a good height and width for the lines of the letters.

So, I printed out a font that would match that height and width (I used Function Pro Bold). The “H” was a little too wide for me, so I made a small fold in the middle of the letter to bring the two sides closer together. 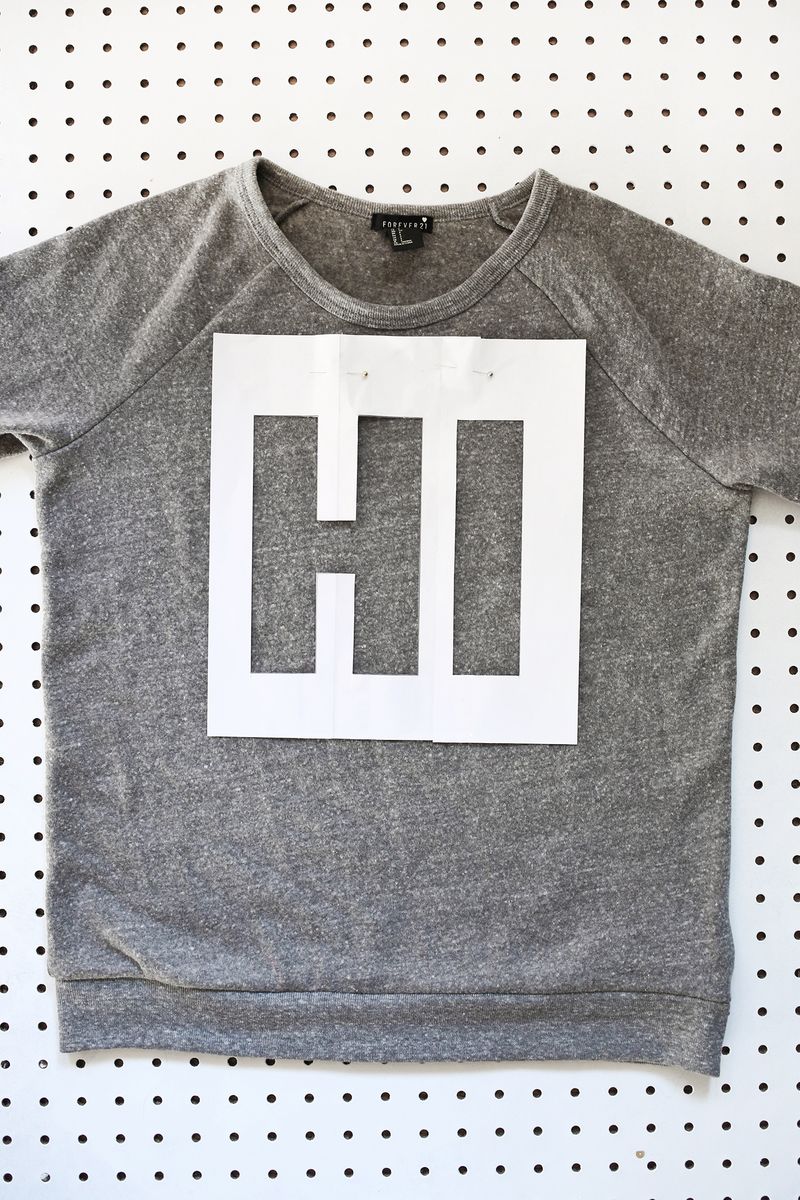 I would choose a fabric top that’s a little thicker like a sweatshirt or something else with a small, tight knit if possible. Most gemstones have settings with little prongs that could catch on delicate fabric, so choose something with a little more weight to avoid that happening. 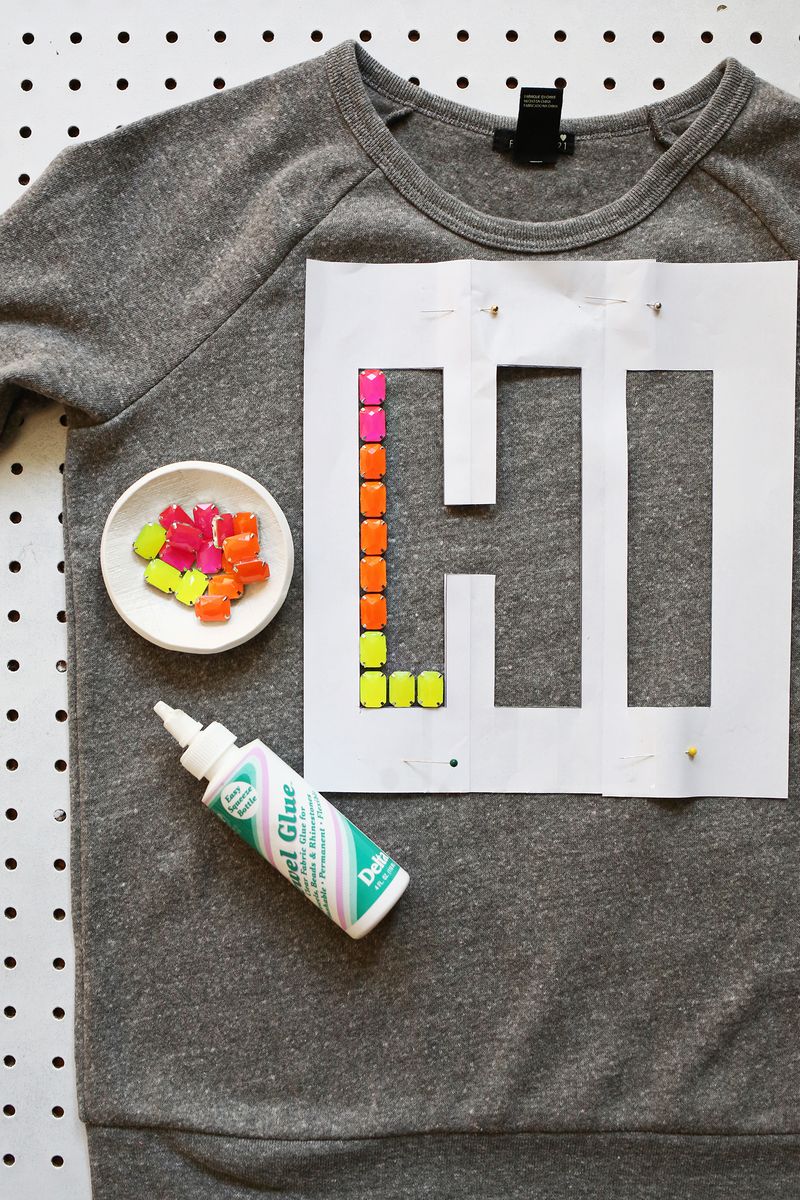 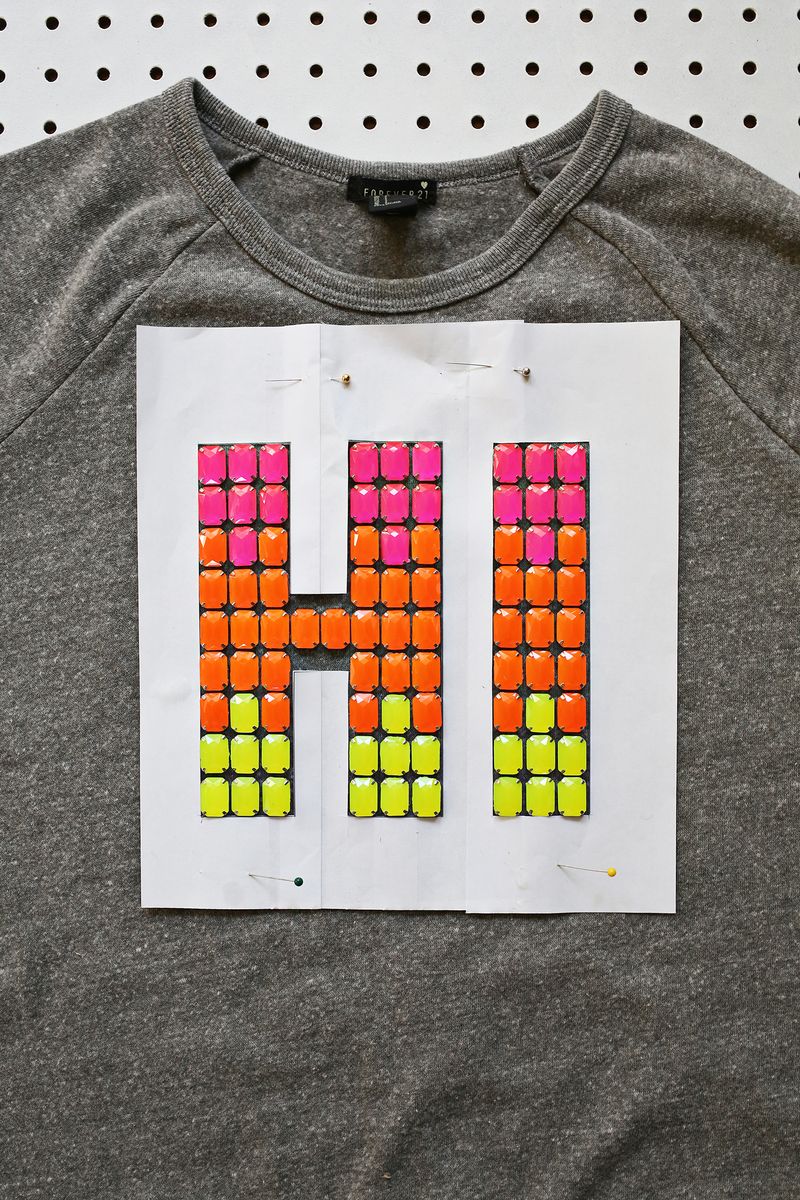 Once the paper form was filled in, I let the glue completely dry, and then used a needle and thread to sew each gemstone onto the sweatshirt as well.

Gluing the gemstones down first makes them much easier to sew later. If you feel confident in your jewel glue, you may not have to do the sewing step, but since I plan on machine washing the sweatshirt in the gentle cycle, I wanted the extra stability of the thread. 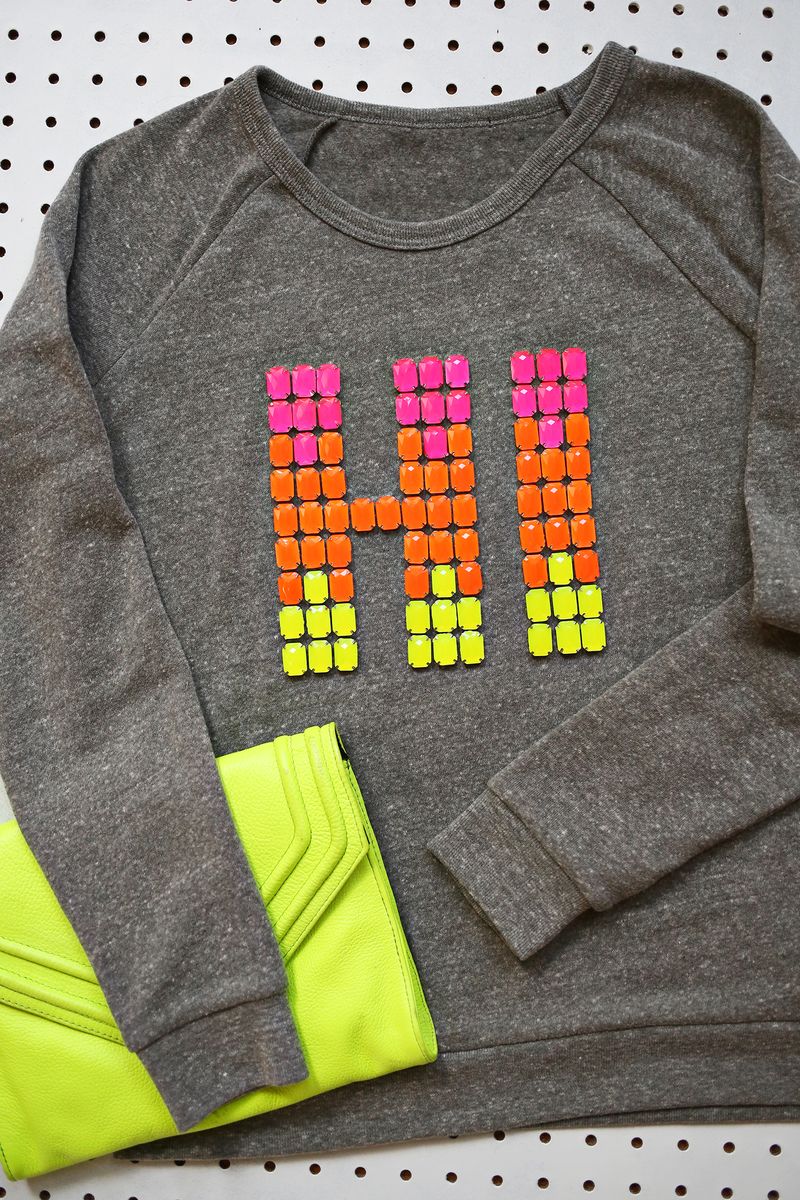 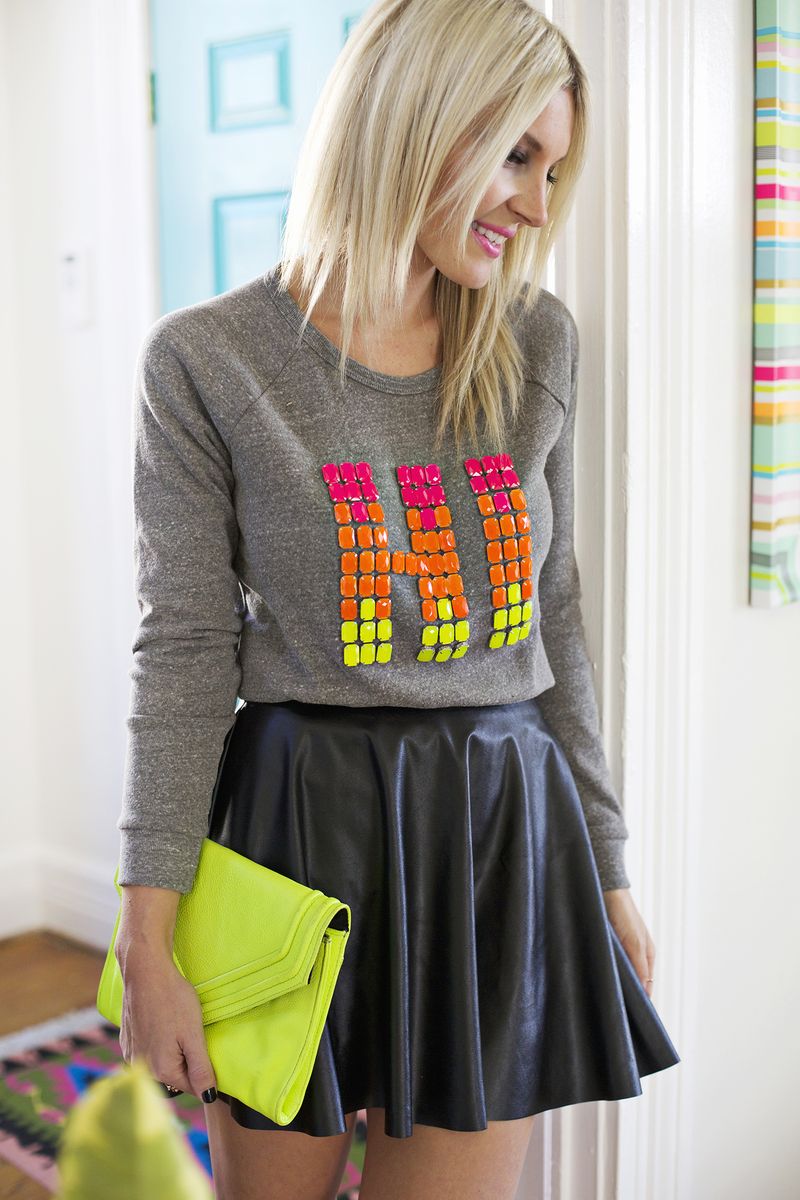 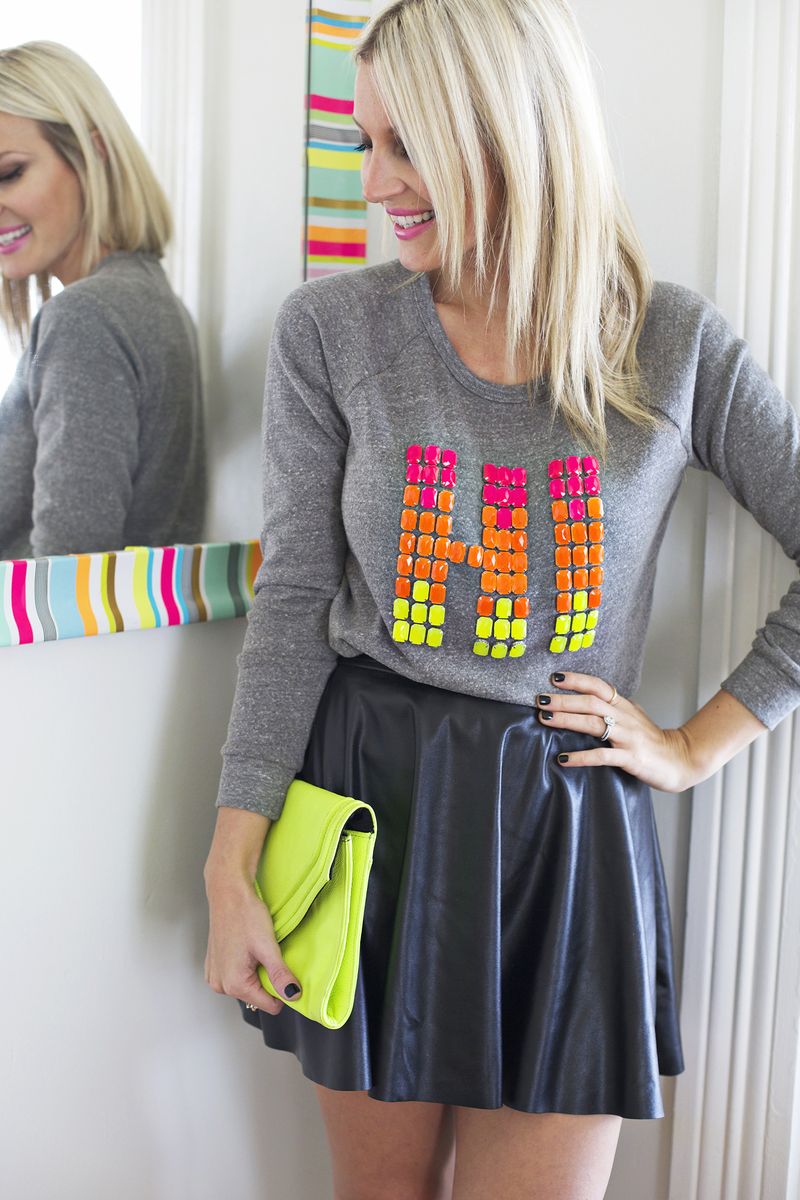 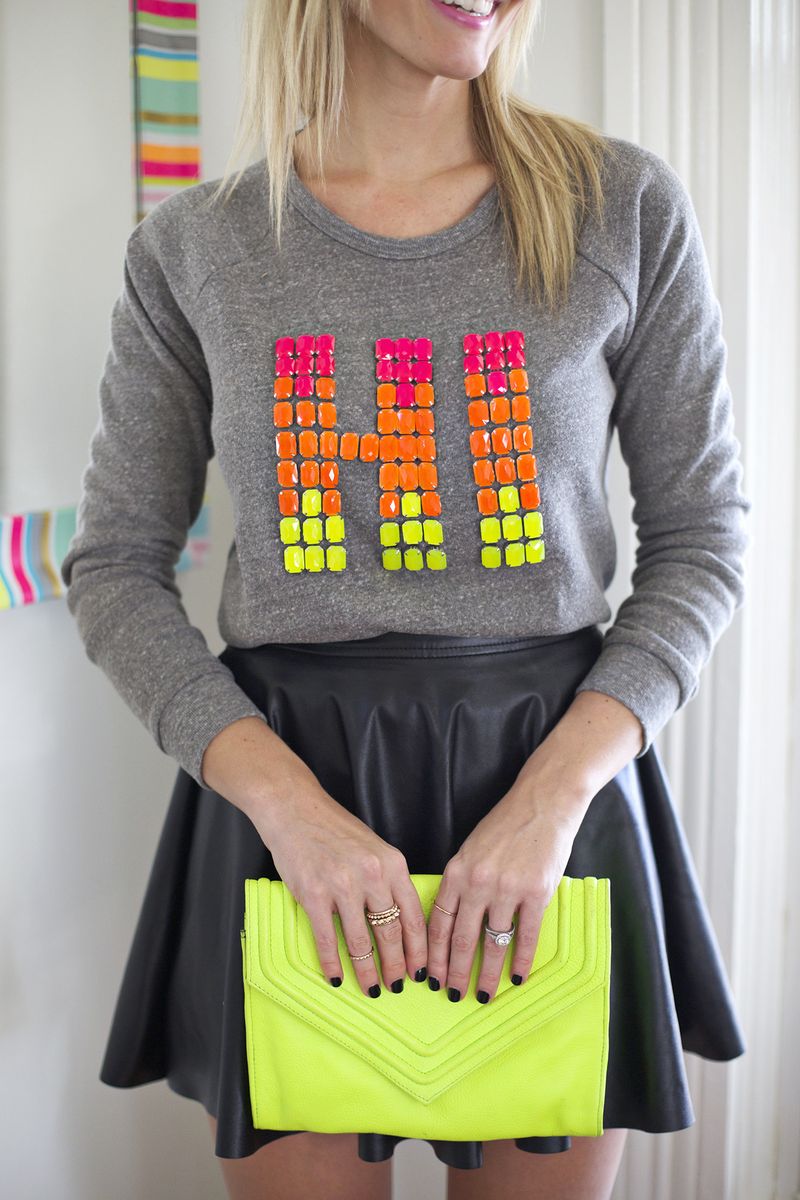 So fun, right?! I think this idea would also be great with one big monogram letter (like just a “G” for my last name) or other characters like a hashtag, ampersand, exclamation point, or even a heart!

I think it looks so cute with a skirt, but I’ve also been wearing it with just jeans and a pom-pom hat, so it’s pretty versatile. This top makes a big statement for how easy it is to complete. What would you put on yours? xo. Laura