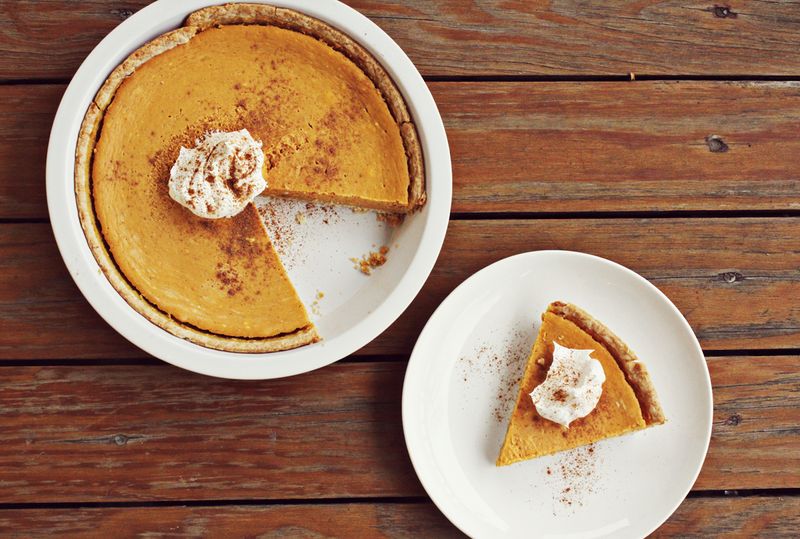 Pumpkin pie is an absolute staple at our Thanksgiving meals. Since I was preparing a big meal for our Friendsgiving feast, I kept it simple with two desserts that I could make the day before. I have been given the task of bringing pumpkin pie to Trey’s family Thanksgiving this year, and I plan to use this recipe. But instead of one standard sized pie I plan to make a bunch of mini pies. Just to change things up. I might be making one of the most traditional dishes, but by george I’ve got to impress. Gotta add some flare to my pumpkin pie. Here’s a few other ideas I had:

-Pumpkin Pie Cheesecake. I bet this could be good. It’s not really a pie though.

-Adding crushed candied ginger to the crusts. Sounds fancy. It better be anyway, do you know how much candied ginger costs? (It scares me. But I’m cheap. But seriously it’s expensive. But what do I know?)

-Somehow adding a thin layer of alcohol to the top of the pie and serving it set on fire. One part traditional dessert + one part circus act = worst (awesomest?) pumpkin pie. Ever.

I wasn’t really considering that last idea. Unless you think it sounds cool, then I totally was. Also if you ever see anyone serve a pumpkin pie on fire please note that you heard it here first. 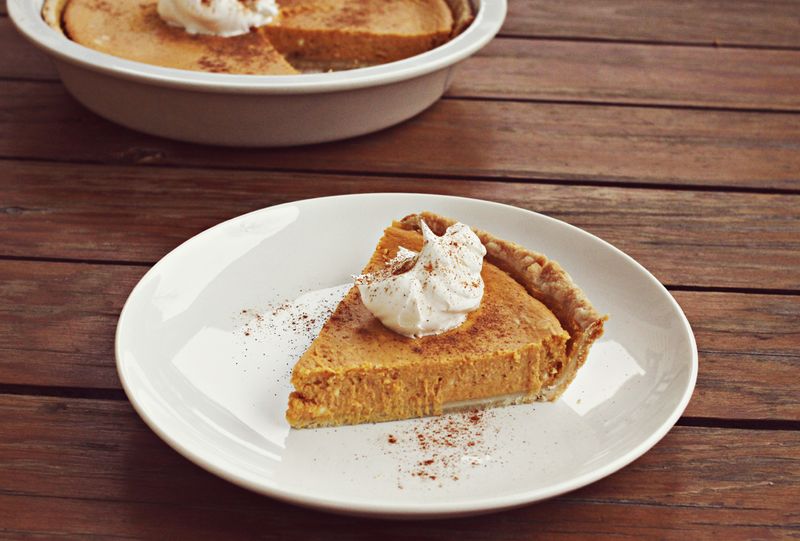 I used this recipe but I switched out the cream cheese for mascarpone. And I use half brown sugar and half regular granulated sugar (instead of all granulated) to add more flavor. Try it, you’ll love it. And if you make your own whipped cream, try adding a few teaspoons bourbon. Don’t tell anyone, just do it real sneaky like. It’s good. xo. Emma