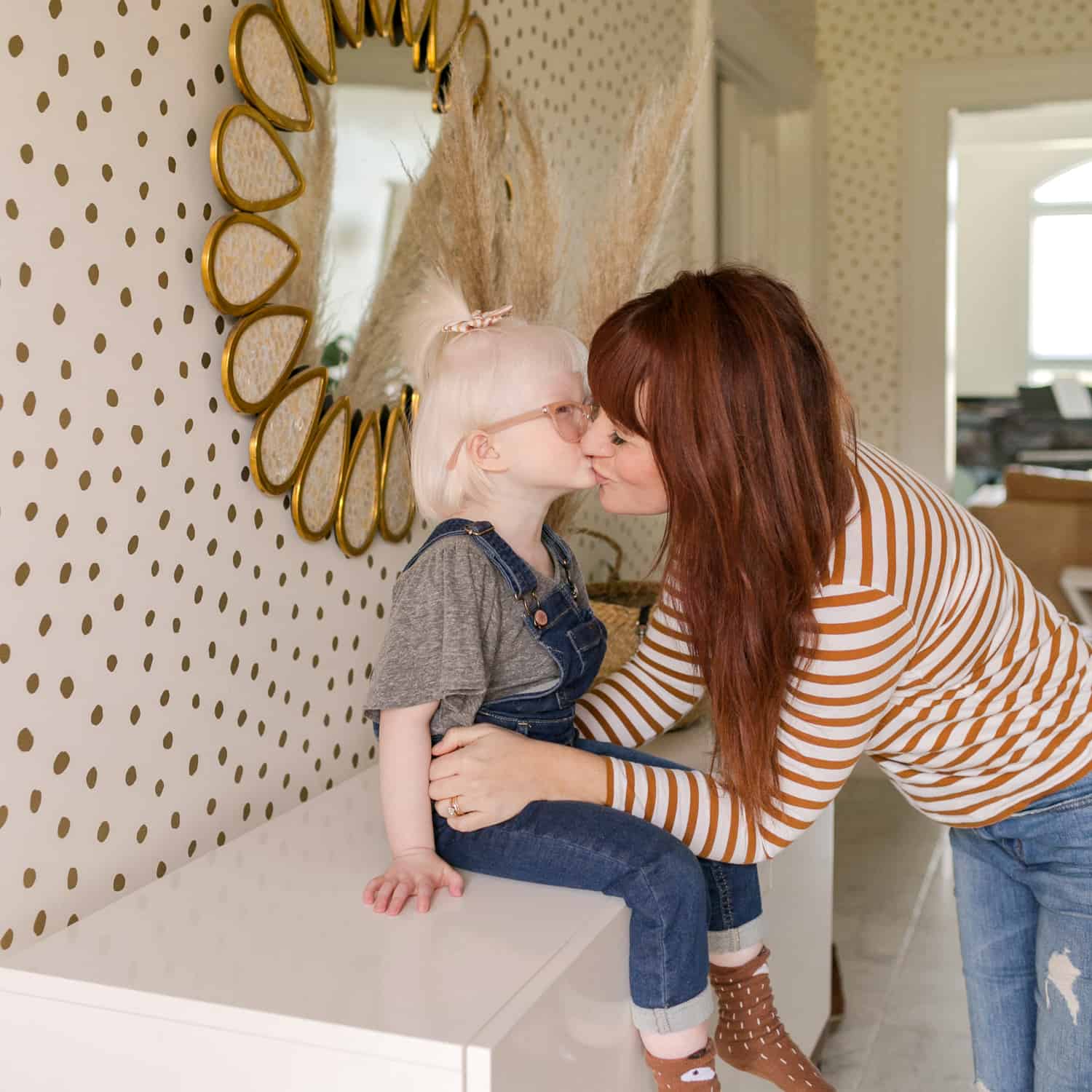 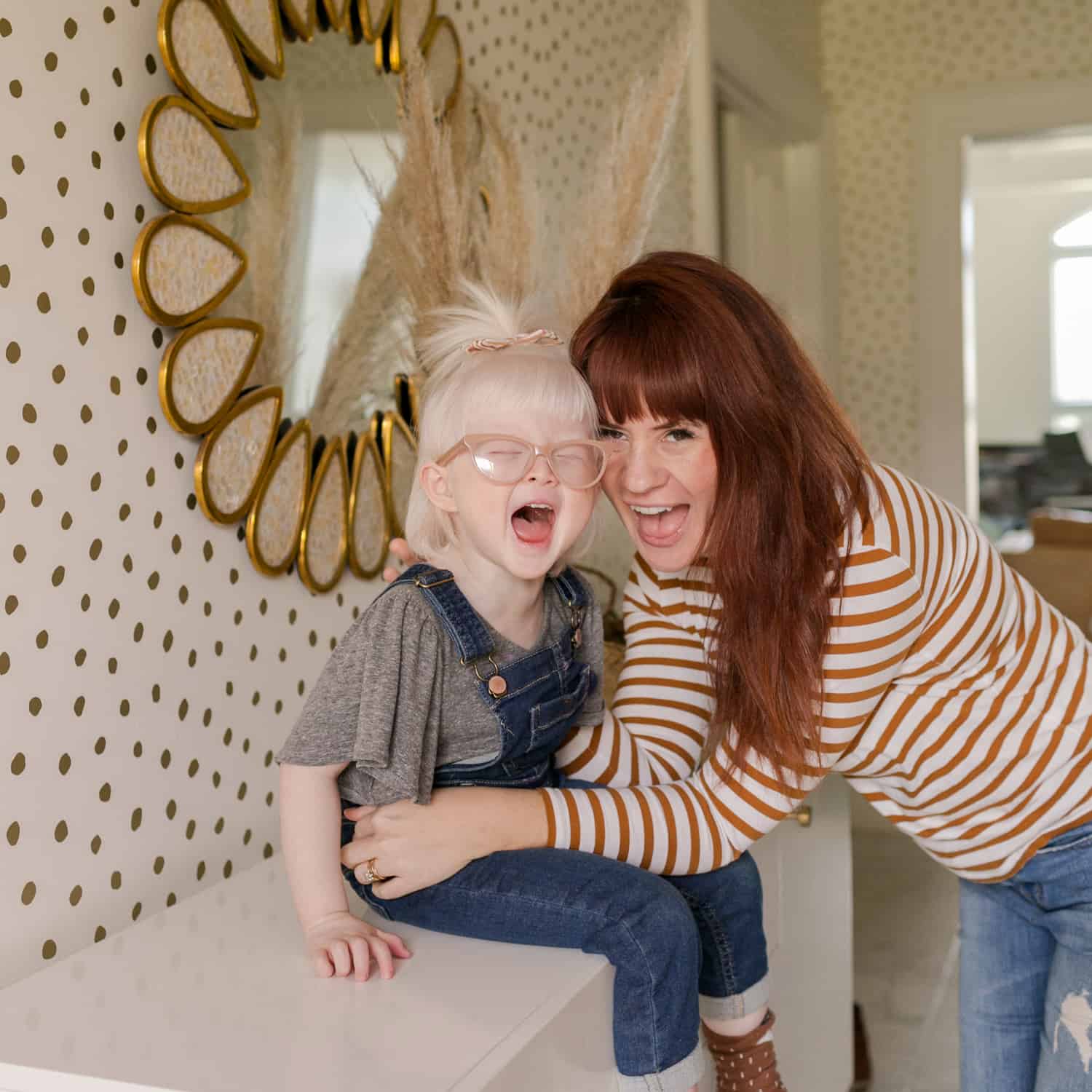 I spent a long time trying to decide what my biggest mistake was as a new mom. I’ve made plenty, but I’m not one to dwell on mistakes. I’m more of the “change course and never think about it again” type, which overall has come in handy as a new mom. It’s pretty useful to be able to correct and move on quickly because there are so many plans and strategies that you’re trying to pull off, and they require constant reevaluation.

I didn’t think I struggled with much mom guilt, at least not in the way I’ve heard others describe it.

But when I really zoomed out and thought about where negativity, guilt, shame and stress were coming from in my life, I realized I had a story I needed and wanted to tell.

My biggest mistake in my first year of being a mom was expecting myself to be all the best parts of who I am (or who I’ve been in the past), PLUS be an amazing mom on top of that. I didn’t make room to let some things go. In other words, I thought I could do it all. And anytime I realized I wasn’t living up to those impossible standards, I felt stress or shame.

In hindsight, I can see that everything has a season, but it’s not possible to be all those things at once. Have you ever heard the quote, “Nobody gets to have it all at once?” That so accurately describes my struggles in this season of my life.

In my first year of being a mom, I do think I was a great mom, which is a huge win and I’m so grateful to be able to honestly feel like I did a good job at something so scary and so new.

But I was also juggling guilt for not being my healthiest self, pressure to be more social (even though I straight up did not want to be social for a long time, I still let myself feel bad about it constantly). I felt that I had one of my better years in business as far as productivity, but even though I created a schedule where I could take off early when I needed and wanted to (I begin work an hour earlier than I used to and I almost always work through my lunch to compensate), I still felt enormous guilt anytime I left work early.

I was experiencing my own version of “mom guilt” for all the things I couldn’t pull off even though the hours in the day, the energy or even the desire to focus on those things was not there.

It took me more than a year to realize it and begin to do something about it.

Once I realized that I was living with a weight that I could simply let go of, I began to take steps toward letting go. I practiced being more honest when my friends invited me for happy hour or weekend lunch. I realized my friends were very accepting of my limited schedule if I just explained it to them rather than putting off meeting up over and over.

I worked at becoming more honest in my emails. I get a lot of requests to collaborate—many of them totally outside of the scope of what I do for business. During this season in my life, there’s just is not time for side projects like this, and as I began to be more honest about it, I realized that most people understood and supported my reasons for saying no.

As far as being healthy, I did make some changes I really wanted to make. But I also let a lot of my self-given pressures go. It was a combination of changing my goals (basically lowering my bar) and being more consistent that helped me get to a place where I am happy with my health. Most importantly, I know I am trying and that I have nothing to feel ashamed of.

A huge moment of clarity for me was realizing that my evenings (after Nova is in bed) are my ONLY alone time with my husband most weeks. Once I realized that, I didn’t feel so bad about protecting them. They are our special time.

I feel the same way about weekends. Weekends are our family time, where the three of us get to go out and do fun things or stay home—whichever we’re in the mood for. It’s the time we get to spend a lot of quality time, just the three of us. So if someone invites me to a party or event (where my family isn’t invited) on the weekend, I probably won’t go, and I now realize I don’t need to feel bad for that. It just does not work with my current schedule and this season of life won’t last forever. It’s just a season!

Going into our second adoption, I feel ready to be more proactive. I already started to say “no” more because I know that I need to protect those little bits of flexibility that I have during the new baby months. I’m ready to be more logical when I start to feel random guilty feelings this time around. I’m also ready to give myself a pep talk in those tough moments.

The biggest change this time around is that I see more clearly that this season is short, and that it isn’t permanent. Anything I feel like I’m missing out or feel guilt for not doing I’ll be able to do again someday soon. But these temporary sacrifices are necessary for my sanity, for my marriage and for our kiddos.

I feel really resolved to be a guilt-free mom. I wish all moms could let go of the guilt that is weighing them down. Let’s keep spreading this message and encouraging new moms that they can’t and don’t need to be their personal best at everything, all at once. Some things can be saved for later, some things can be let go forever. Being a mom is hard work. So let’s encourage each other to let go of some of that weight, stress and guilt and make room for self-care, whatever that looks like for you in your season.

Note: This post is pre-scheduled. I am currently on my maternity leave with baby Marigold (!!!!!!!), so if I don’t respond to your comment, don’t worry, someone else on our team will. I am so grateful for the opportunity to take a little time to bond with our new baby. But I left a bunch of posts in the drafts for you to enjoy while I’m away. See you on the other side! xx
PinFacebookTweetEmail