My Experience with Vascular Laser Treatment 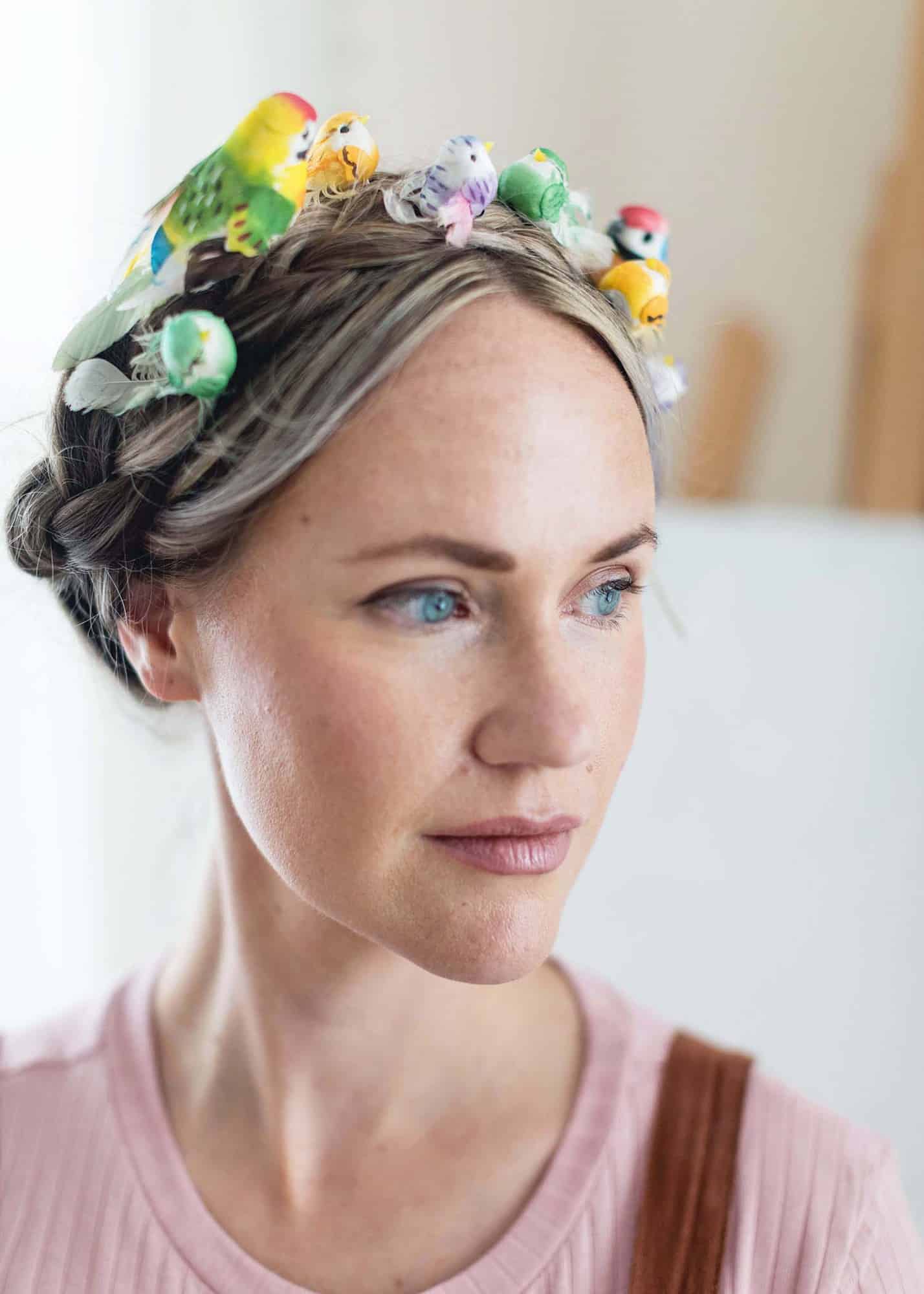 This is a bit random, but I thought I’d share my recent experience with getting a vascular laser treatment. I’m really happy with the results and it was actually less painful and more affordable than I realized, so just thought I’d share in case it’s helpful to anyone. 🙂

I mentioned this on Instagram, but I got a few broken blood vessels on my face and neck while I was pregnant. A couple of them were basically smack in the middle of my forehead. While I am so, so grateful I was able to get pregnant, these new little spots were not my favorite side effect that stuck with me even after my son was born. So, I decided to do some research and see what, if anything, I could do about them. 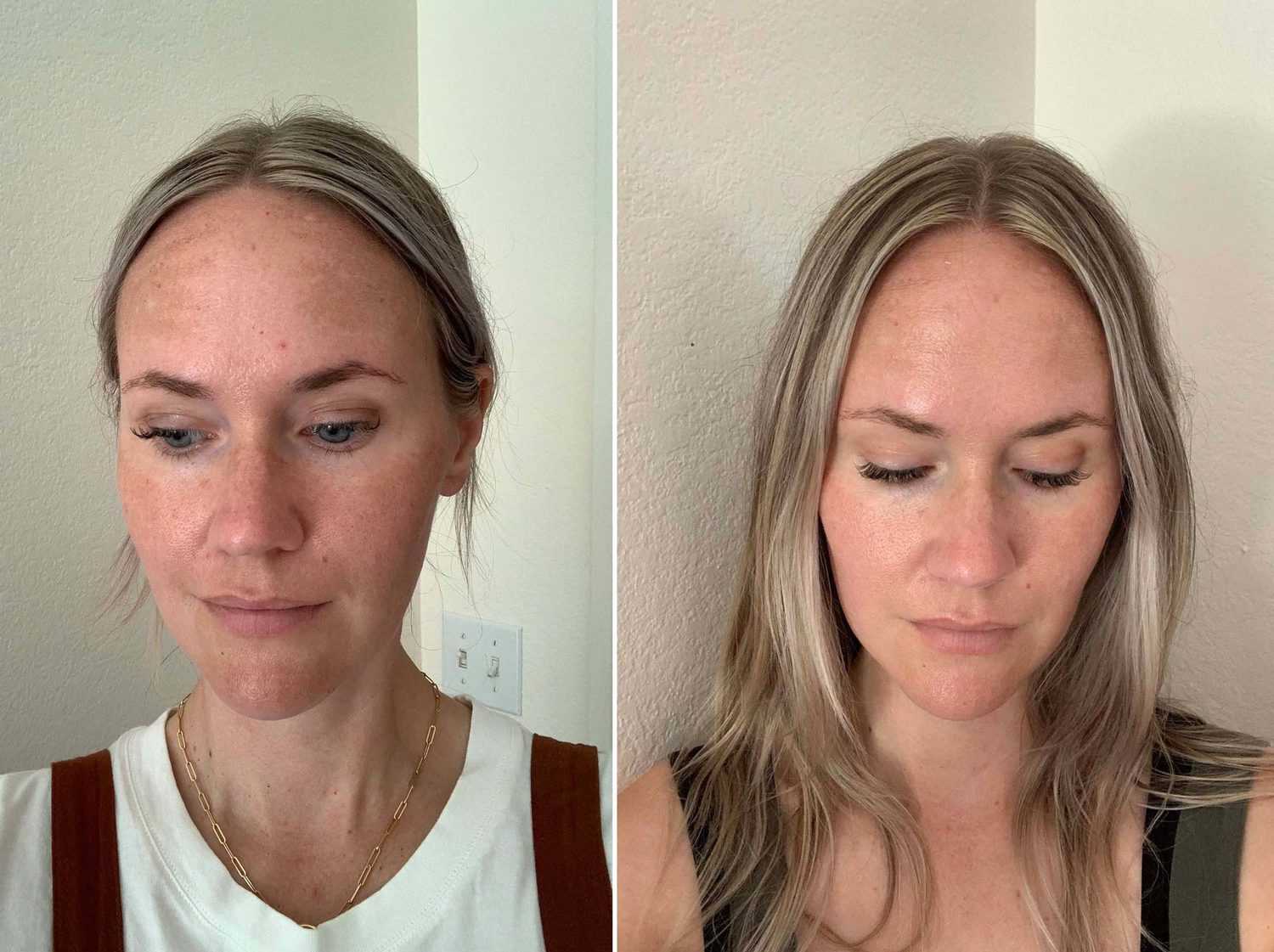 Here is a before and after photo from my experience. See the little red dots on my forehead, between my eyebrows? Those were the spots that annoyed me the most. I also had a few around the bridge of my nose and near my collarbone. These broken blood vessels showed up sometime around the end of my first trimester. As I was researching solutions, I found that a vascular laser treatment was something I could try. For me, this was available through a dermatologist’s office, and a registered nurse was able to administer the treatment. It does not require any numbing agents and only takes a few minutes. I won’t lie, it does hurt. It feels like a needle going into your skin (it’s not, it’s a laser). But it’s super quick and way less painful than any of my tattoos.

Vascular laser treatments can also work for cherry angiomas (cherry moles). I have a lot of those, and so at the same appointment I had a few of the most prominent ones removed as well. 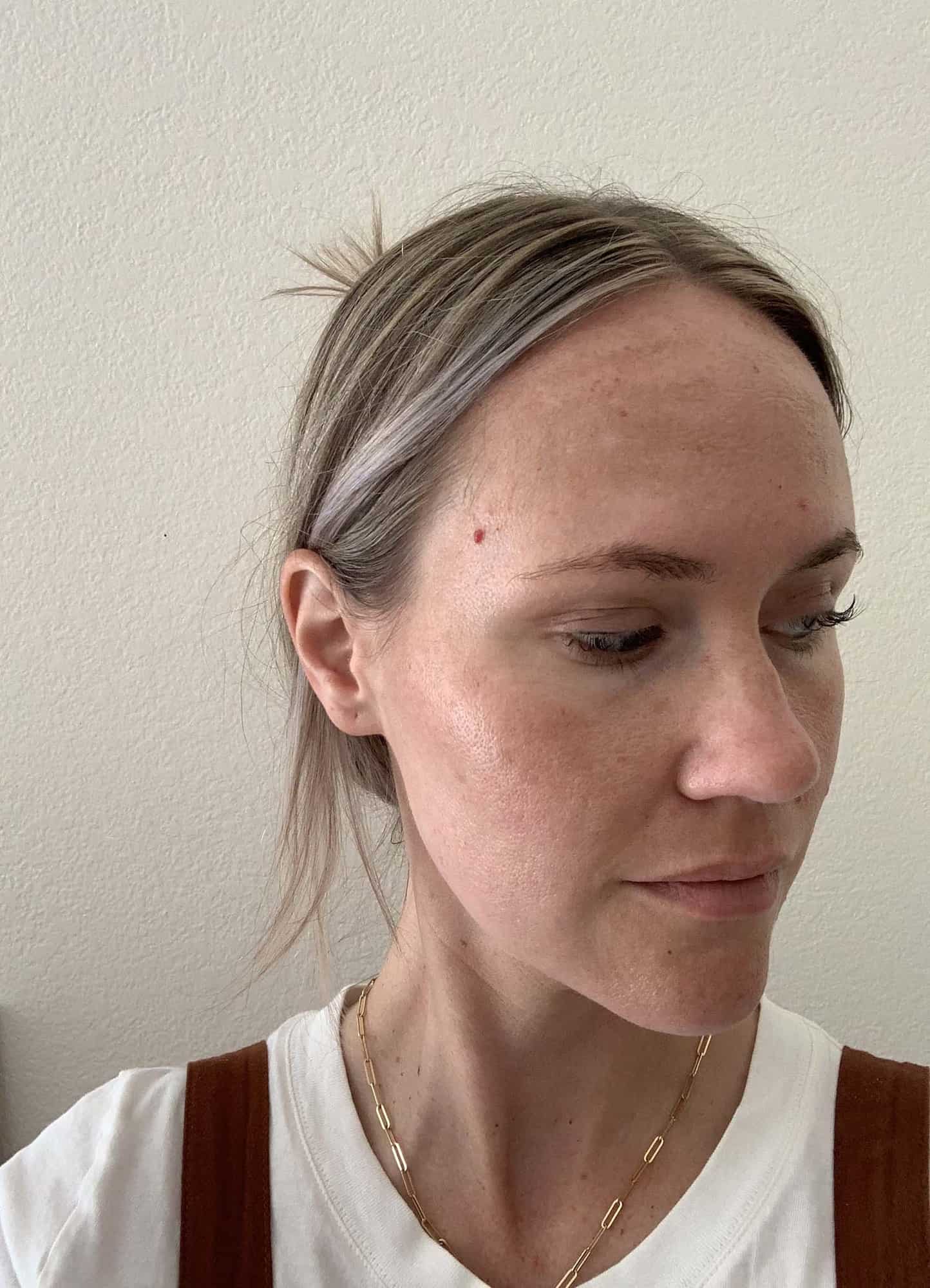 Here’s another before photo where you can see the largest cherry mole I had treated (on the side of my face between my eyebrow and hairline).

This is probably obvious, but except for the first photo in this post, all these photos are unedited and I have no makeup on. You can see I also have melasma, which had gotten darker during my pregnancy. 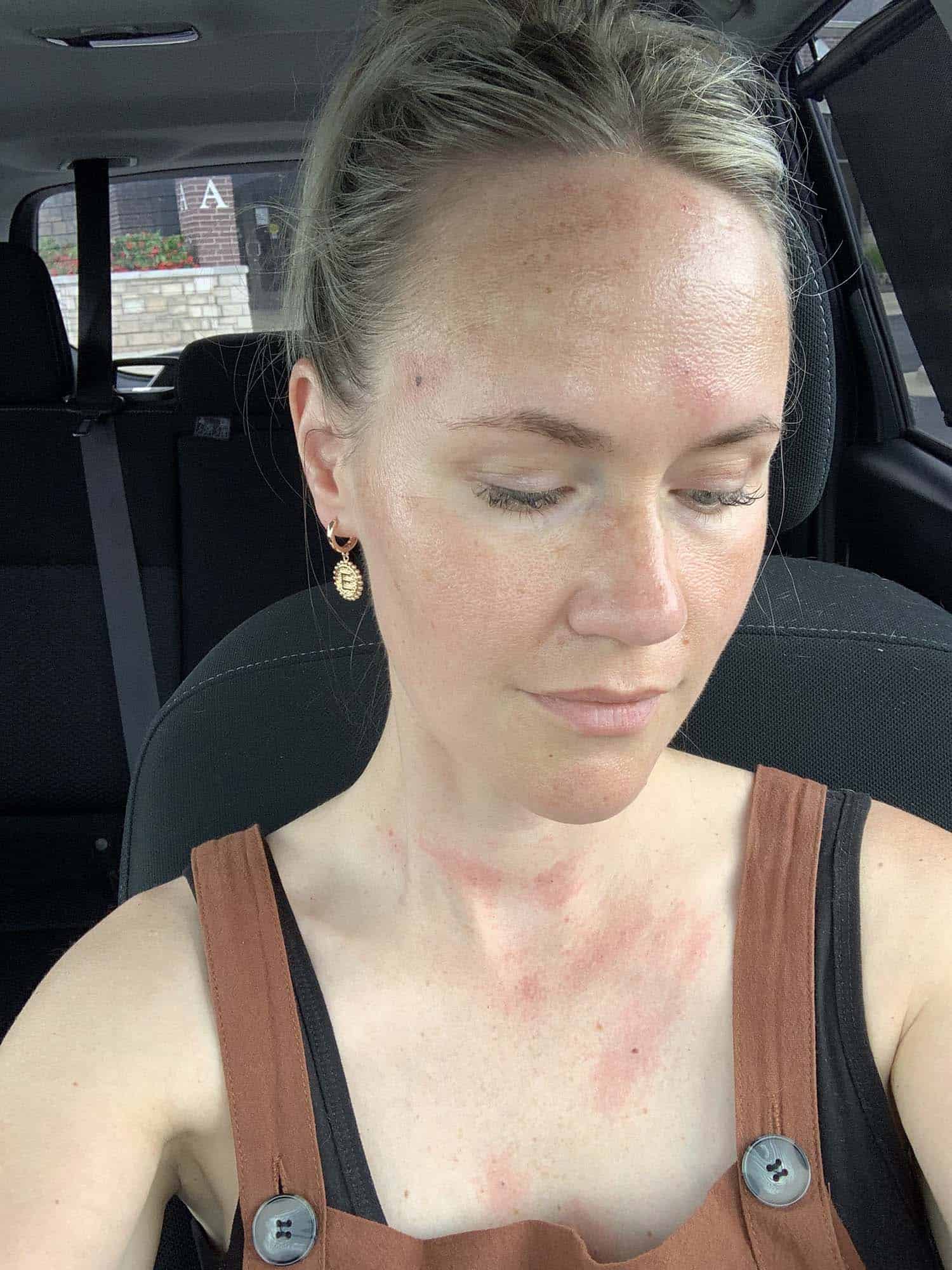 Here is what my skin looked like immediately after the laser treatment. All the red splotchy spots are areas where I had a broken blood vessel or cherry moles treated. 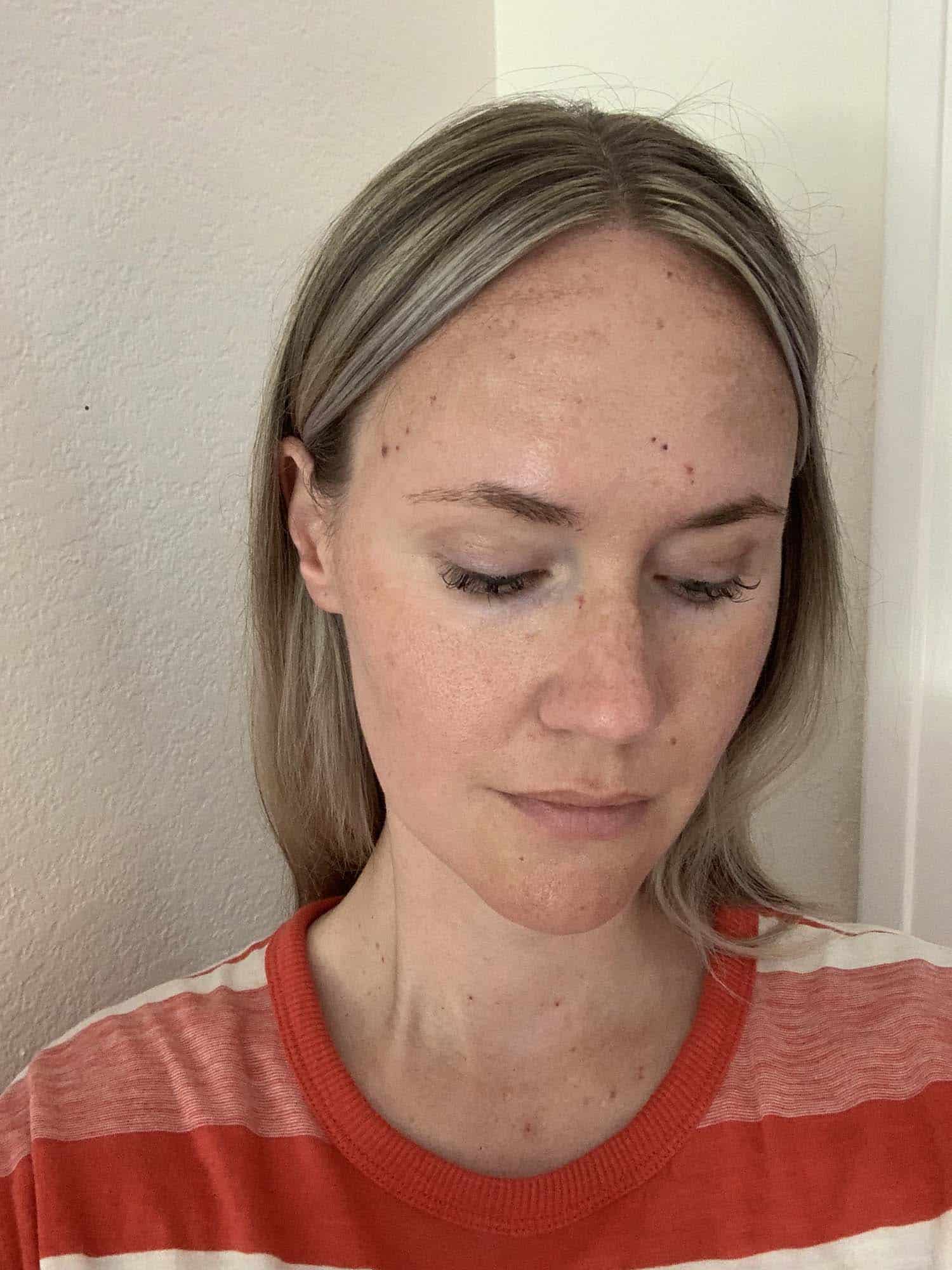 And here is what it looked like the next day. The areas that were treated turn darker at first, and the cherry moles turn almost black and then fall off within a week or two. I wear sunscreen everyday already (I’m very fair skinned and burn easily), but I was cautioned by the nurse to be extra careful for the following few weeks after the treatment to always wear sunscreen and hats because the sensitive skin could scar/discolor more easily from the sun while it was healing. 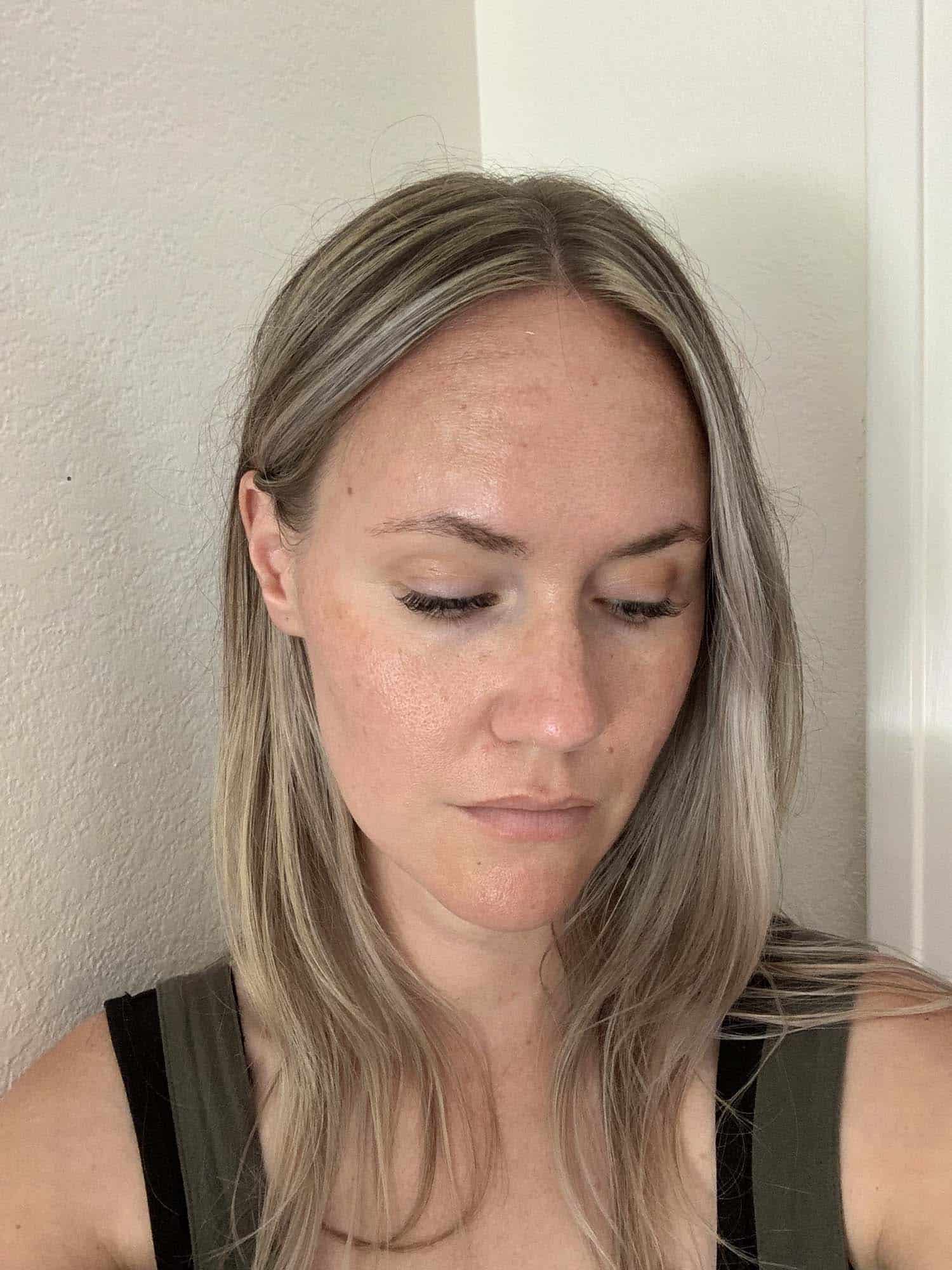 And here is what my skin looked like two weeks after the treatment. As you can see, the large cherry mole on the side of my face is still somewhat visible. After my first treatment, they already had scheduled a follow up for four weeks later to see if any of the spots would need a second treatment, and it looks like this is one spot that probably will. But pretty much everything else was good after just one treatment—especially the middle-of-my-forehead broken vessels.

I went to Ozarks Dematology Specialists (in Springfield, Missouri) for this vascular laser treatment. It only took about 15 minutes and cost $150. The price will vary based on how many spots/how much time you need. And it would likely vary based on where you live. But I just wanted to share what it was for me, for reference. This was not something my insurance would cover, as it was cosmetic in nature rather than going to the dermatologist to be checked for skin cancer (which is also a very important thing to do).

Thanks for letting me share this very random experience with you all. I love skin care stuff. I am constantly trying new moisturizers, masks, facials, and other things. I also love trying new makeup. I view it all as super fun and for me, self care. xo. Emma

thank you so much for sharing this. I had my daughter around the same time you had Oscar and my skin definitely has a few weird spots after. you’ve inspired me to book a derm appt and to see what my options are!

Thank you, thank you for this post!! I have lived with my red spots (one on the tip of my nose) for a long time , and I had no idea they could be lasered off! Went to my dermatologist yesterday and have my appn booked for later this month to get them zapped 🙂 thanks again!!

Emma, I have the cherries and some are larger so I appreciate seeing the results. Please do a follow up when you go back. Did you have any pain or bleeding after in any of the areas? Any other follow-up care that you needed to do at home after the procedures? I have had skin tags removed and a mole but not the cherries. I just may ask my derm more about this. Thanks, Pat S

I just went back late last week (for the second round / follow up to this first). I did not have any bleeding, but the process does hurt so there is some pain. It’s a laser treatment, so it’s very quick. But it does feel like a needle goes into your skin, although I thought it was less painful than a tattoo. I am very happy with the results but everyone is different so def talk to your dermatologist to learn more on your particular situation.

Oh, I’d love to know what you’re using for the melasma! After my pregnancy, I have so many spots and haven’t found something that works very well. Thanks for sharing about your experience!

Wow, I feel like that’s insanely affordable for laser! Absolutely worth it. Did you ask about the laser for melasma? I know it’s an option for that too.

I did! And although vascular laser isn’t really a treatment for melasma you are correct, there are other laser treatments I could try. I may sometime next year, I’m currently trying an at home product I found.

Thanks for sharing! I had similar skin changes during my recent pregnancy and didn’t realize there was anything I could do to help. Will be asking my dermatologist right away!

You mentioned you have melasma. I also have melasma and I’m always on the look out for tips on managing it. Thanks!

OMG, the birds in your hair is too much! I love birds!

This was an amazing post! I have been wondering about the same treatment after having a child and live in Springfield too! Thank you for the info and transparency. These posts are sooo helpful.

The nurses name is Chrissy, and I believe she only does these treatments on Fridays. Just FYI if you plan to make an appointment.

Thanks for this, Emma. I often think the “random” posts are some of the most interesting.