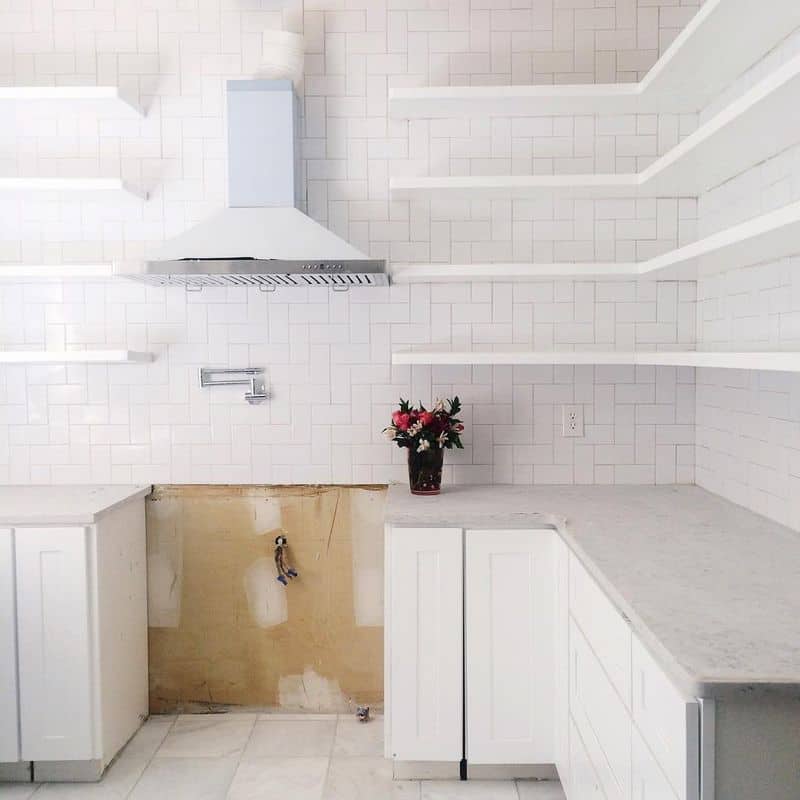 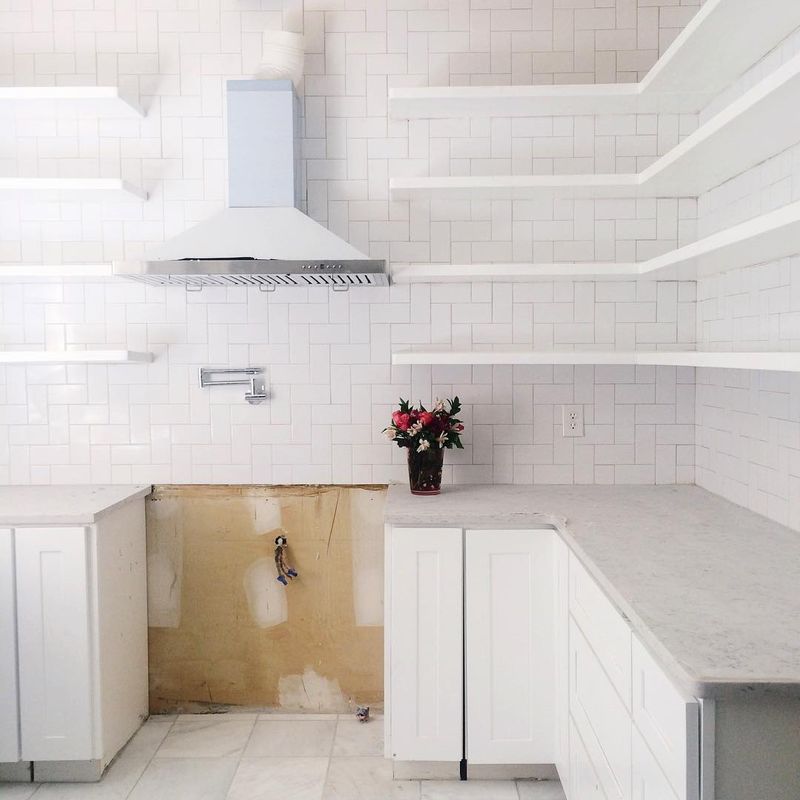 In the spirit of humility, I thought it would be kind of fun to share my top three renovation mistakes with you today. It hasn’t all been gold light fixtures and roses, you guys!

This past year has been super exciting for Jeremy and I. Choosing to move away from our hometown, house shopping in another state and renovating our 1970s ranch beyond recognition… so exciting!

But with it came an enormous amount of stress. We took on a huge project that drained us emotionally, financially, and taught us the true meaning of Christmas. (Haha! We didn’t buy each other Christmas gifts this year because we spent so much $ on our house!) Almost a year in, we’ve learned SO MUCH. A part of me already wants to redo the whole project just to prove I could make smarter choices, but a part of me is also saying, “Nope. You’re living here until you die.”

Anyway! I’m excited to share just a few of our mistakes with you today.

Mistake #1: Taking on too much at once.

Wow, did we ever!

I was so inspired by our ABM office renovation we had done the year before. We had all the painting, tile, and construction work done before we moved in. This meant we never had to work with contractors hammering in the next room over, it wasn’t super dusty, and we were able to settle in and decorate right away. So that was where my head was at when I decided to redo basically every surface in our new home before we moved in.

When we closed on our house, the first thing we did was have the kitchen and all the bathrooms demoed. Soon after that, I realized we were quickly going over budget. Uh-oh! So that meant that as I completed each space (already over budget), I didn’t have ANY room to make upgrades. I think in a way it was good to be forced to keep costs as low as possible, but it wasn’t nearly as enjoyable as it could have been. It was pretty stressful. 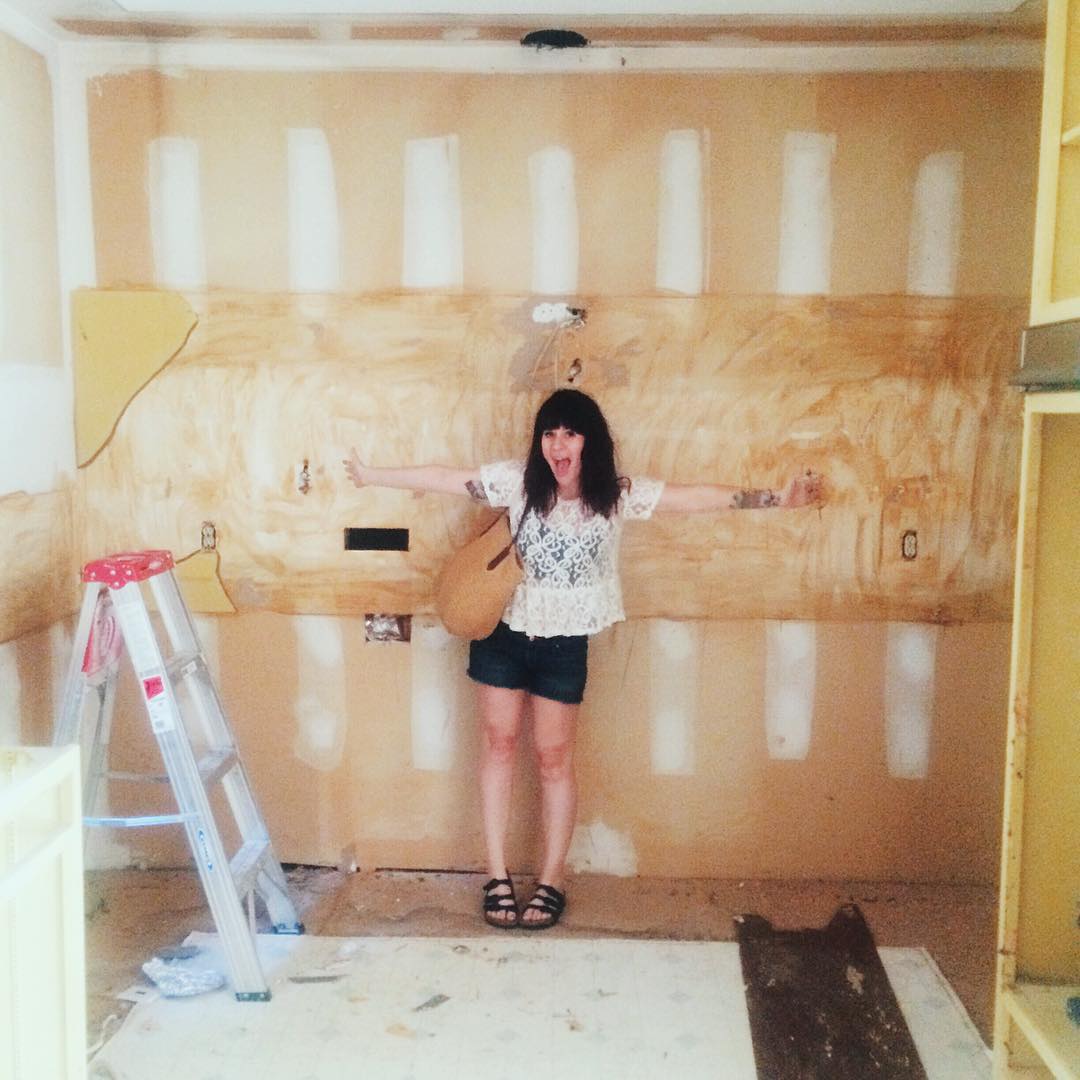 And while I am still excited about all of these rooms, I wish I would have gutted them one at a time. The one advantage we have now is that we never have to move out of our house to get our kitchen re-done. But in hindsight, I kind of feel like that would have been smarter than the way we did it. Even with having to temporarily move out, I think that doing one at a time would have created a much better result AND a better experience for Jeremy and me.

What I will do differently next time: One room at a time. Period.

I was SO naive. I took quotes as an actual price for our budget. But 90% of the time there was a problem halfway through and that often added hundreds or thousands of dollars to the price tag. I didn’t leave a lot of wiggle room in our budget, which is why we went over budget very quickly.

I also learned to be very specific about what is included in a quote. Just because I explain my whole vision in a walk through with a contractor does NOT mean they included all that work in their quote. It’s important to get every detail spelled out, in writing. If not, you’ll end up with a lot of add-ons.

What I will do differently next time: For contractor work, I will always double the quote from now on (MANY of our quotes went that much over!). Because until it’s done, we won’t know for sure if they’ll find mold in the wall, a rotten subfloor or something else that blows up the budget. This also goes back to doing one room at a time – it would have been much easier to manage just one disaster at a time than what we had where they were happening all over the house! Haha!

To save money, we hired all the trades people ourselves and did not have a general contractor. But for three months of the renovation, we were still living in Missouri and having friends drop by weekly to check on the process. Again, so naive. 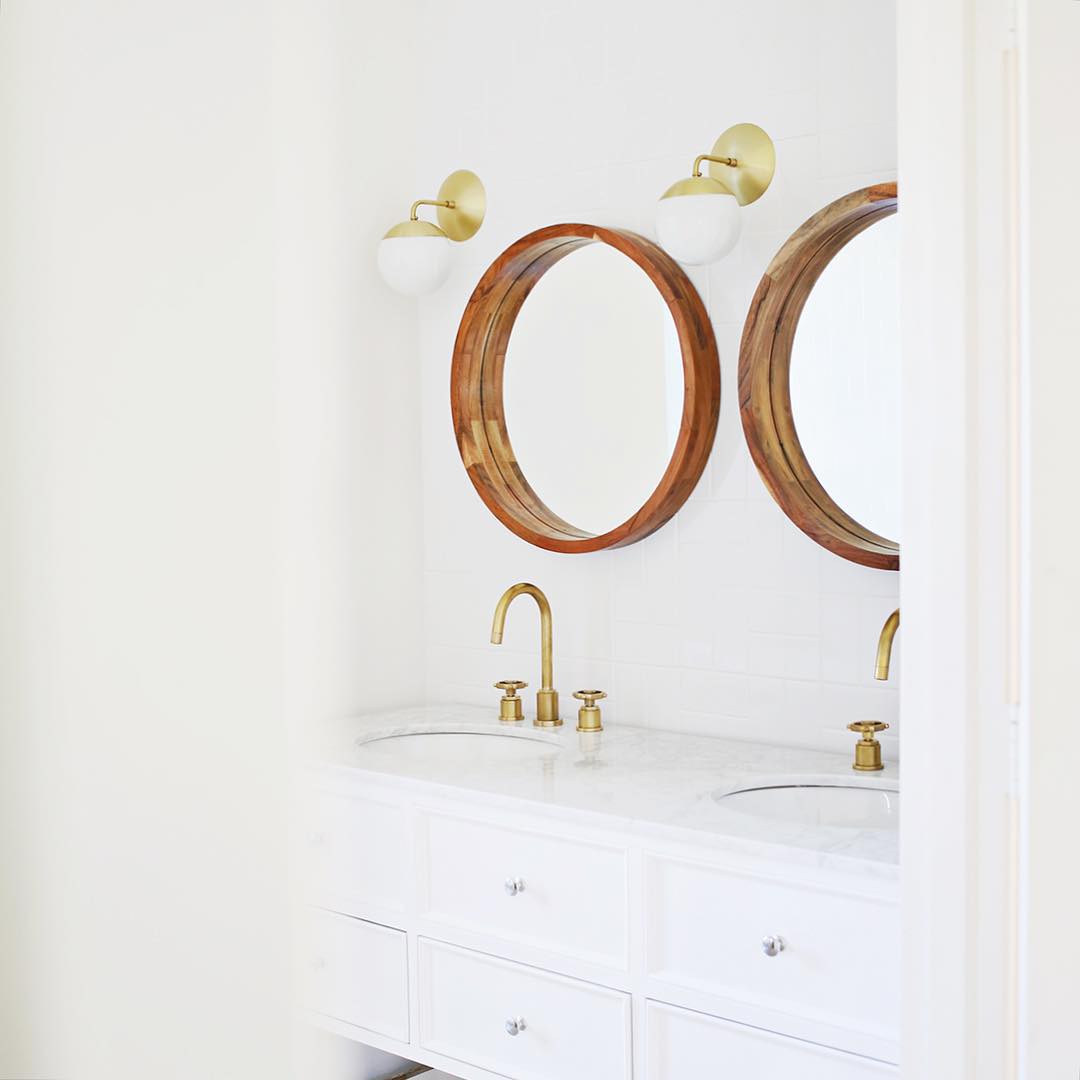 It seemed logical to me that we could hire contractors to do certain jobs, pay them for those jobs, and expect them to be done right and on time. Right??

What I learned is that forgoing a general contractor is a good way to save money, BUT it’s also a lot of work. If you want to do this, you need to be available, basically full-time, to supervise the contractors, making sure they show up (!!), do their work, and answer questions all day, every day.

What I will do differently next time: In short, I would never try to renovate long distance without a (very) trusted general contractor overseeing the project.

Honestly, I don’t know if I would ever do a large project without a general contractor again. It’s just not worth the enormous strain it was on my work and our marriage. I can see now why general contractors make the money they do! It’s a VERY frustrating job to manage a renovation. It takes management skills… hiring, firing, disciplining and managing a timeline with a LOT of working parts and a lot of places where expensive delays or mistakes could happen. 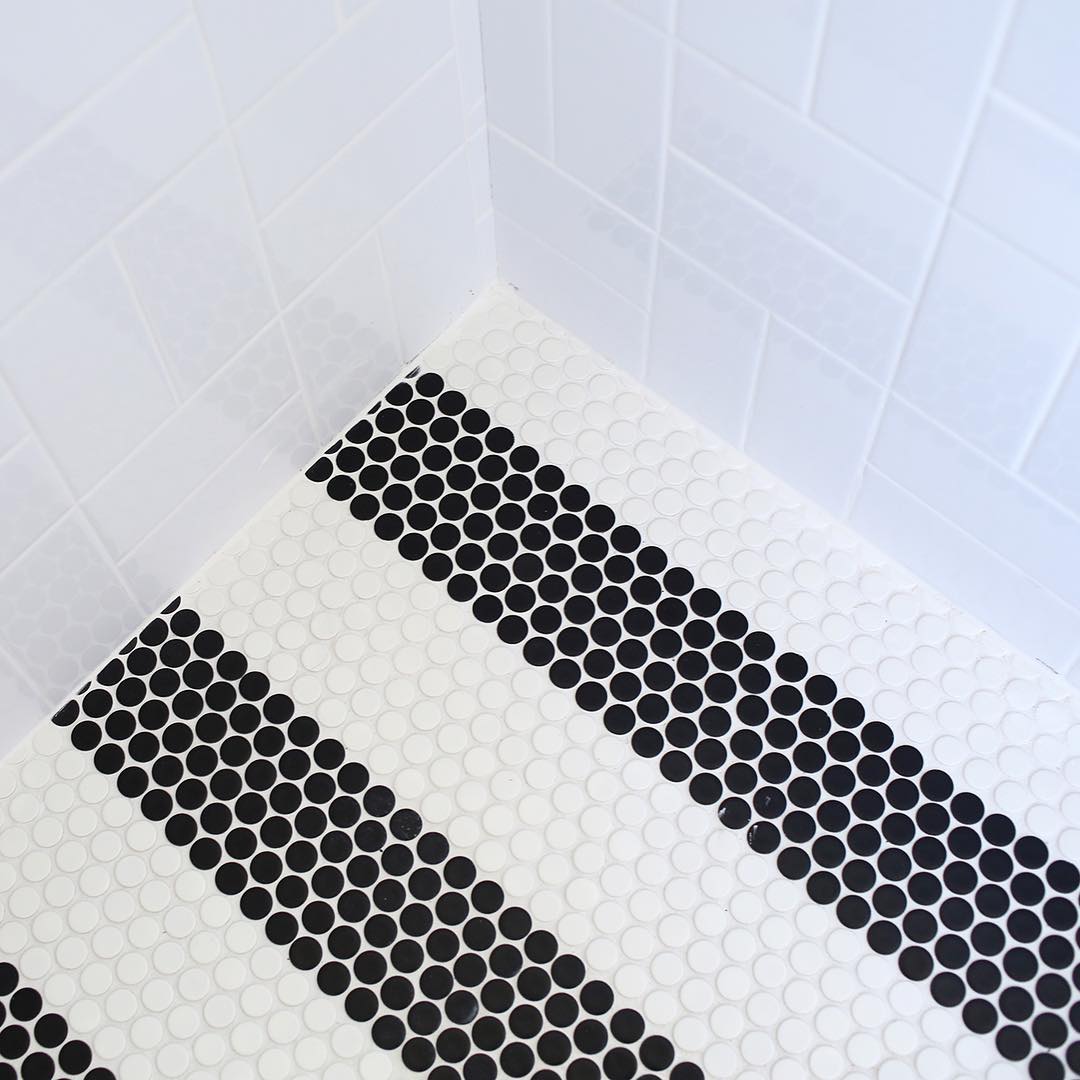 Haha! I hope you enjoyed hearing all about my mistakes!! We learned so many valuable lessons. And you know what? It feels GOOD to admit how much I messed up. Because now that it’s mostly behind us (and we’re still married – haha!), we can mostly look back and laugh at all our mistakes because we know we learned from them and will not repeat them again. 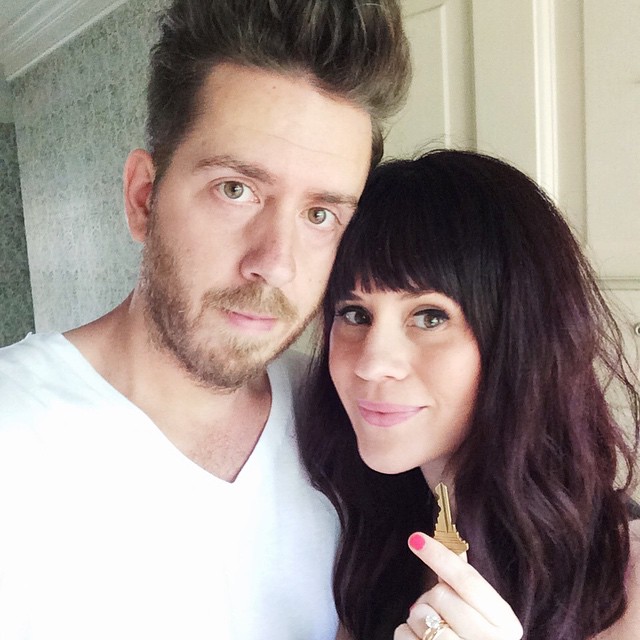 Do you have any crazy renovation stories?? xx- Elsie