Last night was the most magical night… here's the full story! 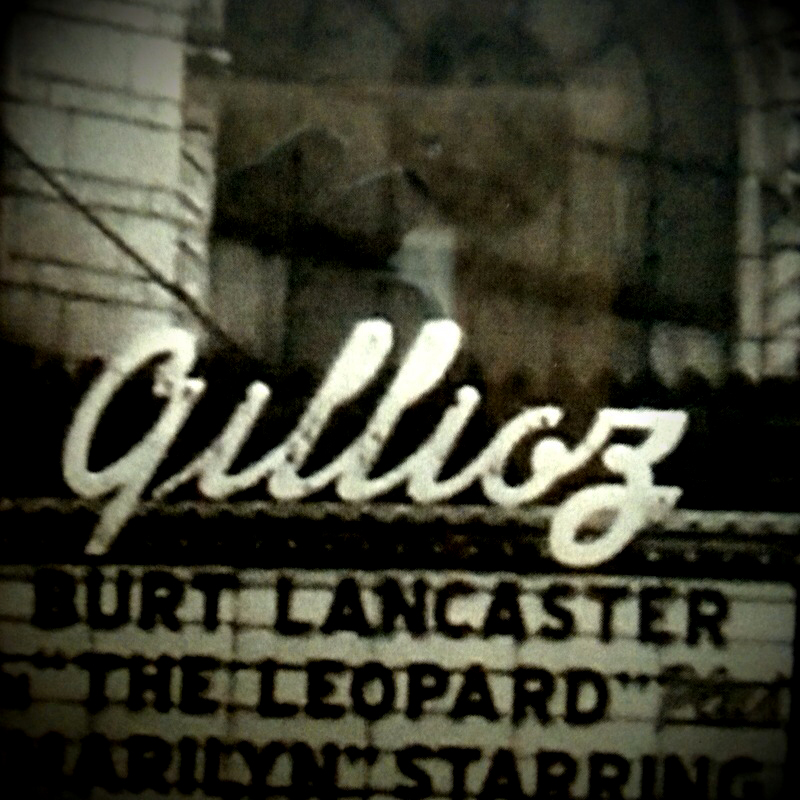 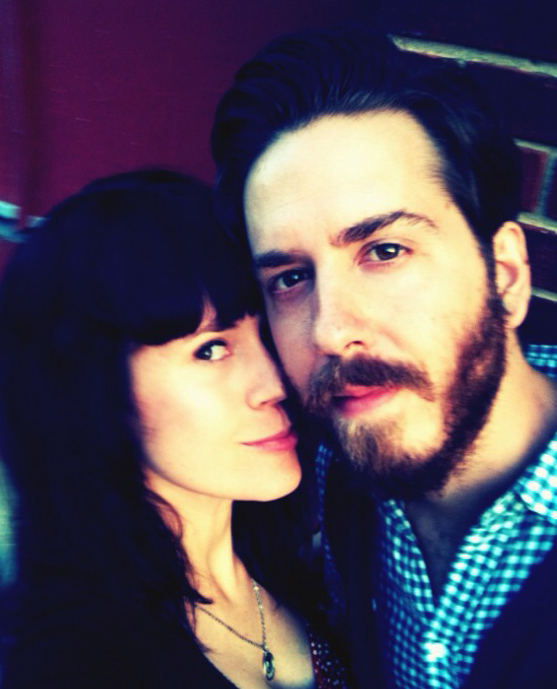 Jeremy had a spot playing at the Gillioz theater last night for a cute local talk show called 'The Mystery Hour'. There were six bands playing, including some of our good pals! Jeremy was going on last so we spent most of the show listening from backstage and chatting with our friends. It was a special night because the first time I ever saw Jeremy perform (before we'd even met!) was at the Gillioz theater. It's a gorgeous historic theater in downtown Springfield. Here's a photo from that night…. 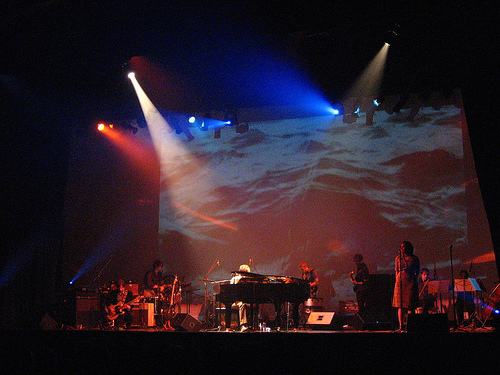 So Jeremy's set came up and he went up to perform. I was sitting backstage behind the curtain to watch him play. I've seen him play lots of times and I've never seen him so nervous before. I guess I should have started to catch on, but I really had no idea what was about to happen! He played 'Where They Sleep', 'Today' and the opening track from his upcoming album.

After that song I knew he was planning to cover a Margot and the Nuclear So and So's song. He asked me to grab his lyrics sheet and water. I was a little embarrassed to walk out in front of the audience and then it happened…. 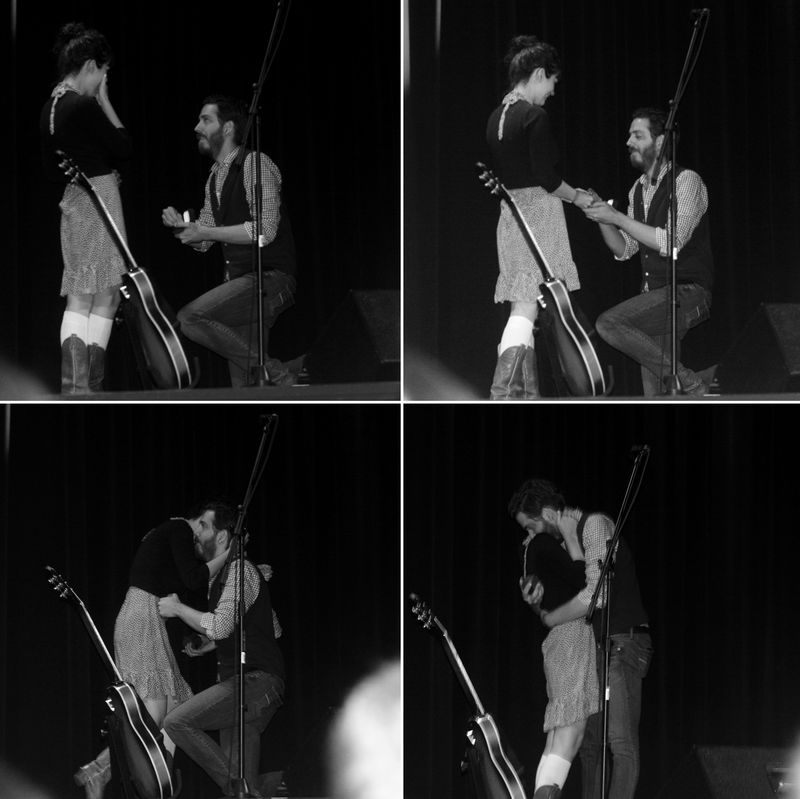 He said I was his best friend and that he wanted to be together and have "adorable crafty little kids together". And then he asked me to marry him!

After that he played "Immovable" the first song he wrote for me when we first met. It was so romantic, surreal and amazing. We were all crying and so happy. Our families were there and it was so special. It was truly the happiest moment.

Later when we were at home he played a new song that he had just written for me about getting engaged and we practiced calling each other fiancé. All evening he kept saying, "We're really going to get married!". Neither of us could stop smiling. 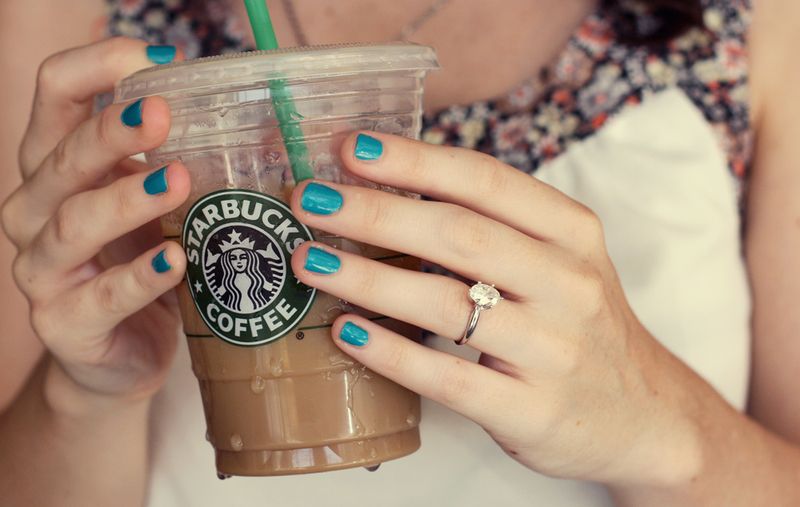 Here's my special ring! It's an oval diamond solitaire… I love it SO much. It was definitely my dream ring. wow…..♥ 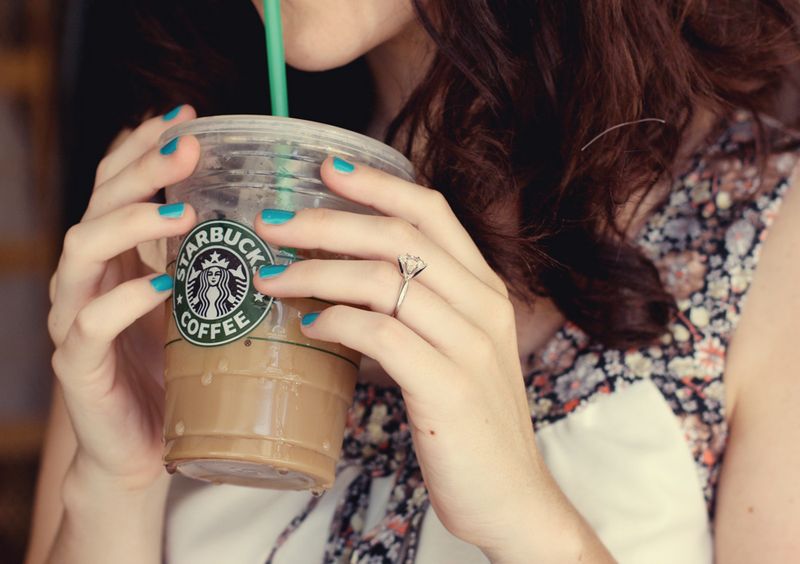 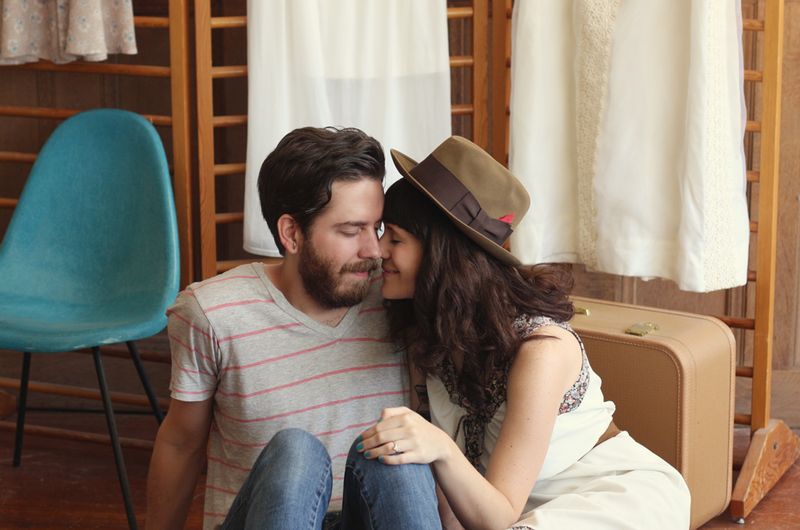 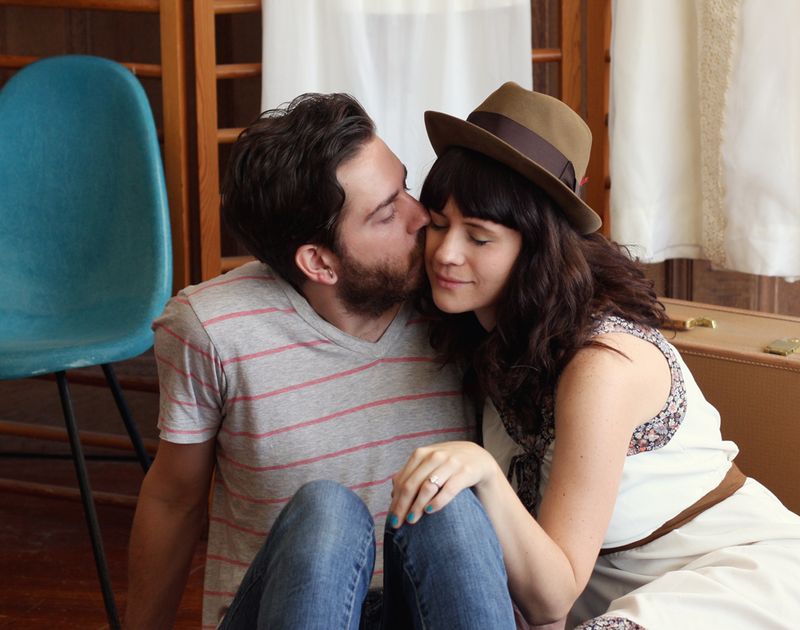 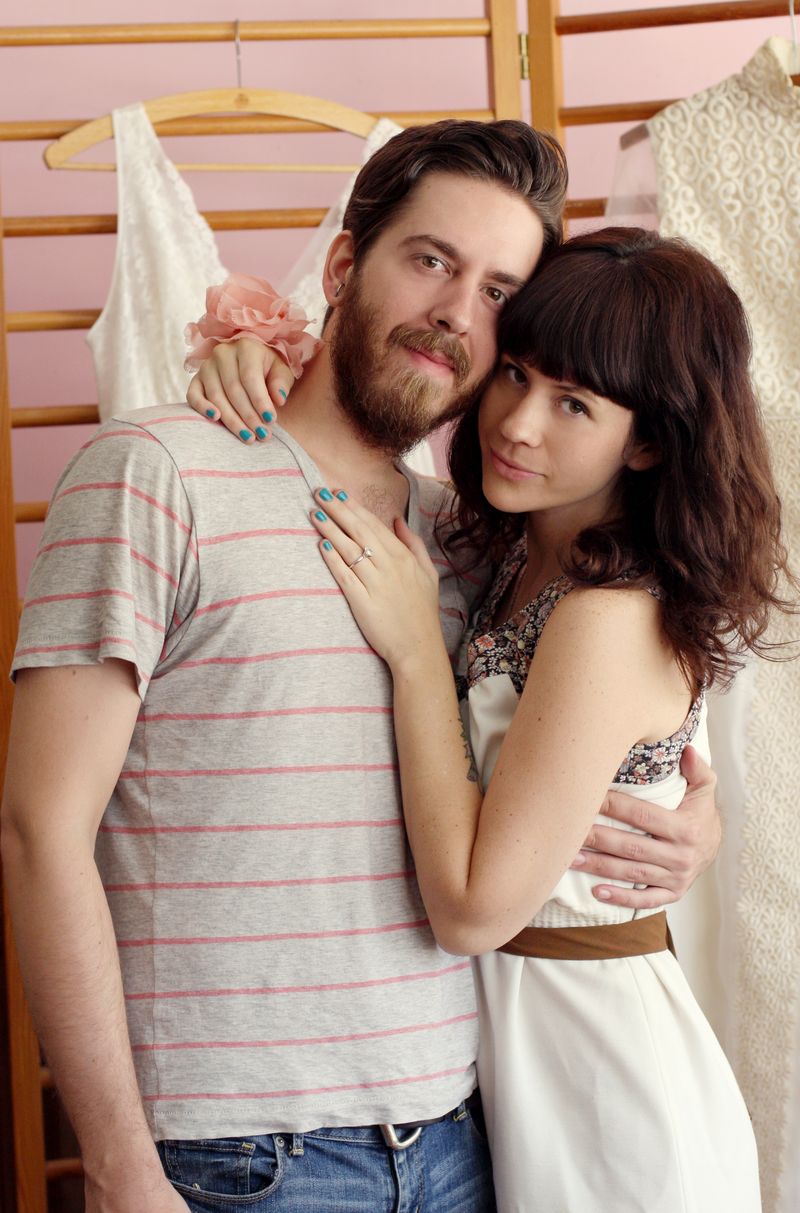 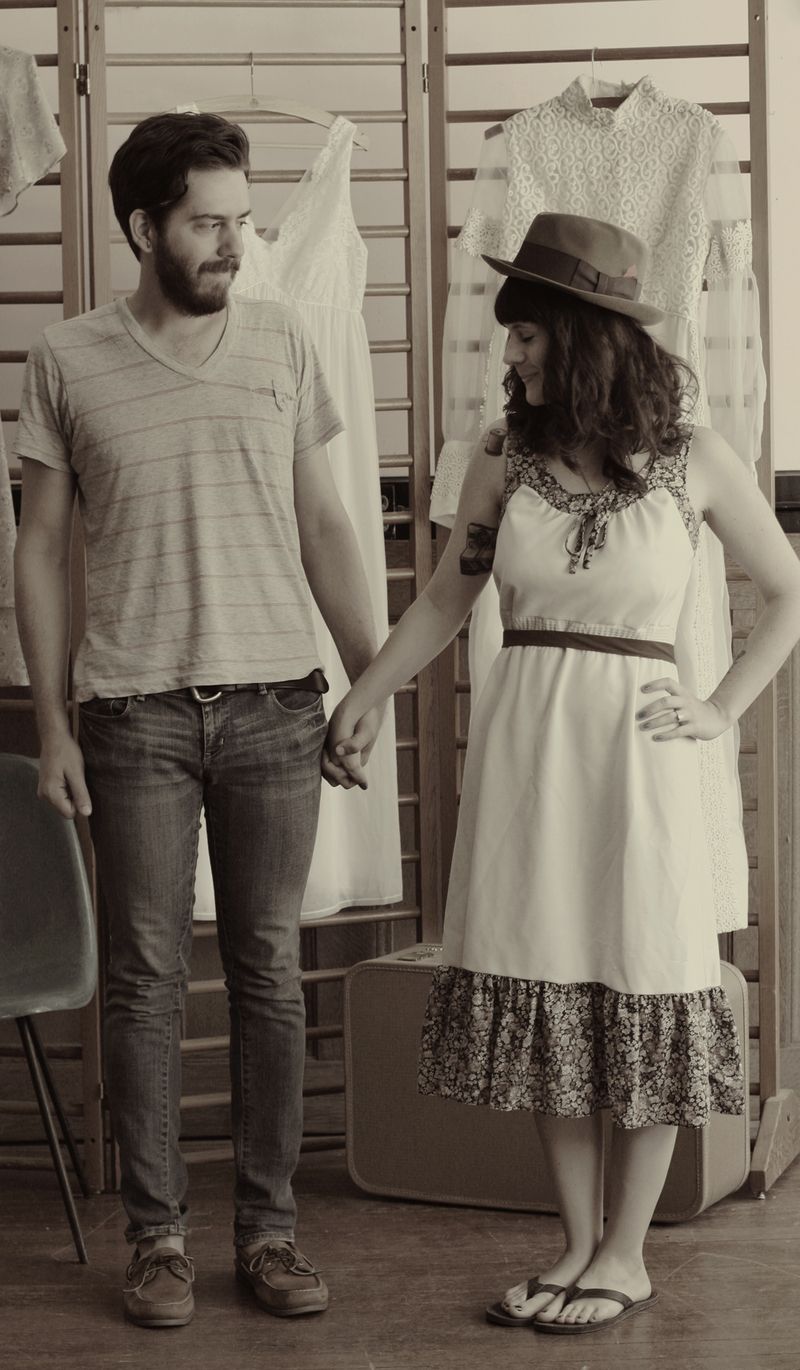 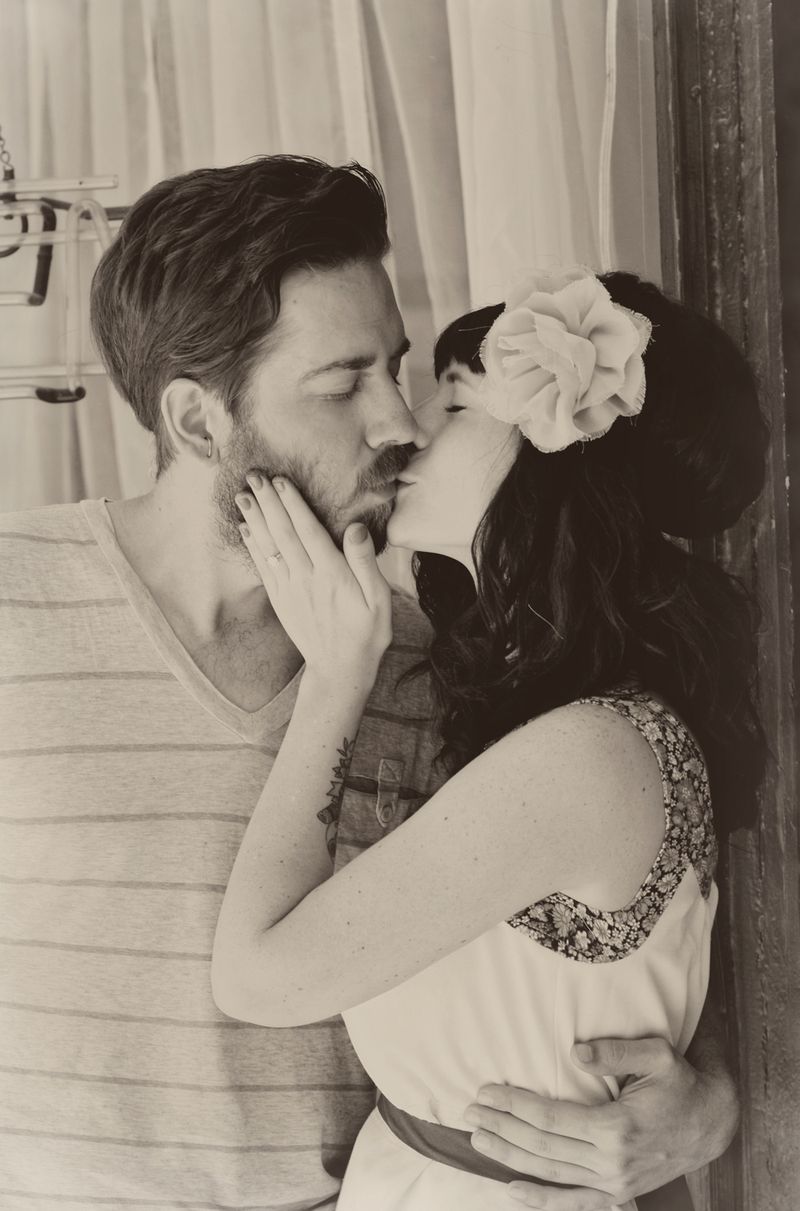 I wore my mom's dress from her wedding in the 1970s today. She recently gave it to me and it seemed like the perfect day to wear it! Emma was sweet enough to snap a few photos for us today. We are pretty excited to plan our wedding and enjoy this happy season together! Thank you to everyone who has sent us a sweet congratulations message today! I'm beyond thankful…. it's a dream come true. Thanks for sharing this.

Make Your Own Ring

The shoot was a great success in terms of preparing the couple for wedding photos, as initially they were a little nervous about the shoot, but were soon running across fields and climbing up rocks of their own accord!”

Aww! If I were there, I would’ve cried! I loved the way he proposed to you. It’s so romantic and full of sincerity. Your engagement ring is so beautiful, by the way. It really suits you. By looking at your pictures together, I can tell that you are going to have a happy marriage. Good luck with crafty kids!

ok- I just found this website of AWESOME and… you have me teary at this story. You are both wonderful. I look forward to everything on this site.

All pictures are very beautiful. This diamond ring is very awesome. You are both look like made for each other.

AWW it like a movie!! no hang on… its better than a movie coz its REAL!! so happy for you guys
congratz(even though its a little late, its the thought that counts..right?)

Was just reading through your blog, and I LOVE reading couples stories… and engagement stories..they make me melt! I guess it’s because I am a hopeless romantic. Hehe. I got engaged Feb 10 and married April 2011. Such a great experience. <3

wow!i love the photos…its beauuuuutiful…specially those black and white shots…
ps:i saw ur wedding video too on another blog..it was surreal..congrats!

Congratulations! i know im really late on the engagement but ive seen the wedding/rehersal pictures and they are all very cute. i nearly teared up reading this story because i too have a boyfriend thats a musician Congratulations! again and good luck in your buisness and in life 🙂

Despite just discoving your crazy, beautiful world yesterday, i just read your engagement story and cried my eyes out! and you’re getting married this week! Congratulations and all the best from Northern Ireland! xx

I just read this and teared up. I’m so sappy. What a lovely and romantic way to propose. Congratulations to you both.x.