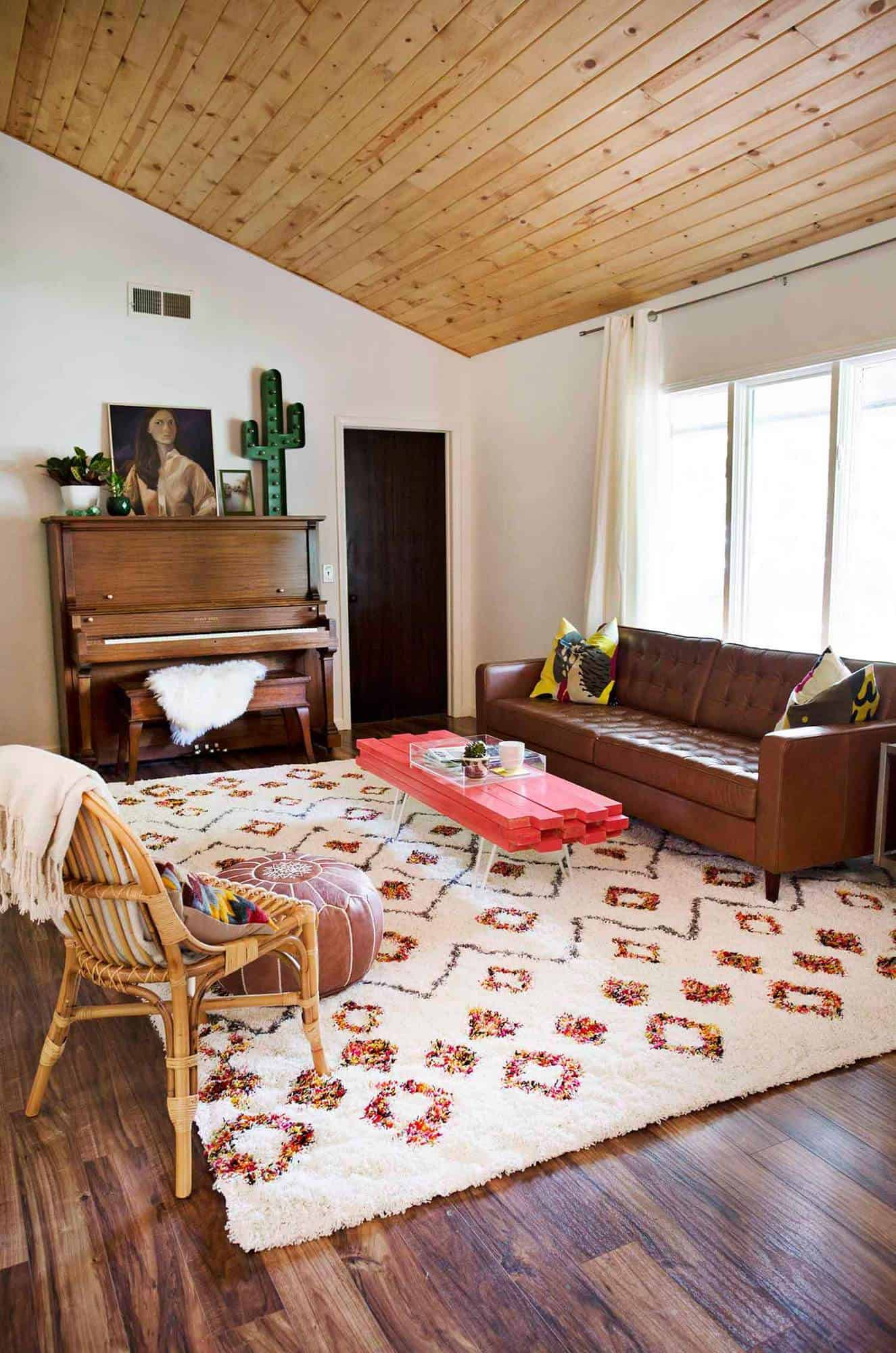 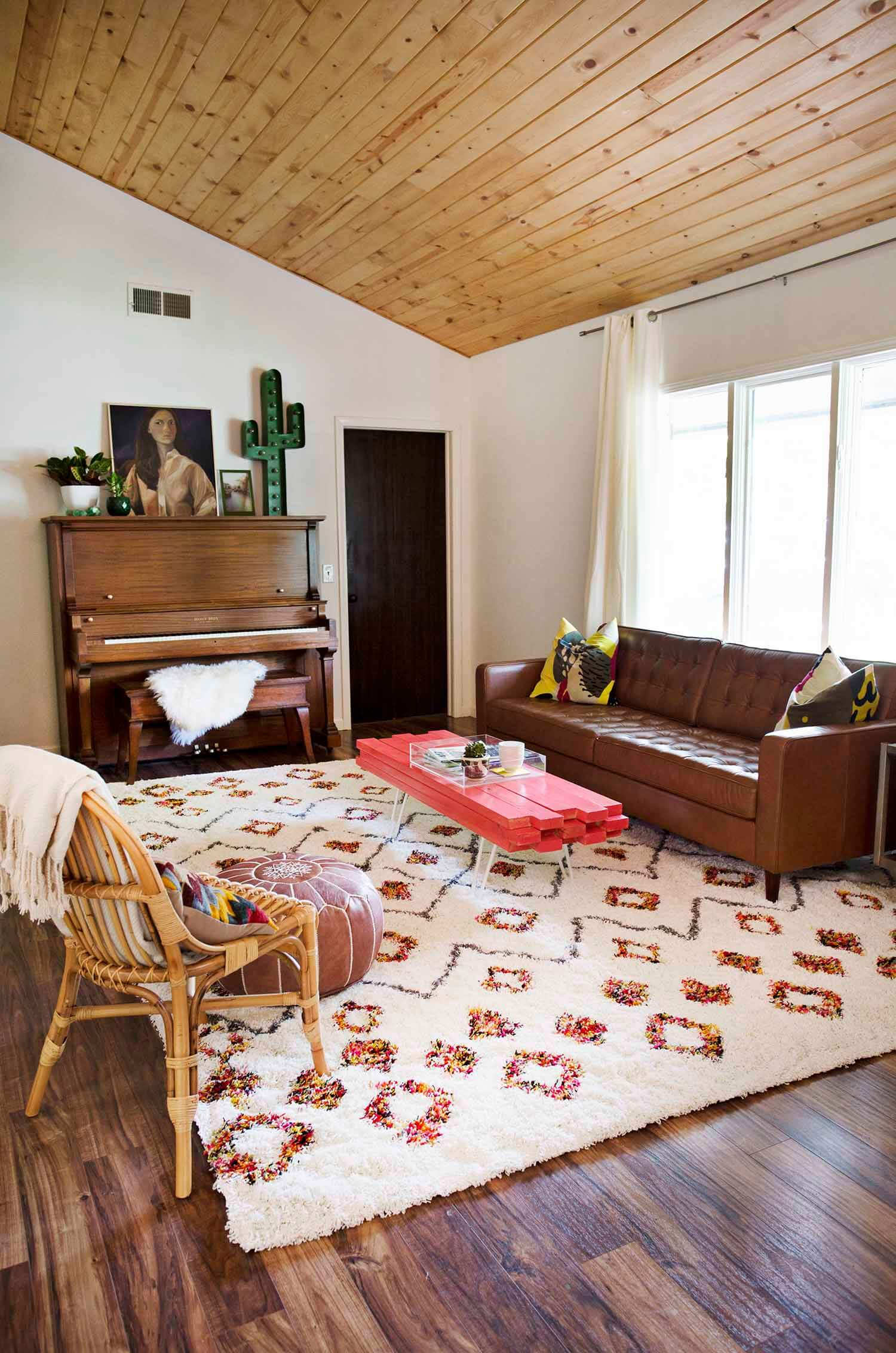 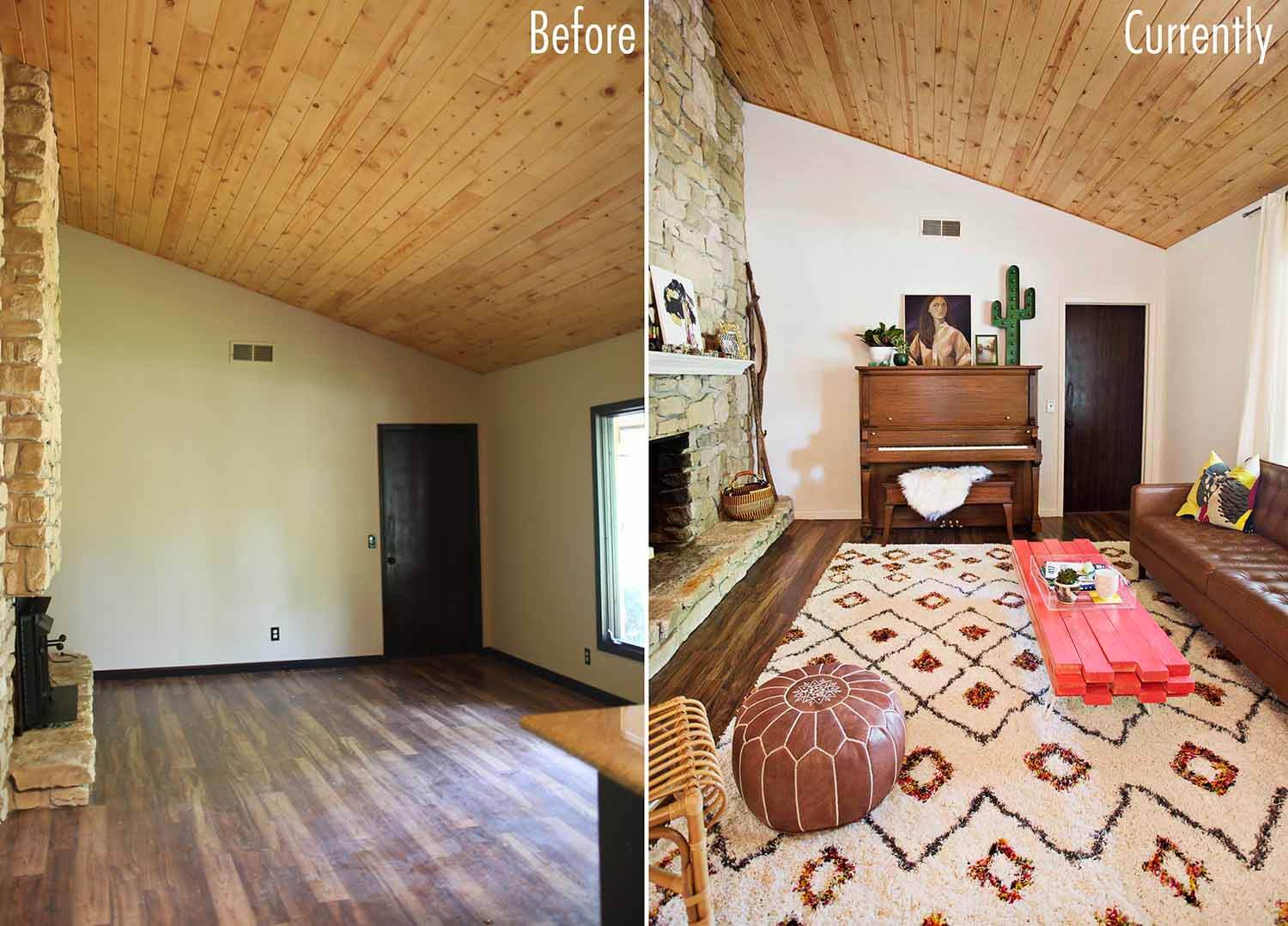 OK, so this is one space in my house that has been pretty awkward since we moved in. It’s kind of a second living room, as we have a TV living room we use most of the time. This space is just across from the kitchen, and that door leads to a laundry room hallway with a small half bath and then access to the garage. We come in through that door often, so this space really greets you when you get home. I wanted it to feel cozy and super inviting, but I’ve had a hard time styling this space for some reason.

And I suspect that reason is the fireplace. Ha! I’ll tell you more, but first, here’s a mini tour of this room. 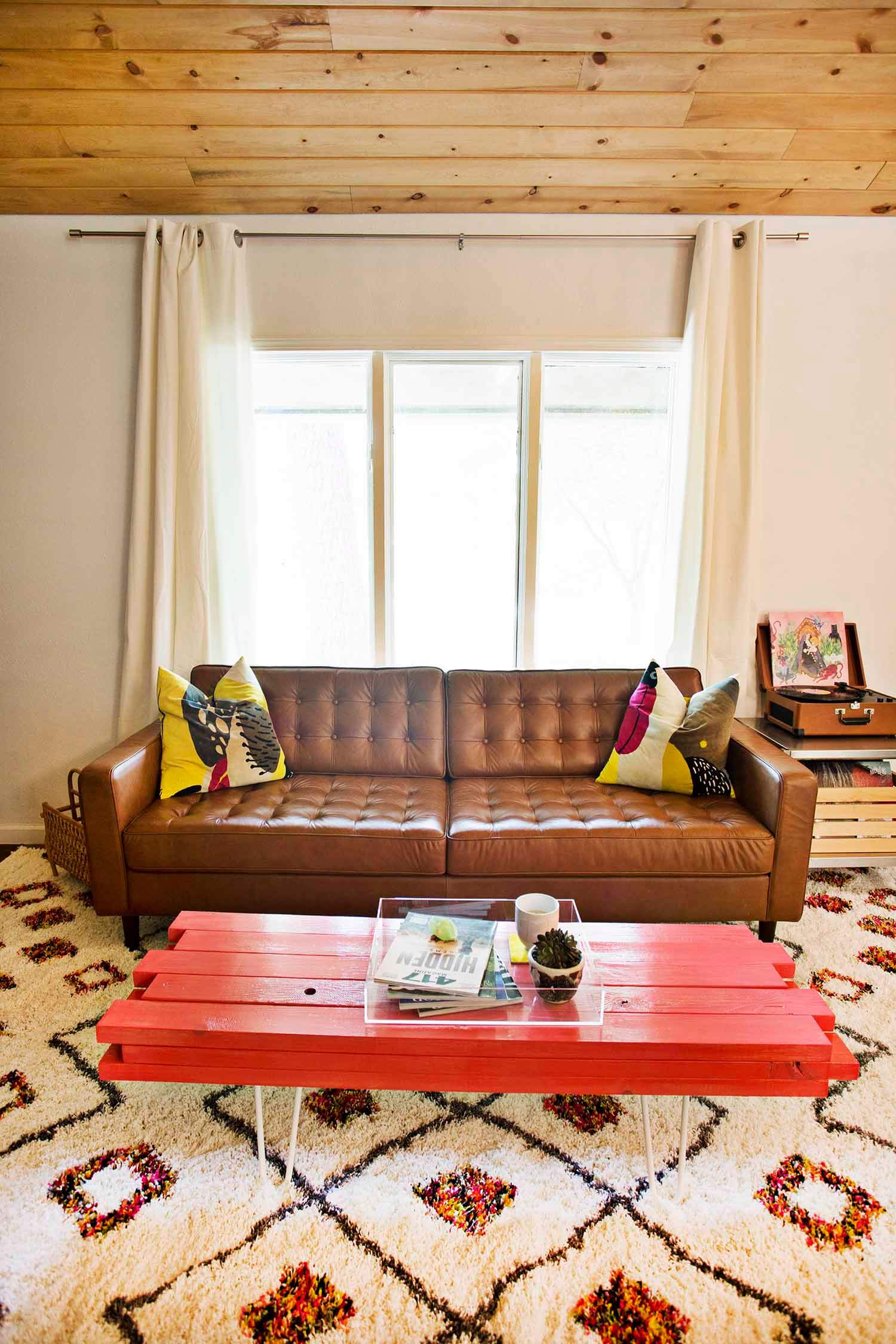 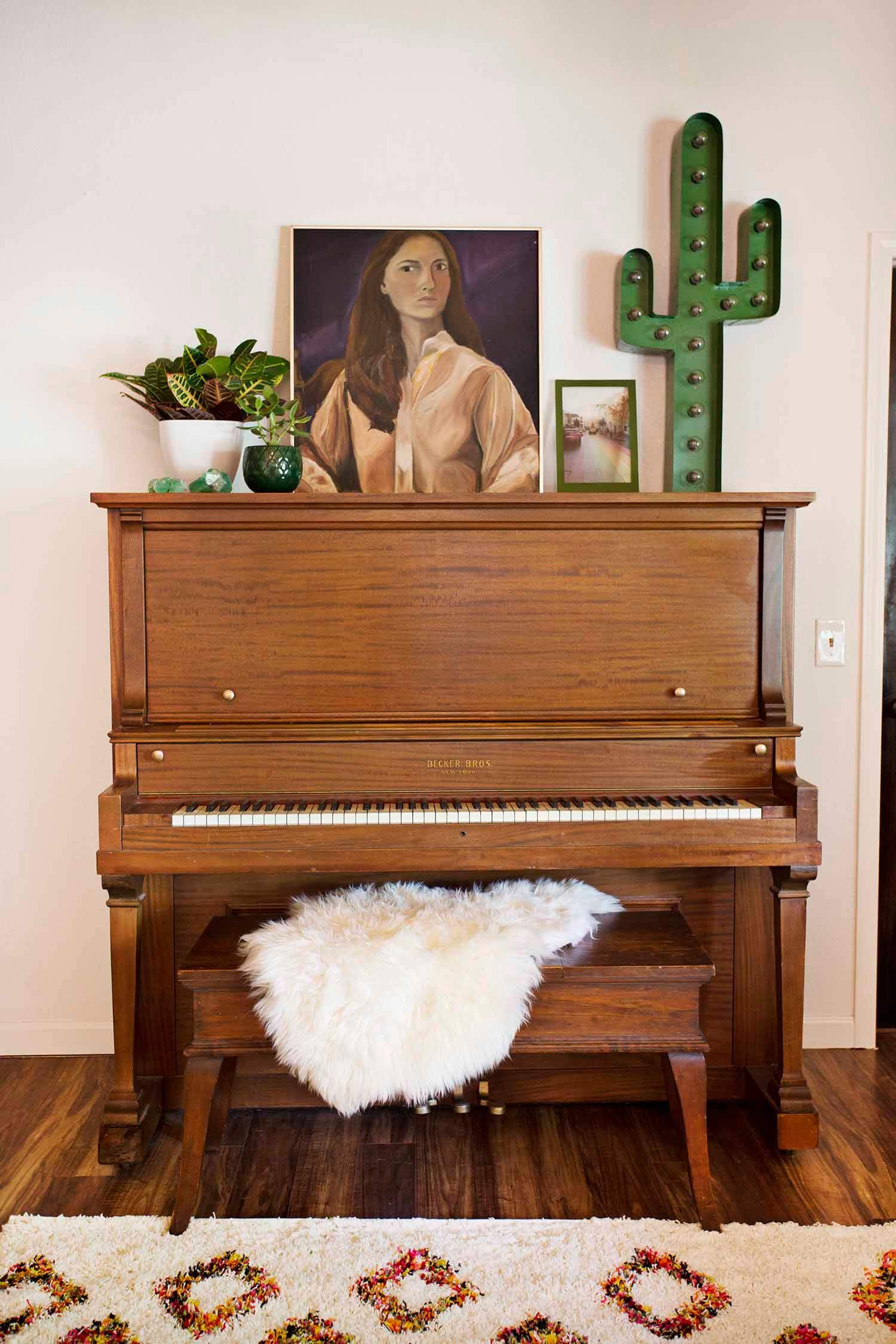 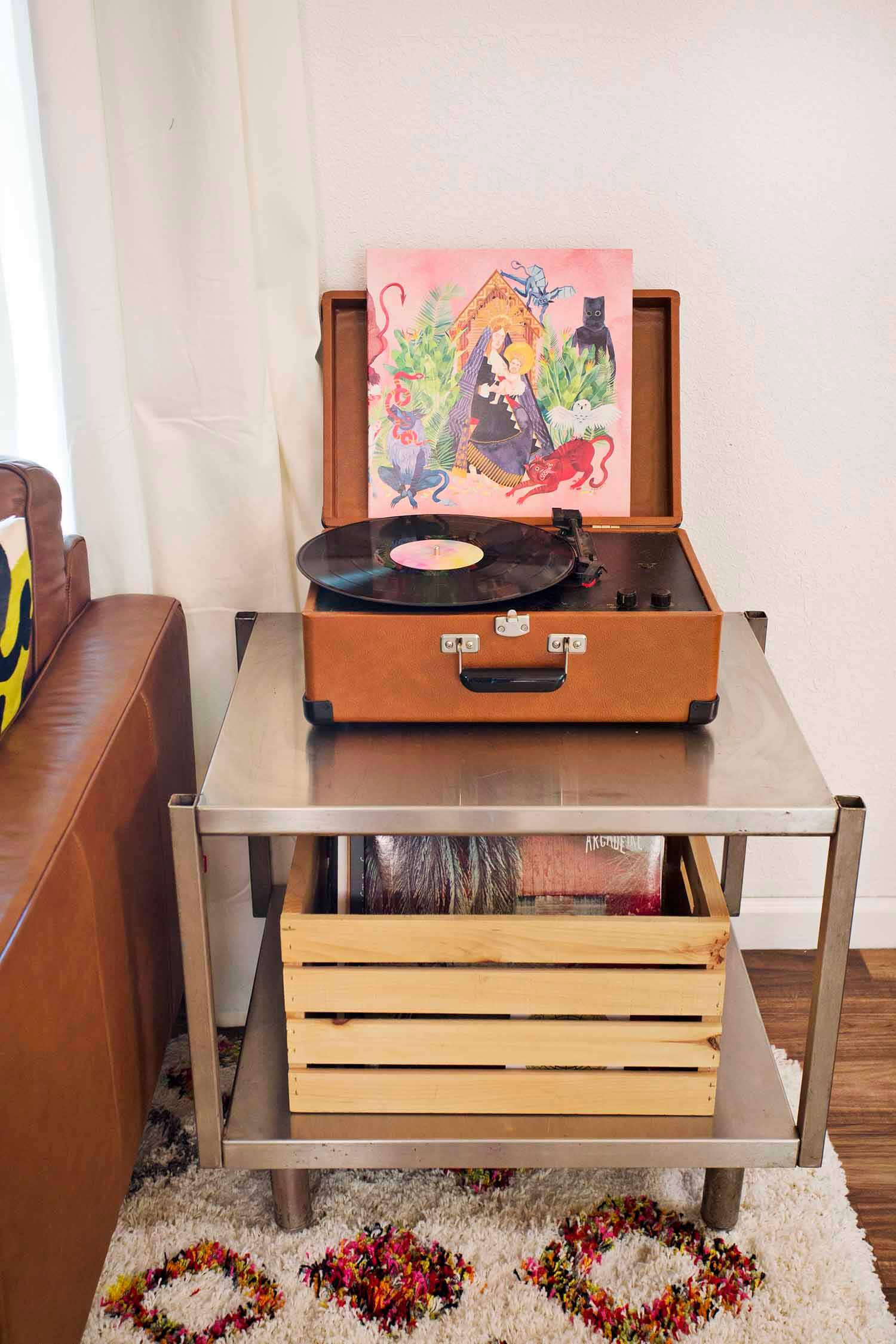 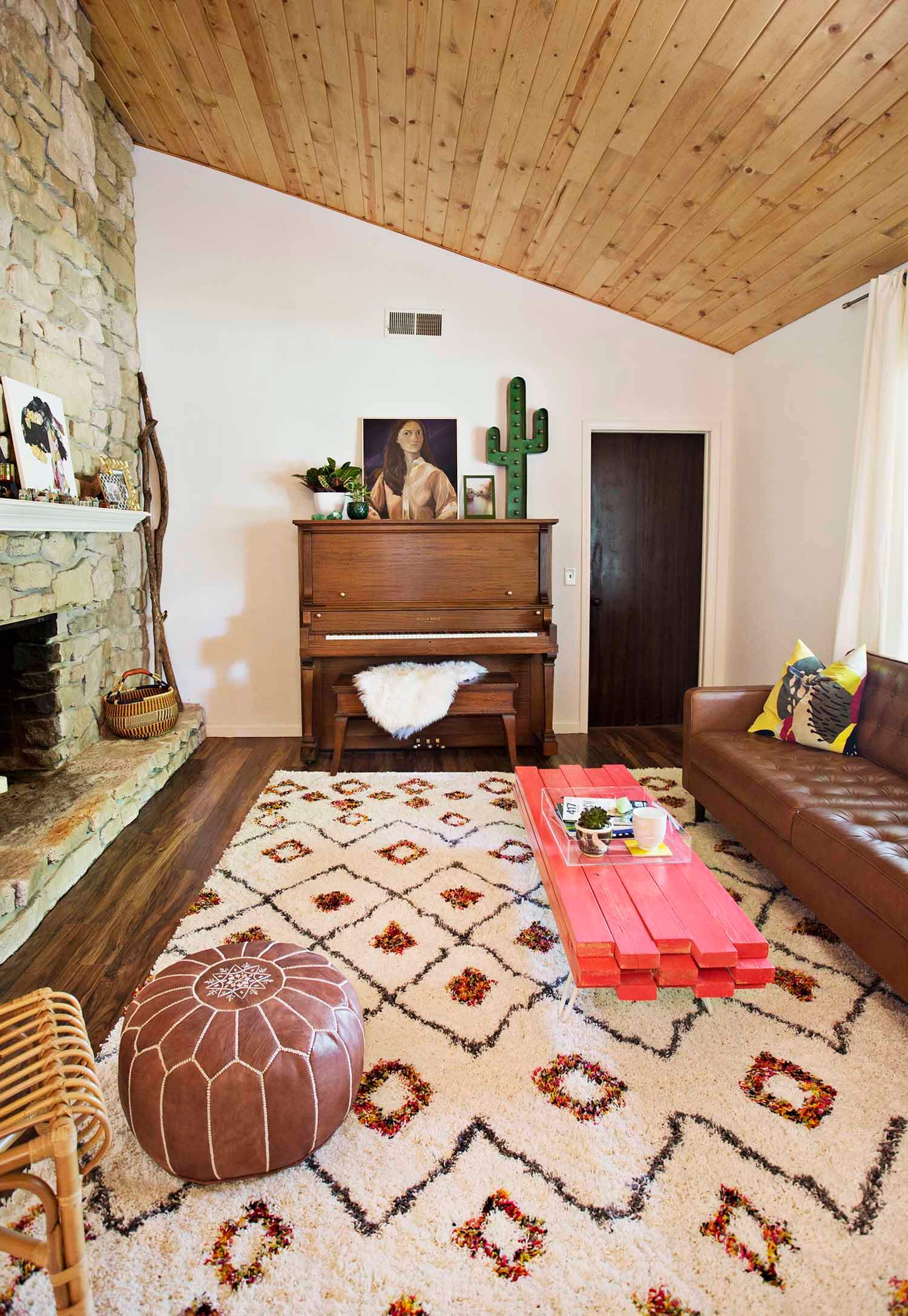 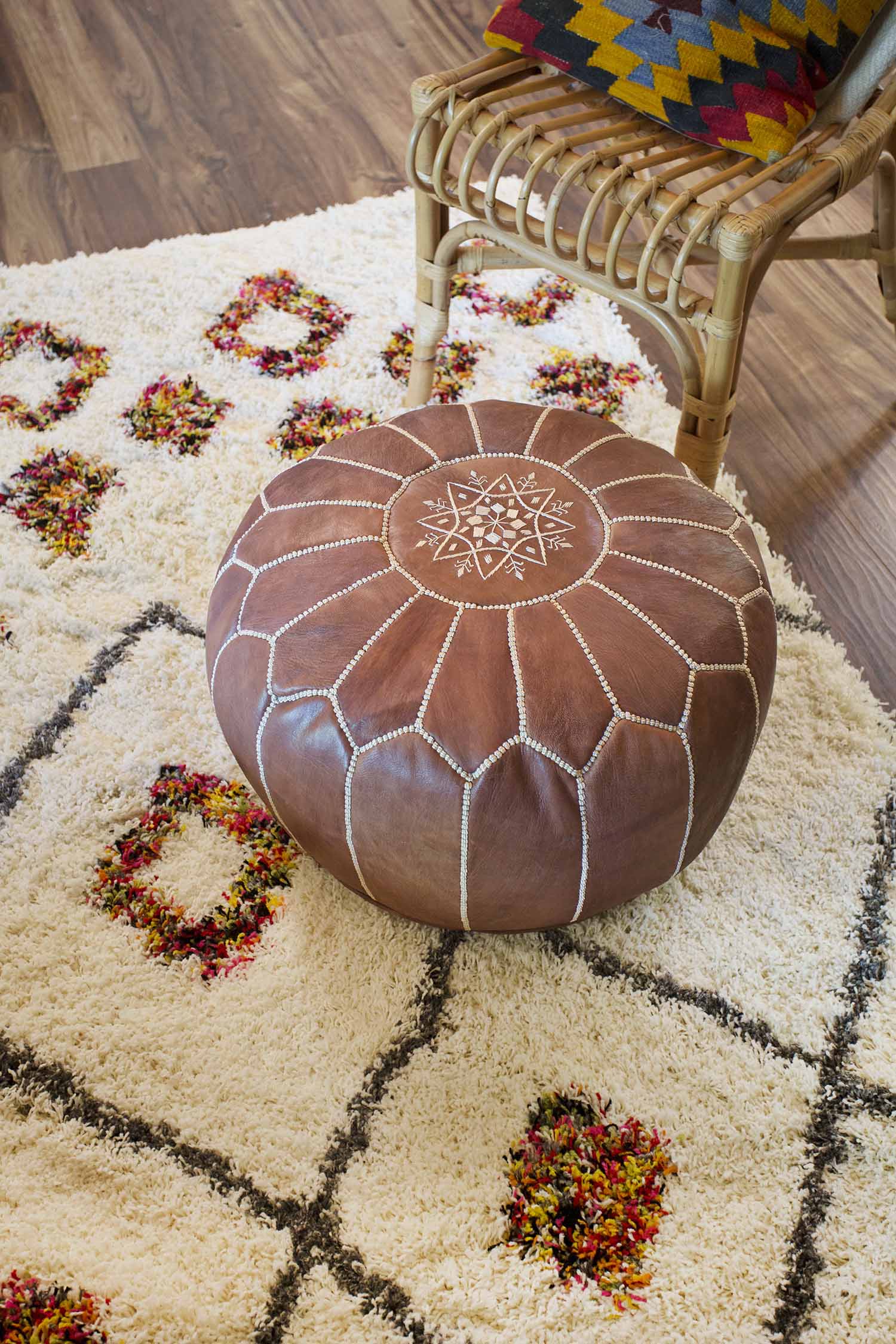 All we’ve done is paint the walls and trim white, hang curtains, and move all our stuff in slowly. No real renovations have happened in this space. But there is quite a bit of furniture.

First, this is the first home that was large enough for Trey to move his piano from his parents’ house to his house. They had always told him that one day he could have this piano, but it really didn’t fit in our last house. So when we found this house, we knew we’d finally have space to move it. Trey is probably more into guitar, but he plays piano and drums some as well, and I love to hear him play on this now and again. So that’s on one wall. In front of the window is where we put the couch we inherited from the studio house. And those were the main two pieces in the room until recently.

I knew I wanted to infuse a little more color into this space since the floors were brown, the stone fireplace is brown, the ceilings are brown, and then the piano and couch are brown. I love brown as much as the next gal, but that’s just a bit too much! So I knew I wanted a light colored rug with some color – and that’s exactly what I picked out. That has made a TON of difference in the space already! 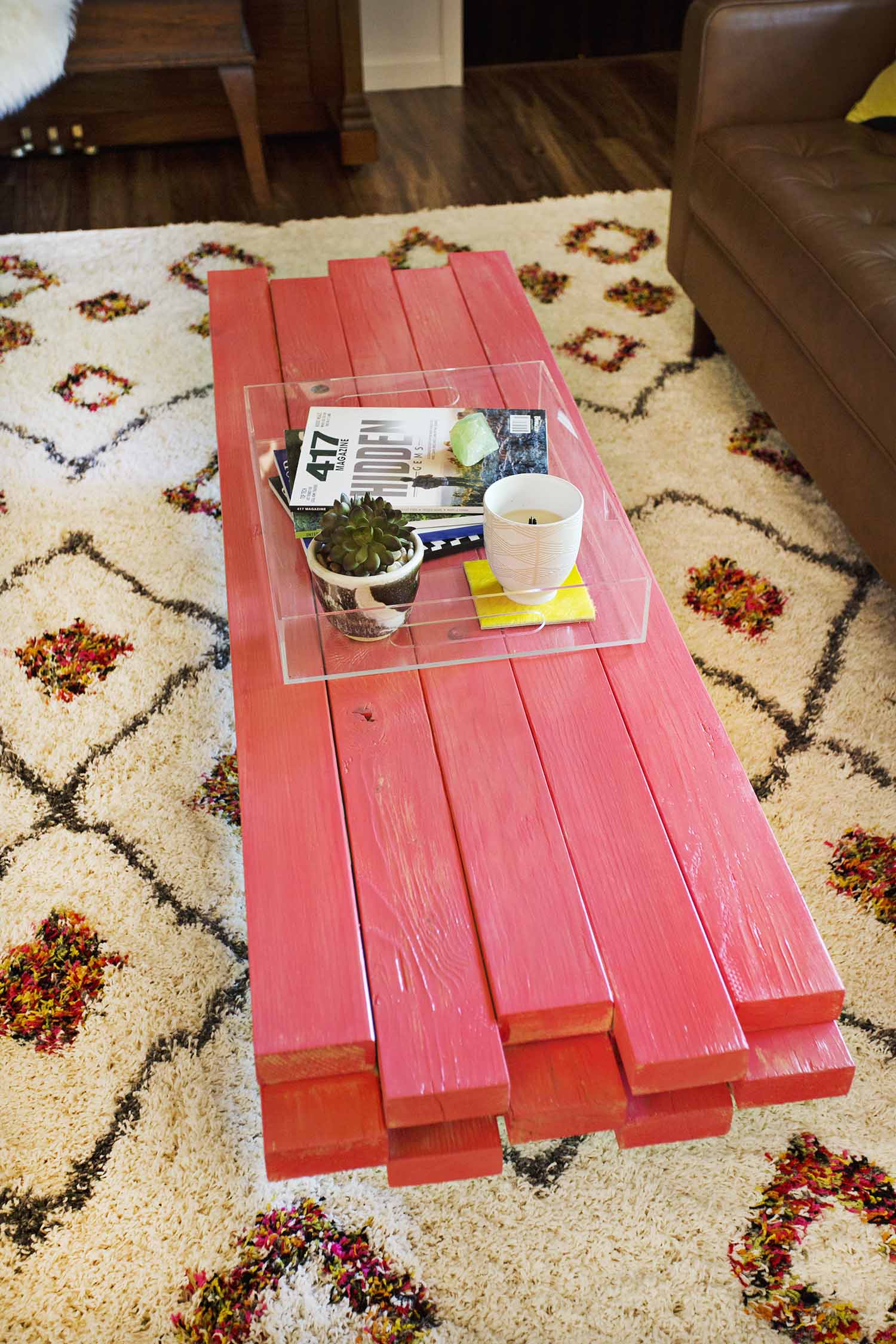 I also moved our coffee table into the room but decided to paint/stain it as it was brown and, again, there was already plenty of brown in the room. I’m not 100% happy with how it turned out. It’s OK, but not exactly the color or texture I was going for. I was trying to stain it a bright lipstick red, but it looks more like a poorly painted orange Pepto-Bismol color to me. So I’m OK with it, but I’ll probably change it eventually. 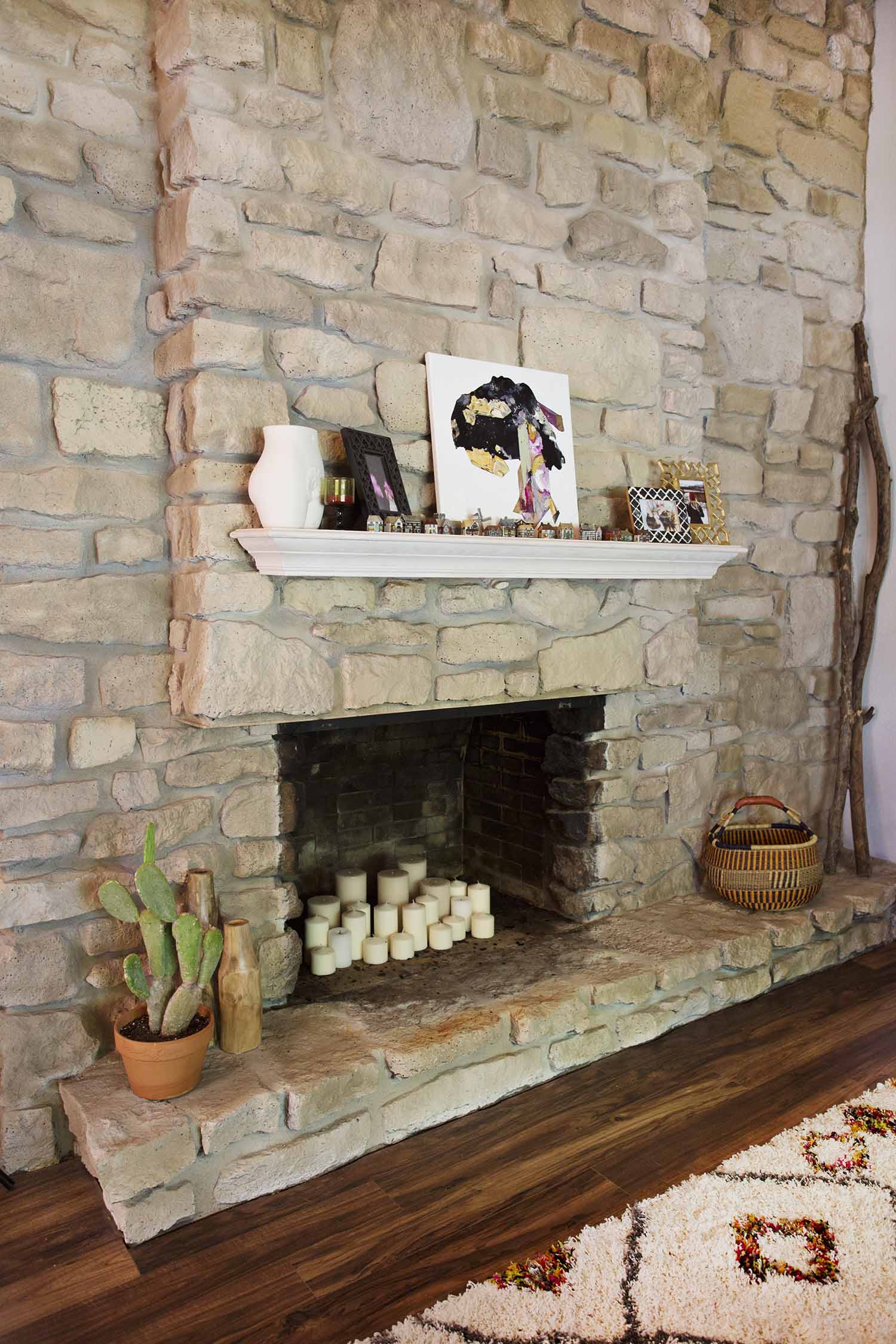 Here is our fireplace. We found some photos of our home online from before the previous owner fixed it up, and it turns out that this fireplace was painted white before. The last owner painted it a faux stone color. I think they did a pretty good job as I actually thought it was really just stone at first. I probably would have preferred the white to the faux stone, but I don’t think we’ll paint it back as that just seems sort of crazy to me. Ha! But, never say never I guess. 🙂

Guys, I just don’t feel like I know what to do with this fireplace. I had a mantel installed, but I still don’t love it. I took out the insert (but saved it) as we never used it. I need to clean the inside (again, I had it professionally “swept” before last winter) and maybe paint it a solid black. I like the candles, but I need to elevate part of it. And then it has this unpainted edge all around the opening that I have to figure out if I’m going to try and paint to match the faux stone look, or if I’m going to build some kind of frame to go over it. What do you think? 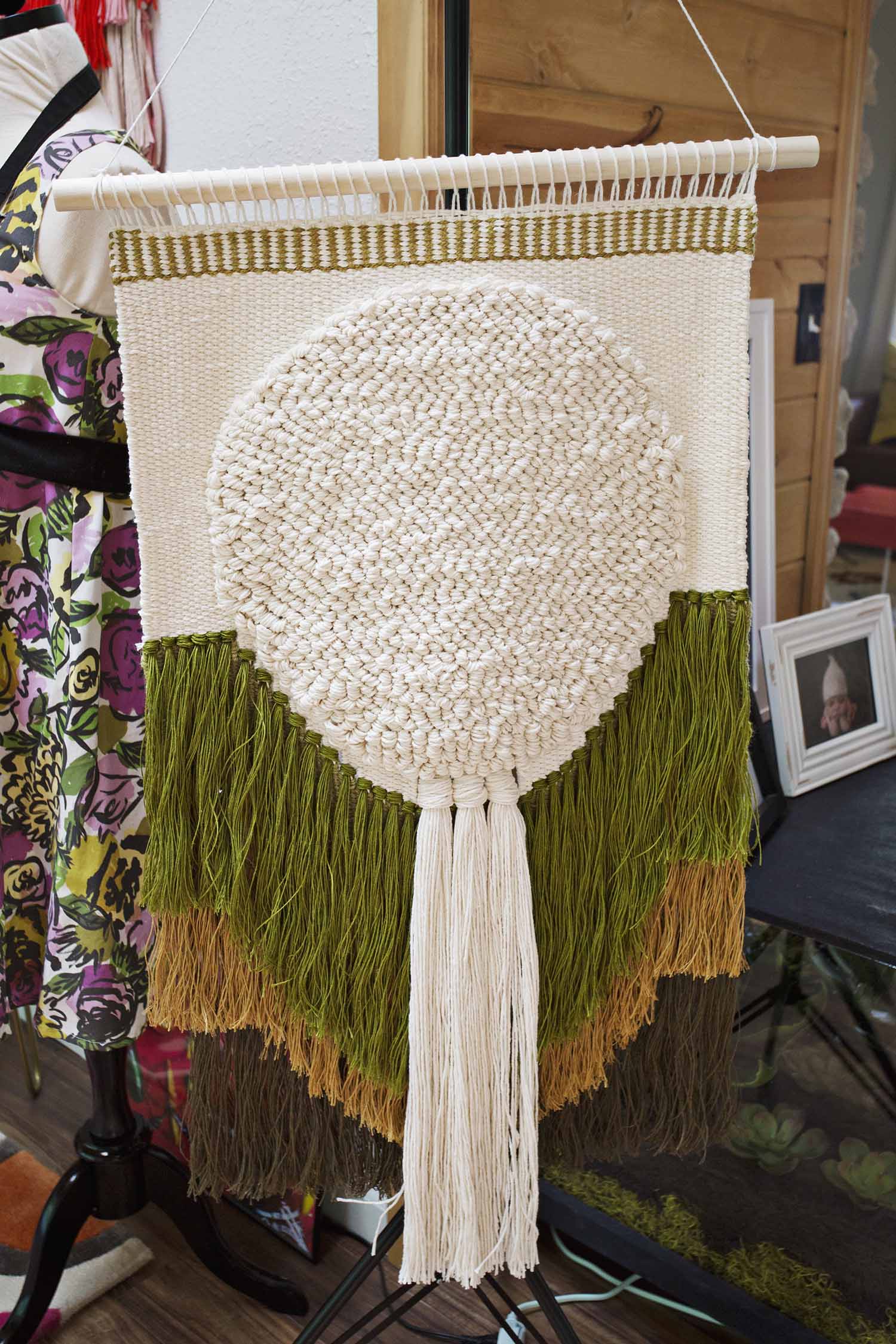 I did commission Rachel to create an oversized weaving for me that I plan to hang above the mantel area soon. Isn’t it beautiful!? It’s going to look so good when I finally get it hung. Right now I just have it hanging around the house on a photo stand so it doesn’t get dirty or wrinkled. So, I think that will help the fireplace area, but I still feel like it’s just not quite coming together yet. 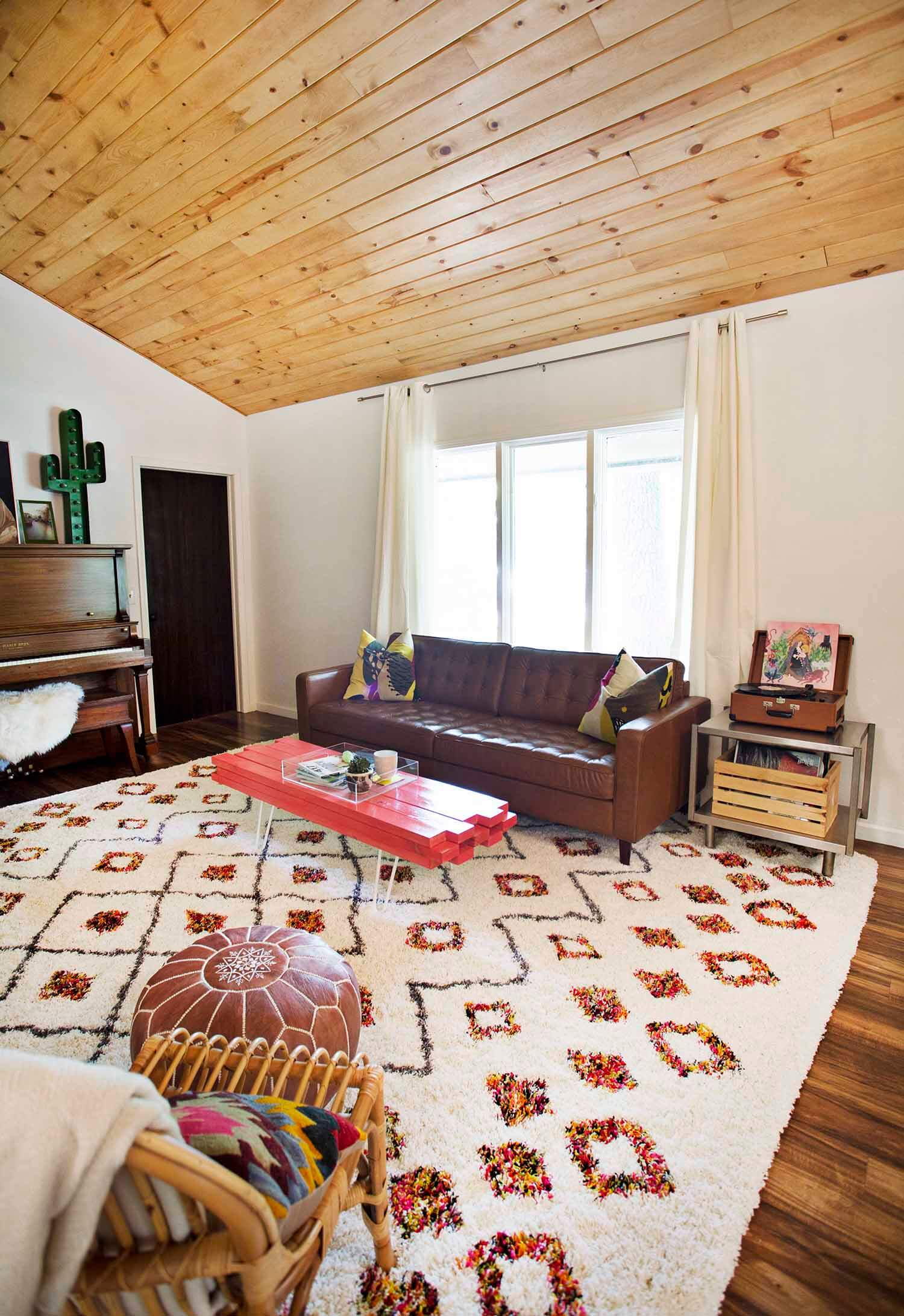 So far that’s about it. Lots of progress but still feeling stumped about the fireplace area. Maybe I should see if my library has a How to Decorate a Fireplace for Dummies book or something. 🙂 Thanks for letting me share! xo. Emma