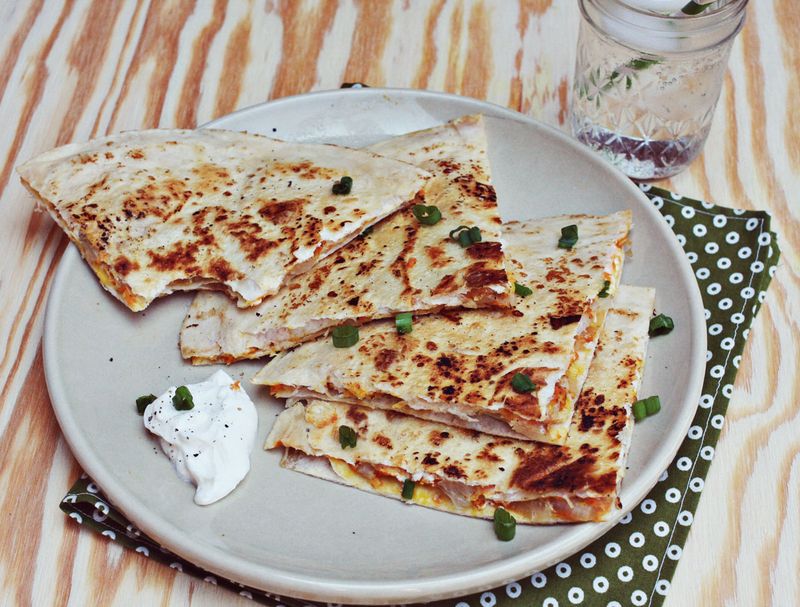 As I was planning the pumpkin 5 ways feature for this week I decided I wanted to include a lunch idea. My first thought was soup, of course. But one of my goals for the feature was to try and make every recipe have an element of surprise. So I tried to think of something a little more unexpected. This quesadilla recipe was just an idea I had and tried. I wasn't sure if the flavors were really going to blend well together. But as it turned out, this ended up being one of my absolute favorite dishes I made for the feature. Funny how that happens sometimes. 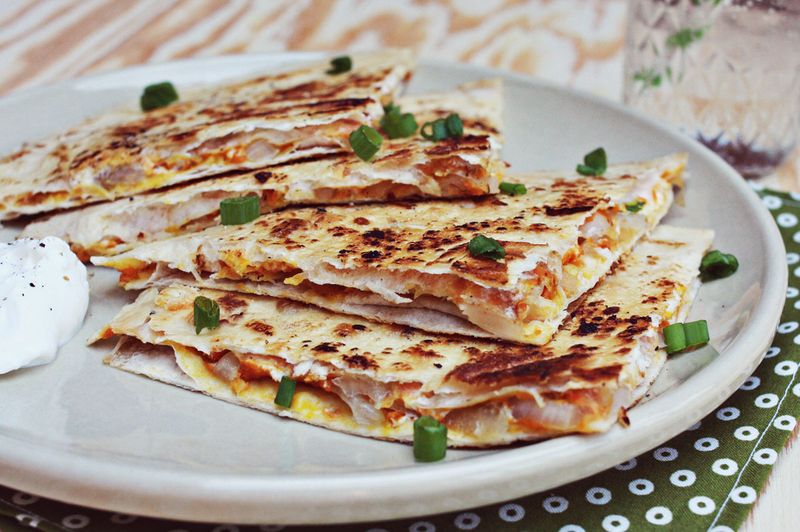 In a pan heat a tablespoon of oil over medium heat. Slice your onion and saute it in the oil with the brown sugar until soft. Remove from heat and set aside. Add another tablespoon or two of oil and make sure the entire pan is coated. Lay a tortilla in the hot pan. Spoon on half of the pumpkin and spread out, then sprinkle in the onion and cheese. Spread the other half of the pumpkin on the second tortilla and lay the on top (pumpkin side down) and brush with a tablespoon of two of oil. Once the first side is crispy flip the quesadilla over. This can be tricky. What I usually do is cover the entire pan with a cutting board then flip the quesadilla out by inverting the pan. Now I can easily slide the quesadilla into the hot pan. I usually wear oven mits as I do this in case any hot oil escapes the pan in the process. Once the other side is crispy too and all ingredients are warmed through you're done! 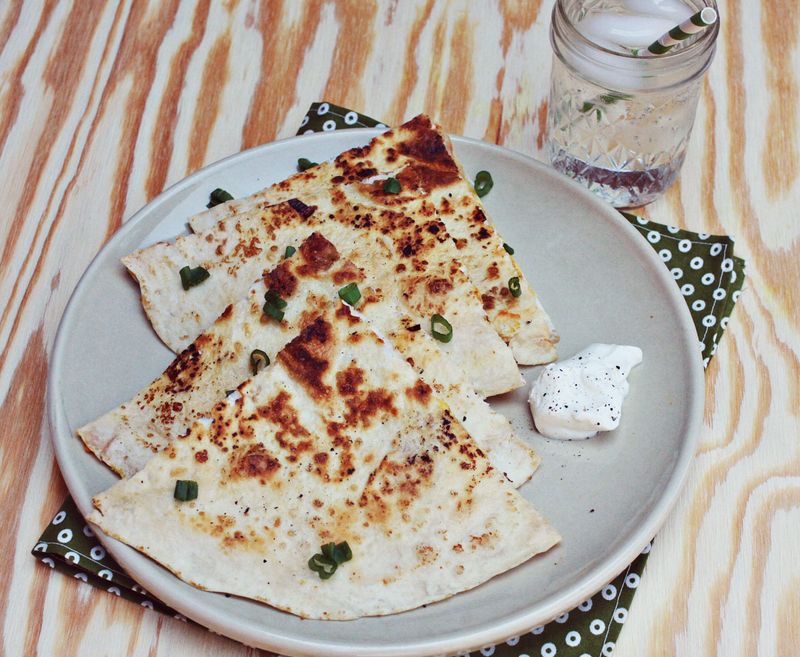 I hope you've had as much fun as me exploring new pumpkin recipes this week. We've made: a pumpkin breakfast shake and pumpkin cream cheese, pumpkin risotto, pumpkin spice creme brulee and now pumpkin quesadillas. Have fun making your favorite autumn recipes this season, or creating new ones! xo. Emma