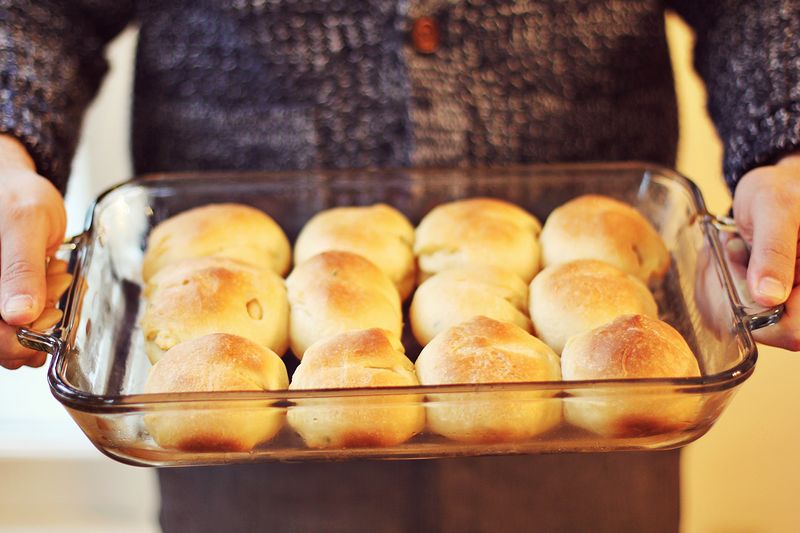 Parker House Rolls are a classic recipe that was created by the Parker House Hotel. If you don't believe me, just google "parker house rolls" and be prepared to see many variations on this seemingly specifically named recipe. That's because they are famous, dude. Told you so. Geez. I've made these a few times, and I love them. I think it's because they are made with milk, so they are just a little bit sweet. They are often made by flattening the dough and folding it over into a kind of crescent moon. But I just went with the ol' indent down the middle. Oh, and I added a little rosemary. I added rosemary to a lot of Friendsgiving recipes. I COULDN'T STOP. 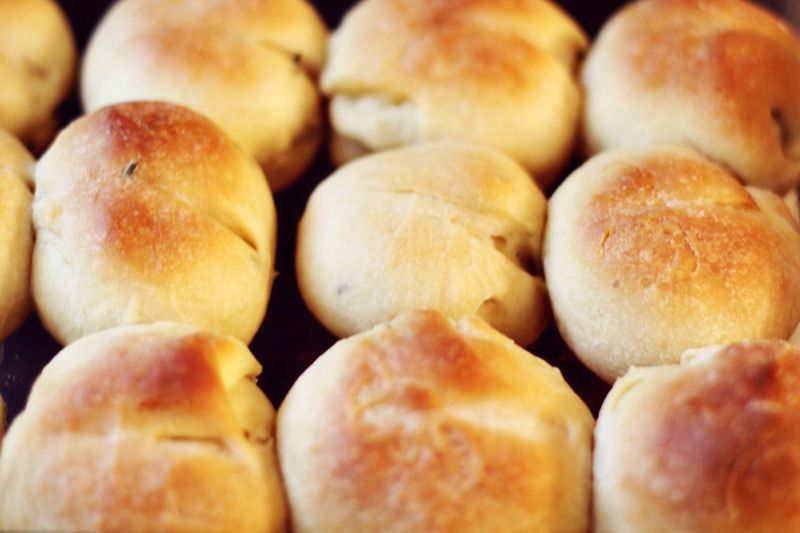 In a small bowl stir together the warm water, 1 tablespoon sugar and the yeast. Set aside for 5 minutes. In the meantime stir together the flours and salt. In a small pot melt the butter and add the milk and rosemary until warm. Combine the yeast mixture, milk mixture and flour mixture. I used my stand mixer to knead the dough for about 6 minutes until elastic like. Form a ball and place in a lightly oiled bowl. Cover and allow to rise for 1 hour. Now divide into 15-18 balls (or crescent moons if you're being all traditional). Place in a buttered baking dish, cover and allow to rise for another 45 minutes. Bake at 375°F for 20-25 minutes.

I baked mine the day before and simply rewarmed them in the oven for 6-7 minutes then brushed with a little butter before serving. Making your yeasted bread a day before a big event can really make your day go smoother, as you won't have to allow for all the proper rising time. Just saying. xo. Emma