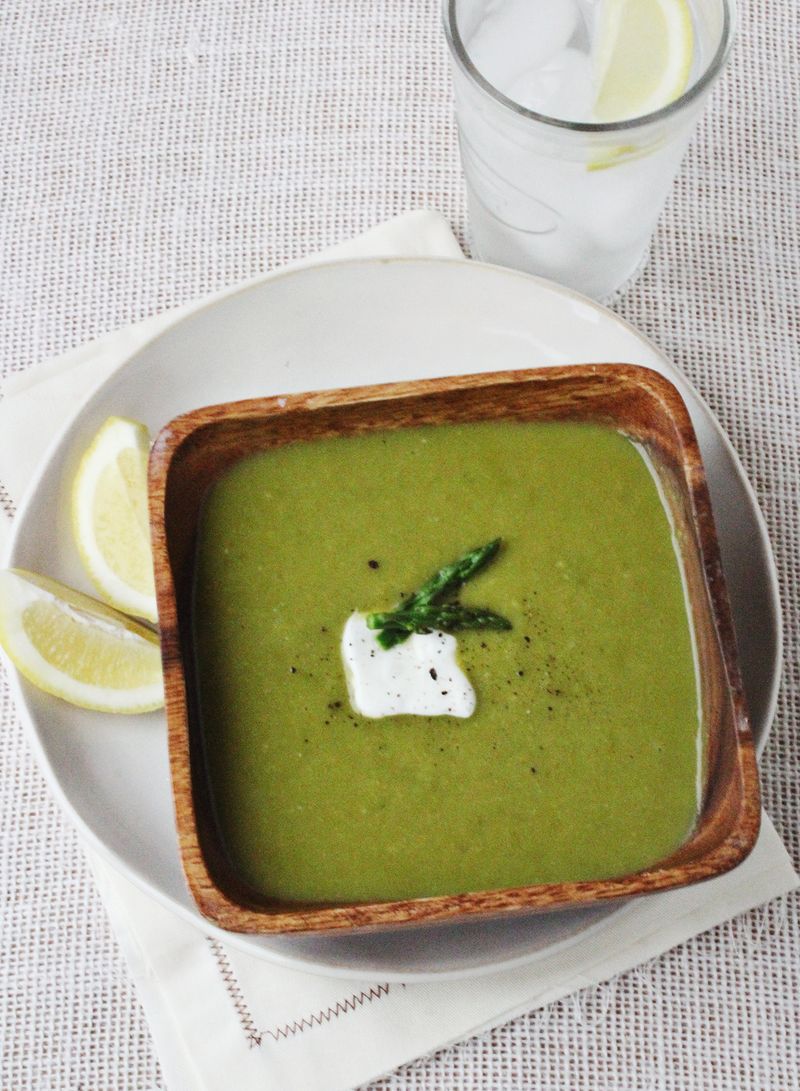 I was just researching to see if this was, technically speaking, a cream of asparagus soup.

And by "researching" we all know I mean googling. Google is so the new Dewey Decimal.

What I uncovered in my search was two things. First, did you know that "cream of asparagus soup" doesn't even have it's own wikipedia page?! It's like it doesn't exist. Whoa. And second I learned that this probably isn't, technically speaking, a cream of asparagus soup. And that's because it doesn't start with a roux (it's like gravy, like when you start making baked macaroni and cheese).

But I'm basing this on cream of mushroom's wikipedia page. So, not sure that's accurate. Different veggie. Different rules? 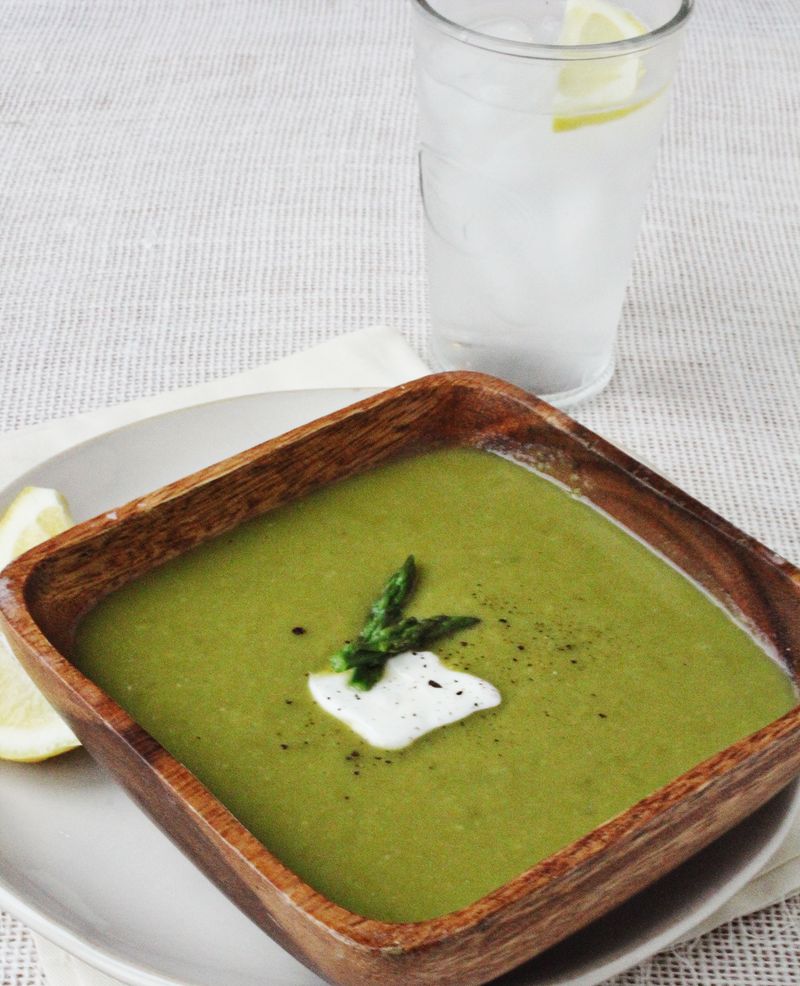 But this soup does seem creamy, whatever you call it. It's also hearty and substantial. And that's because (drum roll) I added a potato. Boom. Instant sustenance. 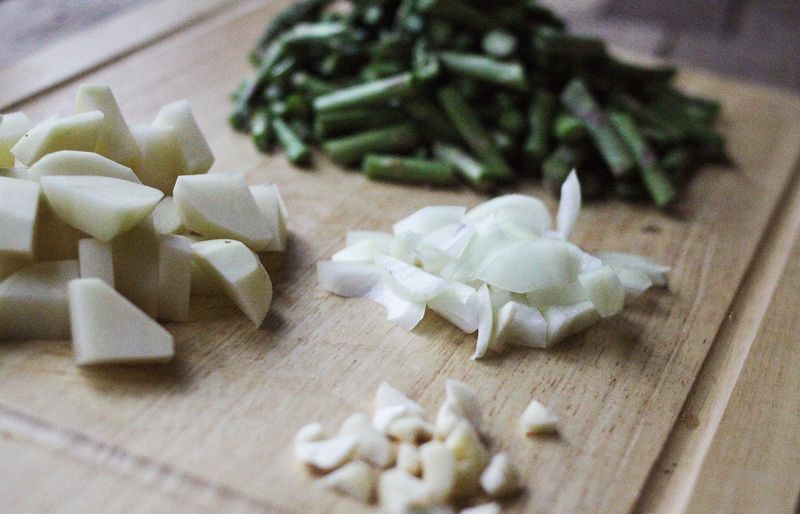 Simple Asparagus Soup, serves two as a meal and four as a starter. 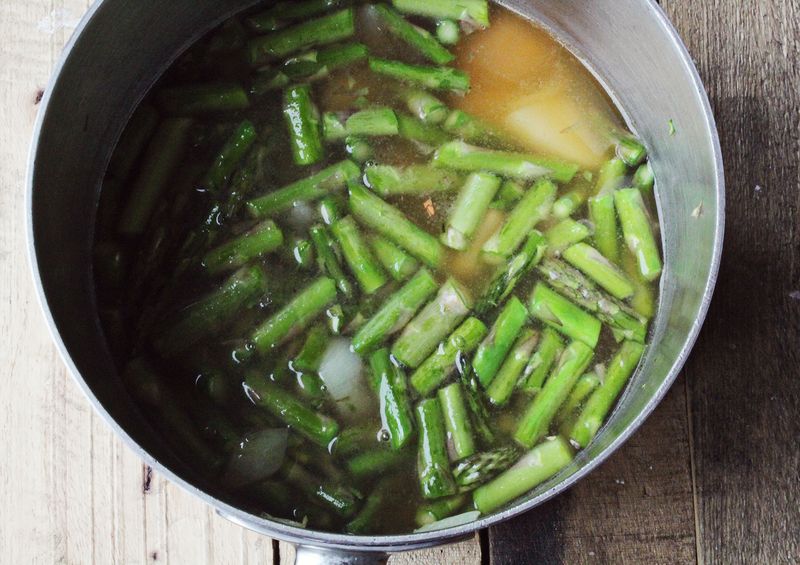 First chop up the asparagus (reserve about half of the tips), onion, garlic and potato (peel and wash it first). Prep work: check.

In a medium pot heat the olive oil and butter over medium heat. Cook the onion until just softened (2-3 minutes). Add in the garlic, asparagus and potato. Cook until the asparagus begins to turn bright green (3-4 minutes). Season with a little salt and pepper and then pour in the broth. Allow to simmer for 20 minutes or until the potatoes can be easily sliced through with a knife. Now use your immersion blender

to blend everything up. Or you can work in batches and puree in a blender (but be careful when transferring hot liquids).

In a small pot filled with 2-3 cups water blanch the reserved asparagus heads until bright green and cooked through but still crunchy. Drain and reserve. To serve garnish with a big dollop of greek yogurt and a few of the cooked asparagus heads. 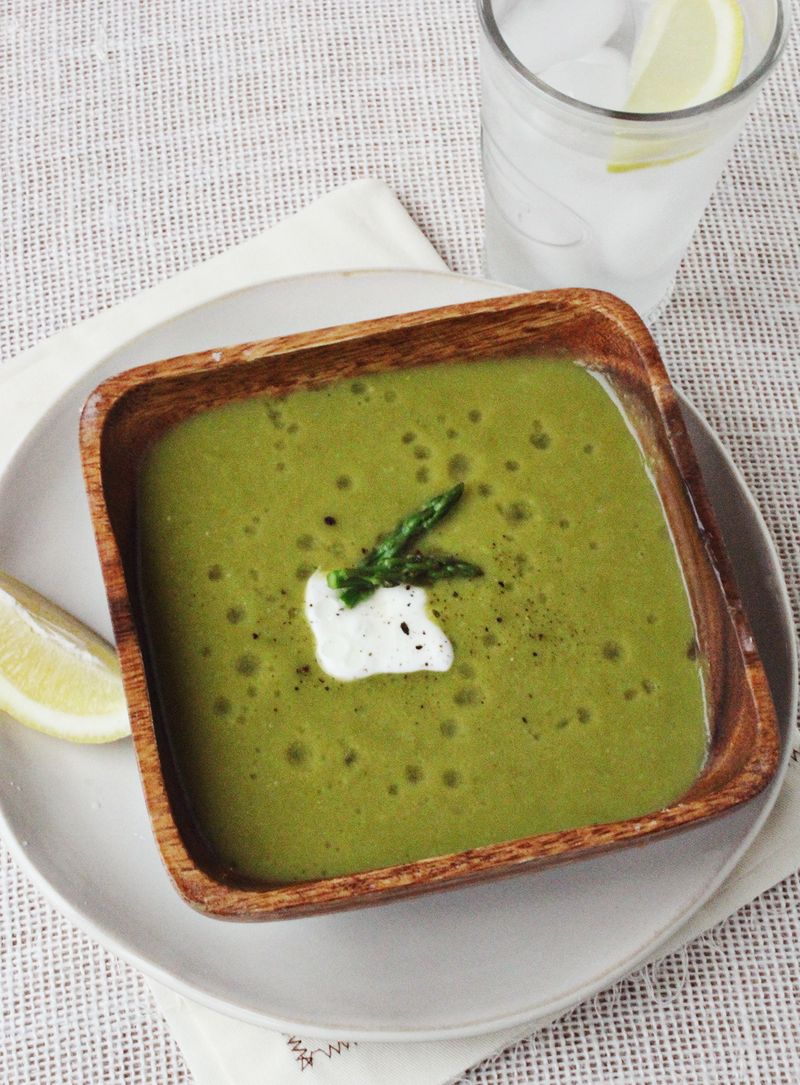 I highly recommend squeezing a little lemon juice over the top of the soup just before eating. I love how citrus can add just a little pop of flavor to veggies, salads and lots of soups. Yum! xo. Emma