Sister Style: So You Think You Can Stir Fry 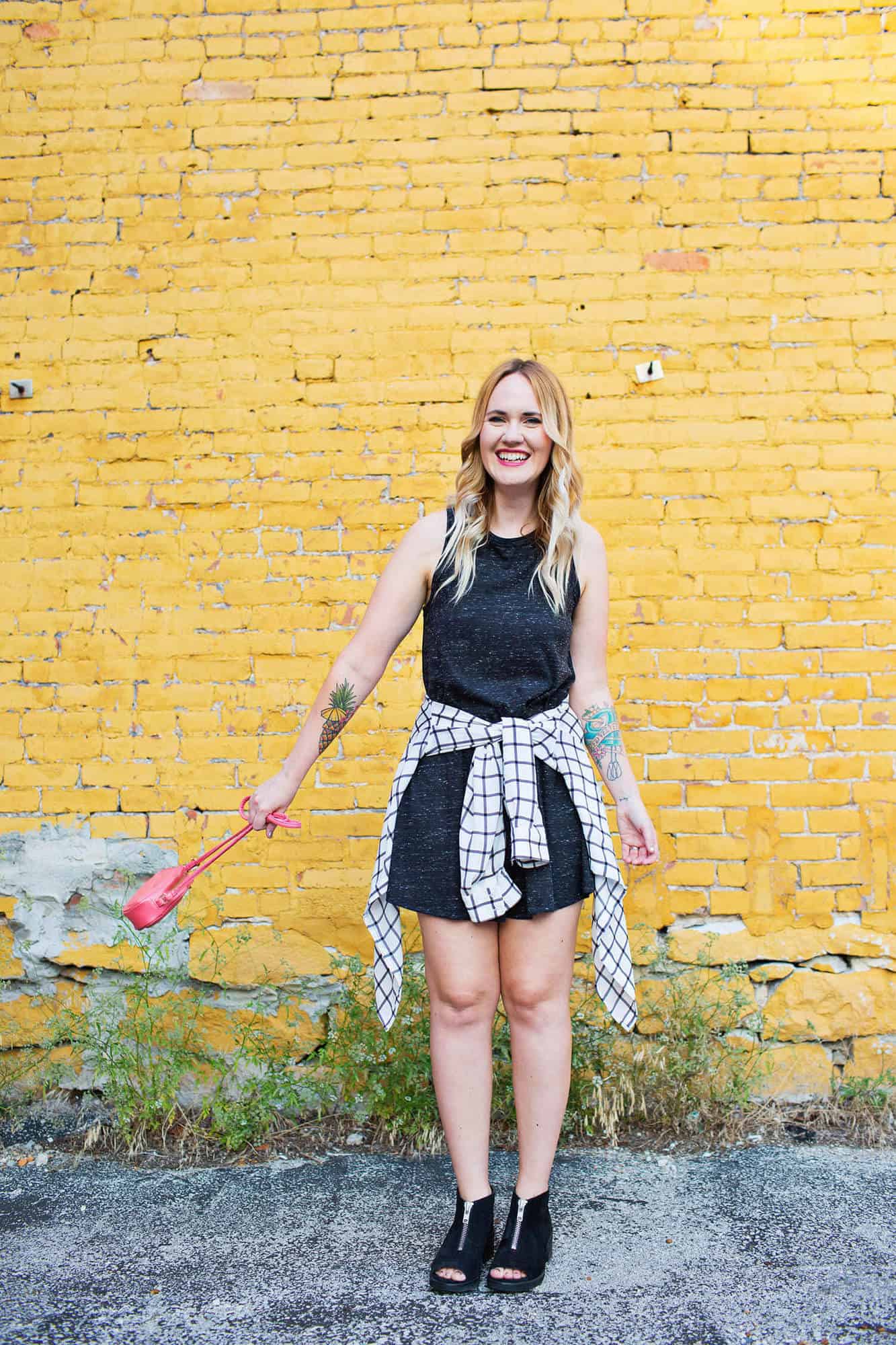 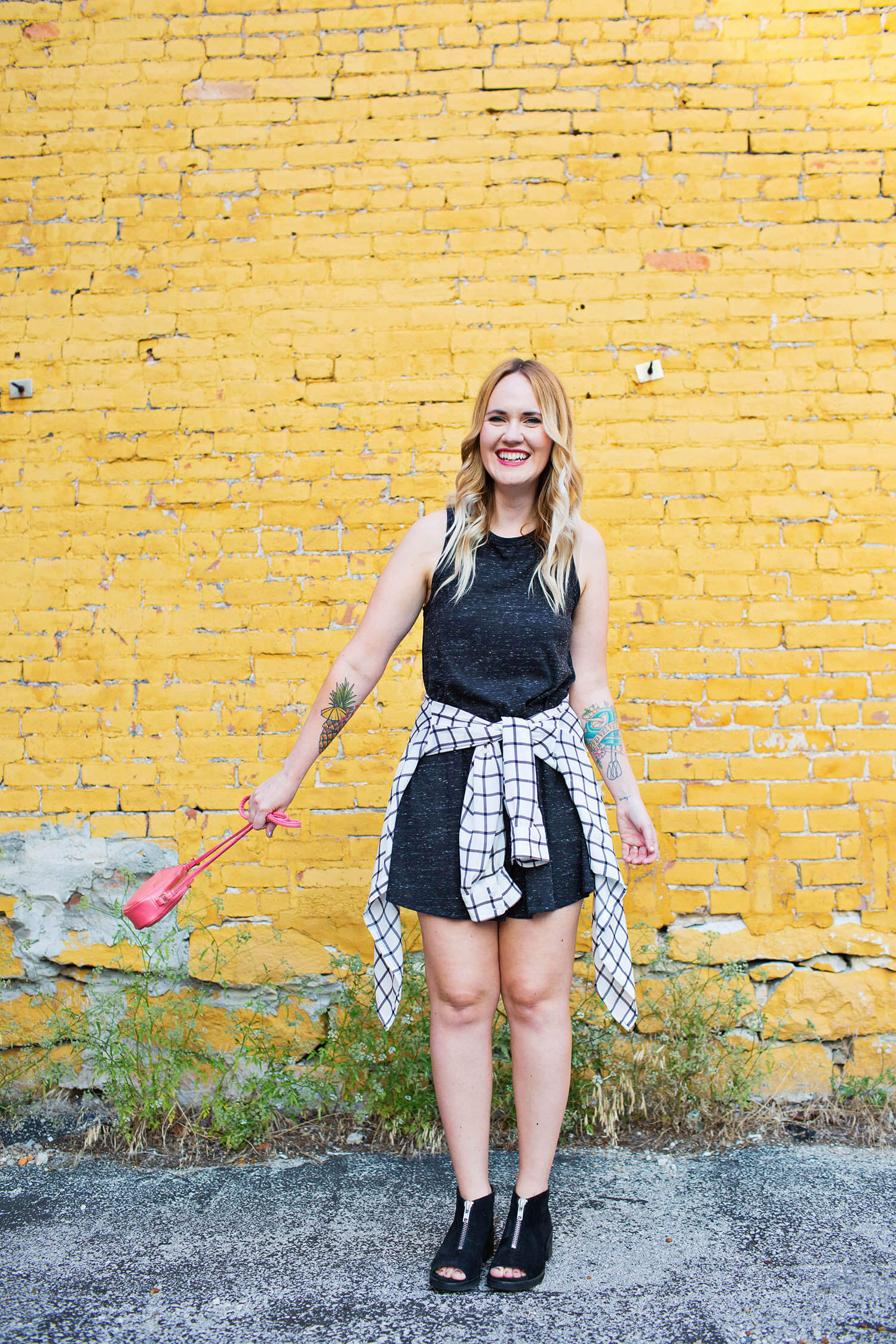 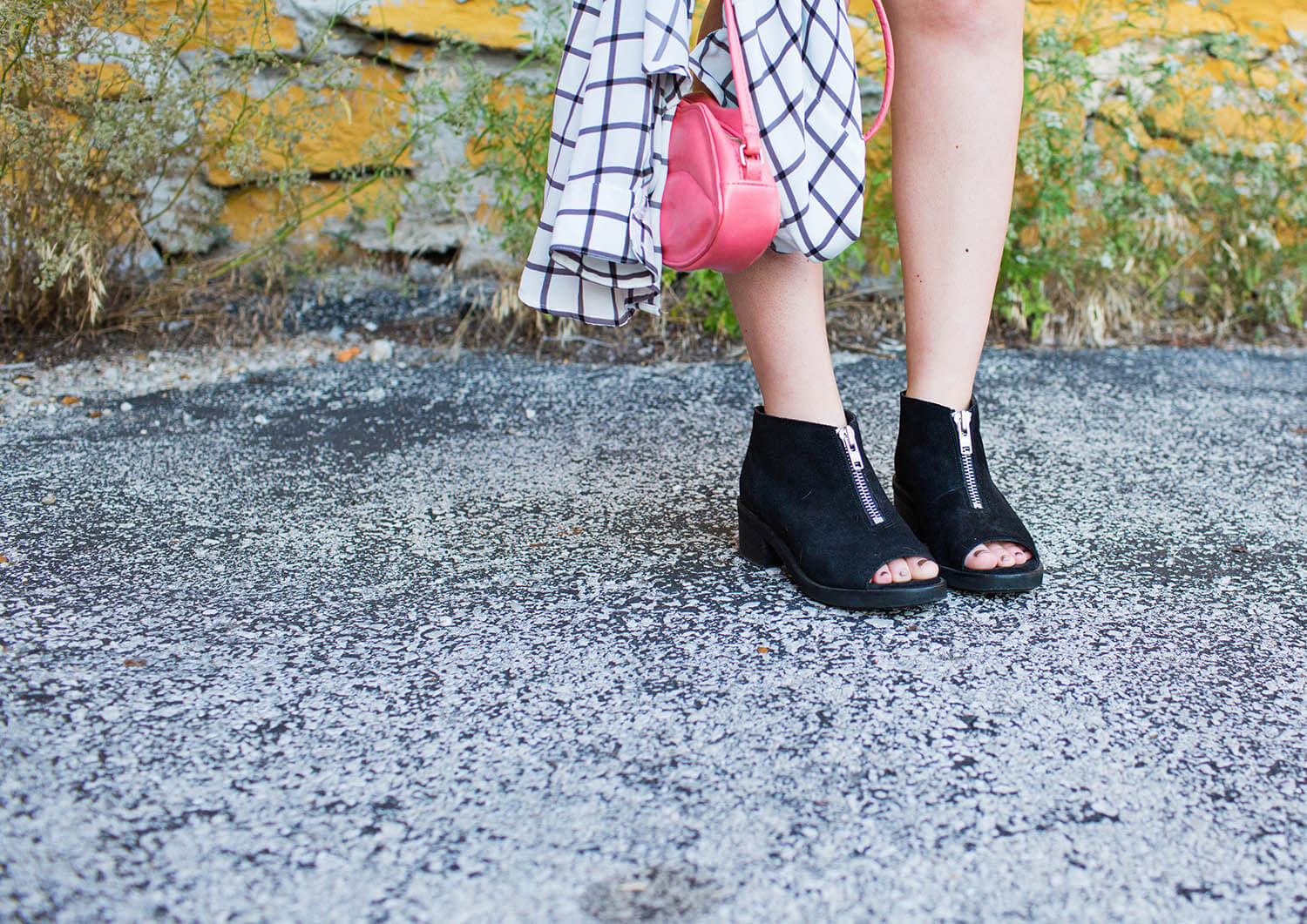 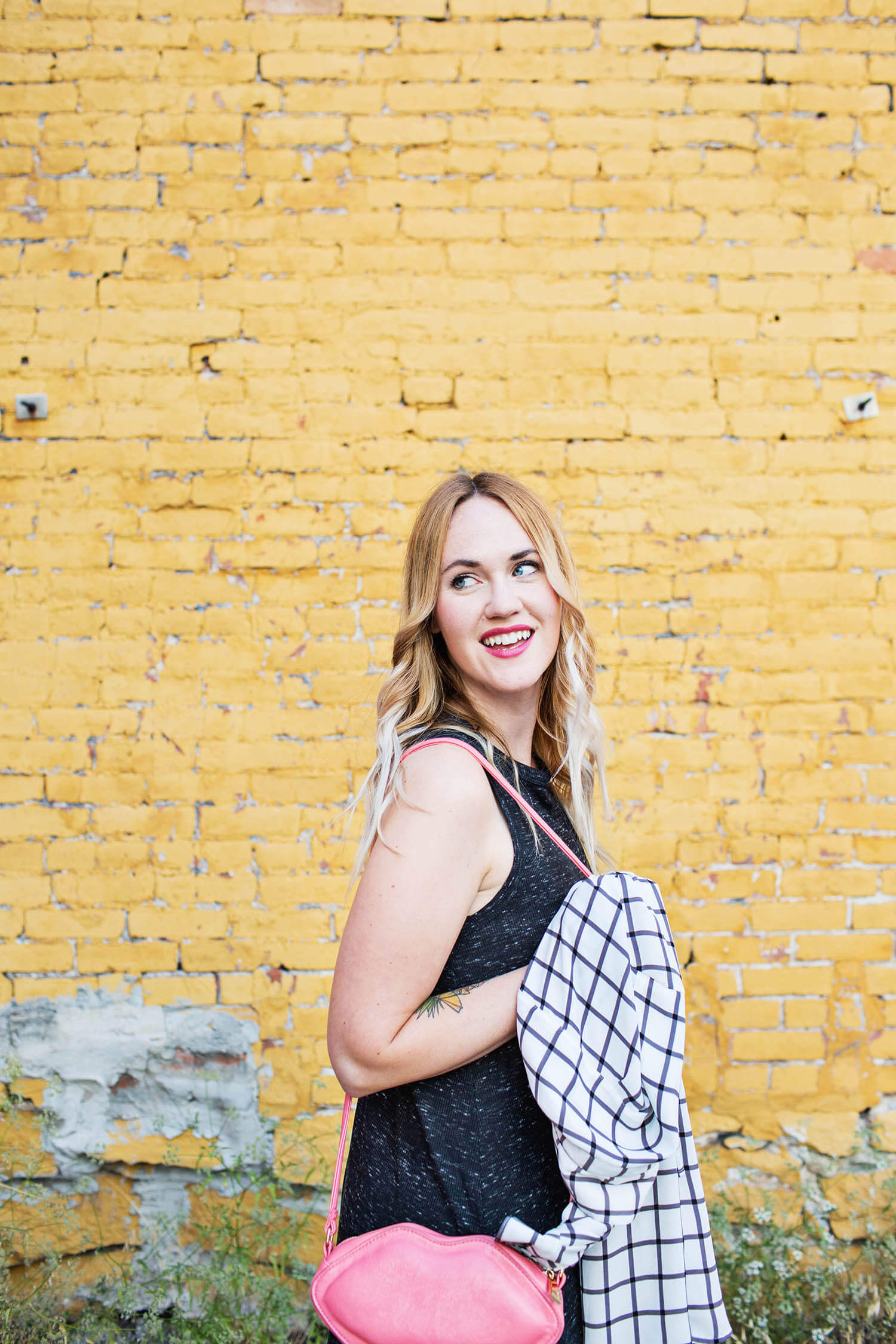 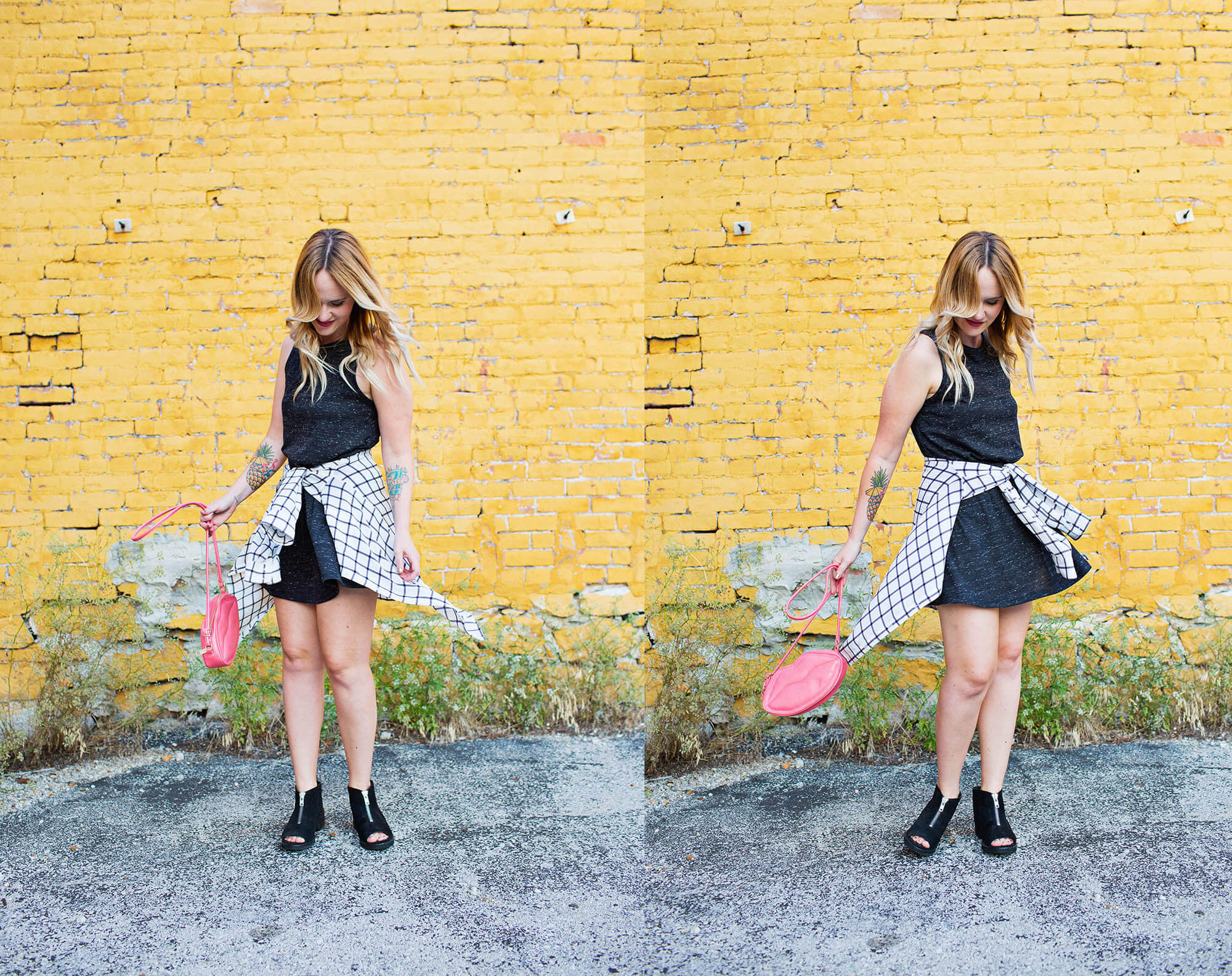 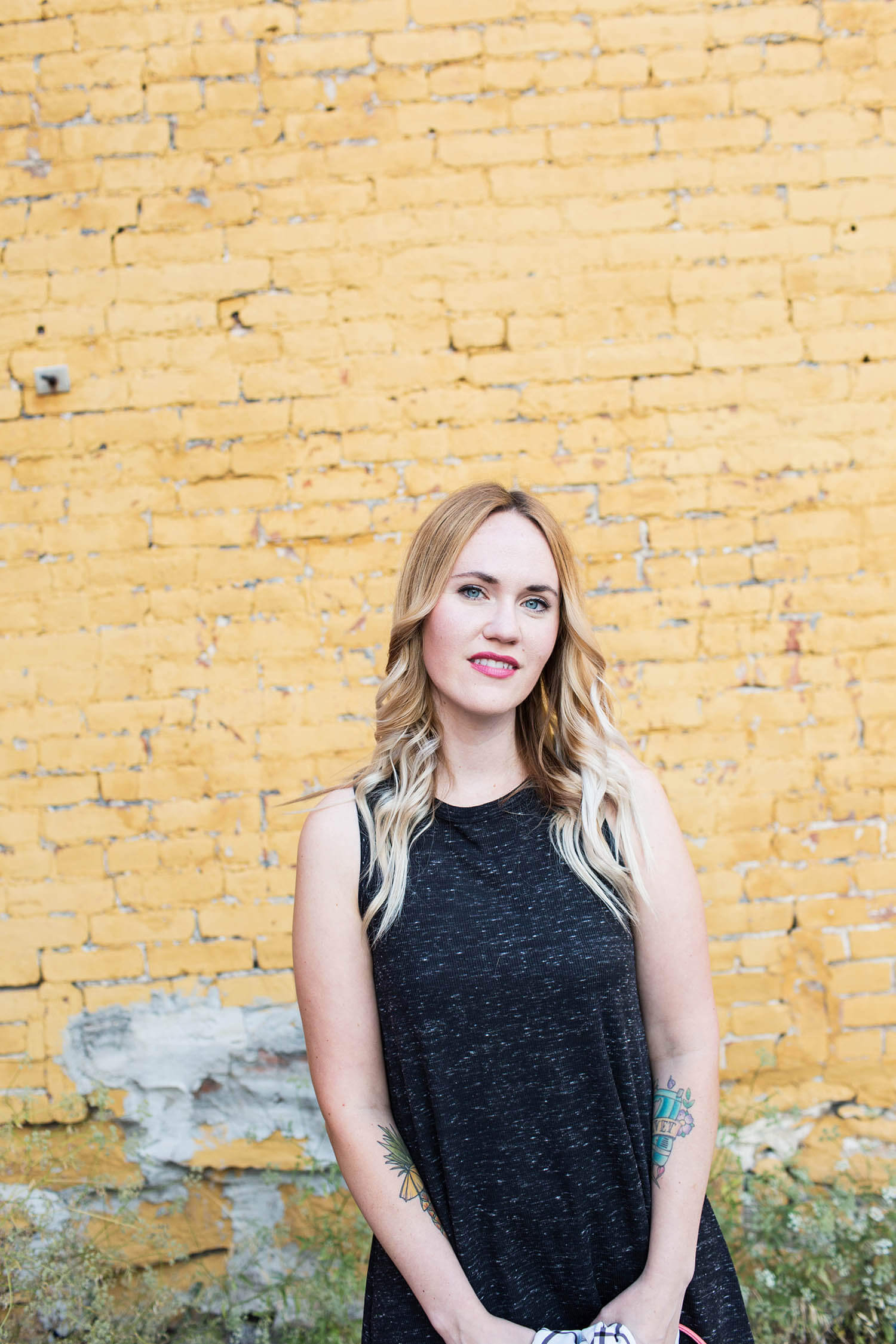 If you follow me or Elsie on IG (or Elsie on Snapchat), then you may know that I went to Nashville twice within the span of one month to photograph the cookbook with Elsie at her house (mostly in her sunroom). We wrote our portions of the book apart, texting or emailing things back and forth. I even have an album on my phone called “cookbook uglies” that is all photos of recipes we texted back and forth, mostly late at night when we were working on them. So they don’t look too appetizing in the dark, sometimes very yellow kitchen lights. We made sure to dress them up in pretty light for the book though. Don’t worry. 🙂

But, sometime throughout my visits, I started telling Elsie that I thought the next cookbook (that I’m imagining I’ll get to write – it’s not real… I don’t have another cookbook deal, guys) will be entitled, So You Think You Can Stir Fry?! It started off as a TV show idea that we quickly morphed into a book idea/inside joke.

We are just about wrapped up on cookbook stuff though, and I can’t believe it’s already over! Time feels like it’s just rushing by lately. We still have plenty of edits to do, and we still don’t yet have a cover pinned down or technically the official title. But we’re dreaming on those, and we CANNOT WAIT to share more with you guys as soon as we can. I am both dying to share and simultaneously terrified because I am SO nervous about whether anyone will like or read this book. I’m definitely at the stage where I’m overthinking everything about it even though it’s sort of too late in a lot of ways. Ah!!!!!! 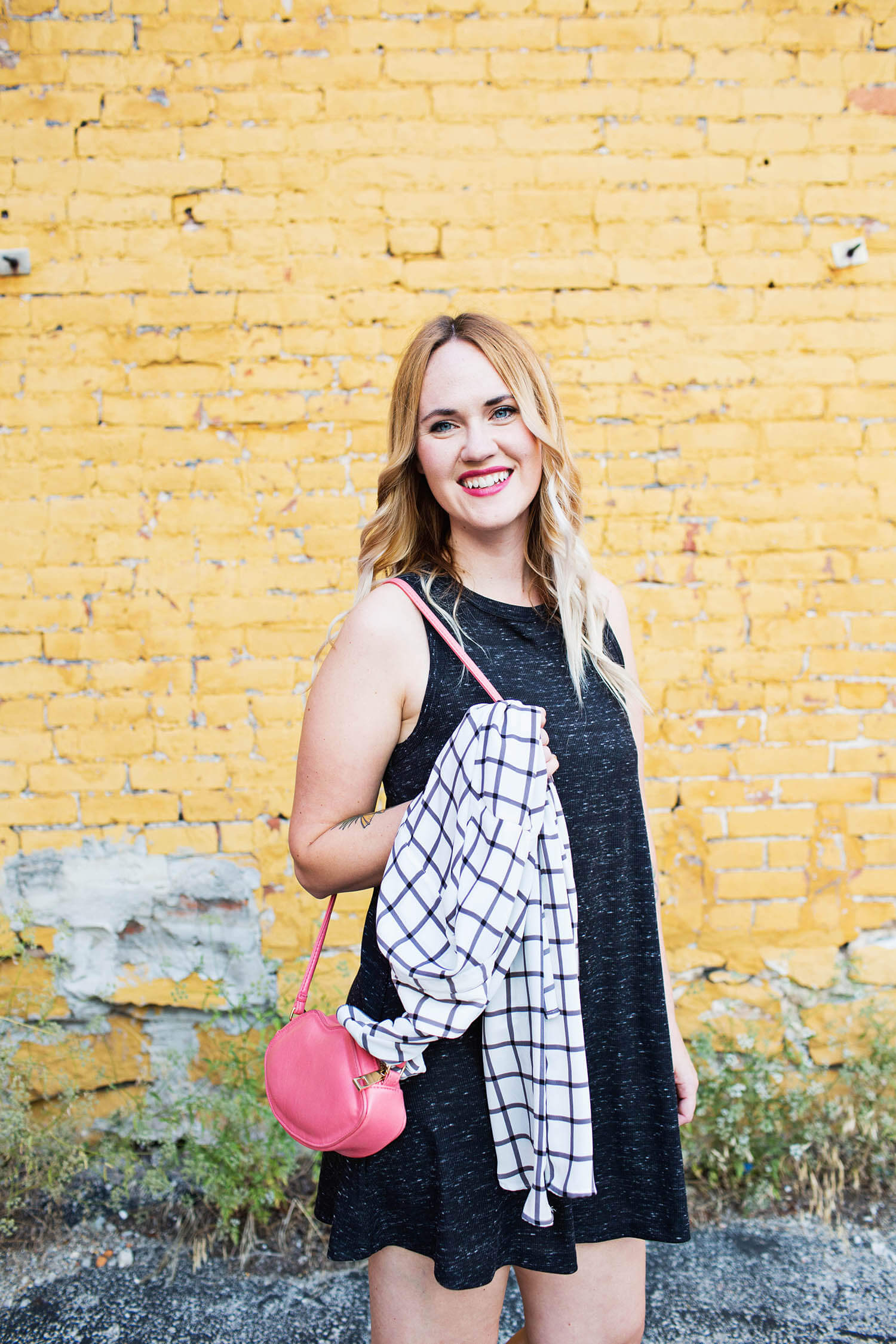 What do you think, sister? Any favorite memories from cookbook writing so far? 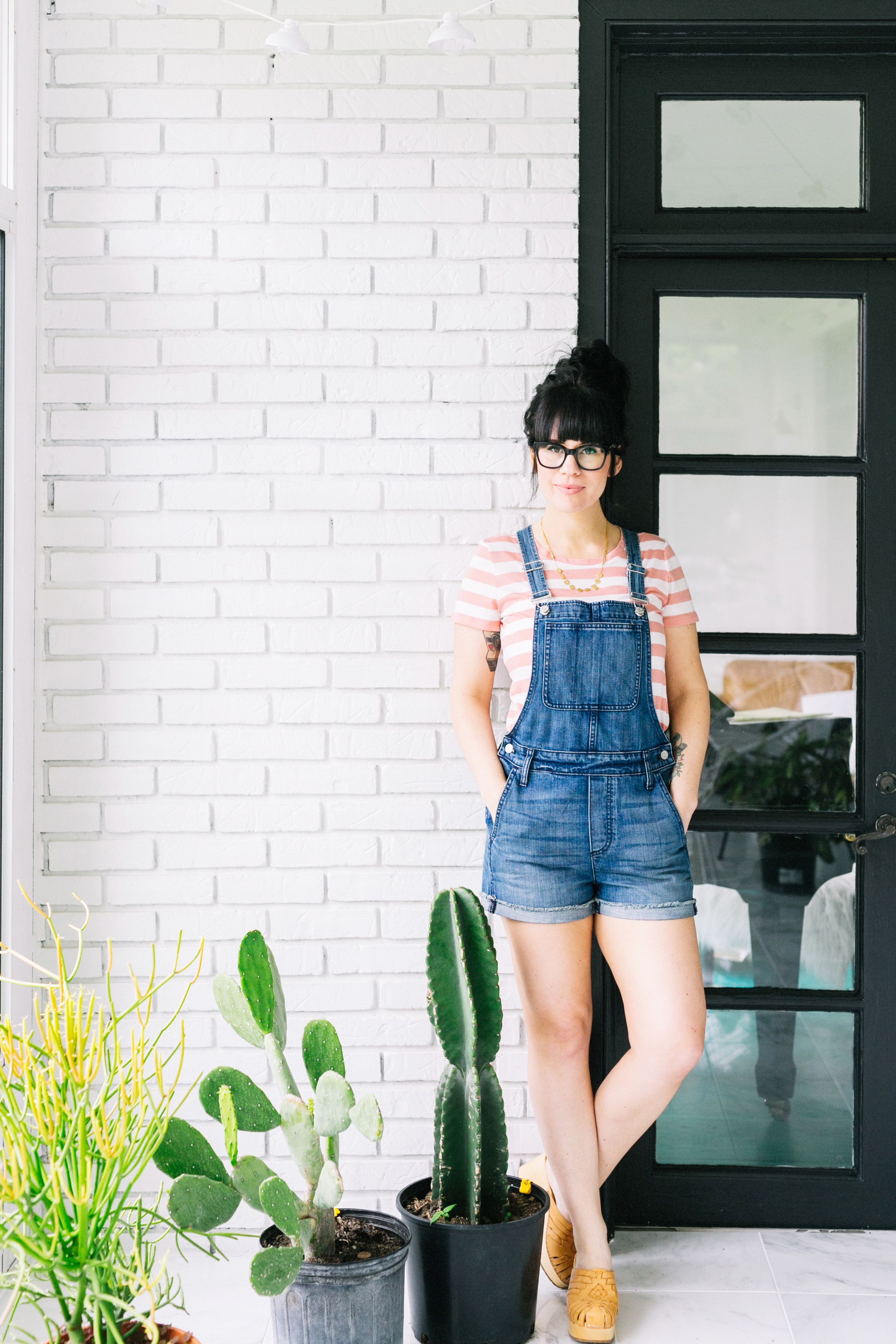 I had so much fun working on the cookbook! Not only was it the best excuse to have Emma in town for two whole weeks, but it went so much more seamlessly than I thought it would. It was super fun and hardly stressful at all. I guess it’s all those years of food blogging that fully prepared us?

The hardest thing about writing books is the extremely LONG wait after it’s done being written before it comes out. I’ve gotten used to it by now, but it feels very unnatural after all these years of blogging. When we write a recipe for the blog, it usually goes up within a few days… a week or two at the most. So it does feel very strange to have written recipes we are really excited about that you guys won’t get until next year. I don’t think I would have thrived as much in a pre-Internet world, you guys! Haha! 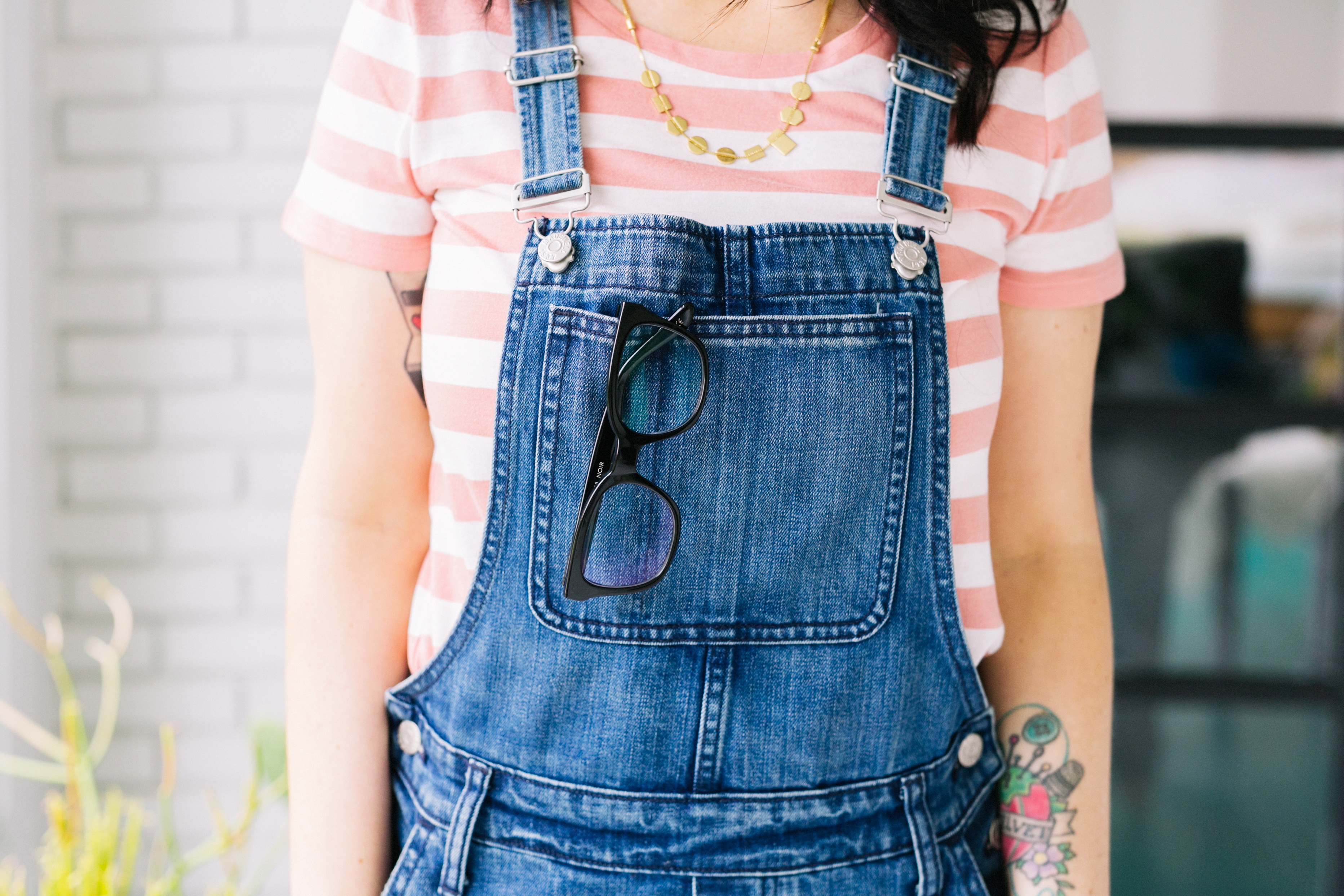 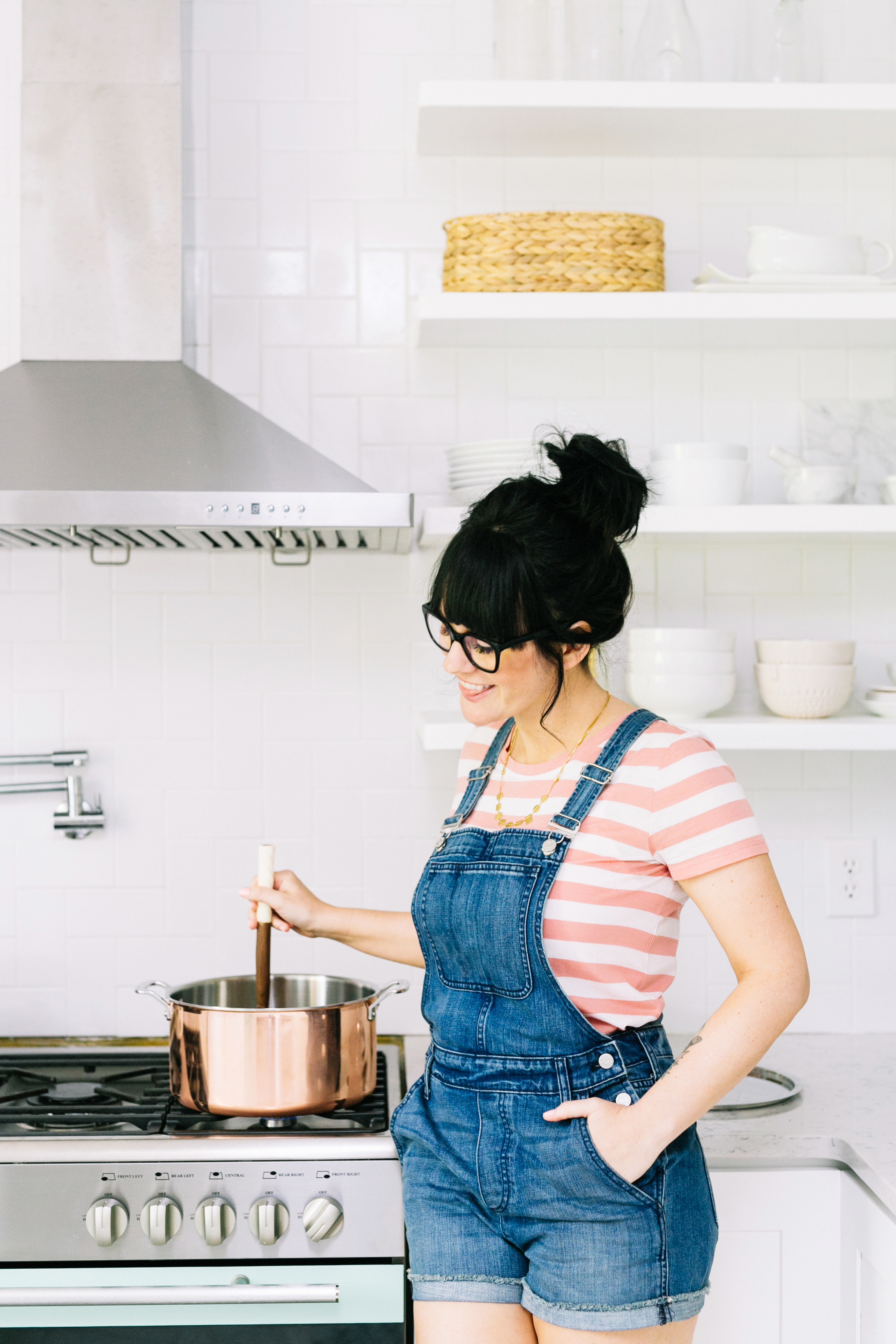 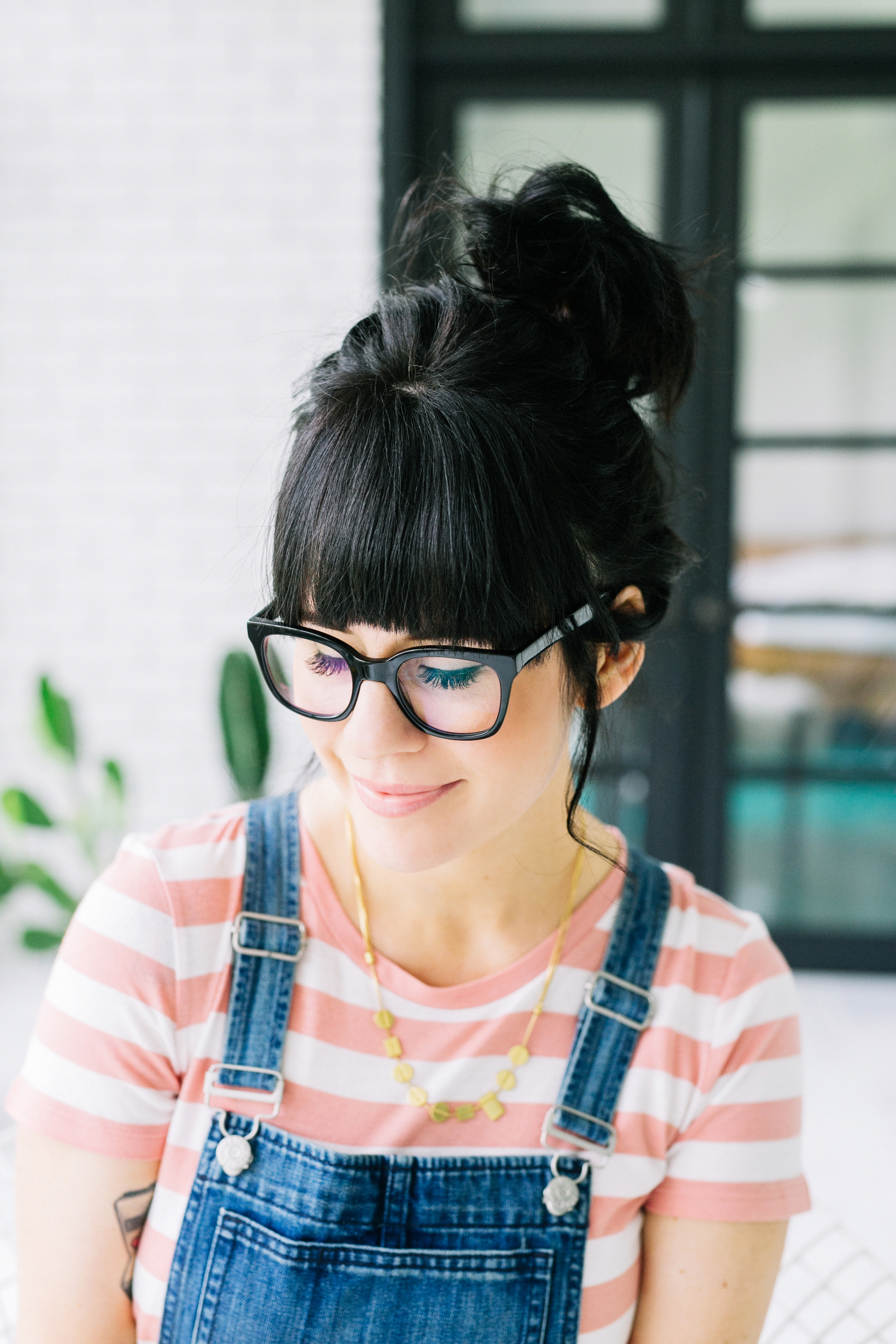 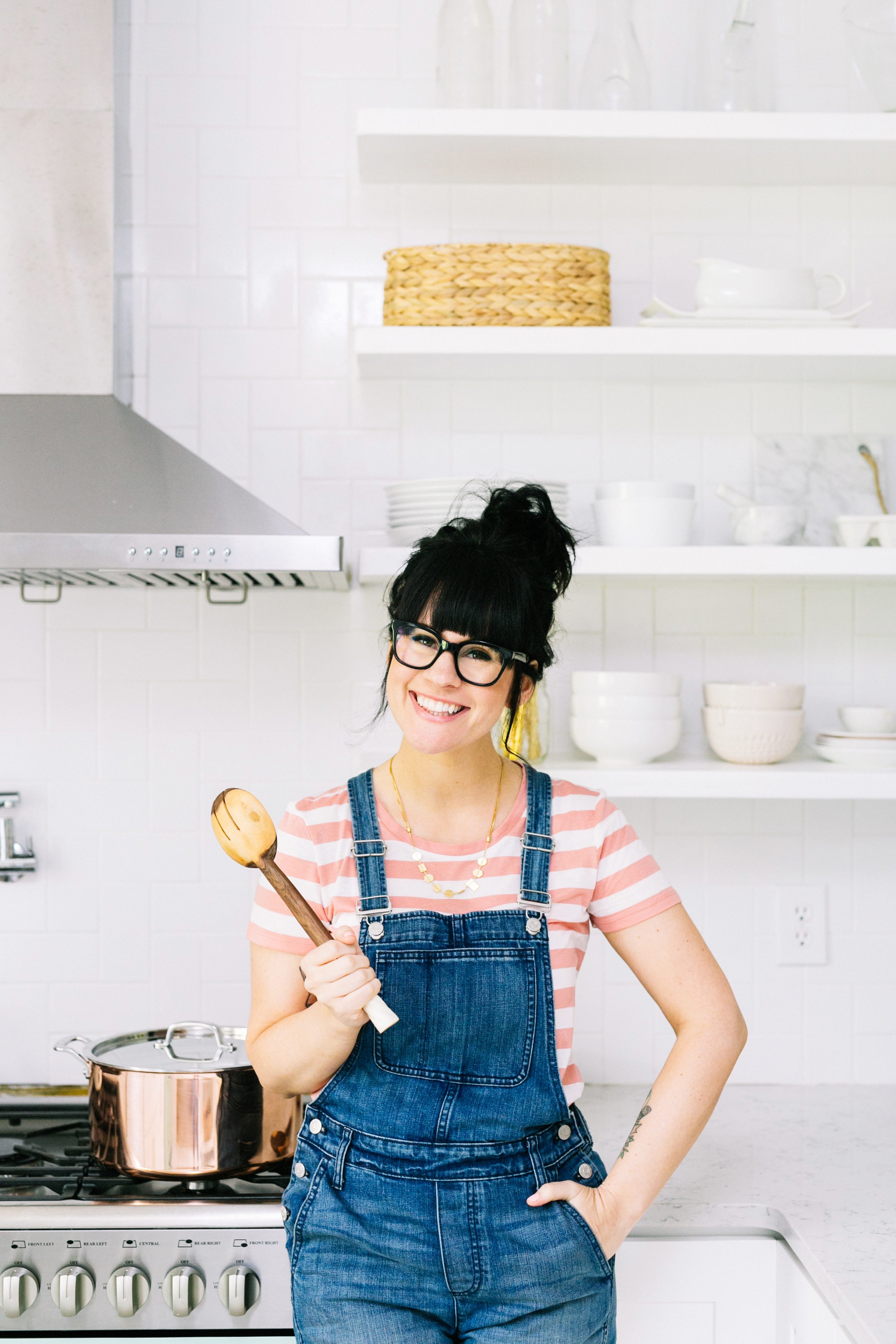 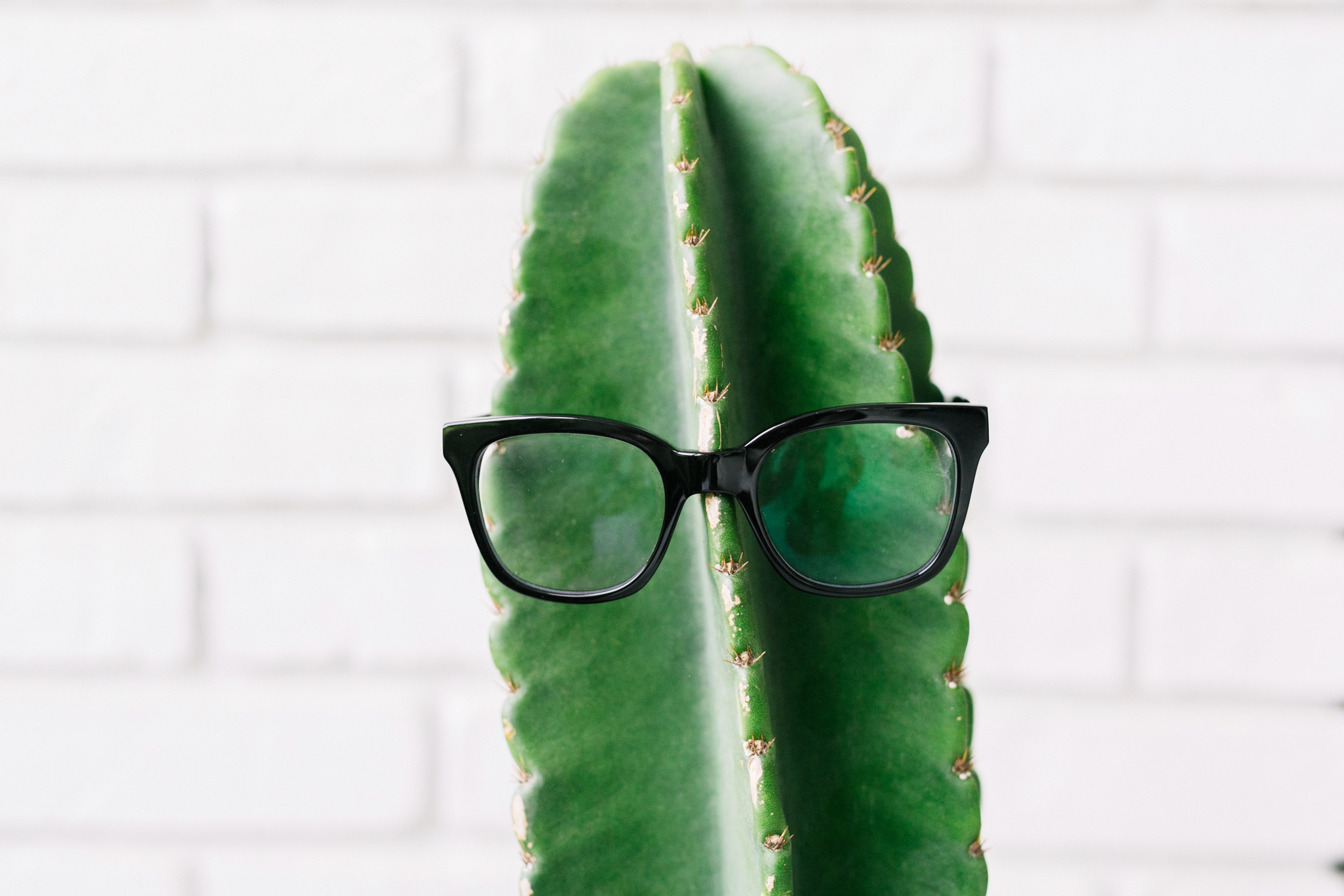 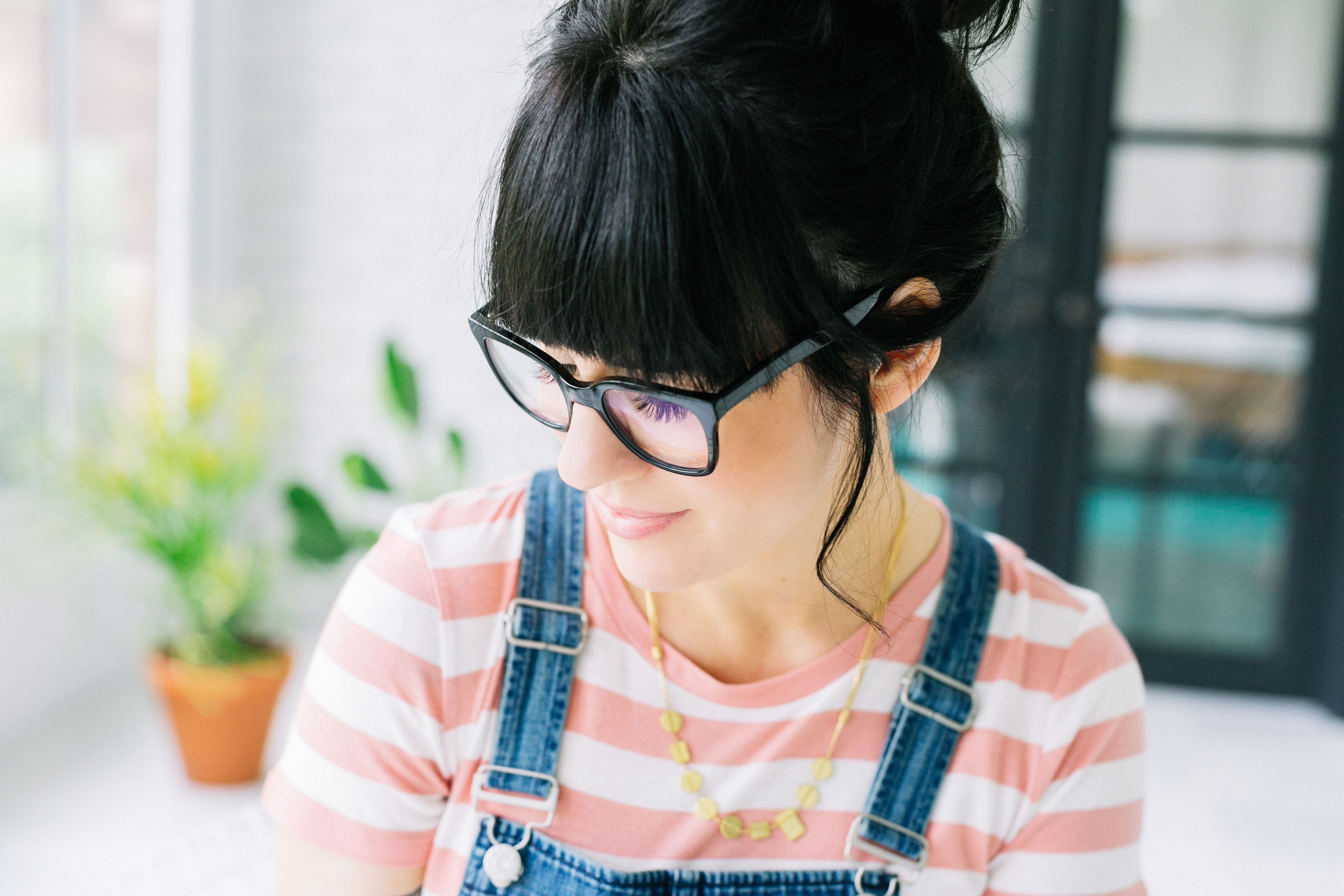 I am loving your hairstyle!

Love the purse. You are so good at getting the best our of everything!

Can I just say that the yellow brick is everything ! It brightened up my day:)

I love how down to earth you are and how you are real enough to admit your insecurities. I think you are both such lovely, beautiful women & I really enjoy reading your blog every Saturday afternoon while my toddler naps! Emma, your cookbook will be amazing and so successful. Relax and enjoy it–you are a rockstar!
Love, Emily

Love these outfits, especially the overalls and striped tee look! Wish I could pull of overall shorts!

I always love these sister style posts! It’s so cool that you two can continue to do them, even if you’re living in different states. Thinking I might need to scoop up a pair of overalls….

I’m in love with that outfit Elsie! As always i love both your style but these overalls with that lovely t-shirt, it’s perfection to me! 😉
xo
http://www.sevenlivesandmore.com/

I love the tattoos <3
http://simonaroxanahuidiu.blogspot.ro

Blogging brought us speed and instant joy when you need some quick recipe but I still love to take good cook book and find something interesting.

Soo cute! And I am loving her pineapple tattoo.

What a gorgeous place to stay. That bathroom is goals. Also beautiful job curating and editing your photos!

What a stylish cactus 😉

Hello! I started my blog today and hoping you would take a look at it 🙂

Love both outfits, but I especially love the combo of denim and stripes – where is that shirt from??

Ha! Everyone and her brother and sister and mom will get your cookbook. don’t stress it!! (;

Also, Elsie you look FANTASTIC in that first picture. those overalls were made for you!! that lighting + your coloring is a dream! and emma, you’re dress is darling!

ABM has a lot of loyal readers that are eagerly awaiting this book. We will buy it to support ABM, but also because it will be a wonderful book that we will greatly enjoy!!

I love the cactus with the glasses! Lovely outfits as always and I look forward to seeing your cookbook! – Becky x

Y’all adorable! Also, as soon as I can pre-order the cookbook I’m going to! I love your recipes on the blog, so I am super excited about the book!!! ??

You are both so cute I can’t take it!

I love both your outfits, girls! <3
Also, I’m so excited about your book. You have great ideas and I love your food photography 🙂 Cheers!