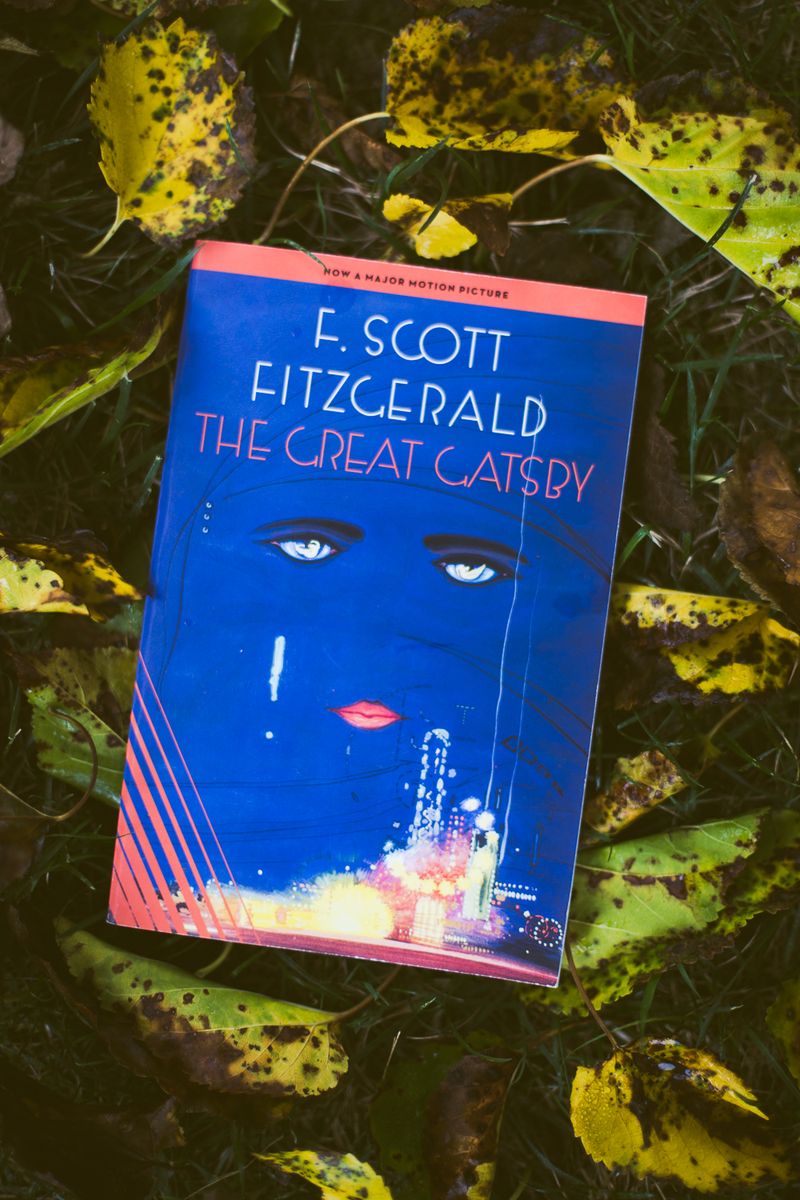 Happy Halloween! Did anyone read The Great Gatsby with me this month? Does anyone remember reading it in high school and want to join in?

I have a few confessions before we get started. First, I did read The Great Gatsby

my junior year of high school, but I didn't remember a thing. Okay, that's not true. I vaguely remembered Gatsby's sprawling lawn being talked about a lot. But when I selected this book I was excited because I felt like I would be approaching it with completely fresh (albeit 12 years older) eyes.

Second, I read half of the book and listened to the other half (the audio book is performed by Jake Gyllenhaal and is awesome!). This is the first audio book I've used in a long time, and it reminded me how entertaining they can be (and how great it is to be able to "read" and walk or knit at the same time).

And third… I really slogged through the first half of this book. In some ways I felt like I was back in high school with a reading deadline, and it was hard to make progress. But then the second half— chapters 6-9—FLEW for me. I couldn't put it down/stop listening. For me, the characters and the plot really came alive. 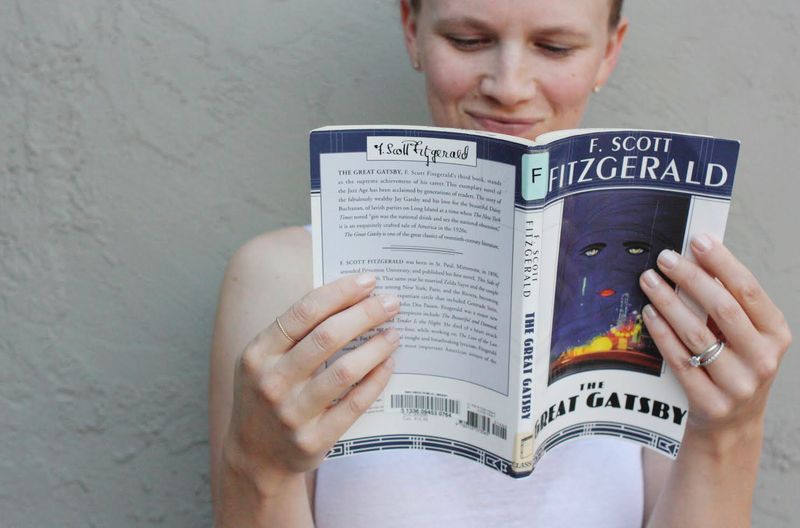 So on to the meat of this discussion.
1. Was this your first time through or did you re-read like me? Did you struggle to connect like I did in the beginning? Were you enthralled the whole time? Did you ever engage with the story? I'd love to hear.
2. What do you think about Nick as the narrator? I thought it was an interesting choice to basically have a "bystander" tell the story in first person when Fitzgerald could have just as easily "told" the story in third person. Nick knew everything. He knew about all the relationships. He knew who was really driving the car. The characters confessed a lot to him so we, the audience, could have a front row seat to the action. But Nick, while part of the whole thing, doesn't do much to drive the plot.

I thought it was so interesting how the story opens :

In my younger and more vulnerable years my father gave me some advice that I’ve been turning over in my mind ever since.
“Whenever you feel like criticizing any one,” he told me, “just remember that all the people in this world haven’t had the advantages that you’ve had.”

It's almost like Fitzgerald is saying, "Hey, these characters are all pretty screwed up, but let's not judge them too much and let that get in the way of this story, okay?"

3. In the end, Gatsby (The Great, which turns out is sort of ironic) dies in a quick—not really part of the action—way. We don't see it. We don't read much detail about it. It's just over in less than a paragraph. This flawed and somewhat fraudulent main character dies and then no one really cares enough to go to the funeral. What did you think of that? What sort of a statement do you think Fitzgerald wanted to make?
4. How did you feel at the end? Did you like any of the characters? I didn't really. It almost felt like watching a reality television show from the 1920s. Everyone's crazy and has too much time on their hands. But somehow I'm intrigued… and sad.
I would love your thoughts on these points and any others. I will be responding in the comments. Thank you so much for reading and chatting with me! -Elise (blog & Instagram)
P.S. Don't forget to pick up your copy of Not That Kind of Girl