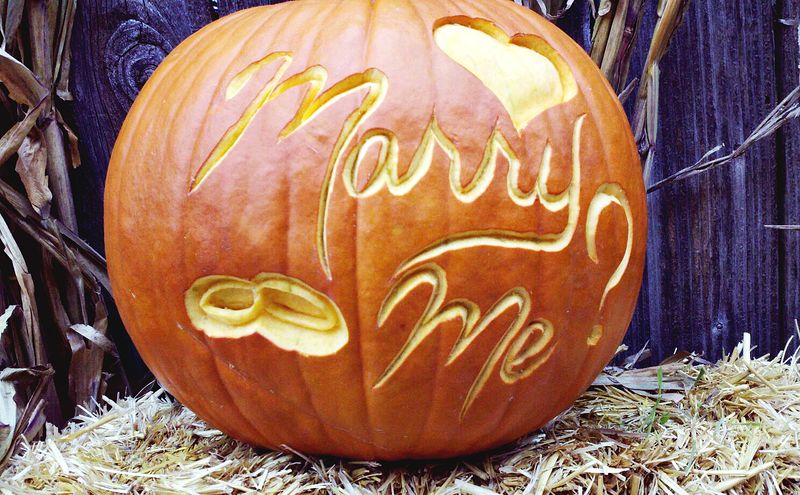 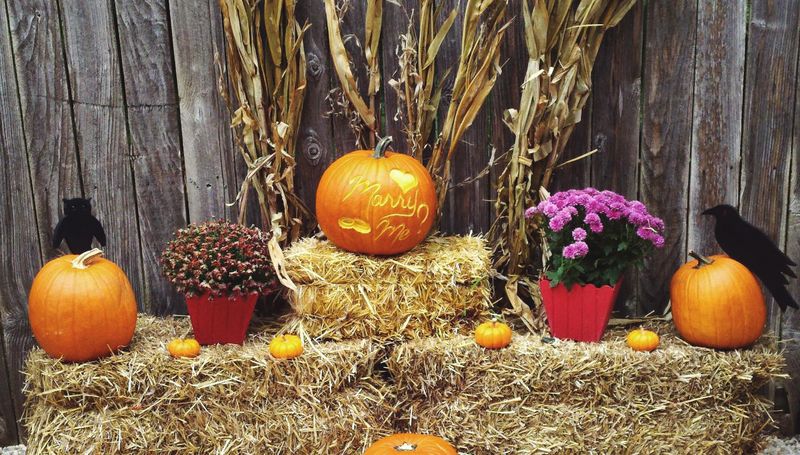 My friend, Lauren, has the most A-MAZING proposal story from this season. I was tearing up when she told me, so I asked her to share it here on the blog…

"When I realized what he was doing, I kinda went into shock! We've been dating for 9 years, so when it was happening, I couldn't believe it! Finally. I came home from work, and he had it set up in our patio. He said he was trying to decorate outside and wanted me to check it out. When I saw it, I didn't even think about it. I was curious why he was doing that… haha. He pointed at the big pumpkin and said he tried to carve it but messed up and wanted me to look at it. He had the marry me pumpkin turned around to the fence, so I turned it. The moment I saw the M, I fell apart. I turned, and he was on his knee and proposed! After we composed ourselves, he had champagne chilled on the patio, and we had our first toast!"

PS. Don't forget. Submissions for our pumpkin carving contest are due tonight by midnight CST. xoxo!