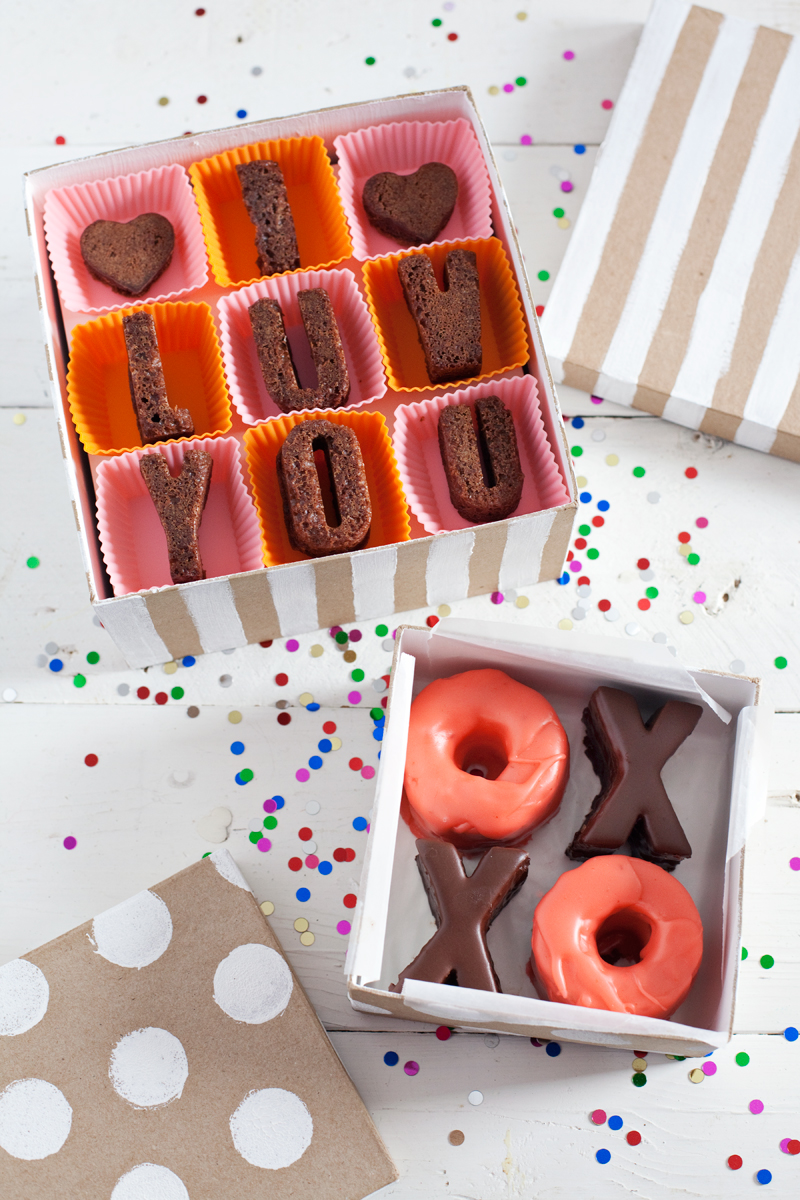 I love making fancy edible gifts, and receiving them, too! Valentine’s Day is a great chance to cure my holiday season baking withdrawals and get back into the kitchen to whip up some pretty treats. I have a habit of collecting baking accessories like some girls collect jewelry, and I recently purchased some alphabet cookie cutters and molds. I decided to put them to use for typographic Valentine’s Day treats, and with a quick paint job on these paper mache boxes, I had some nice little homemade treat boxes to give to my friends. 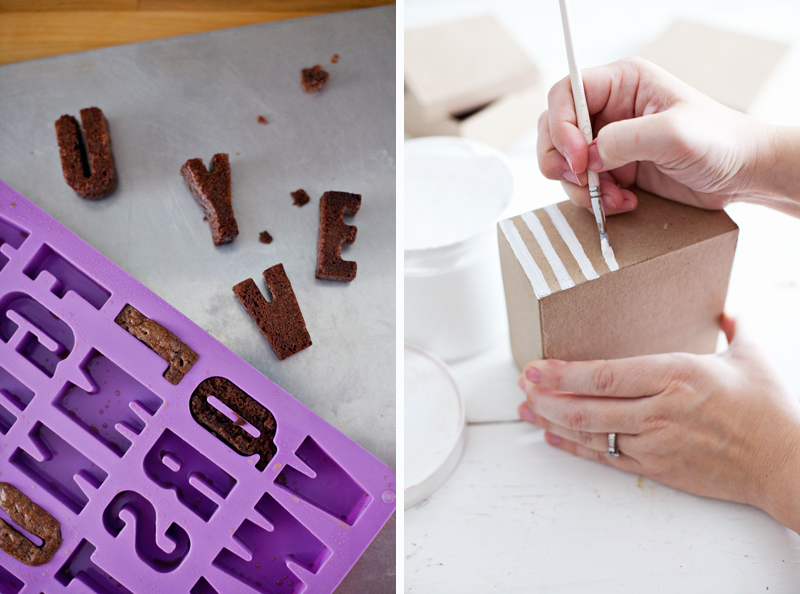 Step One: I used an icing piping bag to fill select letters of my mold with brownie batter. (I cut the Q shaped brownie to make another U.) After baking the brownies in the mold until a toothpick inserted into the brownie comes out clean, I allowed them to cool. Then I put them in the freezer for a couple of hours to harden them. This made them less brittle, allowing me to easily pop each brownie letter out of the mold.

Step Two: While the brownies were in the oven, I began painting my paper mache boxes. I hand painted stripes with Gesso because gesso is thicker than paint and will be opaque after just one coat. I also used a paint dabber to make polka dots on another box. I painted the inside of the boxes with two coats of gesso. 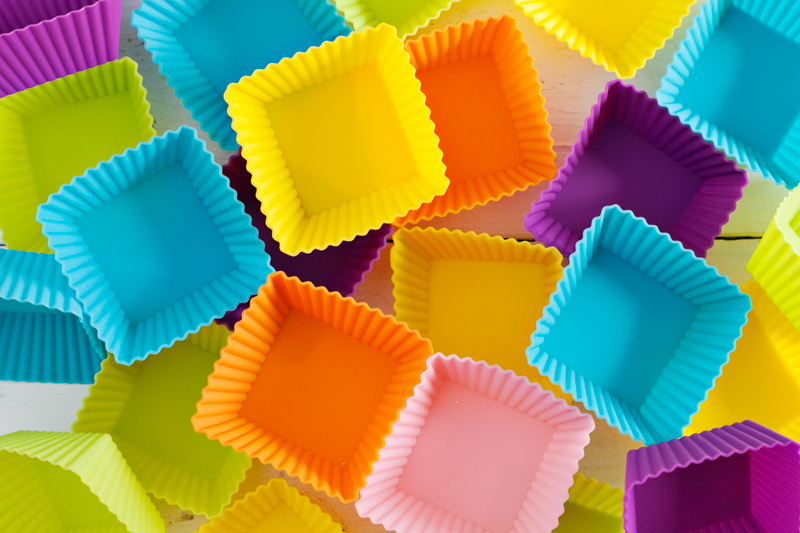 Step Three: I used square-shaped baking liners because they fit better into a square box to make a checked pattern. These liners are reusable silicone liners that you can actually bake right inside of if you’d prefer to just make mini cakes for your treat boxes.

Doesn’t it look fun? I lofted this top layer of brownies with a piece of card stock. You can fit another layer of treats below. 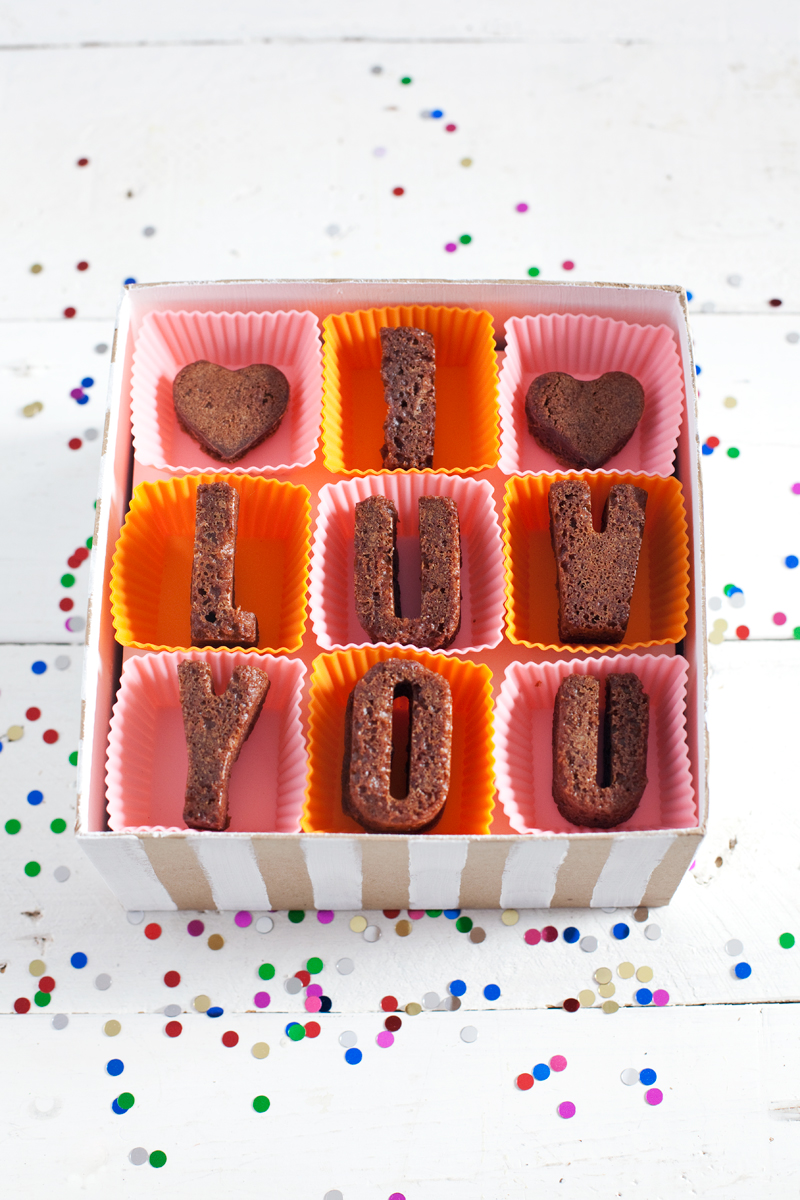 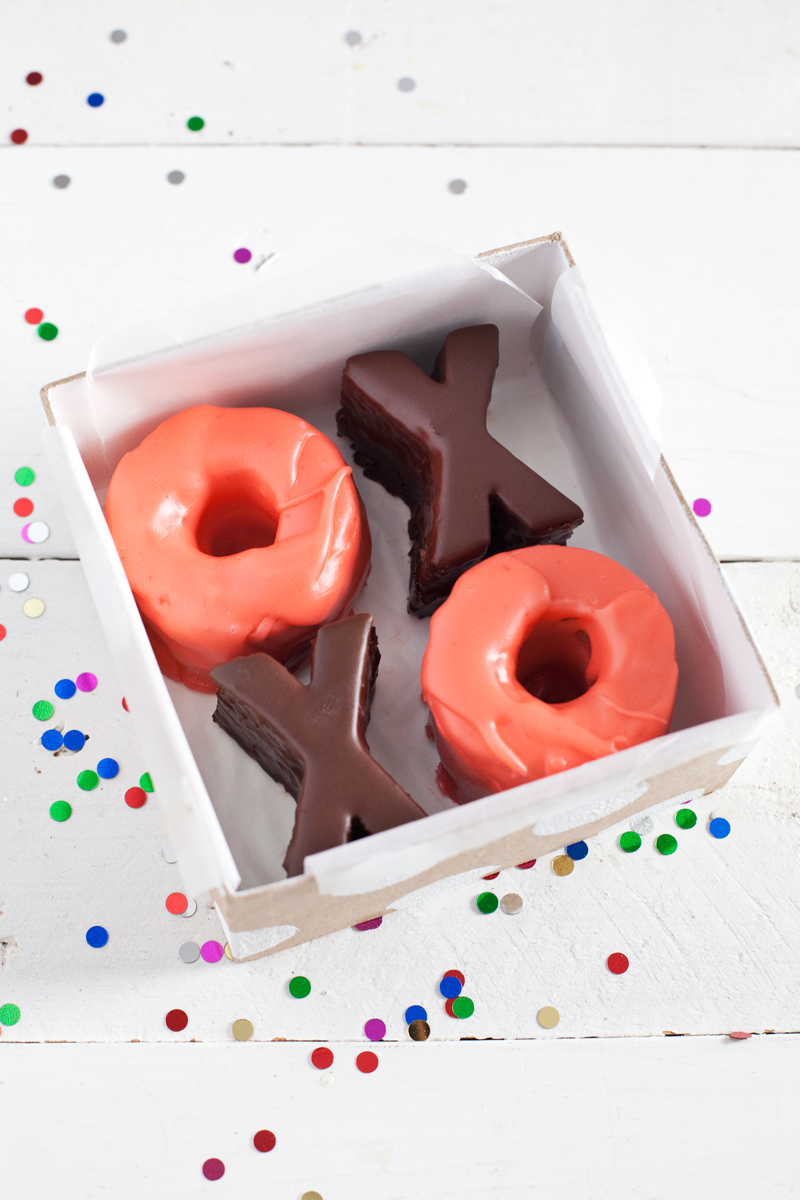 In addition to the alphabet brownies, I wanted to make XO petit fours, but the cookie cutters I used were just a bit large for petit fours. So in the end I guess I made mini cakes in the style of petit fours, with half of them glazed in poured fondant, and the other half glazed with a chocolate coating. 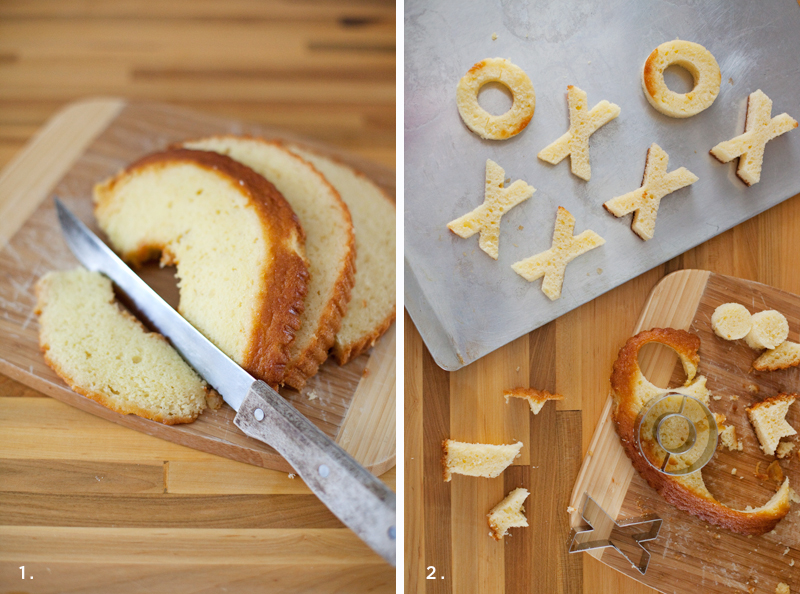 Step One: Cut pound cake into .75″ even slices.

Step Two: Cut out the pound cake into the Xs and Os using your alphabet cookie cutters. 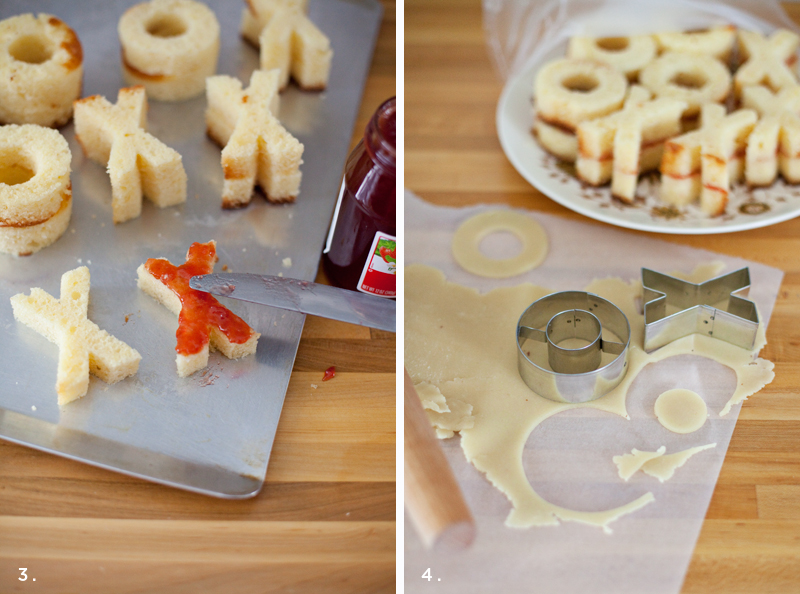 Refrigerate the finished sandwiches for at least two hours. This helps all of the layers to really come together. Make sure to cover the sandwiches or keep in an air-tight container. 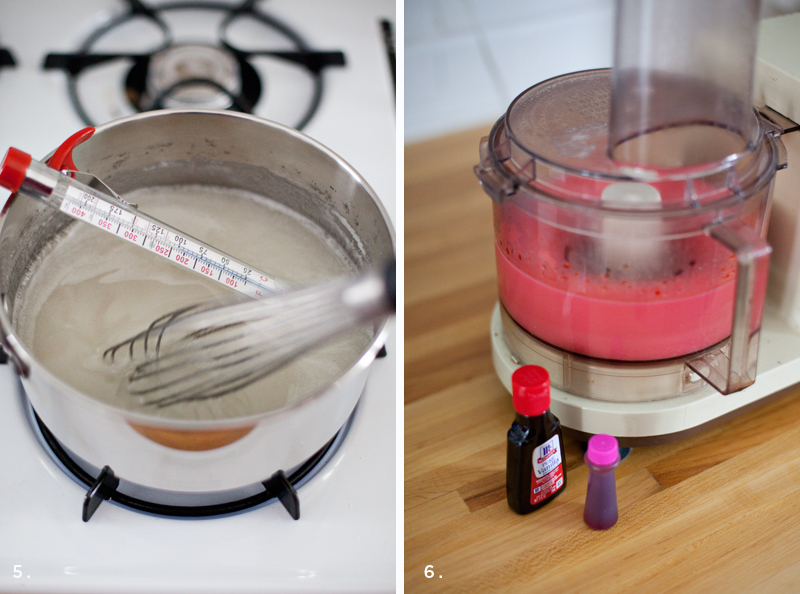 Step Five: Combine the sugar, water, and syrup in a pan to make the poured fondant. Stir until the mixture reaches the soft ball stage (which should be marked on your candy thermometer. Pour the syrup into a food processor and allow to cool to 140 degrees F.

Step Six: Add the coloring and vanilla extract to the syrup and process for 2-3 minutes. Transfer to a microwavable bowl suitable for dipping the cakes into the fondant. 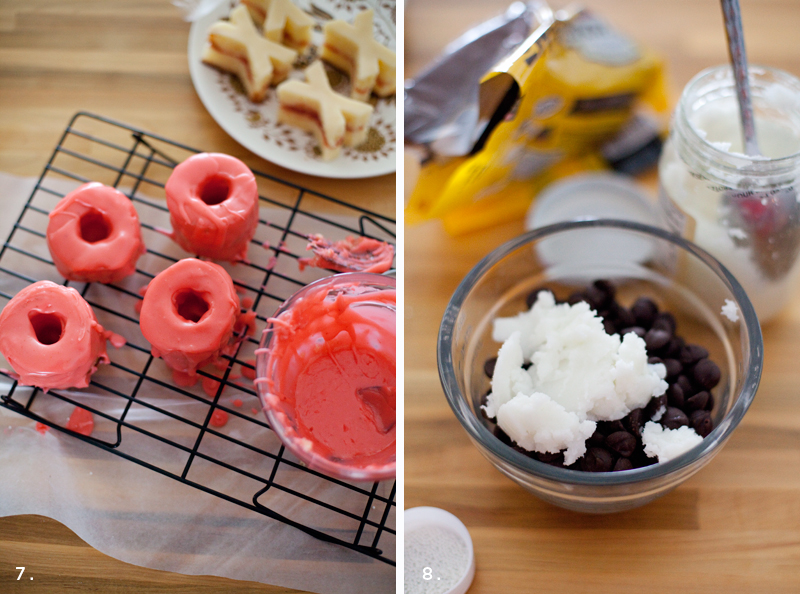 Step Seven: Dip the room temperature cakes into the fondant and place on a cooling rack. I had to microwave my fondant to get it back to a runny liquid state in between icing each cake.

Step Eight: Combine coconut oil and chocolate chips ( I used about 1/4 C coconut oil with 2 cups of chips, but probably could’ve used less oil.) Melt in the microwave or using a double broiler just until the chips are soft. Stir and microwave until the mixture is just melted. Dip the cakes, place onto a cooling rack, and chill in the refrigerator until the chocolate has set up.

Coconut oil melts at body temperature, so be careful when handling the chocolate glazed cakes. 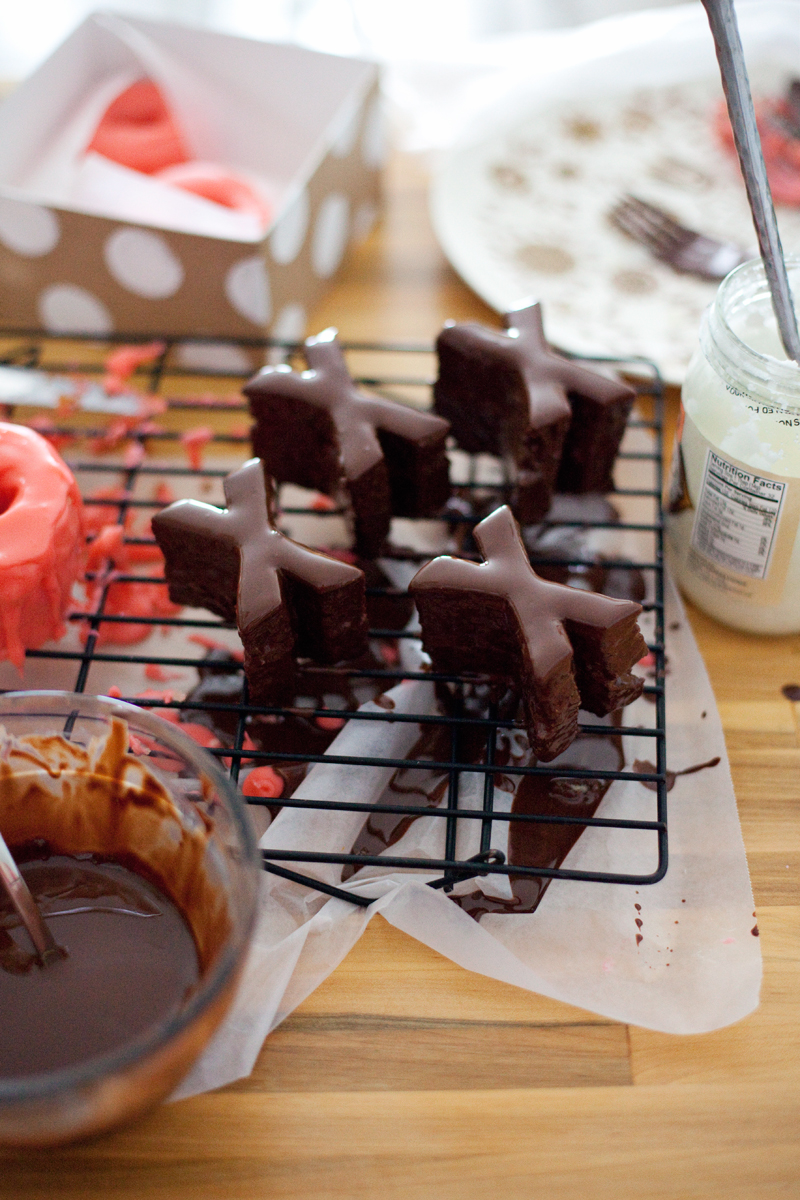 I lined a painted paper mache box with wax paper and place the cakes inside. They were a perfect fit in the largest these nesting boxes I had. Though a bit more time-intensive than regular glazed cakes, the petit four style of layering and glazing is so delectable. I can’t wait to make smaller versions, because I’m sure they are much easier to dip in the poured fondant. Brings me back to my American Girl tea party days! 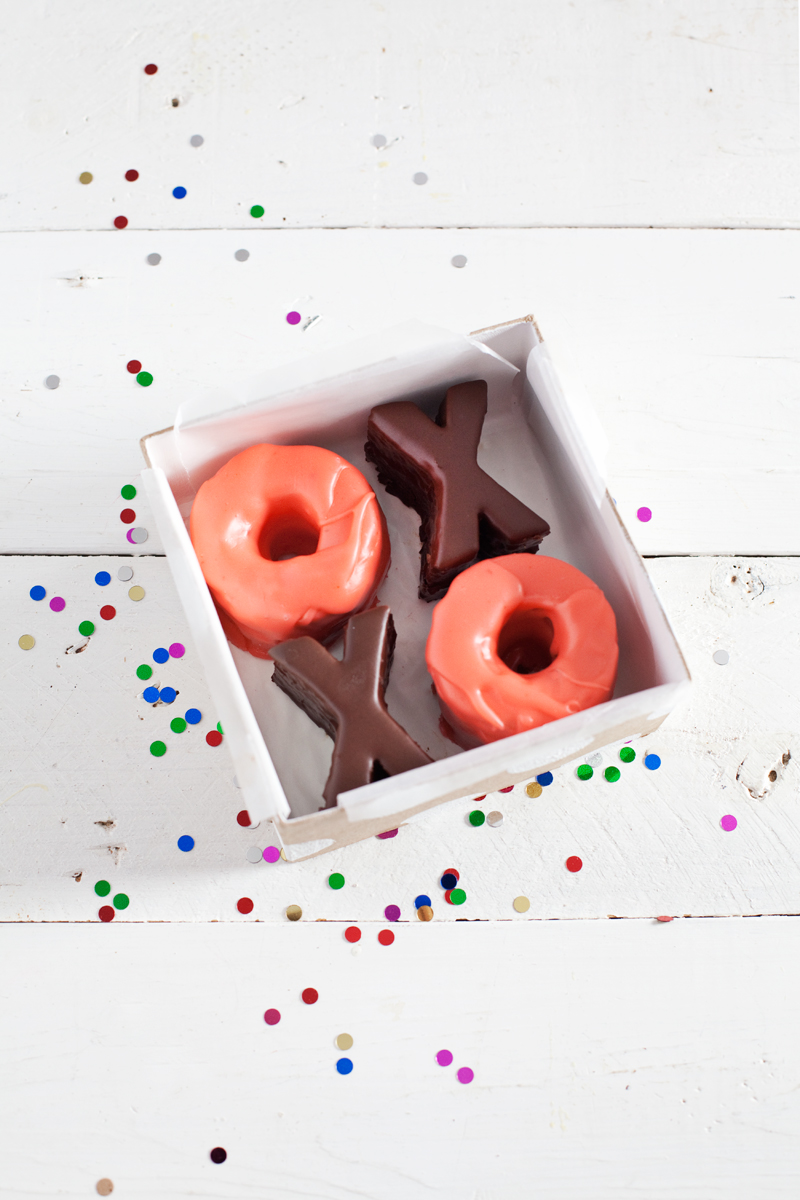 So special, and even more delicious. The perfect little valentine surprise for someone you love. –Mandi

Credits // Author and Photography: Mandi Johnson. Photos edited with Stella and Valentine from the Signature Collection.