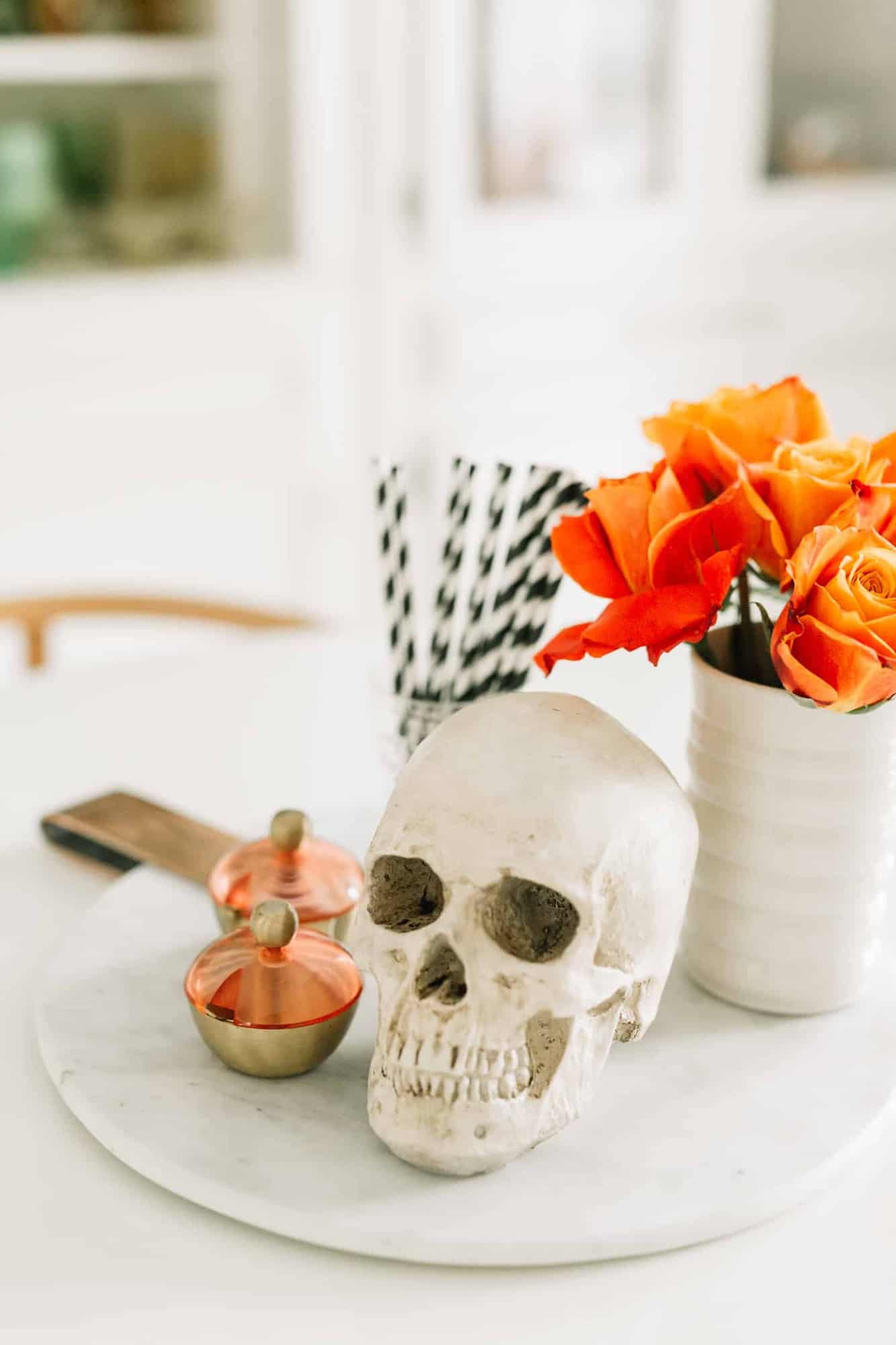 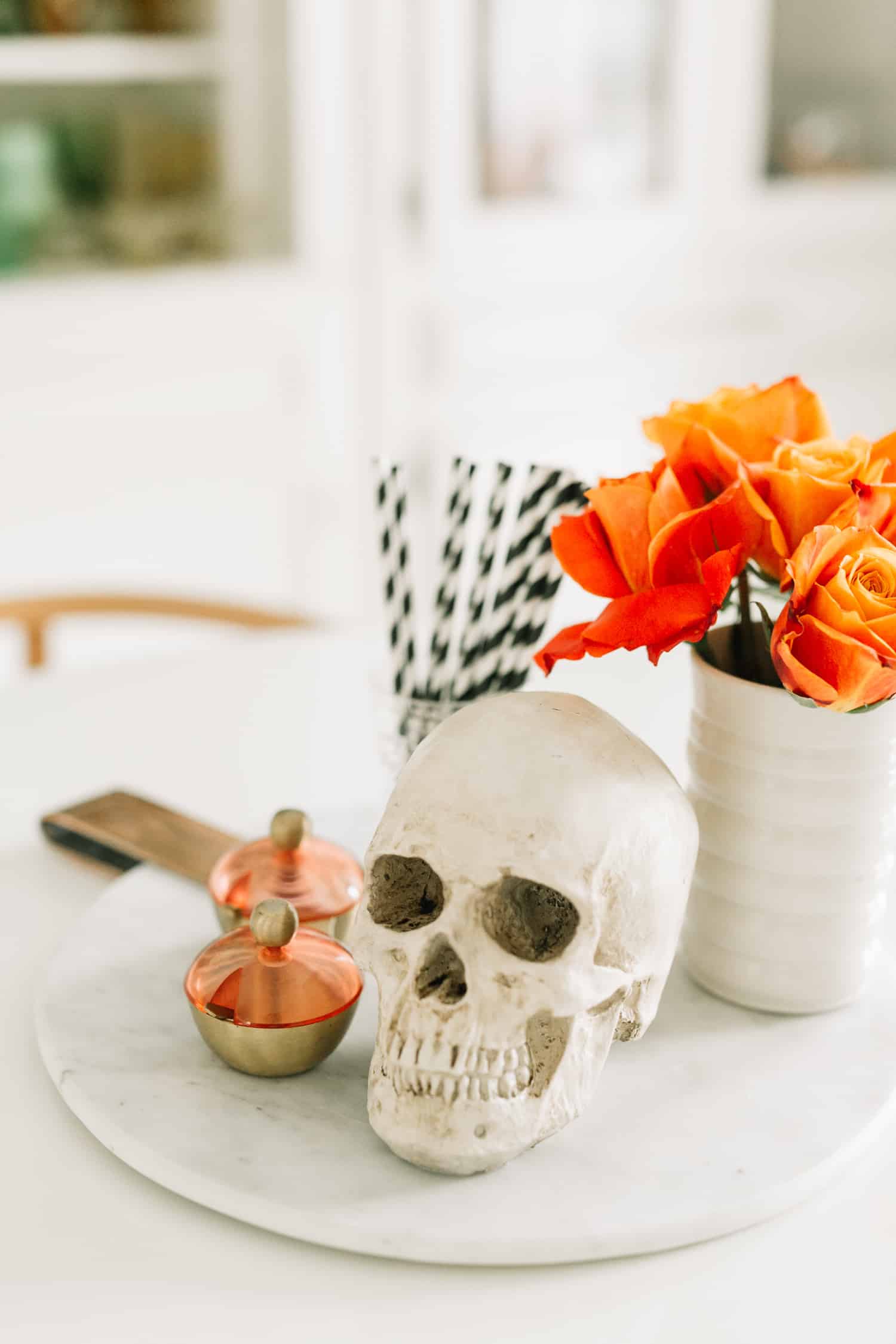 With Halloween coming up, I thought it would be fun to share a list of our favorite horror movies. Now, I haven’t always been a fan of horror, and I understand that some of you may not be either. So if you’re one of those people who thought Stranger Things was too scary, maybe just skip this post. Haha!

Alrighty—with that said, I have to admit I now have a soft spot for horror films. It was an acquired taste for me. When Jeremy and I were first dating, he was always wanting me to watch horror movies with him, and I always said no. But I found my gateway in the 1960s and 1970s films because I love all things vintage, and they are so stunningly beautiful.

Now get your popcorn and fuzzy blankets ready!

1. Rosemary’s Baby (1968) My favorite horror movie. It’s inspirational to my design brain but also just the right amount of freaky.

3. The Exorcist (1973) Probably the most disturbing movie on this list and one of the most offensive movies I have ever seen. I swear that older horror movies are scarier than new ones.

5. The Shining (1980) One of the most visually beautiful horror films in my opinion. Be ready for a slow build.

7. Blair Witch (1999) If you were one of the lucky ones, you watched this opening week when people still kind of believed it might be real.

8. Repulsion (1965) Impress any horror movie buff by recommending this one. It’s also beautifully sixties if you’re in the mood for a cool looking old movie. Great soundtrack too (Jeremy says!).

10. Eraserhead (1977) Couldn’t make this list without including a David Lynch film. Surreal and creepy.

Bonus points—Hocus Pocus (1993) because Jeremy wouldn’t let me put this on the list (snob), but I LOVE IT.

Thanks for reading! What are some of your favorites that we didn’t include on the list?? xx -Elsie + Jeremy too

If you mean Trick or Treat with Gene Simmons, you are the BEST!!

Wait, no Hitchcock?! WHUUUUUUT? Might I recommend The Birds, that’s my fave movie of all time and Tippi Hedren is incredible to look at and watch. Also, like, Vertigo, Rear Window, any Hitch-flick. And, c’mon, you gotta throw Stephen King a bone for the love of all things 80’s. Carrie, anyone?

Love love love It Follows and What We Do in the Shadows. I am so happy more people are going to be watching these movies because they are so amazing!!! Excellent list!

I didn’t watch any horror movies until I was in my twenties when I started dating Jeremy. I watched some halloween movies when I was a kid, though, like the Addams family when I was around that age!

Definitely follow your parental instincts. This movie list is not intended for children, it’s only intended for our adult blog readers. :)) xx! Elsie

Oh man. We’re just entering this season of horror films with our daughter. She is 9 and has nightmares pretty easily (makes it hard on all of us). What age did you start watching these movies? We don’t want to overprotect her but also want to sleep well!!!

What a great list. And, the other comments definitely added to it. Let the Right One In and Carrie are totally fab. And, The Shining is my absolute favorite. I’m not seeing “The Woman in Black” on here anywhere. I haven’t seen it since it came out, but I remember it being distinctly creepy.
Thanks for the great list!

I remember when the Blair Witch came out (along with the sequels). It scared me to death the first time I watched it, but every other time I watched it, I just laughed as it was no longer scary. Our favorite horror movies are Friday the 13th, so much so that every Halloween night our front yard turns into camp crystal lake: http://nuttyhiker.com/halloween-2015-night-of-screams/

No Suspiria? Dario Argento 1977 “slasher” film. The set design/interior of the ballet studio, where this film takes place, has always awed me with inspiration. Plus, it also has a good soundtrack.

Another good Argento film is Phenomena, with a very young Jennifer Connelly. She can telepathically communicate with insects, which helps to find missing persons.

I’m with you on the older ones being more terrifying. The Omen (1976) with Gregory Peck is right up there with Rosemary’s Baby. I mean, he’s just a little kid, right? Gah! Give Watcher in the Woods (1980) a try – to this day it’s one of the scariest movies I’ve ever seen and it’s PG! From Disney! That said, I still prefer Rocky Horror Picture Show (1975) for Halloween – not exactly horror, but at least I don’t creep myself out trying to turn out the lights and go to bed.

I LOVE horror movies and I’m so glad you like It Follows, that was one of my favorite movies of 2014. I’d recommend Unfriended, that movie was much better AND scarier than I thought it would be. I’m also always inspired by Tim Burton, so I really enjoyed Dark Shadows, The Nightmare Before Christmas and Coraline. I still need to see the new Blair Witch, especially since my name is Blair 🙂

I don’t like horror films. I can’t even watch horror movie trailers on tv…….I mean why do they go towards the door that’s obviously hiding the ghost/bad guy/evil thing! DON’T GO THERE! But my boyfriend likes them so I’ve let him show me a couple of “not so bad” ones. The one I liked was “the others”. I like twist endings and it wasn’t too scary.

Have you seen The Witch? Definitely one of my favorite recent scary movies. VERY unsettling. Tip: Watch it with sub-titles.

For horror with stunning visuals, you should check out Suspiria (1977) by Dario Argento.

Oh YES! I did see Blair Witch in theatres and totally thought it was real. (I was in the eighth grade, mind you). I can chart my aversion to horror films back to this moment. Perhaps related: I also have an aversion to camping 😉

Fun list! I have to add one recommendation since you had some classics on your list. A Girl Walks Home Alone at Night (2014) is such a fun, noir-y vampire movie. Since you’re a black-and-white loving gal, aesthetically I think you’ll fall in love with the cinematography, too!

Also, if your ears need a little boo-filled pop culture chatter, here’s a fun Halloween podcast episode you might have missed: http://www.vitalsocialissuesandstuff.com/episode-010-show-notes/

I’m not a huge fan of horror movies but since this is the season of spookyness I think I’m gonna have to watch at least one horror movie.

So many of my favorites listed here – Rosemary’s Baby, The Shining, Repulsion – Catherine Deneuve was so magnetic in the role! How is it so many horror movies have such incredible cinematography?! I wouldn’t usually categorize myself as a horror film watcher – until I saw screen caps of how gorgeous they were! I would also recommend Suspiria to you, another stunning (albeit bloody!) horror film I think you might like – it’s set in a BALLET SCHOOL! *___*