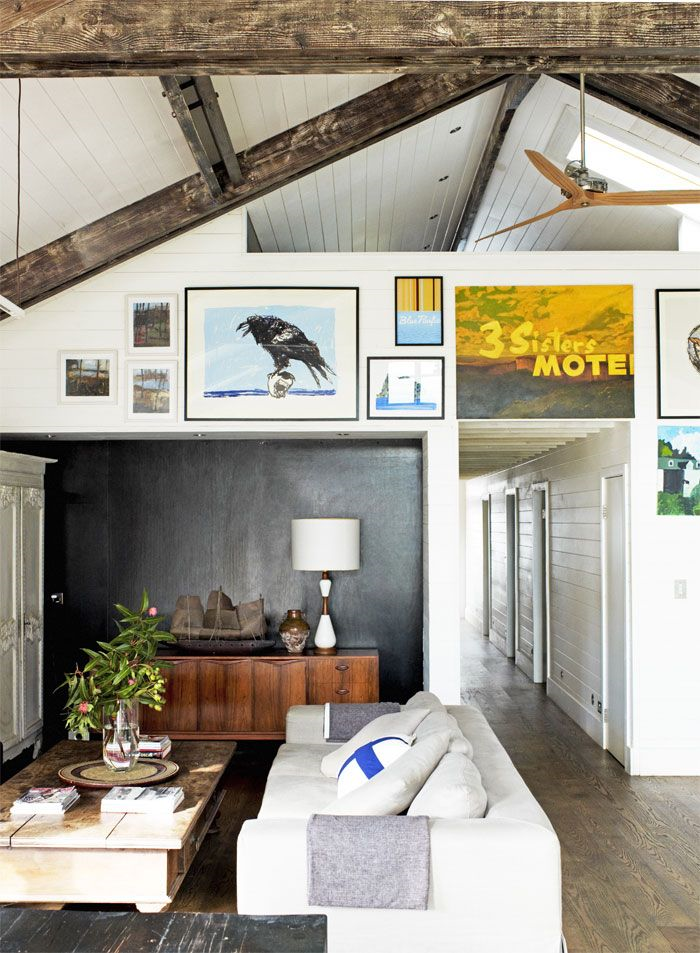 Last time we took a look at the earthy style of the Southwest, but this time I’d like to venture into the opposite corner of the U.S. and talk about interiors with New England style. Fresh coastal-inspired colors and nautical influences are the hallmark of New England style, but I wanted to show some interiors that borrow from the traditional flavors of the Northeast and add a quirky, contemporary touch—like something you’d see in a Montauk beach house. 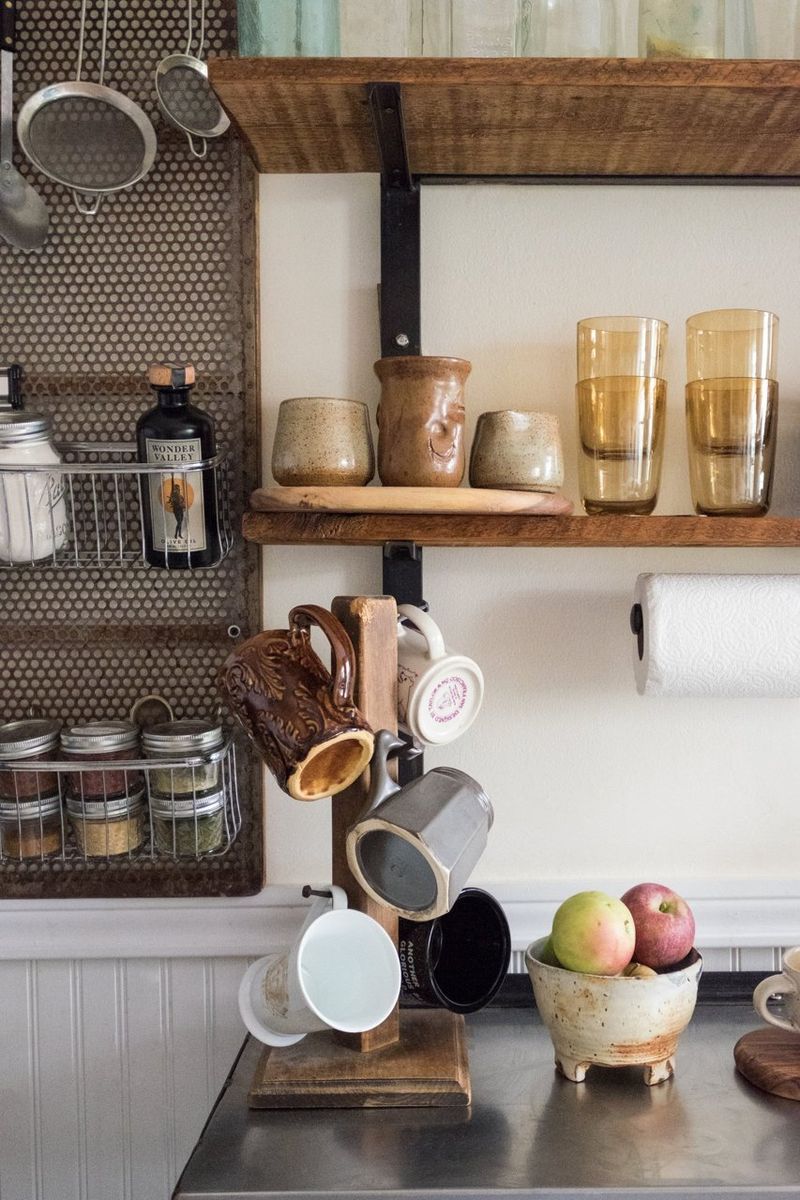 The houses you find in new New England exhibit lots of different styles, of course, but as an outsider and student of interior design, I always tend to think of the charming and quainter version you’d typically see in rustic cottages, coastal cabins and rural farmhouses. Each part of the Northeast has its own vernacular take on New England style, but most homes in the region share similar influences.

‘Tis the gift to be simple, according to the pious lifestyle of the Shakers who settled a large part of New England in the earliest days of American colonization. Ornamentation and decadence were considered to be distractions from the Shakers’ religious and spiritual journeys, so their homes were sparsely decorated with useful and minimalist furnishings. Think: peg rails, handmade baskets, ladder-back chairs, simple wooden cabinetry and neutral colors. Rooms were often white washed, floors made of simple planked wood, and fabrics were woven from undyed, handspun fibers. This look has timeless appeal and fits right in with the Kinfolk aesthetic that has become popular in the past few years. 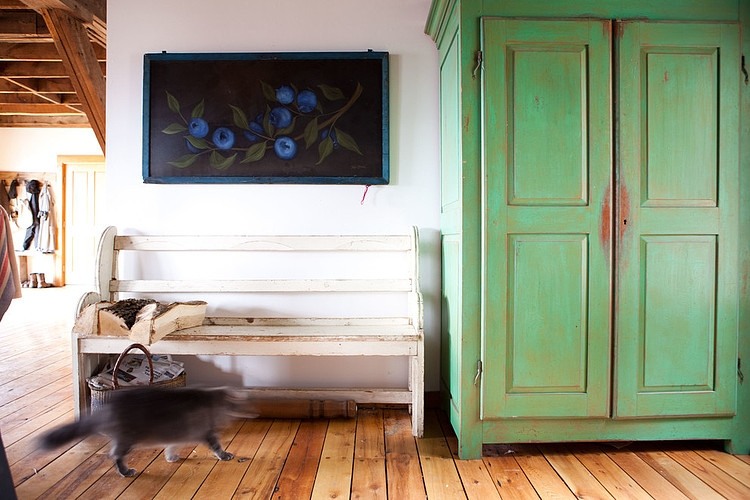 This puritanical style of homemaking also crossed over into rural farmsteads in the area, simply because of its usefulness and ease of maintenance for working families who didn’t have time or space for excess decoration. These were people who used their bare hands (or maybe gloved hands!) to chop down the trees and plane the timber for their homes, assembling the simple structures with the help of their neighbors. Fancy decor certainly wasn’t the norm for the hard working settlers of New England, though you could often find a few elegant family heirlooms that were brought with the settlers from their Dutch or English homes. 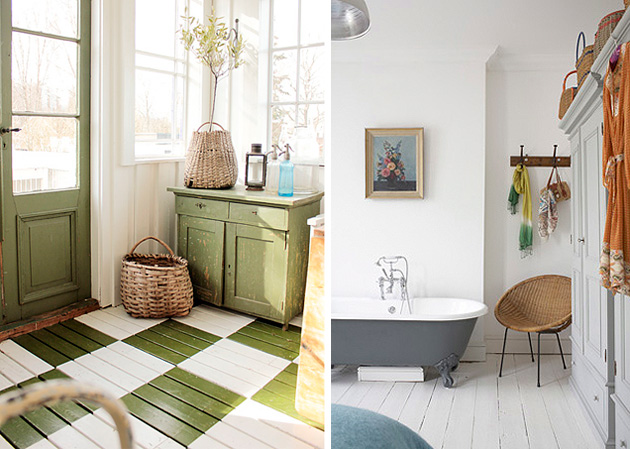 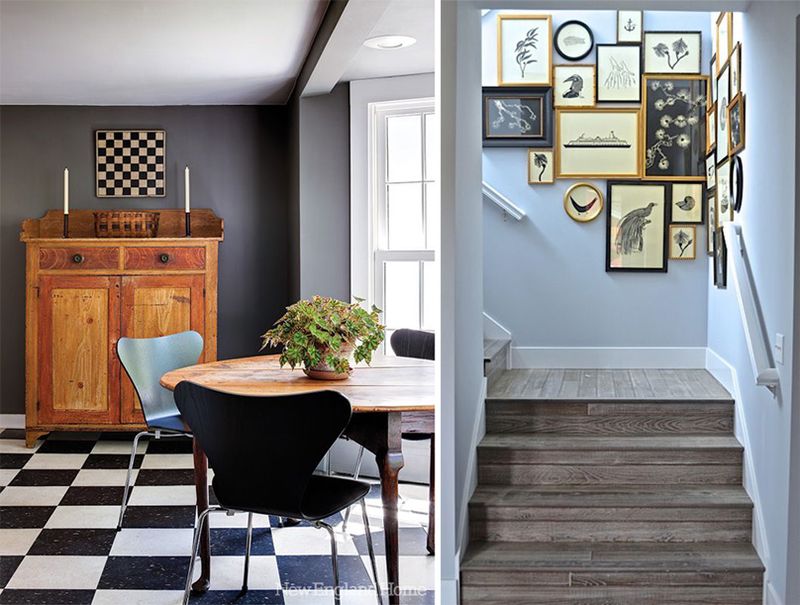 As decades went by, settlers became colonists and bustling cities began to form, mostly around major seaports like New York, Boston and Baltimore. Whereas rural homes were influenced by farmers’ needs, homes in colonial cities were highly influenced by what was fashionable at the time in England and France—mostly Georgian and Neoclassical styles marked by simpler versions of Baroque and Rococo styles alongside elegant Greco Roman influences. So, instead of heavily carved and gilded decorations on every surface, rooms were more simply designed but still with classical decorative silhouettes, like broken pediments over doorways and on cabinets, windsor chairs, ornamental columns and nature-inspired murals.

This colonial style is what Americans now think of as traditional design, a fairly popular design style for New England homes. Tailored sofas, wingback and spindle back chairs and Chippendale style furniture are common examples that we see in contemporary settings. 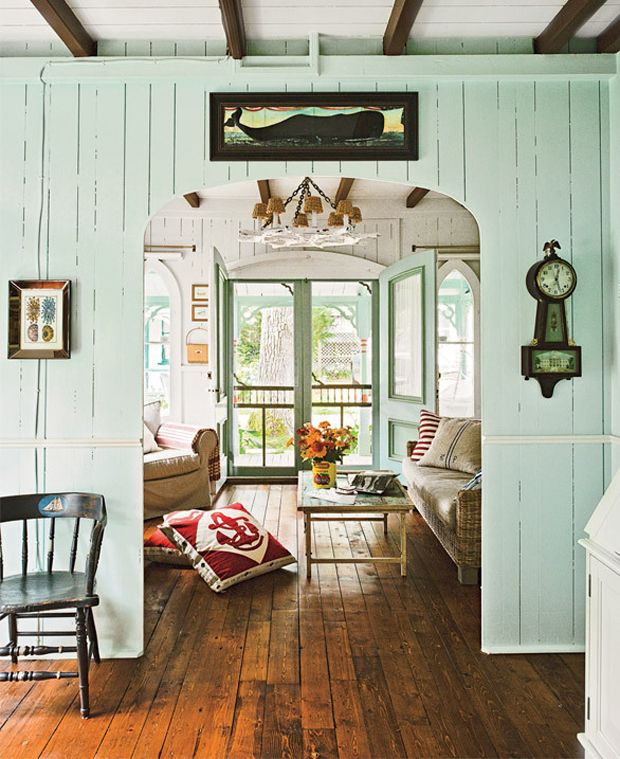 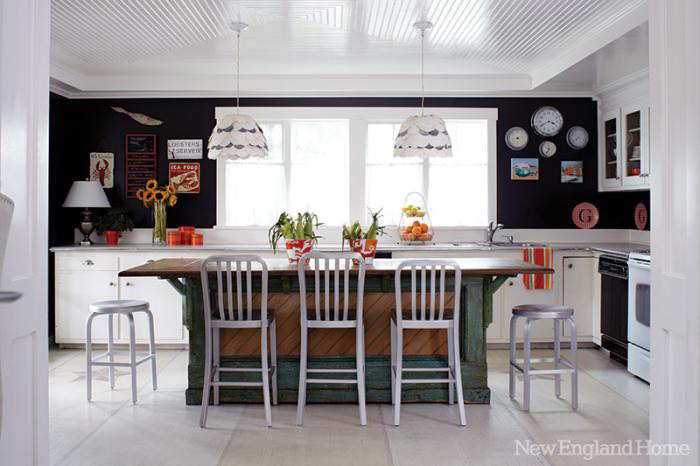 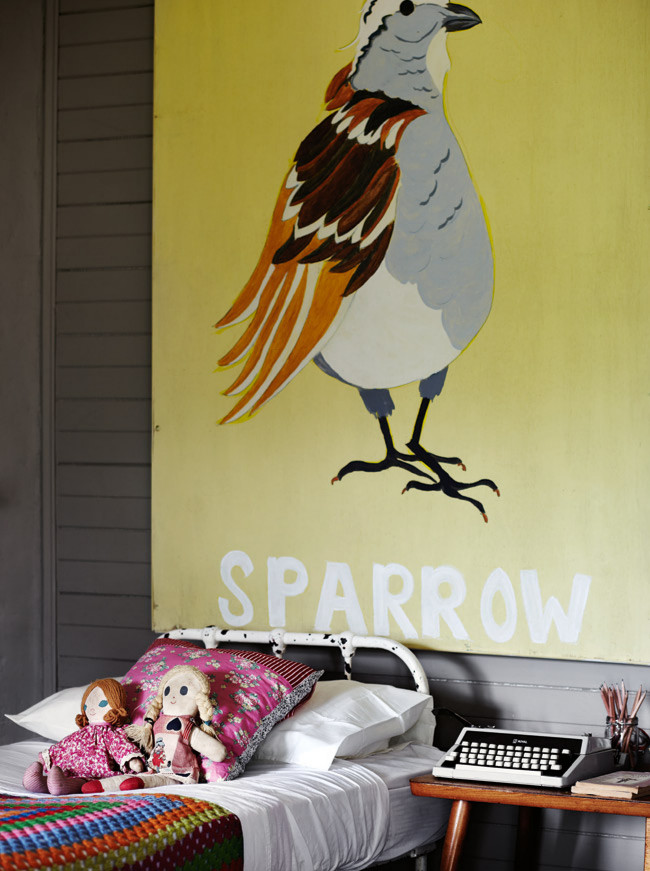 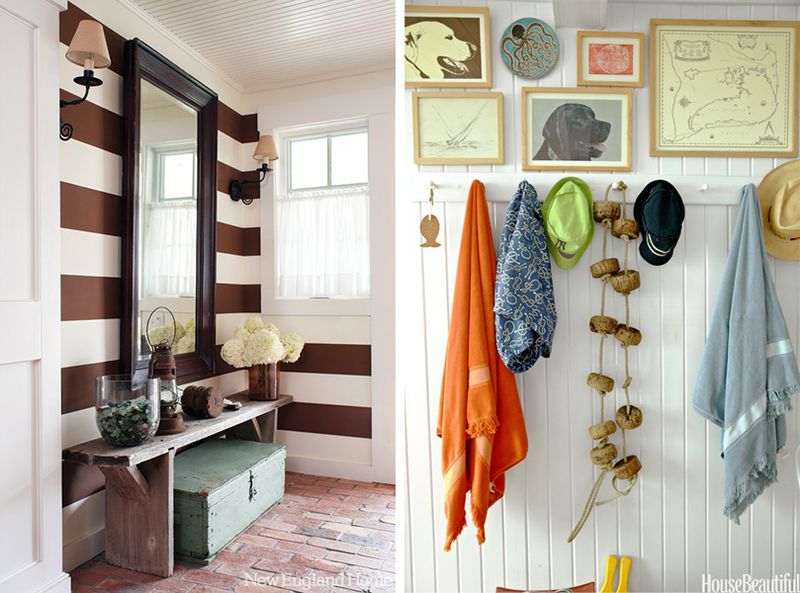 Much of traditional New England style is very heavily influenced by its coastline. Industry like international trading, fishing, and even the U.S. navy lend nautical touches to the region’s design sense, just as the terrain inspires the color palette. Colors like seafoam greens, sandy beiges, sunny yellows and sky blues are common, as are patriotic color schemes in red, white and blue. Materials like jute, driftwood and shiplap (wall paneling) reflect the materials seen on beaches, lighthouses, ships and fishing wharfs. Even fixtures commonly found in more modern naval ships, like cargo lighting (as seen below) and industrial metal dining chairs, are great examples of nautical influences in modern New England design. 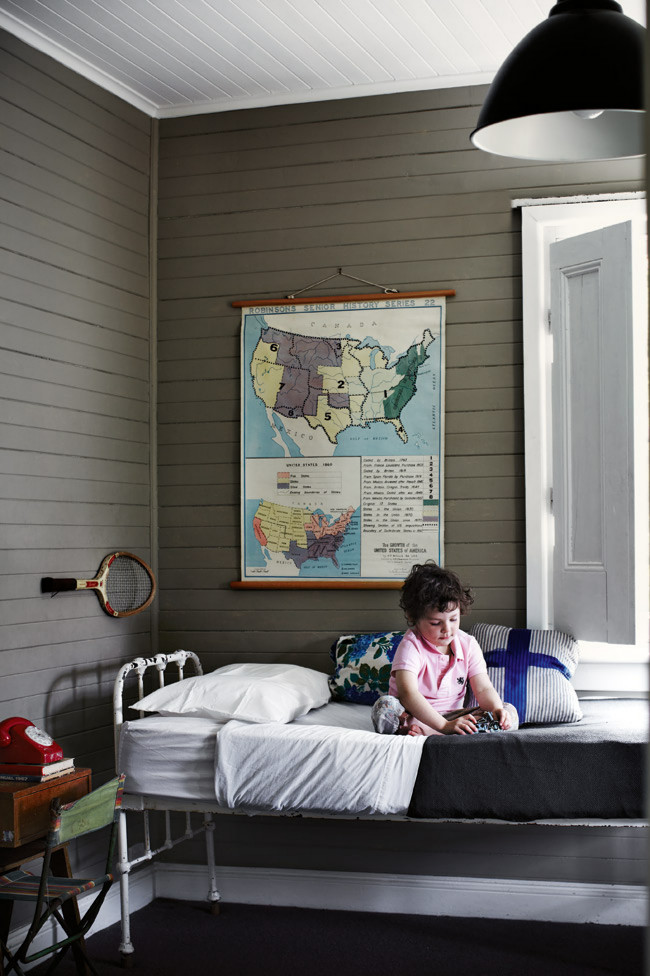 You can get the nautical look without your home looking like a Florida condo by using more polished, traditional elements like the ones I share below. Don’t be afraid to add pops of fun and modern accessories (like that seagull print), but if you want the traditional New England look, try to go a little fancier with a bit of Georgian flair. Incorporate a few accessories made from elegant materials like bronze, gold or marble that boast tried and true neoclassical style. Or keep things simpler with sleek but rustic Shaker elements, like handmade baskets, flax material and rugged wooden elements. Why not throw in a vintage portrait (of a sea captain perhaps?) and your space will ooze the classiness associated with New England style. 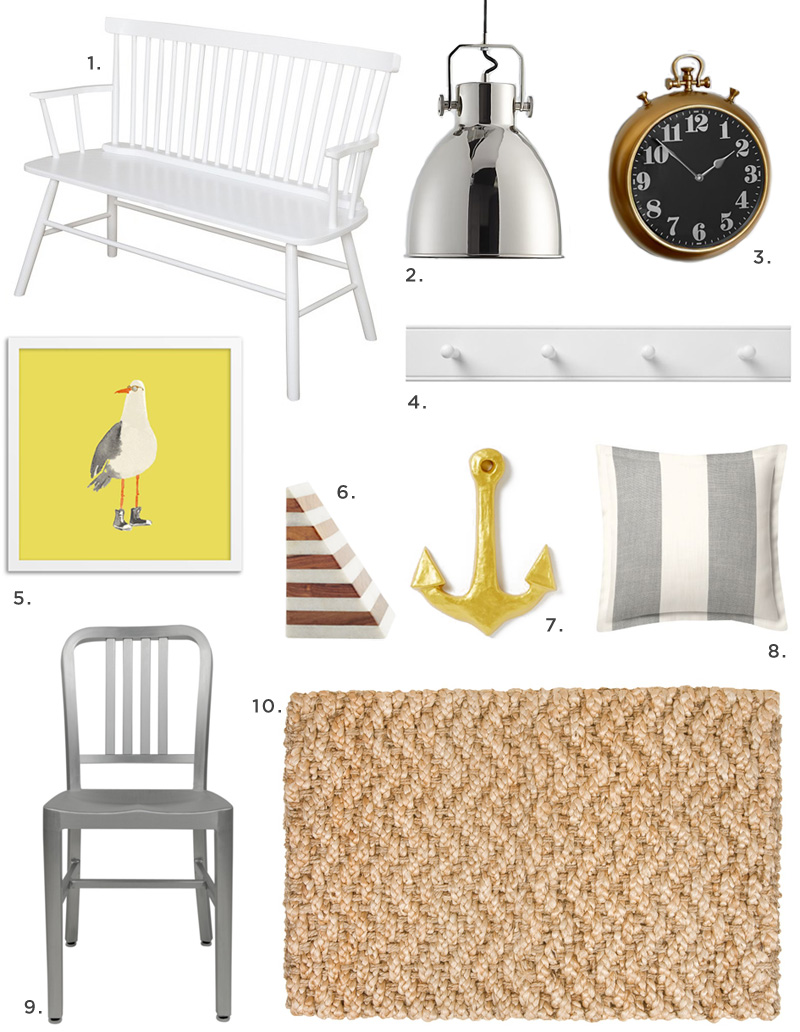 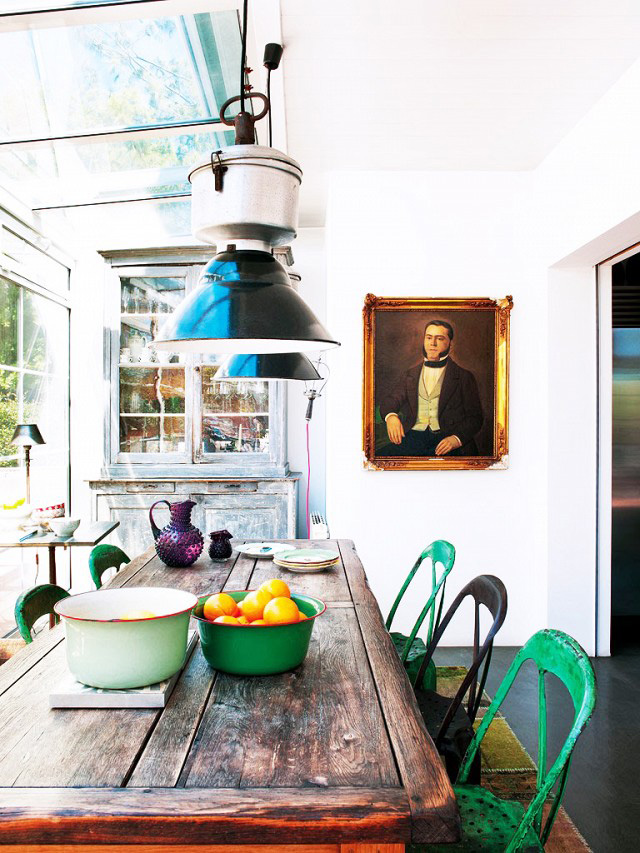 above: photo: Nuevo Estilo, designed by Luzio Barcelona via My Domaine

My favorite New England inspired elements are shiplap paneling (which I have in my kitchen), the pocket watch wall clock and those metal dining chairs. What about you? –Mandi