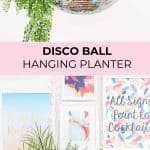 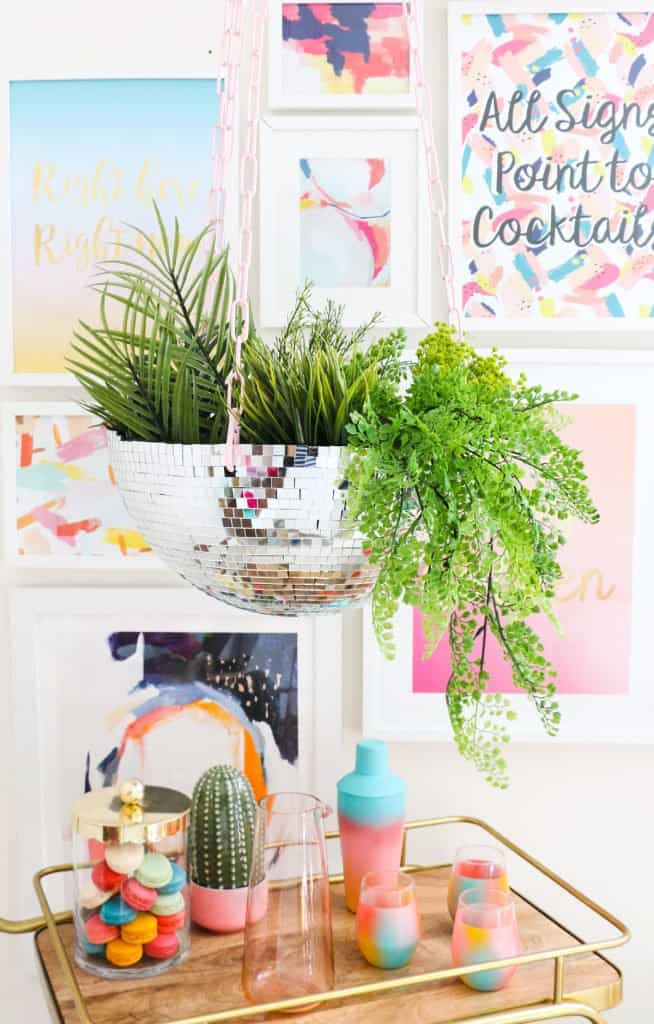 Oh yes I did! I, Kara, love a good hanging planter as much as the next home decor obsessed gal, but I totally just took my hanging planter game to the next level! This large disco ball hanging planter is the best way to keep my love for plants and parties going all year long. And how about that blush pink chain?! I’m dying! While this project will take the use of a few power tools, it’s a pretty straight forward DIY that can be completed in an afternoon. So let’s get started shall we? 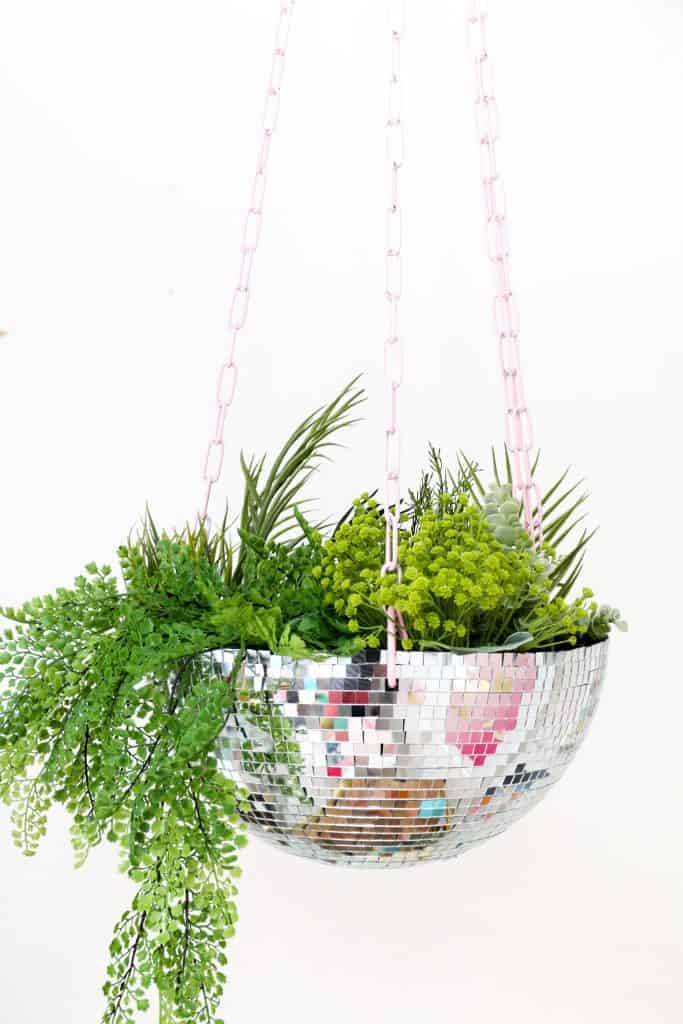 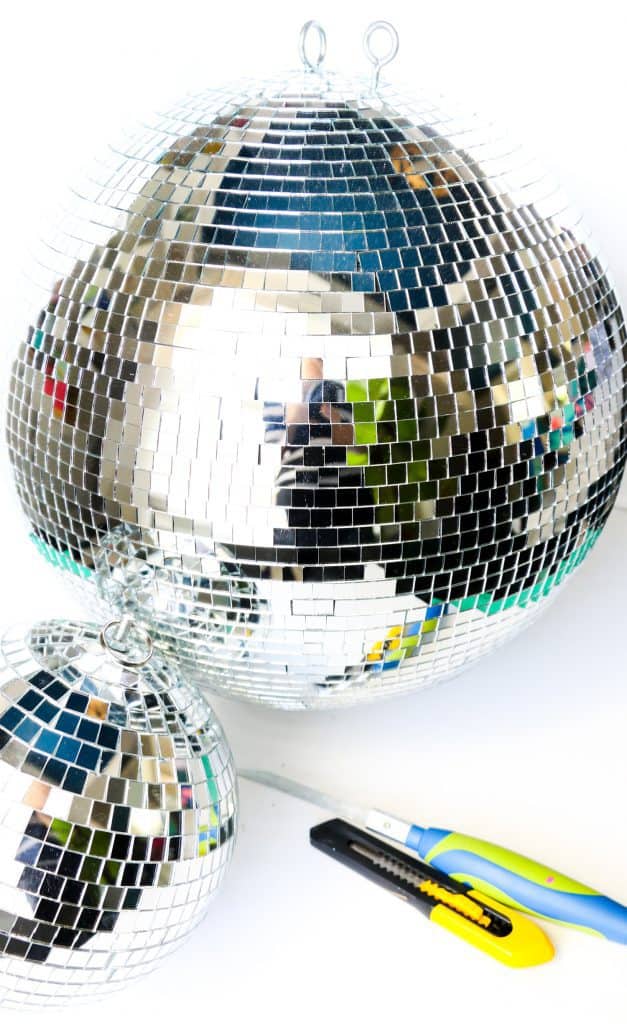 Supplies:
–16″ disco ball
-utility knife
-jigsaw
-drill with 1/2″ bit
-metal chain (measure the distance from your ceiling to where you want the planter to hang and multiply by 3 to get the length of chain you need)
-three small carabiners
-heavy load bearing screw-in hook (for the ceiling)
-pink spray paint (optional) 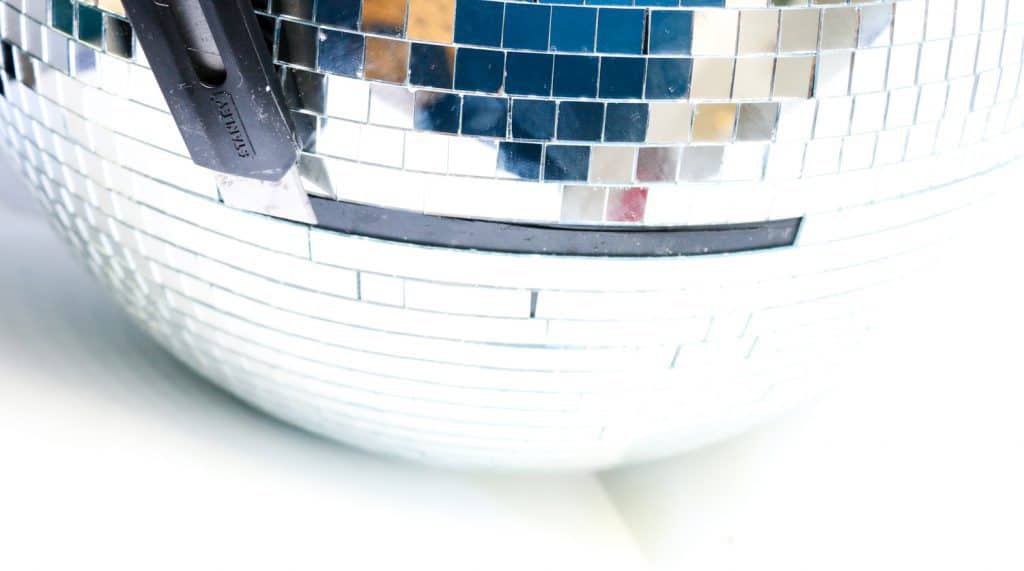 Step One: Use the utility knife to remove the mirrors around the center of the disco ball. Just wedge the blade under the mirror and it should pop off fairly easy.

Step Two: Once all the mirrors are removed, use the jigsaw to cut the ball in half. There are screw pins holding the ball together, so you will hit some resistance and need to cut through them 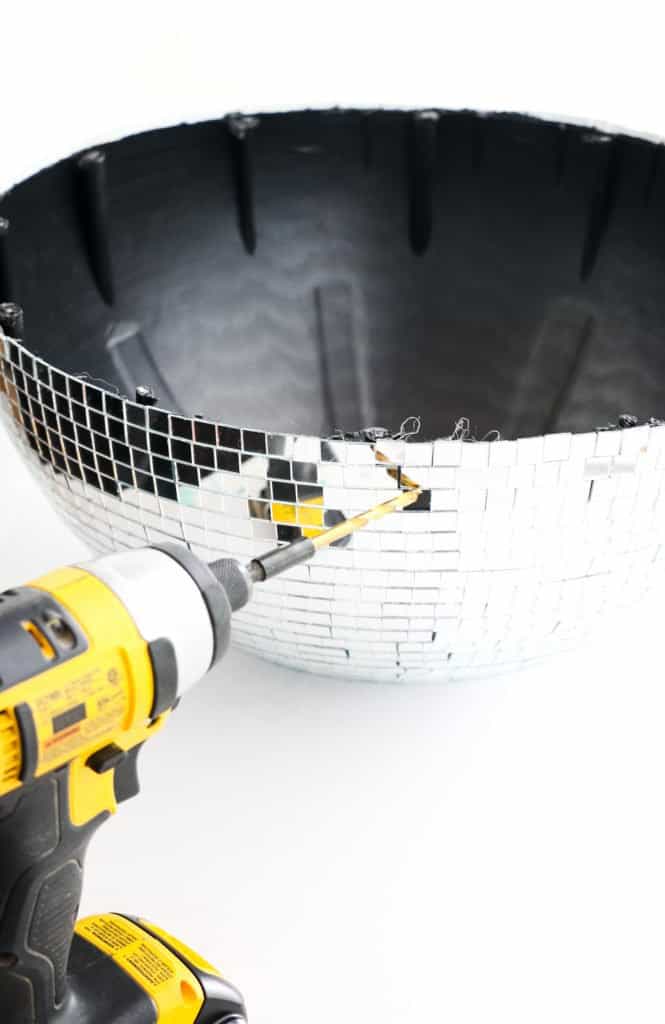 Step Three: Once your ball is cut in half, remove a mirror piece a row or two down and drill a 1/2″ hole in the ball. Repeat this two more times around the ball in equal distances from each other. 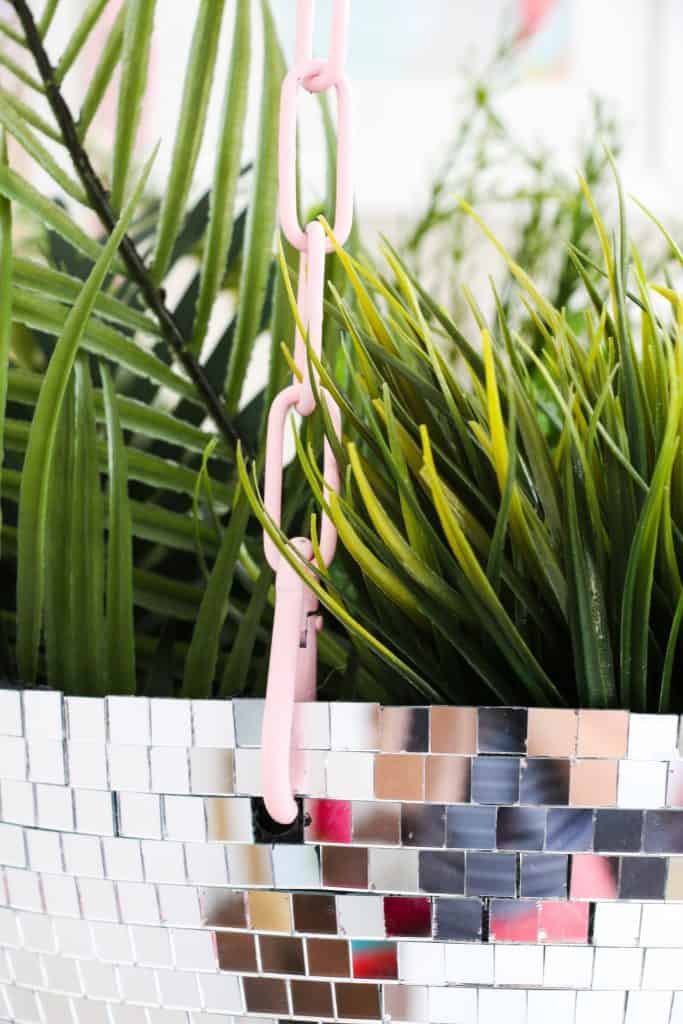 Step Six: Add your plants. Since this is hanging from the ceiling, I didn’t want my planter to be too heavy. So I used cut up pieces of foam in the bottom of the planter, and then added some dirt, and then the plants. 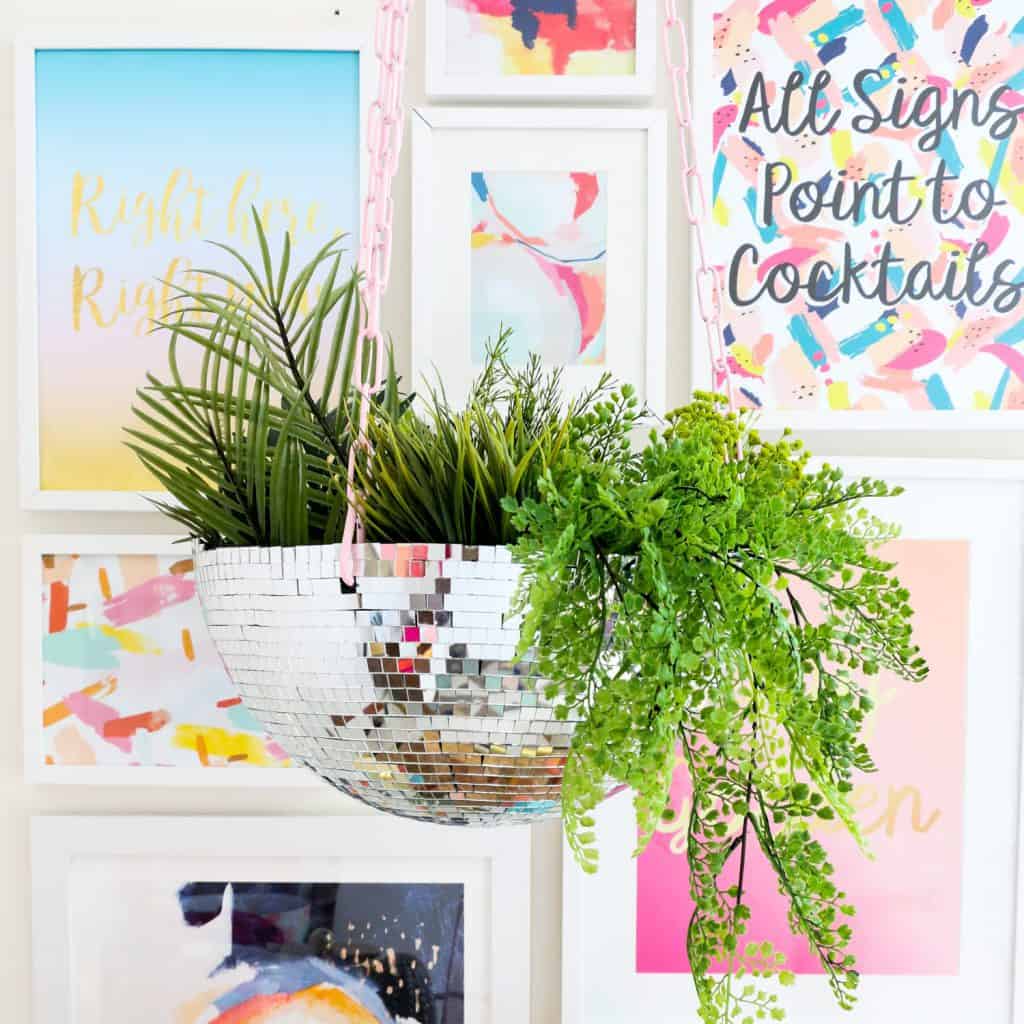 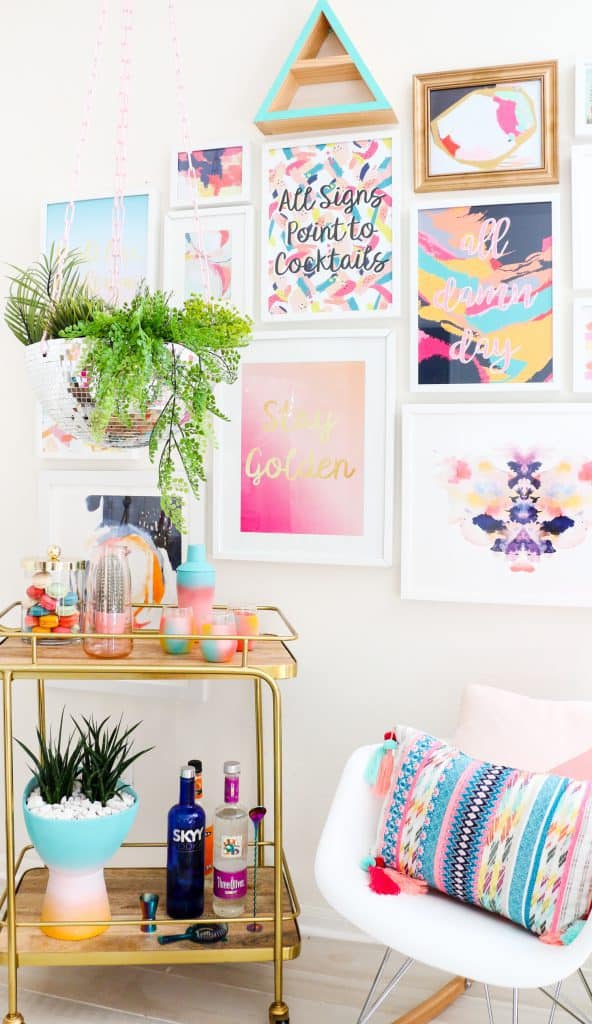 The best part about this project aside from the non-stop party vibe it brings to your space? The fact that one disco ball will yield two planters! As you may have seen, I also bought a smaller 8″ disco ball and have plans to create a few various sized hanging planters to hang by my window. Talk about a light show! xo. Kara