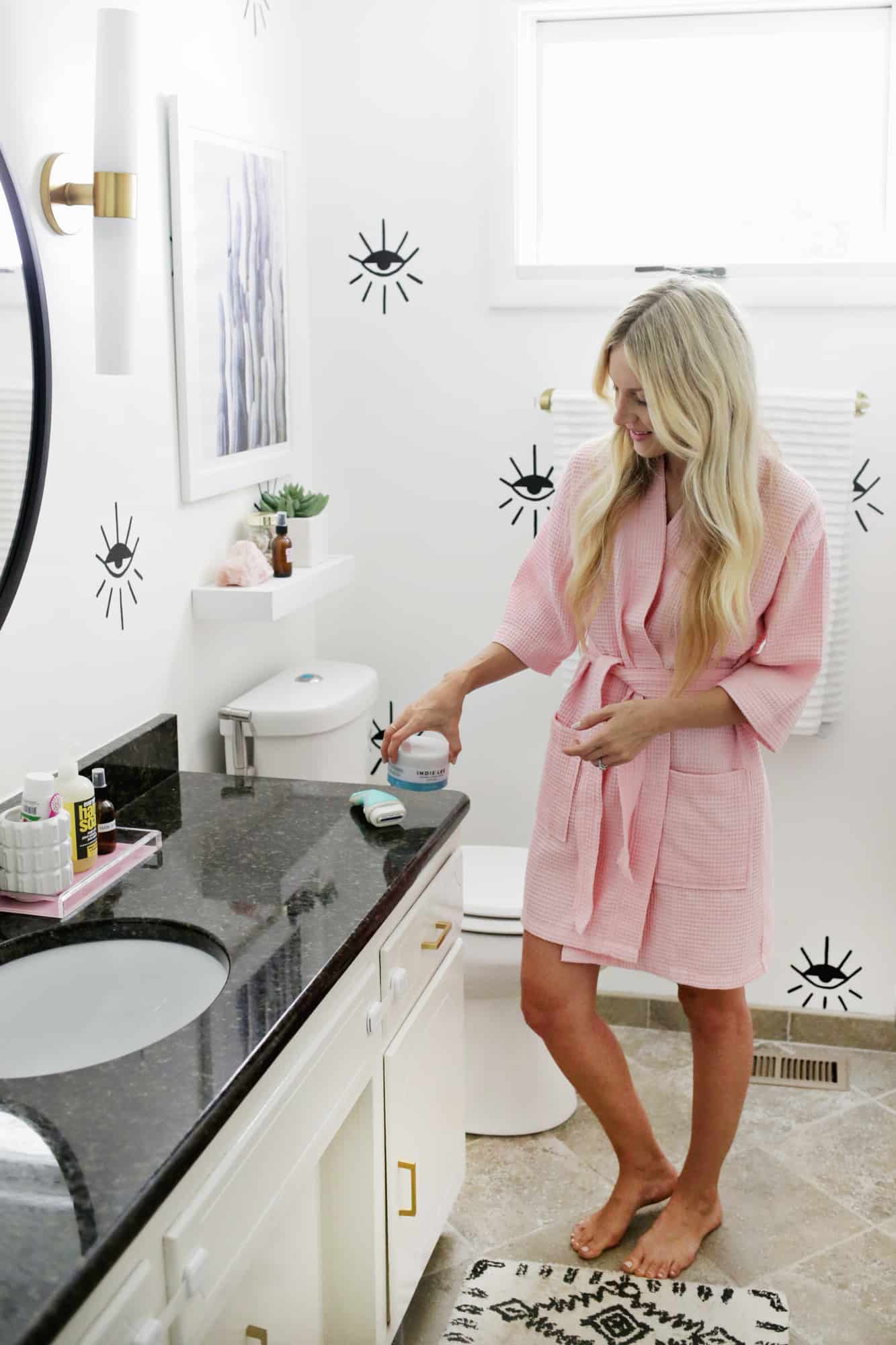 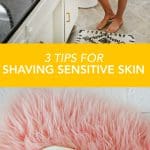 I didn’t always have sensitive skin. At some point after college though I started to notice that I got razor burn a lot—pretty much every time I shaved my legs. And if you’ve ever had legs full of razor burn, then you know how uncomfortable that can be. Not only does it burn and itch, but mine lasted for days and it would finally start to clear up right before it was time to shave again and the cycle would repeat. It didn’t seem to matter what kind of shaving cream I used or if my razor was new or old (super new ones usually made it worse), so I was at a loss for what to try next. At some point a few years ago, I ended up Googling “how to not get razor burn” because I was so frustrated with the process and found three main tips that I still use every time I shave that have saved me from the burn ever since! 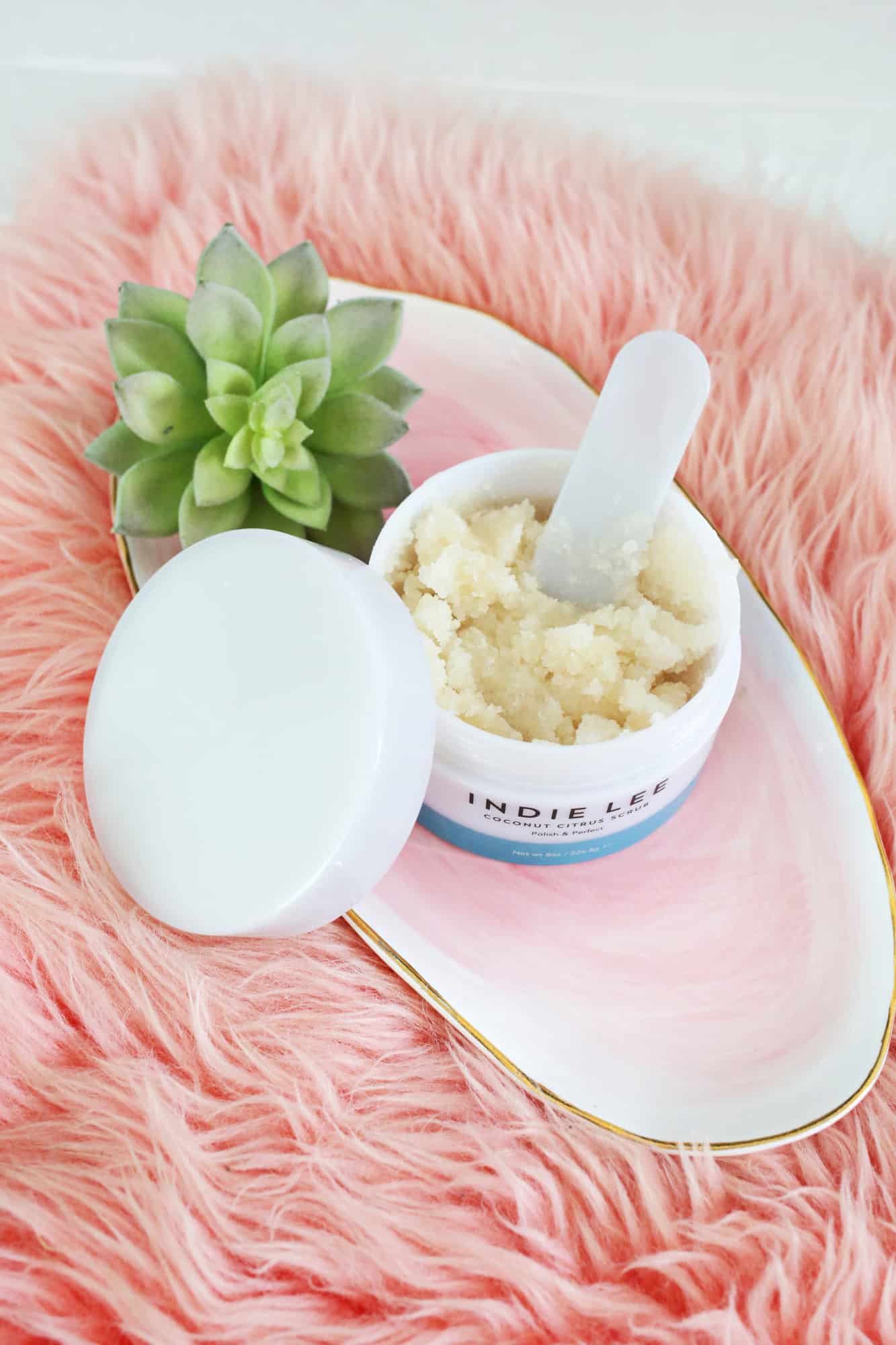 Tip 1: Use an oil-based sugar scrub before shaving. Don’t wash it off with soap though, just rinse with water so your legs still feel a bit oily. This may sound a little odd a first—wouldn’t a sugar scrub exfoliate and irritate the skin right before you shave make things worse? Nope! Something about the sugar scrub process and the oil in the ingredients (usually there’s a coconut oil or jojoba oil or something similar in a scrub) helps prep my skin for shaving and makes it a gentler process. I think it mainly has to do with the oil still being left on your skin a bit and that helps the razor glide more gently and acts as a moisturizing barrier as well. This is one of my favorite sugar scrubs and I love this one as well (the rose one is a little finer grain of sugar, so if you have insane sensitive skin, maybe try that one first). I’ve tried using just an oil to see if that was the only thing that was helping and it wasn’t quite as good, so I do think the sugar scrub/exfoliation part is helpful. 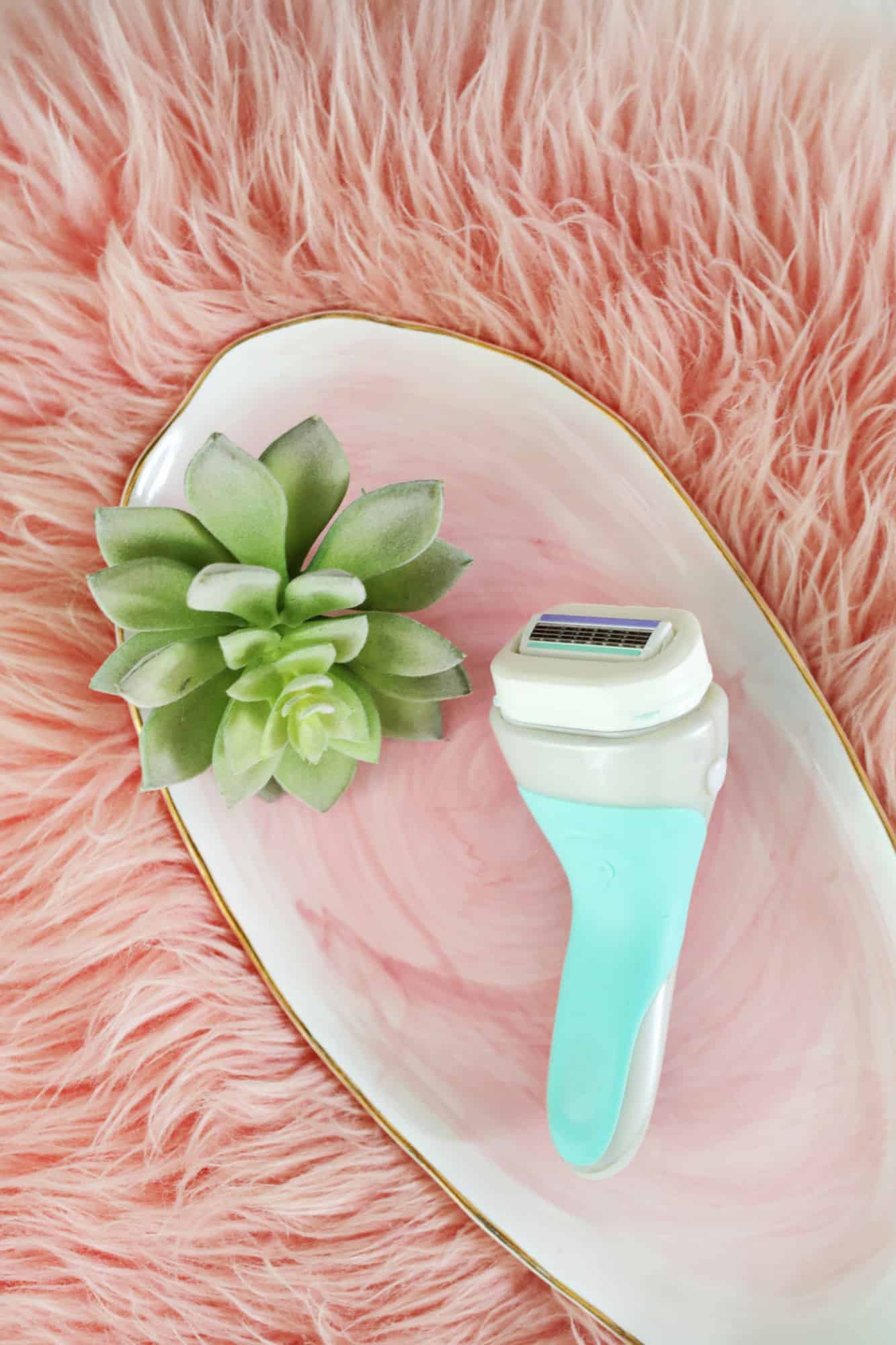 Tip 2: Use this sensitive razor. OK, it may sound kind of narrow to say there’s only one helpful razor. But after years of trying different razors, it didn’t matter how many little moisturizing strips the razors came with, they never helped. I actually saw this razor listed in one of the sensitive leg posts I looked up years ago and thought, “It probably doesn’t work and they are just trying to sell razors,” but I was desperate so I bought it to try. It literally took one time of trying it before I pledged my allegiance and that’s all I’ve ever bought since. And just an FYI, this post isn’t sponsored by anyone, it’s just my own personal tips I’m trying to pass on with all the items I actually use! I’ve also noticed that I get my best results when I use a body wash on my legs before shaving rather than just relying on the soap that encases the razor. Something that feels thick that kind of coats your legs gives it more moisture/protection and this is my favorite body wash to use for that. 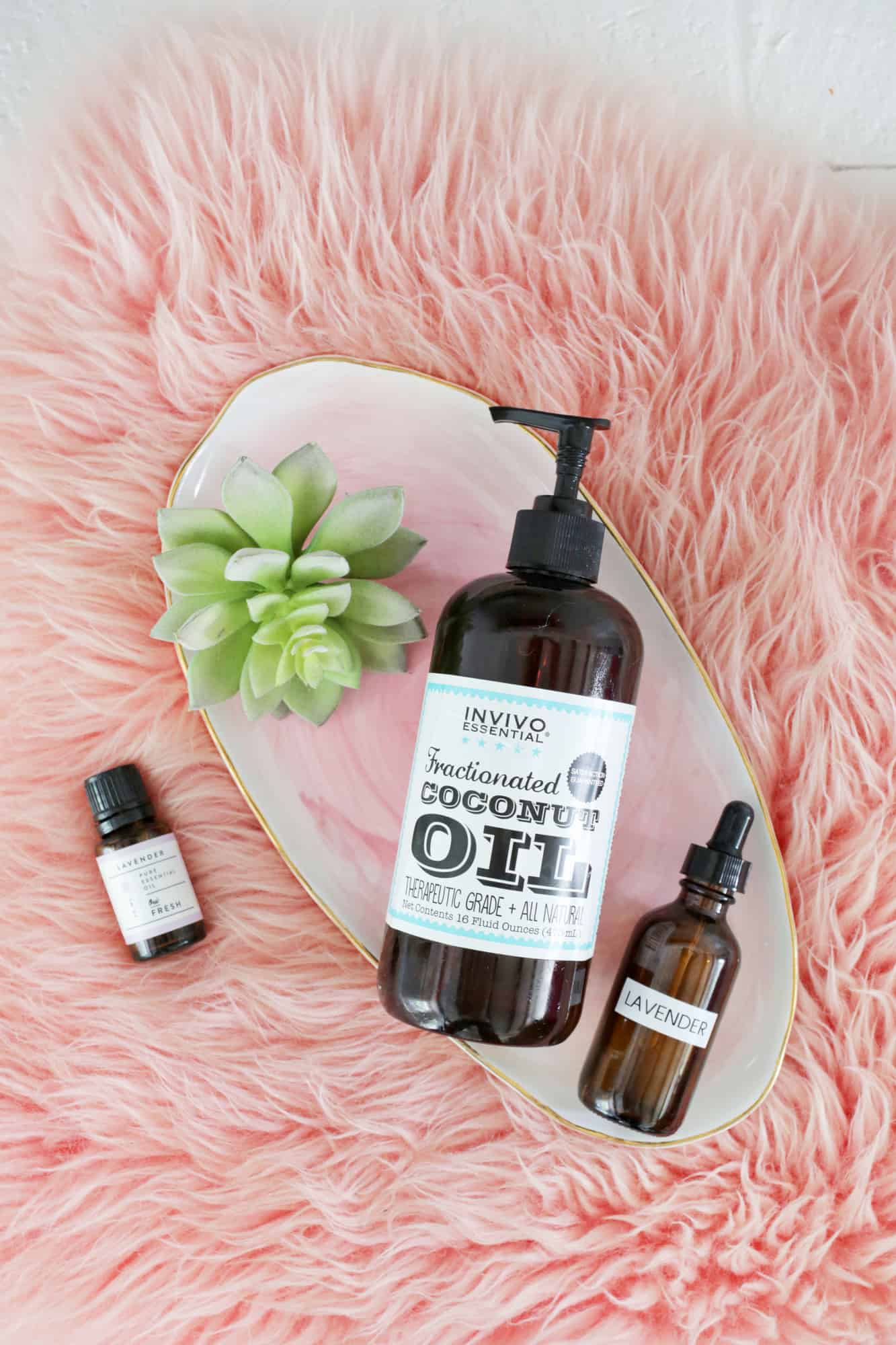 Tip 3: Use lavender-infused coconut oil afterwards. I started to notice that while doing the above two things worked the majority of the time, there were still a few occasions when I would experience some irritation after shaving, so I added this last tip in and I’ve never had a problem since. Lavender essential oil and coconut oil (I use this fractionated version so it always stays liquid) both have anti-inflammatory properties that are the perfect way to both moisturize after shaving and help keep any irritation from cropping up. You could make your own little bottle of it already mixed (just give it a shake before use) and put 2-3 drops of lavender per tablespoon of oil, or you can get a generous amount of oil in your hand and add one drop before mixing it with your finger and applying it to your legs.

There you go! It may seem like a long list of things to do just to shave your legs, but I promise it hardly takes up any more time than apply shaving cream and using your usual razor (especially if you premix the lavender and coconut oil in a bottle first to have handy). If you have sensitive skin under your arms, I would give this routine a try there as well before you shave, but I wouldn’t suggest this for your overall bikini area as some of the items may mess with vaginal PH and trigger infections for some people (no thanks). Hope these little tips save you some irritation in the future like they have for me! xo. Laura