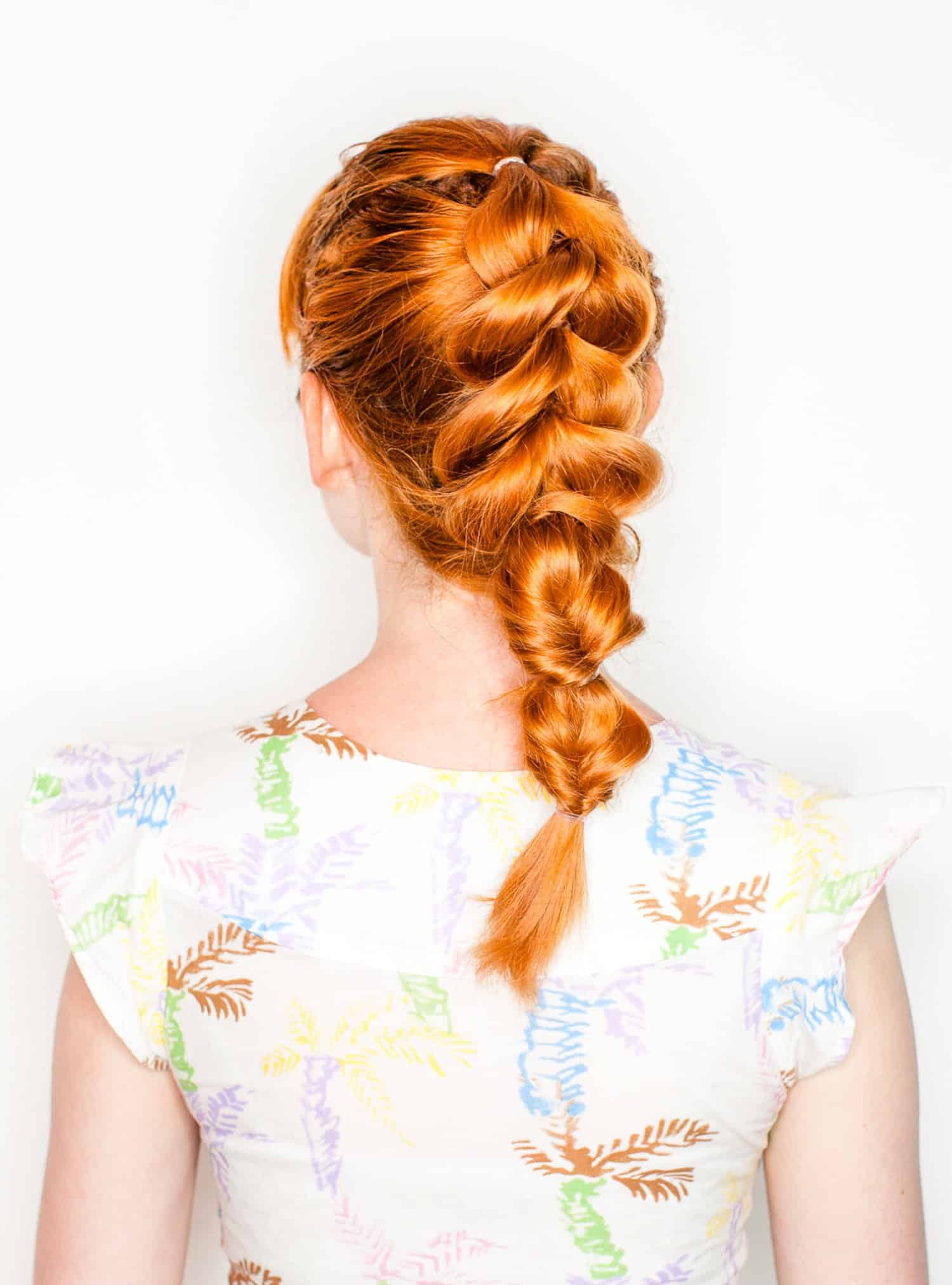 Ah, summer! The season of braids and sunburns! Ironically, I went on vacation to Greece for a week and didn’t get sunburned once, but came home, had one picnic outside and now my shoulders are a lovely shade of lobster! I was just so much more prepared to burn on holiday that I was really careful with sunblock, but I wasn’t as cautious with my own local sunshine. Oh well, I won’t make that mistake again … until next summer. Sunburn aside, it’s also the season of the braid. Or in the case of this look, the no-braid, braid! This style is perfect if you struggle to do braided hairstyles. All you need for this look is a handful of hair elastics.

Step one: Make two small ponytails near the top of your head; you want them to be stacked more like ponytails rather than side by side like pigtails.

Step two: Split the top ponytail in half, then take the lower ponytail and bring it through the split ponytail. Hold or pin the bottom ponytail to the top of your head.

Step three: Take a small elastic and tie the two split sides of your first ponytail together.

Step five: Keep repeating this process until you get to the nape of your neck. There tie everything off in one big ponytail.

Step six: Pancake each section of hair for a fuller look; now the no-braid (or pull-through braid) starts to look more like a thick braid. You can leave the style here, as a big faux-braid into a ponytail or add a second texture to your look.

Step seven: Tie a clear elastic partway down your ponytail. Split the section of hair above where you tied off your elastic and pull the ponytail up and through that split. Pull tight.

Step eight: Tie another clear elastic closer to the end of your braid, split the section of hair above where you tied off your elastic, and again pull the ponytail up and through the split. Pull tight. This gives you a nice almost faux-fishtail braid texture. 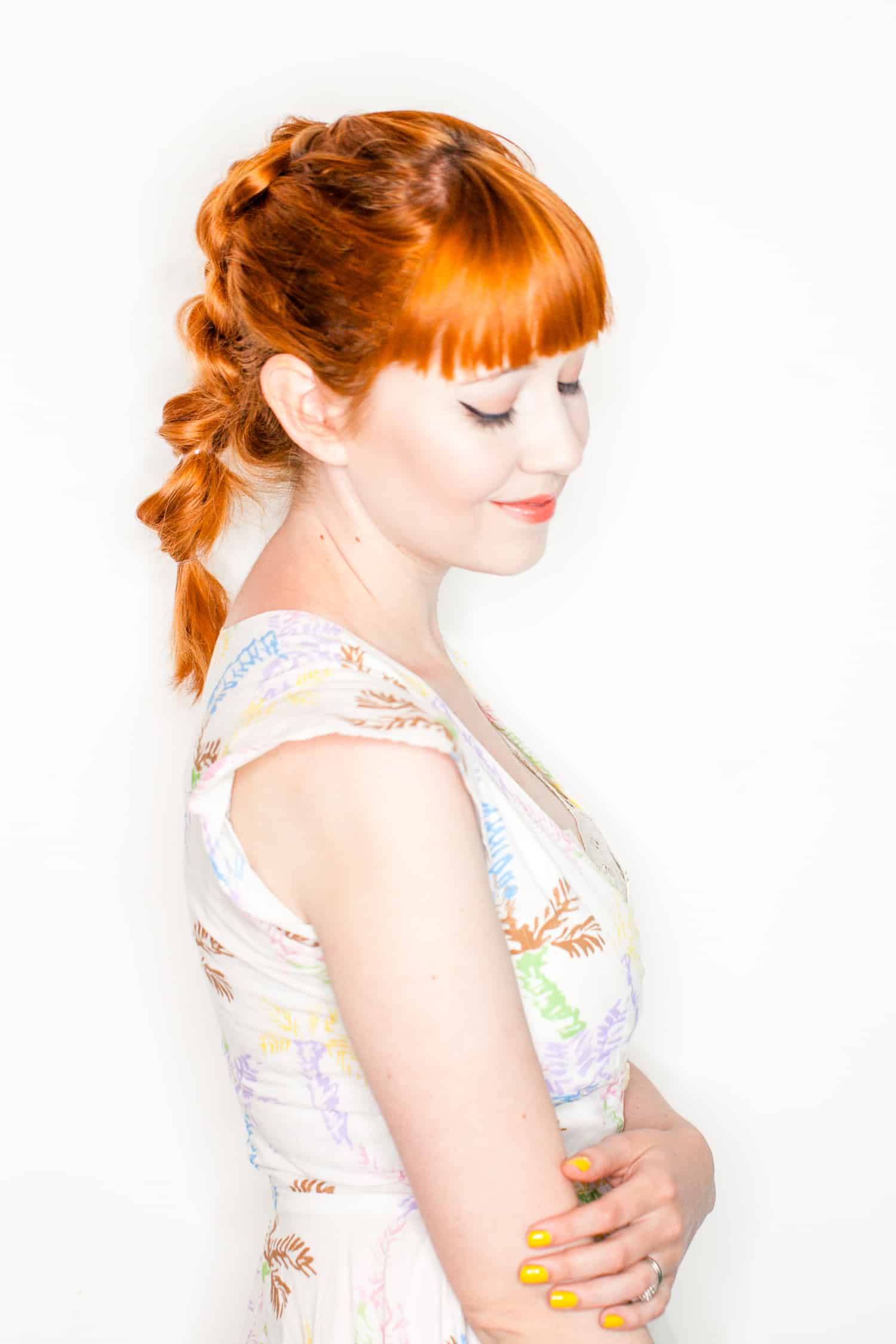 That’s it! It’s a little tricky to describe the process, but hopefully the pictures make things a little bit clearer. Both faux-braids are really easy once you get the hang of them and I love all the textures you get in this look. I think I want to play more with the faux-fishtail texture at the end more next time; maybe make a faux-fishtail ponytail … And this is what it looks like from the front/side. A perfect hairstyle to beat the heat—just don’t forget that sunscreen, my friends! Cheers, Rebecca.