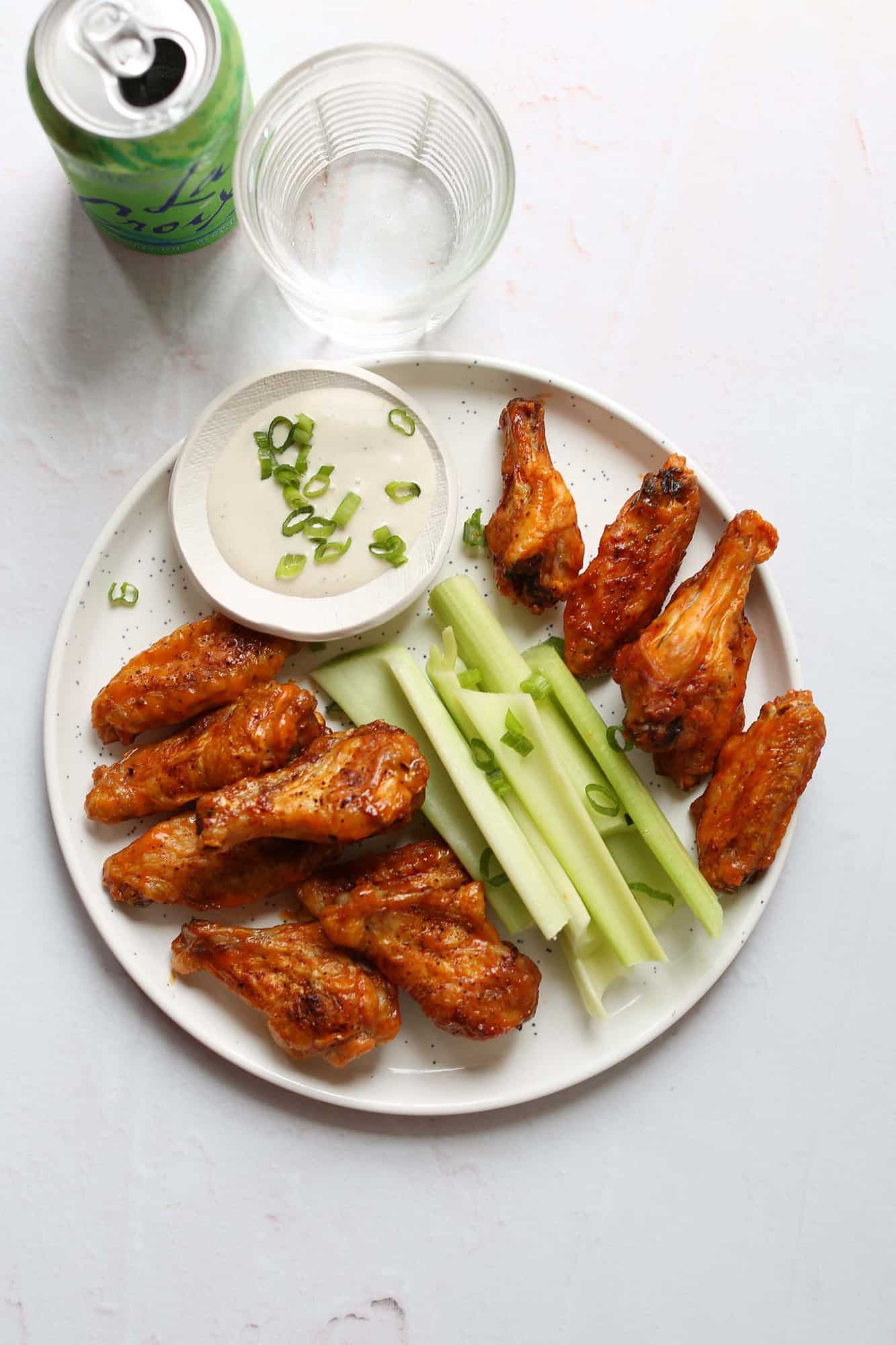 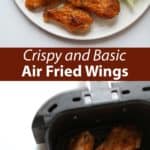 These crispy air fried wings are one of my husband Trey’s go-to dinner recipes. He’s been more in charge of making dinner these last few months as I’ve been more focused on nursing our son, which takes up a shocking amount of the day and night, especially at first. (Not complaining—just a first-time mom figuring the basics out, ha.) Since Trey has been cooking our dinners more often, I’ve had these wings many times and I must admit I didn’t think I was a wing person before, but now I am borderline obsessed! 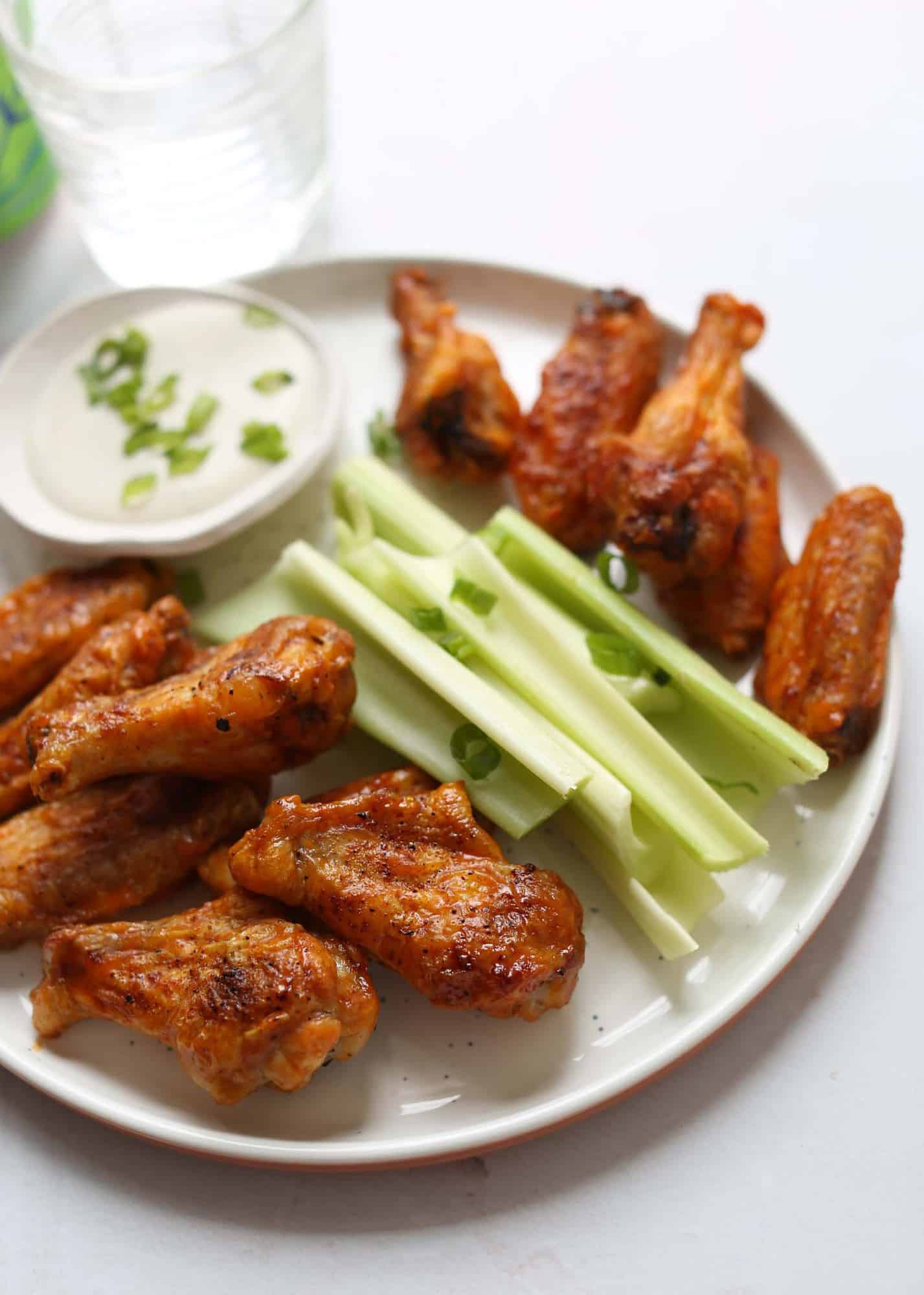 When I’ve had other wings, I often thought they were kind of chewy, or too greasy. I LOVE air fried wings because they are still super crispy, but more of the fat cooks off without adding oil from frying or even baking. We make these so often we upgraded our single air fryer to a double air fryer so we could make around 2 lbs. (around 18 wings) at once. 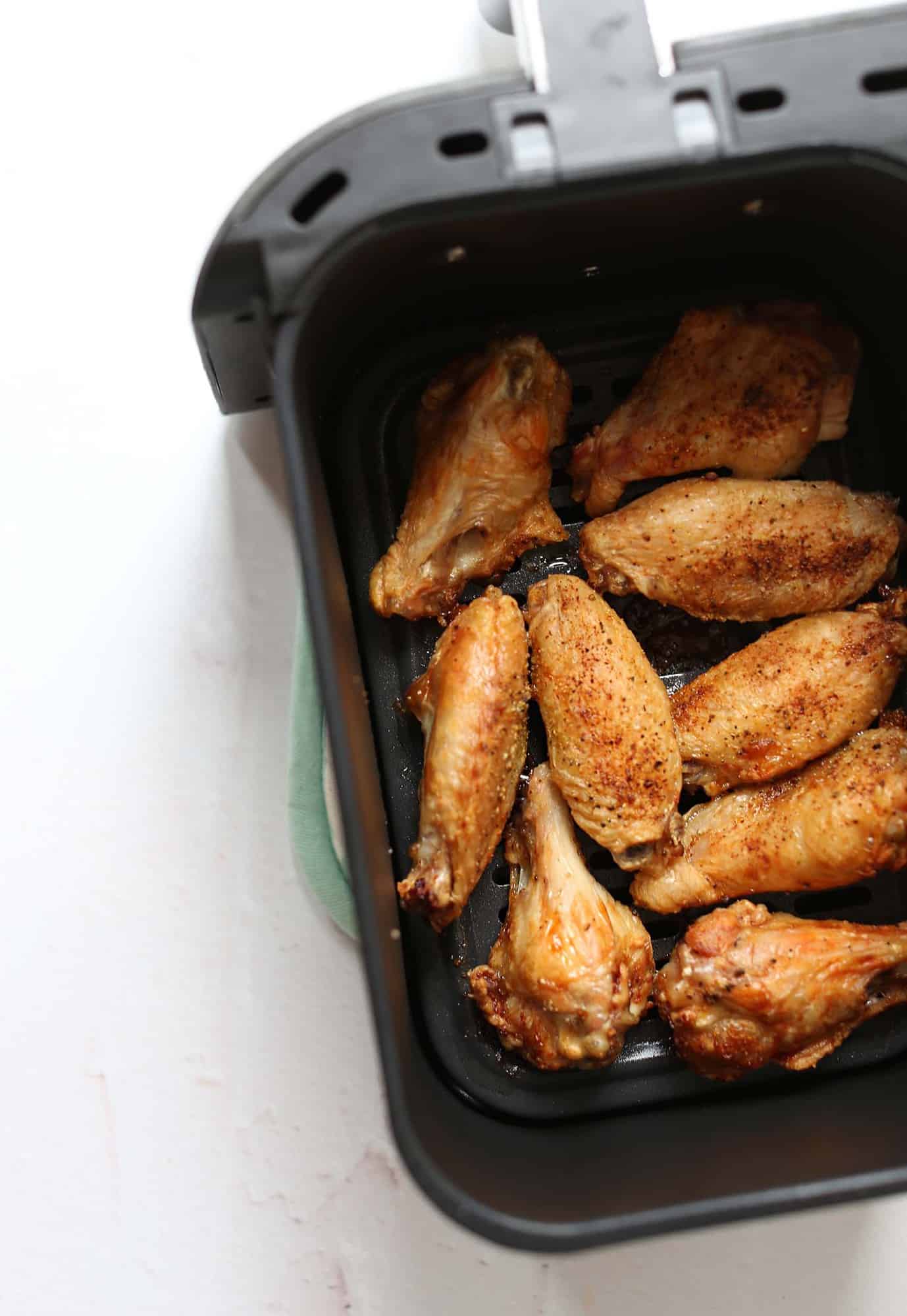 You’ll see in the recipe card below that these are truly very basic. It’s an incredibly simple recipe for how good they are! I’ve also added notes on a small change you may want to make if you have a single bay air fryer vs. a double like ours.

And in case you’re curious, from 2 lbs. of wings, the air fryer cooked off about 20 grams of fat. I measured the excess from the batch I made to photograph here. I love these because they are crispy and super flavorful, but I thought that was pretty incredible too. Hooray for air fryers! Ha. 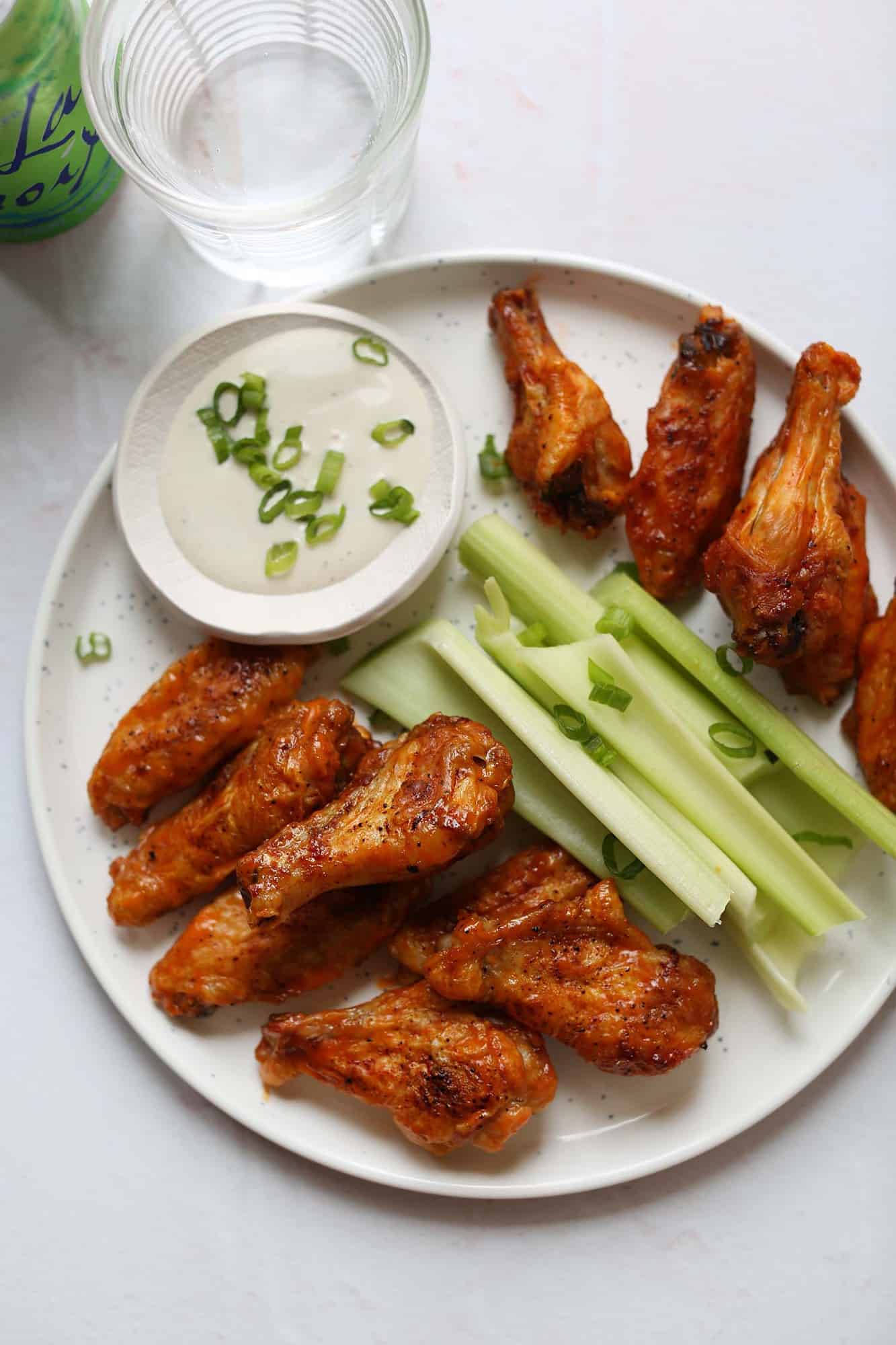 You can use any hot sauce for tossing these, but we use Frank’s Wing Sauce most often. Enjoy! xo. Emma 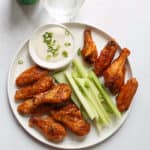 If you are air frying in two batches with a single bay air fryer, then fry at 390°F for 24 minutes.