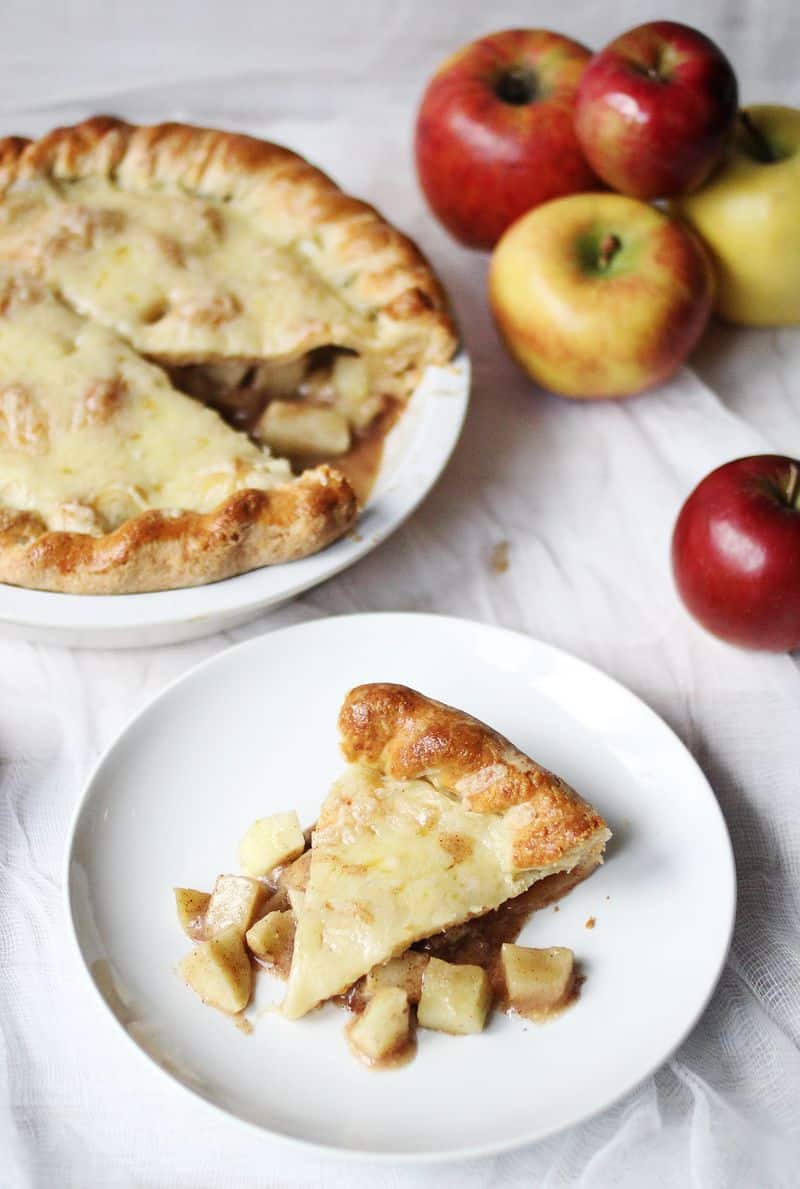 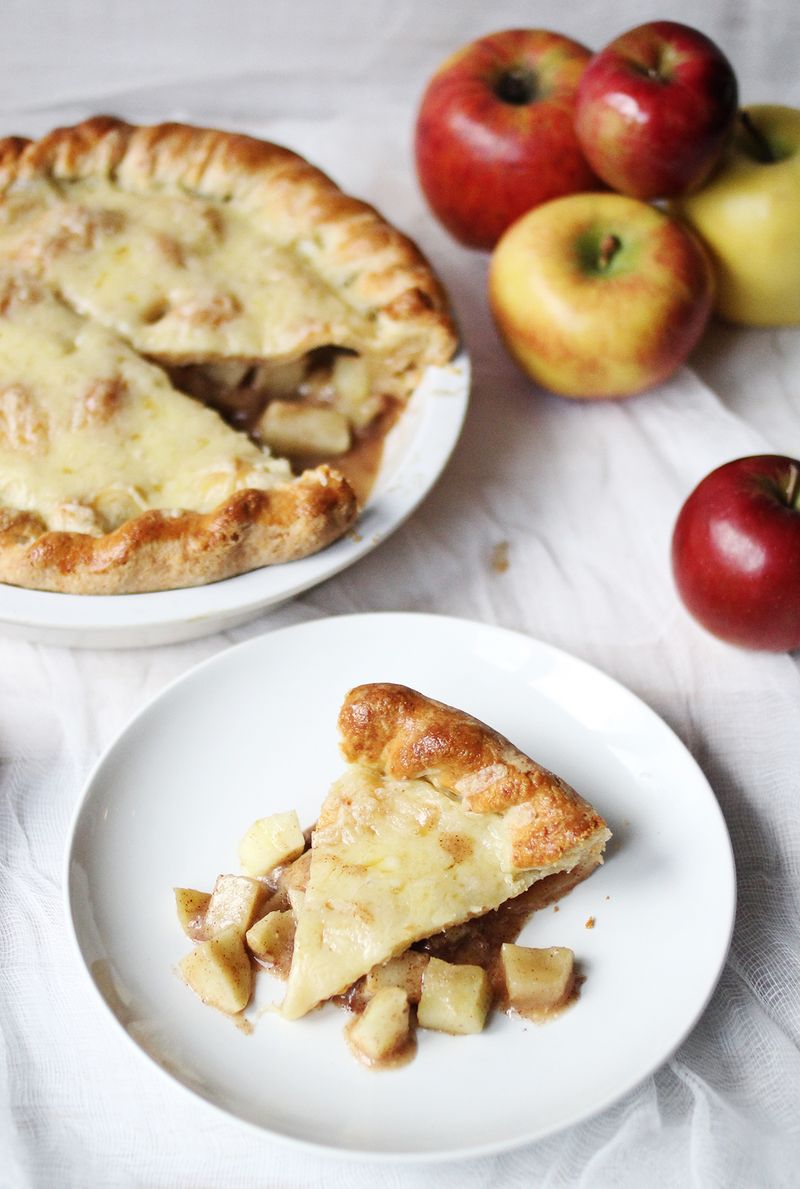 I think I might be starting a new autumn tradition. Every year I’d like to make a different apple pie. I don’t have any ideas yet for next year. So who knows how long this will go on. But, I rarely like making the same thing more than a few times. I had been planning to make my spiced bourbon apple pie from last year, but then I just felt like trying something else. I think I get it from my mom. She’s the ultimate kitchen experimenter. 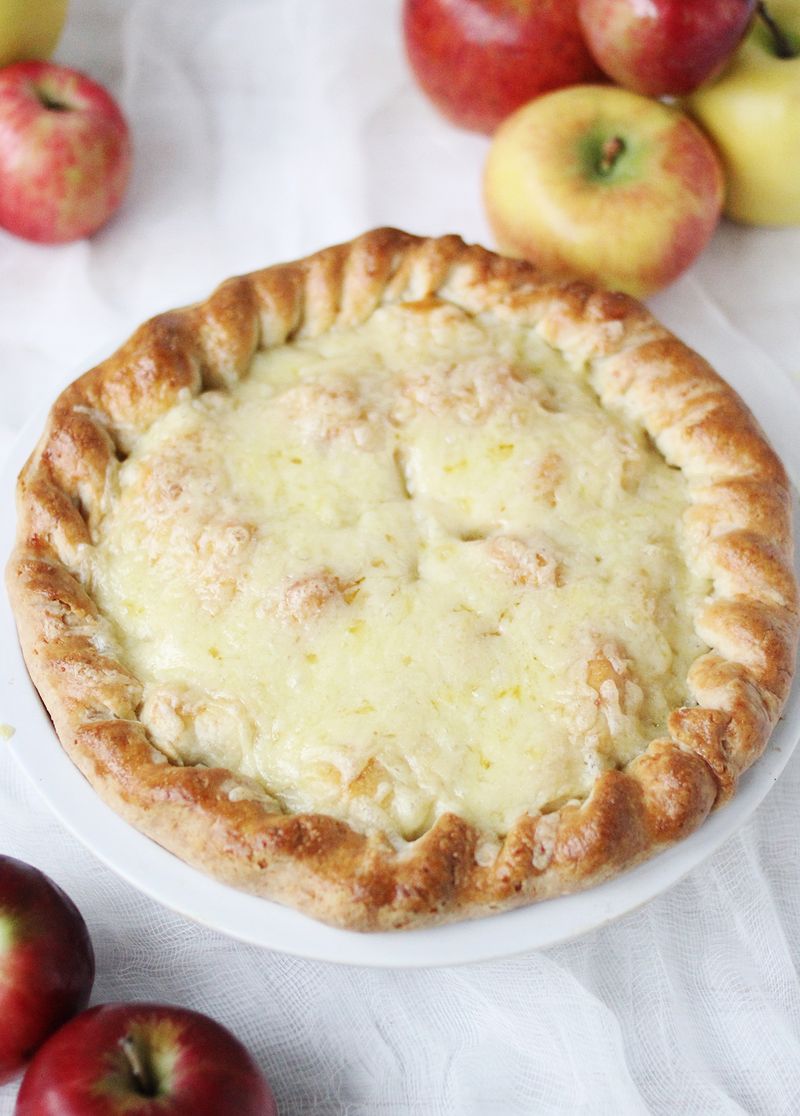 This idea is heavily influenced by two things: this cheese fondue and old episodes of Pushing Daisies. I just love the combination of gruyere cheese and sour apples. Love it! And, in case you aren’t familiar with the show Pushing Daisies I’ll just say it was one of the cutest shows of all time and featured a mystery-solving pie maker. Anyway, in one episode they talk about baking cheese into the crust of a pie. Genius. So I did. And then I added cheese on top. Which is totally optional in case you’re not into it. But it’s totally delicious so you should be into it. 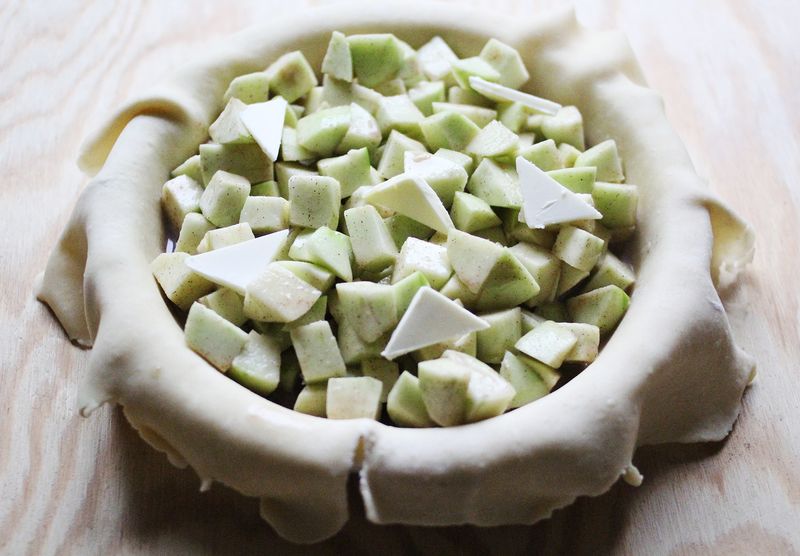 First shred the gruyere cheese. If you’re lazy, like me, you can do this in a food processor. Now, in a food processor, combine the cheese, flour, and cold butter. Cube the butter first. Pulse until crumbly. Now with the processor on low, pour the cold water in through the top opening and keep mixing until a dough forms. This will only take a minute or two. Turn the dough out onto a floured surface and knead into a ball. Cover in plastic wrap and refrigerate for at least two hours (up to overnight). 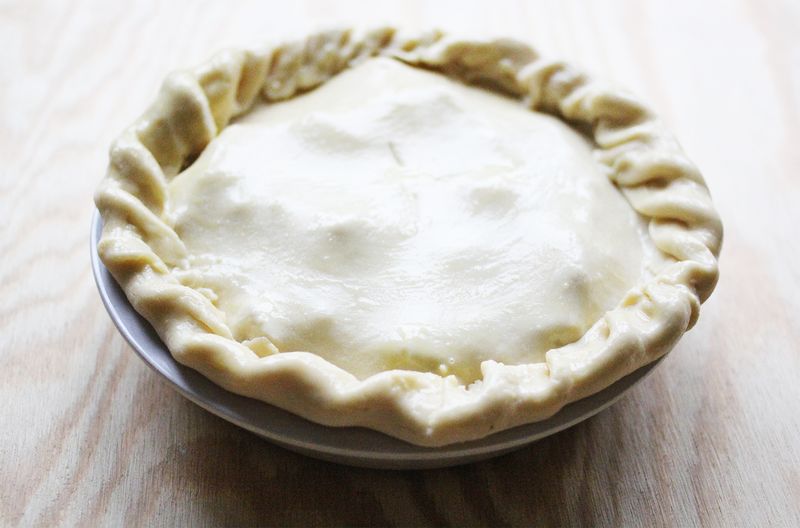 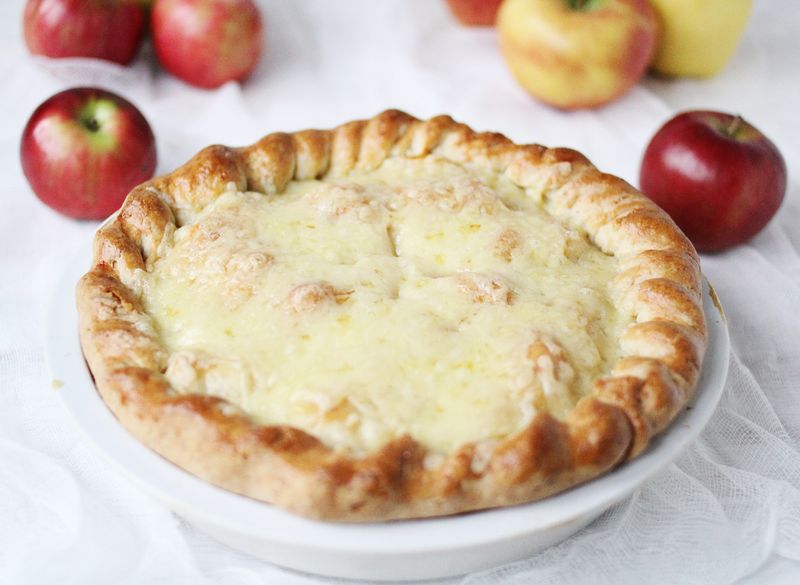 Peel and cut the apples into small bite-sized pieces. In a bowl combine the milk, vanilla extract, brown sugar, cinnamon and cornstarch. Whisk so it is well combined and the cornstarch doesn’t clump together. Add the apples to the bowl and stir so that every piece gets coated in the mixture.

Divide the dough in half and roll out for the top and bottom crusts. This dough is a little tougher to roll out due to all the cheese (I think). So set the dough out on the counter for 10-15 minutes before you roll it out. Place the bottom crust in a buttered pie dish. Fill with the apple mixture. Cut the tablespoon of butter into four pieces and distribute over the top of the apples. Cover with the top crust and roll up the edges. Cut 3-4 small slits in the top of the pie, so air can escape as it bakes. Brush with one whisked egg (optional). Bake at 375°F for 50 minutes. During the last five minutes of baking add the cheese on top if using. 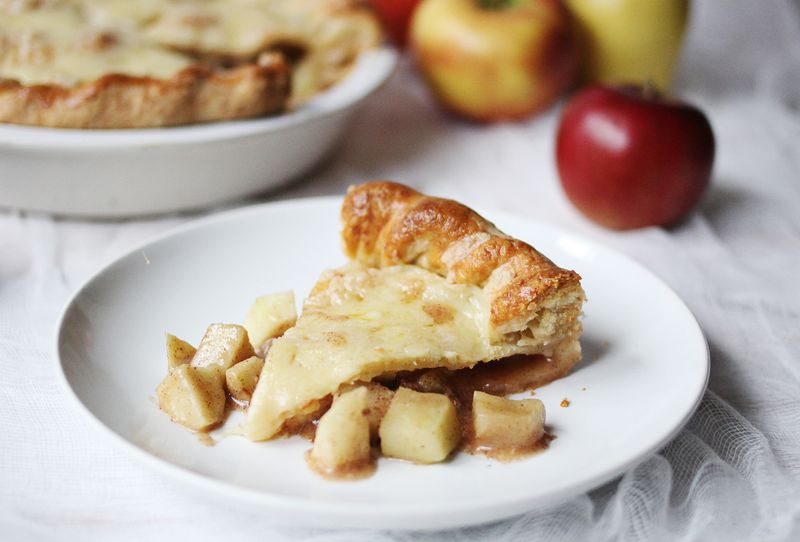