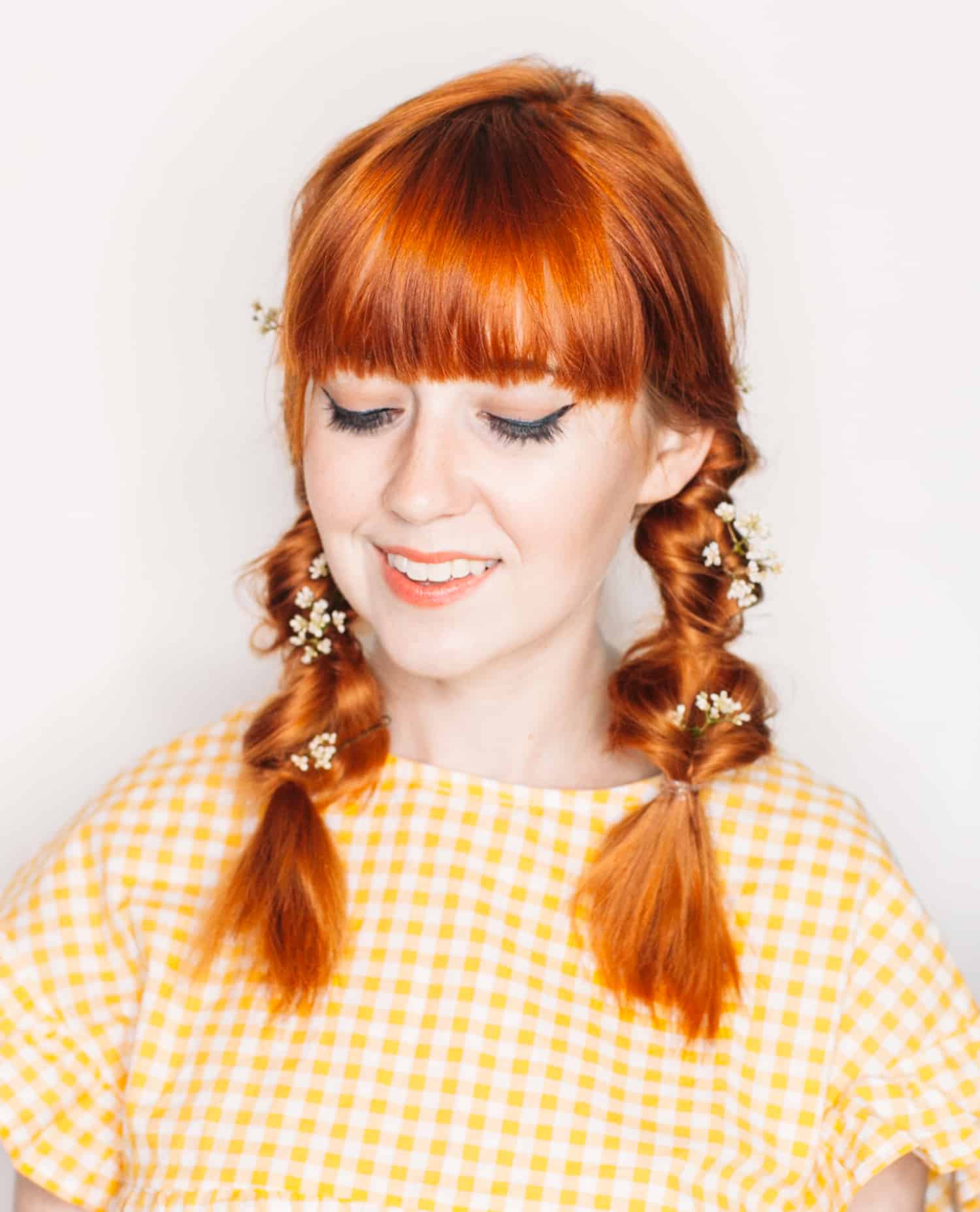 Hair tutorials often promise to be easy but are often far from it! I mean maybe it’s just relative, one person’s “easy” is another person’s “hard.” Or sometimes tutorial writers are big liars! I feel like the latter is true too often, so I try to make sure when I say something is easy, it literally is the easiest (see my flower braid tutorial). This one is no exception—pretty much if you can put your hair in pigtails, you can do this. If you’re feeling advanced, stick some flowers in it in the end.

Step one: Tie your hair off into two, low pigtails with small elastics.

Step two: Make a little hole in your hair above your elastic and pull your ponytail up and through that hole. This is also called a topsy-turvy ponytail and you might recognize it from middle school. Pull tight.

Step three: Repeat on the other side.

Step four: Tie an elastic an inch or two below your first elastic.

Step five: Split your hair right between your two elastics making a small hole and pull your ponytail up and through that hole. Pull tight.

Step five: Add another small elastic an inch or two below the second elastic. Repeat your topsy-turvy ponytail trick by making a hole between the two elastics and pulling your ponytail up and through that hole. Again pull tight.

Step six: Repeat on the other side of your head.

Step seven: Pancake your faux braids a bit for a messier look. 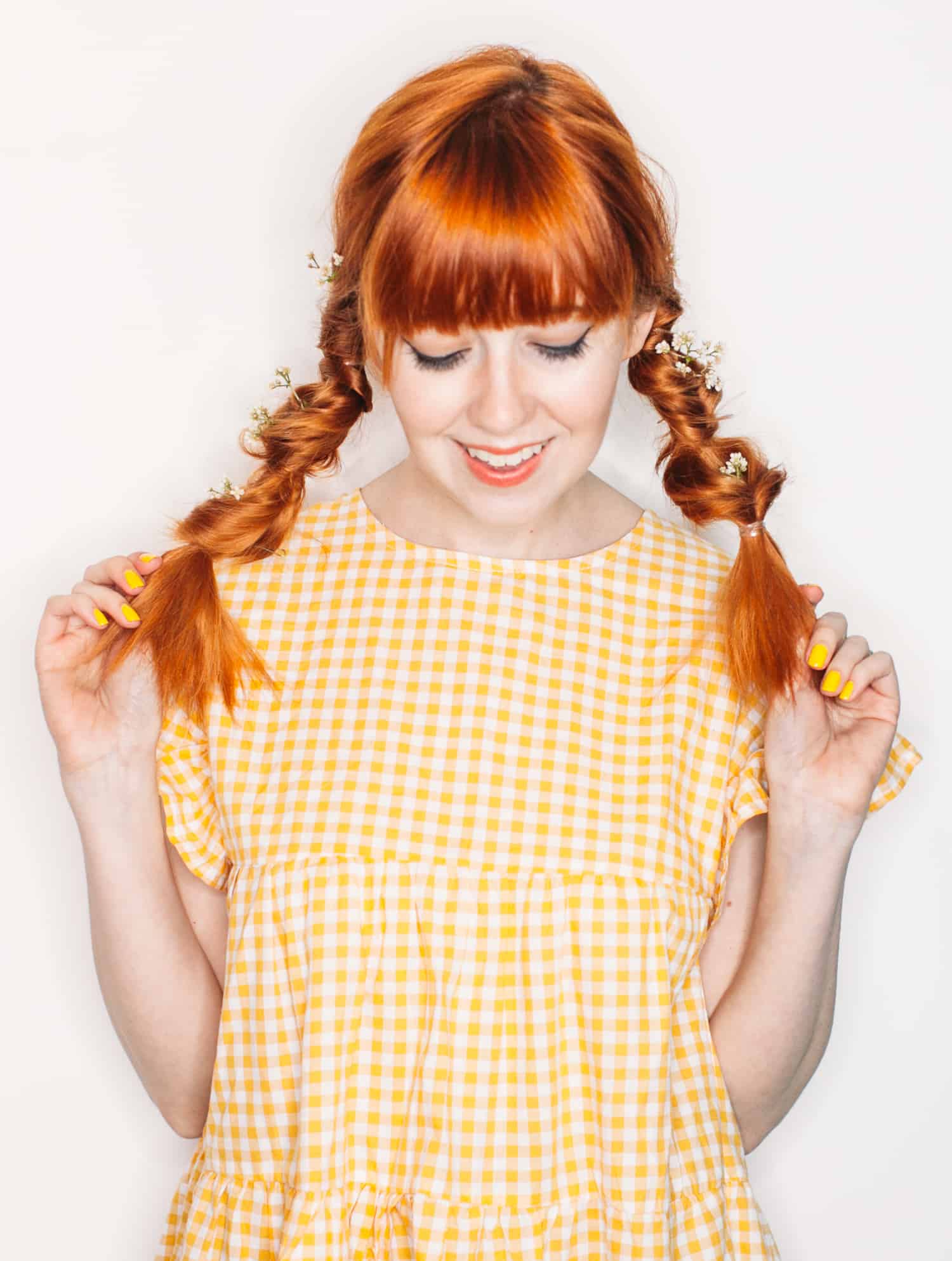 That’s it! Easy as I said, right? It’s just ponytail, loop through, add a new ponytail, loop through, etc. The loops create a texture similar to a fishtail braid with half the effort of a real fishtail. If you have longer hair, you can do loads more loops, or with shorter hair just do one less. You can messy them up and make them as full as you like and add a few bits of wildflowers to hold on to that summer feeling! Cheers, Rebecca.