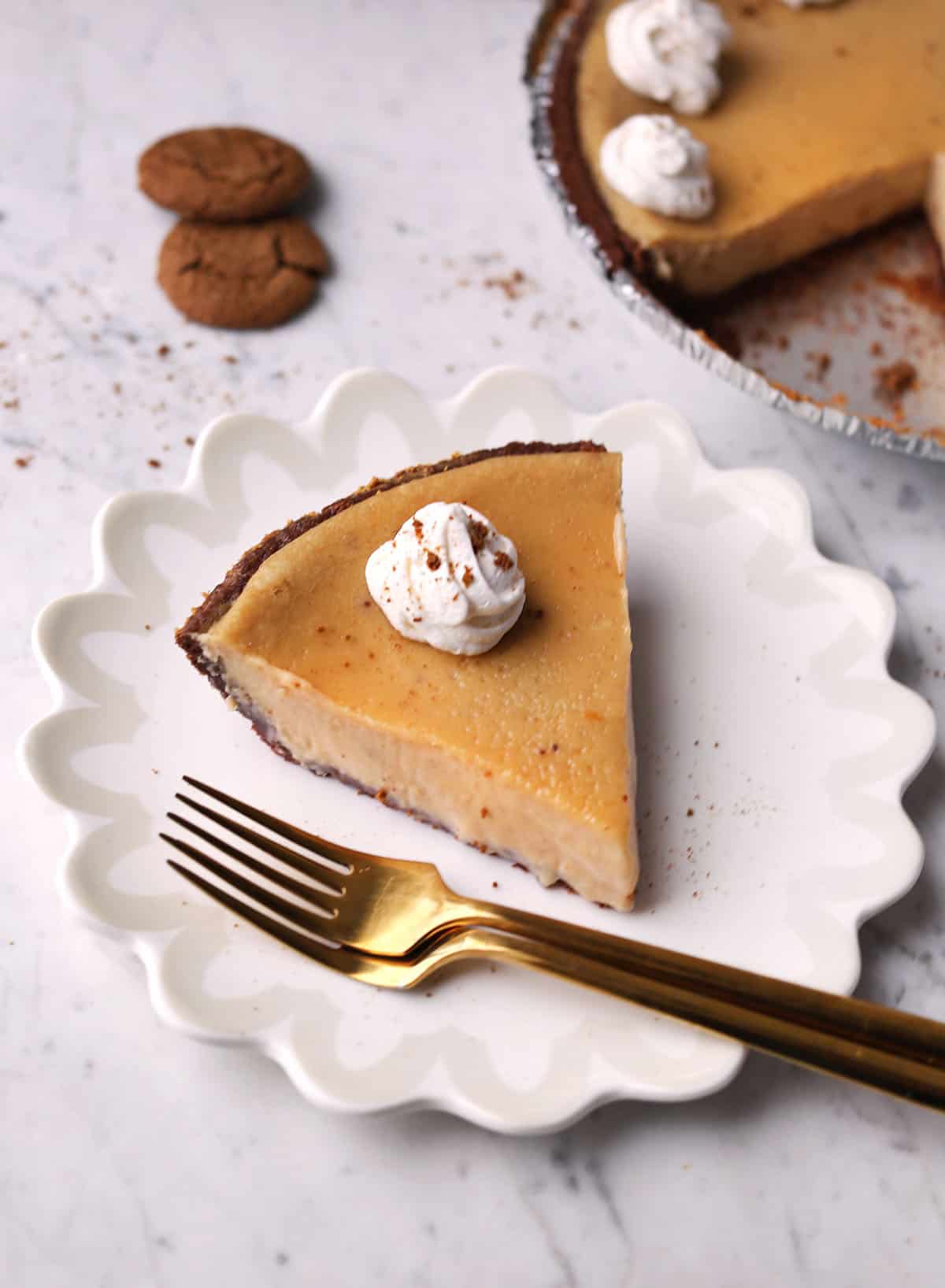 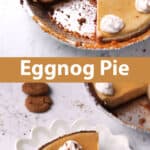 I recently made this eggnog pie for a holiday dinner party, and it was a hit, so I’m excited to share the recipe with you all. This is a made-from-scratch eggnog pie; except the crust. Lol.

This eggnog pie is made with rum and gets baked for 40-45 minutes. It’s a custard-style pie with a texture almost like a cheesecake.

I made this eggnog pie for a Friendsgiving/holiday dinner. Here are a few other desserts that could work well for a dinner party:

You can use any kind of spiced rum in this eggnog pie—just avoid white rum. The most important tip is to allow enough time to let this pie fully cool/set before serving.

Similar to a cheesecake, you don’t necessarily want to plan to serve this warm from the oven as it can remain a little gooey until it fully cools.

This eggnog pie is creamy, flavorful and sure to bring a little holiday cheer. Enjoy! xo. Emma 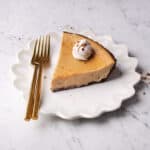