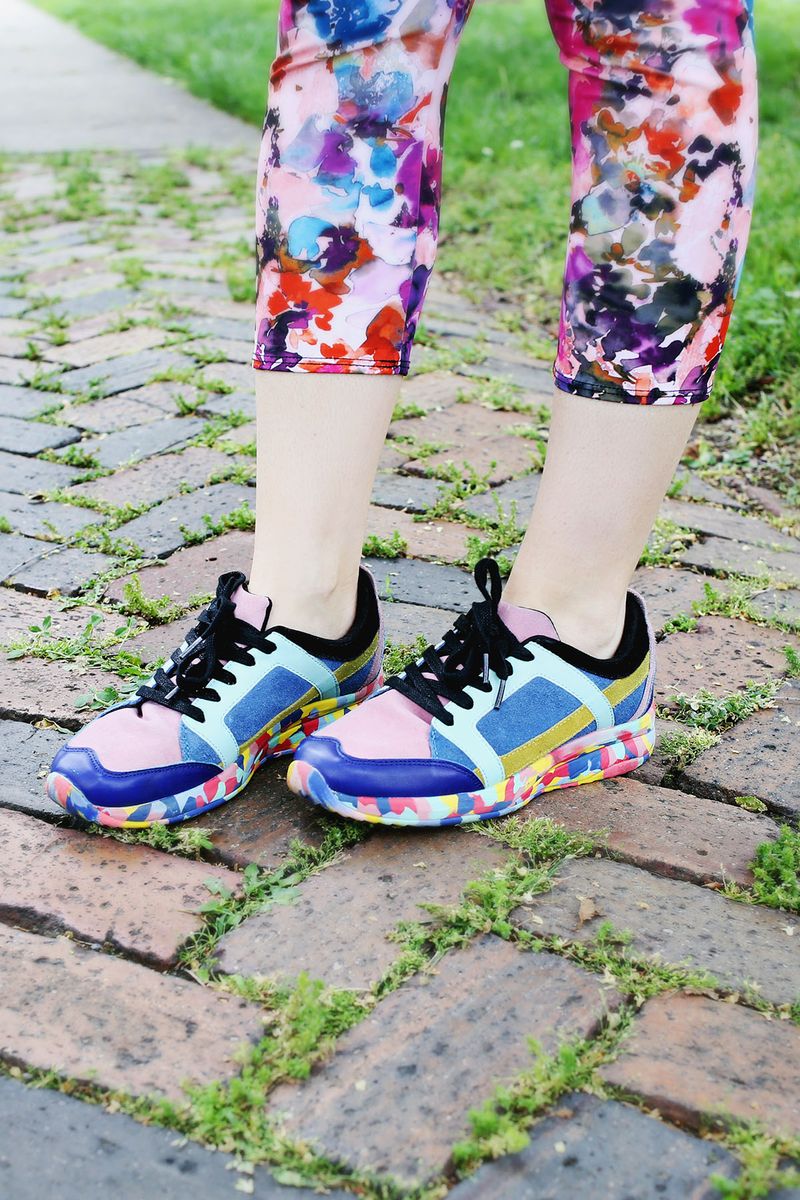 Almost three years ago Emma shared her fitness story here on the blog. If you can believe it, all this time I have been wanting and planning to share my story too—but so many things were holding me back. One is that I have struggled with fitness all through my twenties and now thirties. I have never felt 100% accomplished in this area, and I'm realizing now that I probably never will. The other reason, honestly,  is that I didn't really want to start an open conversation about my weight. It's embarrassing and vulnerable and no matter how much I frame it up as a "fitness" story, I knew it could circle back to judgements about my appearance, and honestly—I just didn't want to talk about it. Body image will never be my favorite subject. It feels weird to talk about it.

Three years later, I am here to share my story. It's like most stories, full of ups and downs. Right now I am in a good place. Probably the best, most balanced place I've been in. So I want to share what is working for me, what hasn't worked and what I would like to improve for the future.

Disclaimer: This is my story, not an advice column, so please read it as such. There are countless things that have worked for my friends and family (like my husband losing 45 pounds using the Lose It App) that didn't work for me. Every story is personal.

One of the biggest things I have learned is that fitness and weight loss aren't the same thing, and they don't necessarily come hand in hand. The best example I can share of this is that when Emma and I trained for our half marathon a couple years ago, I was definitely feeling stronger and more disciplined than ever before in my life. I was running long distances leading up to the race (five miles, then six, then eight, then ten….), and it was a great experience! But I did this at my highest weight ever. And I'm not going to lie…it was frustrating in some ways because, even though I felt accomplished and fit, I was a little disappointed that I didn't lose any weight. With that said, I still saw some improvements in my body, and I think that was a good lesson for me that weight doesn't always equal fitness. 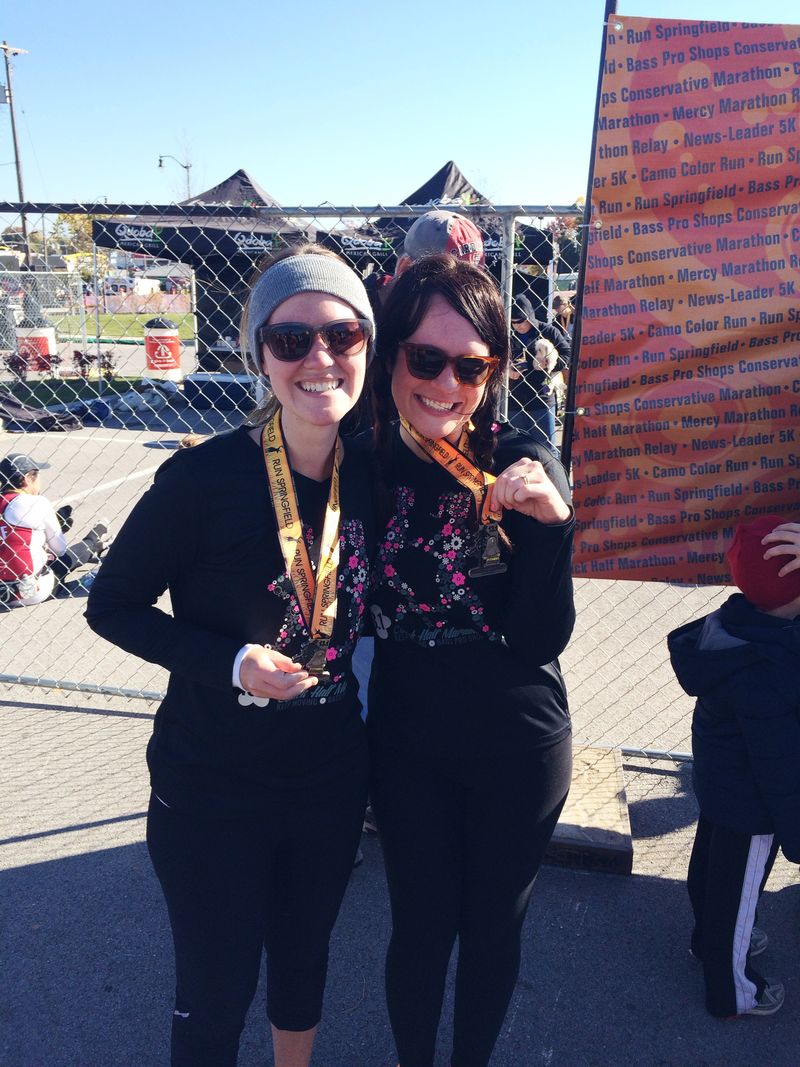 After the half marathon, I continued going to the gym close to my house where I mostly ran and lifted a little bit of weights. I did a couple more 5k races that year. But I started to feel stuck because nothing compared to the motivation of the bigger race, and I felt like I was no longer progressing. That coupled with the fact that I was still dieting unsuccessfully made me feel like I was stuck on a hamster wheel or something. Going nowhere. 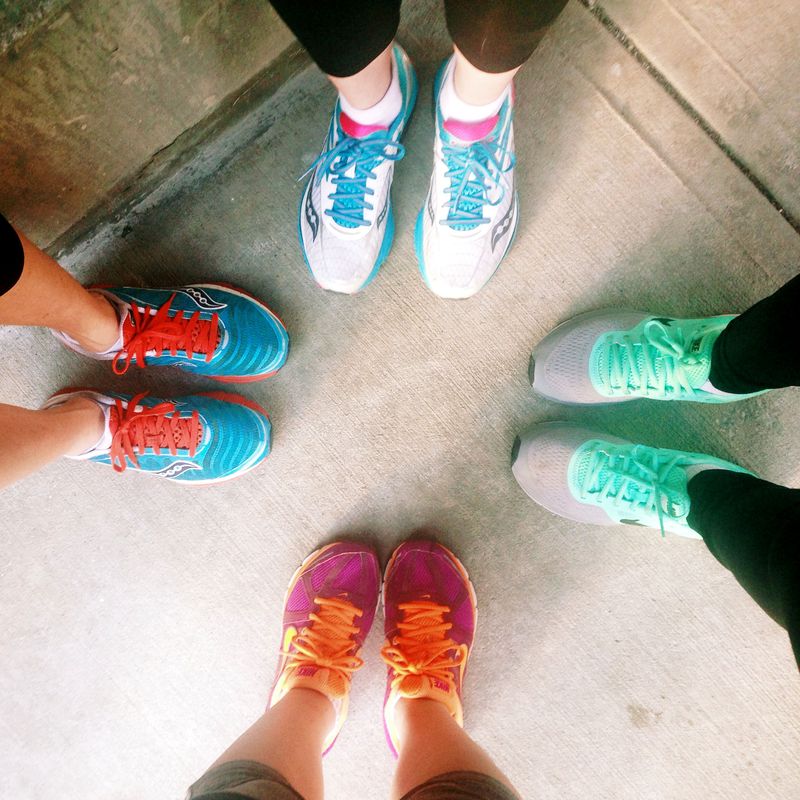 One night I was at the gym running circles around the tiny little track and I started crying (emo, I know). I knew at that moment that I needed to make a change and find a new way to challenge myself. I also had started to realize that I was very much living in a bubble, seeing the same people and doing the same things every day. And I wanted to do something to force myself to break that comfort zone and become more independent. So I promised myself that I would find a new class to try, a place where I didn't know anyone.

The next week I signed up for a local Barre Method class. I can't remember what made me choose barre, but I'm pretty sure it was on my friend Elise's recommendation. I felt anxious and weird like on the first day of school, but I did it! I went to a class where I didn't know anyone and it was really, really hard. I kept going, and every time it was really hard I would tell myself, "This is why you are here." I know it's cheesy, but this was a huge turning point in my life and a really healthy step for me as a person and for my fitness.

That was a year ago in March. I am so happy that I stepped outside of my comfort zone and tried a new challenge. I did a class this morning and it's my favorite way to work out. I learned that group classes are a really good motivator for me, and they're worth the extra money and schedule shuffling that it takes to go regularly. 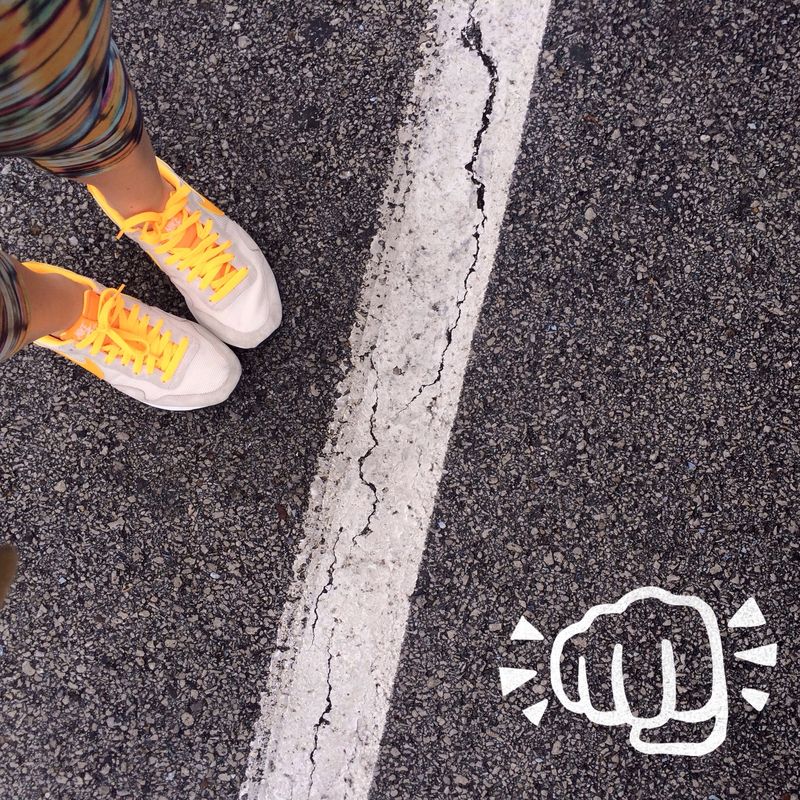 I was always a slow kid when we had to run the mile at school. I didn't run my first mile (without walking) until I was 24 years old. It's true what they say, that it's mostly mental. Because I was surprised that something I never thought I could do became a fun and easy part of my daily routine. Pretty soon I could run three miles and I felt awesome. 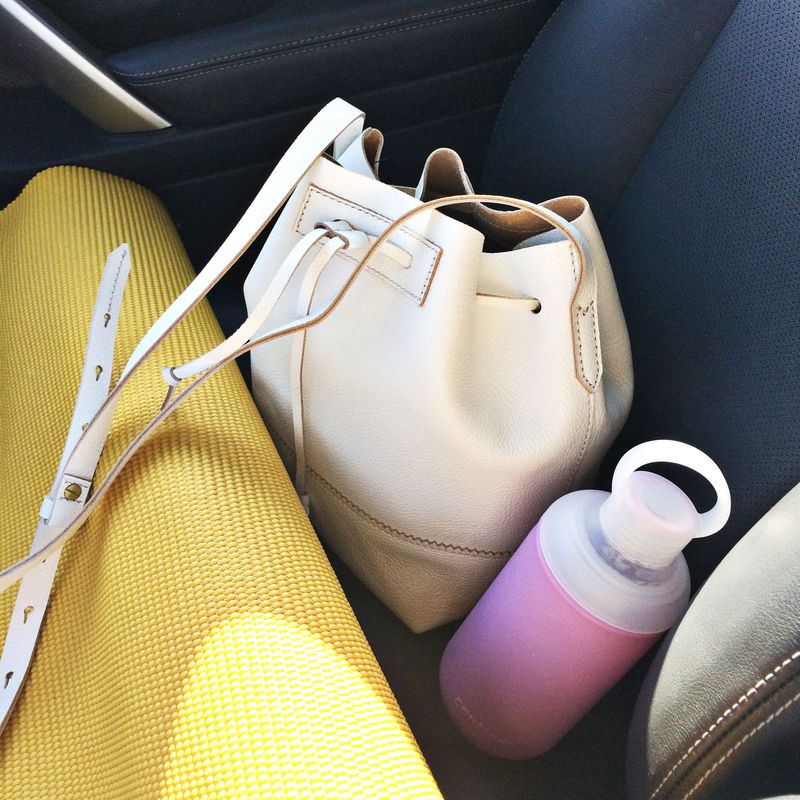 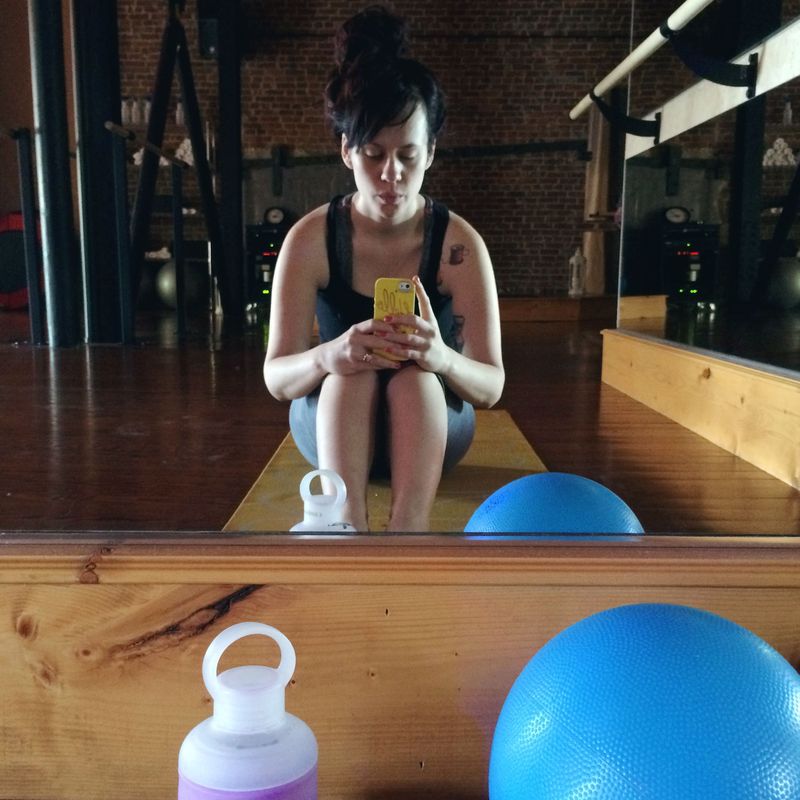 I just want to encourage anyone who is frustrated or bored with their fitness routine (or wanting to start one!) that you can do far more than you think you can. Take a chance and sign up for something that scares you! It's one of the best choices I ever made.

I have been an on and off dieter ever since I can remember. I don't say that proudly. I have tried a lot of different diets and plans that worked for other people and, for reasons I will never understand, they didn't work for me. The math was there, the science was there, but it didn't work. If you've been in this situation, oh man, I would love to have a loooonng coffee chat with you right now because it's one of the most frustrating things. I was never obese, I just wanted to lose ten pounds, and there is a certain guilt that comes with that—like "am I really vain?" feelings, which usually lead me to more donuts. My husband and some of our siblings lost a lot of weight using the Lose It App. I struggled hard with feeling happy for them because I was so discouraged with my own journey. I developed a really unhealthy start/stop, good/bad relationship with food, and the emotions that come with always dieting, quitting, then dieting again were pretty exhausting. 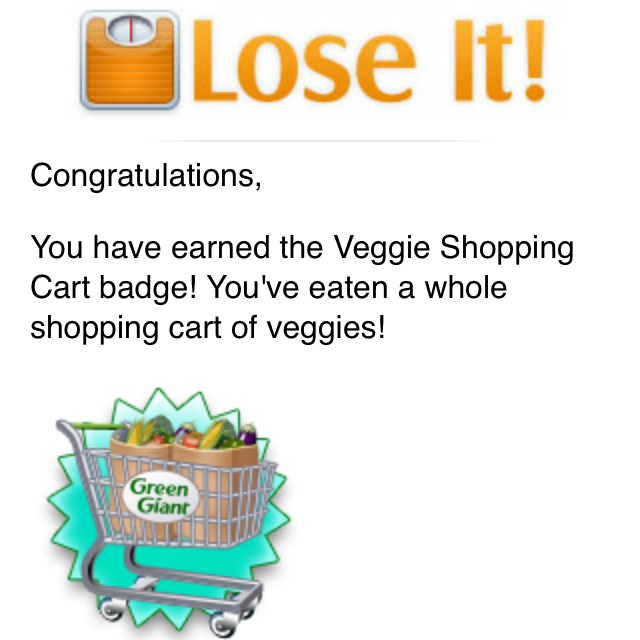 I chose to do Whole 30 for 3 reasons (all equally important to me). 1. Because I was starting to view myself as a quitter and I wanted to follow through with a plan 100%. 30 days seemed like a good starting point. 2. Because I want to be a healthy eater. More veggies, less sugar. 3. Because I wanted to lose weight. I had been trying to lose weight for several years. This wasn't my only motivation, but I would be lying if I said it wasn't a goal. I wanted to feel my personal best. I first learned about Whole 30 from my friend Diana who had great success with it. We became each other's cheerleader, and it was really good to have a friend who had already done it to text about random stuff! 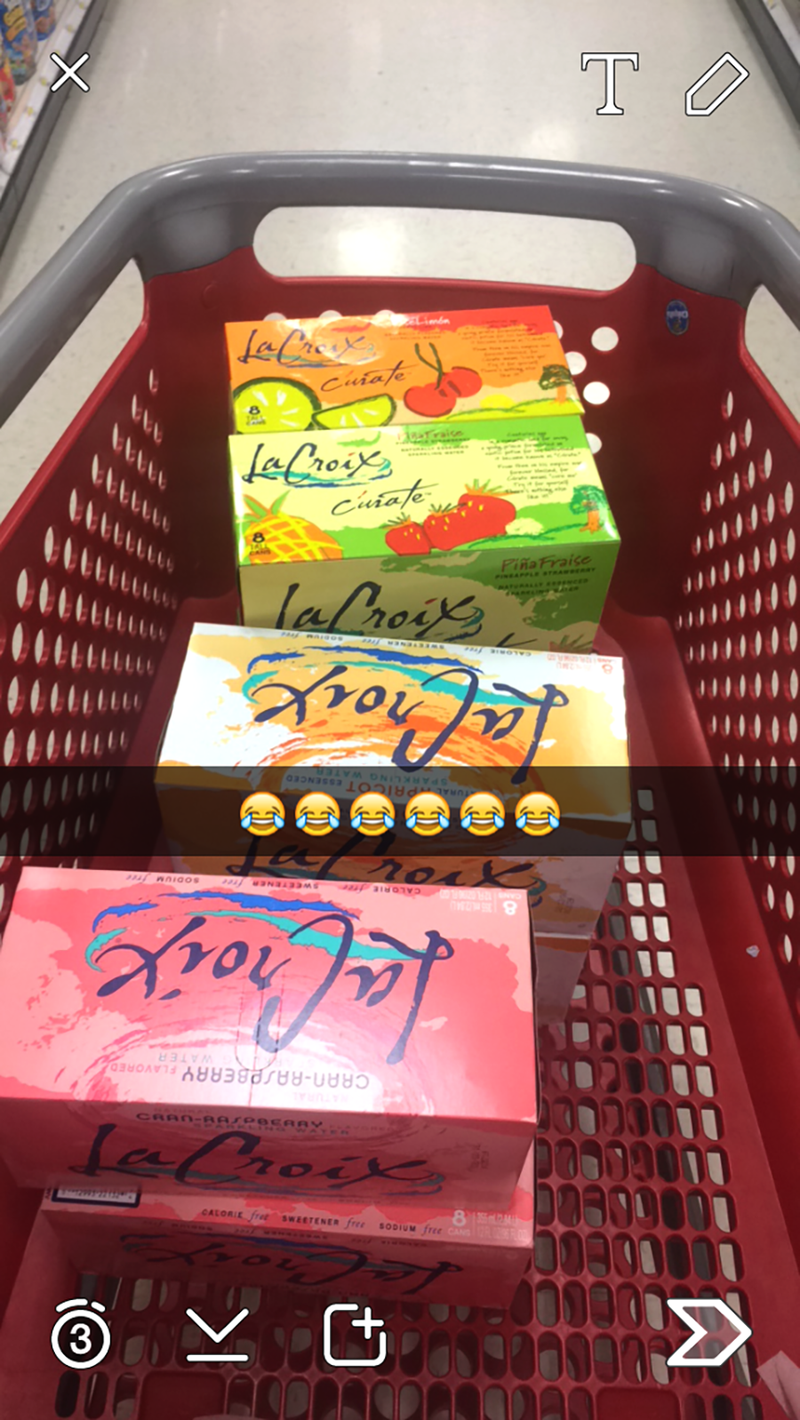 I won't go into explaining Whole 30 here because you can read all about it on their site or in their books, It Starts With Food

and The Whole30: The 30-Day Guide to Total Health and Food Freedom

So I'll skip to my personal experience! I decided to do the Whole 30 plan 100%, even though it included two things that seemed impossible and brutal to me—giving up alcohol and giving up dairy (cheese + wine night is my ultimate favorite thing). It was only 30 days, right?

My experience was really, REALLY positive. The thirty days went quicker than I thought they would, I felt like I was fantasizing about donuts and ice cream way less (this is BIG), and I generally liked the food I was eating OK or sometimes a lot (it wasn't torture). I think a big reason why Whole 30 worked for me when other plans didn't was because there is no cheating. On other plans I would focus a lot on my cheat days, my treat meals or ways to get more "fun food" into my day within the plan. Whole 30 completely discourages this kind of thinking. You're not allowed to eat any artificial sweeteners (not even Stevia), which I was really annoyed about at first, but later realized that it was necessary for me to reset my brain.

After the first month, I decided to do a second thirty days because I felt so good about my progress! My husband, Jeremy, decided to do it with me to support me and also to try it for himself. He already ate super low carb/sugar, but for him, giving up alcohol and dairy were a challenge, but it's been really fun for us to be able to eat all the same recipes.

I am finally losing weight (slowly, but still!) and now at the lowest weight I have been at since we were married almost four years ago. I'm surprised, though, that I'm honestly more excited about my new attitude toward food than I am about losing a few pounds. For the first time in a while I am not looking to food as a reward or a way to destress after a long day. And I'm really excited about that!

Doing Whole 30 as a couple kinda ruins date nights. Eating out is WAY less fun on Whole 30 (your favorite meals will be made at home, I promise), and with happy hours out of the picture, we were feeling kind of sad at first. We're routine people and Whole 30 majorly disrupts your routines. With that said, I'm happy to report that after a couple weeks of doing it together, we're finding new things to do together and ways to have fun that don't revolve around food and drinks. That's never a bad thing!

Favorite recipes: Rosemary Almonds (I still make these all the time and eat them with a dinner or roasted veggies or an apple), Josh's Sweet Potato Hash, Cauliflower fried rice (food-processed cauliflower, coconut aminos, coconut oil, egg, tons of garlic and maybe some shrimp or chicken), Roasted veggies with rosemary, Almond flower chicken nuggets (the ultimate treat—Jeremy makes them), and any kind of dip that makes raw veggies appealing. For drinks I mostly rotate between black coffee (hot), herbal teas (iced), La Croix and, of course, lots of water. For more ideas just look on Pinterest. There is a ton of good stuff. 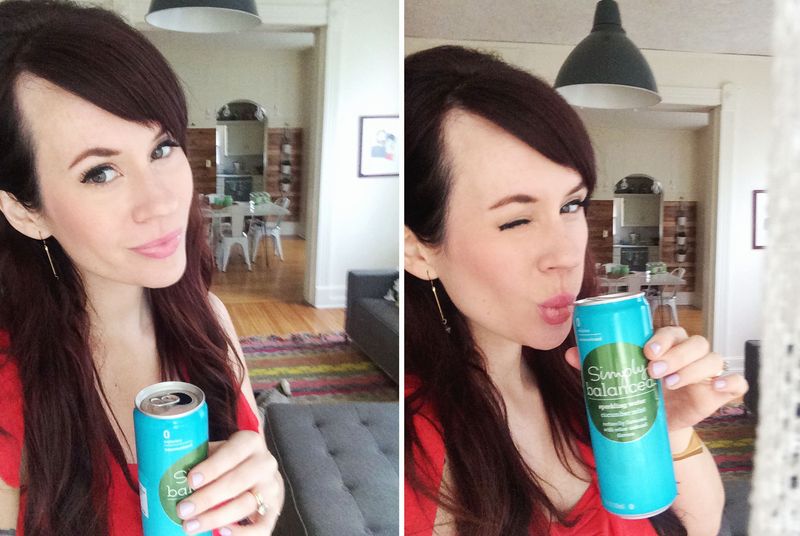 My plans for the future are pretty simple! I want to keep working on my fitness. With our move coming up, I'll have to choose between finding a new group class in my new town or finding a routine I can enjoy at home. I'm definitely open to suggestions! With food stuff I am planning to reintroduce alcohol and then dairy into my diet next month. The rest of the foods I gave up for Whole 30 I may not reintroduce ever because I haven't even missed them that much! 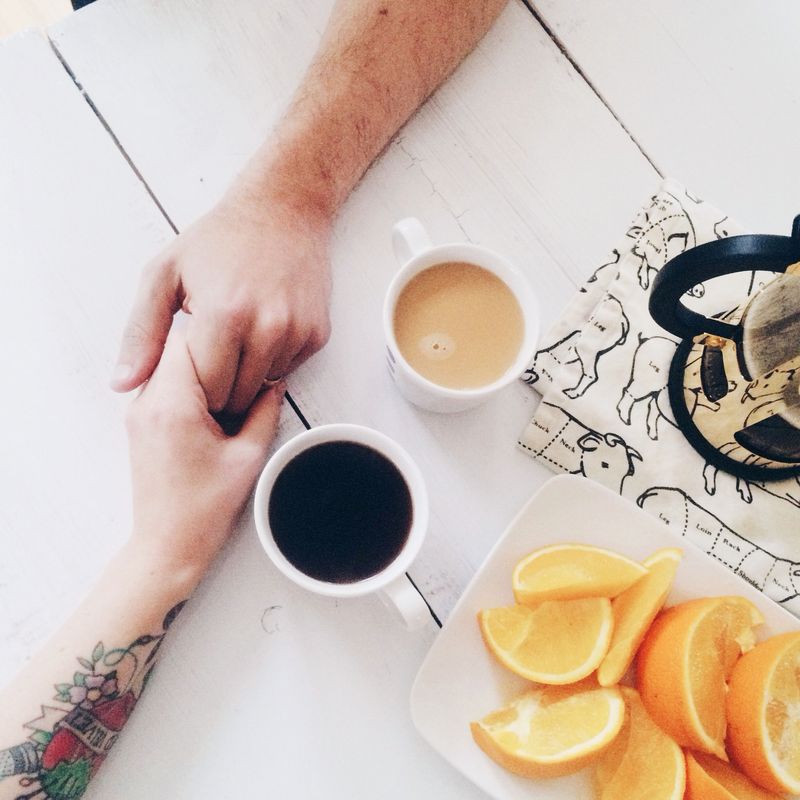 Thanks for listening to my story! I completely understand if it doesn't line up with your experiences, but I hope it encourages some of you either to try Whole 30 or to try a new fitness routine that you've been curious about. I enjoyed sharing this. xx! Elsie