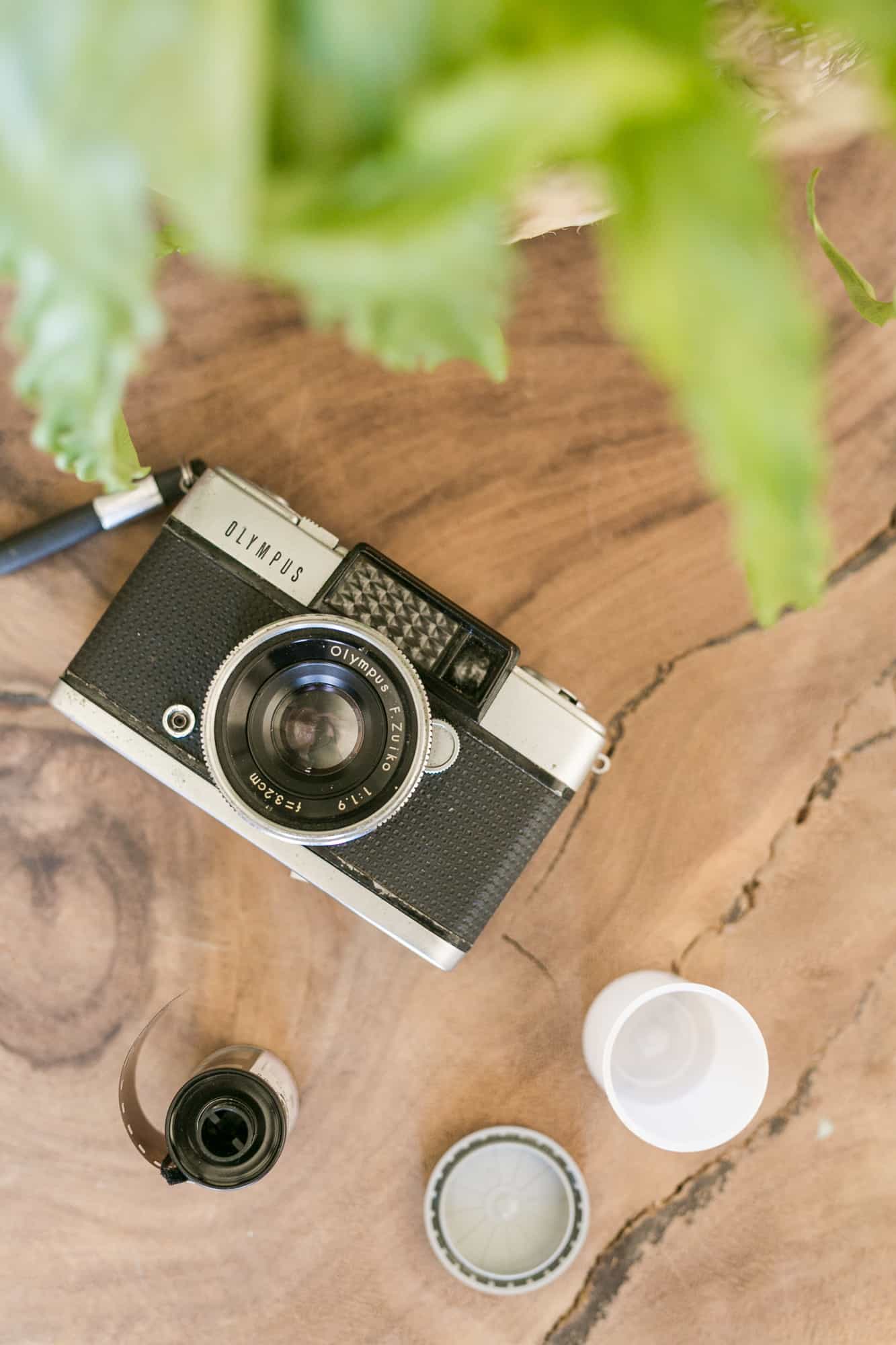 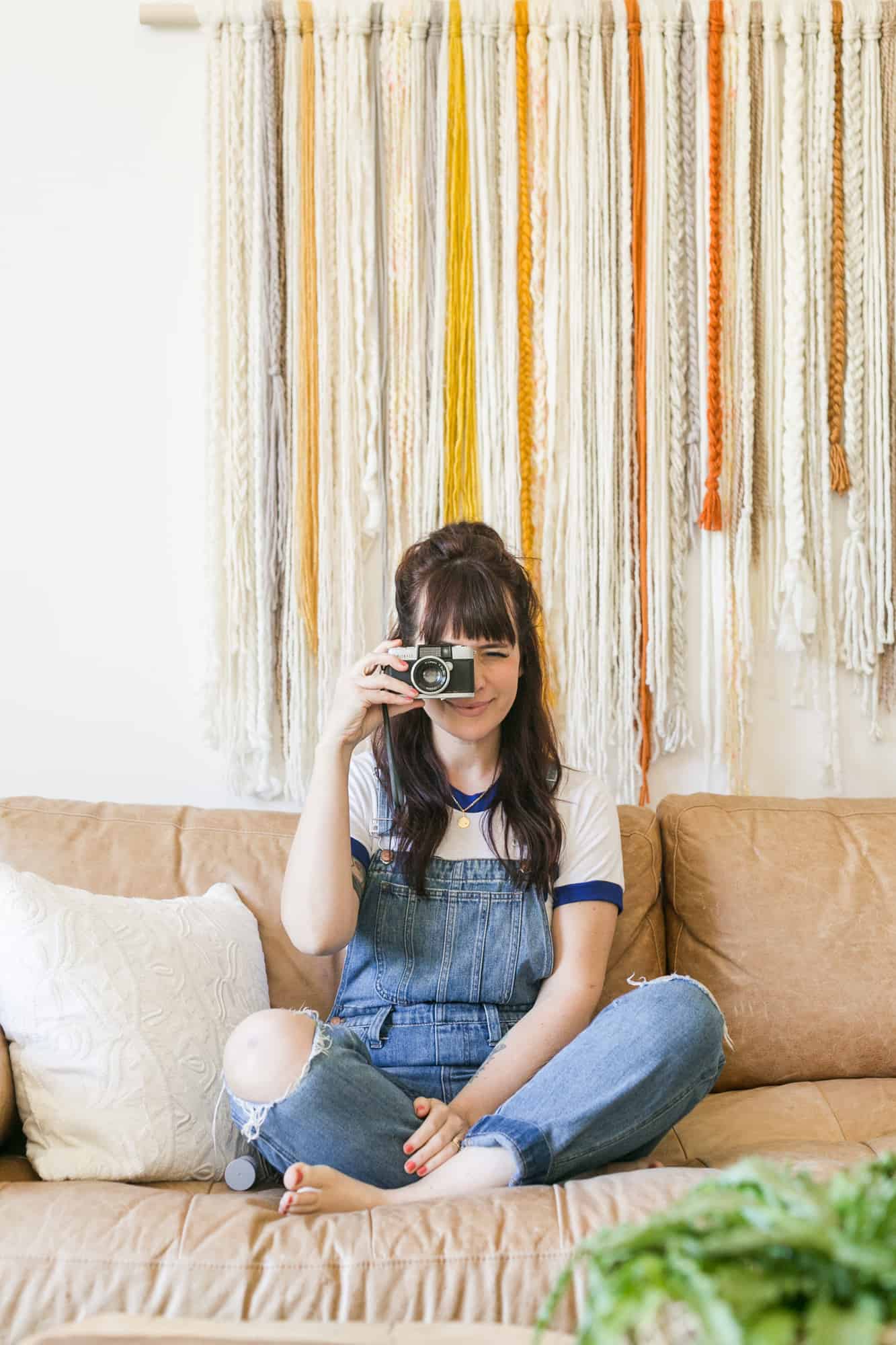 One of my big goals for 2018 was to take film photos. It may seem like a smallish/novelty goal to some, but it’s one that has been incredibly rewarding to me this past year! With the year wrapping up, I thought I would share some of the high points from our year of film photos and hopefully it will inspire some of you to begin your own challenge in the new year!

1. Film cameras
This is the area I could improve in the most, as I have taken several rolls of film with Nova this year, but haven’t gotten any developed yet. Film photos are for sure less instantly gratifying, but there is NOTHING as exciting as getting back the prints (or digital files) from rolls of film you took months ago! 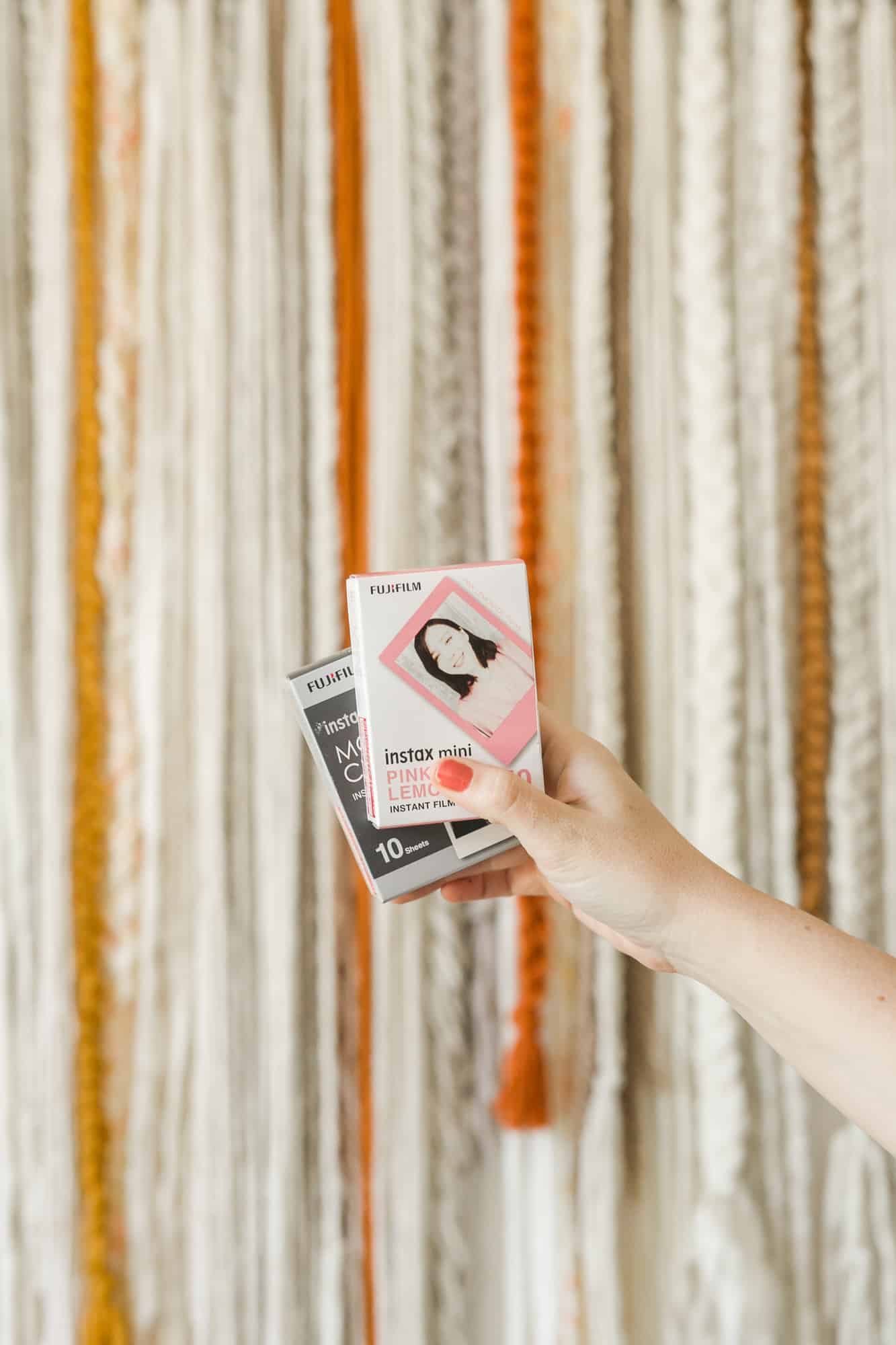 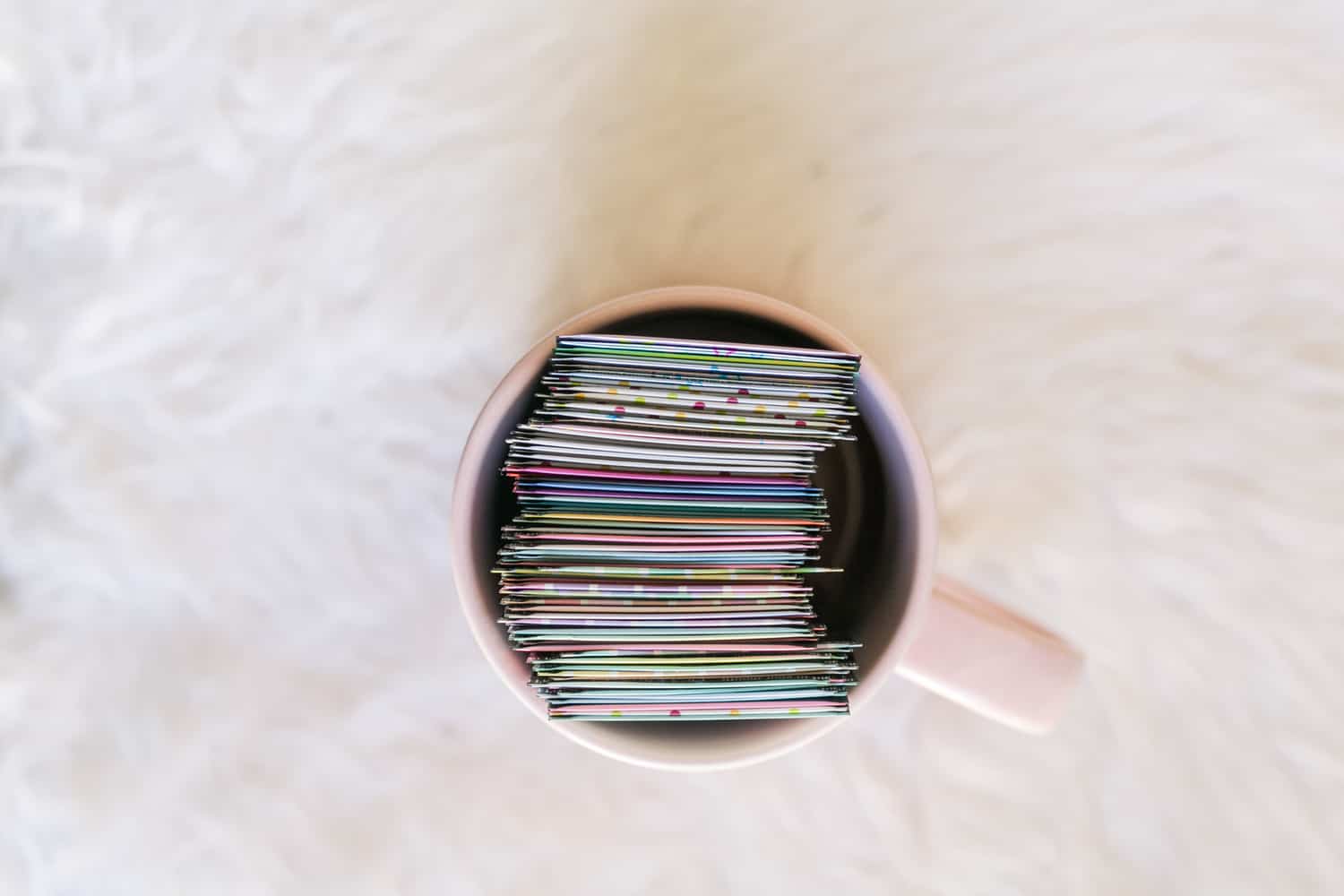 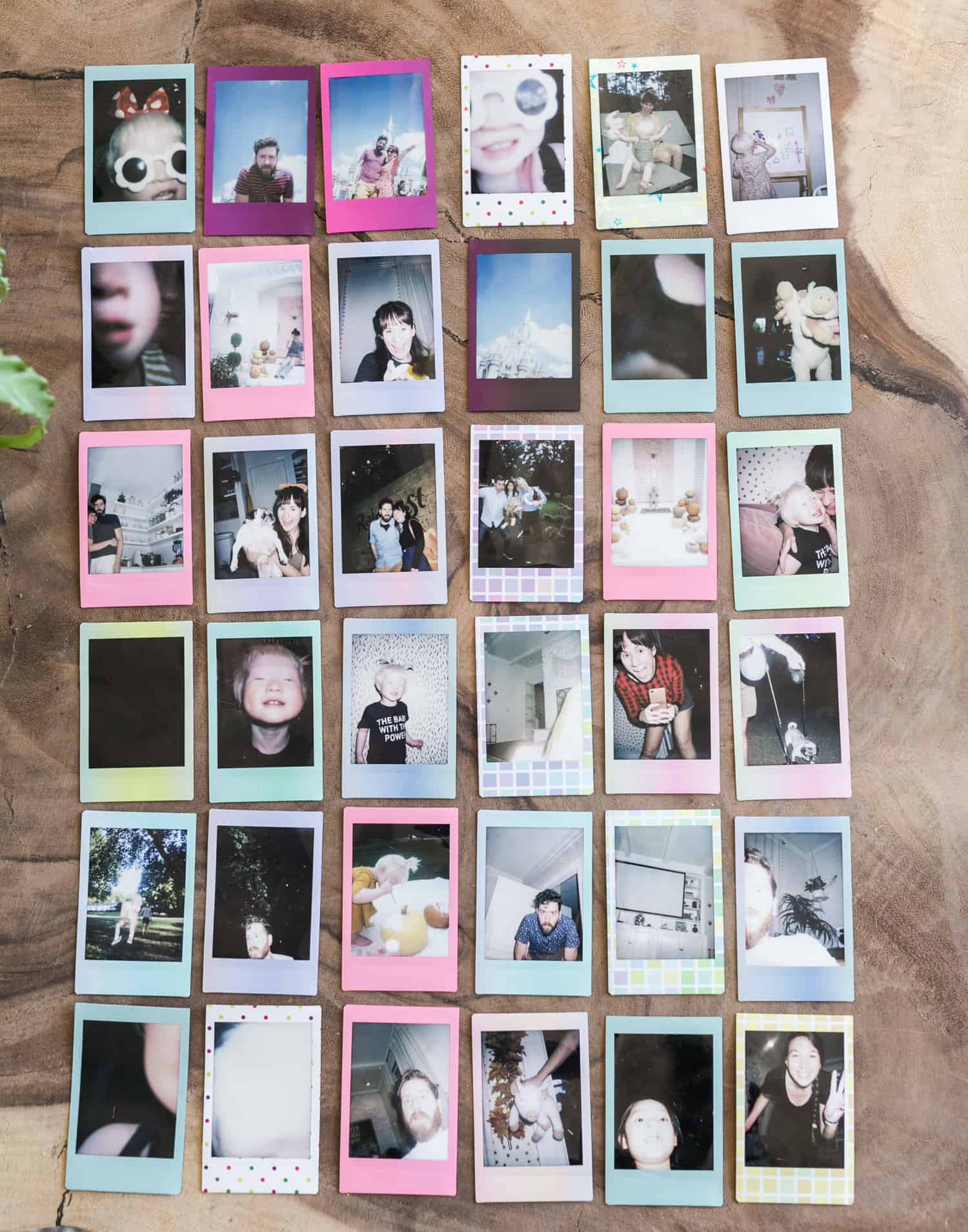 2. Instant film
I’d definitely say this is the area we were thriving in. We took dozens of rolls of Instax Mini film this year (find a camera here, white film here and pink and blue here). I like to say it’s “the best thing we waste money on”—haha. It’s the truth! Yes, it can be a bit of an expensive hobby when your toddler “wastes” a lot of photos, but I fully believe it’s a valuable investment in her creativity and self-esteem. When we first started out, she could hardly operate the camera at all. Now she can do it completely by herself and I LOVE when she realizes it’s a moment she wants to take a photo of.

In Nova’s instant collection so far, it’s pretty random (LOTS of photos of Jeremy and I and piggy—haha), but the thing I love about it is that it’s so clear how her creative mind is growing. It’s a treasure!

The Instax Square is our newest addition. SO excited about this. 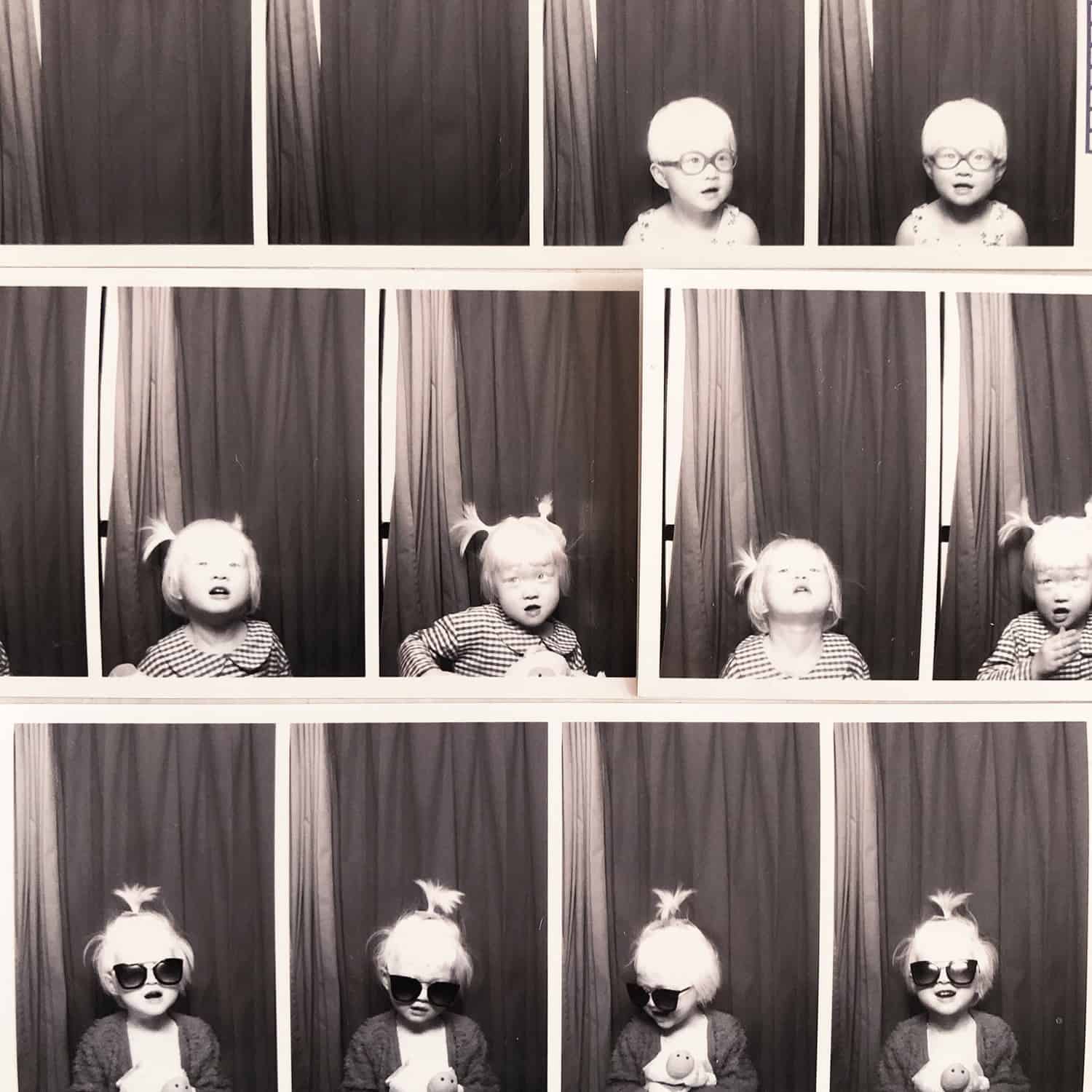 3. Photo booths
When I first found out about Nova’s sensitivity to light, one of my first thoughts was that she would probably not enjoy photo booths, but she completely shocked us and was obsessed with them from the first time she tried it. I mean, the last time we went, we had to physically remove her from the booth … hahaha.

As you can see from the photos above, these are a pretty special collection already. My heart could not be more proud of our little photo booth queen! We use the booth at Arcade Nashville (one of our favorite children’s boutiques!) about once every other month and it’s the most magical thing. We’ll definitely keep going with it in 2019!

What are your creative goals for the coming year? xx. Elsie

I’ve been thinking about giving film photography a go too! With digital I’ve got so used to being able to take a hundred shots just so I can pick out the perfect one. I can’t help thinking it’s making me lazy. If I was conscious of wasting actual film, I think I might be a little more careful about my composition before taking the shot.

I love those pictures of Nova in the photo booth, they’re so adorable! X

Oh my goodness I love the photobooth photos! Can’t wait to see the 35mm film photos 🙂 I almost exclusively shoot film now and it has made taking photos so much more fun xxxx

Thanks for sharing this awesome post! I still have a few rolls of film I need to get developed. I’d love to set this as my goal next year, but we’re on a limited budget. That being said, I would like to use my DSLR more and use manual mode more. I dabbled with this a little bit this year, but not much.

I had the same goal this year! Managed to shoot three rolls and develop two, so I’m pretty happy about how it went! Last Christmas I got an Instax Mini and have absolutely loved having this on hand for quicker little photo shoots. It’s been such a hit with family and friends too, I mostly walk with the Instax as opposed to one of my film cameras! Loved this post <3

oh man, I used disposable cameras to take SO MANY pictures of my stuffed animals as a kid hahah love those Piggy pics!

Thanks for the brilliant article. I have a fun time reading!

This is such a great idea for a challenge, and something that I’ve been wanting to get back into myself! My only problem is that I don’t know where to send my film off to get developed once I’ve finished a roll (or three!). Do you have any trusted places you prefer to send you film to?
I love that Nova gets her own camera too! Such a great way to develop creativity! 😀

This is really cool! I don’t have a film camera but I could easily get started with a disposable one, to see if I really like it. I also have a VERY old Polaroid camera (like, the first generation that came out for leisure uses eight years back) and could use that if it’s still working. I’d love to do this challenge! 🙂

She is going to be a beauty! I Can’t wait to get that camera in pink.

I received an instax camera for Christmas and am loving it so far! Would love to see some project inspiration for instax photos!

Nice! I have one film roll left to develop from a trip to Spain 10 years ago. I still remember growing up and the excitement of getting old rolls of film developed. You forget what they’re of.

I have a few creative goals this next year. I’ve been exploring pom pom crafting and wish to create a piece each week. Same with watercolor painting. I may alternate weeks or something else that feels right. The main goals would be to increase my follow through muscles, spend more downtime creatively rather than in front of the tv, and build my skills through practicing consistently.

The third is to begin my first novel. That’s more loose on end results though (for now).

oh, I have the same problem – a dozen film rolls just languishing away in a drawer. nova is the cutest!

What a fun post! I was just thinking today I need to get more film for our instax we have a little bowl in our living room filled with them and we use them for bookmarks and they are just fun to look through! Happy Friday!