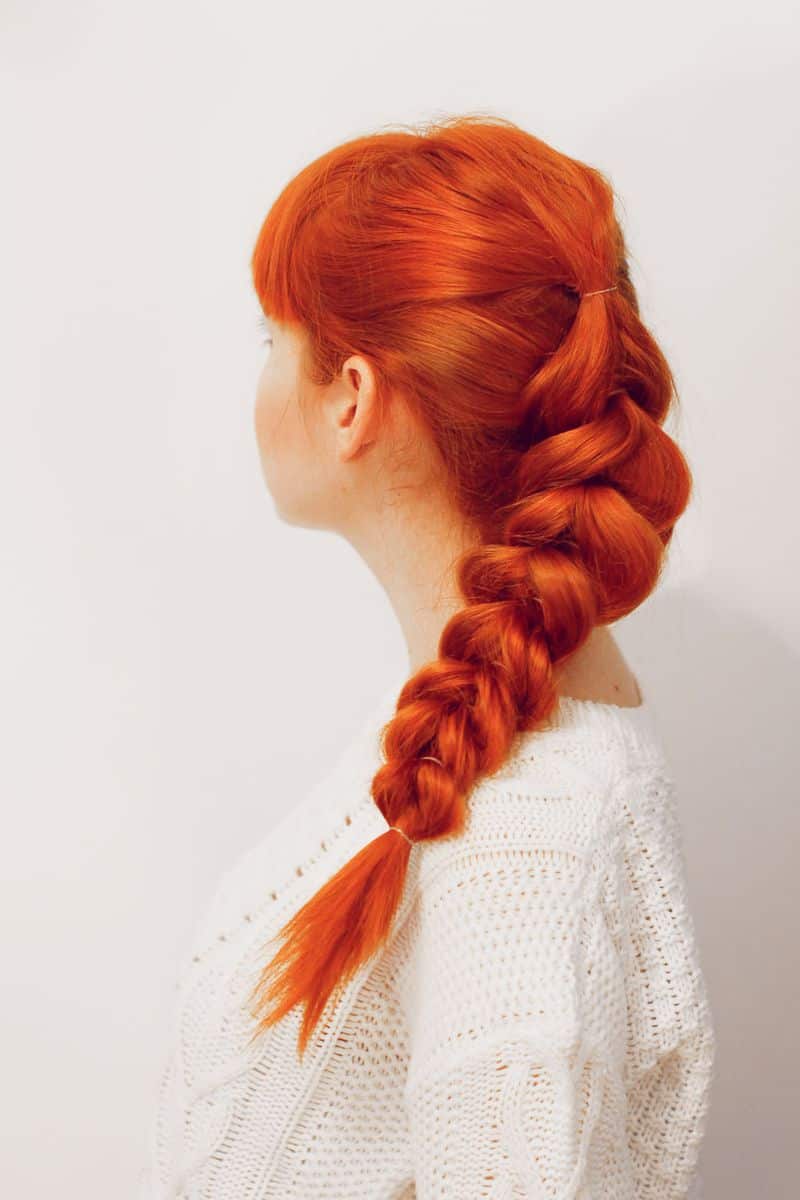 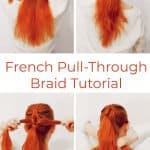 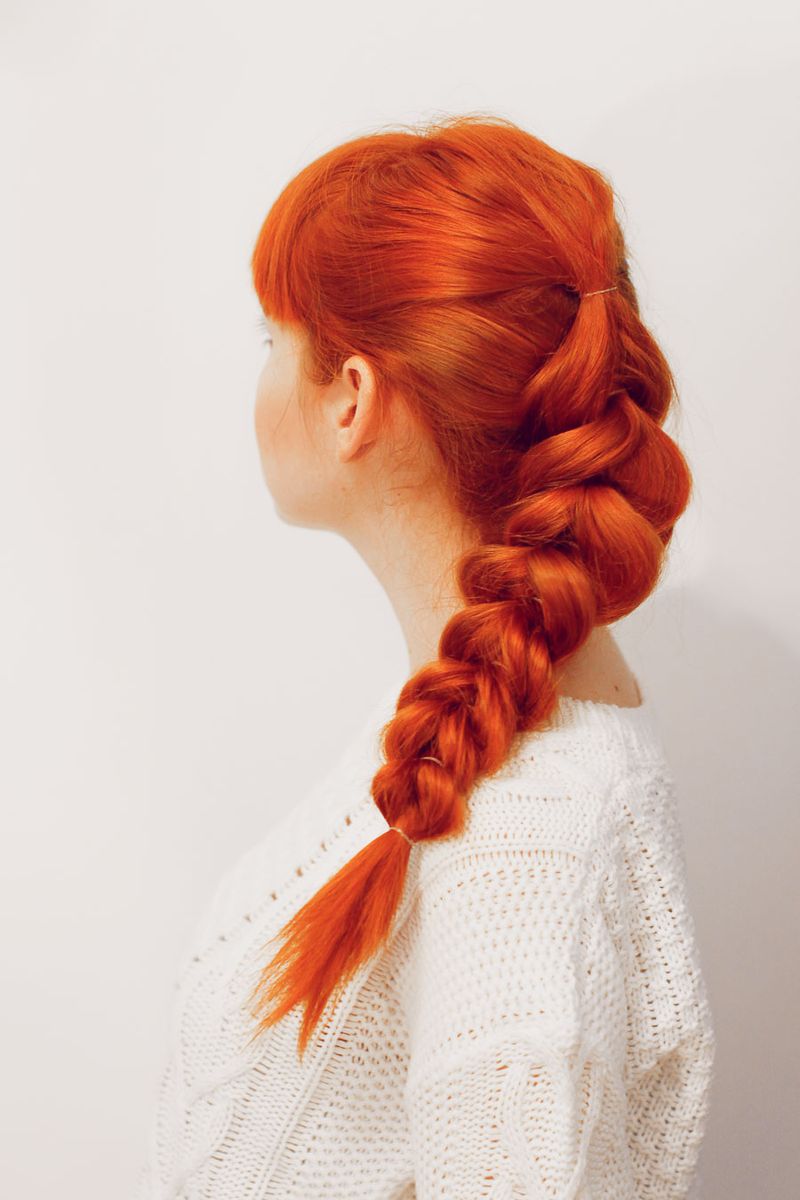 I have tried and failed at more crown braids and lace braids and fancy-pants braids than I care to admit or count. I’m still trying because eventually I might succeed, but some braids are seriously hard to learn, especially when you only have your own head to practice on! (I need to organize a braid party and practice some styles on friends one of these days.) Thankfully when braids fail you, there are loads of faux braids that look just as good and are half the work. Today’s pull-through braid is one of those styles; all you need is a load of hair elastics and you’re set. 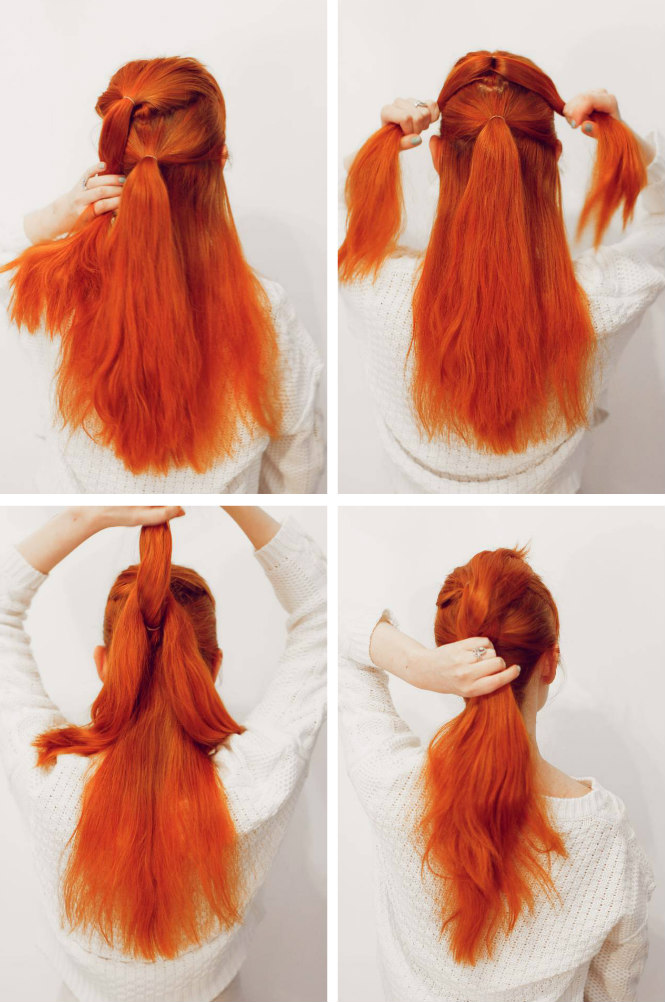 Step One: Start by making two ponytails on the back of your head, one underneath the other. Leave some hair at the bottom of your scalp loose.

Step Two: Take the top ponytail and divide it in half. Pull the bottom ponytail up through the two halves and pin it in place.

Step Three: Add some of your loose hair to the two halves of your top ponytail and tie it off in a new ponytail.

Step Four: Now you take your new top ponytail, divide it in half, and pull the lower ponytail up through the two halves.

Step Five: Repeat step three by adding any remaining loose hair to the two halves and tie off. 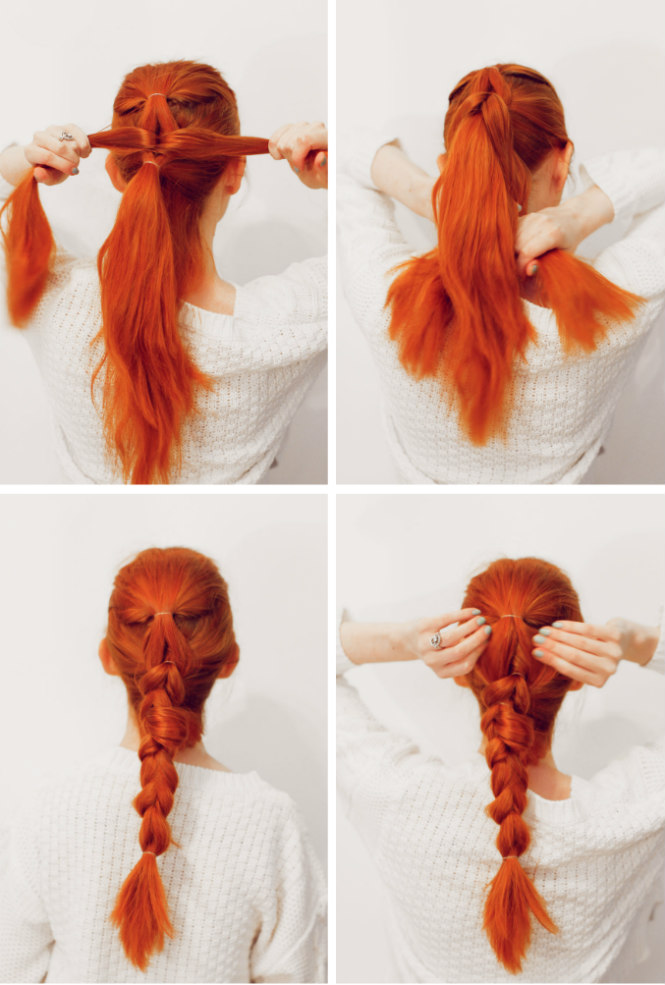 Step Six: Continue this process until you nearly reach the end of your hair. Tie it off when there is an inch or two remaining.

Step Seven: Mine is a bit messy, but this is okay because the last step is the one that makes it look so good! Pull on the outer edges of each little section, loosening them and giving it a fuller look. 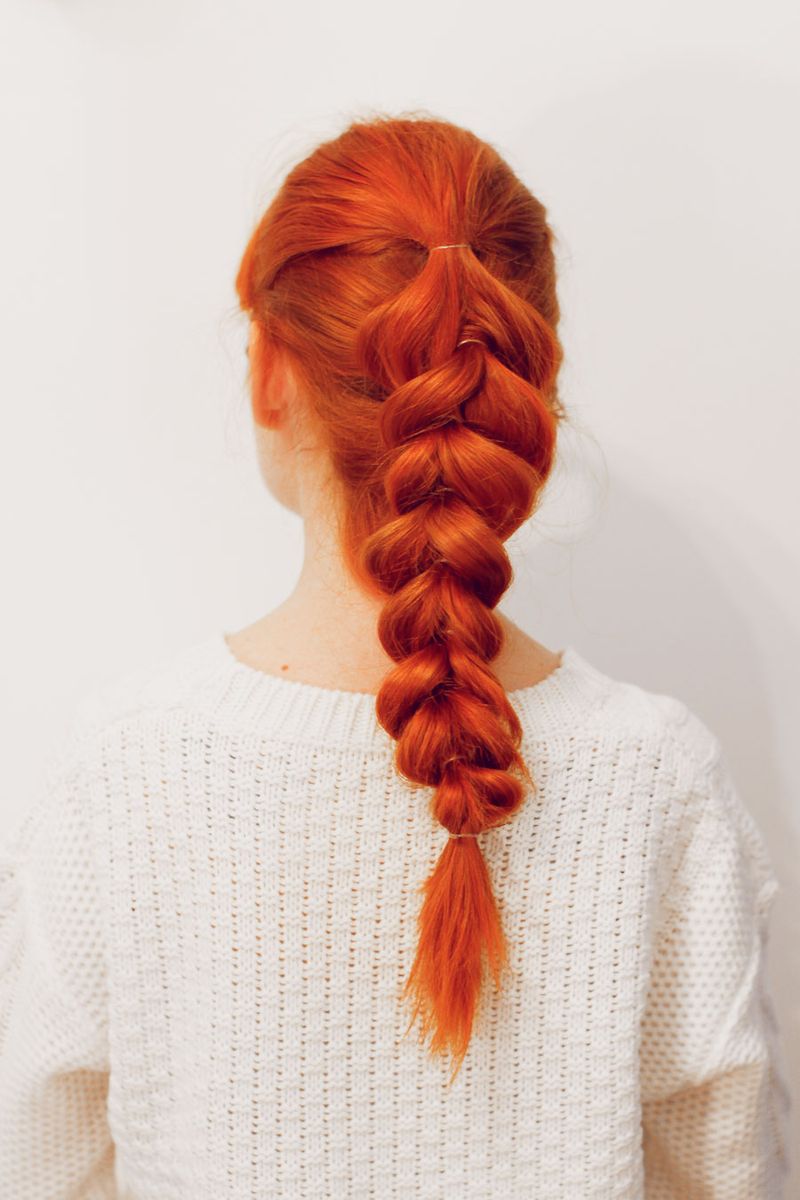 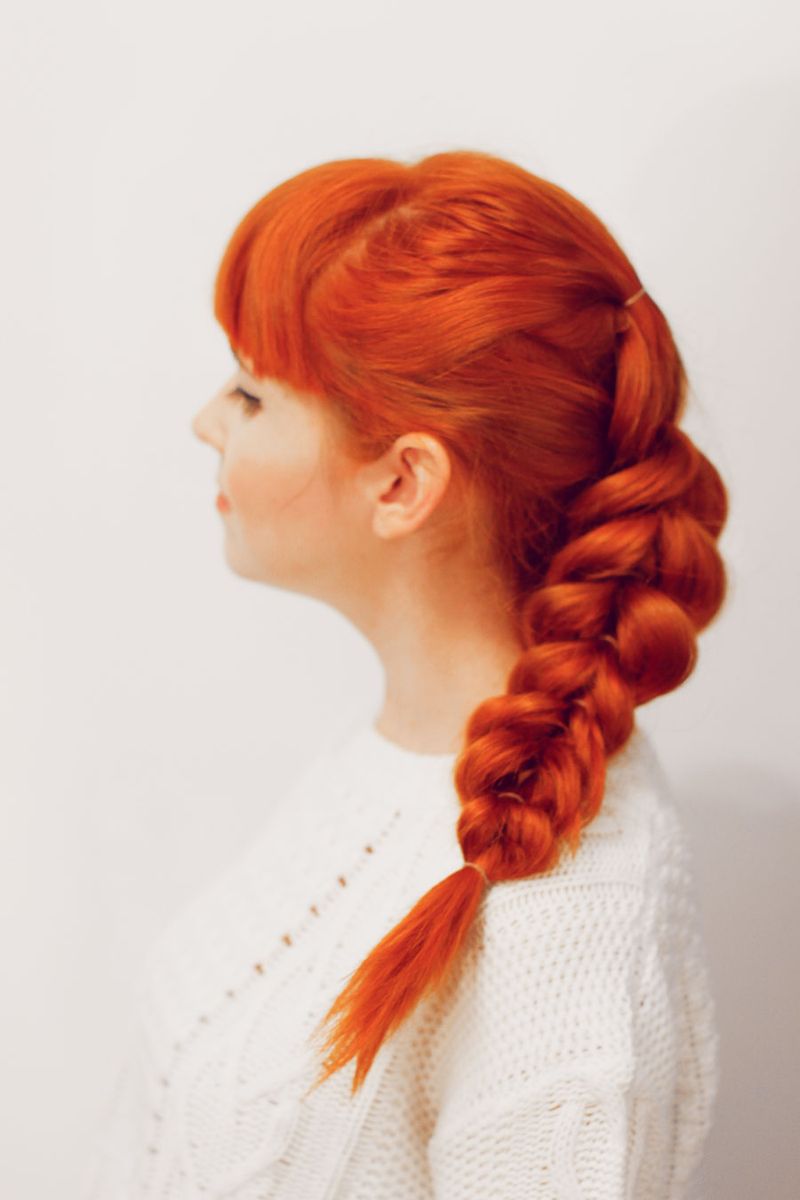 This style has been my favorite way to wear my hair this winter. It’s a cool style that looks a lot trickier than it is to achieve, but what I really love is how thick and full it makes your hair look. Like, Disney animation hair fullness! I didn’t even “pull” the hair to the full extent of the thickness you can get. Cheers, Rebecca.