This post just goes to show you that it’s “better late than never” with documenting your life. We took our then 5-month-old daughter out on tour with her dad’s band Mutemath last fall and it was definitely a trip that needed documenting to show her later on all the fun places she got to visit as such a little baby. I will say up front that these were not the easiest trips I’ve ever done (by far!), but it was important for us to be together as much as we could while Lola was still so little, so we spent two weeks at a time on the bus on two different parts of the tour. It was certainly a trip to remember, so I thought I’d share a few of the pages with you too! 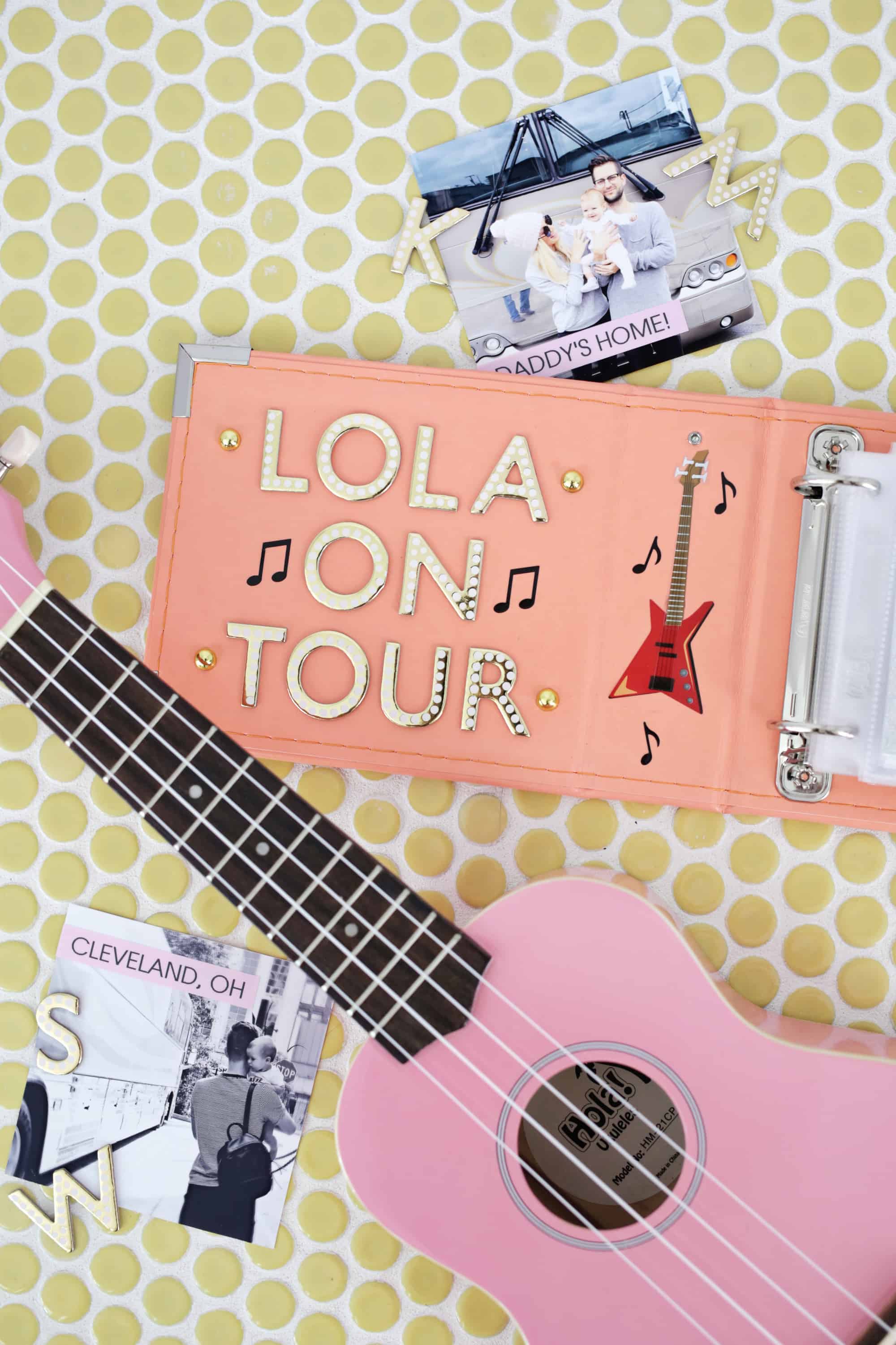 I used this coral book and 4″ x 4″ pages to make the book and then printed photos sized to 4″ x 4″ to put in the pages. I usually make a fun cover or first page for a book to go with the theme and so I used some gold chipboard marquee letters (from Hobby Lobby) for the title and some music stickers as accents (Todd plays guitar so you know we had to get one of those on there!). 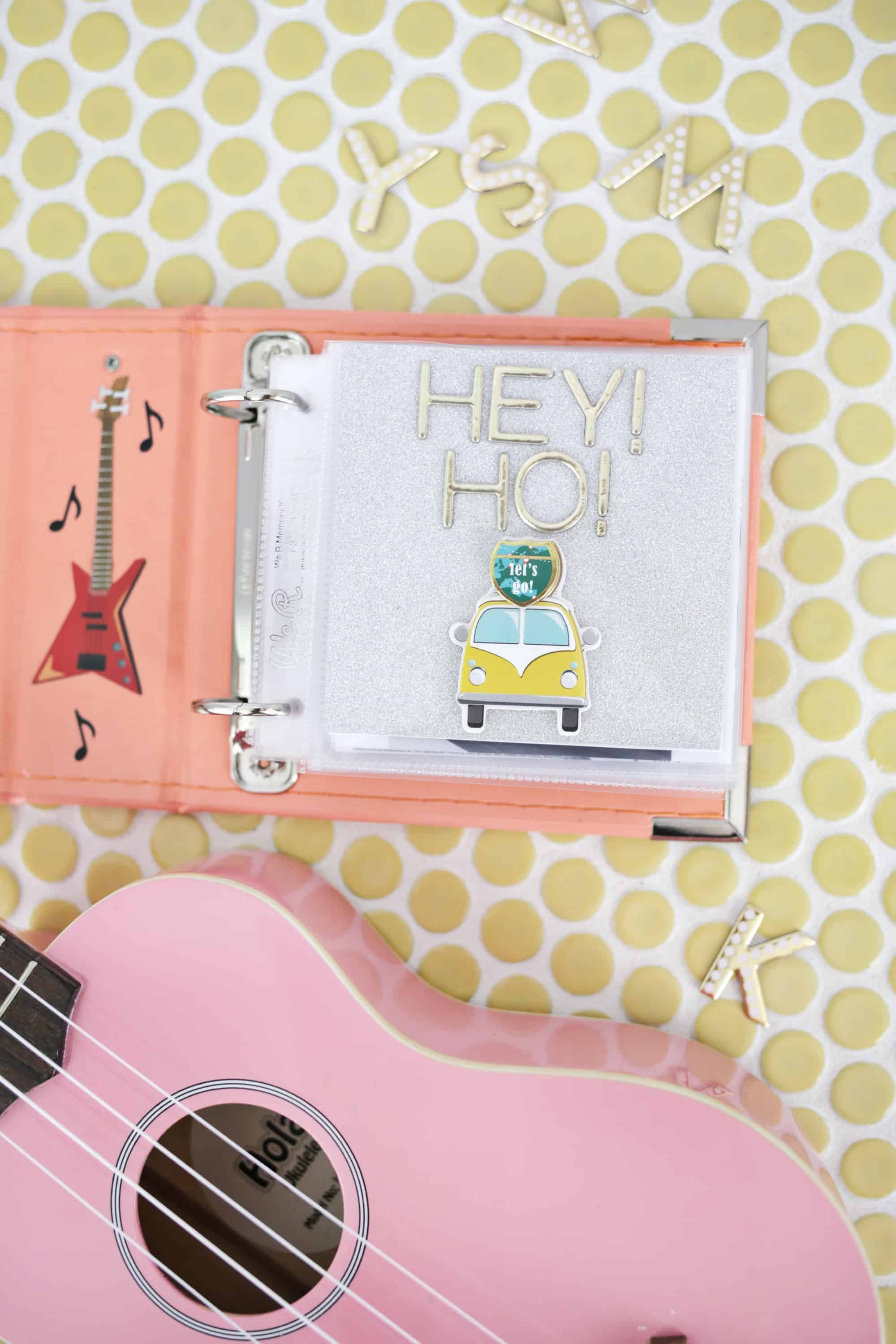 Since we were living out of a tour bus for a month, I made the cover page a little tribute to that and added the text to mimic the classic Ramones tune to go along with the musical theme … wasn’t that clever of me?? I thought so! 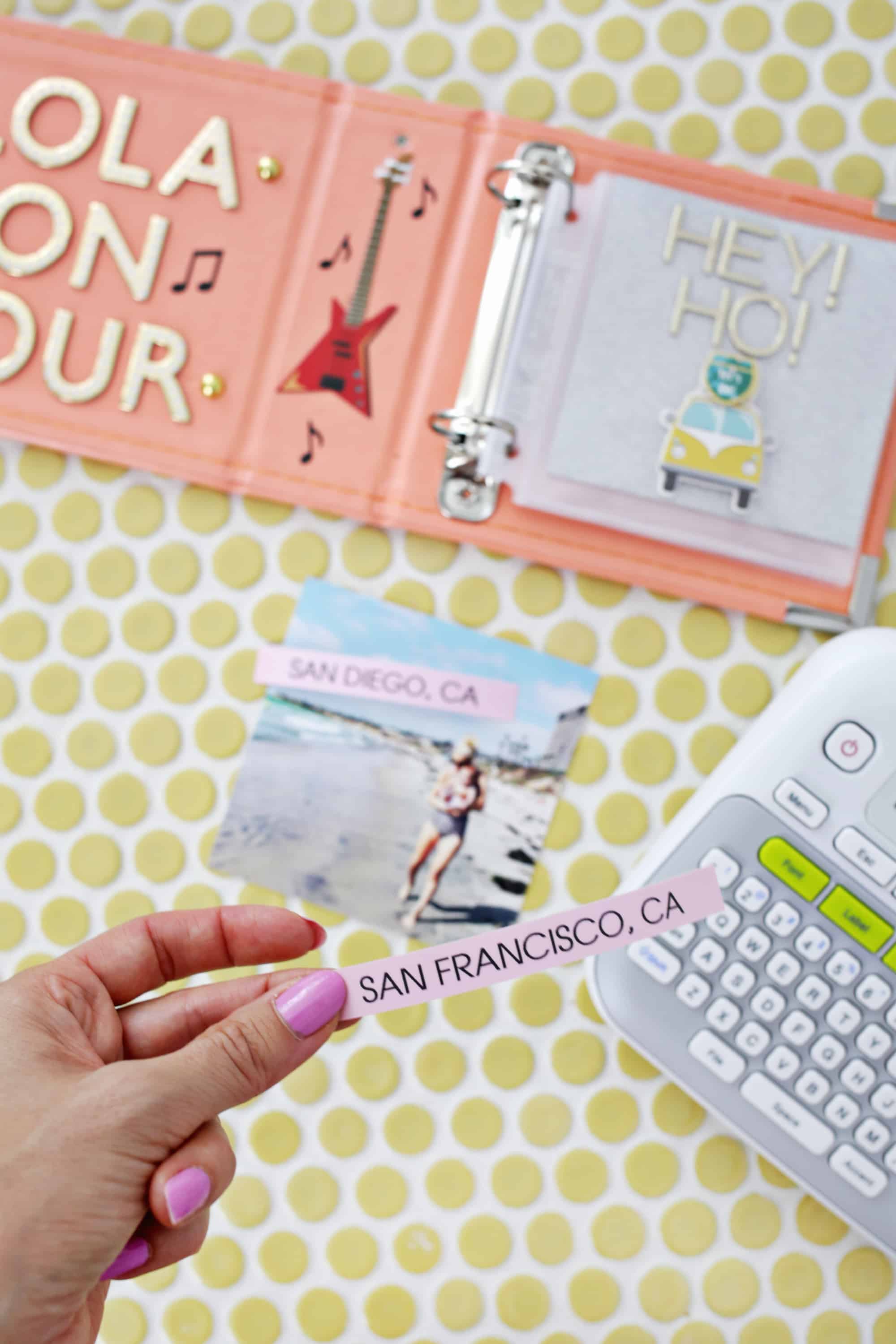 I wanted to make some labels for the different cities and used this label maker so they would all look uniform and match. I used pink label tape to make it feel a little more custom too. 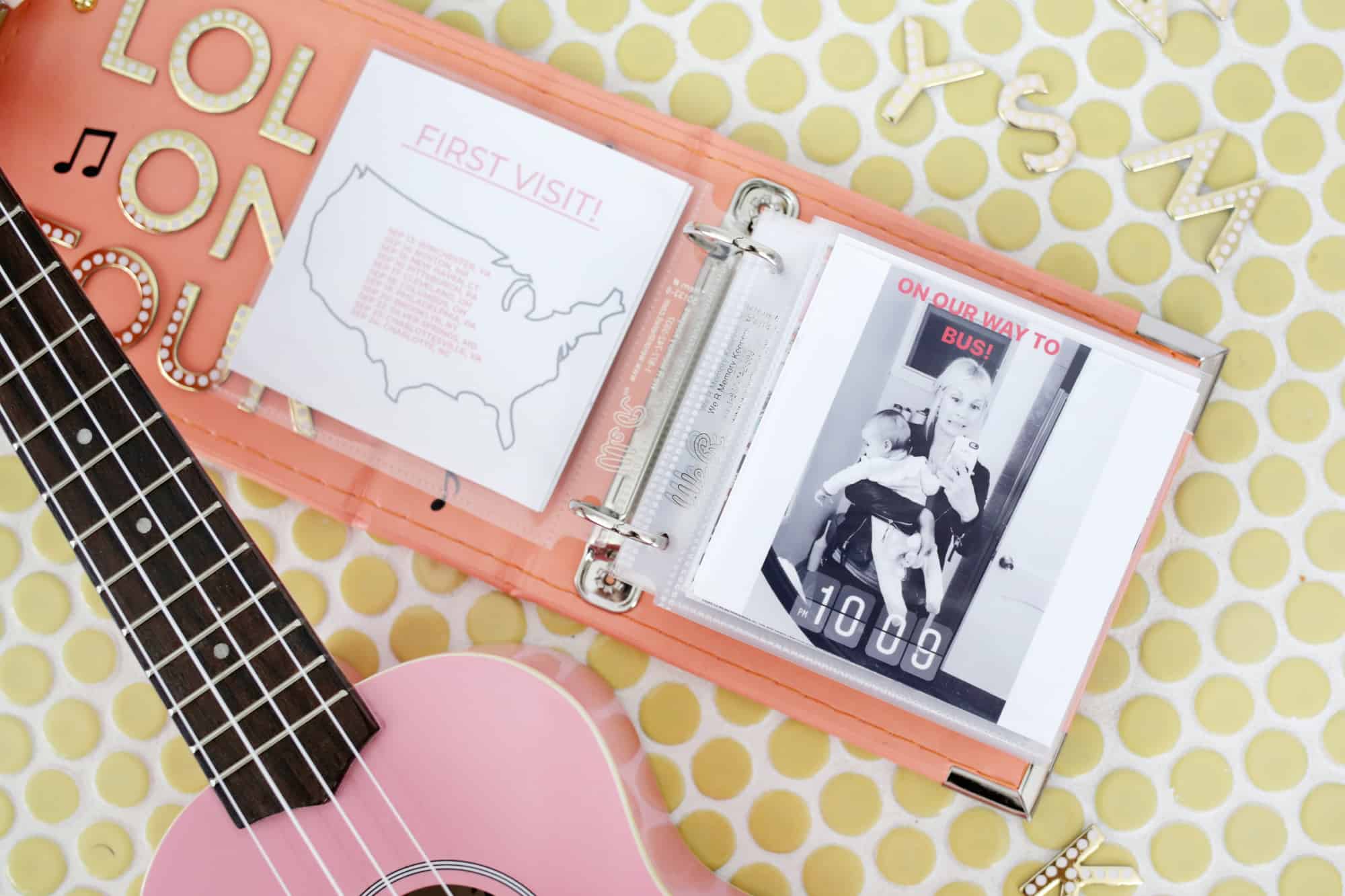 I also made little diagrams of what cities we visited on her first and second trip out as you can see on the above left and that also helped me put the photos in order as well. I also used some Instagram stories screenshots that I posted from that time too, which was a fun addition to the regular photos. 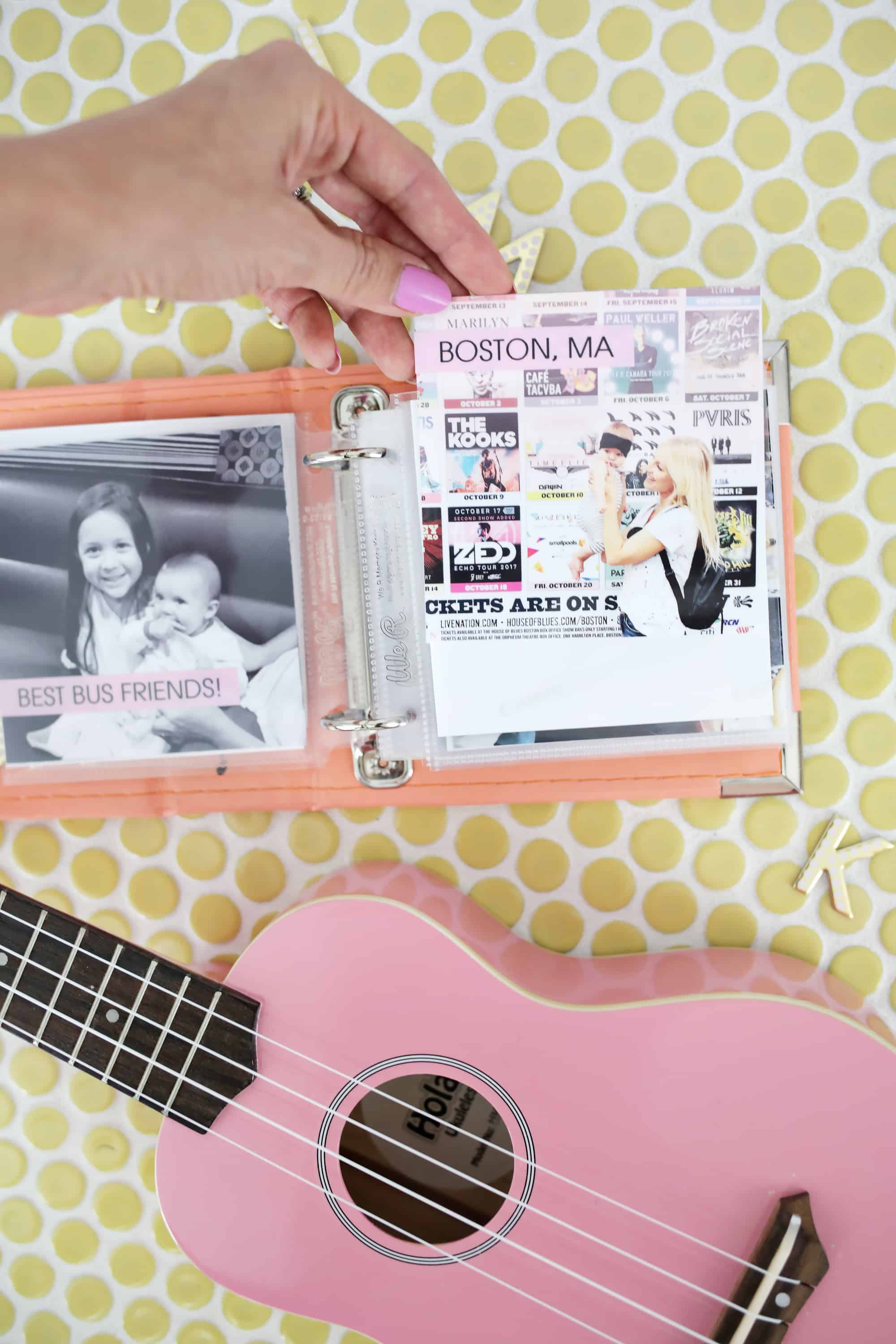 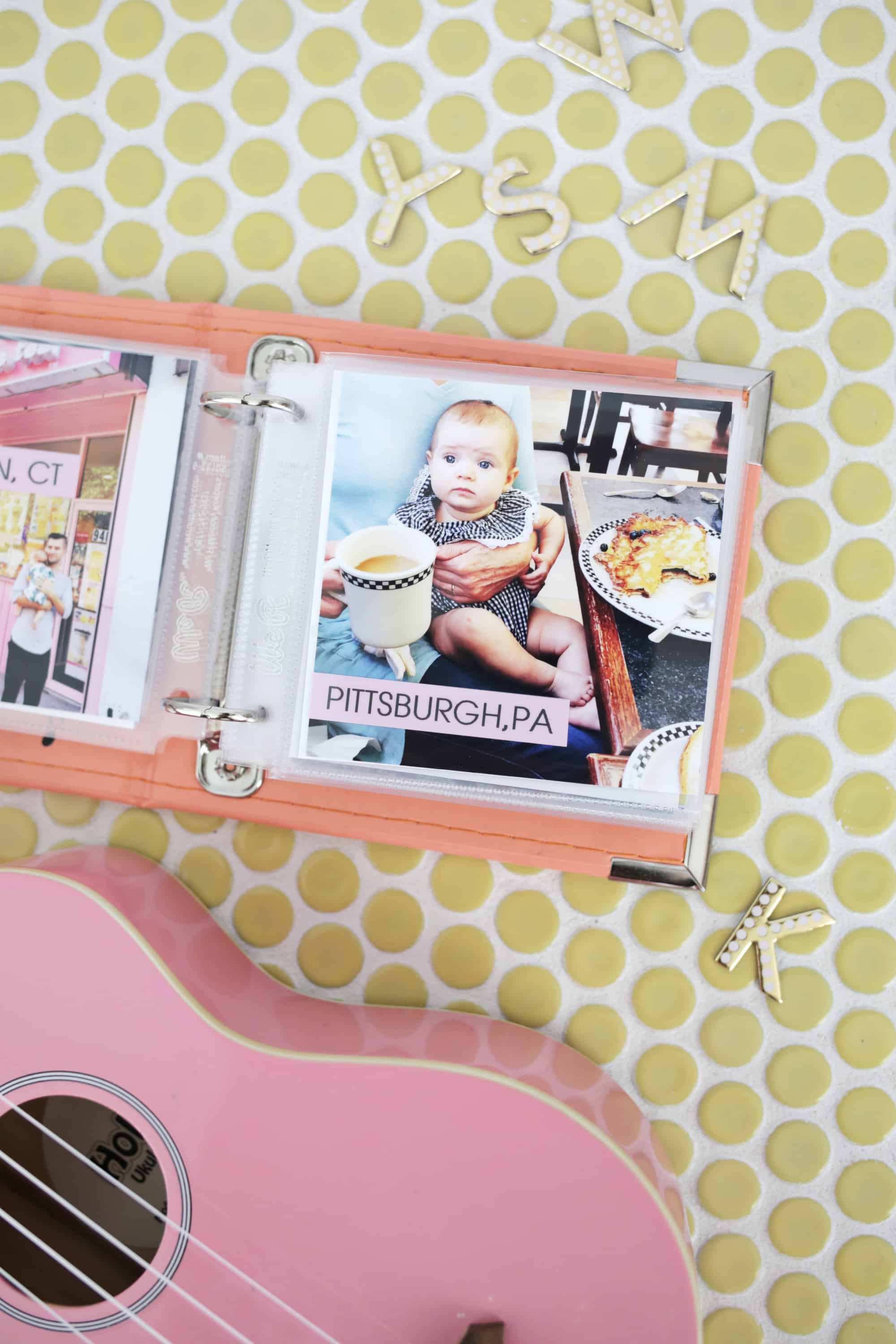 That’s my mom holding her there—isn’t she the cutest little peanut?? And if you are ever in Pittsburgh, you HAVE to go to Pamela’s for their crepe pancakes—they are simply the best! 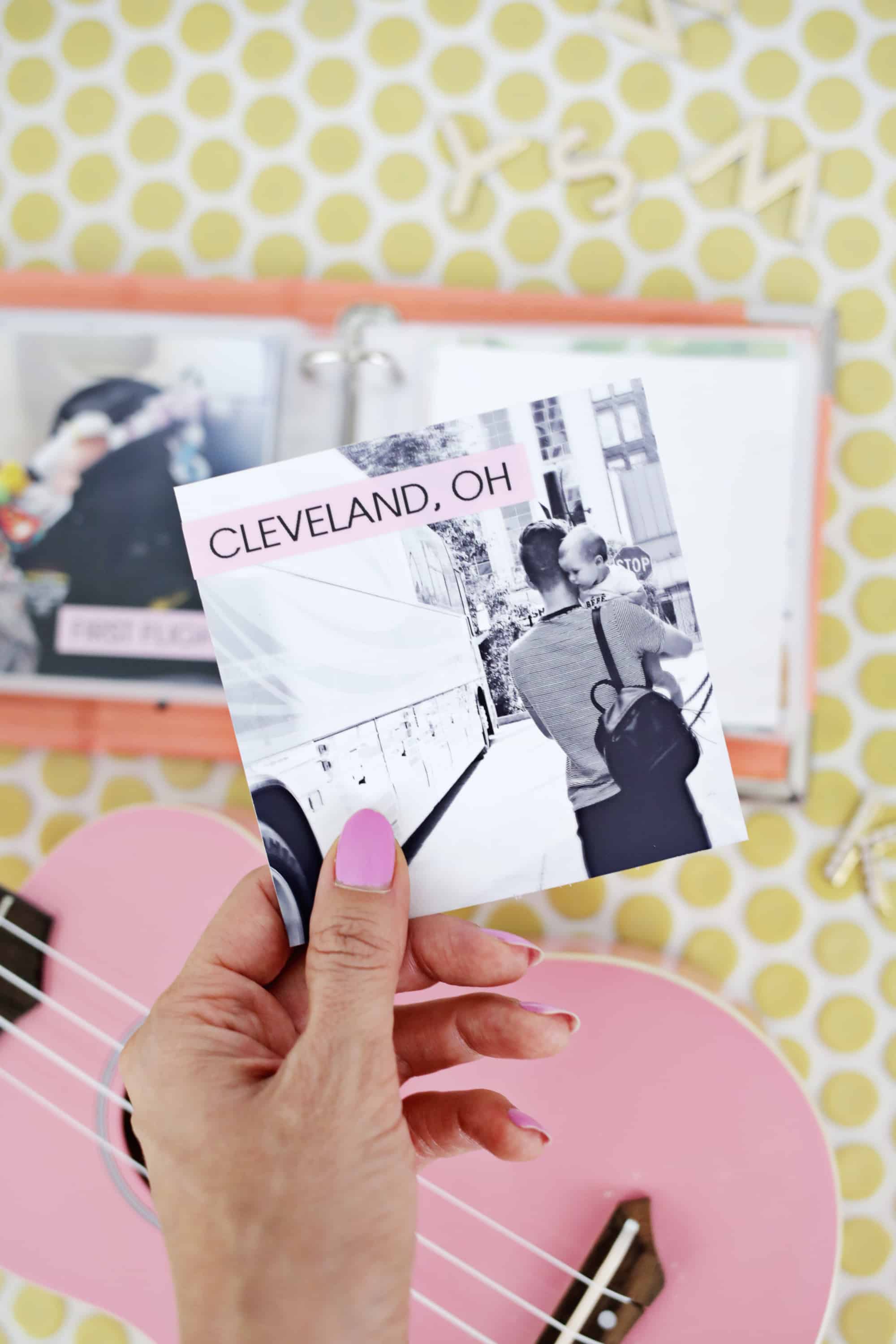 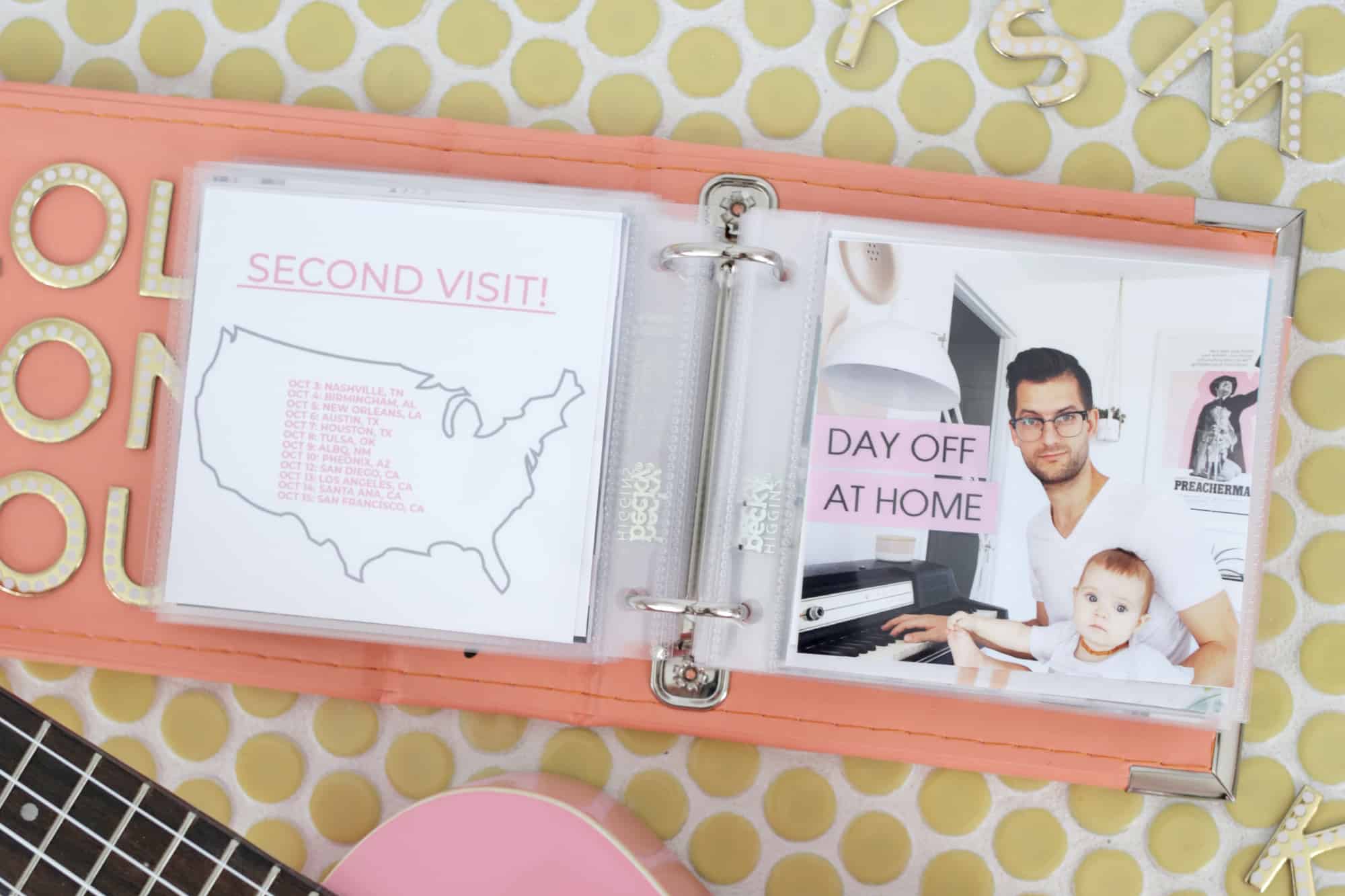 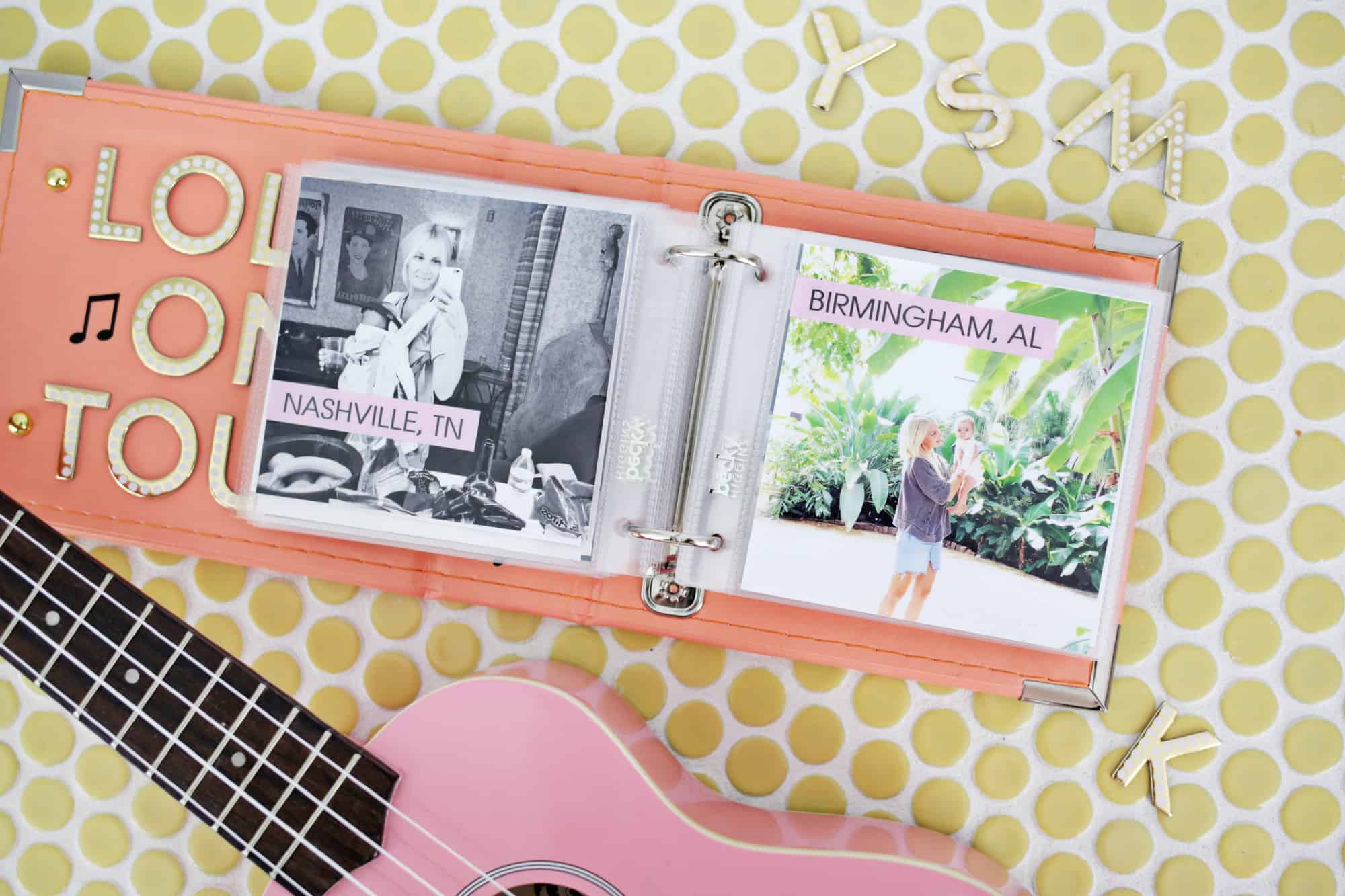 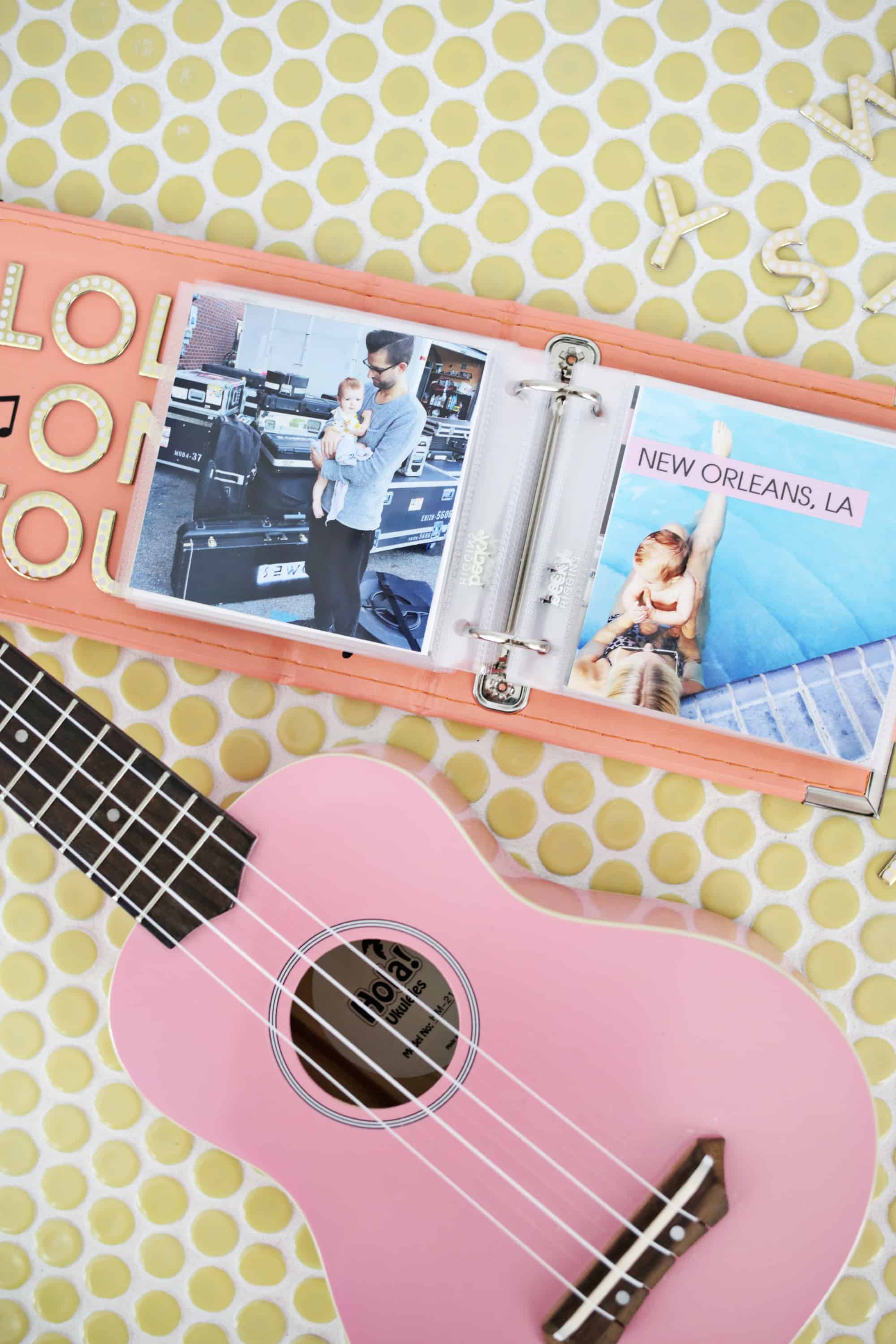 Some of the photos are out at cool places that we got to visit in each city, but a lot of the pictures are also of us hanging out in the bus, or setting up the baby gym in a green room. Although most of them were nice, there were one or two backstage areas where I was super glad she wasn’t crawling yet—definitely not clean enough for babies! 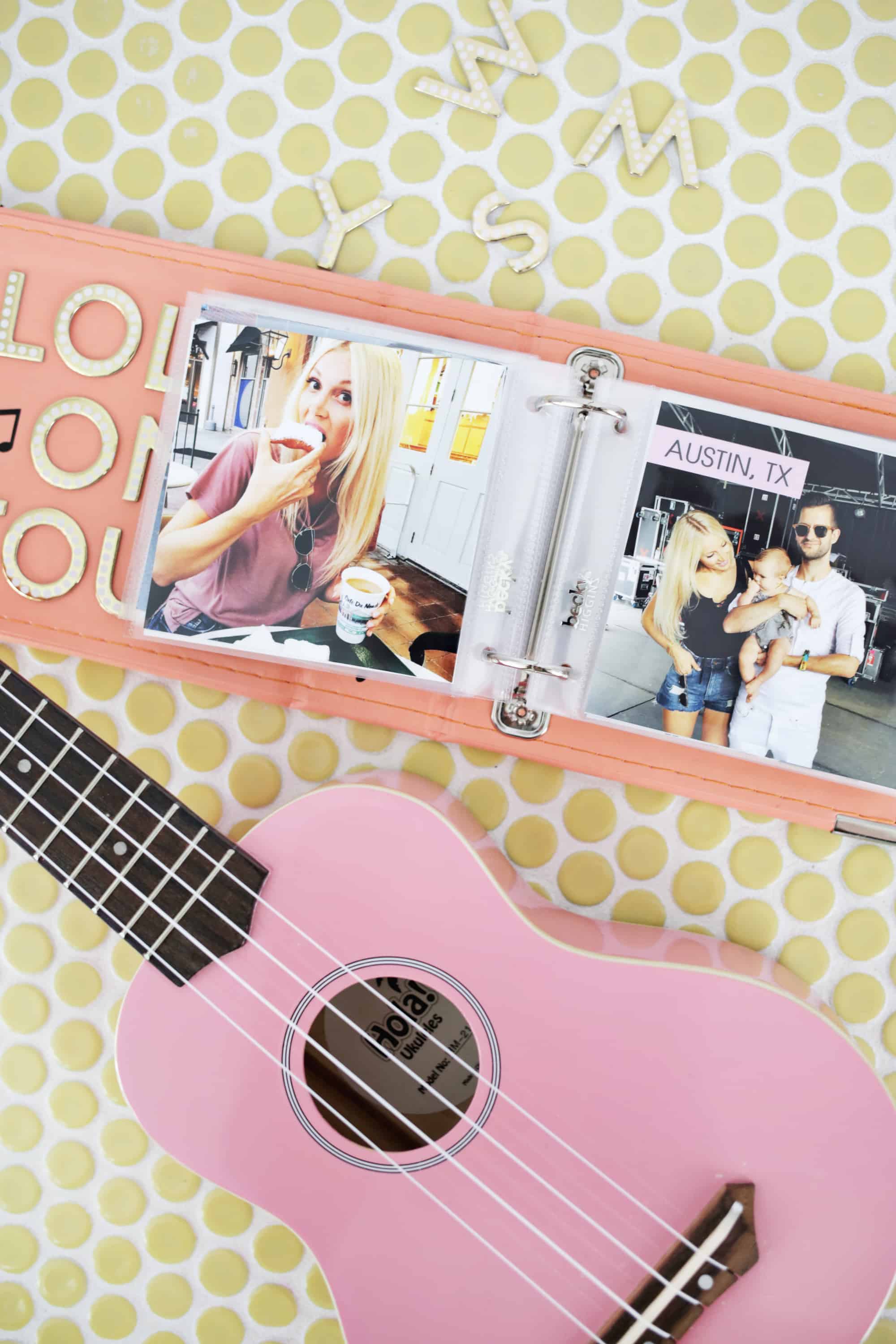 I got to have my first Cafe Du Monde just outside of New Orleans, which I was very excited about since I’ve heard Todd talk about their beignets so often—we got two orders, it was so good!! 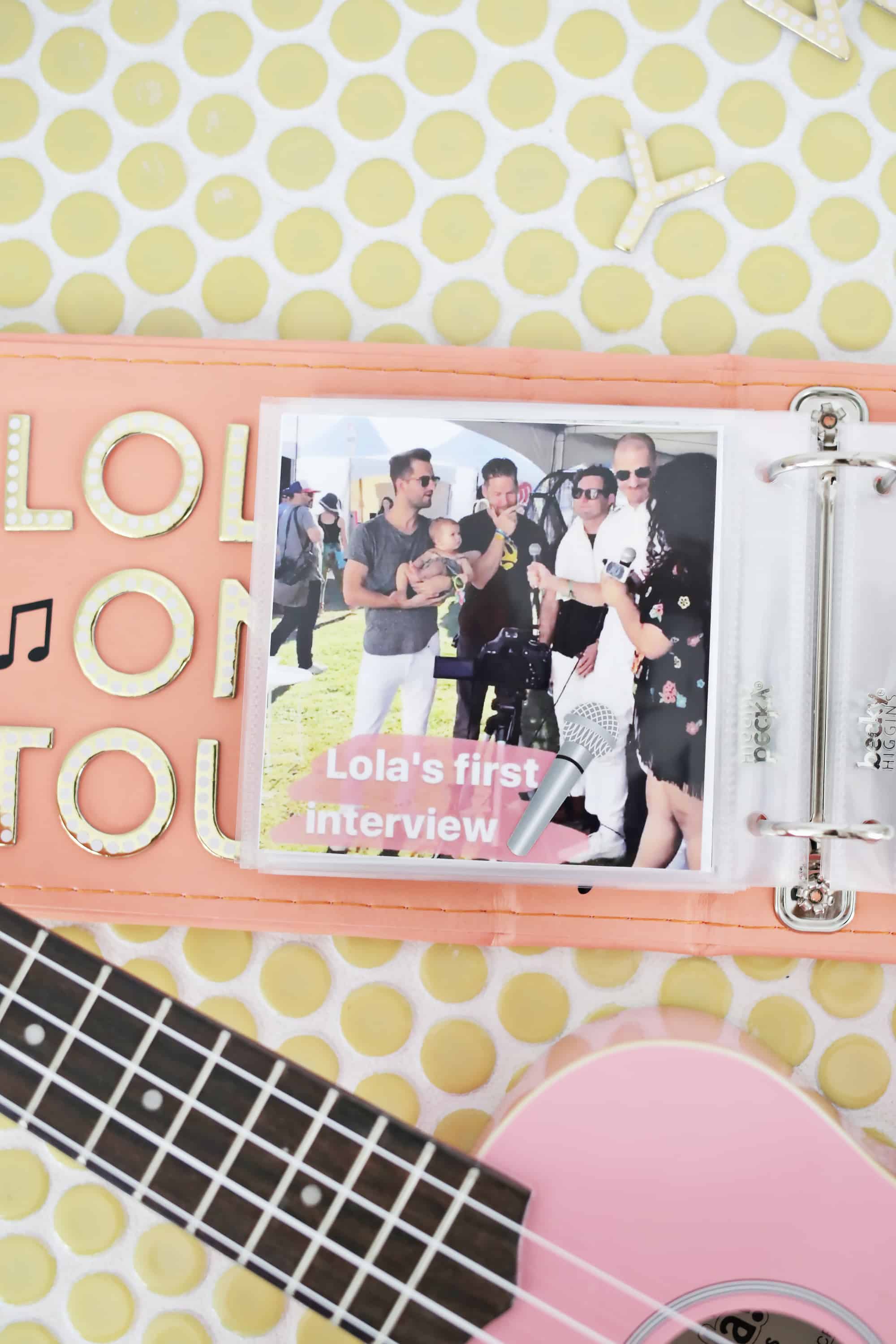 Lola also made it into some of the band interviews at the Austin City Limits Music Festival, which was just too precious to watch! 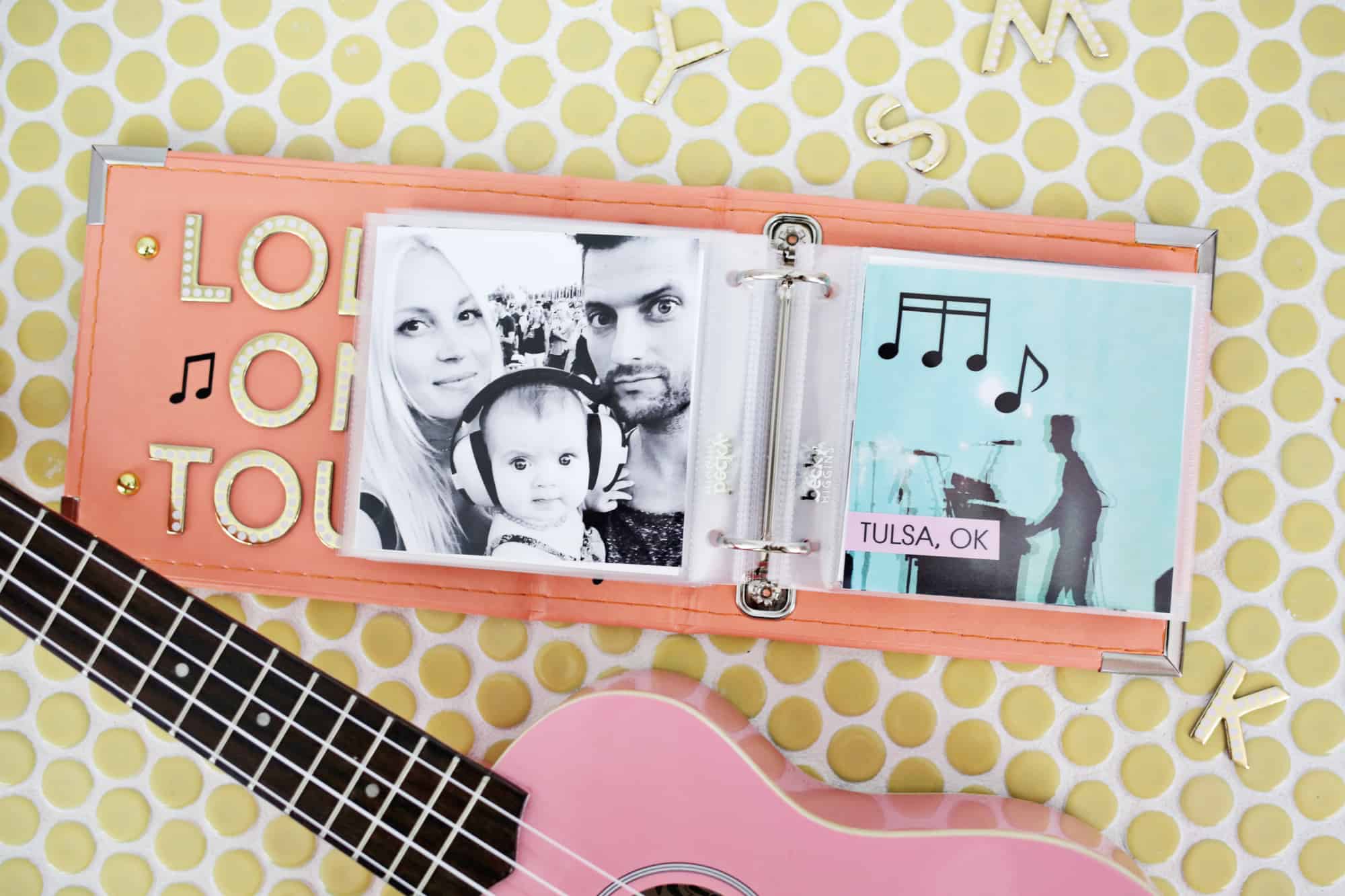 That photo of us and Lola in her baby headphones is one of my favorites to this day! Those are a must for a baby on tour! 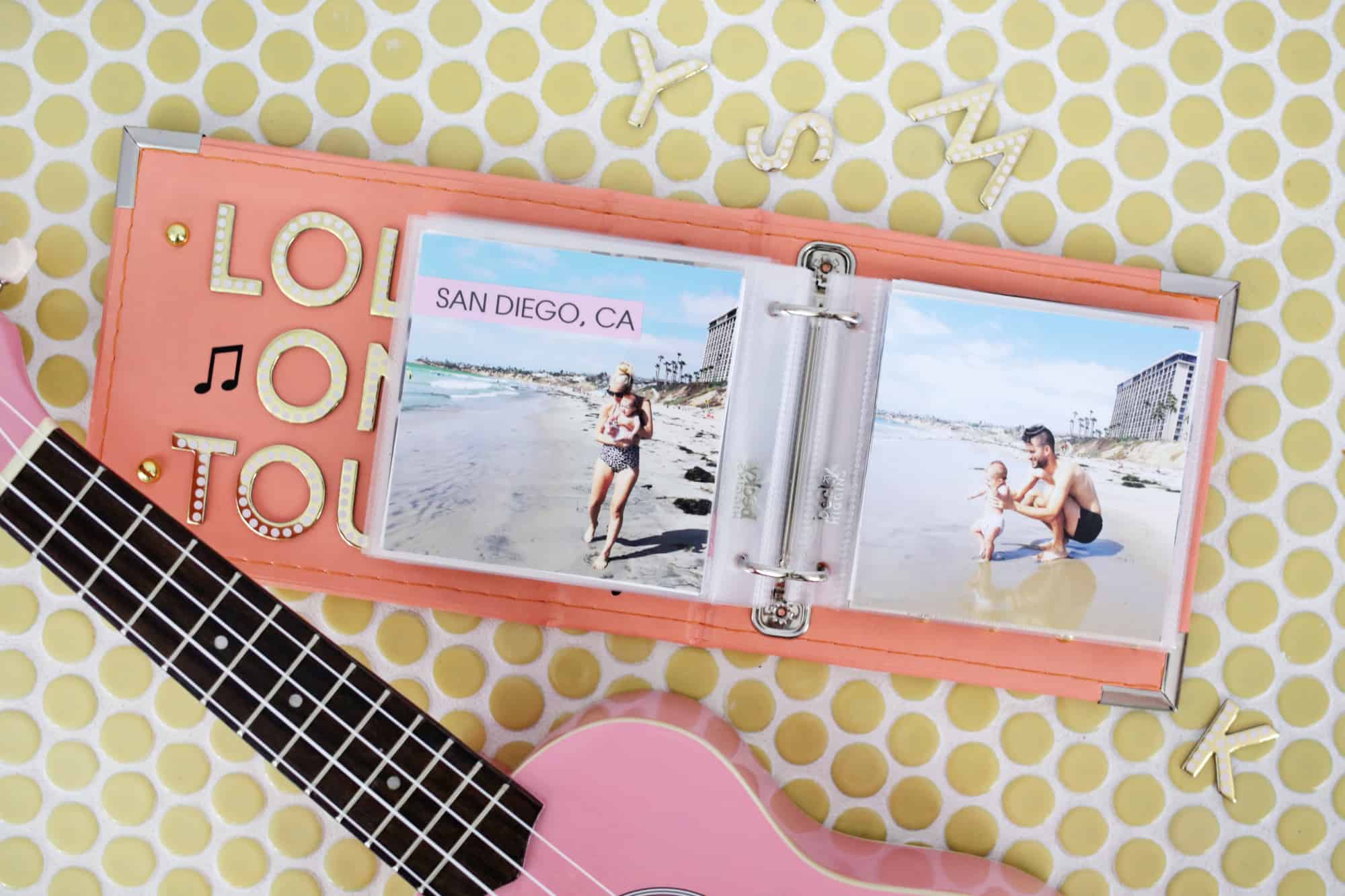 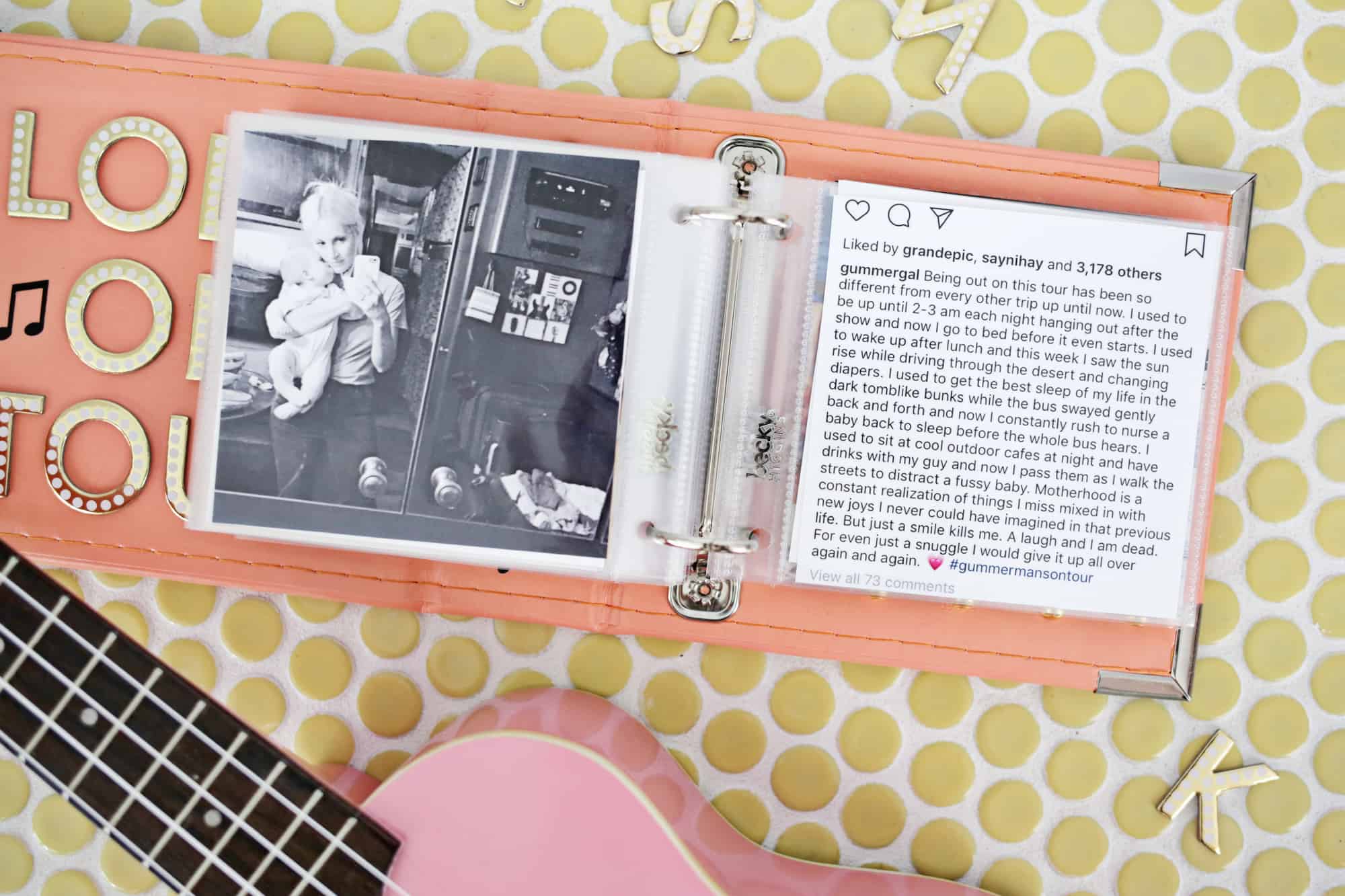 Like I was saying, this tour was really hard for me in a lot of ways, so I added in this post that I put up one night to show her a bit of how difficult yet special it was to be out with her from my perspective … 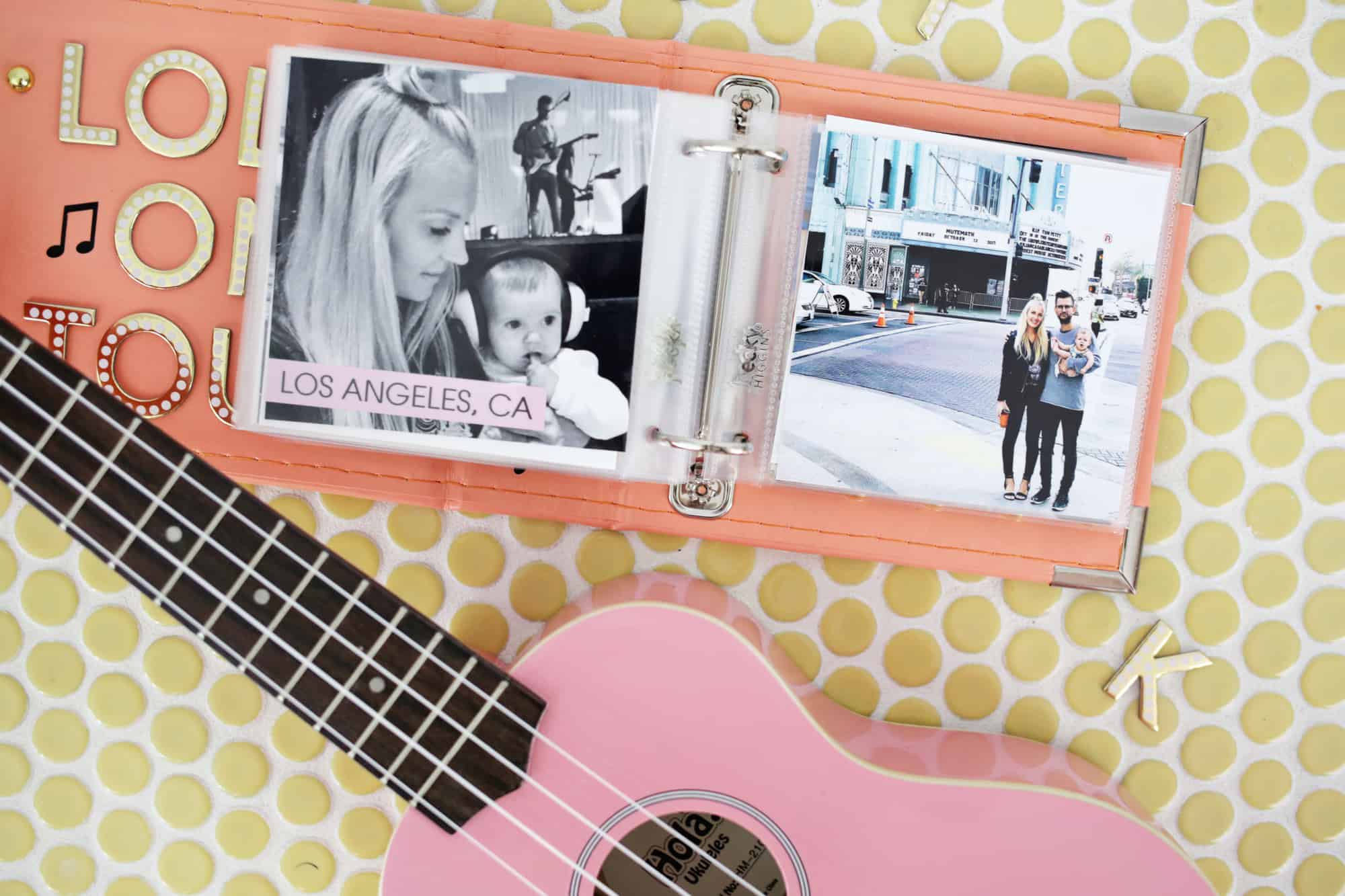 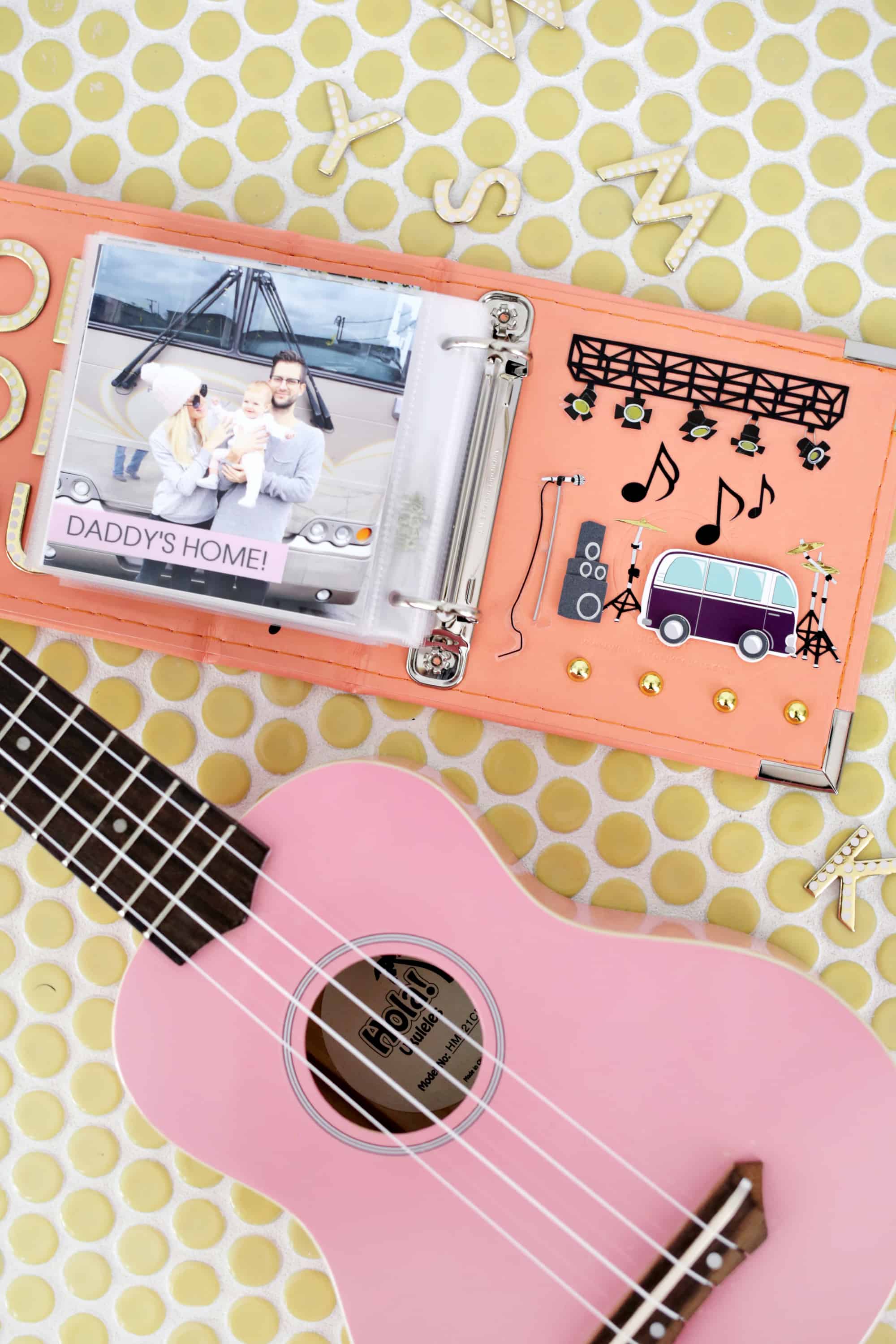 I wanted to make a little stage scene on the last page (stickers are from JoAnn’s) and I think it was the perfect way to end the book. I’m so glad that I finally got this together and I can’t wait to share this book with her when she’s older and show her all the fun adventures we had in her first year of life (the beach, Disneyland, and visiting the Full House street being some of them!). Thanks for letting me share it with you! xo. Laura

Loved your trip, your photos and your album,

This might be the coolest “baby’s first” book I’ve ever seen.
I love the look of the labels on the pictures!

I absolutely love this post, these photo books that you make are so inspiring, it makes me want to have a go at making my own!
Love, Kate x

You can do it Kate, go for it!

What a surprise! Been a fan of mutemath since 2006! <3 Cute scrapbook!

What a beautiful little family on such a fun adventure.

I love that you took Lola on tour! You’re making such special memories with her, even if she doesn’t realize it yet.

Yes, that’s why I thought it would be fun for her to look at the book later since she won’t remember any of it otherwise!

I love all these little notebooks and memory books you guys always make. They’re the cutest and they remind me of why I love scrapbooking so much! 🙂